If you're anything like me, you snack. Girl, you snack A LOT. 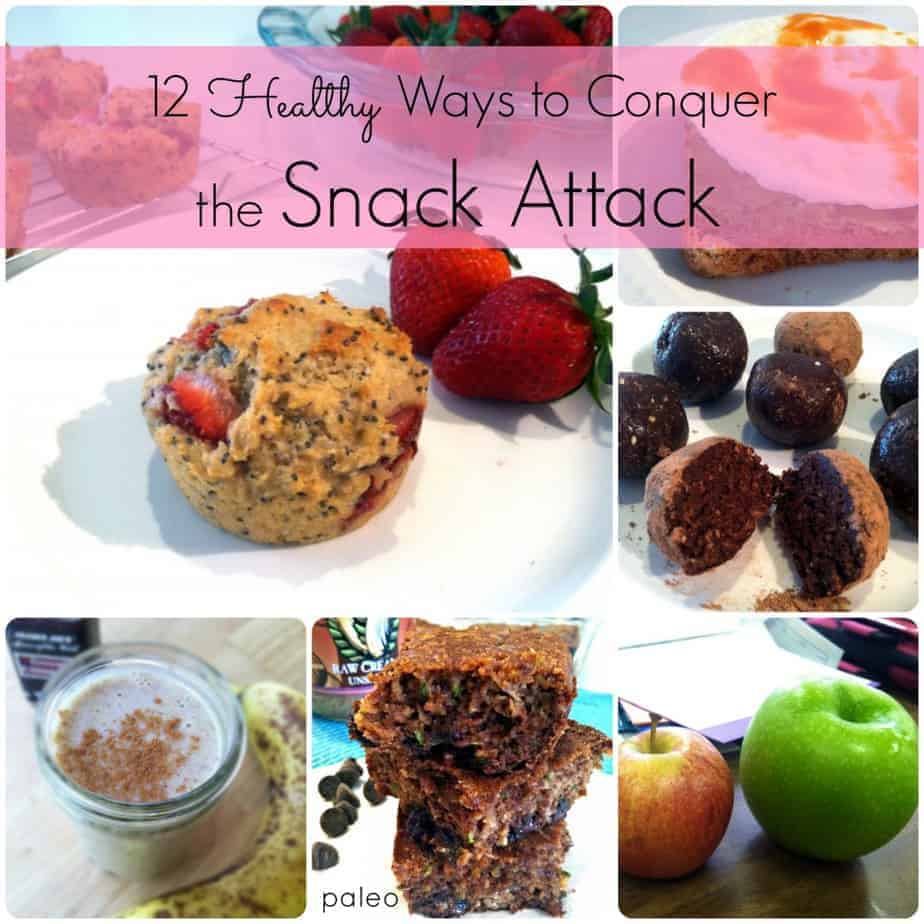 You nosh on a bite of something or other around 11am because you can't possibly hold out till noon when it's socially acceptable to eat lunch. You grab an energy bite or a massive amount of crackers and hummus around 4 or 4:30 and accidentally spoil your dinner appetite. Don't get me wrong--you're still famished when dinner rolls around...but maybe not until 7:30. Oops.

Let me be blunt here. Unfortunately, snacks have become synonymous with packaged crap. Feeling tired around 3 o'clock? Grab a 100 calorie pack of cheese nips! Or better yet, a granola bar with sugar (or some other name for sugar) starring as the first ingredient in the snack-time show. The bottom line is that people flock to salty and sweet vending machine treats that are completely void of nutrition to make it through the mid-day slump. Why? Well, most people don't know and better. It's also easy, fast, convenient and cheap. But hey, so is throwing a quarter cup of almonds in a bag. It's your health. You're the one in charge. If that's you I just described, it's time for a change my friend. 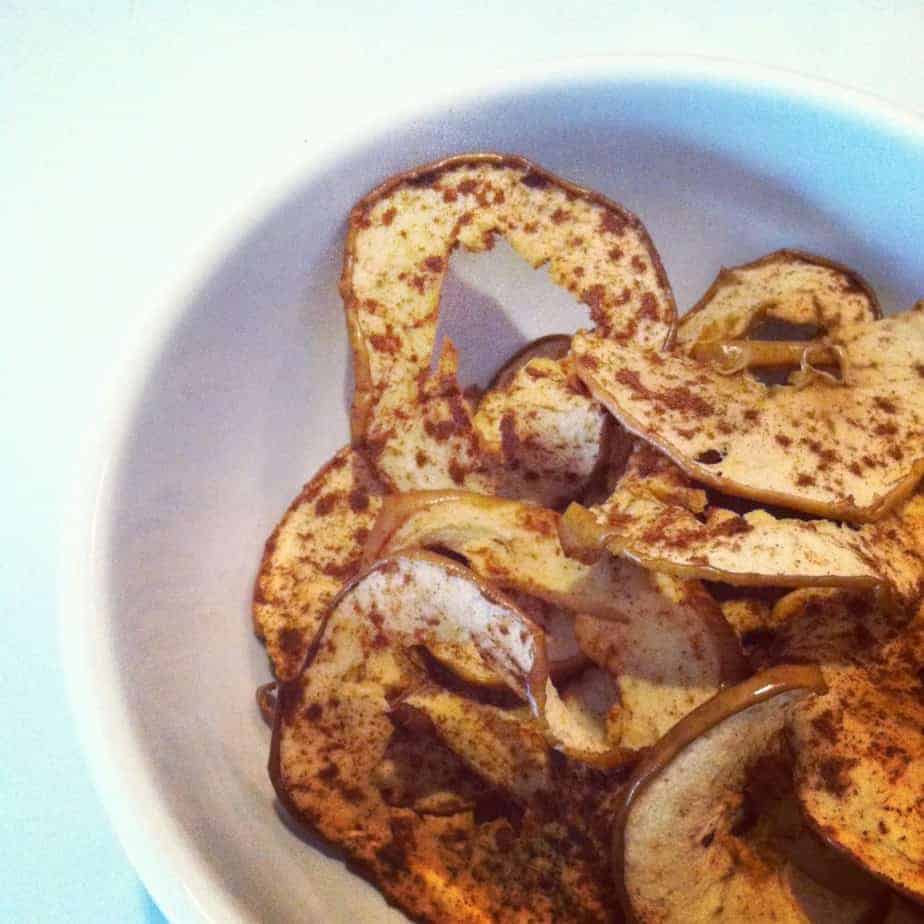 Preparing ahead of time is the key to success in all areas of health. Maybe it means prepping your morning oatmeal or smoothie the night before so you don't end up buying a 400 calorie, zero fiber bagel smeared with cream cheese before work. Maybe it means defrosting your frozen salmon, hard-boiling a dozing eggs, making a huge batch of quinoa and and pre-chopping your veggies on a Sunday so you have yummy, healthy lunches for the work week. For me, it means packing a baggie of oats, chia seeds and berries the night before so I can have my morning oatmeal before babysitting. It also means immediately throwing my dinner leftovers in a Tupperware with extra brown rice and snap peas so I have an easy lunch ready for tomorrow.

Snacks are basically mini meals. I don't count calories, but snacks should typically have somewhere around 200 calories. It's also essential to have enough protein and fiber to keep you full until your next meal, some complex carbohydrates for an energy boost and some healthy fat for satiating stayer power. Having a small bowl of leftovers from whatever you had the night before is perfectly fine, too. You don't need to associate the word "snack" with something pre-packaged.

With a little inspiration and a bit of willpower, you'll be crushing your snack cravings in no time. So without further adieu, are some of my fave was to conquer the snack attack:

Baked sweet potato with almond butter: Pierce a few sweet potatoes several times with a fork. Place on a baking sheet and bake at 400 degrees for 45 minutes. Once they're cooked, slice one open and smear with a spoonful of almond butter and a hefty dash of cinnamon.  Store the others in the fridge for future dinners and snack attacks. 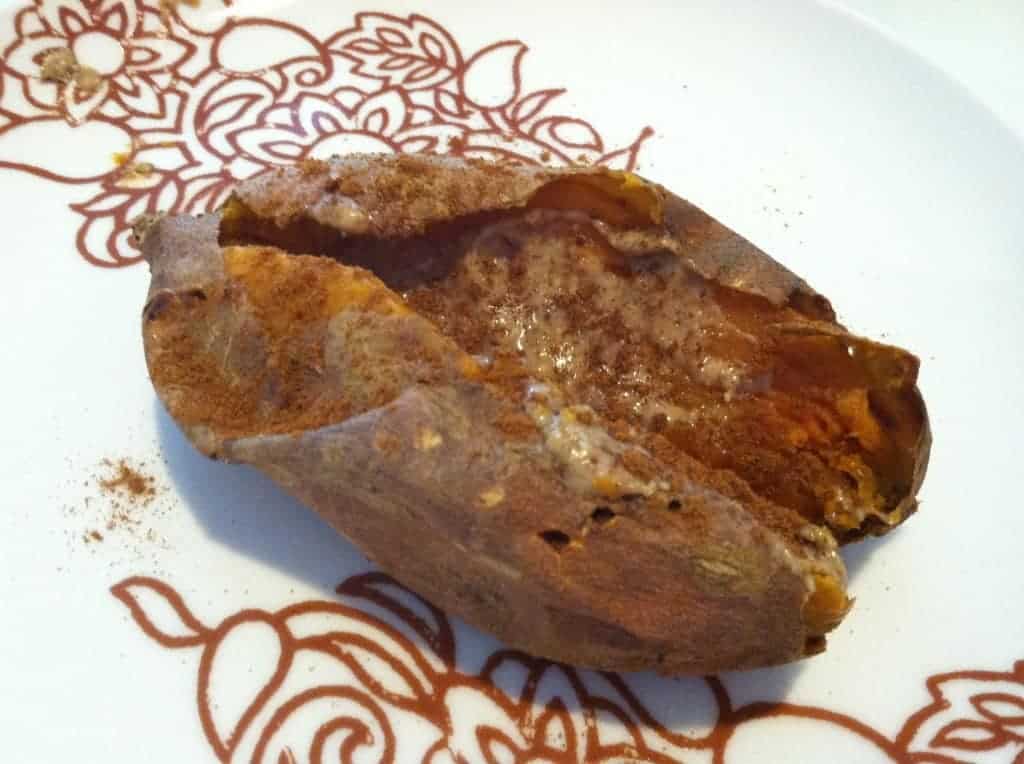 Garlic hummus with 100% whole-grain crackers: I probably eat ¼ cup of hummus when I snack. I like Trader Joe's freshly made original hummus dip (with the red writing on the cap). Pair it with a handful of 100% whole-grain crackers, such as Triscuits, Wasa crackers or my favorite Mary's Gone Crackers.  Note: Pretzels are not a healthy snack. Yes, they're low in calories, but they're made of refined white flour and won't do munch to ward off your hunger.

100% whole-grain muffins: Almost every week, I make a batch of whole-grain muffins that are low in sugar to snack on during the week. These aren't cupcakes disguised as muffins. Lots of them are made with almond meal, so they have a hefty amount of protein and fiber. My go-to's are coconut mango Greek yogurt muffins, strawberry lemon chia muffins, date-sweetened banana mango coconut muffins, or pumpkin quinoa muffins.

Snickerdoodle smoothie: Blend together a cup of unsweetened vanilla almond milk, a big handful of frozen banana chunks, a tablespoon of almond butter and half a teaspoon of cinnamon. It tastes creamy and dreamy and fits the nutrition bill, too. Add a handful of spinach for bonus points. 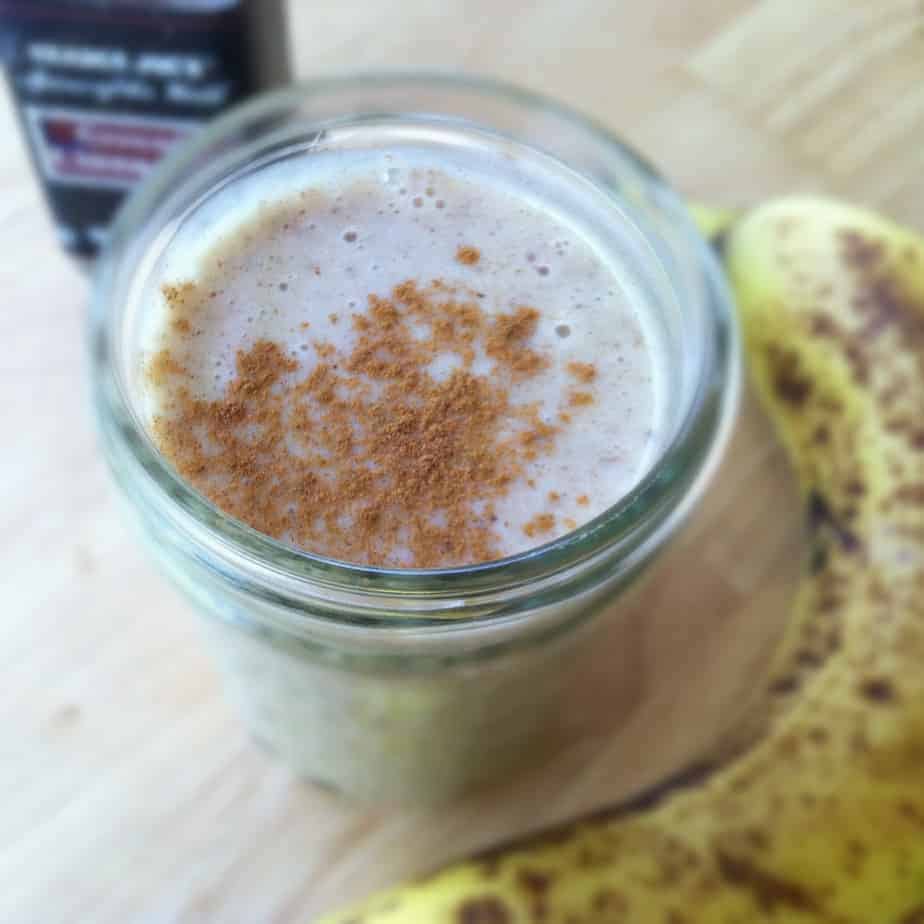 Ezekiel sprouted grain toast (or another 100% whole grain bread) with peanut butter and sliced banana: This is one of my favorites. I love Ezekiel's ingredient list, but any bread will do. A sprinkling of cinnamon doesn't hurt, either. 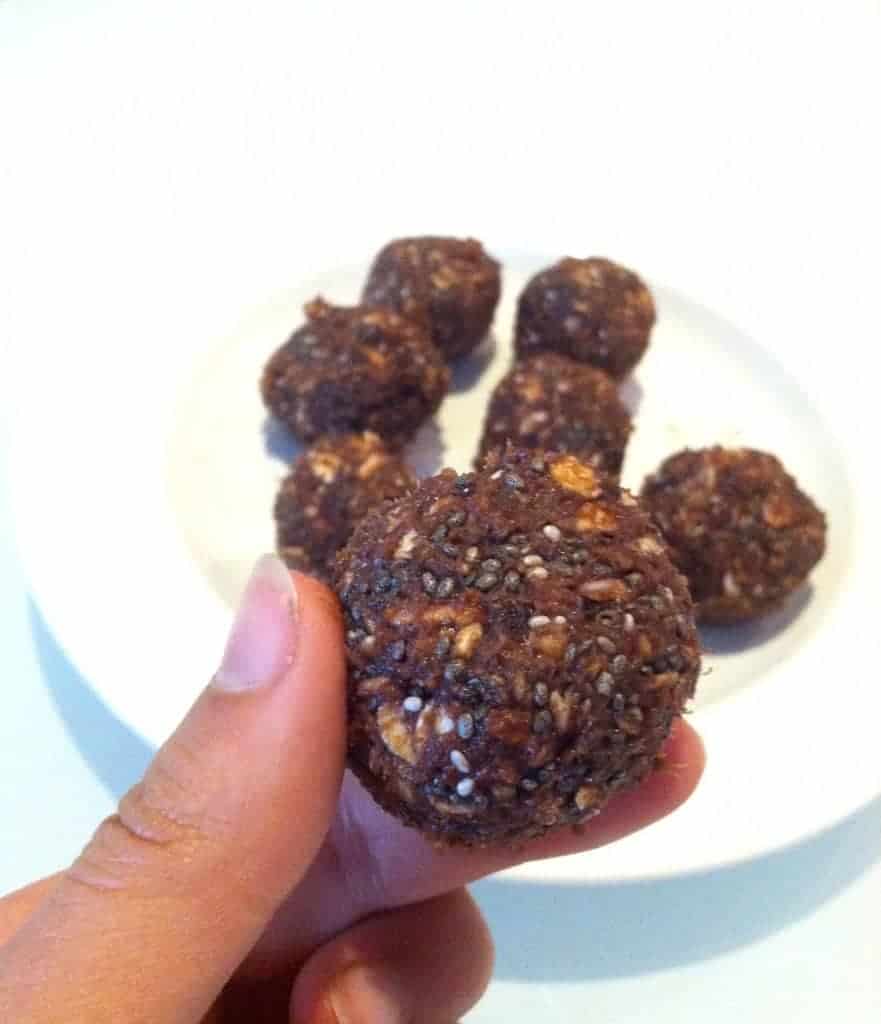 Siggi's Greek yogurt with berries and granola: I chose Siggi's because it's much lower in sugar than other common brands. Chobani typically has around 18g per serving, which is too high for my liking. Siggi's isn't cheap, so you could also just buy plain, un-flavored Greek yogurt and sweeten it with 100% fruit jelly or a swirl of honey. I like to add a handful of blueberries and a small handful (maybe two tablespoons) of homemade granola.

Chia pudding: You'll thank me for all the fiber in this baby--it'll keep you full forever. Simply stir together a cup of unsweetened vanilla almond milk, 3 tbsp of chia seeds, a tablespoon of pure maple syrup and a dash of vanilla. Let it sit overnight in the fridge, then eat about half for a snack. Or try my chocolate covered strawberry version. 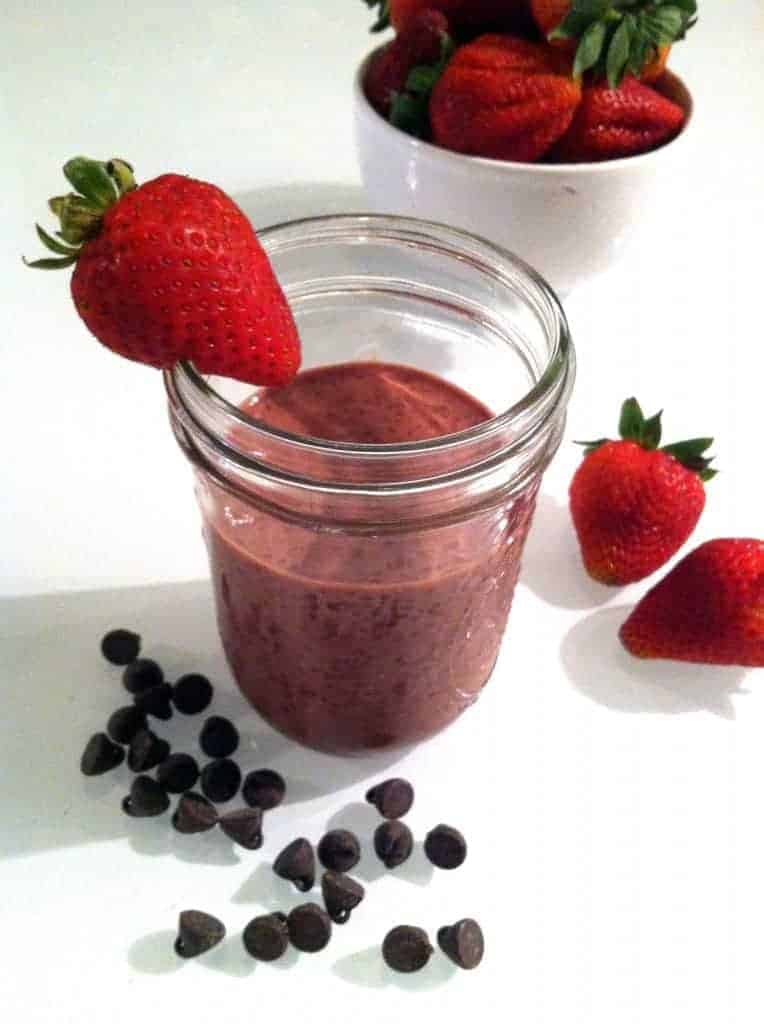 Almonds and dried fruit: When you're in a hurry, put ¼ cup of almonds in a bag with two tablespoons of dried fruit, like cherries, apricots or canberries.

Avocado toast + hard boiled egg: I just die for creamy avocado smushed on toast. I eat it for breakfast all the time topped with eggs and hot sauce. Toast a piece of 100% whole grain brean and smush on ¼ of an avocado. Season with a dash of salt and pepper and pair with a hardboiled egg for some protein. 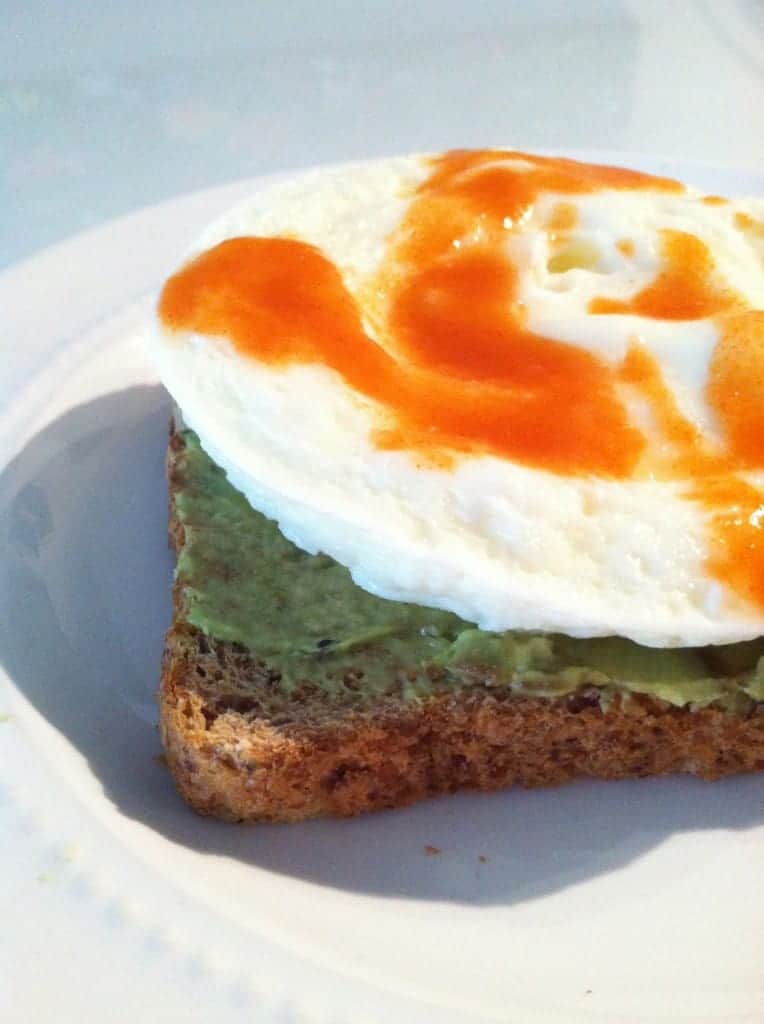 Fresh fruit and nut butter: Easy peasy. My favorite combos are apple and almond butter or banana with peanut butter.

Paleo Almond Butter Zucchini Bars: This is my most popular recipe on the blog, and for good reason! They're super easy to make, super healthy, and super perfect for snacking. 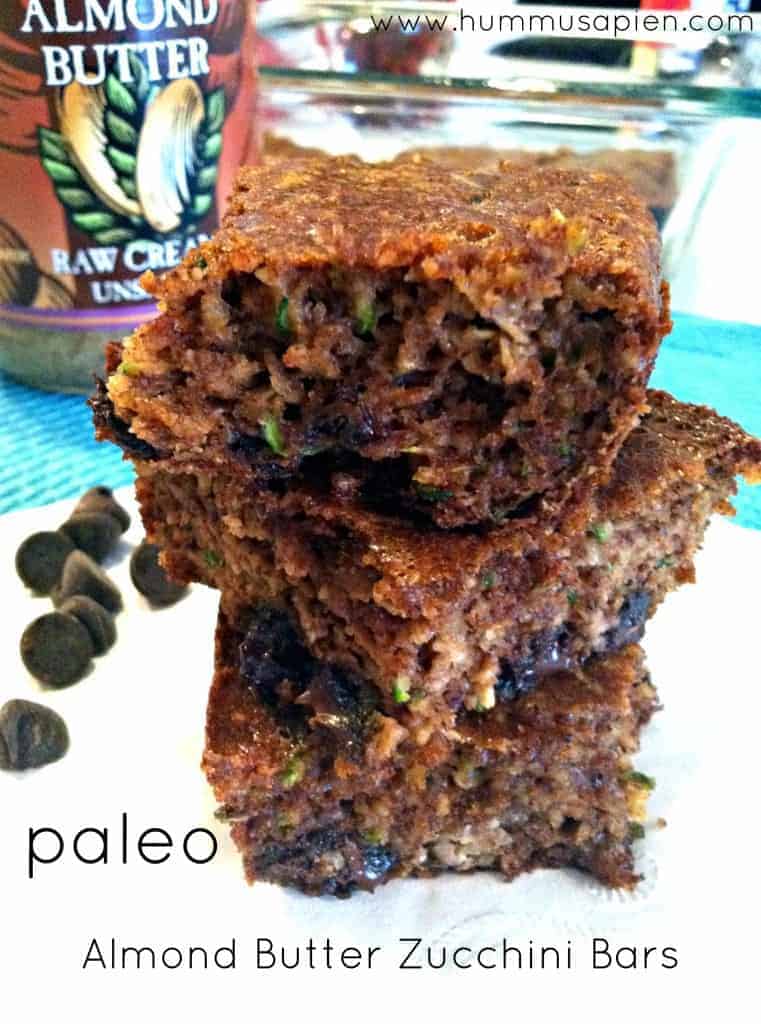 There you have it. Consider your snack cravings conquered!