I have to tell you a secret. 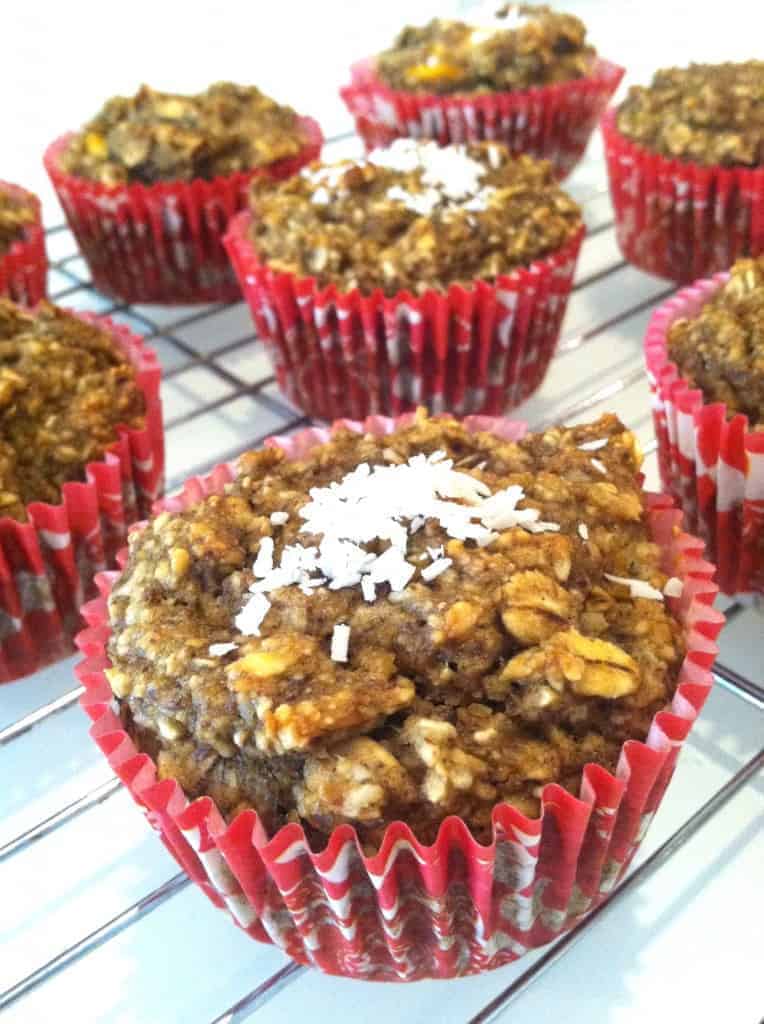 These little gems have no added sugar and no oil. Shhhhhhhh! And no, they don't taste like cardboard. Or Grape Nuts.  I swear.

Last weekend, I really had an itch for banana bread. I made a fabulous one for the boyf and the healthiest thing about it was the bananas.  But who cares if it's called best-ever banana bread, right? I ditched the cream cheese frosting and used chocolate chips instead of pecans. Otherwise, I followed the recipe exactly. White flour, brown sugar, the whole shebang.... and it was sinfully good.  Perfectly moist and loaded with chocolate chippies just like I like it. 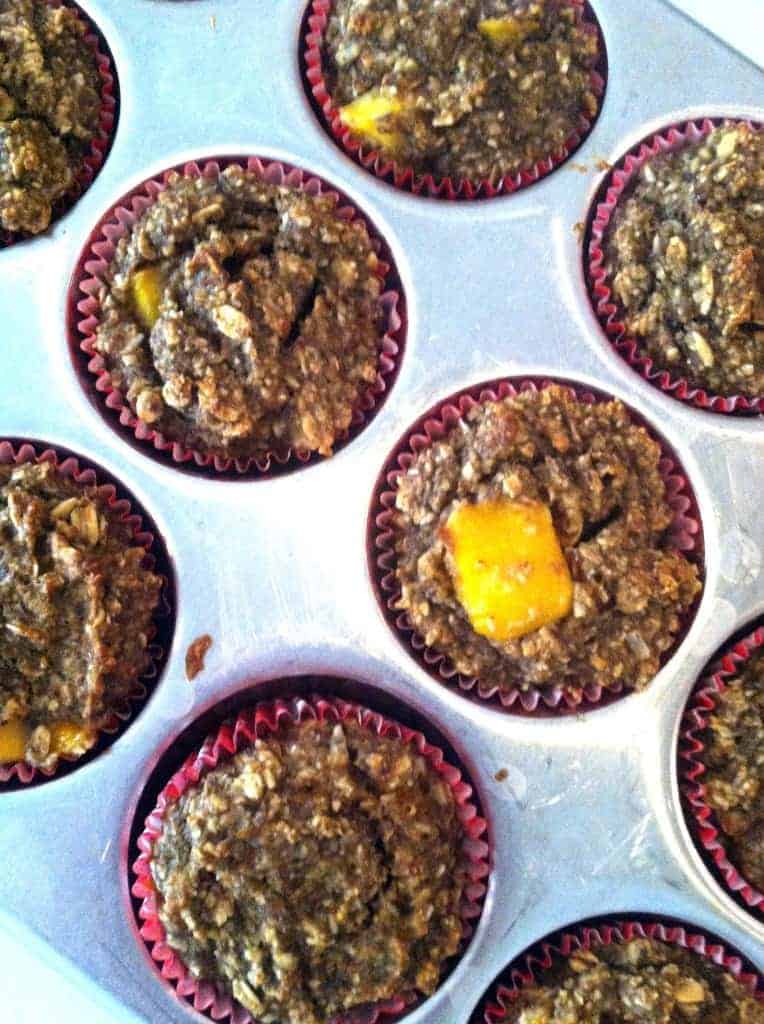 It's not always kale and lentils over here! It's the kind of dessert I would make for a friend or a gathering, not something I would want sitting around my own house tempting me all day long. If you need a not-so-healthy but oh-so-delicious banana bread to please a bunch of people then that recipe is the one. 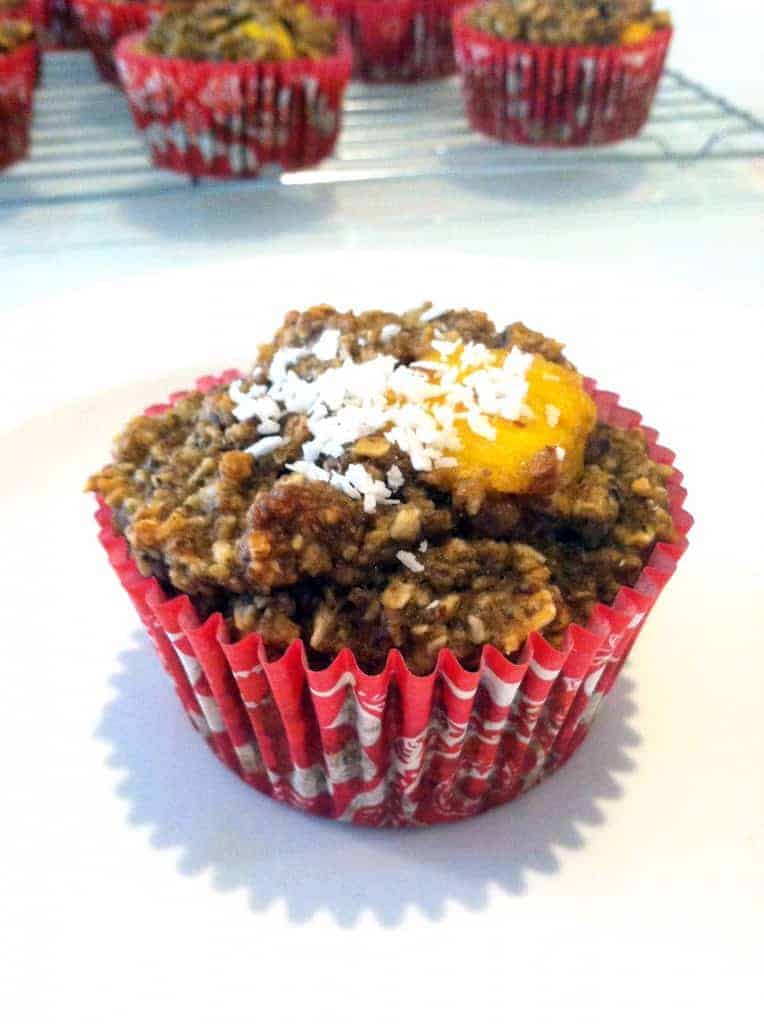 If you're feeling sugar overloaded after eating, oh I don't know, just Jeni's cloverton ice cream with salty caramel sauce and donut gravel....then make this one. It's sweetened with overripe bananas and dates, so you don't have to worry about eating three teaspoons of added sugar with each bite.  I basically took my beloved dark chocolate chunk banana bread and changed it a bit to adapt to my tropical mango coconut obession. I originially planned on making it as a loaf, but since the boyf still had my loaf pan, I made them into muffins. You could easily make this in a loaf pan, but you'll have to bake it much longer (about an hour or so). 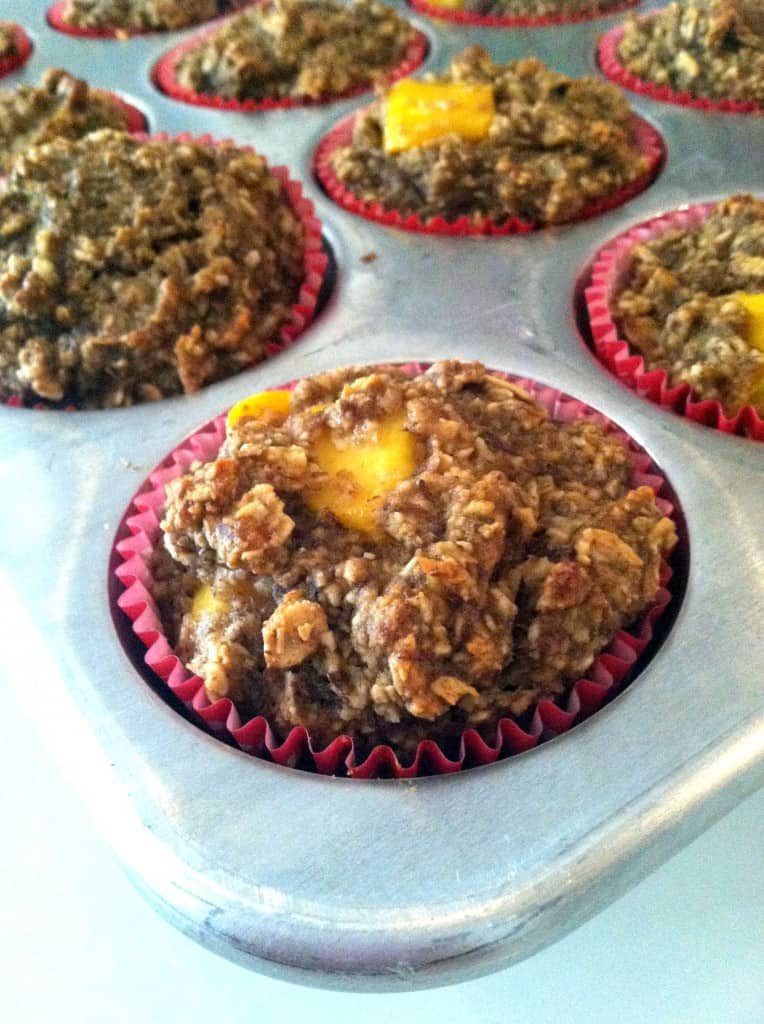 Using almong meal in baking makes the end product so ridiculously moist. As I've mentioned before, I get mine at Trader Joe's in the baking section for $3.99. It's a great sub for traditional flour, whether you follow a gluten-free diet, a low carb diet, or an I-just-want-a-really-moist-muffin diet. These muffs are packed with nutritious goodies like oats, almonds, applesauce, bananas and ground flaxseed. They're vegan, gluten-free (as long as you use certified gluten-free oats) and truly a snack you won't feel guilty about.

Guilt-free muffies are where it's at, people! 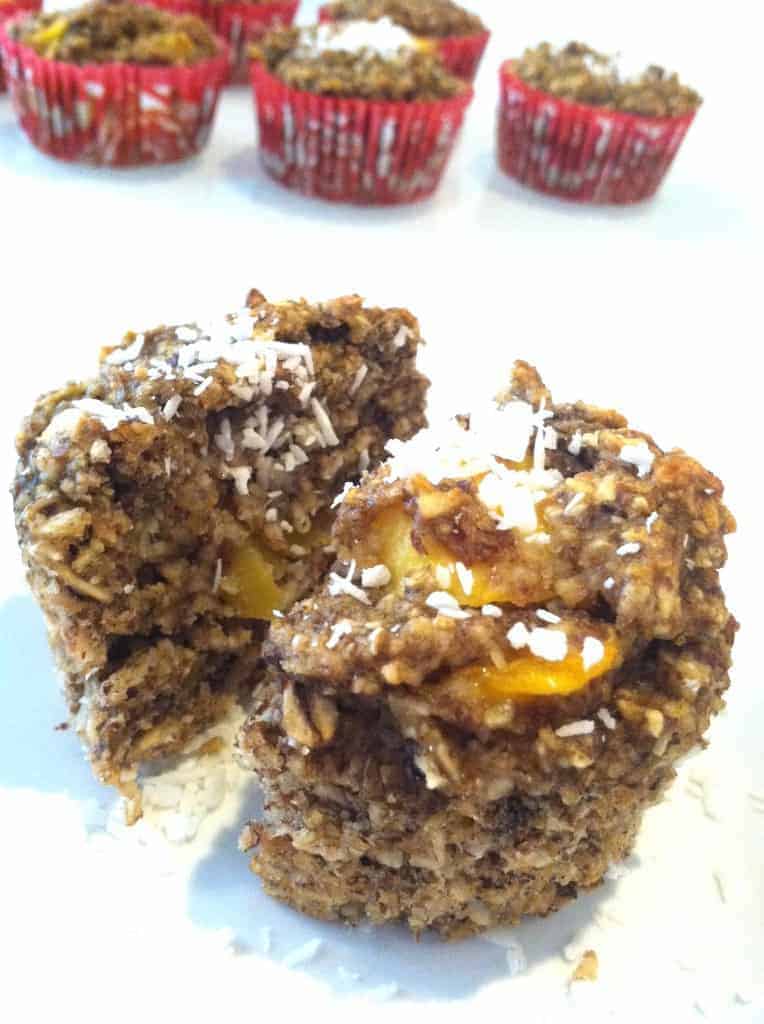