Welcome to another episode of let's-stuff-veggies-into-everything-possible. 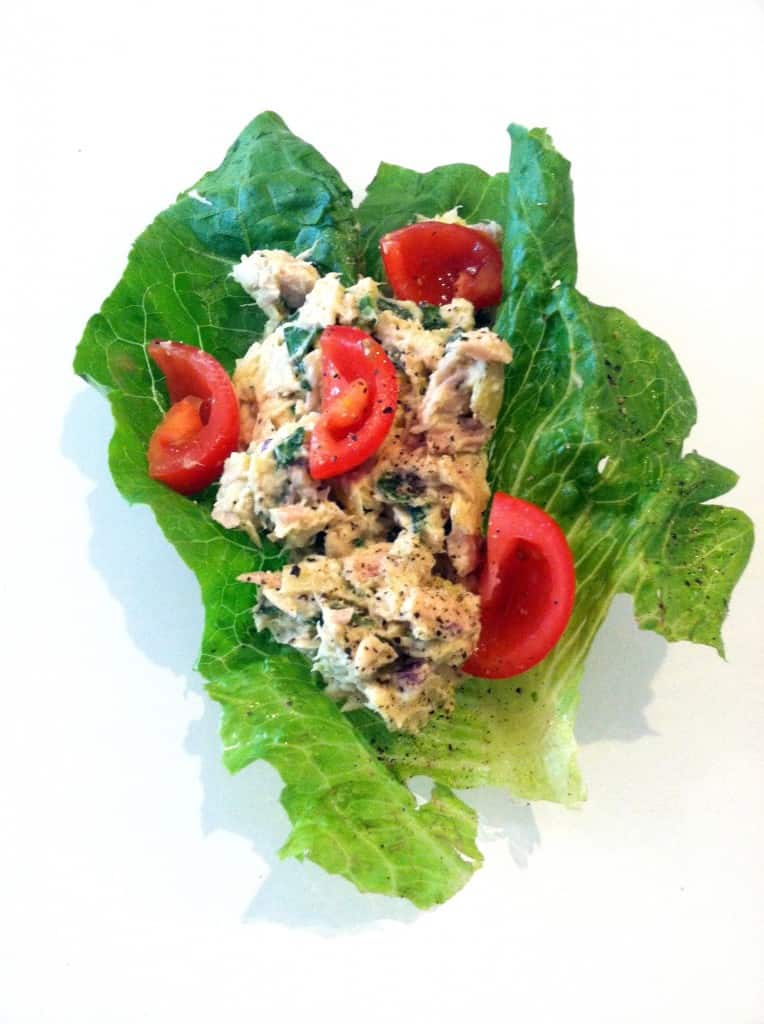 This tuna is ridiculously creamy sans the mayo. Hummus and Greek yogurt create the most fabulous pairing for canned tuna. The artichokies not only add a textural twist, but also a nice flavor and fiber boost. I don't hate it!I'm not gonna act like this taste like spinach and artichoke dip....it doesn't.

But maybe if you added some parmesan... 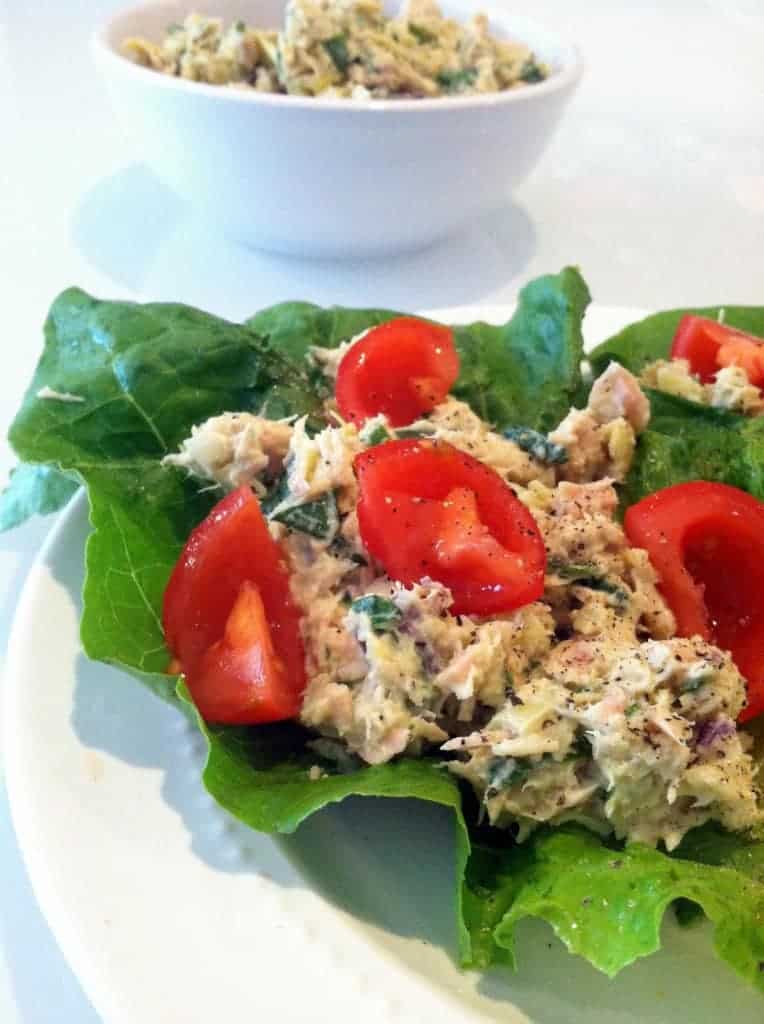 But no. It tastes like satisfying, creamy tuna salad with delectable bite of spinach, artichoke and onion.  I assure you it's just as delish as the Mediterranean Tuna Salad recipe I posted in April.  I served it in crisp romaine boats since I've been eating carbs like it's my job.  By the way, I got a humongous bunch of fresh romaine from the garden last week, and let me tell you...if you've only ever had store bought romaine that's basically half white, you haven't lived. The romaine from the garden is the most gorgeous bright green color. And it's totally green. Everywhere. 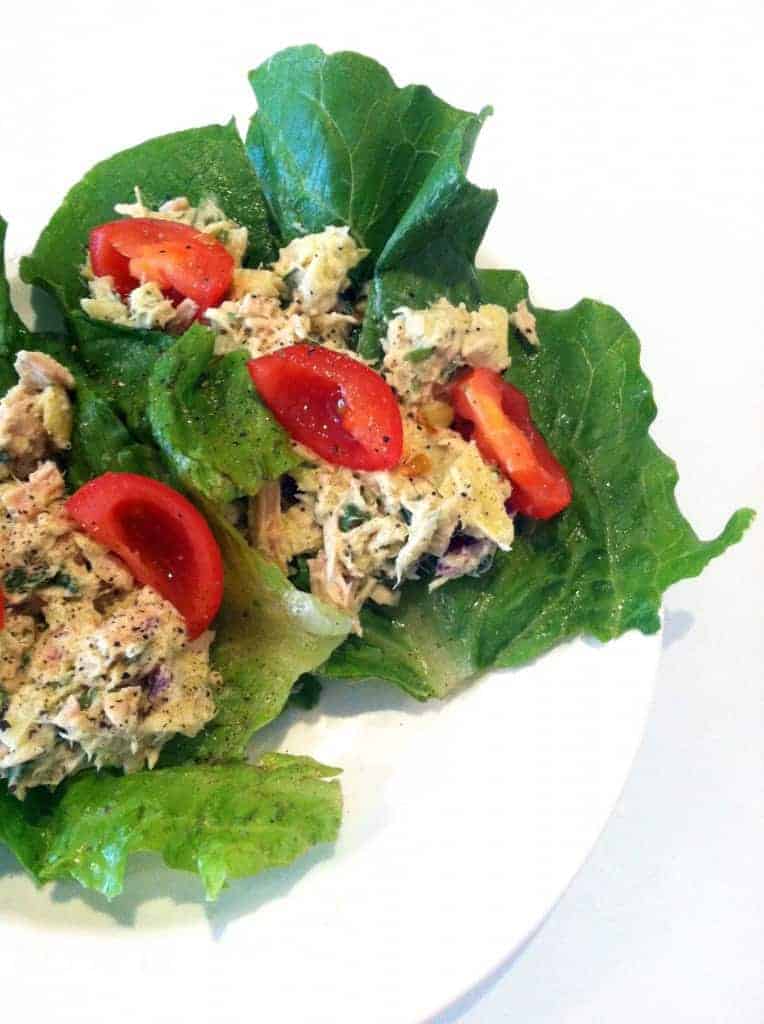 If you've been behaving yourself in carb land lately, feel free to enjoy this on some toasted whole-grain bread with, dare I say, a slice of herbed Havarti cheese? It's not like I've been dreaming about that lately or anything. 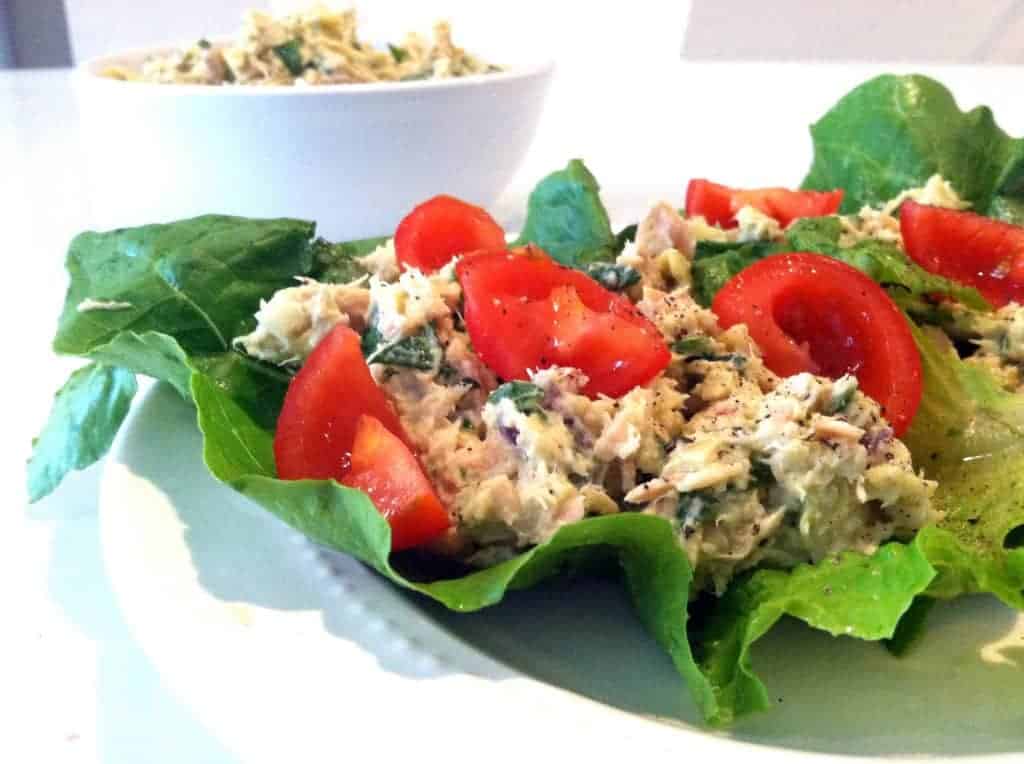 Nikki got a sneak peak of this recipe and changed it up with what she had on hand: canned salmon instead of tuna and kale leaves instead of romaine. This is totally adapatble, so throw in whatever you have. You could easily whip this up sans the spinach and artichoke--I just prefer bulking up tuna with veggie power. 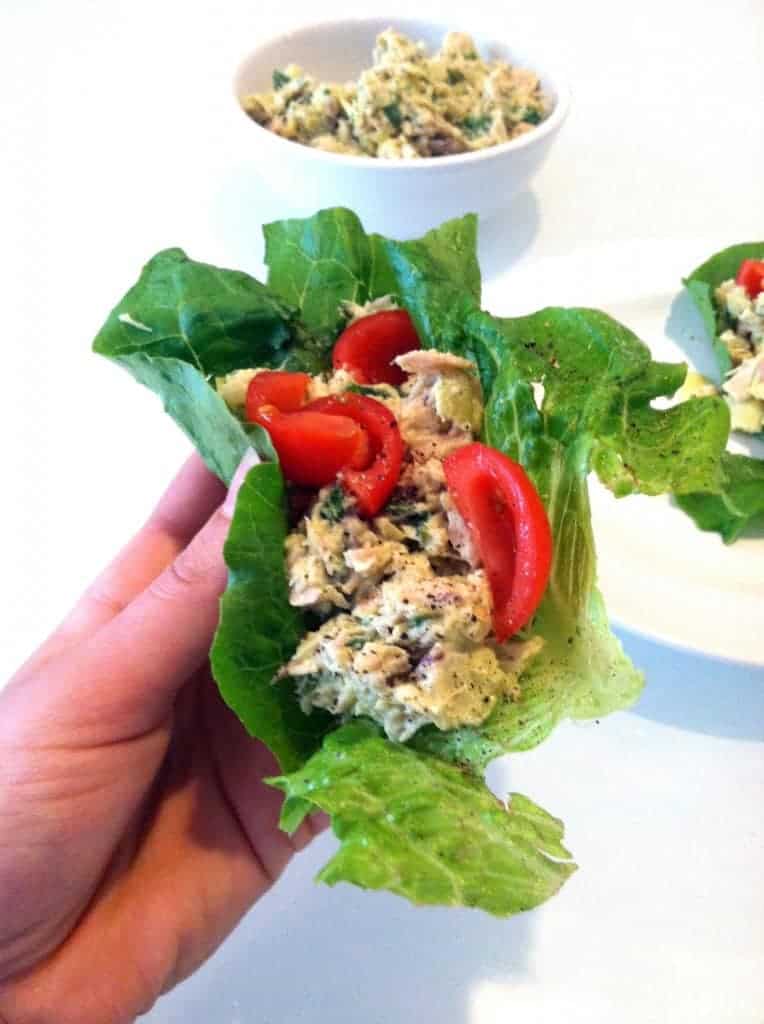 Make a big batch of this stuff to munch on throughout the work week. It's a one bowl deal and there's no cooking involved. HELLO! What more could you ask for in a lunch?

Other than herbed Havarti.... 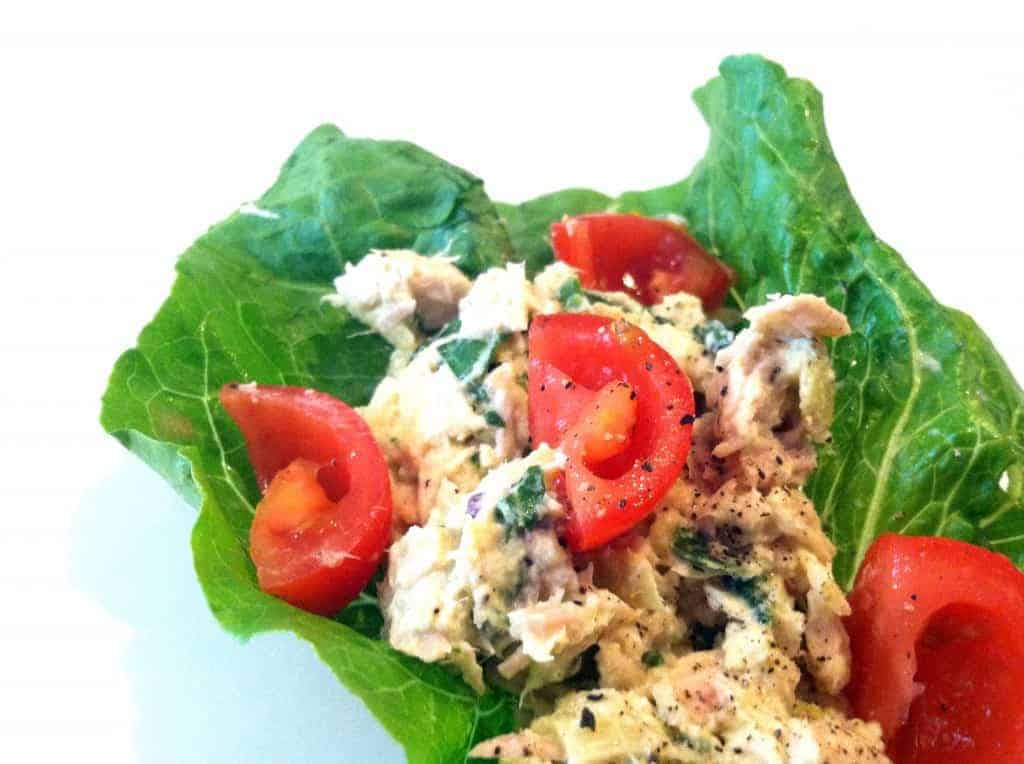 Mayo is so last year.