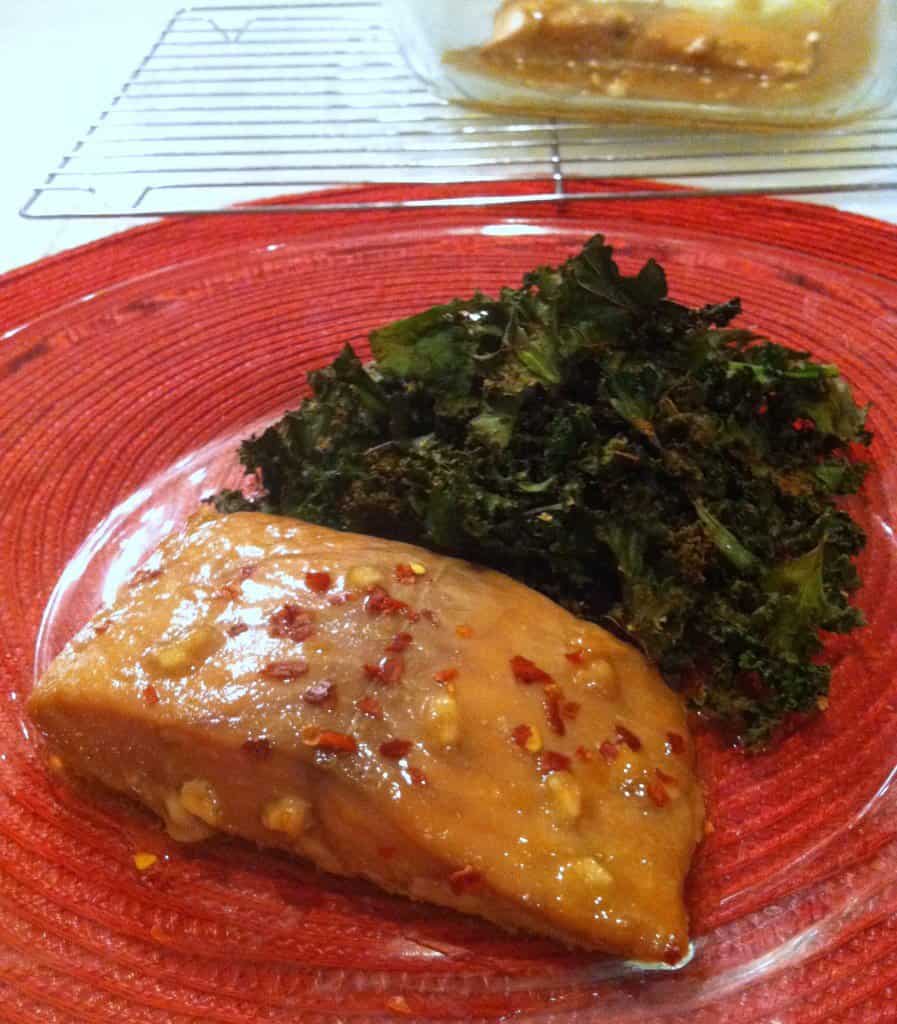 I've had a reputation for losing things ever since I was little. When my friends and I used to get dropped off at the mall by our parents, I would leave my purse in one of the stores every time.  It was expected. I'm that kind of paradoxical person that's responsibly irresponsible and unorganized. Somehow I make it work.

I swear everyday I put something down and can't remember where I put it. I spend twenty minutes looking for sunglasses that are on my head. I search my entire apartment for my hairbrush that fell under my bed when I brushed my hair five minutes ago. I leave the salt in the fridge.

And without fail, I leave my apartment only to come back twenty seconds later to get whatever I forgot. Phone, purse, food, whatever.  Thank god for the hook to hang my keys, or else I would never be able to drive. 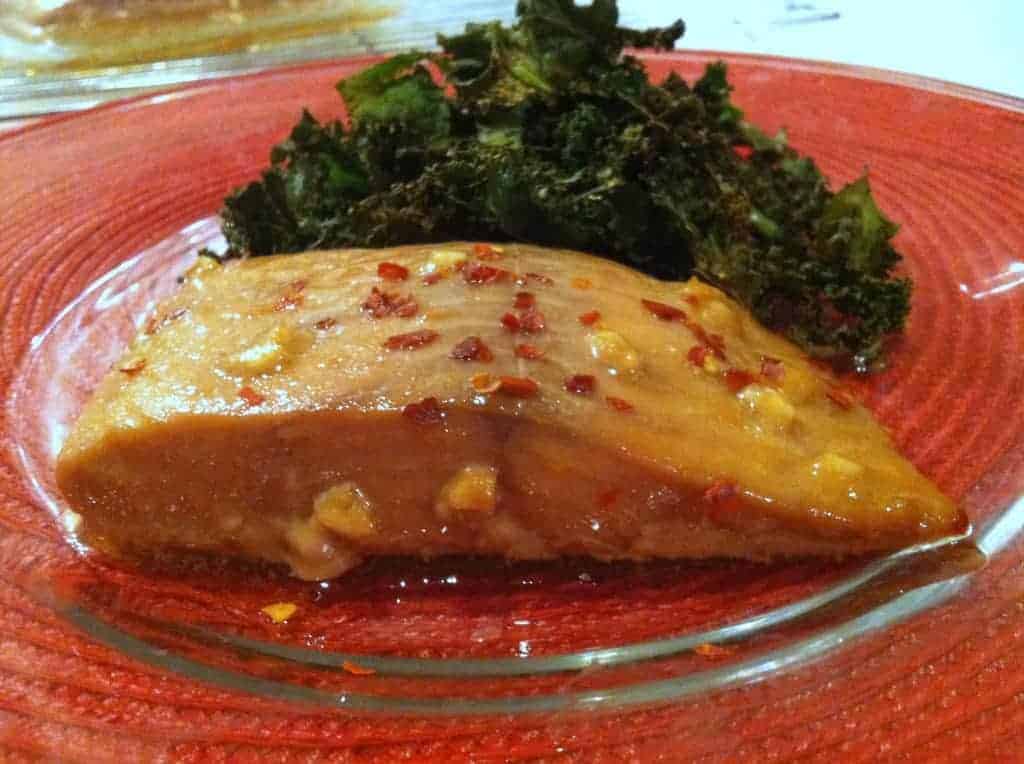 Salmon to the rescue.

I try to switch up my proteins throughout the week. Something with tofu a couple nights, then maybe some bean burgers or lentil soup, then some kind of fish dish. I love this salmon because it really is super easy. Before I go to bed, I take it out of the package, stick it in a Tupperware and defrost it until dinner the next day. Then I whisk together the marinade and let it work its magic for as much time as I have (30 minutes is fine). Pop it in the oven and voila, dinner is served.

I've mentioned before that I love Target's frozen wild salmon fillets. They really do make dinner a breeze. 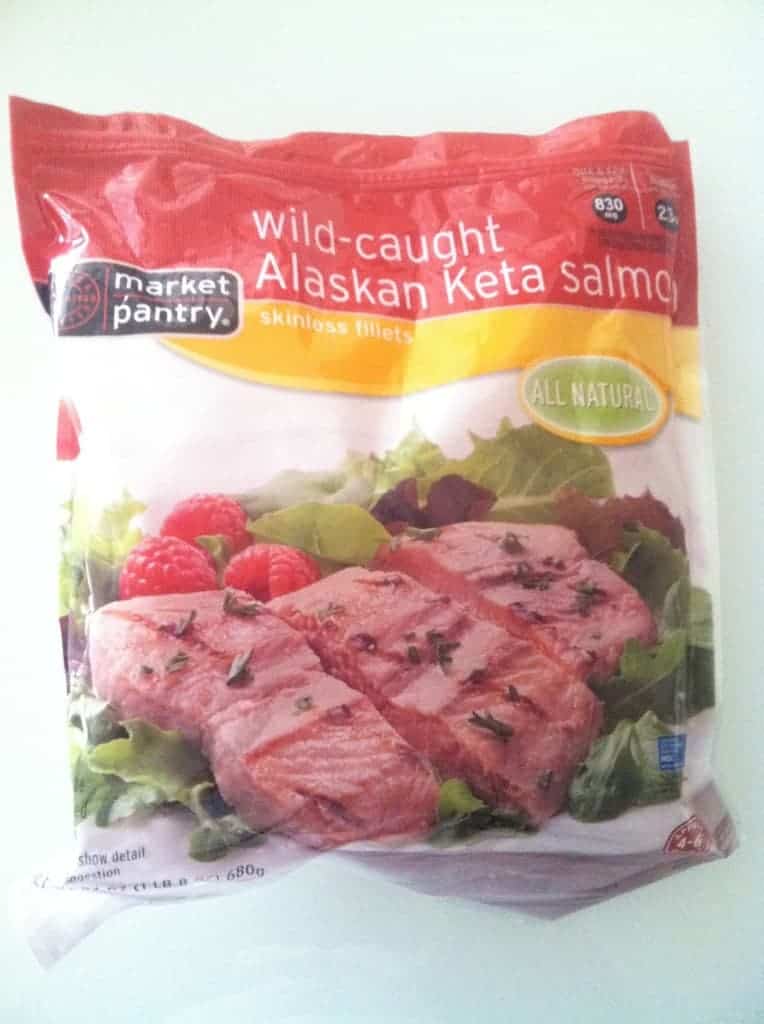 Trader Joe's is a great place to shop for this recipe because they sell toasted sesame oil  and rice vinegar for under three dollars. The sesame oil really makes the dish, so I don't recommend subbing a different oil. I've tried it with olive oil and it isn't nearly as delicious as the sesame version. 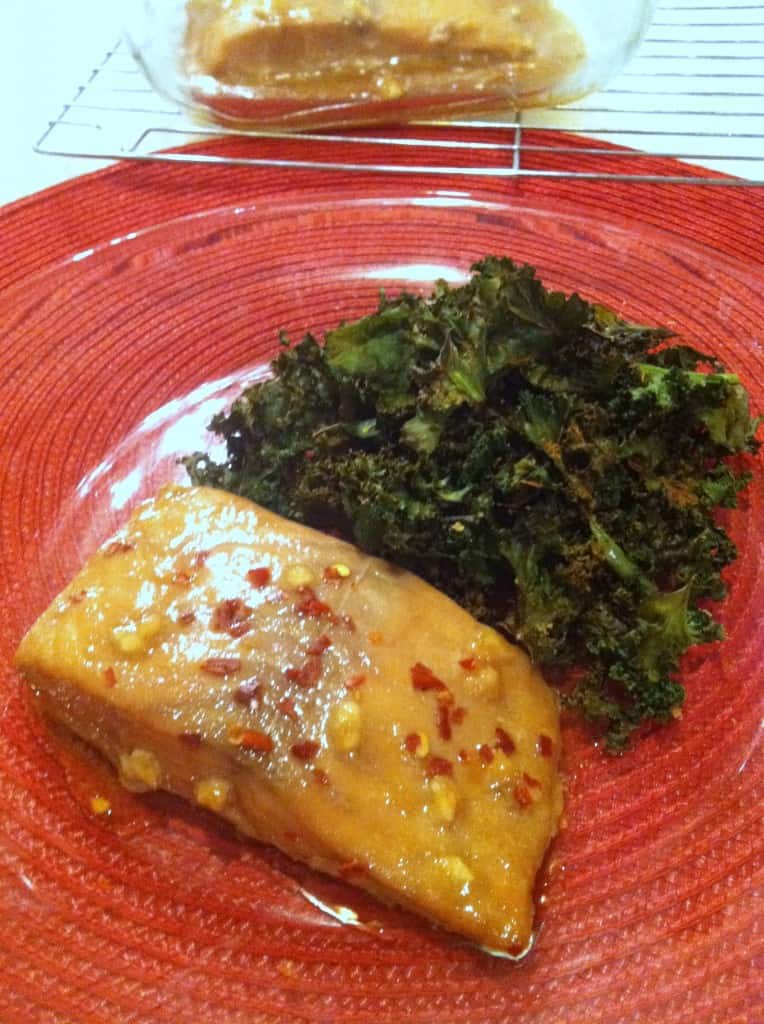 Kale chips on the side, obviously. Devour and enjoy!