Remember that one time I preached about not letting kale rule your life and then posted a recipe with kale two days later? The irony is killing me. 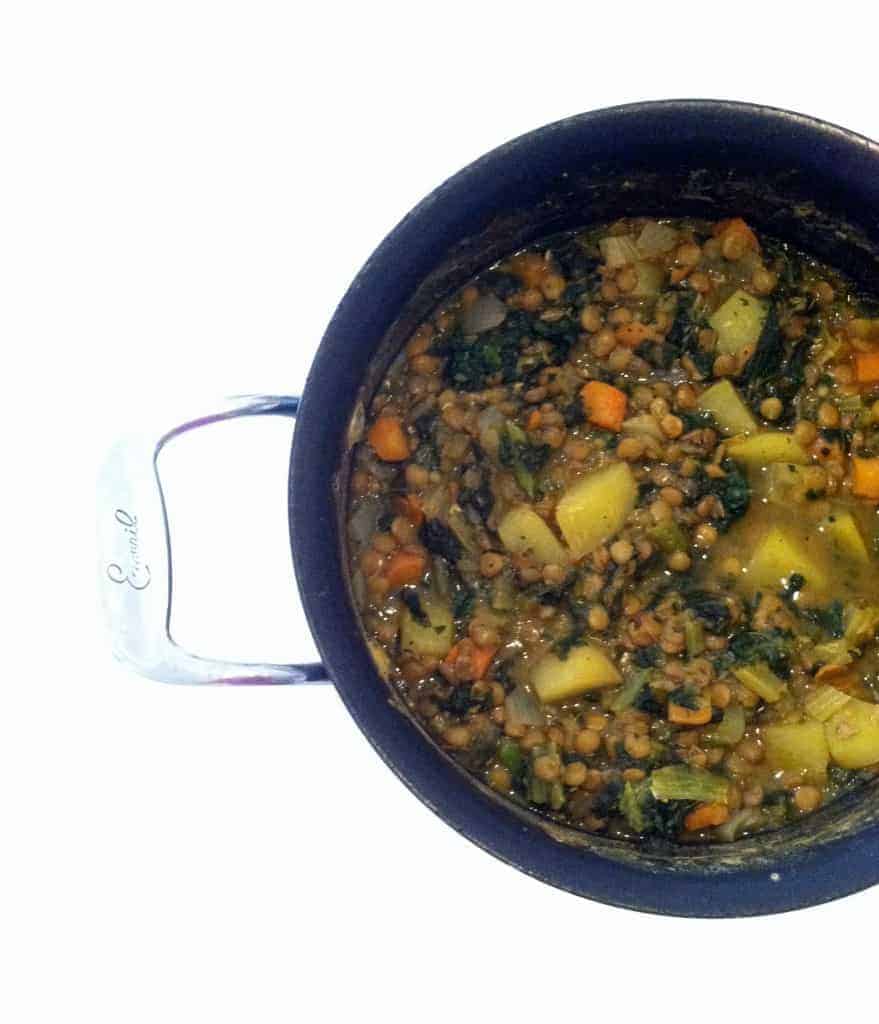 This soup is total detox in a bowl. Like it's impossible to get sick if you're eating it. Chock full of veggies, fiberful lentils and chunks of taters, this truly is one hearty bowl of heaven. I took it for lunch today in my new fave thermos that's meant for small children not full-grown hummusapiens. I heated it up at 730am till it was piping hot and then popped it in my pink thermos. It wasn't as hot by noon, but it was still plenty warm and enjoyable. Thermos = my new BFFL. 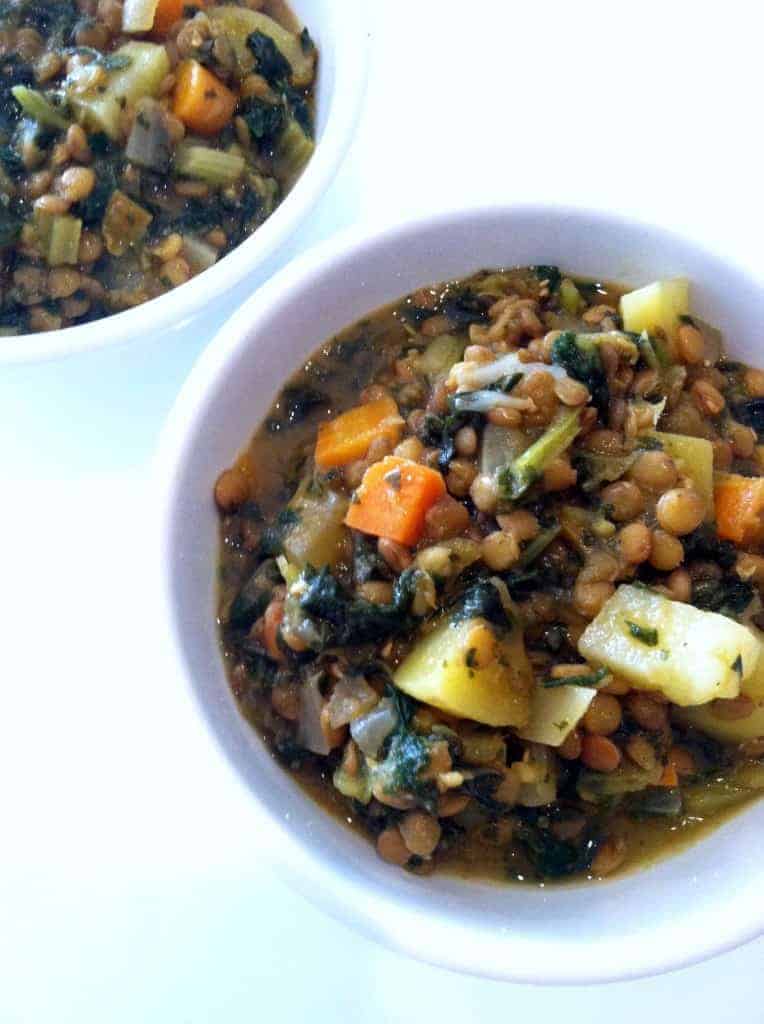 This recipe is super easy to make and pretty darn customizable as well. Feel free to swap in sweet potatoes and leave the potatoes out all together. Use spinach instead of kale if you so fancy. I used half a bag of frozen kale from Trader Joe's that I thawed in the micro and it worked just fine. The only thing you really can't change is the type of lentil. Red lentils cook much faster and will turn this soup into mush, so make sure to use brown lentils unless you want to eat goop soup. You can grab a whole bag of lentils for less than a couple bucks.

I'm just not digging green smoothies at the moment.  I mean I just haven't been in the mood. I want to eat all my veggies in a bowl of warm and fuzzies that's obnoxiously slurpable. 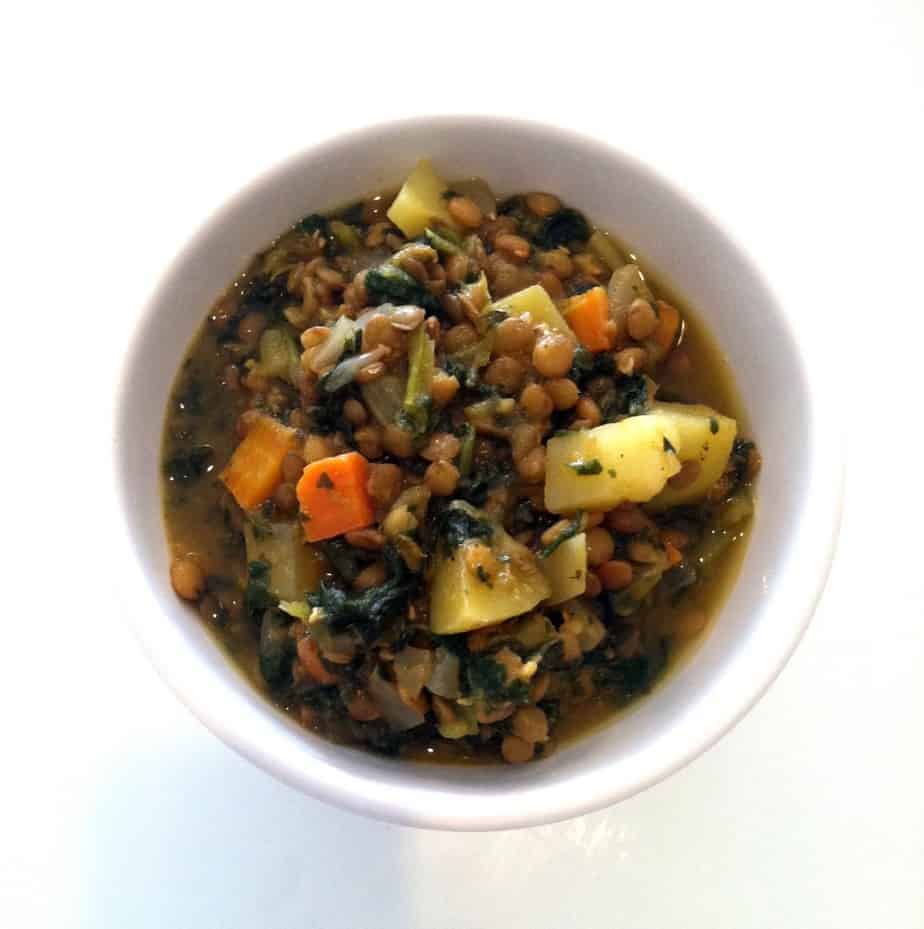