The trick to this Creamy Raspberry Chia Pudding is blending it for the perfect texture. Made with almond butter and naturally sweetened with dates, you'll love this wholesome snack! 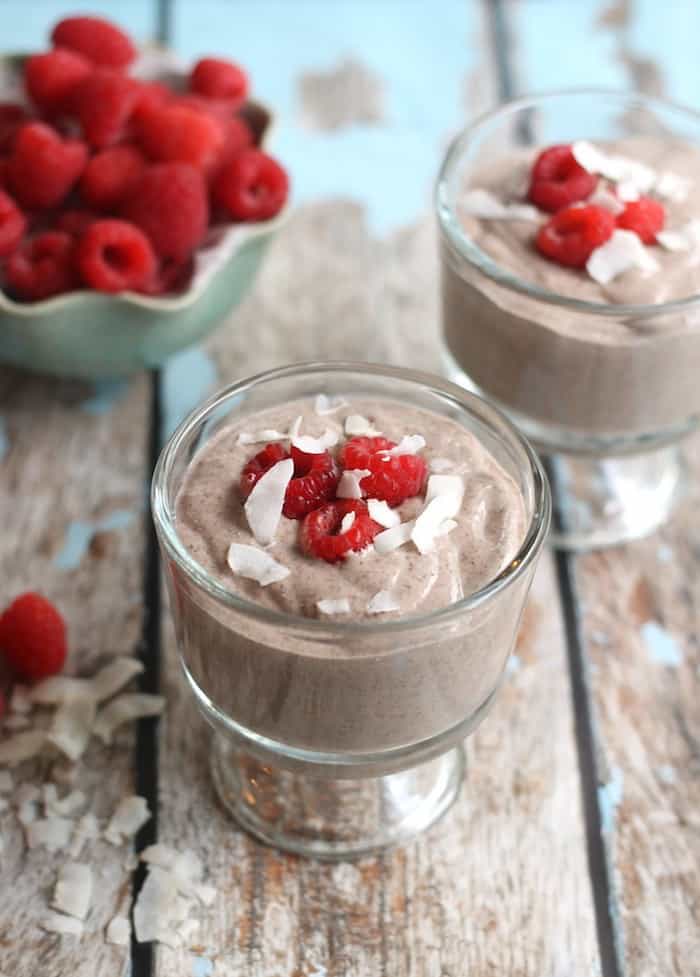 Chia pudding is one of those weird trendy health foods that I think is TOTALLY gonna catch on any minute now.Though it still has plenty of skeptics, it has definitely made a buzz in the media. Is it a healthy dessert or a decadent snack? Is it your long lost chia pet or the easiest way to boost your fiber intake since Metamucil? Maybe it's neither. Maybe it's both.

Regardless of whether you think chia pudding is so last season or totally rad, I can promise that you'll enjoy every spoonful of this play on pudding. Why? Because it's all blended up to perfection, thus eliminating the semi-strange tapioca texture that chia seedies take on when they come into contact with liquid. 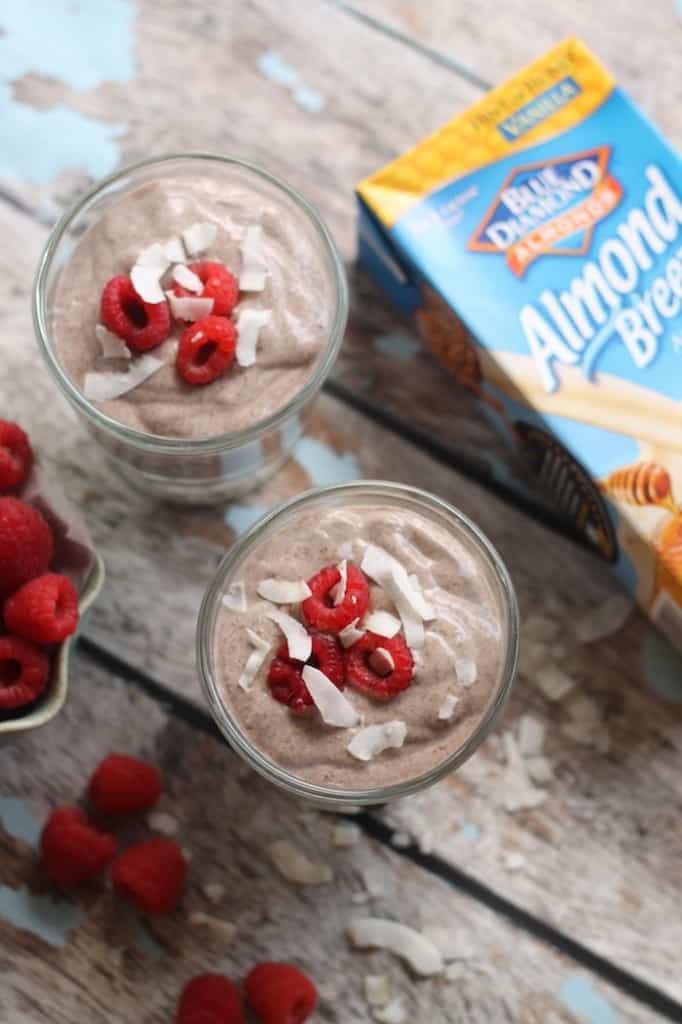 I used almond butter in this recipe to take it up another notch or three in the creaminess department, but cashew butter would be fantabulous here, too. Feel free to call this treat guilt-free since it's sweetened with dates rather than the three million tablespoons of white sugar that typical puddings thrive upon. If super sweet pudding is your thang, feel free to add some pure maple syrup to taste. 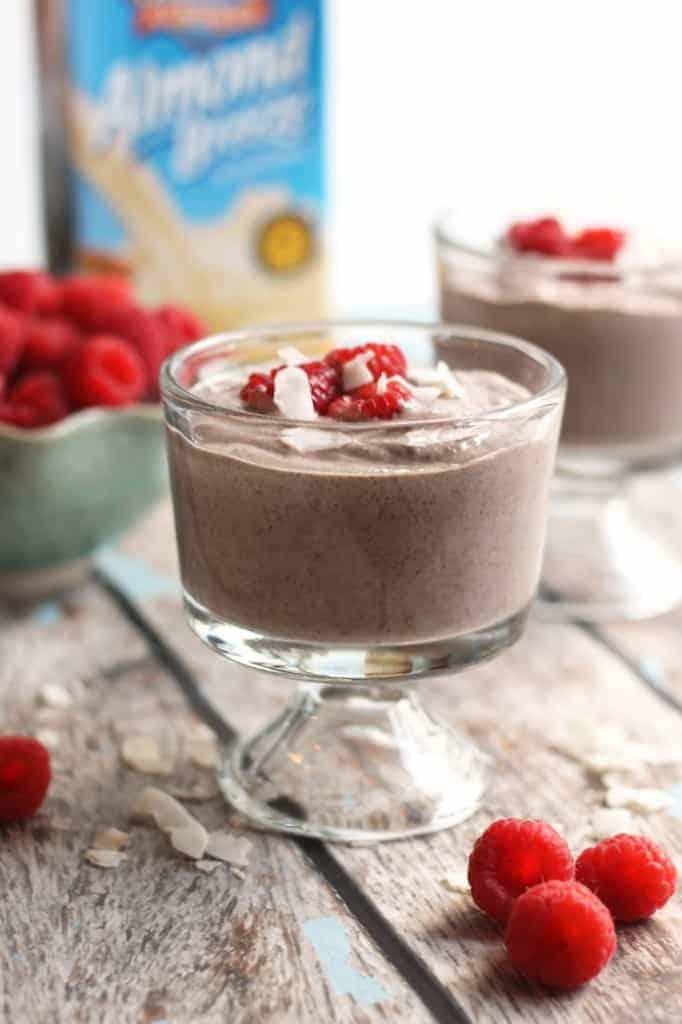 Oh and I think a dash of cacao powder would take this over the mooooon. After all, I'm never one to say no to chocolate.

While unsweetened vanilla almond milk is typically my "milk" of choice for smoothies and baking and whatnot, I kind of sort of fell head over heels in love with Almond Breeze's new Hint of Honey line. IT ACTUALLY TASTES LIKE HONEY. And kind of like a graham cracker. They should make s'mores-flavored almond milk. 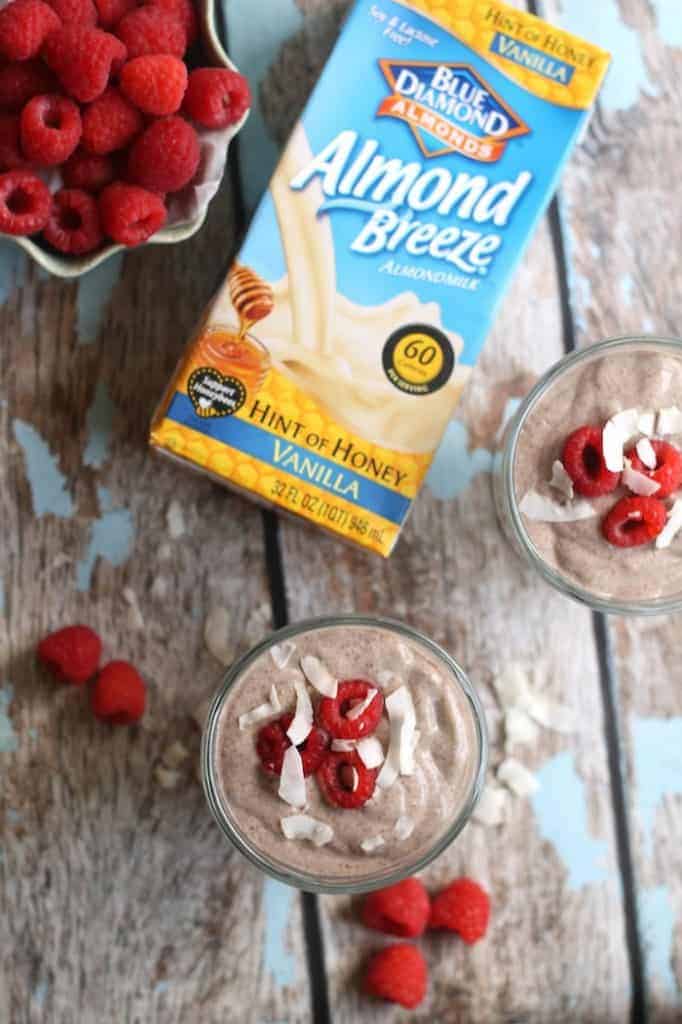 I'd be lying if I said I didn't take a swig straight from the carton. Does that make me not a lady? Are we judging me right now?

Judge away. Then make this.

This post is sponsored by Almond Breeze Almondmilk. Thanks for supporting the brands that support Hummusapien!