I would have called this a four-veggie smoothie, but after a quick "avocado fruit or vegetable" Google search, I confirmed that avocado is indeed a fruit. 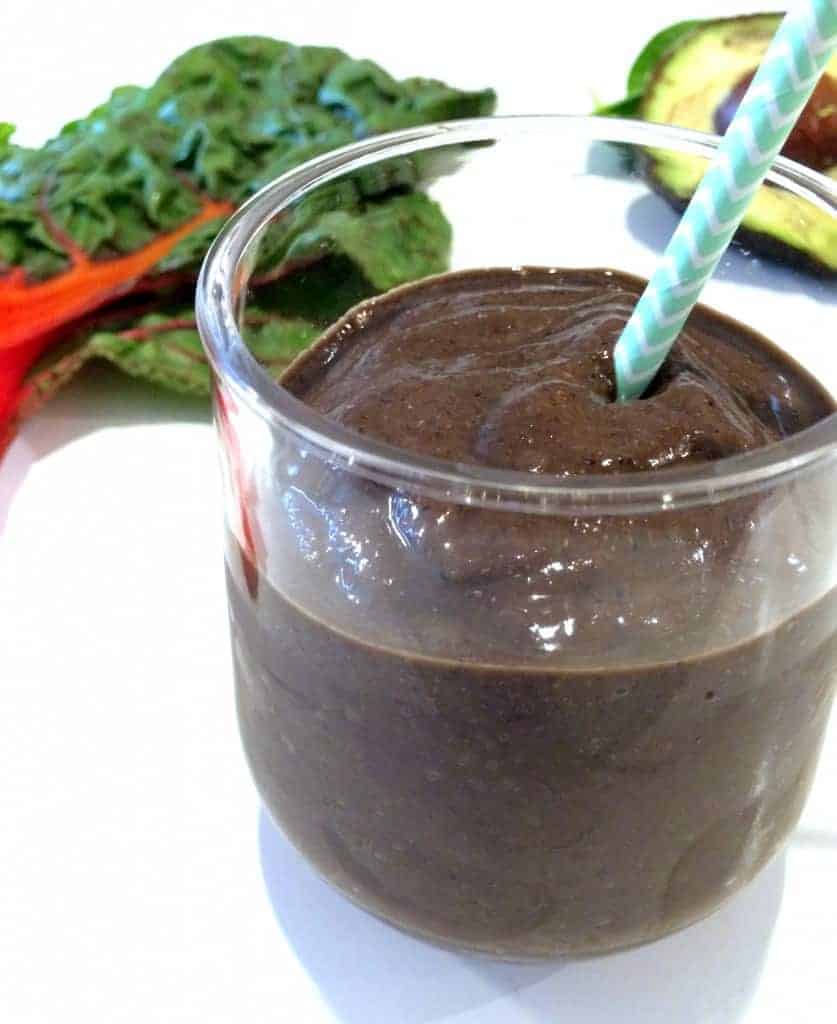 I mean, duh. I should know these things by now.  It's not like I just graduated with a Master's in nutrition or anything. But do you die of the creaminess??

I've been wanting to vary the greens in my smoothies for a while now, but I just can't part from my love affair with spinach. There's a very fine line between a palatable amount of kale and a smoothie that tastes like dirt; so I've been sticking to kale in forms other than in my smoothie.

When I saw the beautiful bunch of organic swiss chard at the store last week, I thought why the heck not? I threw a couple leaves in and it tasted no different. Win! Note: this WILL taste like the earth if you don't remove those beautiful, colorful stems from the chard. If you're okay with that, go for it. I made one version with the stems and I had to add a boatload more banana to convince myself I wasn't eating dirt.

I saw this beautifully creamy smoothie on Instagram the other day where the girl had added zucchini, so that's where the random zucchini addition comes from. If I can add yet another veggie to my morning cocktail of nutrition, why the hell not?! The zucchini not only adds phytochemicals and fiber, but it also boosts the creaminess and lends a good amount of water. That's why I only use ½ cup of milk in this bad boy. I like my smoothies thick and creammaaayyyy! (I give the majority of credit to the avocado for the luxurious texture of this smoothie.) 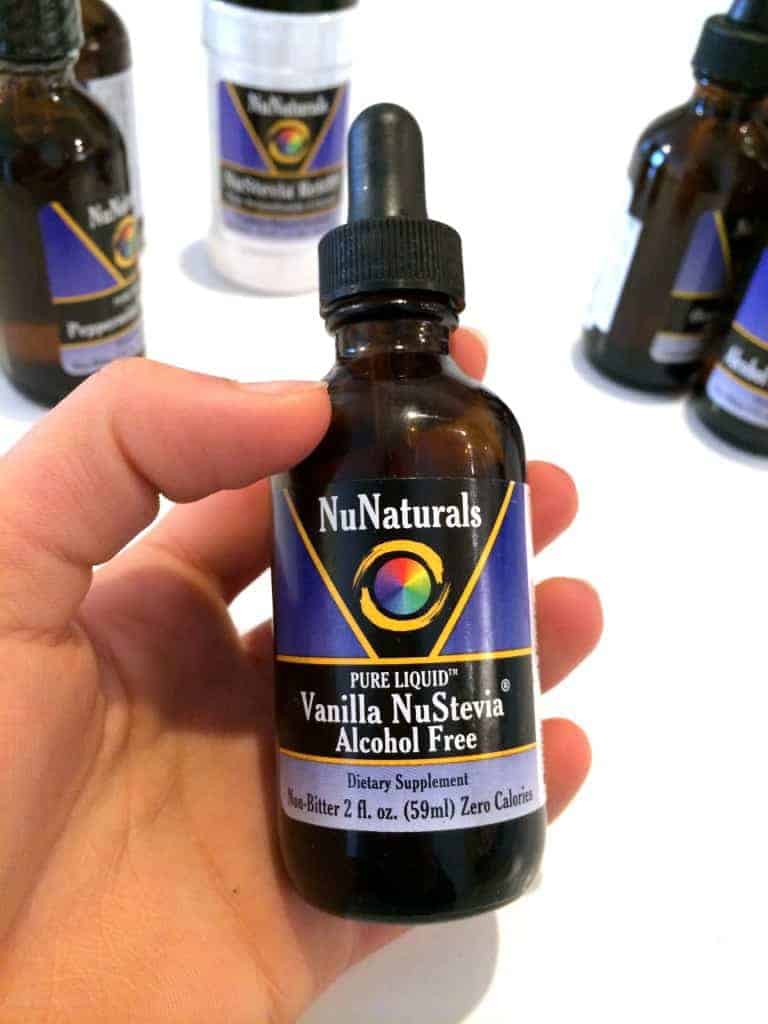 More often than not, I add a few drops of stevia to my smoothie to give it a touch more sweetness without having to spike my blood sugar with more dates and banana. A little goes a long way--you literally only need a few drops! I usually buy the liquid stevia from Trader Joe's, but when NuNtaurals sent me a fantabulous package of about a gajilion flavors of stevia, I was hooked.

NuNaturals stevia a natural sugar-free sweetener that's also free of gluten, artificial sweeteners, flavors and preservatives. It's also safe for diabetics since it doesn't raise your blood sugar.  I personally only like stevia in baking recipes and smoothies because I find the sweetness overwhelming and a tad bitter in things like coffee and tea. However, it's definitely useful when you want to satisfy your sweet tooth without all the extra sugar and calories! As with any sweetener, be smart and use it in moderation. 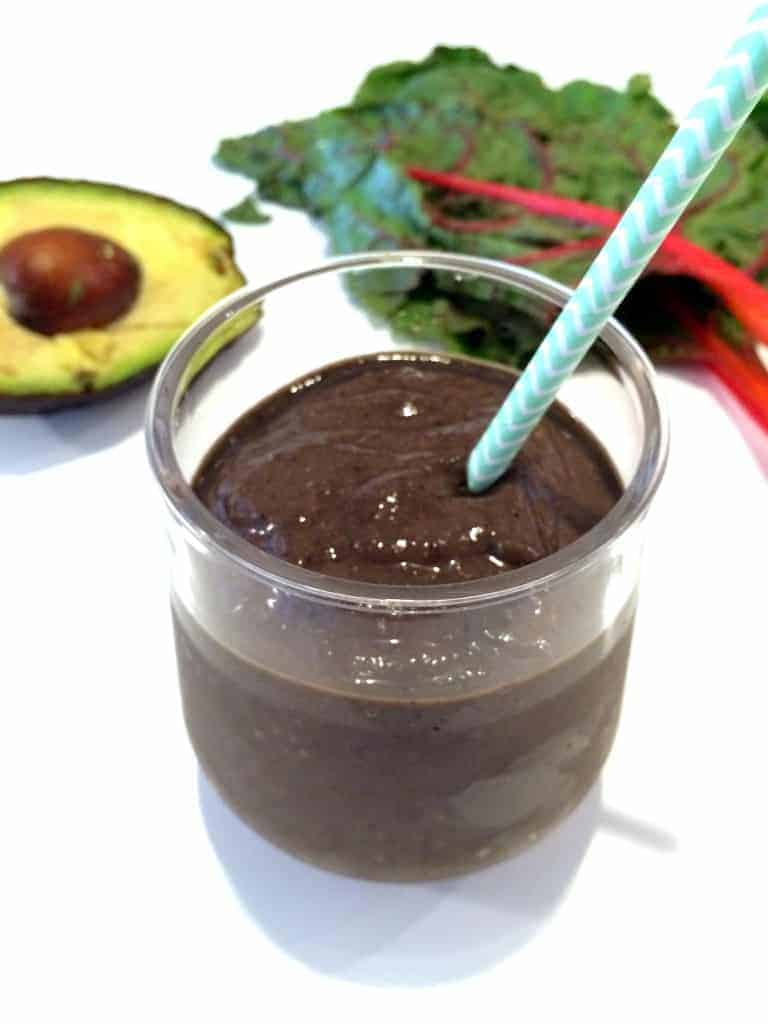 Want to try some NuNaturals stevia yourself? Of course you do!

GIVEAWAY: NuNaturals is awarding four of my readers with one bottle EACH of the Lemon, Cherry Vanilla and Peppermint Flavored Stevia Liquids PLUS a 50 packet box of NuStevia White Stevia Powder packets, a retail value of $48.00! Each of the four winners will also receive a free bonus product!

You can enter the giveaway by using the Rafflecopter below. If you want to go ahead and order some for yourself, you can use the discount code BLG0614 to receive 15% off your entire order from NuNaturals! The products can be shipped worldwide; however, NuNaturals cannot ship to PO Boxes. The giveaway ends May 8th at midnight. I'll announce the winners on Twitter and Facebook, so make sure to follow/like so you'll know if you won! GOOD LUCK!

NuNaturals sent me a package of their products.  I was not compensated nor was I required to review the products.  As always, all opinions are my own.