I made you a crisp that's epically delish. 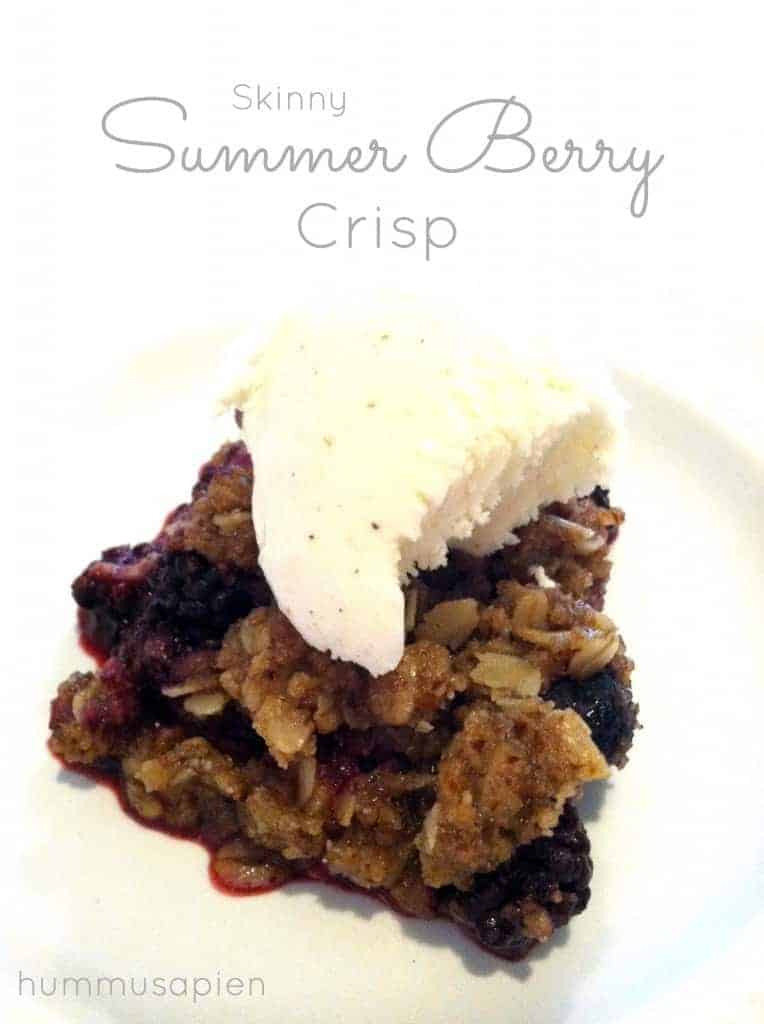 You know you want me. The crisp, that is. Say hello to the easiest, most delish summer dessert you've ever laid mouth on. Then say goodbye, because it ain't gonna last very long.

I asked you lovely readers on Facebook what kind of recipes you'd like to see more of on Hummusapien. It's no shocker that you said more easy recipes with few ingredients as well as more snackable stuff. You ask for snackity balls and bites and five minute dinners and what do I give you? A freaking berry crisp. Geeeeeeez.

But wait. I swear this is a super easy recipe. You know when you're about to bake cookies and you debate whether you have the energy to get out the mixer and make the dough and let it chill and roll all the balls and bake all the balls? And you're like um... how bout break-n-bake. Thank your lucky stars that this recipes only requires you to dump a  bag of frozen mixed berries into a dish and top it with a crumbly crust that comes together in minutes. 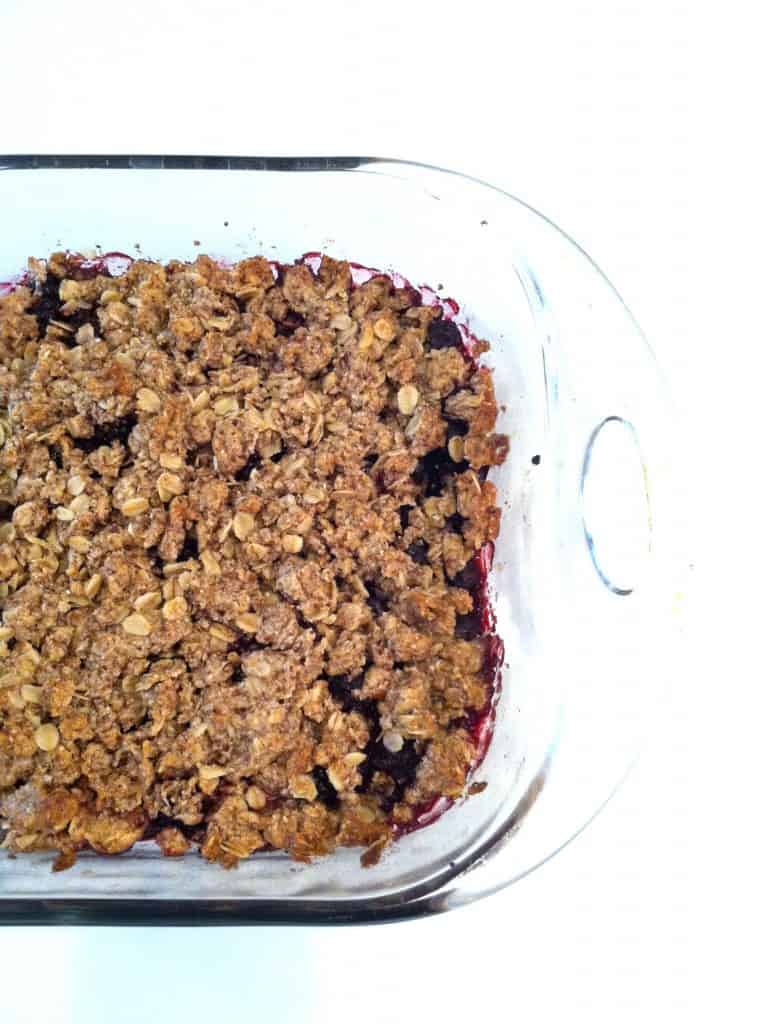 Oh and you can totally eat this for breakfast because it's mostly berries, oats and almonds, ya know? I downed a batch of blueberry pancakes prior to photographing this beauty and obviously ended up eating some crisp with ice cream, too. Breakfast numero dos, right after breakfast numbero uno. Truth. 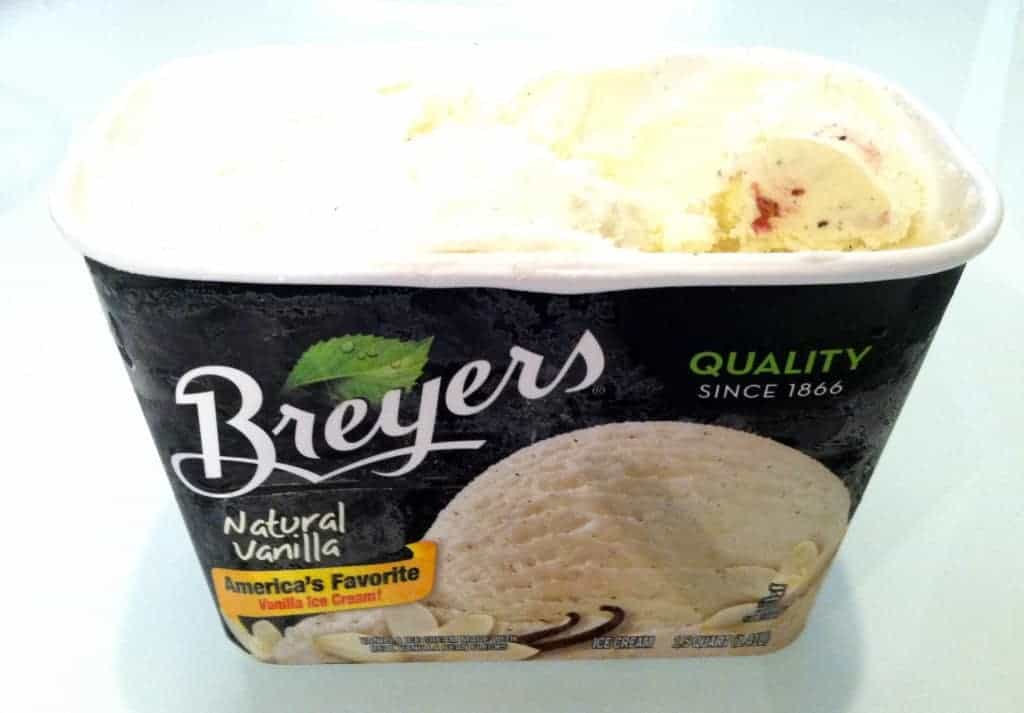 This crisp is very forgiving. I'm pretty sure it would taste amazing no matter what you put in it, because let's be real...what doesn't taste incredible covered in a sweet, buttery, crumbly topping? This is the kind of dessert you can make all year love and just adapt to what's in season. Don't have frozen berries? Use fresh. Don't have berries? Use apples. Don't have apples? Use peaches.

Don't have peaches? You need to go to the store.

Adapted from this recipe 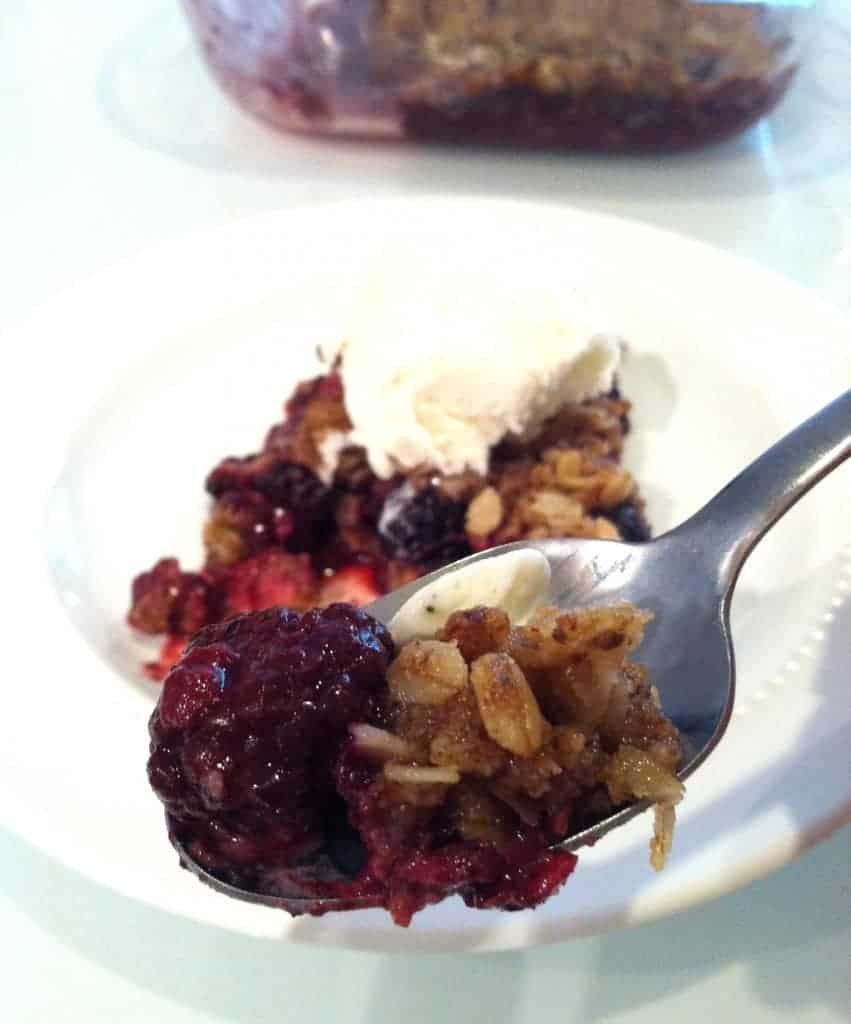