This whole Spring thing has me salading up a storm. 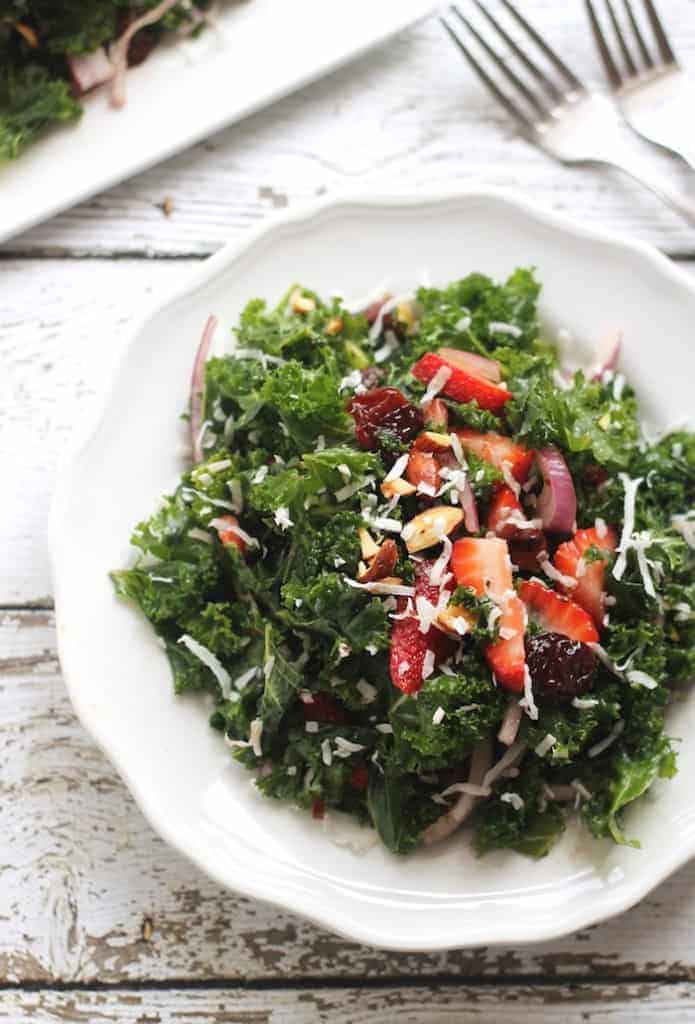 I can't believe I'm posting two salads in a row. WHO AM I.

I'm in a phase. A noshing phase. I take bites of three million different things instead of eating a real meal. First I'll snack on a brown rice cake with avocado, then I'll grab a salted chocolate chia popcorn ball, then I'll go for a pickle, then I'll dig into the hummus stash, and so on and so forth until my stomach says ENOUGH, you noshing nincompoop! 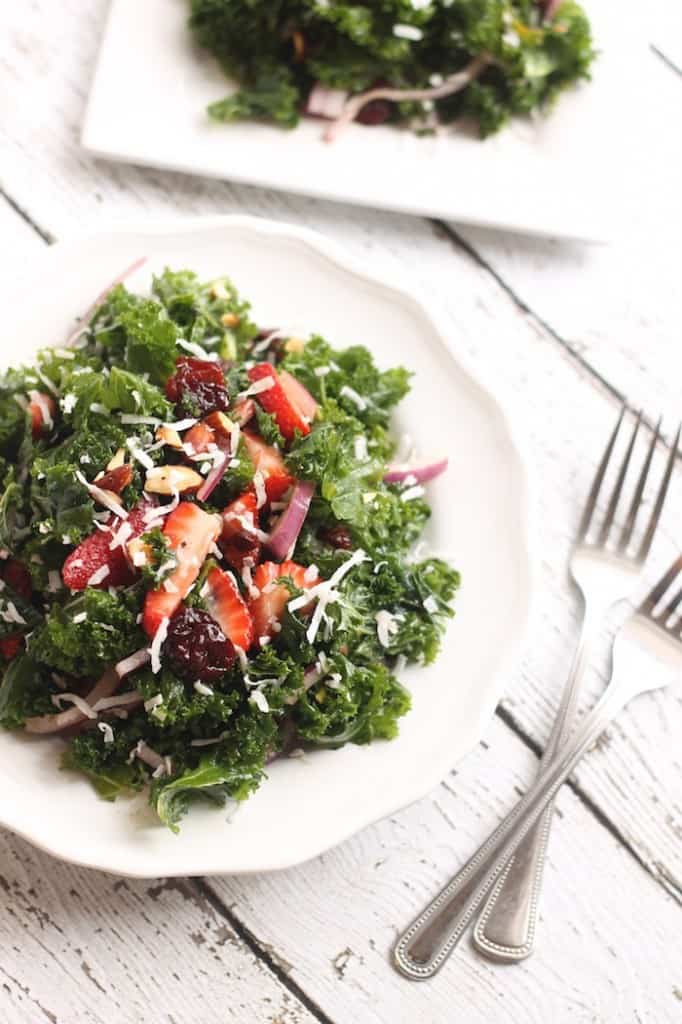 This salad is an attempt to cure the noshing nonsense, to sit down and eat a real meal with real colors and real nutrients. I love massaged kale salads because they get better and better as they sit in the fridge. Plus, they're so damn green that it's next to impossible not to feel healthier after eating one.

Whenever I'm explaining how to massage kale to new Alchemy employees, they look at me like I have three heads. Yes, I want you to massage the kale. With your hands. That's what I said. 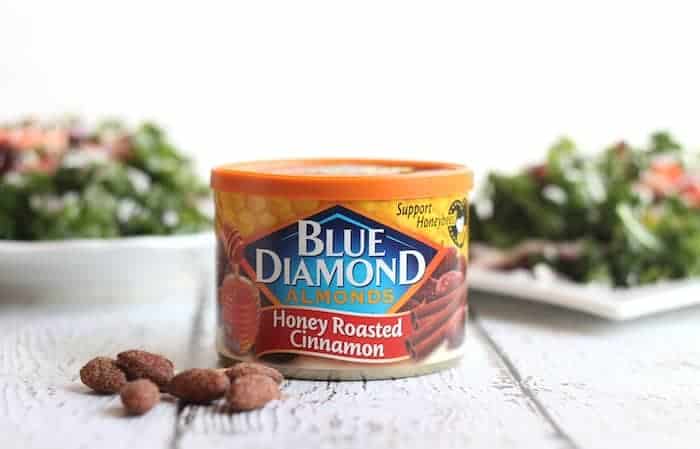 When I initially partnered up with Blue Diamond to create some deliciousness with their new honey roasted cinnamon almonds, I thought I'd make no-bake bites or protein bars or some other stereotypical blogger snack. But then I thought about strawberry season and massaged kale and needing nutrients in this bod of mine and decided right then and there that I would showcase them as a salad topping. These almonds are quite the show stopper. It took next level self-control to hold myself back from shoving the whole container in my face before the pictures.

And then I realized that I would be photographing them with the lid on so down my trap they went. 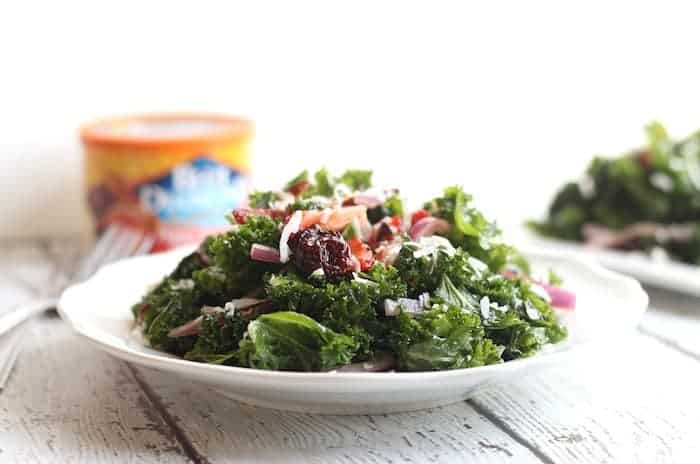 If you've been reading this blog for longer than five minuets, you probably know that I'm in a serious relationship with cinnamon. When cinnamon and sugar get in close contact with almonds, spectacular things happen. 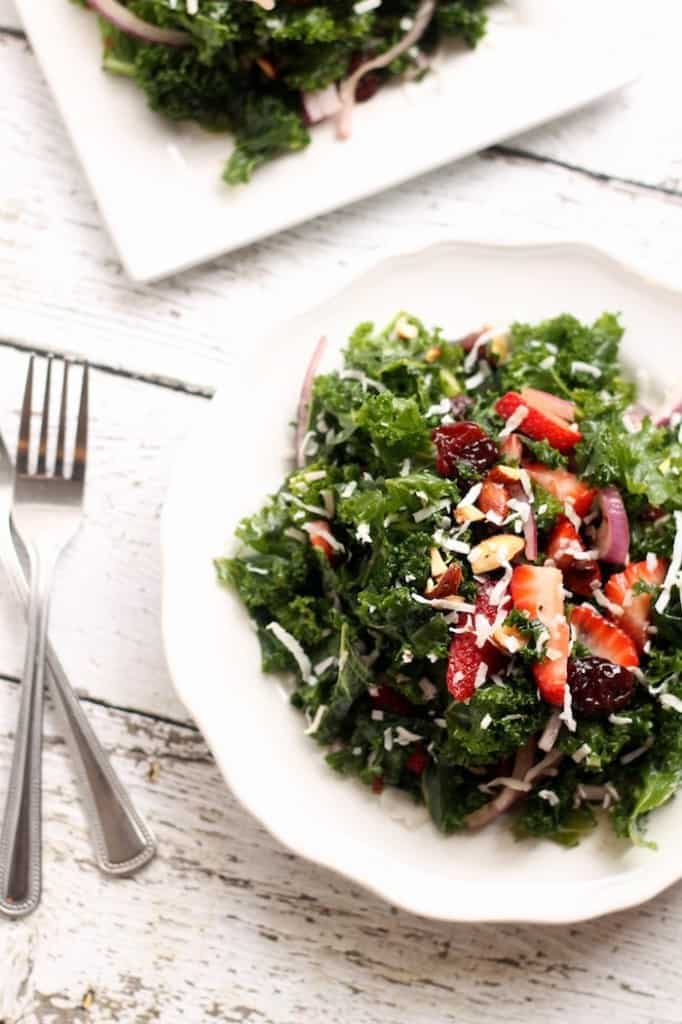 A healthy and delicious spring kale salad with cinnamon almonds, coconut, and strawberries.

This post is sponsored by Blue Diamond Almonds. All opinions are my own. Thanks for supporting the brands that make Hummusapien possible!