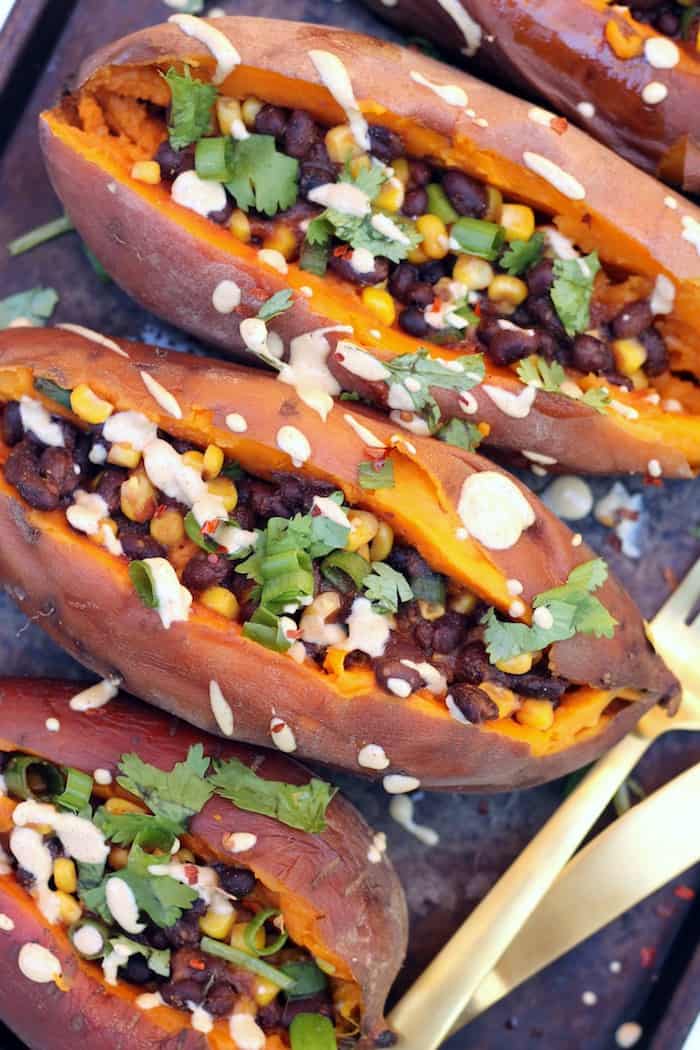 I'm doing like a fusion of a toe tap and a jump squat right now (I just wrote squart, that should be a word) over the fact that you can make sweet potatoes in the slow cooker.

And it's not just that you can make them. You can make them scrumptiously! You know how baking an orange spud in the oven yields a super sweet juicy thang? Yeah, I know. Salivating over here. You too? Better be.

So it's that on steroids. Like melt in your mouth, fall off the nonexistent bone kind of good. I cooked three big fat organic ones for about two and a half hours on high and they were perfection. Low for more like six to eight hours is an equally viable option. 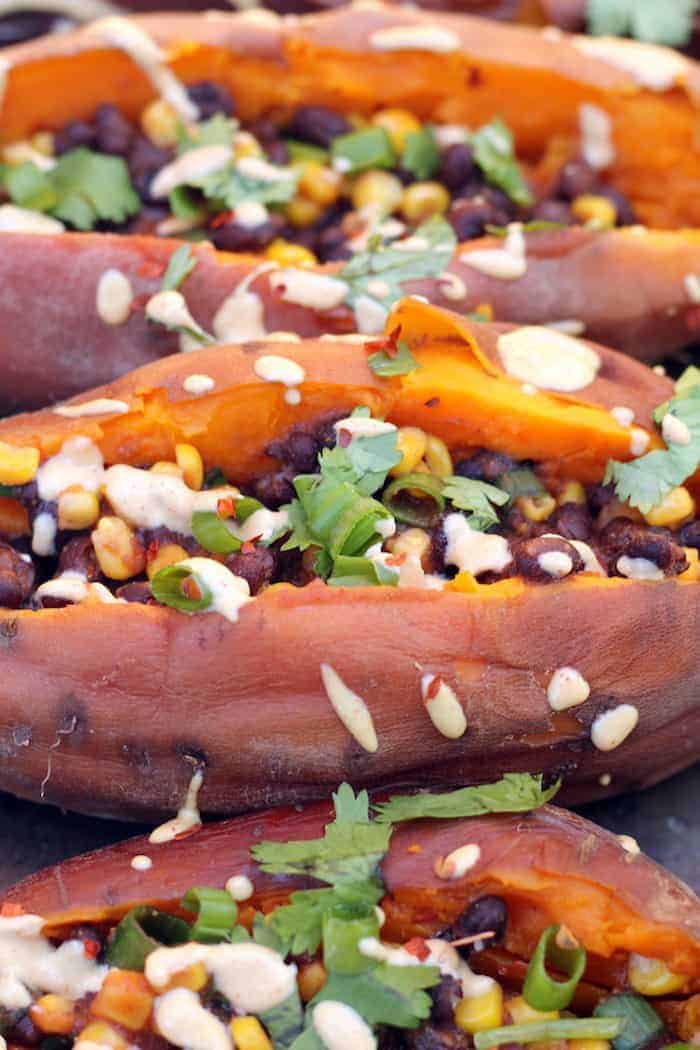 The reason we're making sweet potatoes in the slow cooker today is because Gina said to. Gina is queen.

I met the wonder woman behind Skinnytaste last year at Fresh Coast Retreat and I was nothing short of blown away by how genuinely kind and down to earth she was. You can't not adore her. Sweet as coconut sugar, that gal.

It comes as no surprise that she has written not one but TWO best-selling cookbooks! Goals. Major, major goals, people.

Her most recent gem, Skinnytaste Fast and Slow, features 140 super convenient, tasty, and of course healthy recipes to satisfy your deepest darkest cravings. Eighty of the recipes cook in 30 minutes or less and the other 60 are done in the slow cooker. Prepare for the slow cooker to become your bestie. Did you know you can make flourless chocolate brownies in the slow cooker? I die.

As far as the equipment goes, I use this super simple slow cooker, but if you want to get fancy, people (including Gina!) adore this Hamilton Beach one.

While this a isn't a plant-based book, there's an entire section called "Meatless Mains," including recipes like Coconut Veggie Curry, Zucchini "Meatballs," Slow Cooker Channa Masala, and of course these Slow Cooker Loaded "Baked" Sweet Potatoes! The beginning of the book is also home to a cornucopia of avocado toast recipes which you know warms my soul to the core. 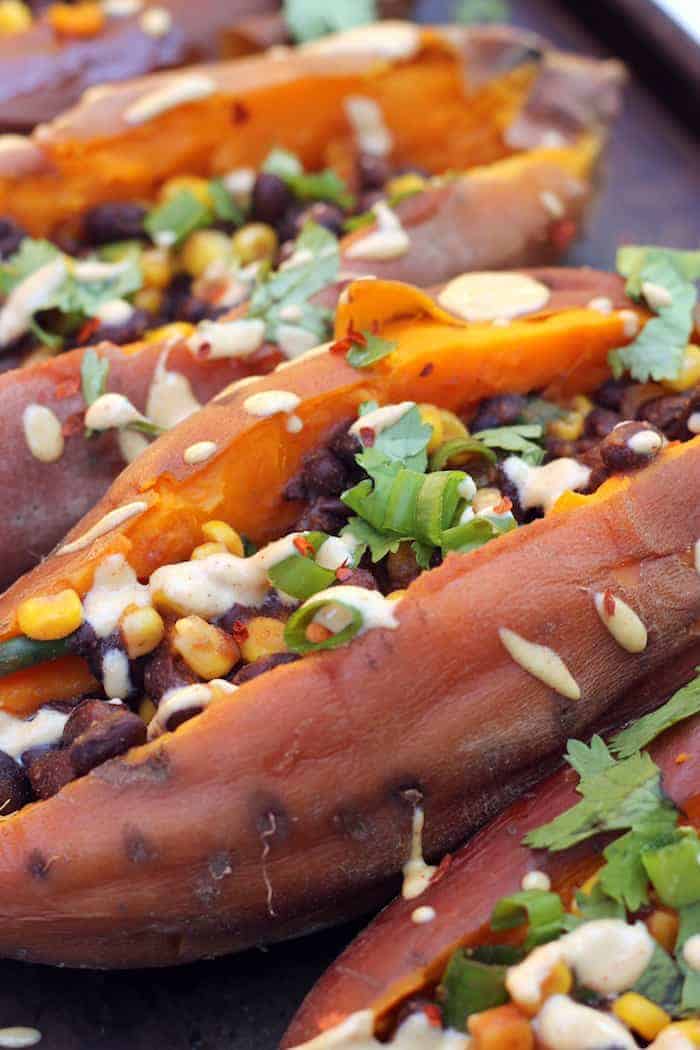 I couldn't wait to share this recipe with you guys because it makes such an easy, quick, healthy meal that's totally customizable to your preferences. This specific recipe has a Mexican/southwest vibe going on with the black beans and corn, but you could easily go with whatever beans, veggies and sauce tickle your fancy. Sweet potatoes make a pretty baller base for just about anything if you ask me. 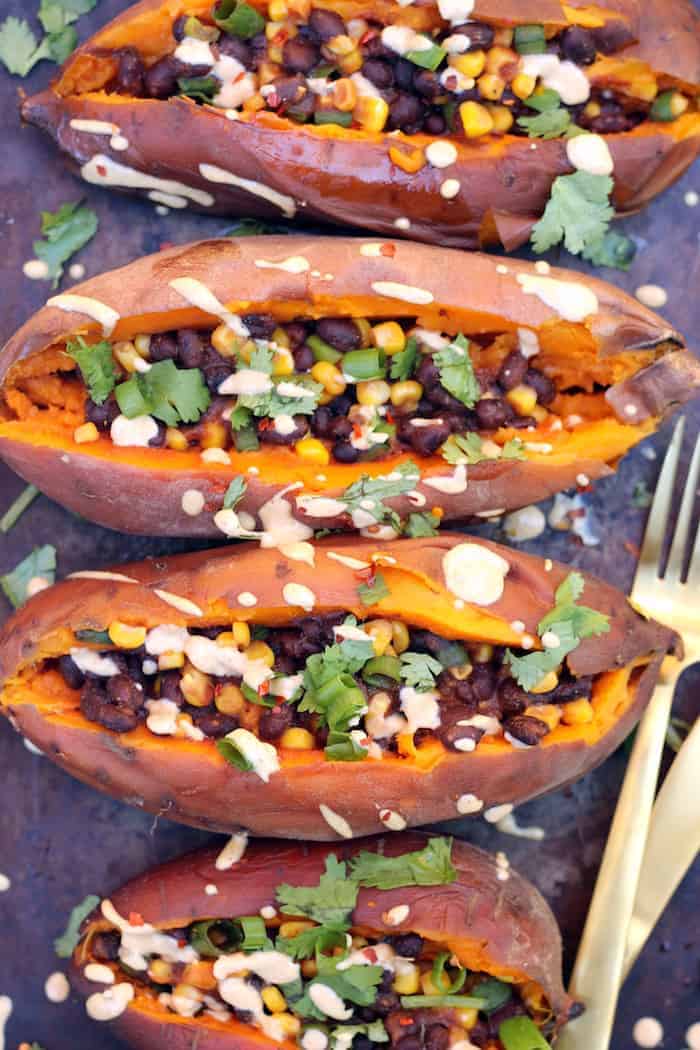 Gina's version includes a bit of cheddar and Greek yogurt which I swapped out for a drizzle of smoky cashew cream. Again, use whatever you prefer.

As long as it's supported by a base of juicy sweet potato, you're destined for greatness.

For the sweet potatoes:

For the smoky cashew cream: