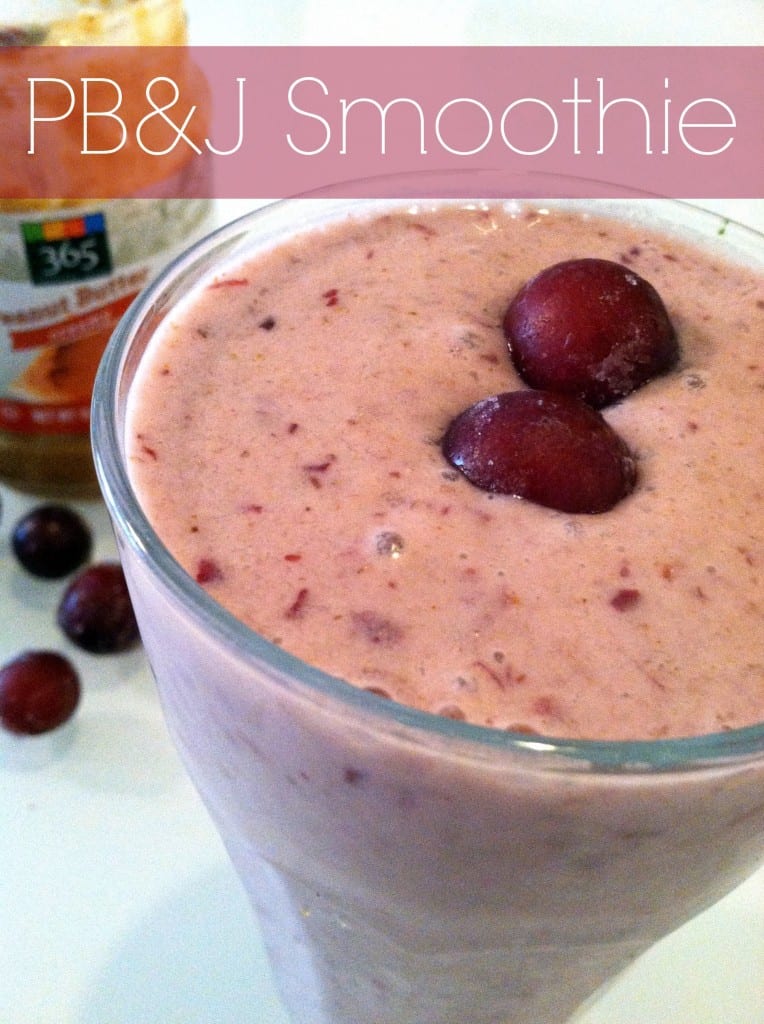 A bite or five of dark chocolate there, a hot chocolate bite less than ten minutes later, and handfuls on handfuls of granola before bed. Not okay. Baking up a batch of these foodgasmic black bean brownies that are stupid good didn't help the situation, either. I froze them thinking that would prevent me from gobbling them up in a couple days, but I forgot how unbelievable they are straight out of the microwave. I can't even trick myself anymore!

I hate reading those little picture thingies that show a pic of what you're craving (like cheese or chocolate or a turkey leg) and then list the vitamins you're actually missing next to it. I'm not deficient in manganese or vitamin D people.....just let me want a freaking cookie.

So naturally today at Com Fest there were these ridiculously tempting vegan Tollhouse cookies from Pattycake Bakery. COME ONNNNNNN. 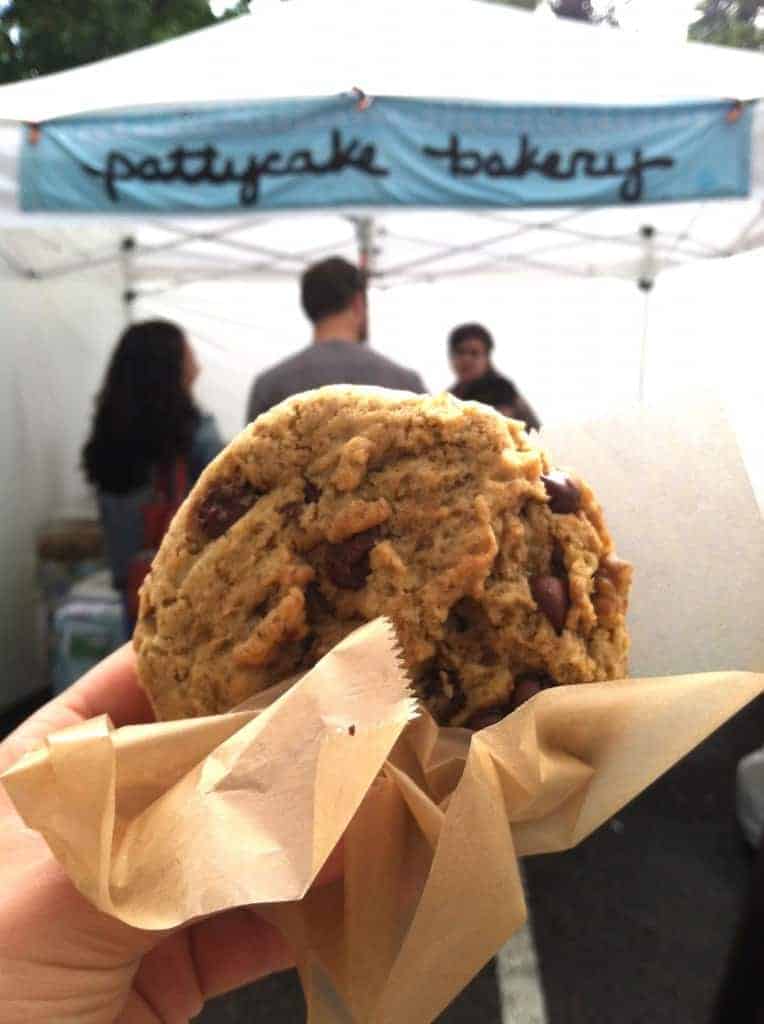 Who could say no to that face?

Obviously when I awoke this morning from my sugarless slumber I wanted something that would satisfy my sweet tooth. Since I was planning on running afterwards and eating tons of delish Columbus food at Com Fest for lunch, I wanted something quick and light. I've kind of been eating grapes like it's my job  since hello...organic grapes were 99 cents a pound at Whole Foods on Friday. I got three pounds and thought how the HECK am I going to finish these myself? Welp, I couldn't have been more wrong. I'm surprised I haven't turned purple. If y'all haven't delved into frozen grapes yet, you should totally throw some in a baggie ASAP. They're quite refreshing as a snack on their own and  also oh so perfect for pb&J smoothies. 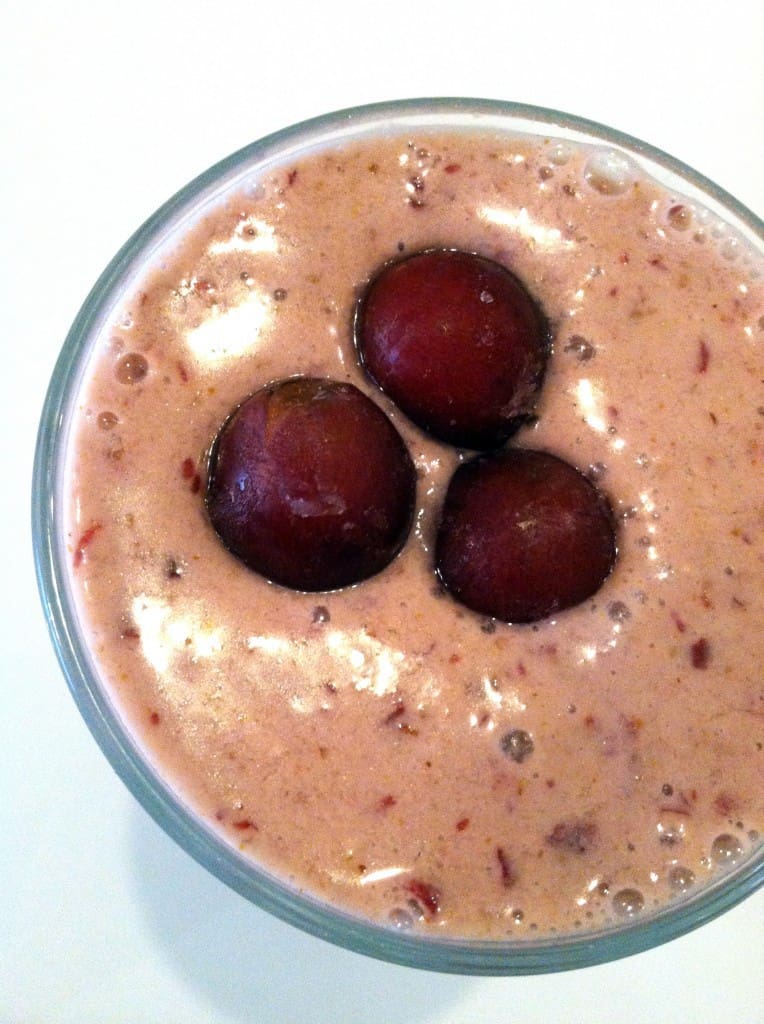 You know how I've been really anti-banana in my smoothies lately? Well I was obsessed with the chocolate cherry one for a while, but that I've got a ridic amount of grapes in the fridge, they're taking center stage in my smoothies.

When it's humid as heck outside and you don't feel like taking on the laborious task of making a PB & J on bread, this smoothie is your BFFL.  I don't know if it's the heat or what, but I'm all about veggie burgers without the bun and hummus spread on a spoon instead of toast. Not because I'm avoiding carbs or anything (that would be a funny joke), but because I'm just too lazy for sandwiches these days.

P.S. My trusty $15 Hamilton Beach single serving blender from Target is on its last legs. Does any one have a recommendation for a good blender that won't break the bank? I'm getting desperate here. And before anyone recommends it, let me put it out there that yes, I dream about a Vitamix like every night, but let's be real....#frugalgradstudent. 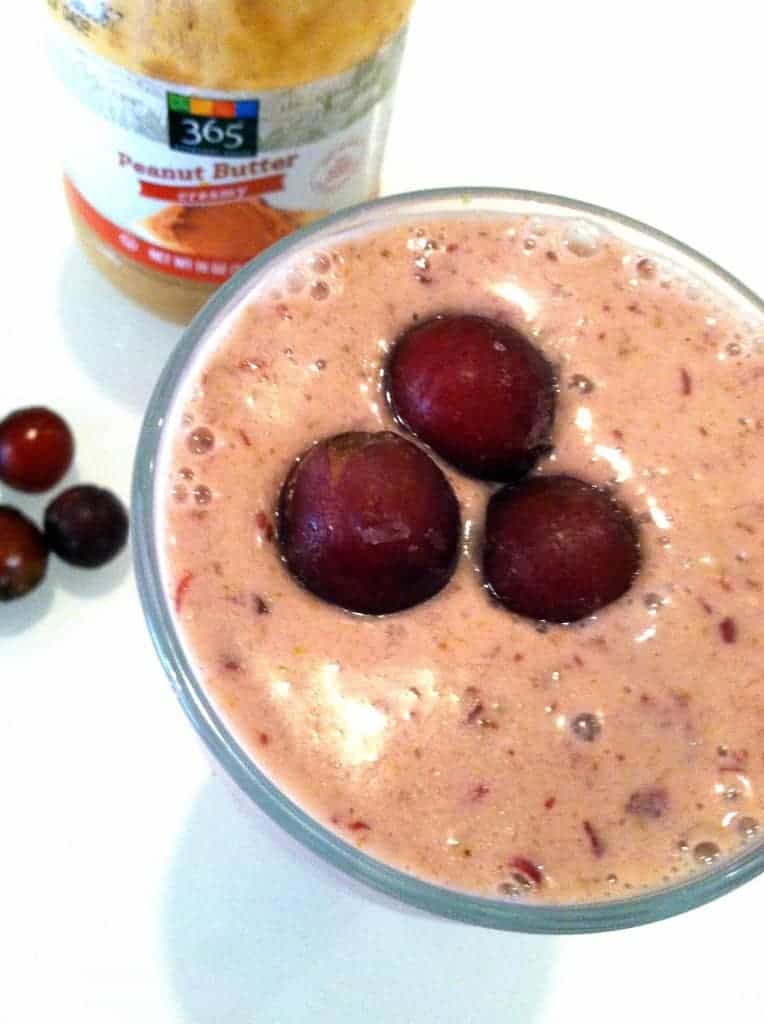