I recently visited Japan and it was one of the most unique, picturesque, and fascinating countries I've ever had the pleasure of experiencing. 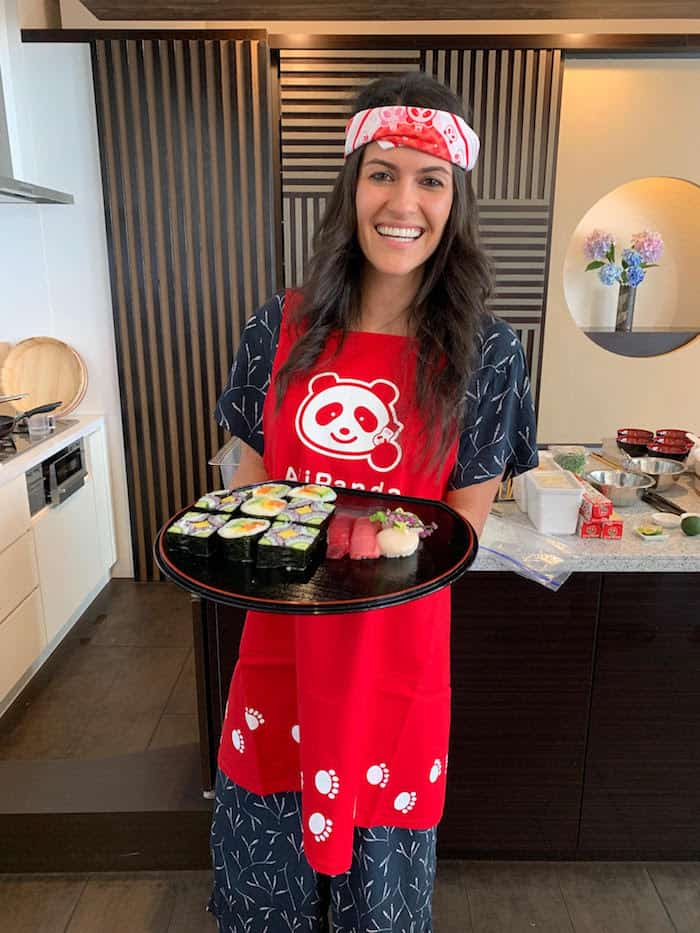 When I was asked to go on this trip in partnership with Ajinomoto to learn about MSG of all things, I was a bit bamboozled. I couldn't define MSG but like most, my perception wasn't pretty.

Had it been the beginning of this blog's lifetime when I was struggling with orthorexia, I would've never considered writing this piece. My past experiences have taught me about the flexibility and grace I needed to create a healthier, more curious and open-minded perspective on food and wellness.

I'm so grateful to not be now where I was then.

Roaming around Japan alongside dietitians and chefs I admire (oh hi, Gail Simmons) was an eye-opening learning experience that I will never forget. Before we get into what I learned on this life-altering trip across the globe, lettuce do a quick MSG 101. 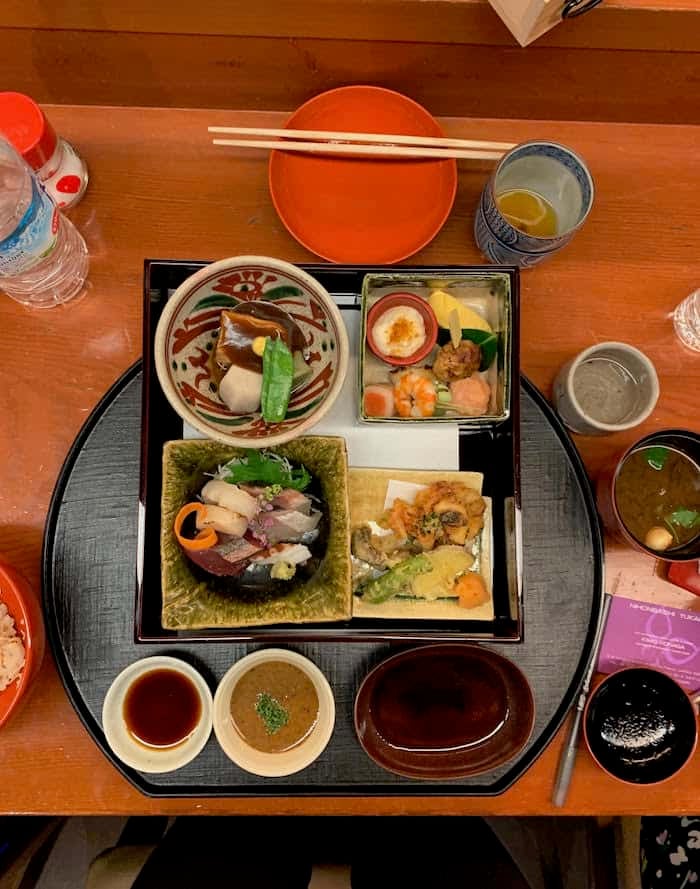 What is MSG, anyway?

Monosodium glutamate combines sodium (like in table salt) with glutamate, one of the 20 amino acids that make up proteins. Everyday foods like tomatoes, Parmesan cheese, mushrooms, asparagus, and breast milk contain glutamate.

Since MSG separates into sodium and glutamate when exposed to water in food or saliva in the mouth, the body can't distinguish between glutamate found inherently in foods and added MSG.

Where'd it come from?

In 1908, after noticing the distinct savory taste of seaweed, Japanese scientist Dr. Kikunae Ikeda attributed glutamate to the taste we now refer to as umami.

Umami is the fifth taste in addition to sweet, salty, bitter, and sweet. It's that savory, well rounded, mouth-watering deliciousness we all know and love. It lasts longer than other tastes, increases salivation, and spreads throughout the tongue.

Did you know MSG has two-thirds less sodium than table salt? Hooray for added flavor with less salt!

MSG was commercialized in 1909. It's made by a fermentation process that begins with corn, sugarcane, or cassava in other parts of the world.

You betcha. While I wouldn't want to invalidate anyone's personal experiences, it's important to note that MSG isn't considered an allergen so one can't be allergic to it.

The FDA has never been able to confirm that MSG causes any of the generally reported side effects.

Adverse event reports helped trigger the FDA to ask the independent scientific group, Federation of American Societies for Experimental Biology (FASEB), to examine the safety of MSG in the 1990’s. FASEB’s report concluded that MSG is safe.

Experiencing headaches after eating food with MSG may be due to high sodium content in the food versus the MSG itself. MSG is only 12% sodium, unlike other sources of sodium in food like sodium chloride.

The International Headache Society removed MSG from its list of causative factors for headaches last January.

So, why does it have a bad rep?

In 1968, a physician wrote an anecdotal letter to The New England Journal of Medicine describing weakness, palpitations, and numbness in the arms after eating Chinese food.

He blamed his symptoms on several ingredients, including sodium, alcohol from cooking wine, and MSG. 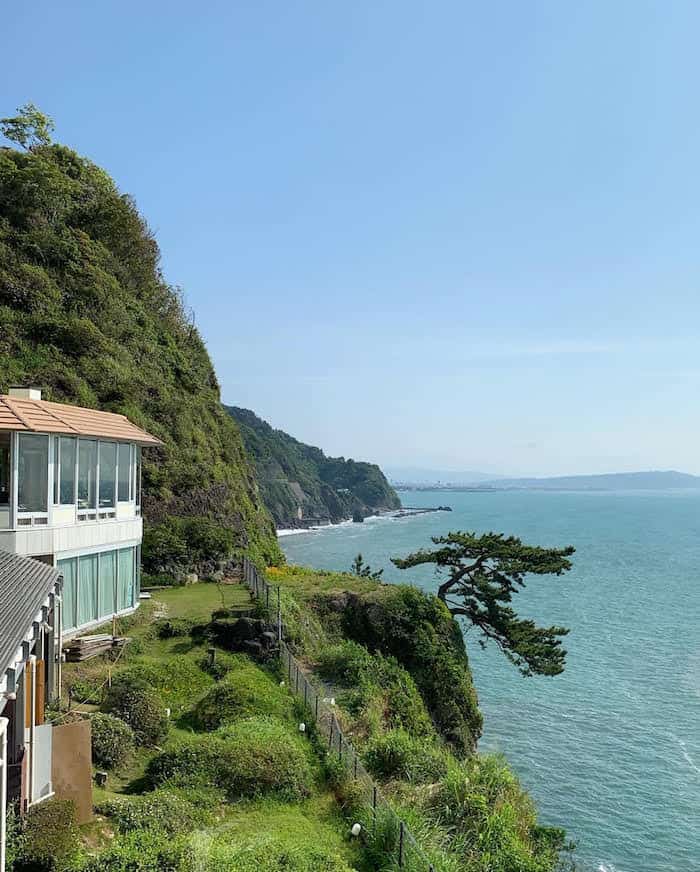 Nonetheless, the focus became MSG and the letter spread the idea that MSG may cause those symptoms, known as "Chinese Restaurant Syndrome."

If one were sensitive to MSG, he or she would also be sensitive to all glutamates, including those in tomatoes, mushrooms, and parmesan.

Scientists have carried out double blind, randomized, controlled trials over the last 30 years and concluded that MSG is safe.

Onto the lessons learned!

1. Respect for yourself and consideration for others is paramount in Japanese culture.

Talking on your cell phone while walking down the street or on public transportation is considered very disrespectful. You may even see signage advising against it!

I was completely shocked at how quiet and peaceful Tokyo was. Standing in a big city without cars honking and people yelling into their phones was quite an anomaly. The politeness in Japan was astounding.

Japanese people are extremely courteous of others, which leads to an overall sense of serenity and groundedness throughout the country.

You will hear no shortage of "please" and "thank you." I noticed an interesting disparity between the "self" mindset in America versus the more community-centric aura of Japan. 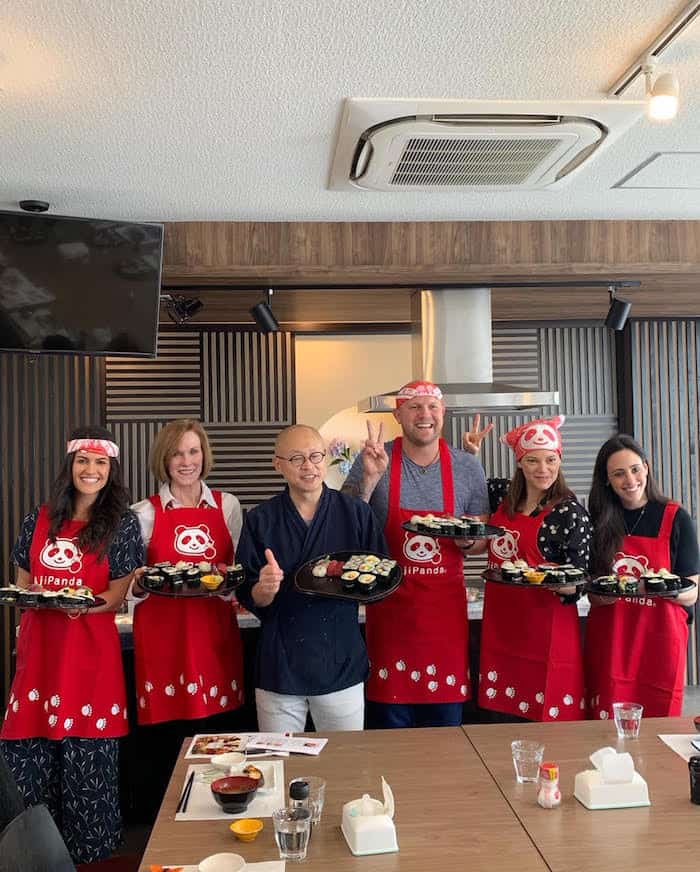 2. Japan may be the cleanest place you'll ever see.

I literally didn't see a single piece of trash. Nothing on the ground and nothing in a trash can either because, get this---there are no visible trash cans. It's normal for Japanese to carry their trash with them and dispose of it at home.

Littering or tossing gum on the ground is unheard of. Talk about honoring the planet! There is a clear effort to keep things orderly, tidy, and beautiful. This attention to organization and systems is ingrained at a young age. 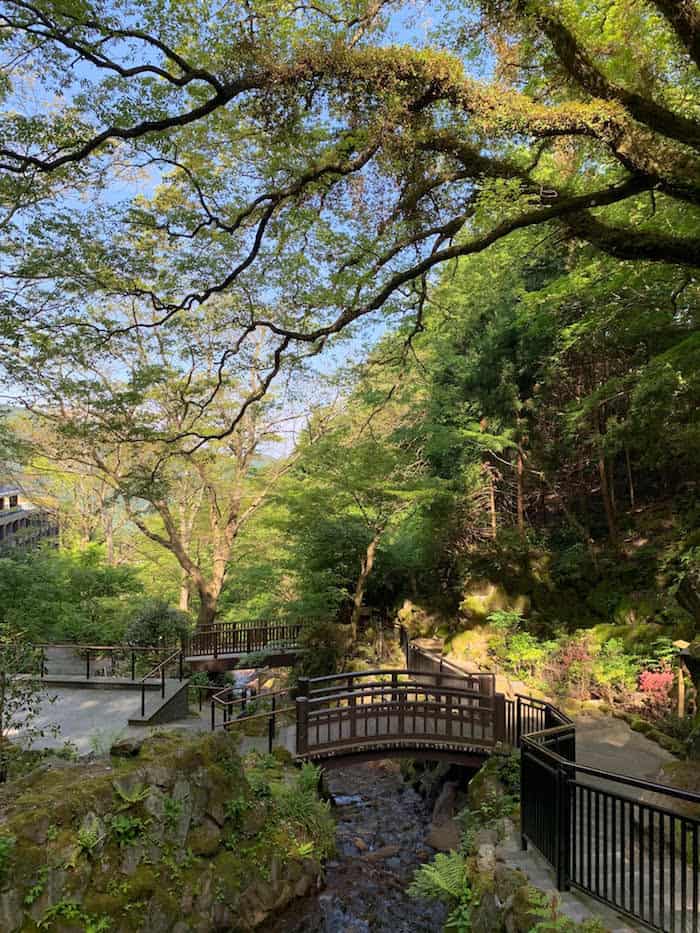 3. Umami is integral to Japanese cuisine.

Now there is an important difference between free and bound glutamate. "Free" means not part of a protein chain, meaning it can bind to glutamate receptors on the tongue and impart a rich umami taste.

Bound glutamate does not bind to those receptors and therefore does not lend the umami taste.

The reason you see ingredients like yeast extract, hydrolyzed protein, etc. on food labels is because those broken down proteins allow the glutamate to bind, meaning more umami taste.

Fermenting, ripening, and aging (think cheese) are all processes that naturally promote the breaking down of proteins resulting in free glutamate and more flavor. 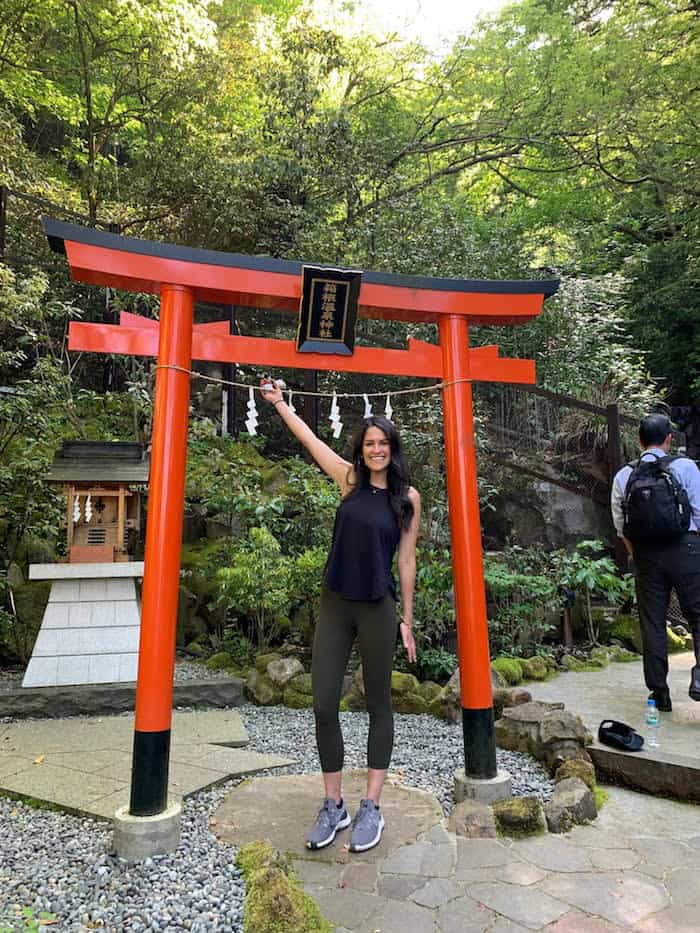 4. The Japanese sure know how to dress!

I was more impressed with the street fashion in Japan than any other country I've visited. People generally dress fairly conservatively but in the most stylish way---very chic, crisp, and thoughtfully composed.

You won't see anyone wearing athleisure in Japan so don't plan on walking around in your yoga pants!

5. It is considered disrespectful to tip.

A local explained to us that tipping insinuates that the person isn't getting paid enough already. Once again...respect!

Simply put, tipping is far from an expectation and is even offensive to some. 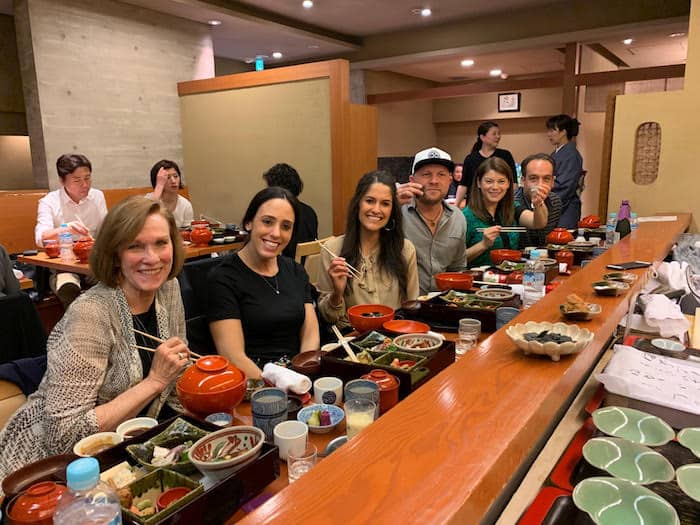 6. Dashi is the perfect umami experience.

One of my favorite experiences  was visiting Iron Chef Kimio Nonaga's restaurant, Nihonbashi Yukari. You know you've made it as a chef when you're an approved caterer for the Imperial Palace!

Chef Nonaga’s cooking demonstration taught us extensively about dashi and how chefs utilize MSG in restaurant cooking. He had us taste steamed vegetables with and without MSG so we could really understand how it deepens and rounds out the flavors.

Like bouillon in French cuisine, dashi is what makes miso soup so divine. It's made using glutamate-rich kombu (sea kelp) and katsuobushi (dried bonito, or boiled then smoked skipjack tuna).

Since vegetable oils used to be limited to the wealthy and animal fat wasn't common due to Buddhist beliefs, dashi was and is the gold standard for creating delicious food.

It was fascinating to learn about how this science occurs in nature because when I saw the words inosinate and guanylate on food labels before, they just sounded like weird chemicals to me. I'm officially a food science nerd! 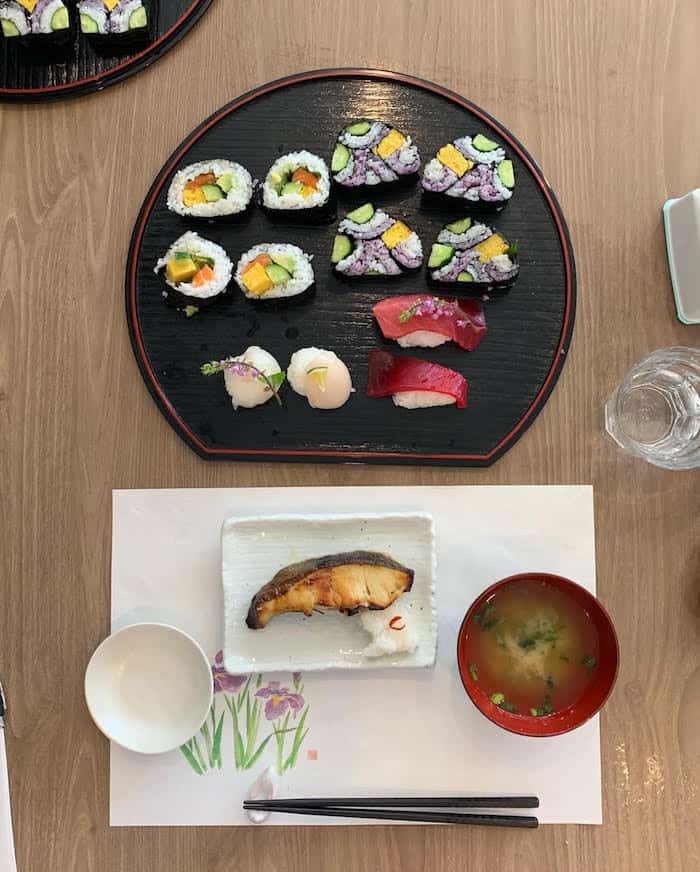 Similar to the shocking cleanliness of this magical place, I was also taken aback by how safe Japan felt. We saw very young children walking to school without adults.

Locals confirmed that crime rates are extremely low and theft is almost nonexistent. Children are taught principles of trust and morality from childhood. You may notice lost and founds around town in hopes of returning property to the original owner.

Sounds crazy, right? It took a moment to get used to, but the traditional style of dining means eating rice at the end of the meal, after the meat and vegetable course. Quite the palate cleanser!

Miso soup is consumed at the end of the meal if you consume alcoholic beverages during the meal; if not, it’s enjoyed at the beginning. 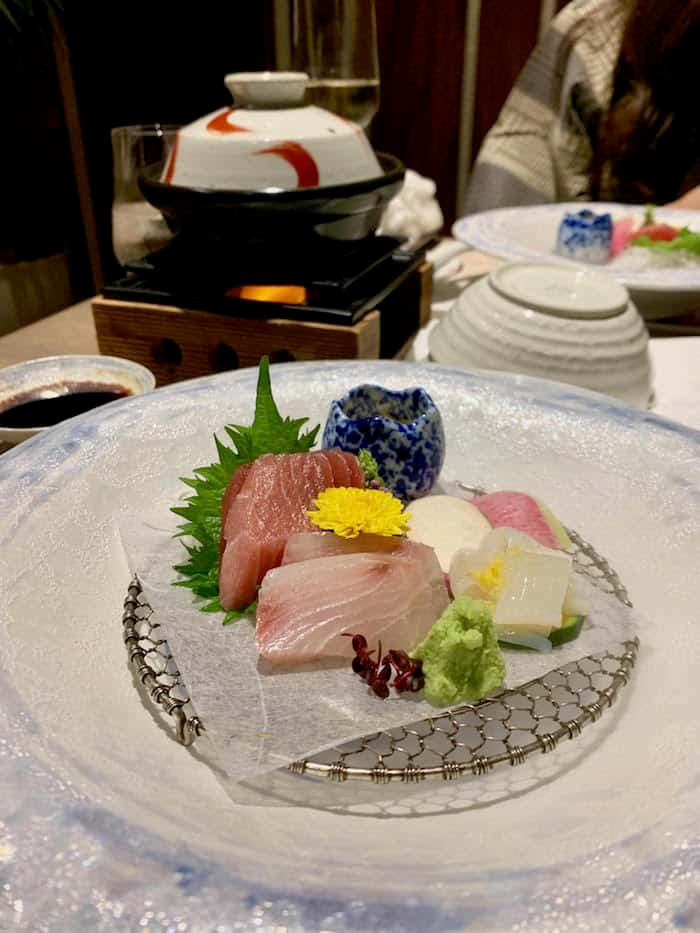 It's not hard to get trapped in the mindset that every human on this earth should eat local, organic food from small farms. If everyone could experience free glutamate via parmesan and dried mushrooms and bonito, I'd be elated.

I will continue to support initiatives that make good, fair food available to all. We all deserve access to delicious foods, but those means are different for everyone. Even if you feel MSG isn't for you, it may be for someone. There is no doubting the fact that wellness can at times be elitist.

The global population continues to expand. There will be nearly ten billion people on this planet by 2050. The challenge of providing delicious and nutritious foods isn't going anywhere. 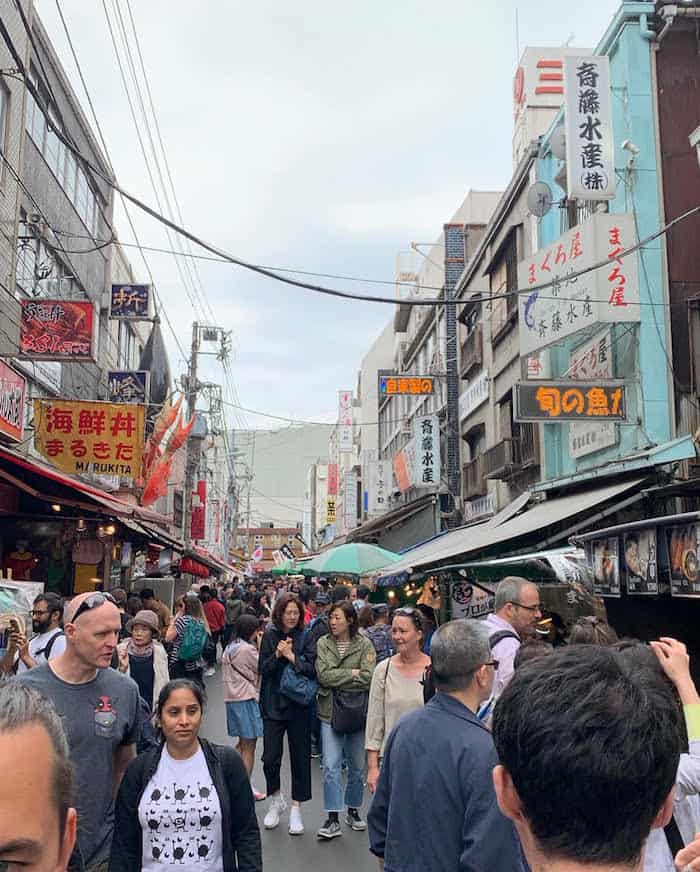 We each have the right to do what we feel is best for our body. The tough part is refraining from extrapolating what one person's body can or cannot tolerate to everybody else. There is nothing more personalized than nutrition needs.

Living in an era where observations often override science, it's tougher than ever to navigate what good nutrition means.

Maybe you don't read this and go sprinkle MSG on your popcorn. I get it (though a mixture of Parmesan, MSG, and pepper on warm popcorn sounds amazing right now)!

What I do hope is that I continue to challenge you to think outside the box, to eat with joy and intention and without fear, to consider alternative views, and to always be up for challenging the status quo. 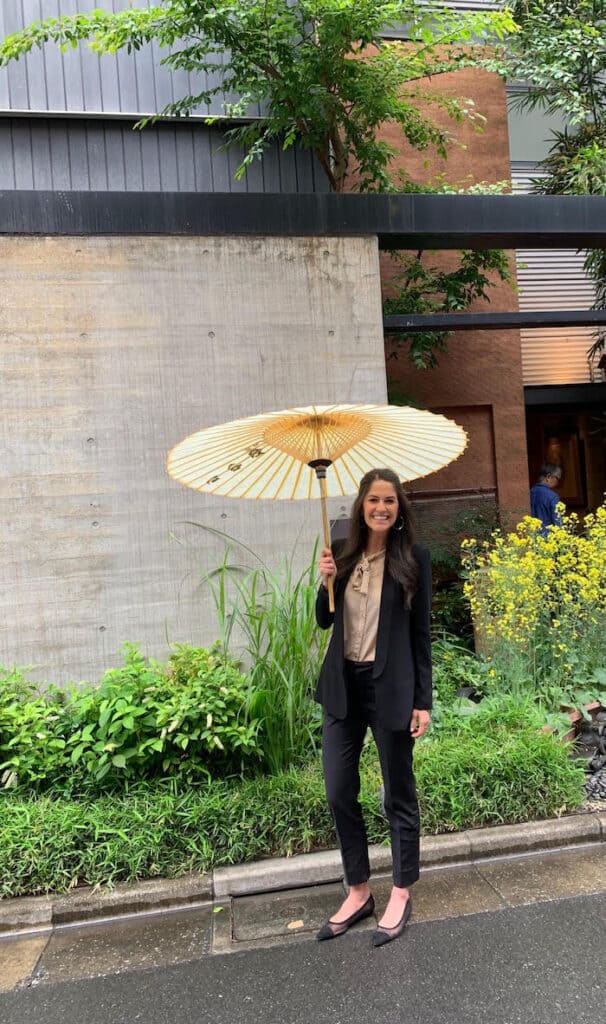 This post is sponsored by Ajinomoto. All thoughts and opinions expressed in this post are my own.