Hummusapien » Lifestyle » Travel » What to Do and Eat in Louisville

This Louisville travel guide will help you plan your weekend getaway to a historic town with plenty of bourbon, outdoor activities, and delicious southern food!

Why Louisville, you ask? 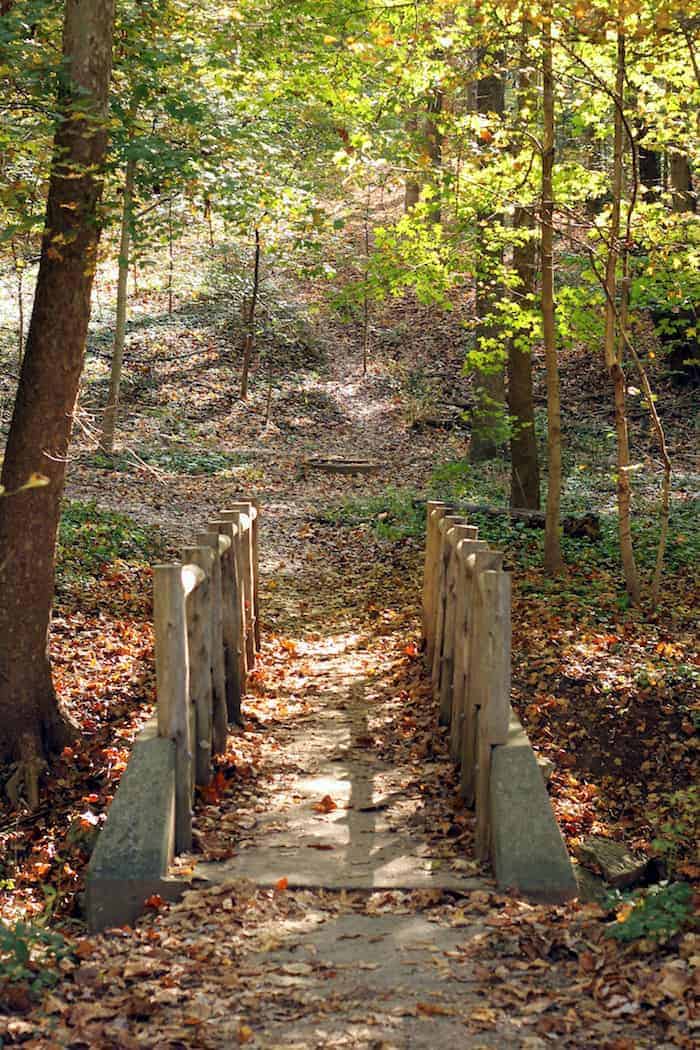 Why NOT! It's a short drive from Columbus, it's known to be a fun little foodie city, it's affordable, and I had never been. Bourbon and BBQ? Sounds like a dreamy weekend getaway to me! 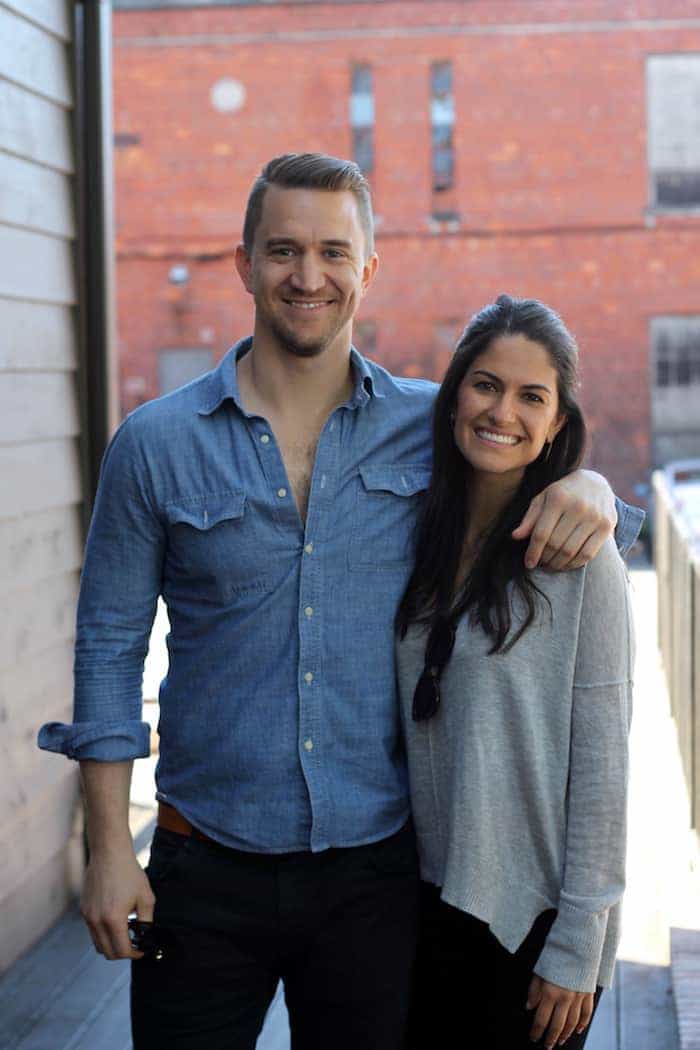 I must say that I was shocked and frankly super impressed by the local food scene in little ol' Louisville. Nearly all of the restaurants we went to had local farms listed on the menu for sourcing. We only spent a weekend there, but we really made the most of it and I think that's all the time we needed. 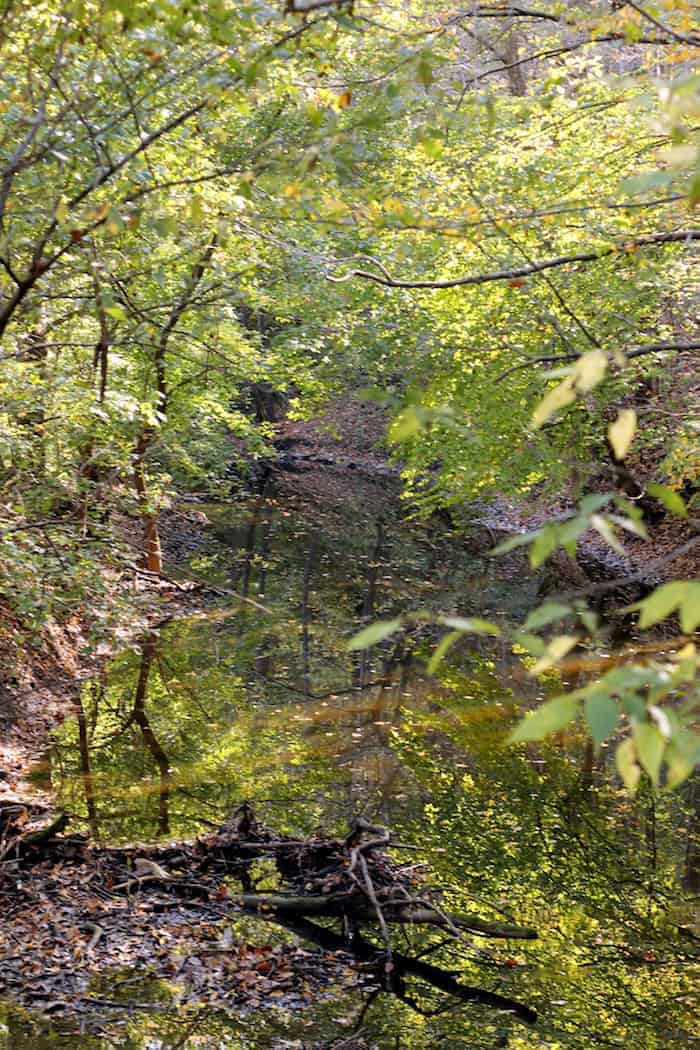 Nine out of ten times I'm going to tell you to stay in an Airbnb, and I'm not getting paid to say that. You experience the city like a local, it's usually cheaper than a hotel, and it's just a more easygoing experience overall. I wouldn't say Louisville is particularly known for its beauty, but the area we stayed in was pretty cute and walkable. The hosts had an adorable separate upstairs space with a super comfy bed. The best part hands down was the slice of pumpkin bread from Please and Thank You that they had sitting out when when we walked in! It's the little things.

What to Eat (and Drink): 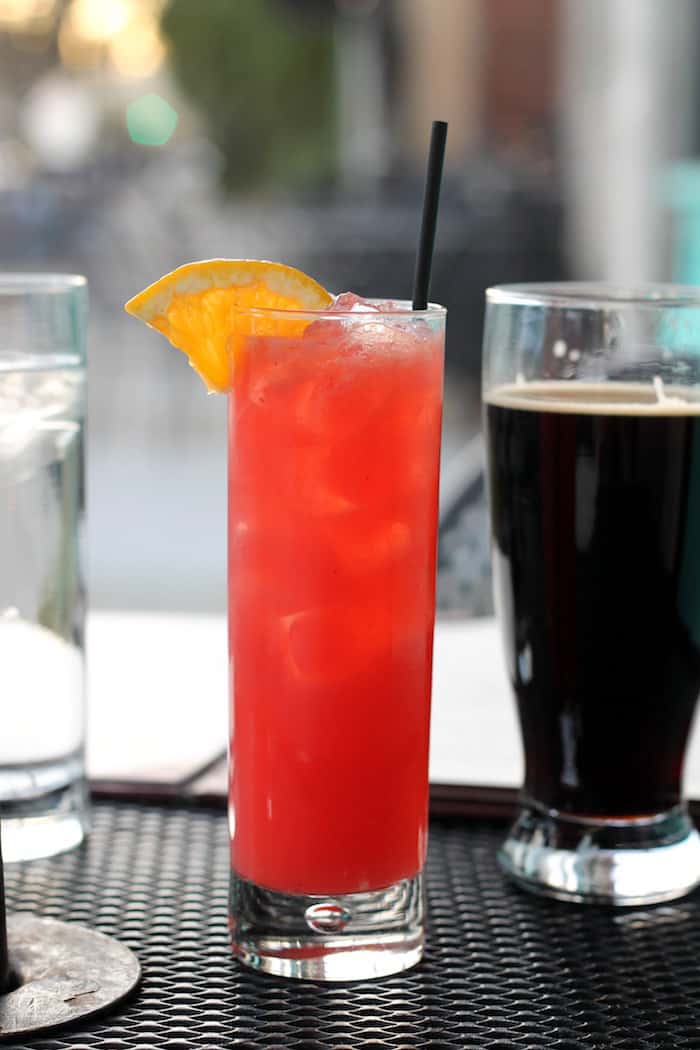 You guys never fail me. I turned to Facebook and Instagram for restaurant suggestions and boy oh boy, did you deliver! I'm such a sucker for a cute local coffee shop or brunch joint. We loved pretty much everywhere we went. Y'all know me so well! (You can blame Kentucky for that one.)

Please and Thank You 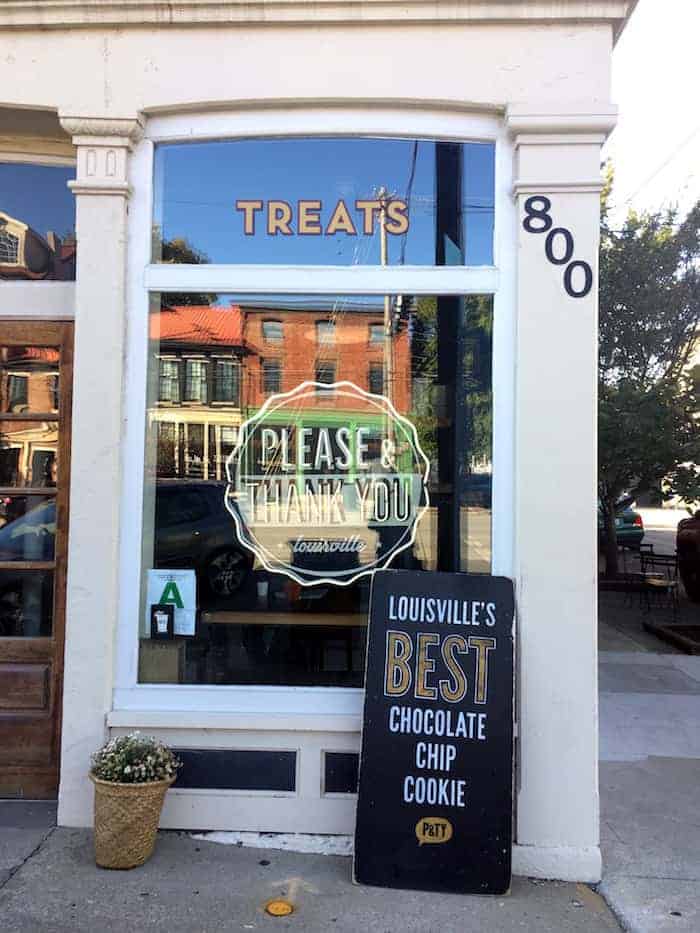 This adorable bakery and coffee shop meets record store stole my heart right when I walked in the door. We heard they had the best chocolate chip cookies around so obviously we had to judge for ourselves. If I lived in Louisville I'd come here allllll the time. 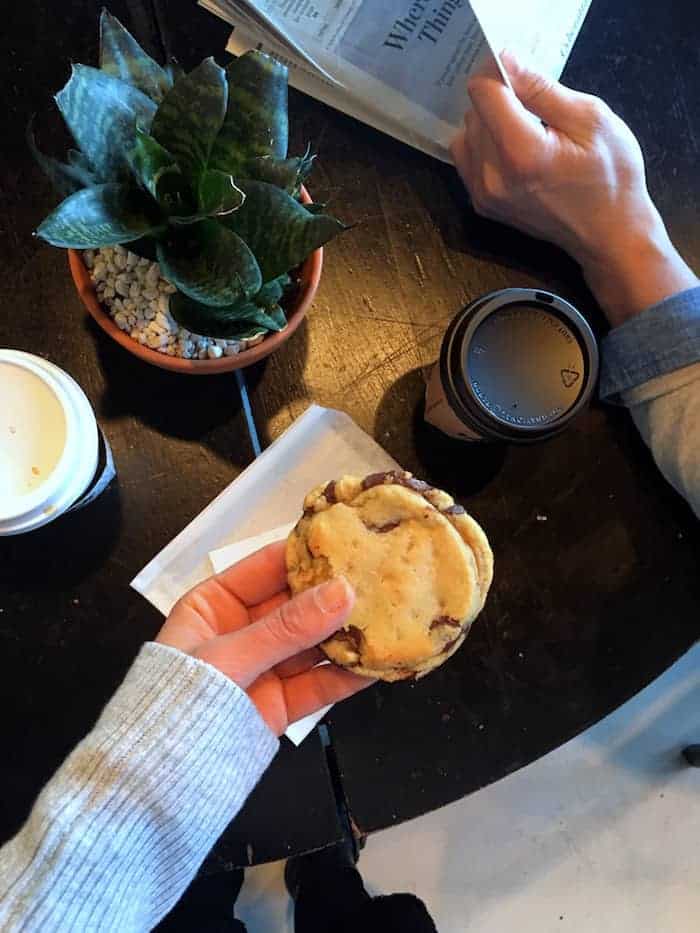 Jeff ordered the brioche toast with cinnamon, butter, and sugar and HOLY MOLY it was honestly a dream. I'm actually drooling right now just typing about it. We didn't get to try any of their other yummy bagel sandwiches but if they were anything like the toast, they'd be more than worth a trip. The cookie and coffee were of course totally delish as well! 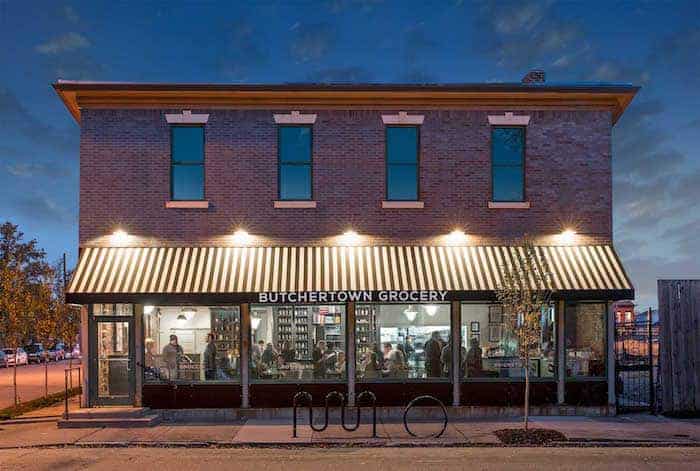 Walking into this place was like walking into my dream home. It had a cozy and rustic meets elegant atmosphere complete with exposed brick, beautiful marble tables, and a super sleek design overall. The outside leaves much to the imagination, so you basically walk into wonderland. 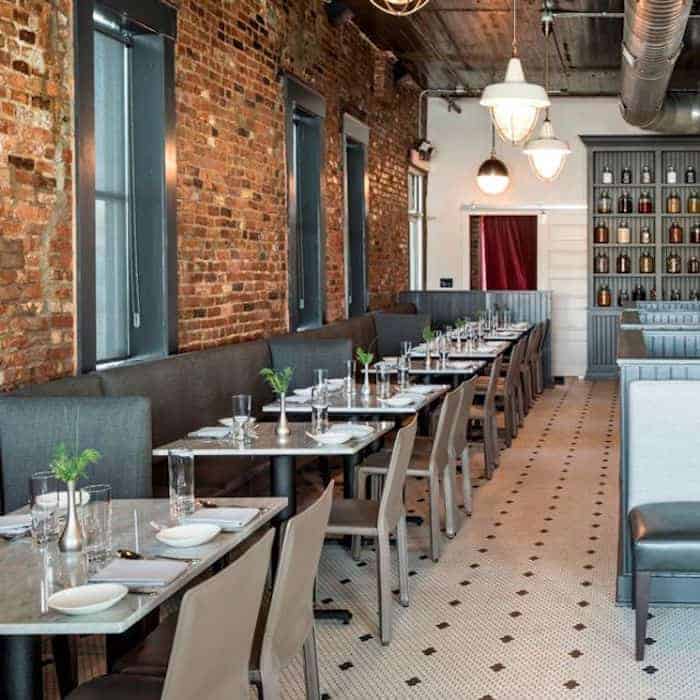 The manager talked to us for nearly twenty minutes about the restaurant's unique history and food that's "approachable and comfortable elevated by technique and ingredients" before giving us a tour of their impressive upstairs area complete with a dark, sexy bar and Speakeasy space. Think comfort and simplicity meets fine dining. 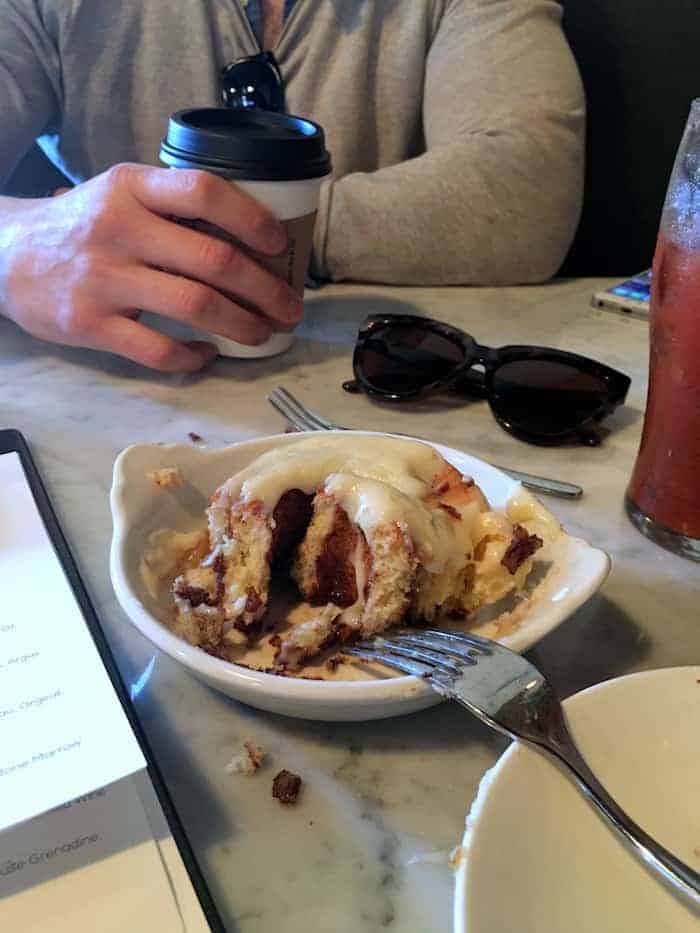 The chef behind Butchertown lets quality local ingredients speak for themselves. It was founded on the principle of bringing people together over good food, which paralleled the vision of the grocery store that occupied the building in the mid 1900's. I was lucky enough to tour the kitchen upstairs and I found varieties of olive oil, vinegar, and pickled vegetables I'd die to have in my own home or cafe. This guy is sourcing with his heart---something I truly appreciate.

Despite being less than a year old yet, Butchertown Grocery is the first ever restaurant in Louisville to be named a Top 25 Best New Restaurant by Southern Living. You go, friends! 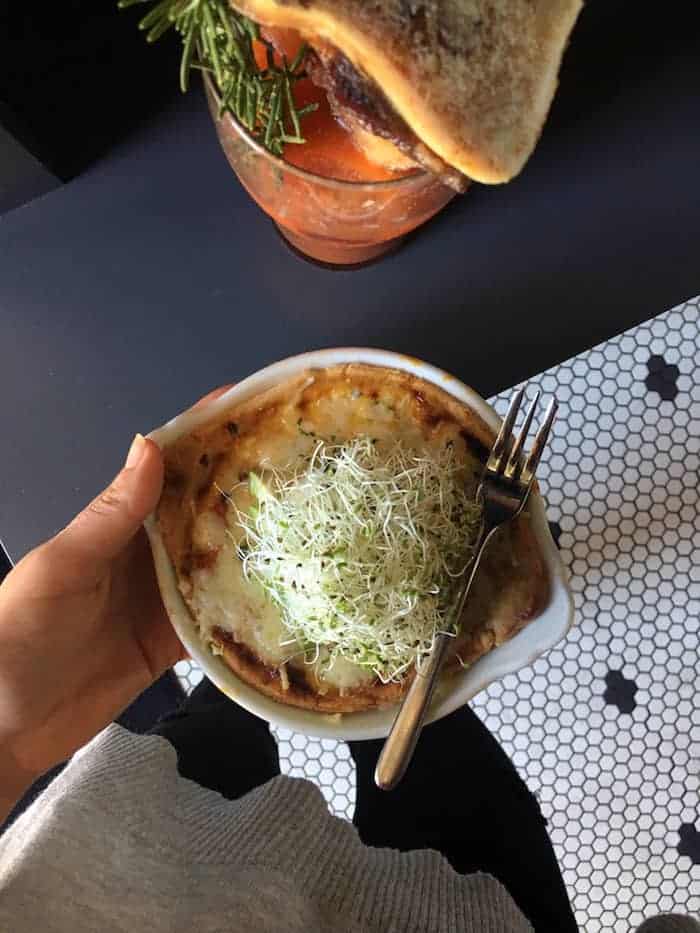 We went for brunch and the sun wasn't really shining, so my pictures don't do the food justice. We started off with an sinfully good knife-and-fork cinnamon roll and the house Bloody Mary, obviously. I ordered the seasonal vegetable quiche with avocado, alfalfa sprouts, and chives. The flaky crust...the rich filling...oh man. So much yes. 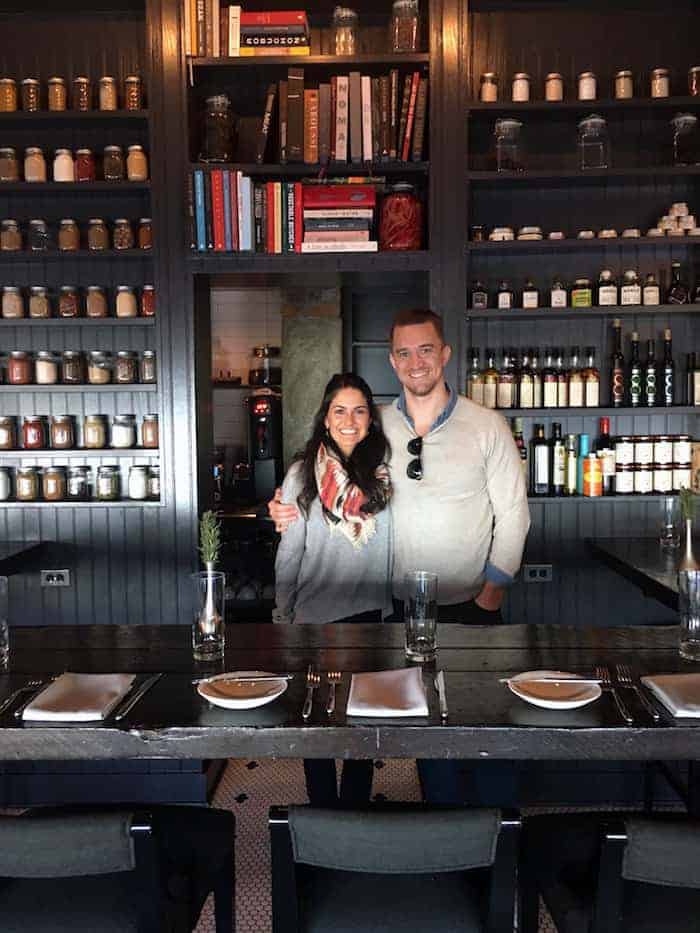 Jeff got the manchego hash browns with his entree which I graciously helped him eat. They were packed with sharp cheese and totally divine. We can't wait to visit our friends at Butchertown next time we're in Louisville! 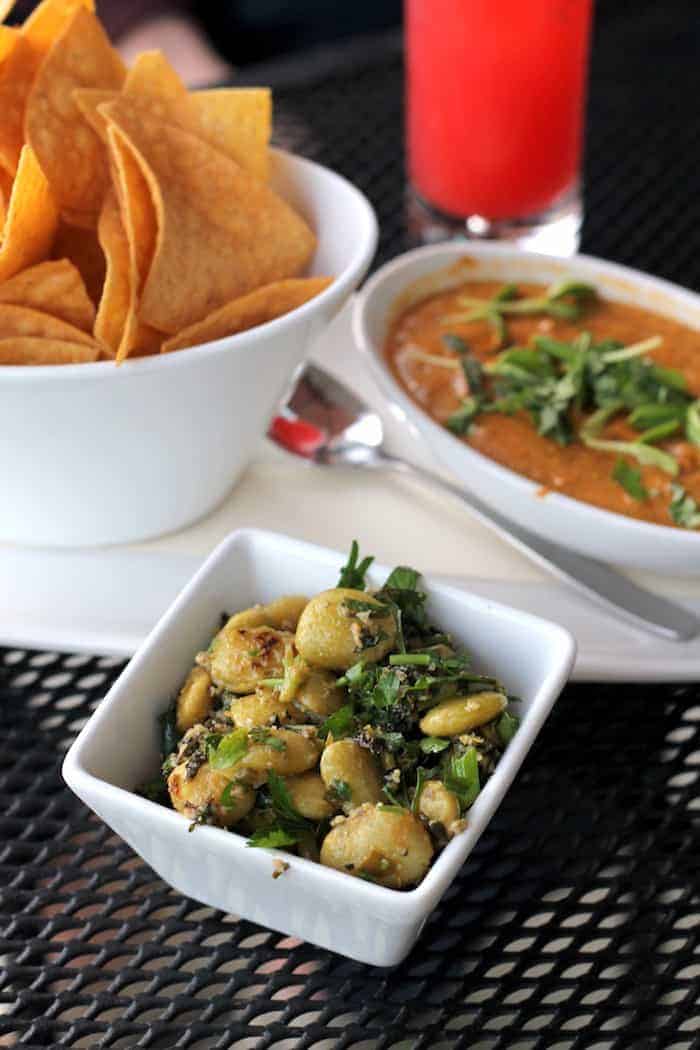 I really adored this indigenously inspired farm to table restaurant, so much so that I was daydreaming about the chef opening up a location in Columbus. It was innovative and satisfying on another level. Everyone told us we had to start with the lima beans, which we were so glad we did! They were fresh, herby, unique and great for a light appetizer.

We also ordered the Sikil-Pak, a special dip made with pumpkin seeds, cilantro, roasted tomatoes and served with homemade tortilla chips that was to die for. Bonus points for being vegan! And how could you not love that blood orange margarita in the background? Heart eyes. 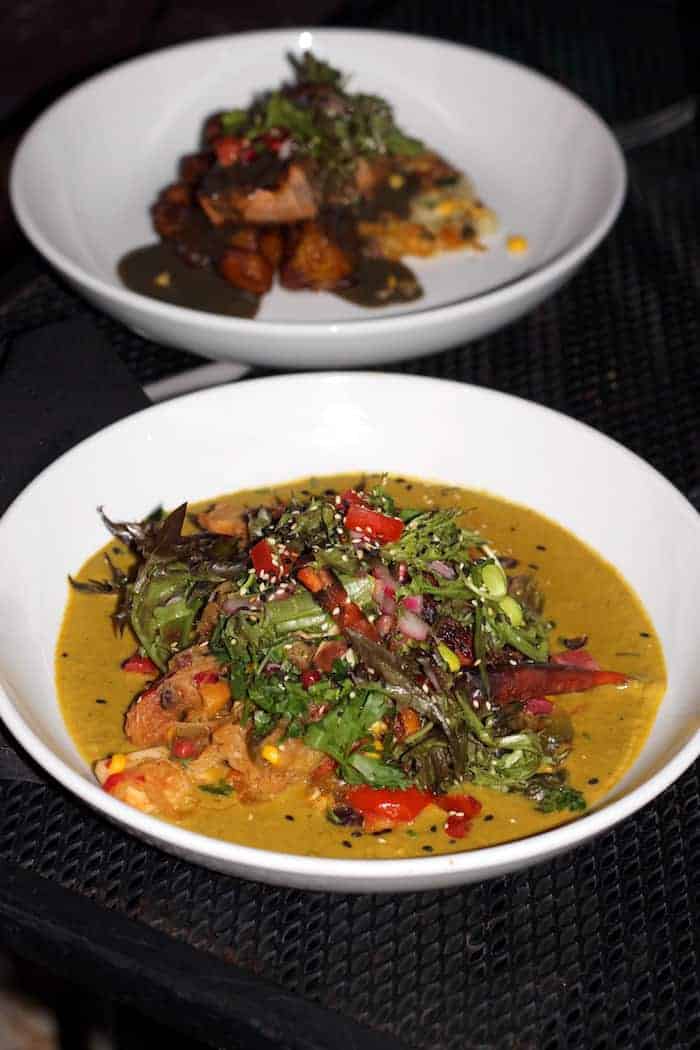 For dinner, I ordered the Spaghetti Squash Toss which was a really unique vegan entree featuring golden beets, shitake mushrooms, black beans, roasted banana peppers, cilantro, and a green mole sauce. It was one of the best dishes I've had in a long time. I think I said "Oh my god" thirteen times while shoveling it in my face. We ended the meal with a real treat, a Mayan mocha. The Yukatan roots of the chef really shined! 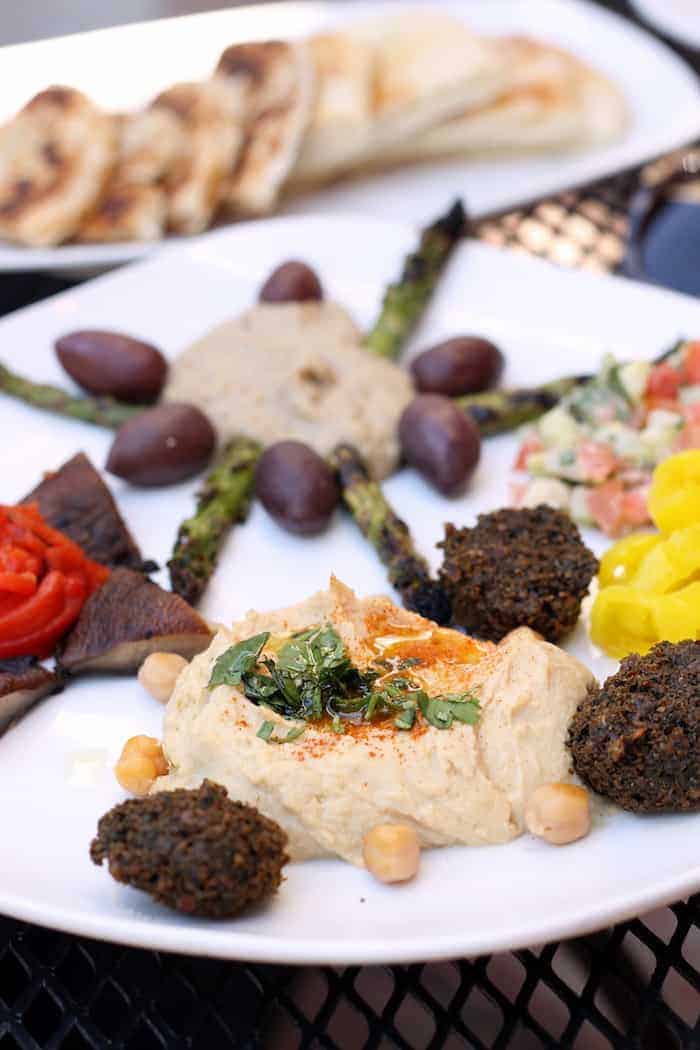 This place had some of the friendliest service and diverse menu items of any of the places we visited. Known for global comfort food, it totally satisfied my cravings for any and all things ethnic and flavorful. We started with the Mezze Mont LaTroun, which had falafel, baba ghanoush, hummus, spiced olives, cucumber-tomato relish, roasted red peppers and pita. It was perfection. 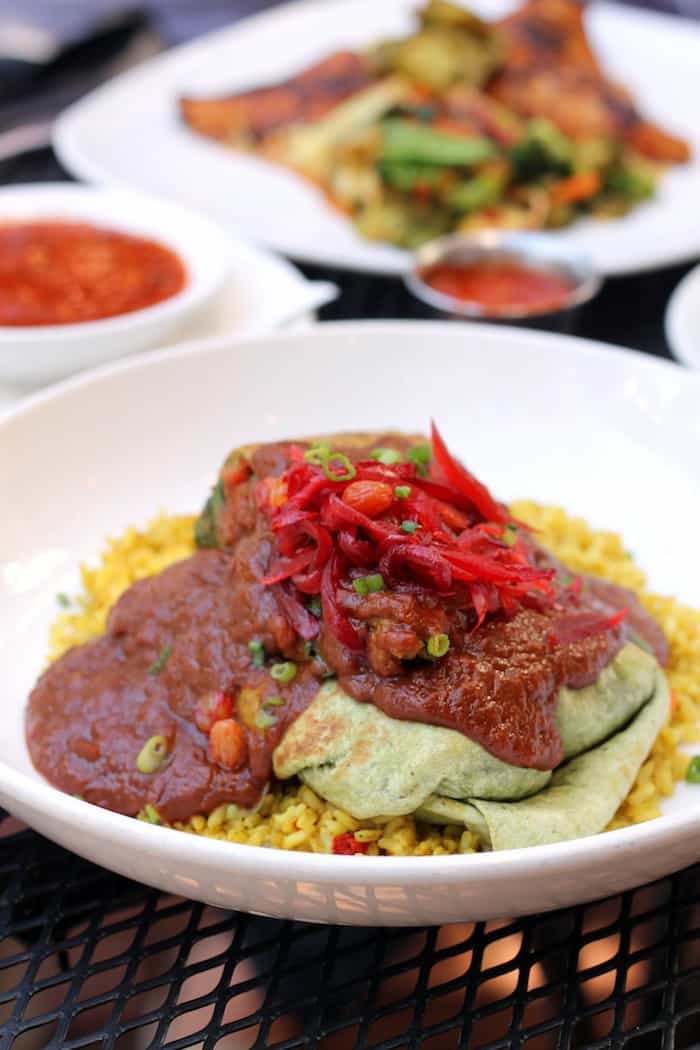 There were so many different things on the menu I wanted to order for lunch, but I finally settled on the Sari Wrap with Indian spiced potatoes, peas, chickpeas and spinach with tomato curry, red onion raisin chutney and raita. I don't typically order wraps but I'm a huge fan of Indian food so this was right up my alley. The raisin chutney had the perfect amount of sweetness and I couldn't get over the creamy vegan raita.

This is a great place to bring all kinds of eaters since they have tons of options for all palates. They even have their own farm where they source chicken, eggs, and produce. I just love that!

You know I always make sure to hit up the classics! I don't have a picture because we visited late Friday night, but this is a good place for that casual BBQ vibe. I really appreciated that they had smoked tofu as an option while my carnivorous boyf chowed down on pulled pork, bacon-y greens, and mac and cheese. If you have meat-loving friends, they'll adore this joint. Great beer selection, too! 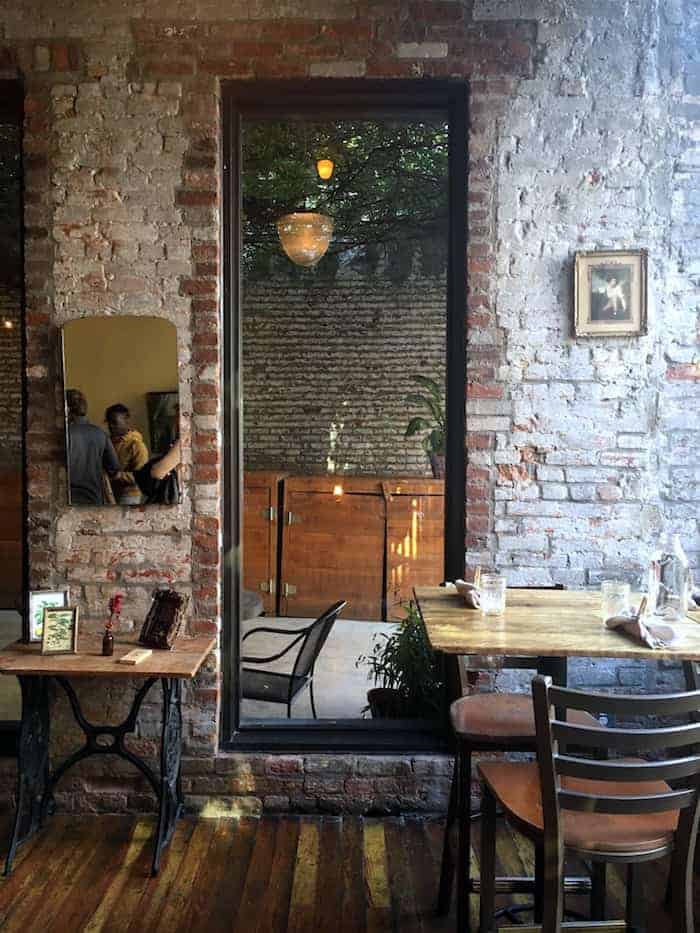 I was all about the decor at this rustic and cozy spot. We went for brunch and it was definitely tasty, but it was one of the last places we'd visited and the others had been so delish in comparison. I ordered the scrambled tofu with roasted veggies, vegan scone, and tea butter. 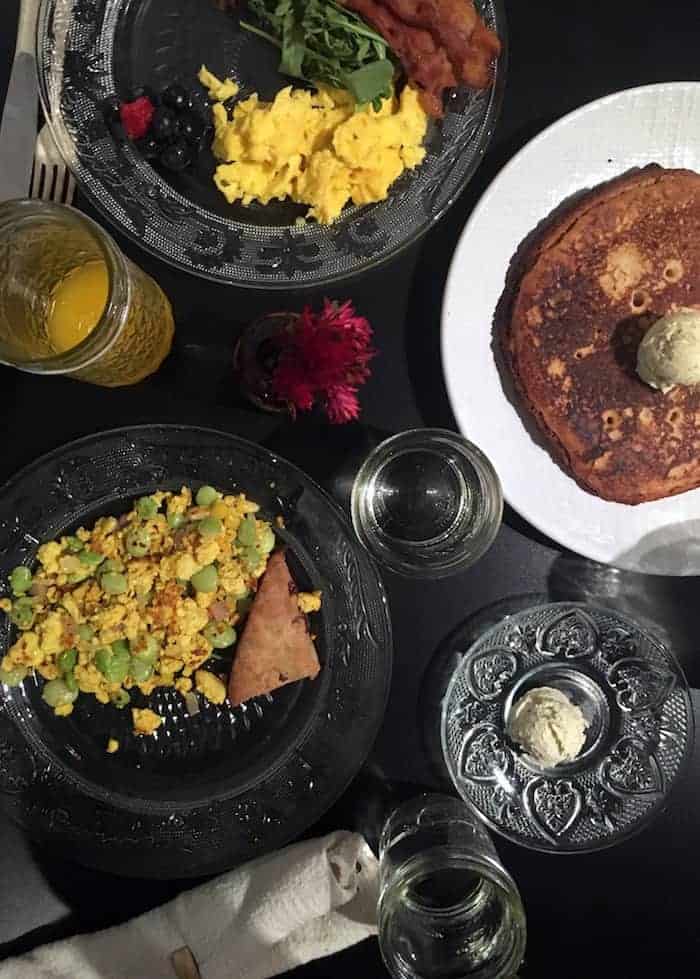 The scramble was fab but I was let down that the veggies were mostly lima beans and onions. The tea biscuit was pretty dry and super tiny. Jeff got the Hillbilly Deluxe with eggs, bacon, fruit, and skillet pancake, but the fruit was literally a garnish of four blueberries and the pancake was dry. 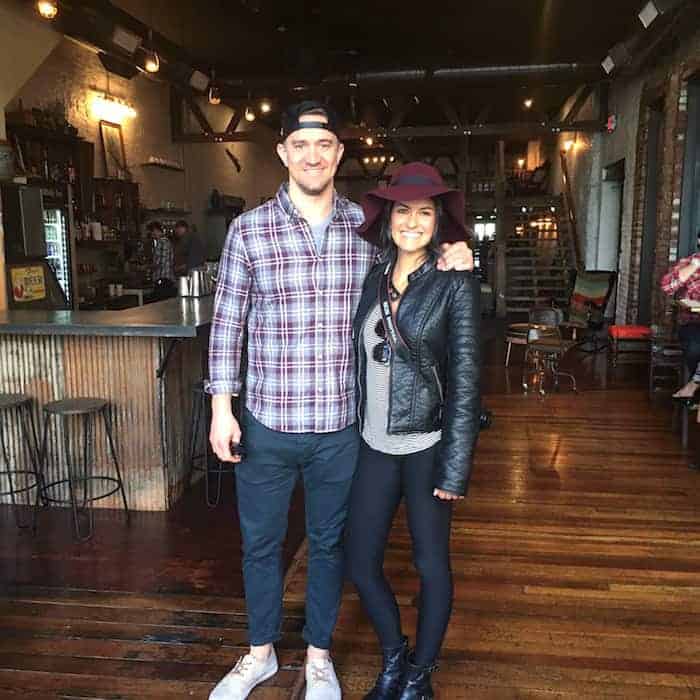 It was an overall good experience. We'd like to try it for dinner! 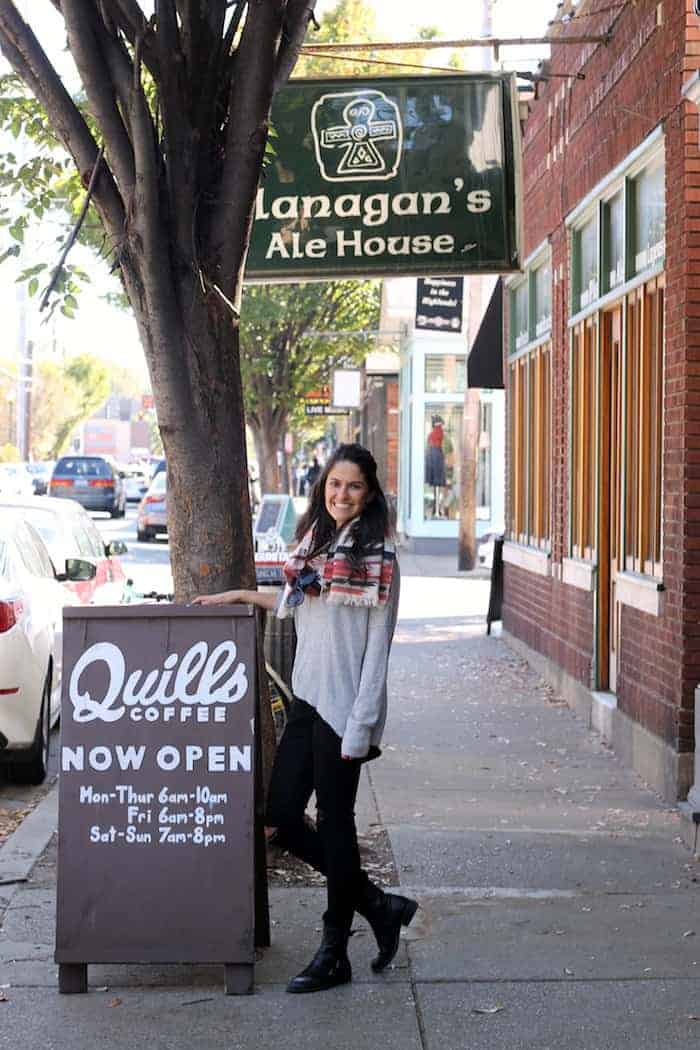 As I mentioned earlier, I have a love affair with local coffee shops and this place had really great coffee. They serve yummy baked goods from Please and Thank You (we had an unbelievable maple donut) as well. It was also in walking distance of where we were staying...score! 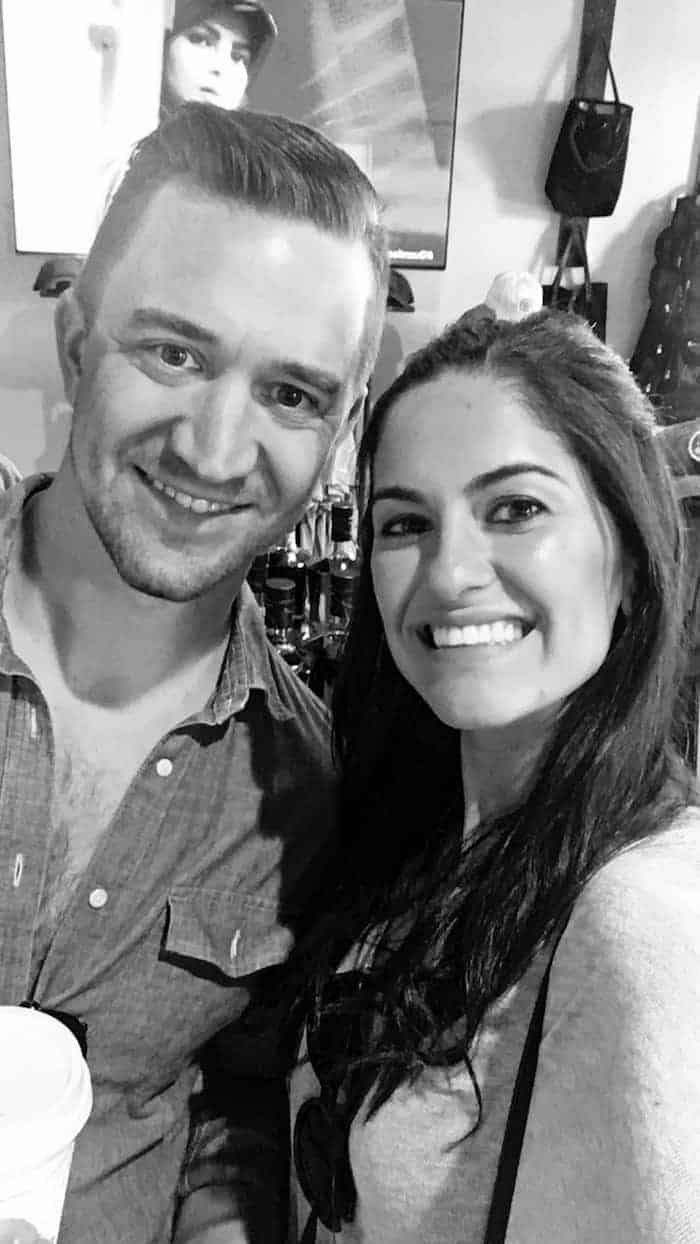 I wish we would've found this area when it was light out because it was packed with super cute restaurants (like the Comfy Cow!) and shops. We wanted to go to The Silver Dollar per Bulleit's recommendations, but it was too crowded. Anyways, Bourbons Bistro was the perfect nighttime hangout, complete with a huge bourbon selection. The bartender was from Columbus so we had plenty to talk about! 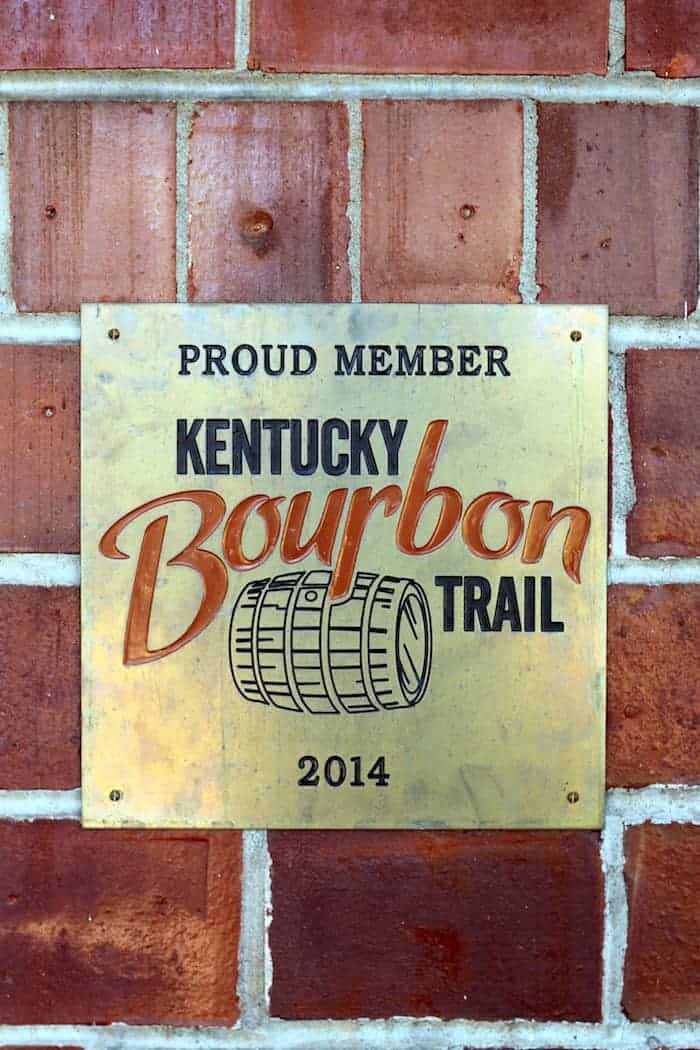 I'm not gonna lie...we spent the majority of our time strolling the streets and eating. I mean when people asked us what we were doing in Kentucky, our reply was "eating." That said, I spent some time researching beforehand and I was really happy with what we did. 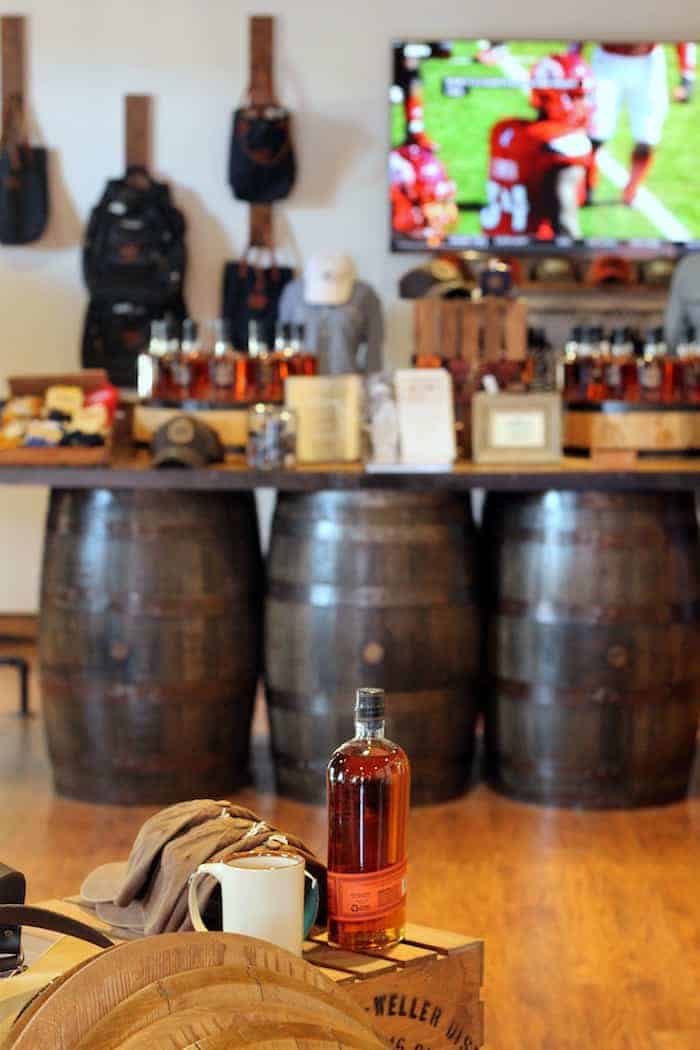 We had the cutest, most charismatic guide named Sonia. I'm not super into bourbon but the boyf is, so this was overall a really enjoyable afternoon activity! 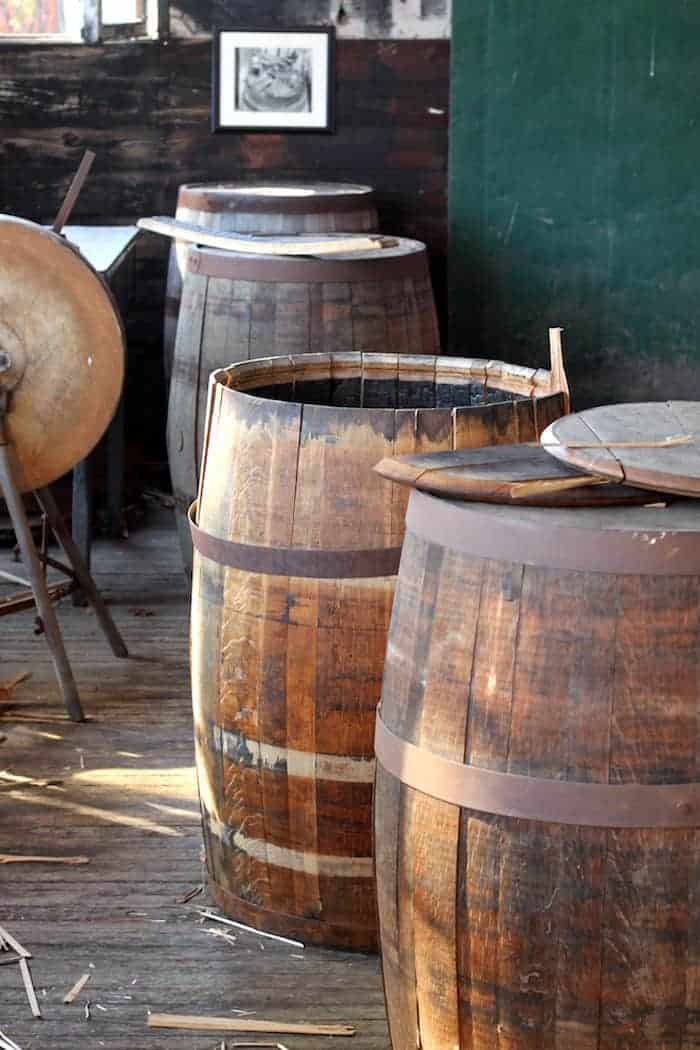 We got to walk around the grounds, learn all about the history of Bulleit bourbon, and then of course sample a bunch of different varieties. When it bourbon land... 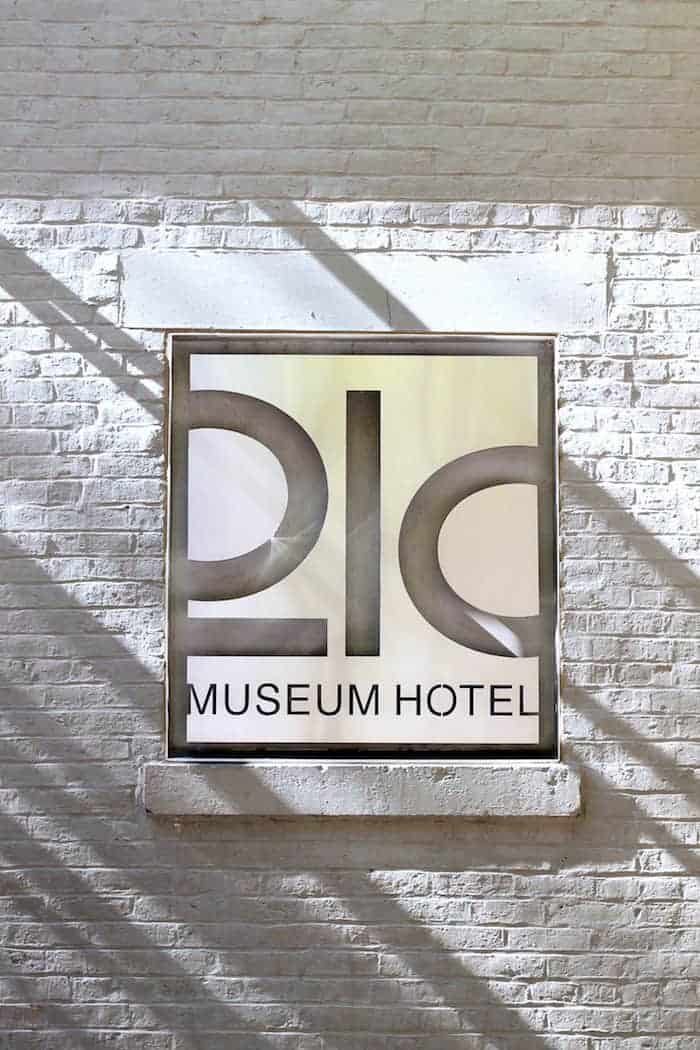 I didn't know anything about 21c until several people recommended it on Facebook. It's basically a chic, modern hotel that functions as a museum as well. 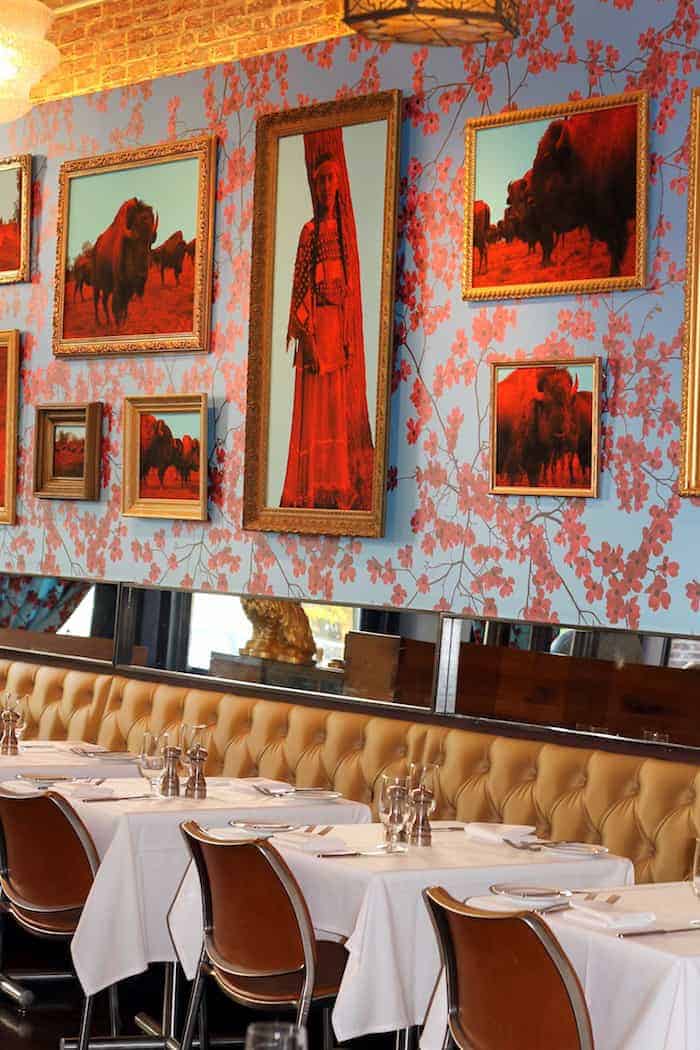 Complete with a beautiful restaurant and bar, this was a really interesting space. There was unique art of all shapes and sizes just about everywhere. It's fairly large, so it's worth a visit even if you're not staying or dining there. There are only six 21c's in the country, so don't miss it! 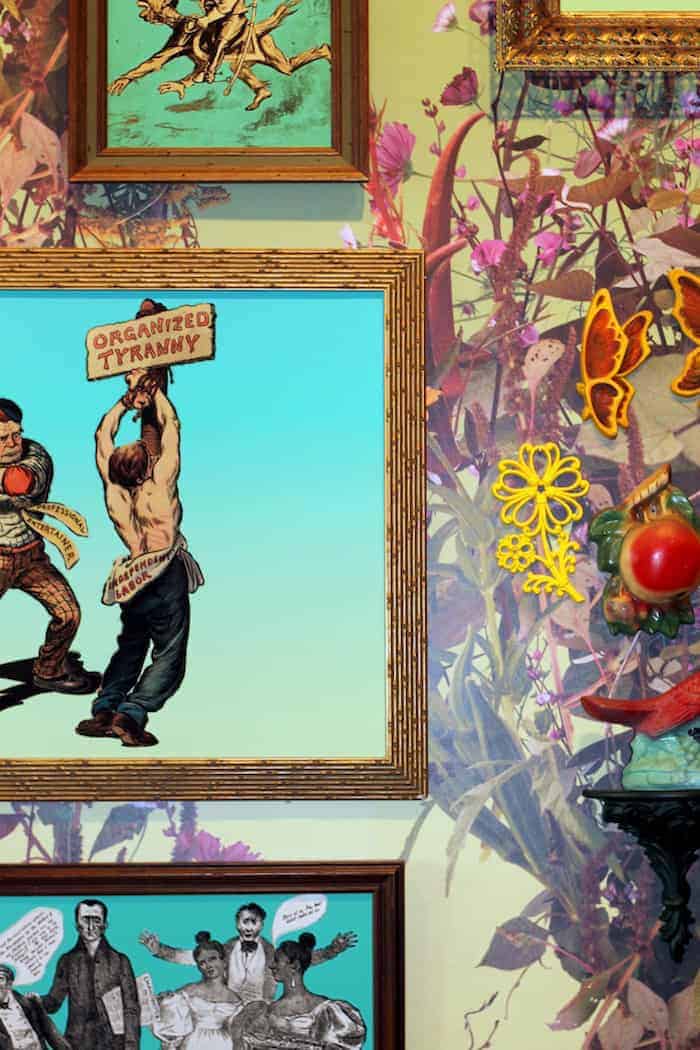 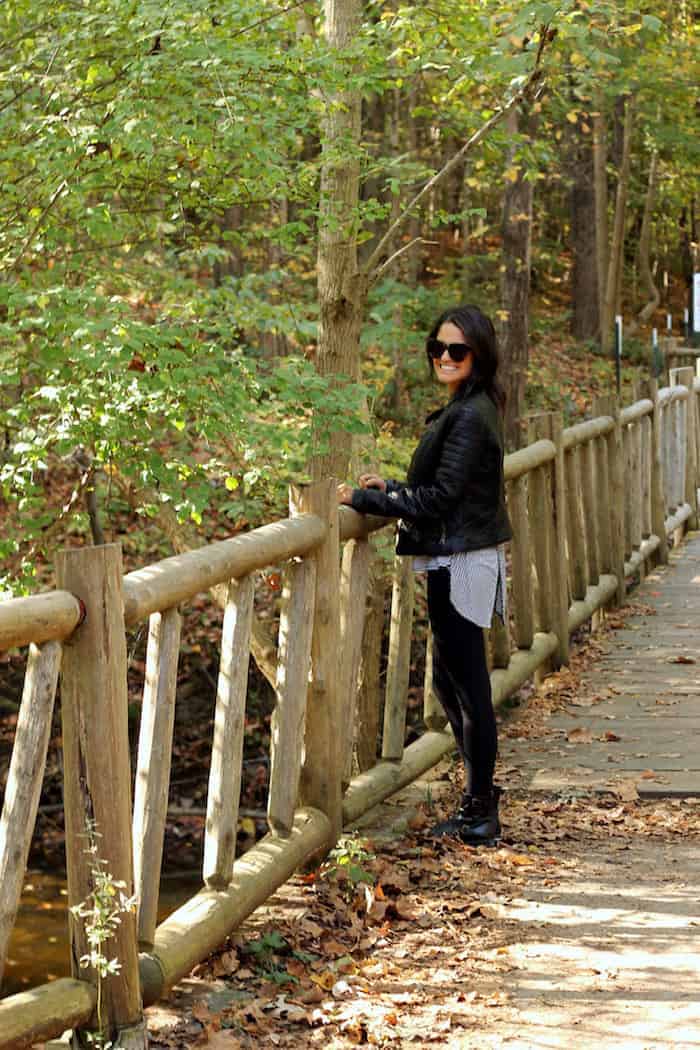 This scenic area was such a nice and needed break from the normal city vibe of Louisville. There were beautiful trees with green and golden leaves and plenty of walking paths just about everywhere. 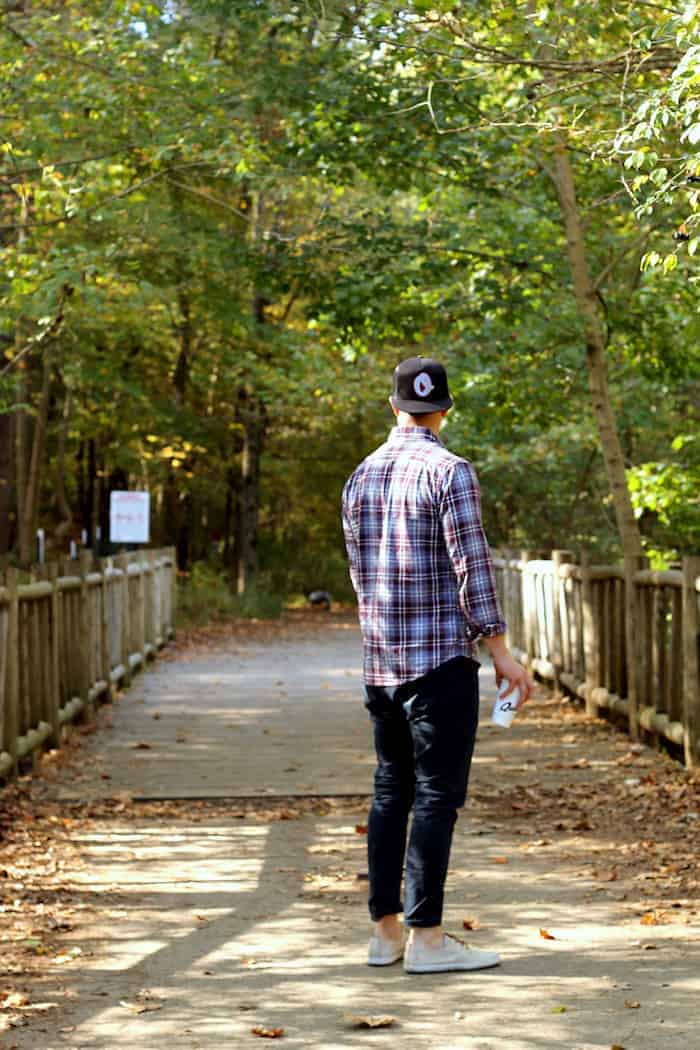 We spent about an hour exploring the grounds and enjoying the peace and quiet. If you're a runner, this would be heaven! 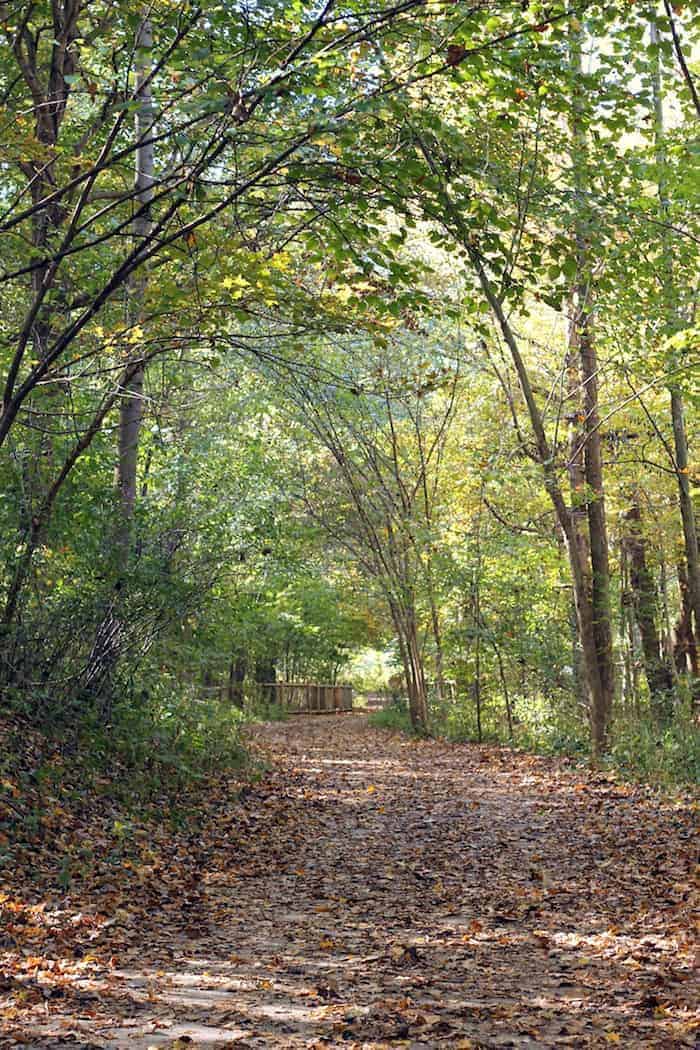 Now tell me! Do you enjoy these travel posts? There's so much more to my life than food and I really want to share that all with you on this space, from travel and lifestyle to entrepreneurship, inspirational posts, and beyond. I'd love any and all of your feedback!

Extra special thanks Butchertown Grocery, Mayan Cafe, and Ramsi's Cafe for graciously covering our meals in exchange for this review. I was not compensated for this post. All opinions are my own.