So there's this bag of lettuce....that I just ate. 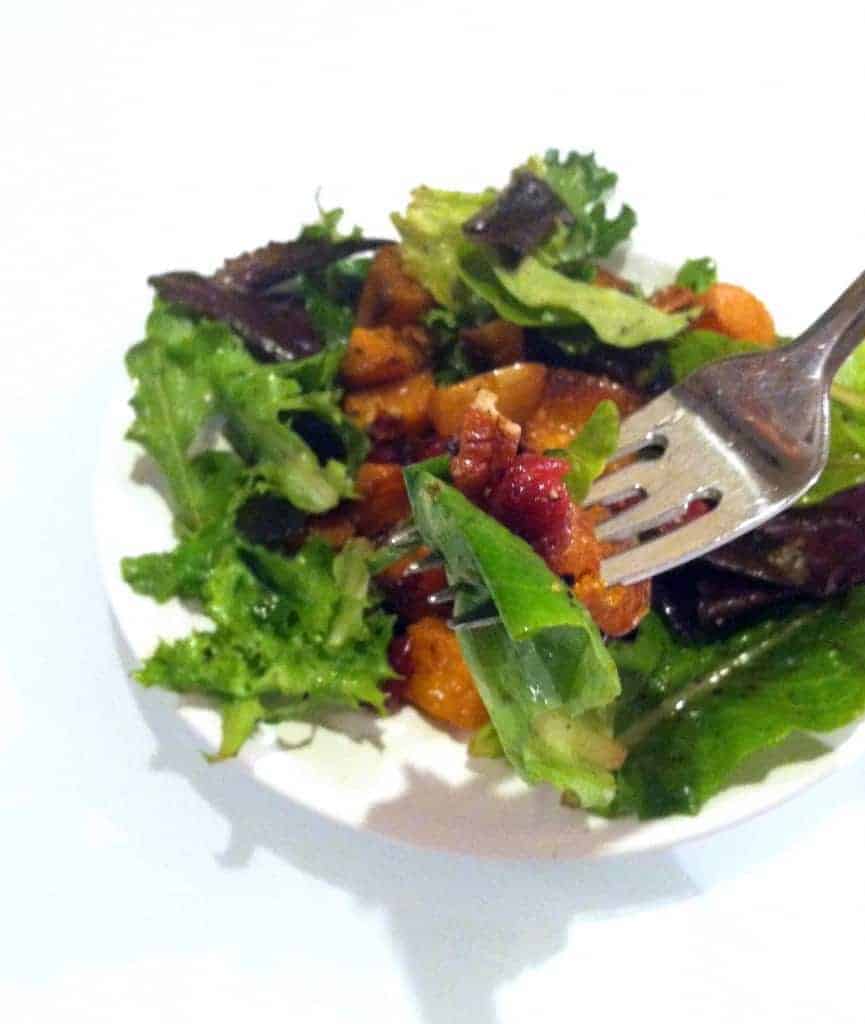 As in the entire bag. In one sitting.  And we're not taking your Joe Schmo ordinary bag of greens. We're talking the semi wilted kind that totally expires tomorrow and looks at you with mopey eyes whenever you open the fridge screaming, "EAT ME, WOMAN!" Neglecting perfectly good lettuce is indeed wasteful and I was indeed neglecting it....until now.

The real reason this salad was born is because I'm too frugal to pay $12.50 for Northstar's winter vegetable salad, which just so happens to be the dreamiest salad on the planet. It's studded with caramelized butternut squash that's roasted so perfectly that it's borderline candy. I take that back. It IS candy. Don't forget the roasted beets, spicy pecans, creamy goat cheese and the vinaigrette that's so damn tasty I question if it's actually real.  (I think that's enough adjectives for one post.) But seriously, that salad is the one thing I look forward to about winter. 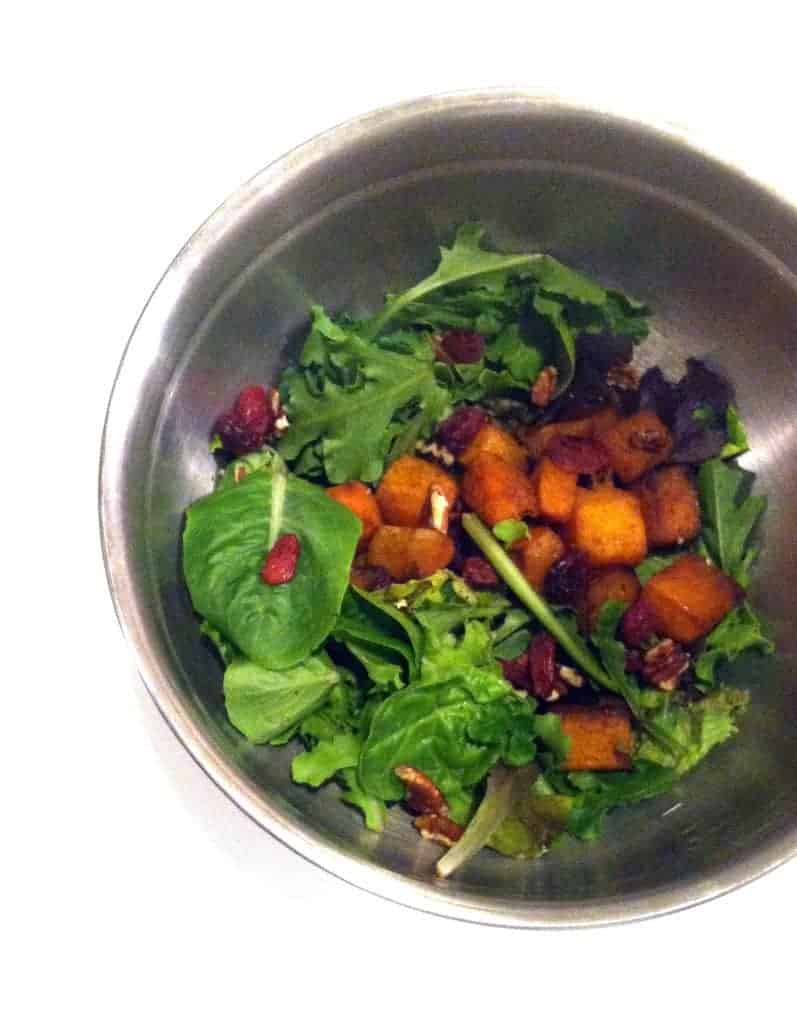 Comparing this salad to that salad is like comparing me to ohhhhh I don't know, God. Or Gordon Ramsey.

But hey, this salad was so tasty that it caused me to finish the entire bag of lettuce. Considering both it's slightly wilted nature and looming expiration date (ahem, tomorrow), I consider that a significant accomplishment.  Inhaling a bag of leafy lovelies (can we please just say salading?) is a cinch when it's slathering  in orange maple cinnamon goodness. This salad is sweet and salty and chewy and crunchy and oh so right. 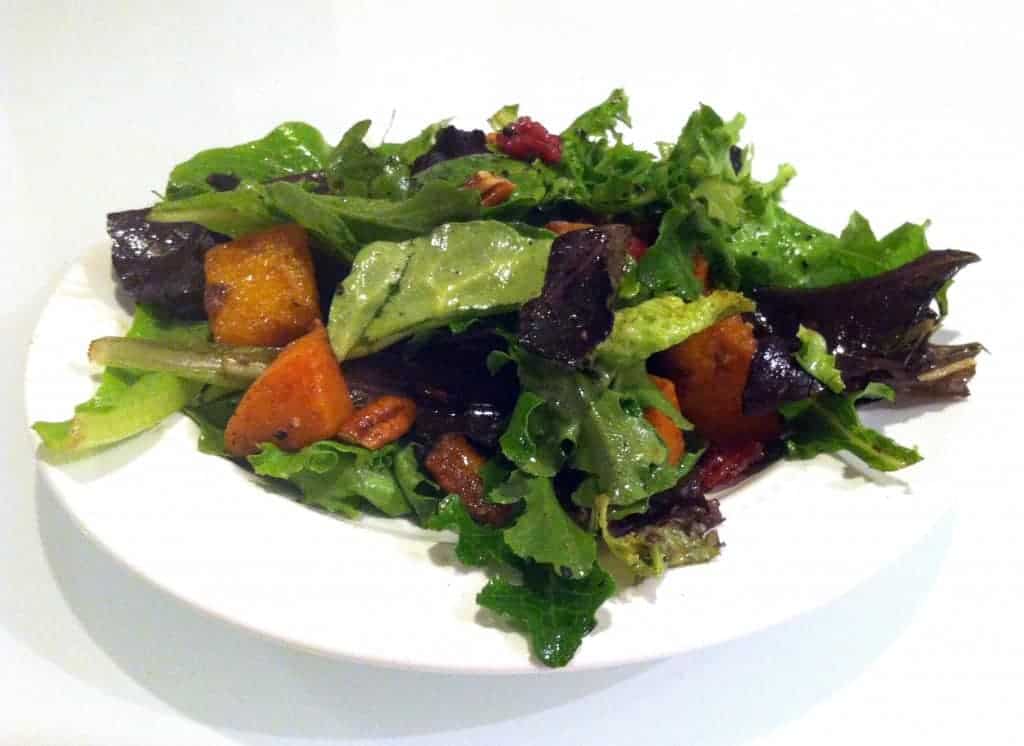 P.S. I buy oranges like next to never. I got this nifty new tool to help me in my citrus juicing adventures, so I figured I had to buy an orange to test it out. I also bought a couple new knives at North Market Cookware that are crazy sharp and weirdly cheap but totally awesome. They even got rave reviews on Amazon! I have like ten little paper cuts that are really knife cuts on the tips of my fingers from touching it repeatedly like a moron exclaiming, "OMG....these are weirdly sharp." Go figure. It sliced through the orange like a piece of paper, people.  Prior to these bad boys, I couldn't even slice a tomato, let alone an orange.

That moral of that unrelated story is that you should totally use a fresh orange for the juice in the dressing instead of using the kind from a carton. I'll leave it at that. I also used a package of Trader Joe's pre-cut butternut squash because I'm too scared that I'll chop my arm off cutting a real one (which is a legitimate concern because it almost happened once or thrice).

So when I say two large servings, take it with a grain of salt. After all, it only fed one Hummusapien. 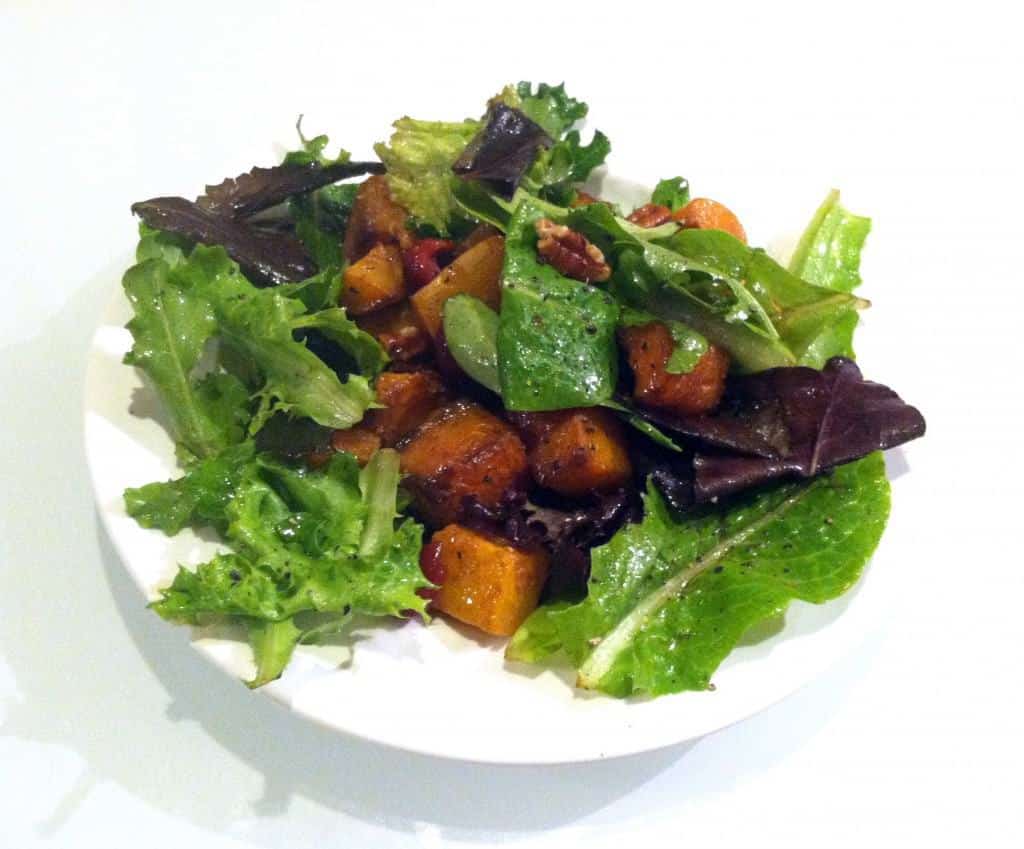