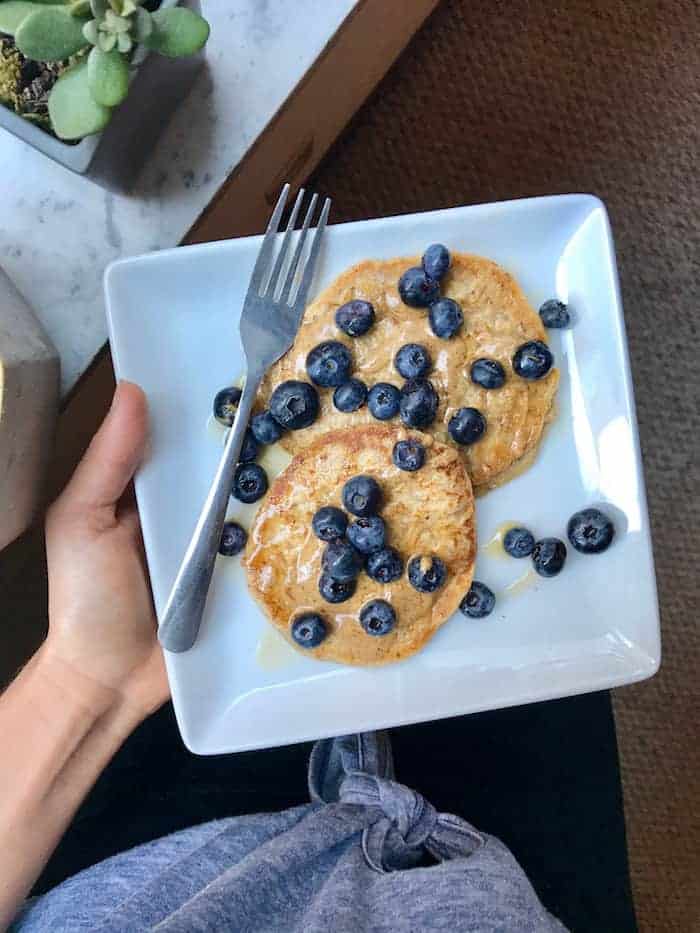 How is life? Grandiose, I hope. Breakfast was one of my old time faves that I haven't had in FAR too long. Pancakes!

I used Bob's 7-grain pancake mix that I always have handy in the freezer. I wanted something salty too so I topped them with Earth Balance, almond butter, fresh bloobs from my Yellowbird CSA , and maple syrup. Dream breakfast! 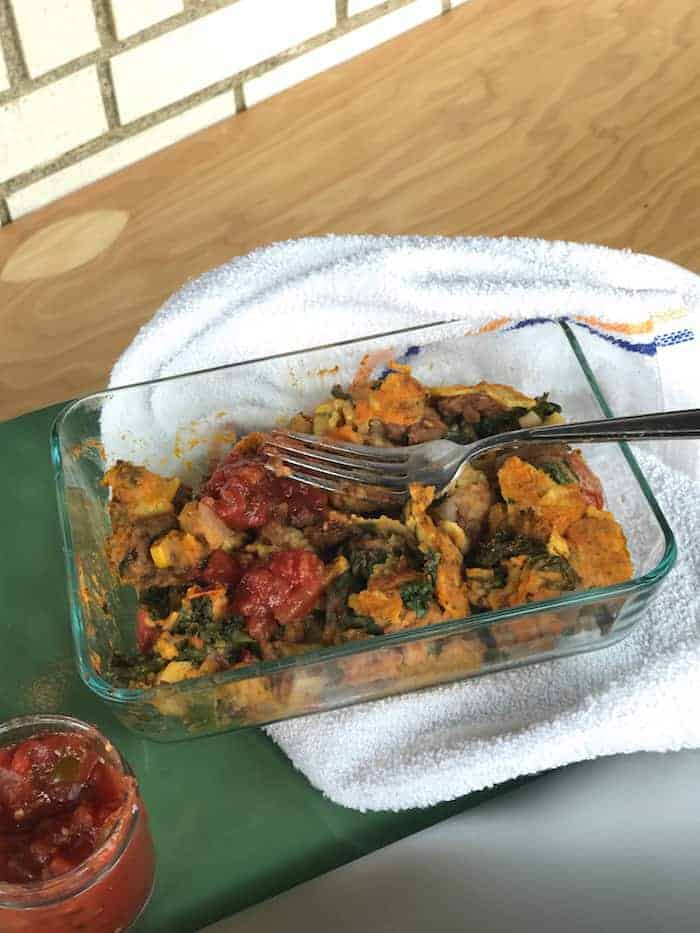 I've been splitting my time half and half with TRISM and Alchemy these days. Lunch was leftovers of this hugh jass enchilada lasagna of sorts I made over the weekend. I basically have to make a big casserole in order for there to be leftovers since Jeff eats so much damn food. I used this enchilada recipe but deconstructed it, using torn corn tortillas as "noodles," kale instead of chard, enchilada sauce + sauce from the recipe between layers, and sautéed veggies, corn, beans, extra nooch, and cilantro throughout. It actually turned out really good!

I snacked on a bunch of cherries and more blueberries... 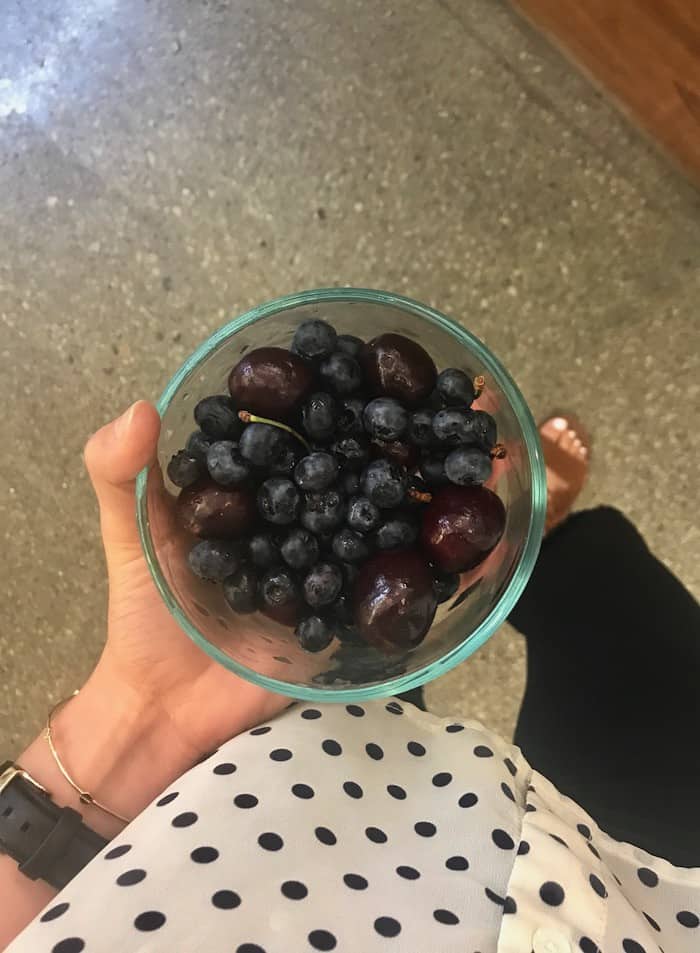 ...plus a blueberry cashew Perfect Bar. The best texture. 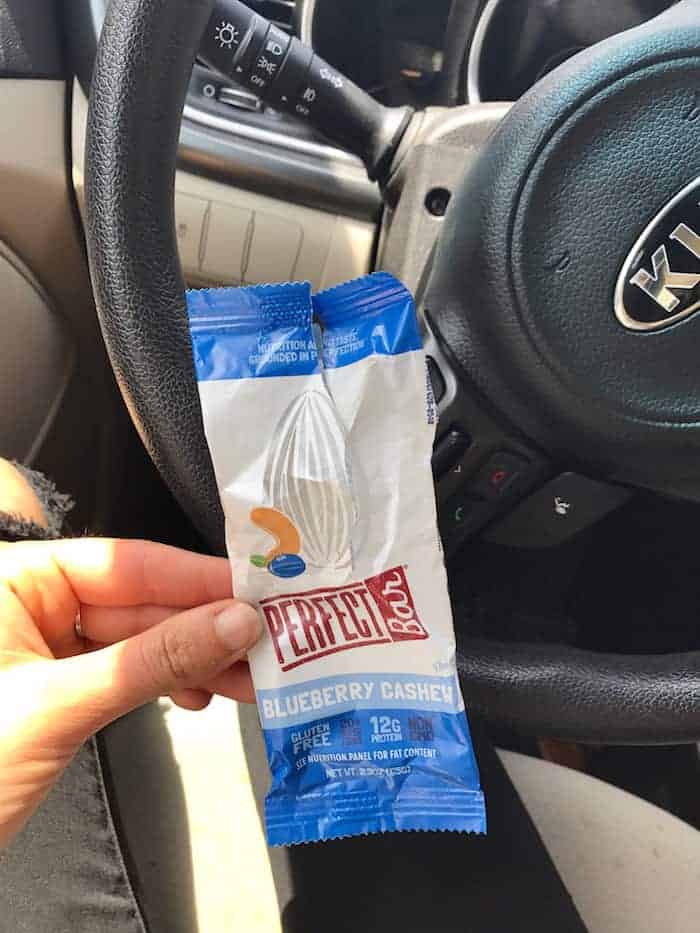 Then I stopped back at Alchemy and tried a new orange turmeric scone that's being tested and it was HELLA GOOD! 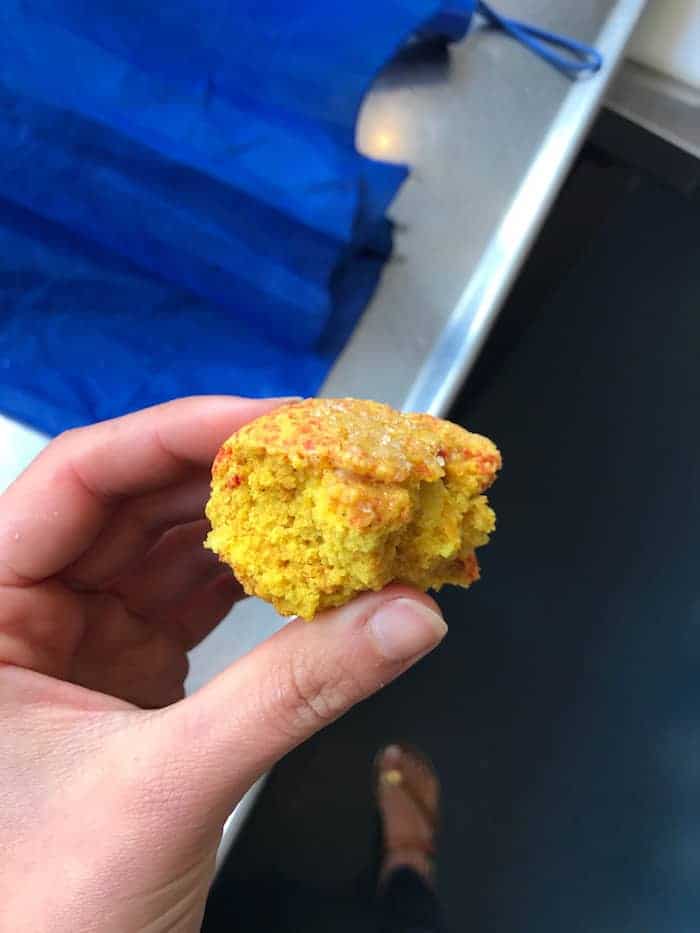 I washed it down with one of our new Pro Beet juice shots with beet, fennel, celery, apple cider vinegar, and probiotics. 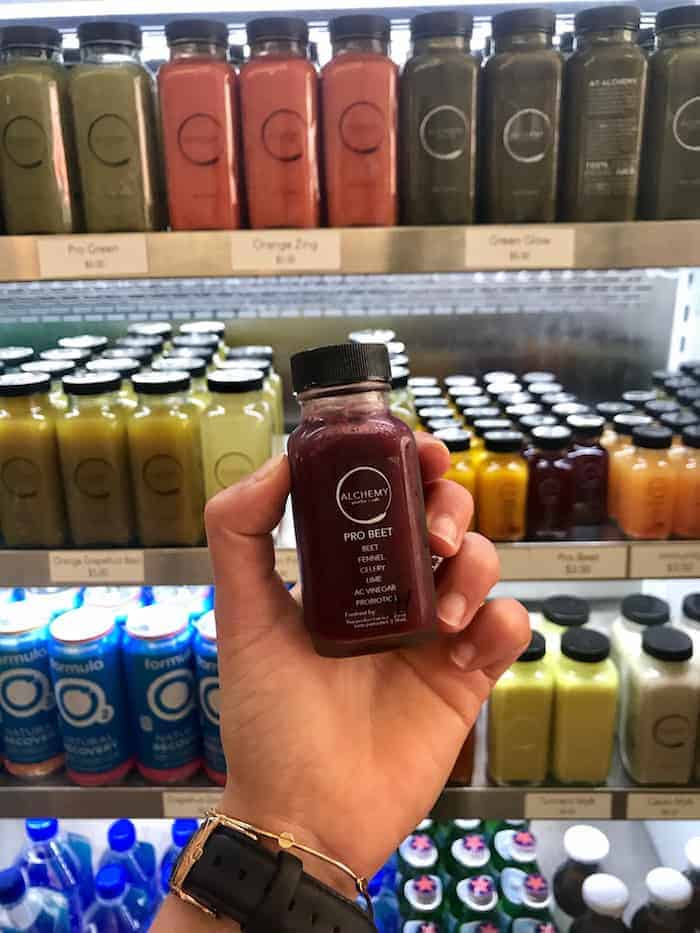 Dinner was my Salmon Stir Fry with fresh watermelon and salad on the side. I used Costco's frozen wild salmon that I defrosted while I was at work (such a life saver), a frozen stir fry blend instead of fresh veggies plus some added fresh peas, and quinoa instead of rice. I've been in a little bit of a cooking rut so it was a nice change of pace. 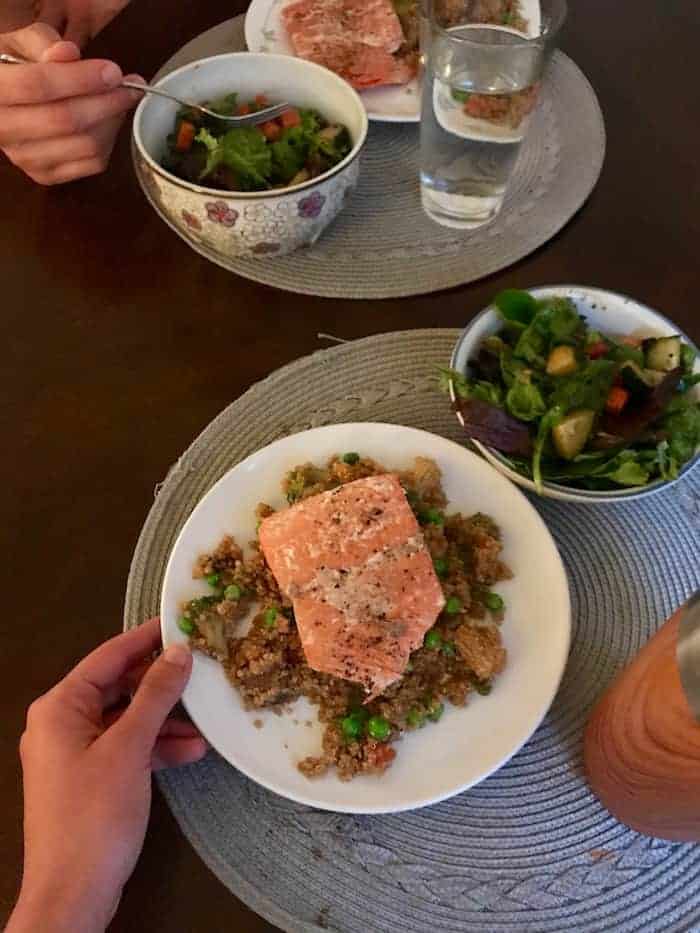 Dessert was was staple as of late---a warmed brownie with vanilla bean ice cream, peanut butter, and pink salt. So good I can hardly stand it. 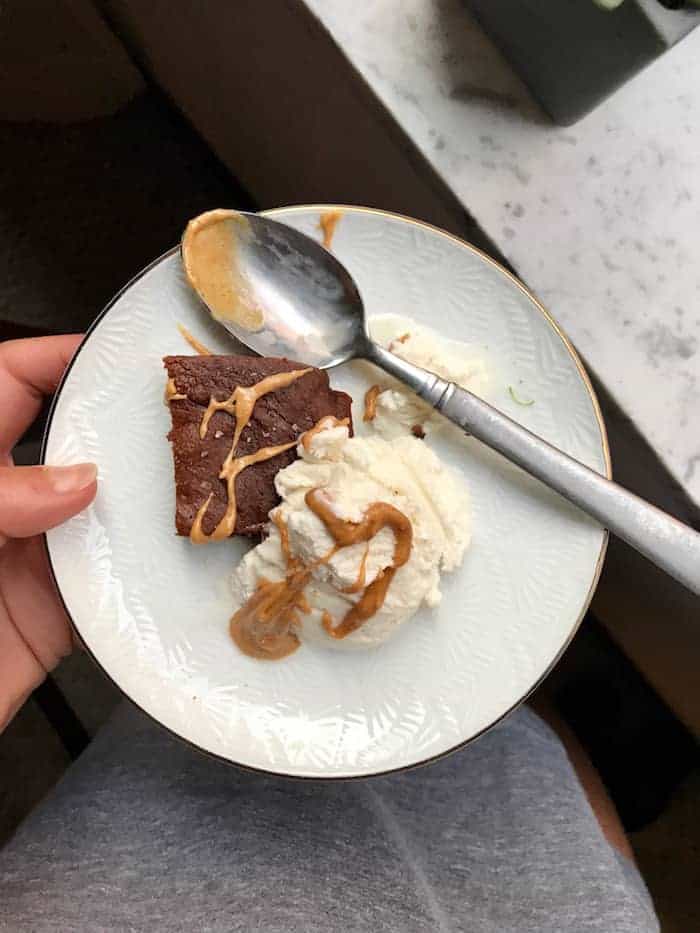 I hope you all have a stupendous day!