I get into some major food phases. I'm back in the chocolatey blueberry smoothie (inspired by the original) groove and I think I've finally NAILED it. 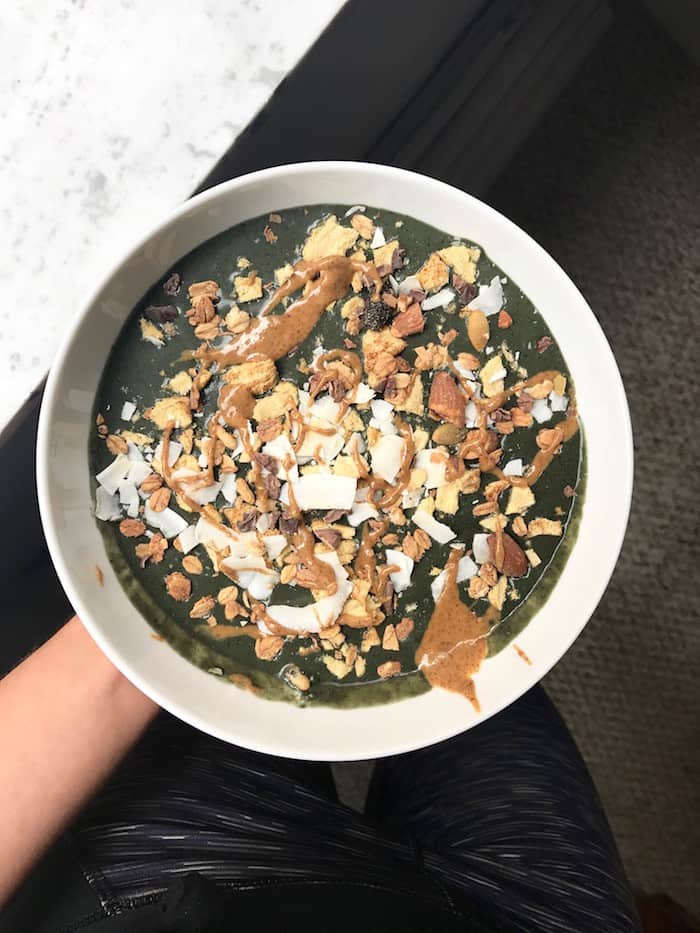 Sometimes I drink it as a smoothie and sometimes I load up on toppings, like cacao nibs, flaked coconut, and granola. 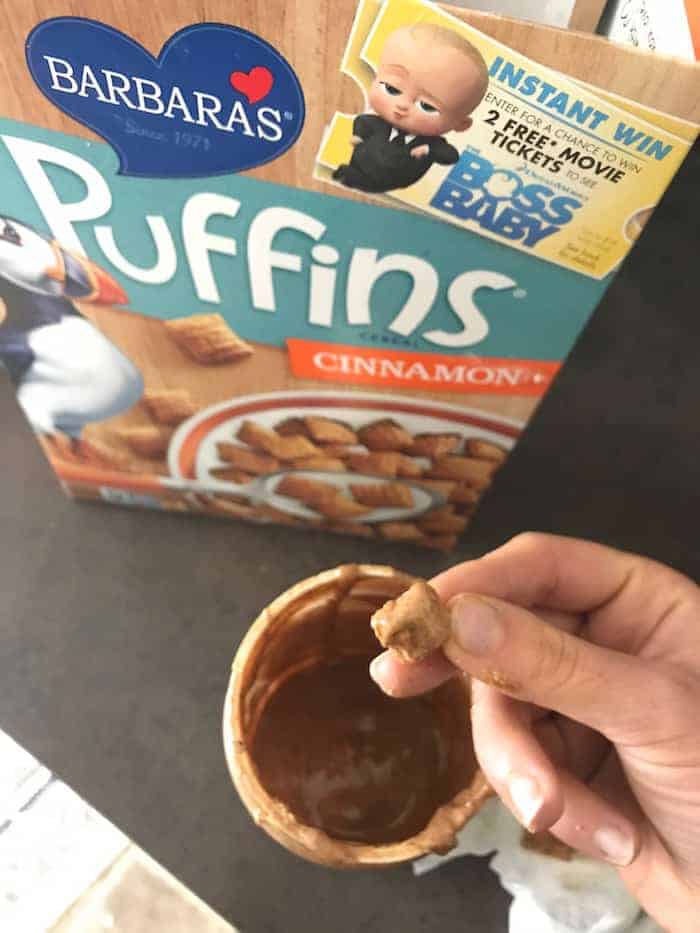 I've been so obsessed with almond butter lately. No part of me is craving peanut butter. My latest post-smoothie (or during smoothie) snack obsession is handfuls of cinnamon Puffins cereal dipped in almond butter. Legit heaven.

I also had decaf coffee (it hurts my stomach way less than regular) with almond milk. 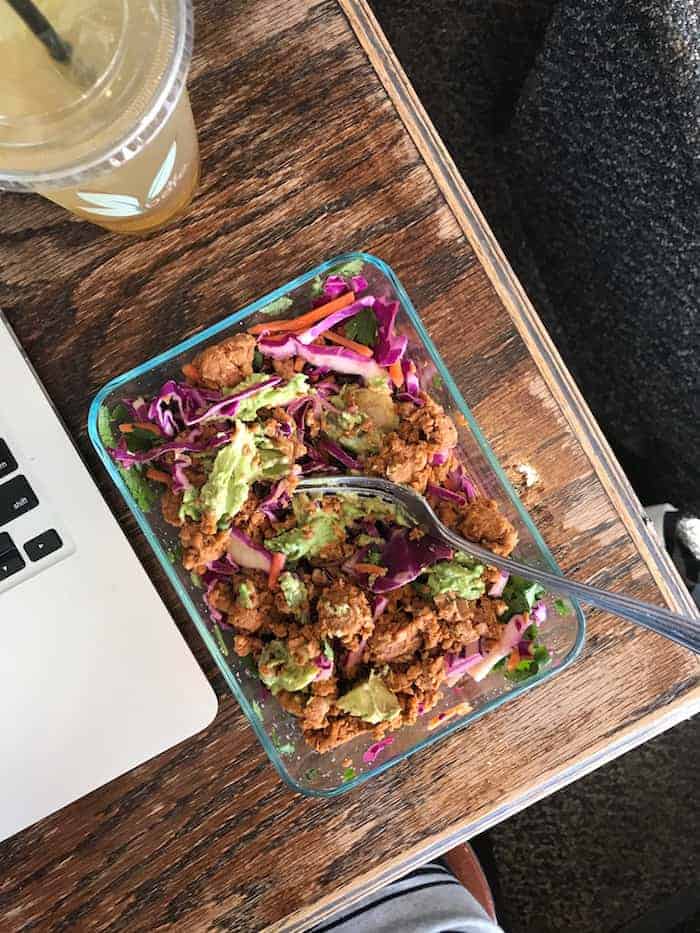 Lunch was leftover chickpea pecan taco "meat" (it freezes well) atop cabbage cilantro slaw with carrots, red onion, and avocado. Usually I'd add tons of salsa but we were out. Womp womp. Iced green tea on the side! 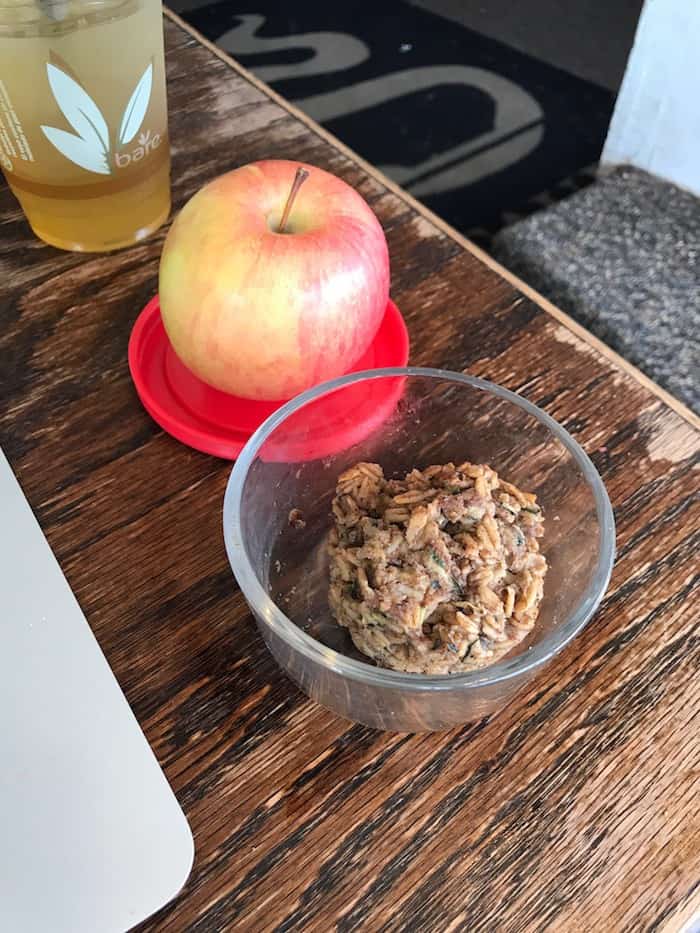 I also had a Banana Zucchini Oatmeal Cup and an apple. 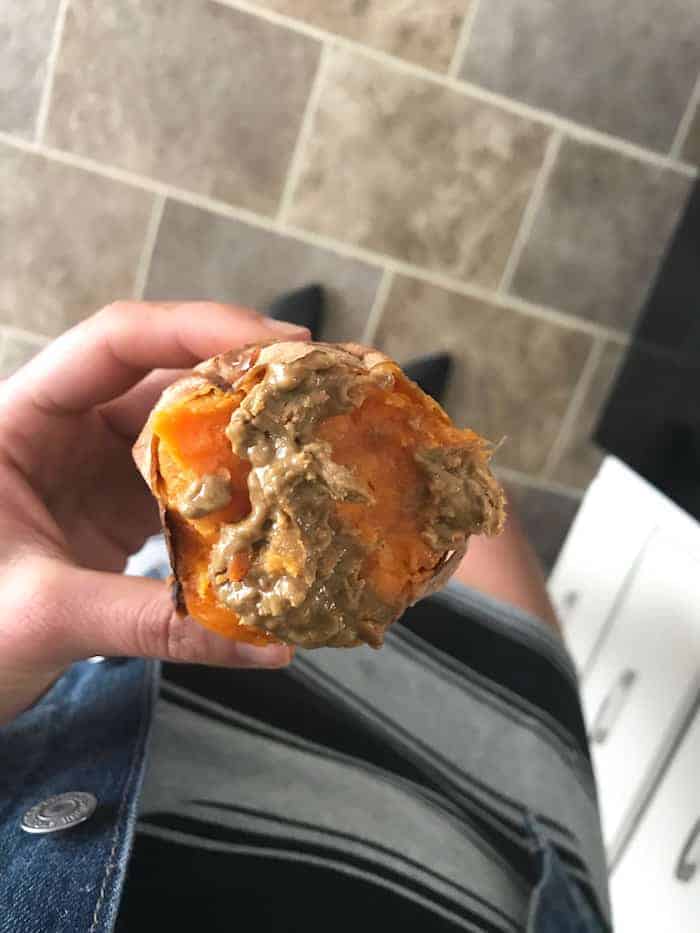 Before my last nutrition consultation of the day I ate a baked sweet potato cold straight from the fridge smothered in Sunbutter and sea salt. The best combo!!

Then before dinner I snacked on a Siggi's coconut yogurt with pineapple and granola. We've been eating suuuper late (anywhere from 8:30pm to 9:30pm) since Jeff doesn't get home from his Crossfit class until 8:15pm during the week. I like when we eat together so I'll get to snacking around 5:30pm or whenever I'm hangry and then I'm usually ready for dinner numero dos by the time he's ready to eat. Compromise! 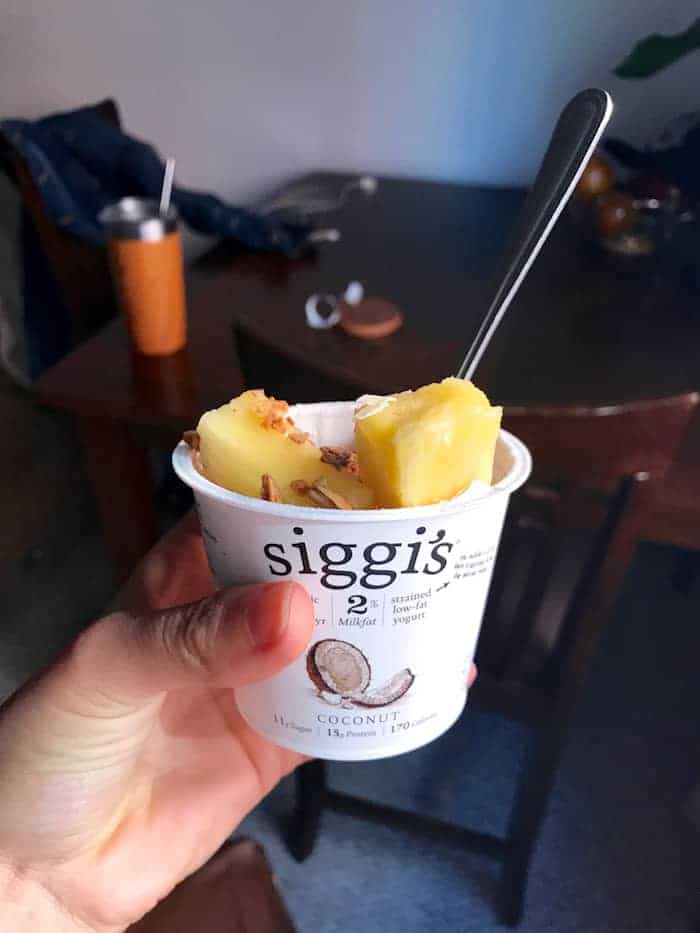 I made some really tasty new things for dinner this week because I felt like our meals were getting too routine. I also bought a pineapple and a cantaloupe, two fruits I never really buy for some reason, and it was such a nice change of pace! 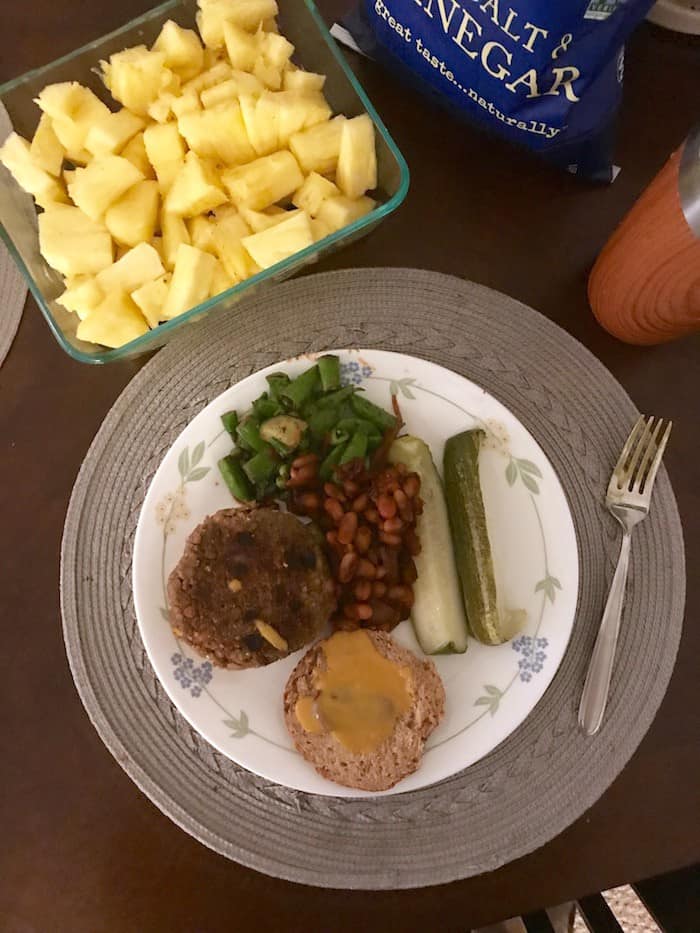 I whipped up these Lentil Burgers but added an egg (they looked kind of crumbly), garlic, and Worcestershire sauce to the batter. I made five patties and refrigerated them to help them hold together. We served them on Angelic Bakehouse buns with ketchup, mustard, the best pickles, and salt and vinegar chips. I also made these UNREAL homemade baked beans with bourbon caramelized onions. So amazing. Lastly, I whipped up this Sugar Snap Pea Salad but added more dijon and garlic. It was stellar and again, so nice to eat something different! We also ate tons of pineapple and cantaloupe on the side, obviously. Indoor cookout for the win!

I always encourage my clients to step out of their comfort zone and explore fun new foods. For some people it's trying those awesome salted chocolate covered cashews they always stare at and for some maybe it's buying that pineapple you never buy. Sometimes we stick to routine because it's easier and requires minimal thought. Sometimes, however, we stick to routine because it's "safe." Like I always say, try at least two new recipes and/or foods each week. It'll boost your kitchen confidence, too! 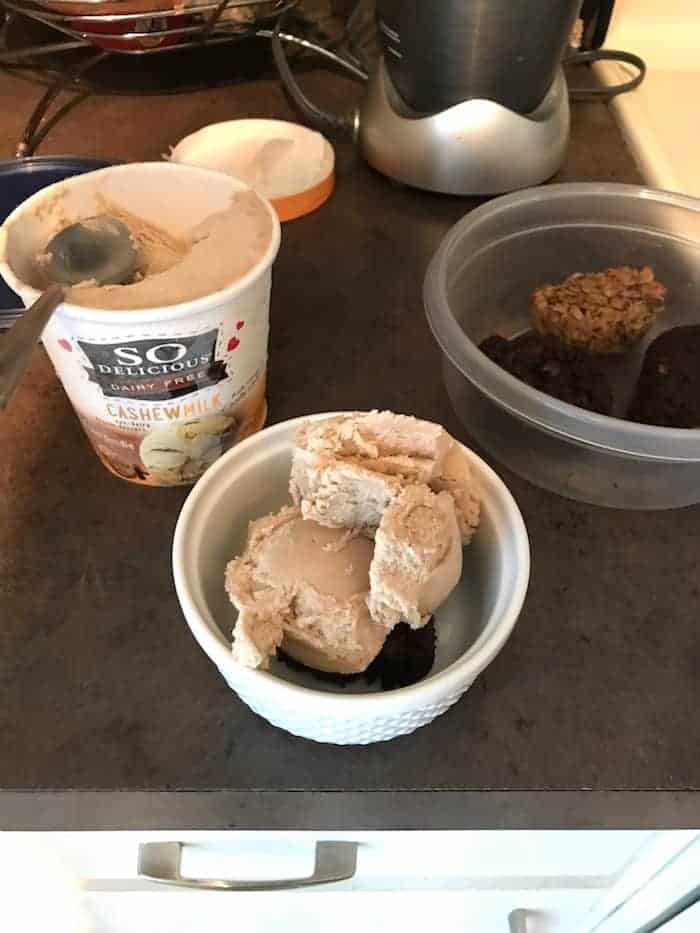 Dessert was a Peanut Butter Zucchini Brownie with snickerdoodle cashew ice cream on top. The best!! I also made a batch of these No-Bake Black Bean Brownies for snacks which I highly recommend.

Have the most delish day, pals!