Hey there, my precious pickles! 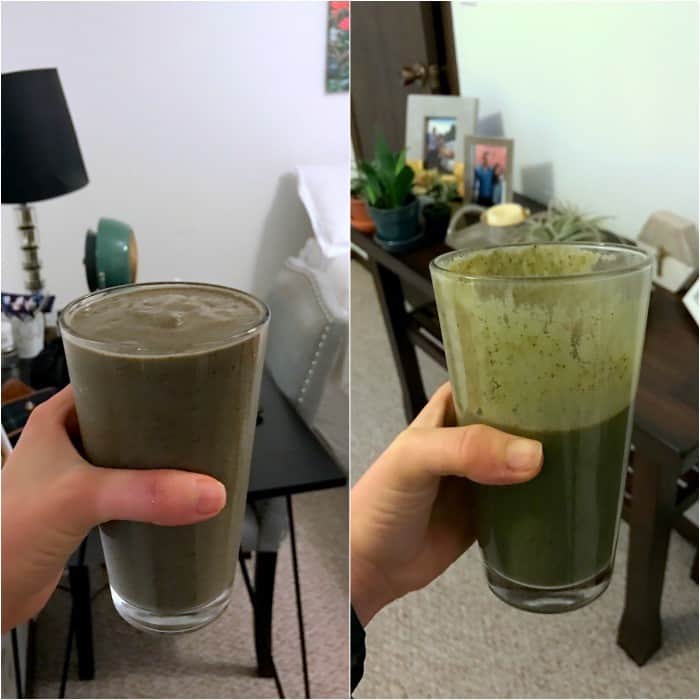 Yesterday started out as it always does lately….with a gigantical smoothie.

We’ve been making Freezer Smoothie Packs in the big ziploc baggies to make our smoothie prep easier. Into each bag went about 3/4 cup frozen pineapple, 1/2 cup frozen Wild Blueberries, 1 cup organic frozen cauliflower florets, 1/2 cup organic frozen cherries, and 3/4 cup frozen spinach (mostly all from Costco). In the morning, I add 2 cups unsweetened vanilla almond milk, a big ripe banana, a huge handful of power greens or de-stemmed collard greens, 1/2 an avocado (or organic peanut butter), and a sprinkle of cinnamon, turmeric, and black pepper. Round one and two shown above!

Side note: I gave up caffeine for a little while so I’ve been doing herbal tea in the morning with almond milk. What I really crave is the hot beverage itself and the flavor of coffee, not the pick-me-up of the caffeine. Nonetheless, I felt like I “needed” coffee every single day and I didn’t like feeling dependent on it. I also still have to run to the bathroom several times when I drink coffee, which isn’t ideal. 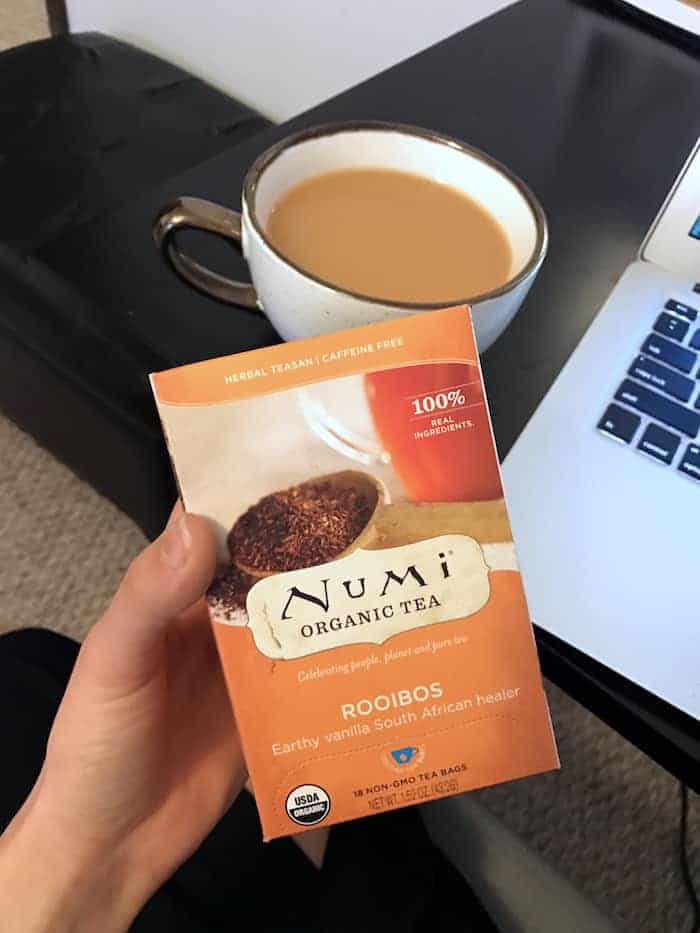 I’m obsessed with Numi teas, which are all organic and have no “natural flavors.” The rooibos with a splash of almond milk is perfection, and it even looks a little like coffee!

I had terrible headaches the first few days (hello, withdrawal) but now I feel great! We’re going to the Harbour Island, Bahamas next week so I plan to drink some coffee again there. I love coffee but don’t want to feel dependent on it, or any food/drink for that matter.

When the boyf and I first started living together, we would pretty much make our own food. He would eat the random no-bakes and muffins and treats I’d make, but as far as the bulk of our meals, we pretty much did our own thing since he’s a meat eater. 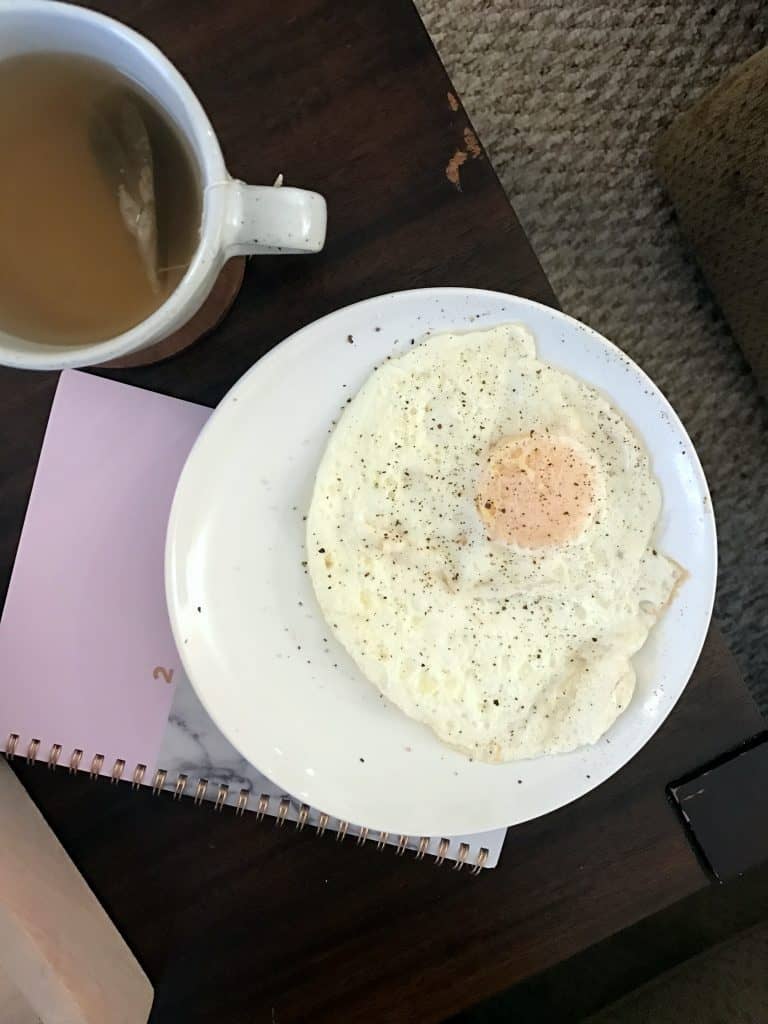 All of that has changed for the better. Now I make us a huge batch of smoothie (around 5-6 cups) that we share in the morning. He takes organic eggs and steel cut oats with cinnamon to work, too. For lunch, he brings organic chicken and sweet potatoes with an apple, carrots, hummus, and some kind of bar or no-bake bites. I make dinner, and it’s always plant-based. He willingly eats it every night. “Can we have bean balls for dinner?!”

It usually surprises people when I tell them he eats vegan every night. But why? He’s always plenty full (he does eat a lot) and as long as the food tastes good and is healthy, he trusts me and doesn’t care if there’s no meat. Hallelujah!

I got a hankering for eggs mid-morning so I whipped up a couple while I did computer work. The difference in flavor between conventional and organic eggs is insane to me. The yoke is so much brighter and they taste ten times better. We get the big 18-packs at Costco, which helps offset the higher cost. 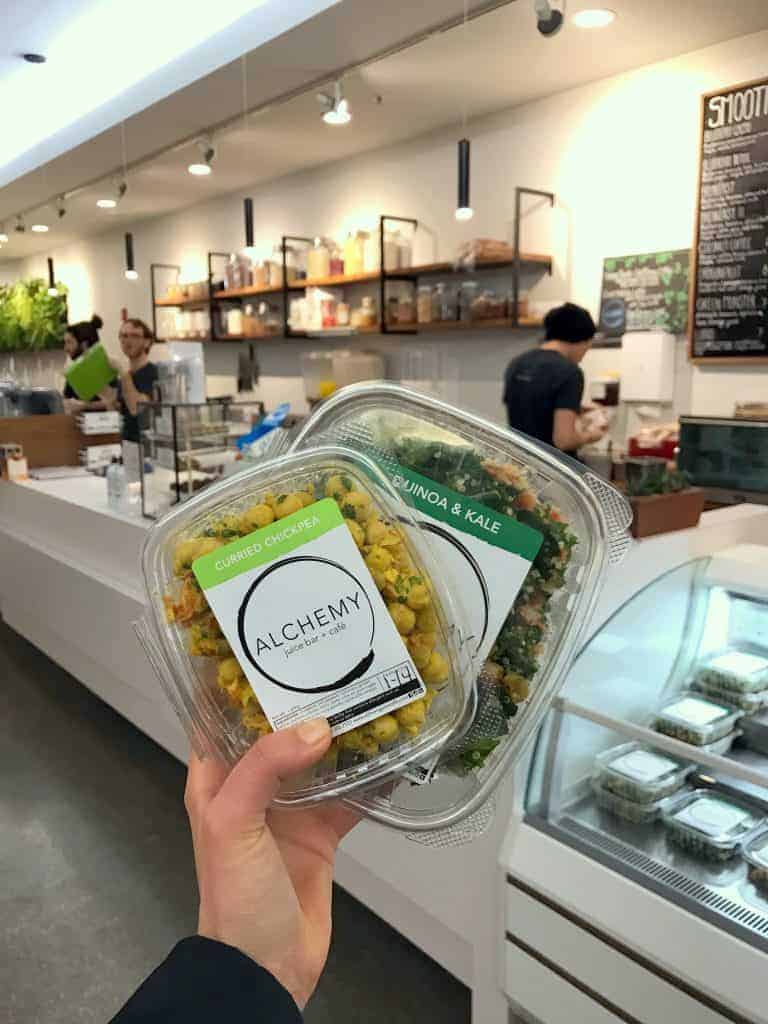 Lunch was Kale and Quinoa + Curried Chickpea Salad that I grabbed at Alchemy. Always being at a restaurant has its perks!! 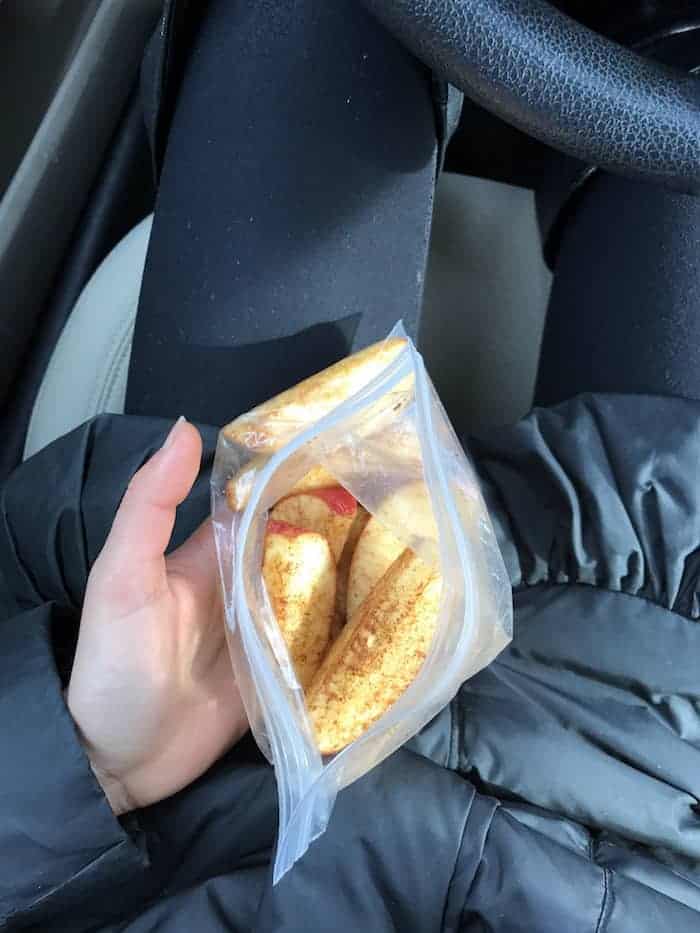 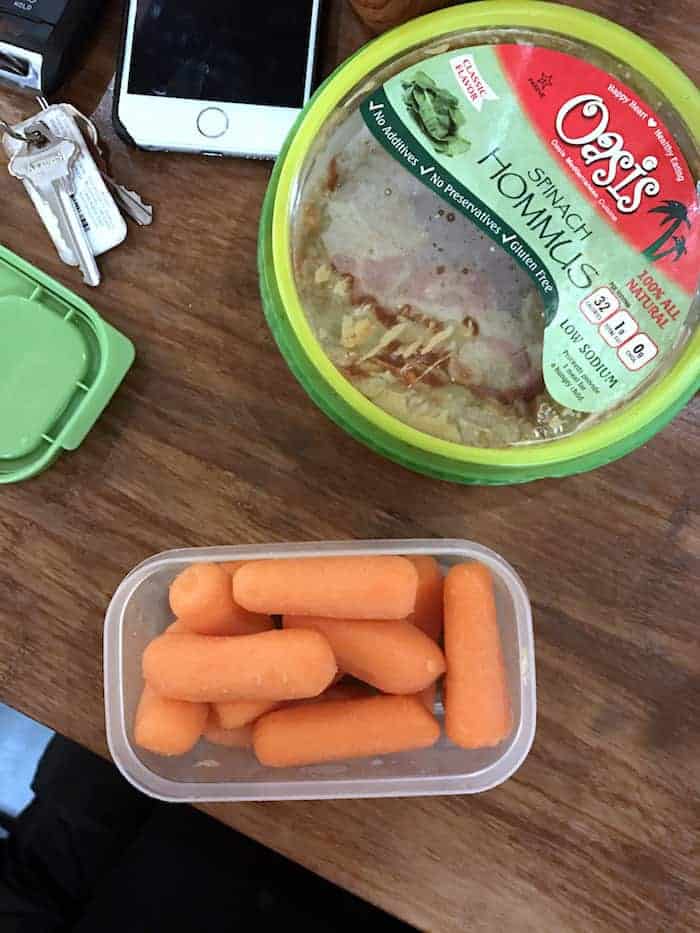 Snacks included baby carrots with hummus, a big organic sliced apple with cinnamon, and a homemade Easy Vegan Protein Bar. These are SO good and I can’t wait to share the recipe with you! The pictures are fugly but hopefully I’ll get over that so you can have them in you life. 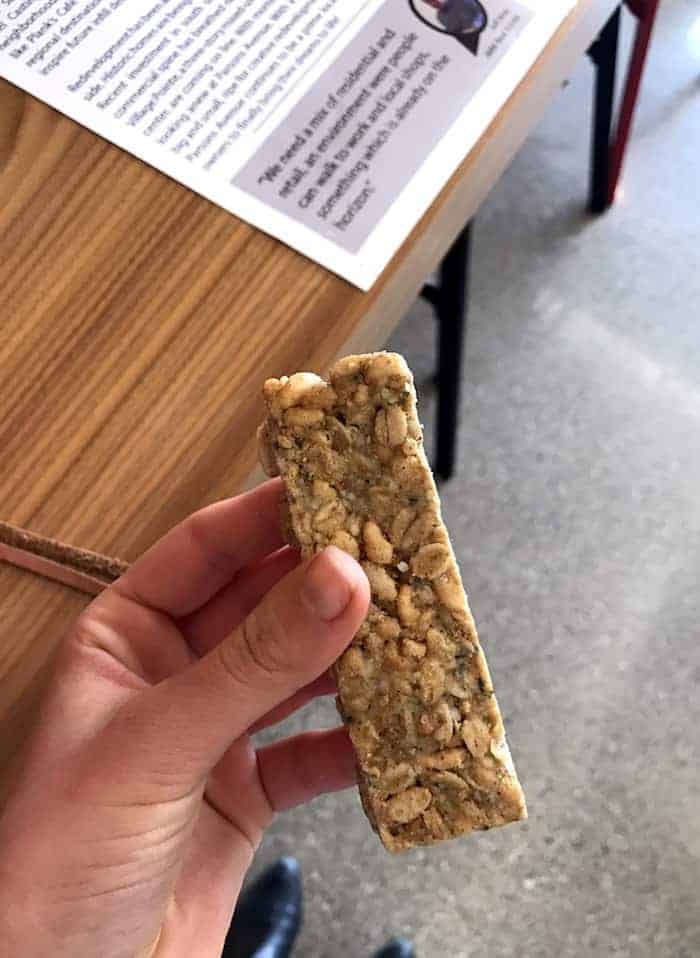 Dinner was this insanely delish Chipotle Chili with Sweet Potatoes and Brussels Sprouts a la Isa Chandra served atop a couple pieces of Vegan Cornbread and our usual salad (side note: last night we changed it up with organic leaf lettuce, roasted almonds, chopped apple, and avocado with honey dijon vinaigrette and it was BOMB).

For the cornbread, I used a mix of white spelt flour and whole wheat pastry flour and added sliced jalapeños plus a handful of organic corn kernels to the batter. I highly recommend! Of note, I only baked mine for about 25-27 minutes rather than the 35 minutes the recipe calls for. 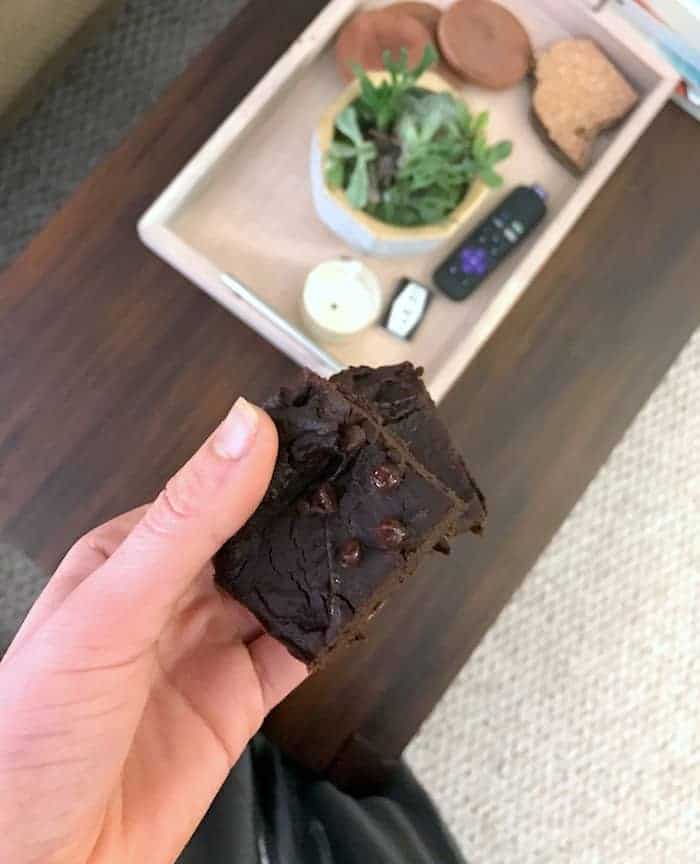 Dessert was these Black Bean Brownies that I can’t get enough of warmed in the microwave with a tall glass of chilly almond milk.

Hope your day is filled with chocolate and butterflies!! 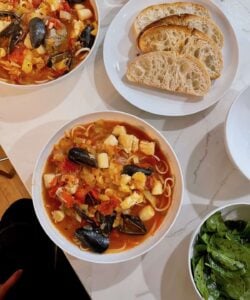 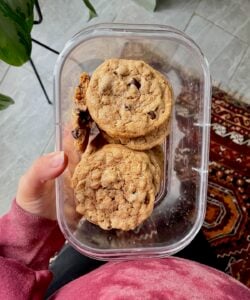 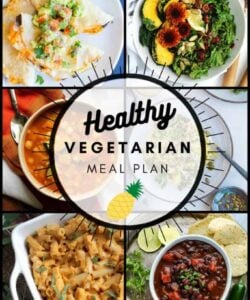