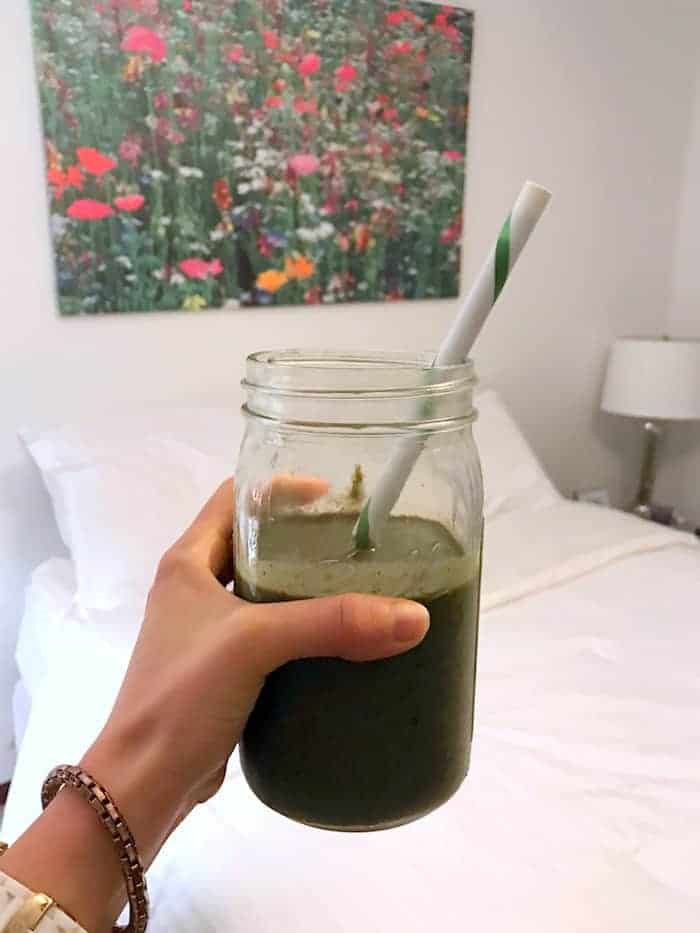 I hadn't had a smoothie for breakfast in a whiiiiile. Why? Because we've been on a major pancake kick lately (either Simple Mills or Bob's).

We love them topped with heaps of DIY blueberry chia "jam" (basically I microwave a bowl of frozen Wild blueberries till bubbly, stir in some chia seeds, and slather the thickened yumminess on the pancakes), almond butter, and a drizzle of pure maple syrup. Sometimes we have organic eggs with avocado on the side with the pancakes, sometimes not.

The boyf woke up feeling kind of achey and lovingly asked if I was making a big batch of smoothie for the two of us, so of course I had to deliver! Into the blender went a big ripe banana, ¾ cup frozen Wild Blueberries (I don't really measure), ¾ cup frozen pineapple, a spoonful of organic peanut butter, half an avocado, a couple big leaves of de-stemmed collard greens, a cup of frozen spinach, a cup of frozen cauliflower, and half a golden beet. It was super thick and creamy and not overly sweet, which we both love.

I also had a couple cups of coffee with almond milk. I am never without coffee. 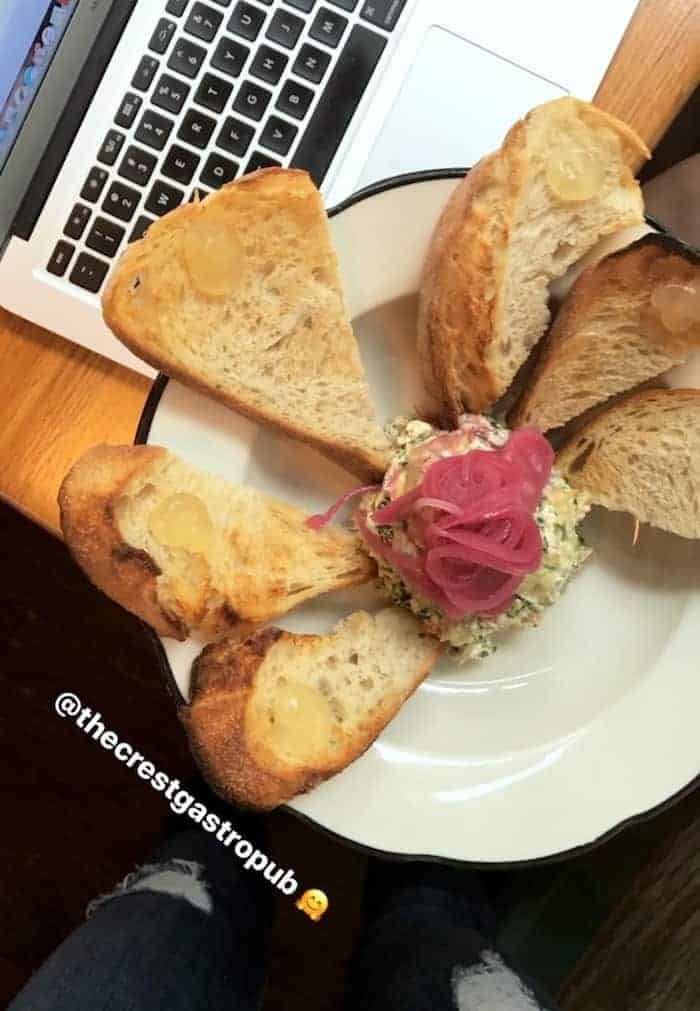 We had a late morning meeting at The Crest Clintonville and of course Abed ordered a dreamy smoked trout dip with local sourdough and lemon gel (sounds odd, tasted amazing) so I enjoyed some of that as a little app before lunch. 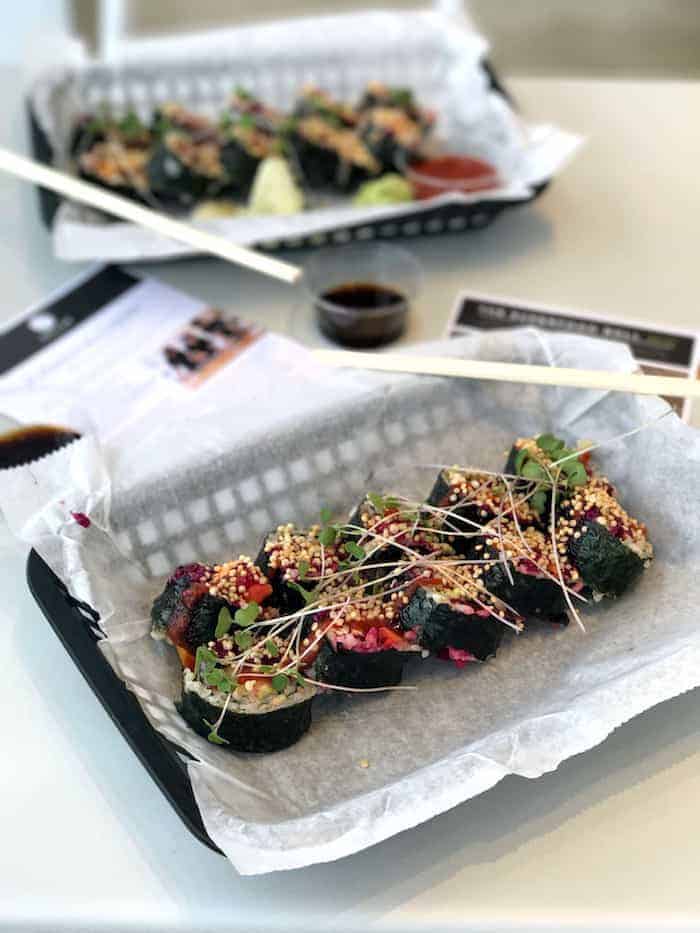 Lunch was none other than The Alchemy Superfood Roll that we created in partnership with FUSIAN! The brown rice seaweed roll comes with roasted tofu, pickled beets, avocado, and sweet potato topped with dragonfruit sauce, puffed quinoa, and micro kale. I added jalapeño and sriracha because...duh. This was such an awesome roll to conceptualize and it's been so fun to go there and actually order it! 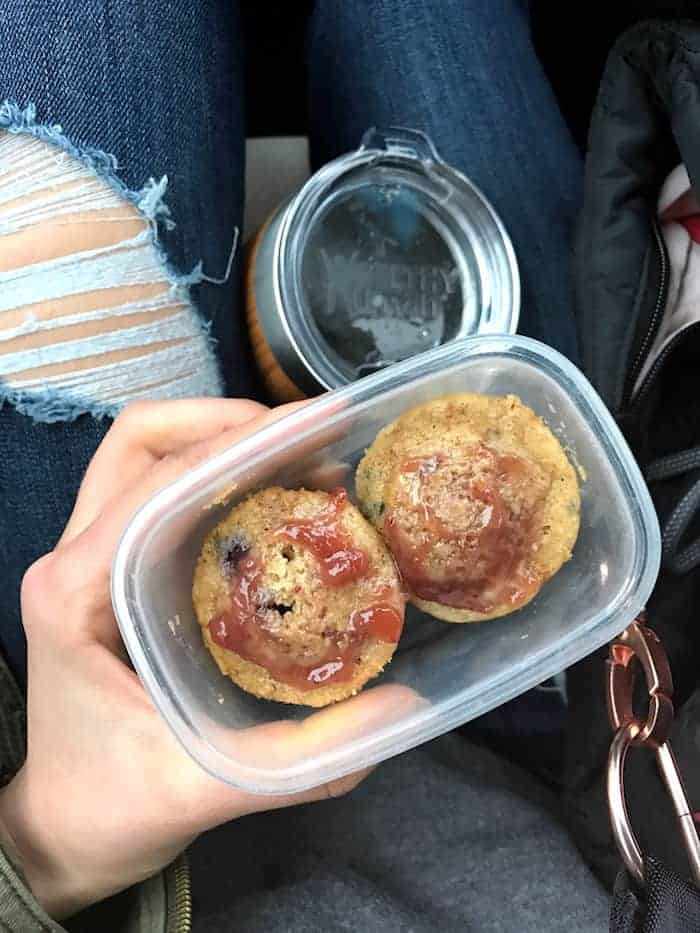 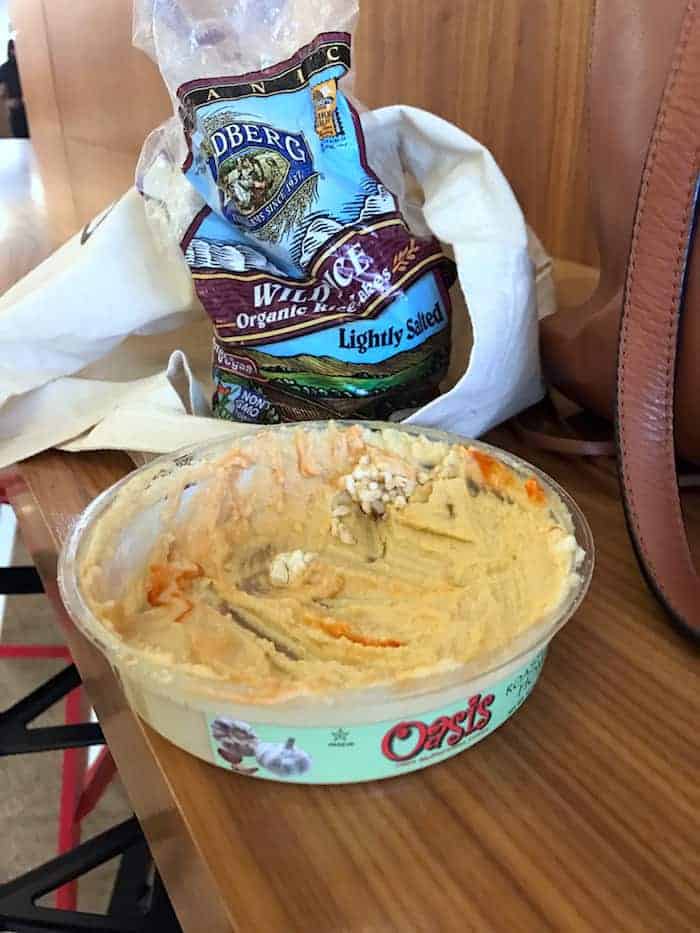 ...plus hummus and brown rice cakes.

Later on I whipped out some crunchy carrots. The boyf and I pledged to take carrots and an apple each day to work. Hooray fruit and veggie intake! 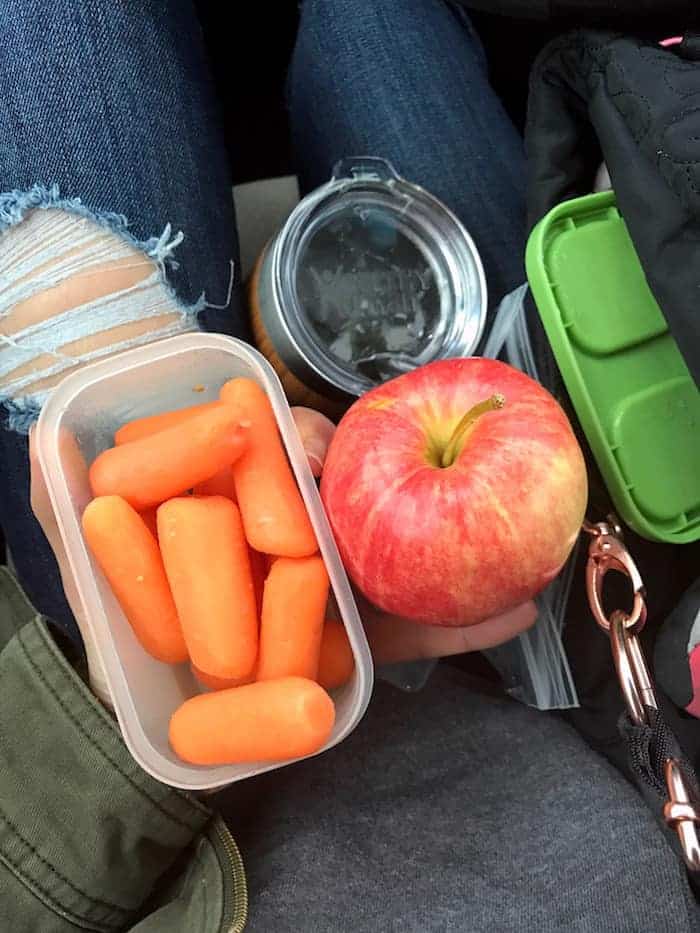 I made this Black Eyed Peas and Greens Casserole with Cornbread Crust from my girl Alex as a veg dish for New Years and it was a huge hit! I used two cans of black eyed peas instead of dried and a huge bag of pre-chopped collard greens. Next time I think I'll add jalapeños.

Dinner was a a couple helpings of casserole, leftover whole roasted brussels sprouts (roast with avocado oil, salt, pepper, and garlic at 400 till browned, flipping after 15 minutes), and our usual salad with organic romaine, tomatoes, carrots, and cucumber. 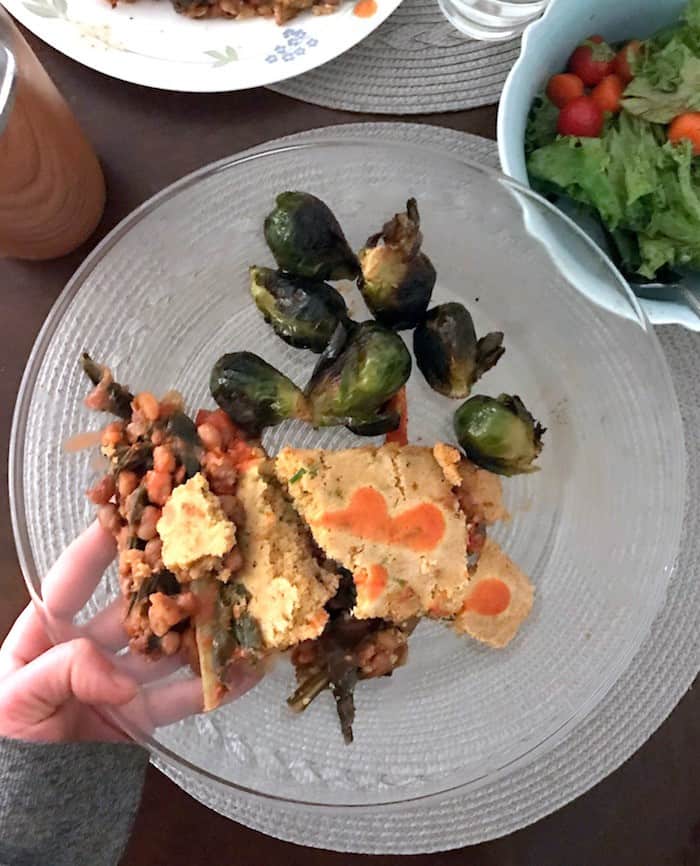 I made Kylie's Thick and Chewy Coconut Flour Chocolate Chip Cookies for dessert (what would Tuesday or any other day be without dessert?) and they were SO perfect. I swapped out butter for coconut oil and subbed coconut sugar for brown sugar. Worked like a charm! I met Kylie at FNCE and I'm pretty much hooked on her, her food, and her quest to end disordered eating. 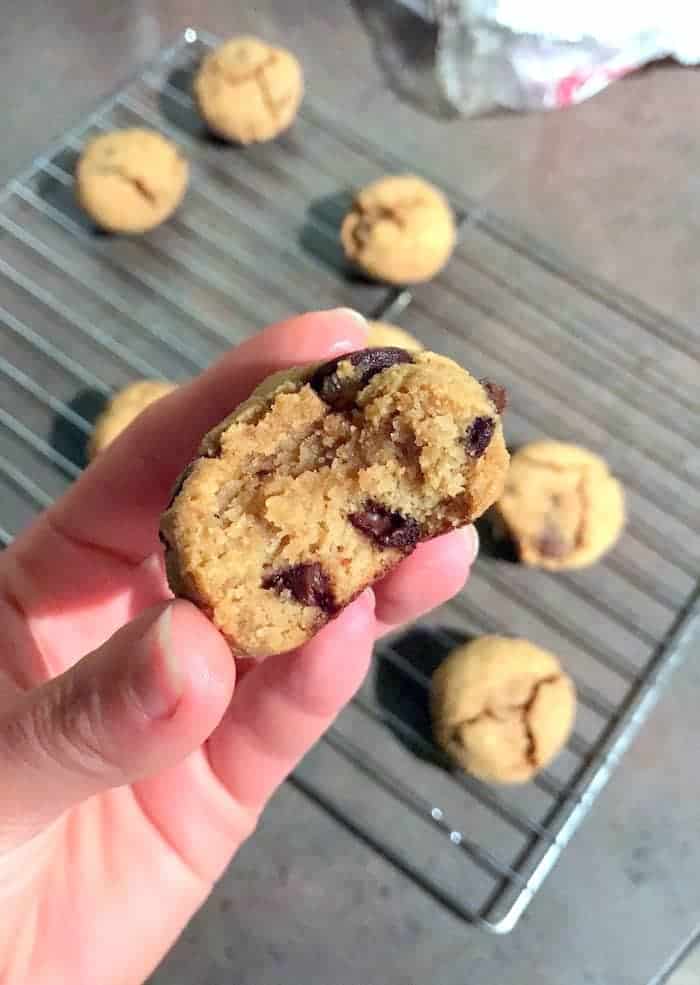