I'm super pumped about today's post because it's packed with some recipes I've really been obsessed with lately. I know you'll adore them, too! 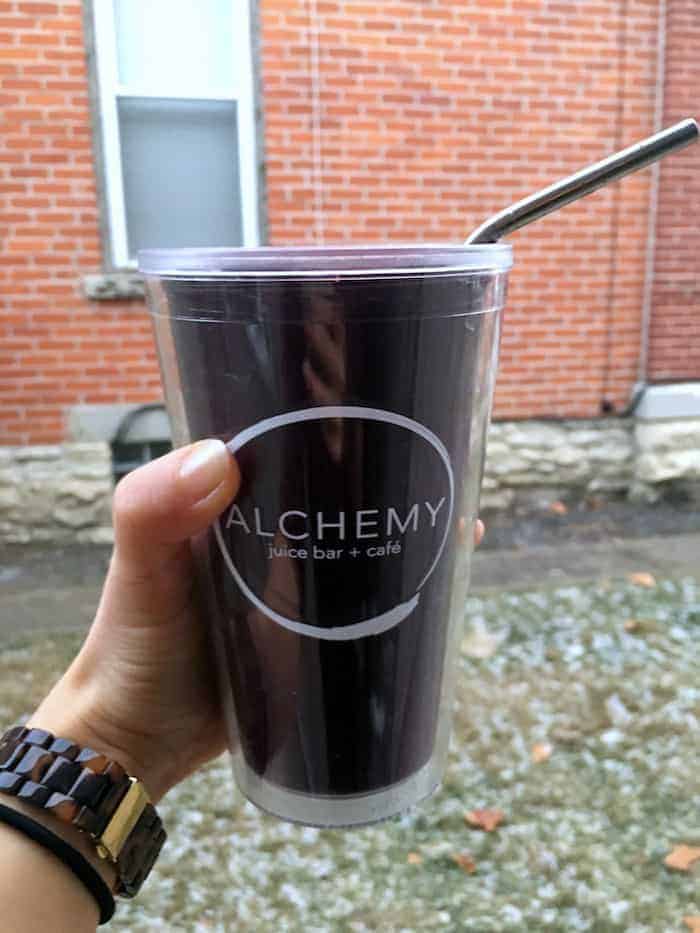 Before we get into it, remember that you can get $75 off The Food Entrepreneur Summit using the code "Hummusapien" through the end of the day today. Also, in case you missed Monday's post, be sure to check out our new line of Alchemy foodie apparel!

I've been adding some variety to my smoothies lately because lezbehonest, you have to keep it interesting! I don't measure anything, but rough estimates are half an orange, half a cup of frozen Wild Blueberries, small handful of frozen cherries and frozen cauliflower, a big medjool date, frozen spinach, about a tablespoon of peanut butter, a teaspoon of hemp seeds, a collard green, a few slices of zucchini, a celery stalk, sprinkle of cinnamon, and almond milk to blend. I actually dipped my spoon in my Costco organic peanut butter and ate the smoothie with said spoon out of the glass because my obsession with peanut butter has been comin' on strong.

Lunch was leftover filling from my beloved Tempeh Stuffed Squash over spaghetti squash because I ran out of acorn squash. Let it be known that my boyf loves this meal as well! I topped it with sauerkraut and sriracha because I have TONS of kraut in my fridge to plow through. It was random but totally tasty!

Let's talk outfit details for a second. I got this beyond soft and adorable wine-ish colored turtleneck (in spirit I was wearing this ("I'm Freaking Cold" sweatshirt) on sale for $29.99 (65% off) at Saks Off 5th this weekend. I wore it today and loved it so much that I went online and ordered the same one in gray. My leggings are these classic black Zella ones that I've lived in for the past few years. They're super comfy and reversible. I love that I can wear them to work out or dress them up with a cute sweater and boots.

Speaking of boots, I also bought the BEST Tom's booties ever. They're literally like walking on clouds. They have a heel and are eighty five times more comfortable than my flats. So much so that I bought three pairs from Nordstrom: leather booties in black and brown and these taller black suede ones. Now I want to go back and get the tope ones! I know I'll wear them for years to come and you can't put a price tag on comfort, right? Right. 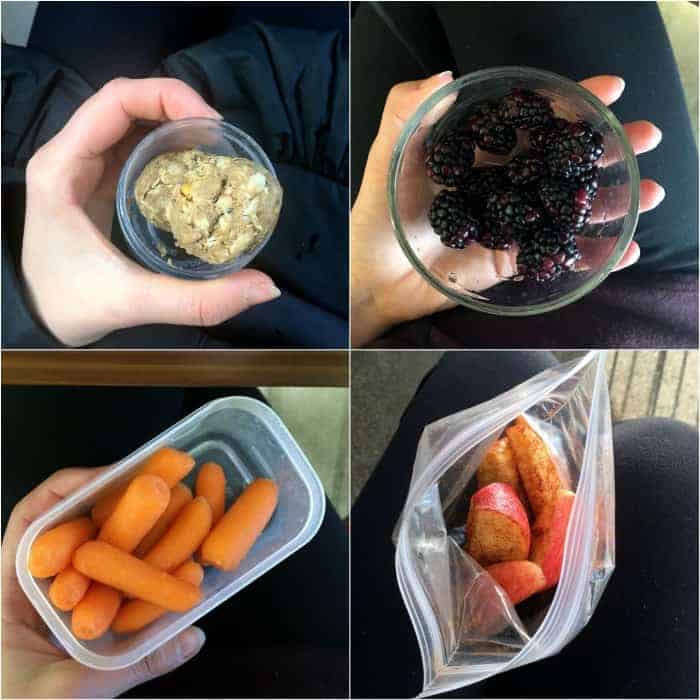 I also had a couple no-bake bites (adapted from this recipe), blackberries, carrots, and a big apple with cinnamon. I'm trying to up my fruit and veggie intake in case you didn't notice. 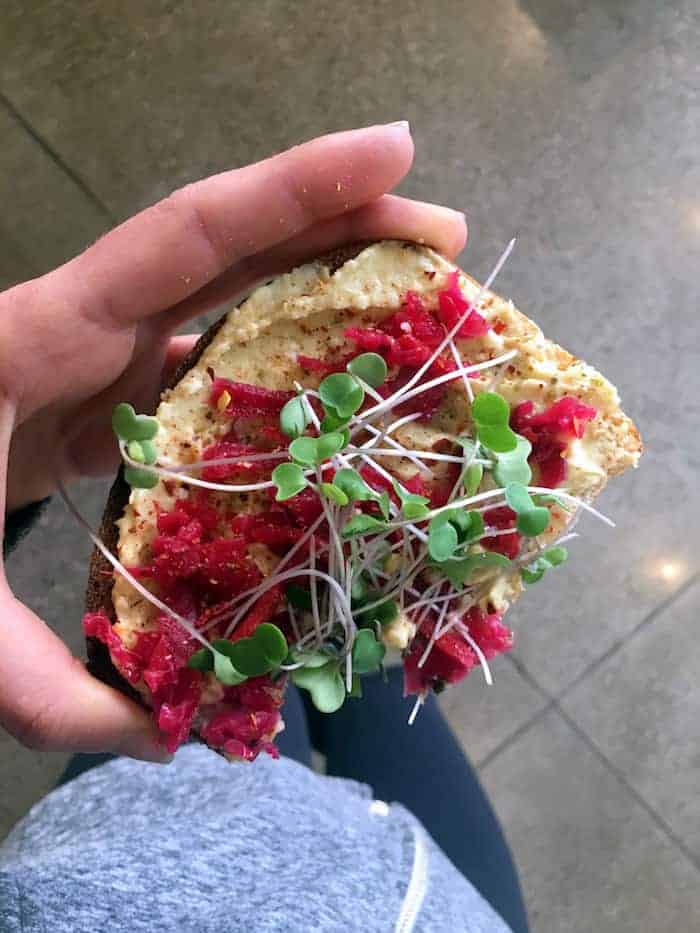 Later that day I made an amazing piece of toast at Alchemy. I spread our house-made hummus on the bread and topped it with beet sauerkraut, za'aatar spice, red pepper flakes, and micro kale. Now I'm thinking it may need to become a toast of the day special... 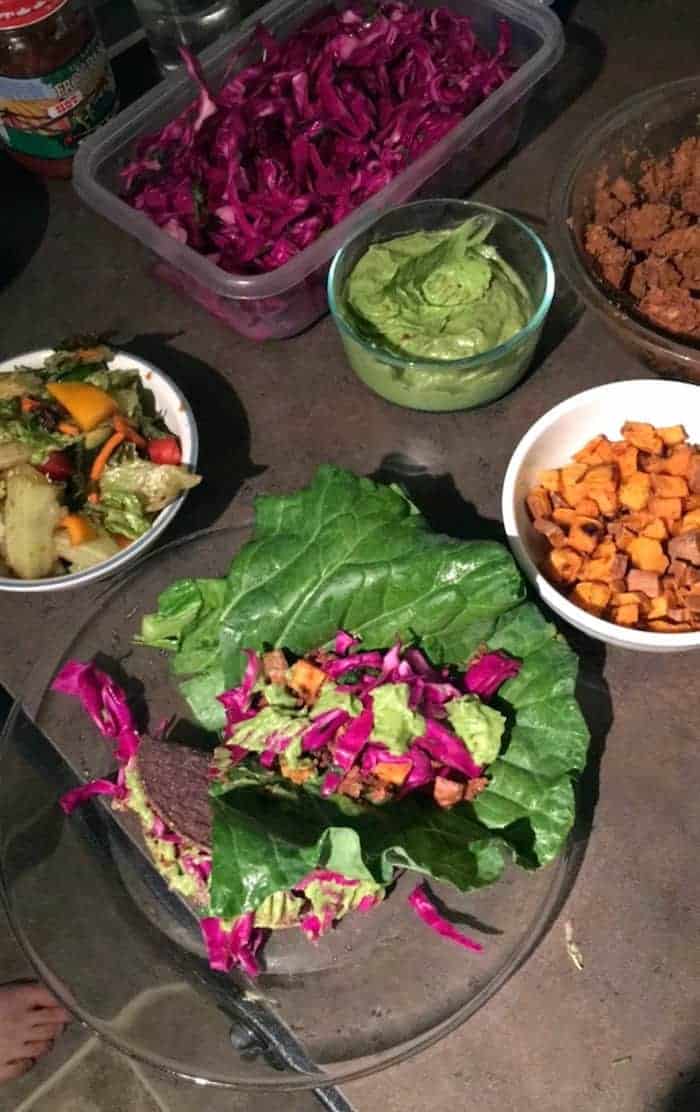 Dinner was my new favorite meal, tacos with the works! I used this recipe as inspiration for the "meat," but I do one can of black beans, one can of chickpeas, and a heaping half cup of pecans plus double all the spices except the salt, which it calls for way too much of. I served the "meat" with Simple Truth organic blue corn taco shells + collard greens for wrapping.

Other accompaniments included baked sweet potatoes, avocado crema (blend two avocados in the food processor with a big handful of cilantro leaves,  lime juice, salt, and garlic to taste plus a bit of water to blend), Frog Ranch salsa, and red cabbage slaw (thinly slice a head of red cabbage and add a handful of cilantro, about 3 tbsp apple cider vinegar, a drizzle of honey, and sea salt). This has quickly become a weekly staple for us.

It sounds like a lot of work, but I swear it doesn't take that long. I actually made the filling, crema, and slaw in the morning so when I got home we didn't have to cook and clean for hours like I've been doing. I've decided that working out, blogging, cooking, and cleaning all after work is too much for me to handle right now. I have to have food ready to go! 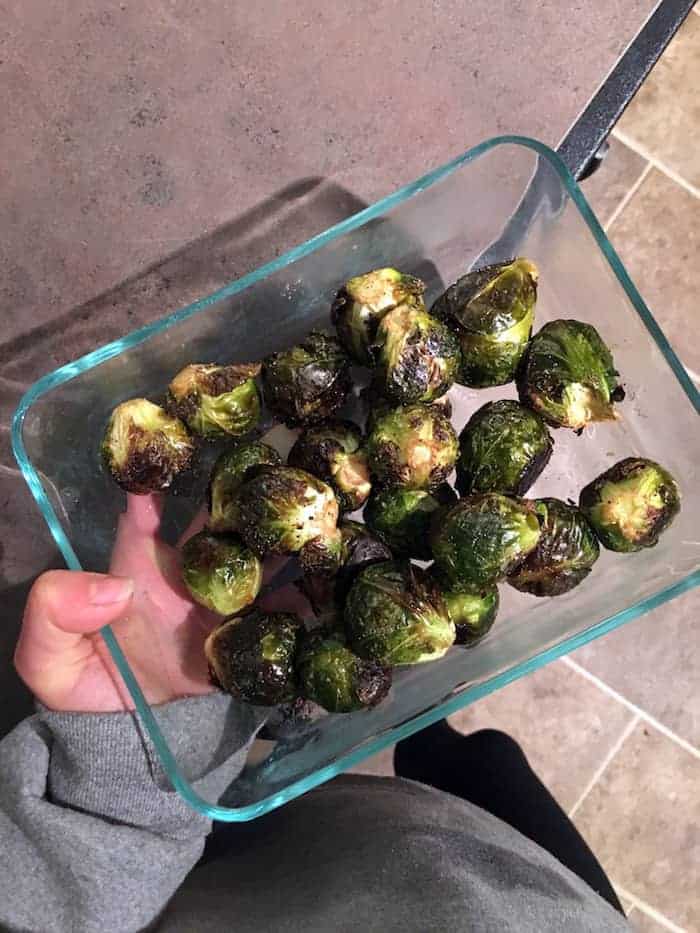 We also had our usual salad and some whole roasted Brussels sprouts.

I've been in a phase for about a month where I literally need dessert like right after dinner. Lately it's been an old favorite recipe that I discovered  years ago: a couple of these black bean brownies sweetened with dates! I follow the recipe pretty much to a tee but less chocolate chips. They're amazing right out of the fridge or warmed in the microwave with a big glass of almond milk. 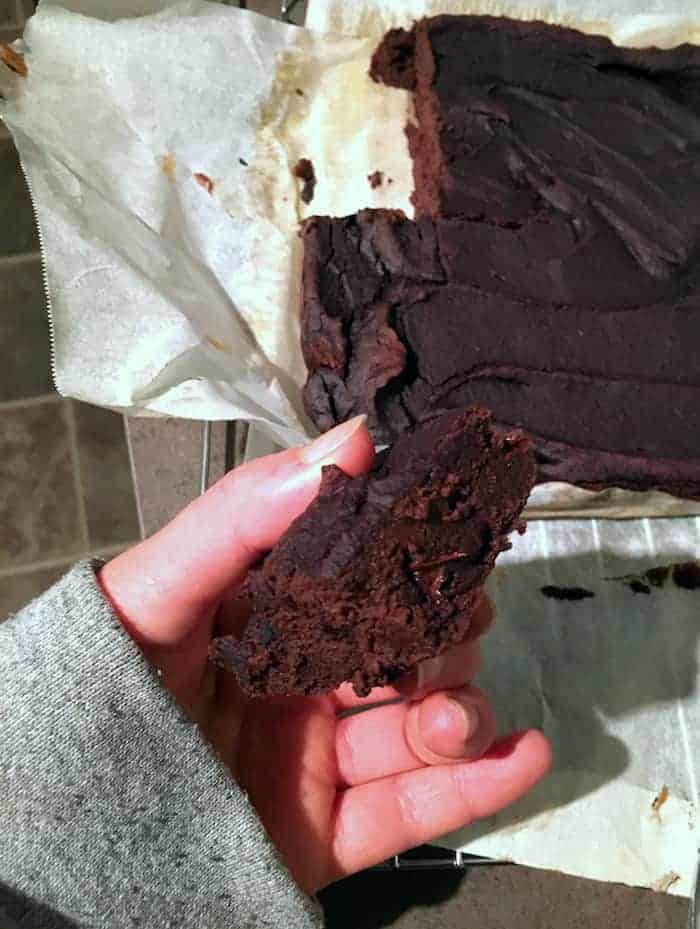 I hope you all have the best day EVER.