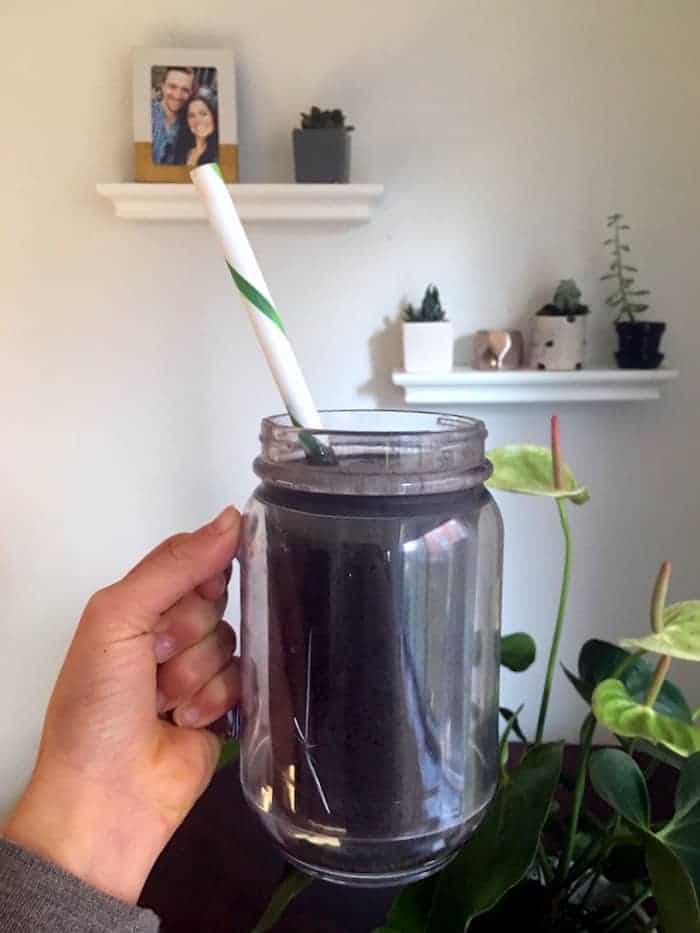 Let me start off by saying that it's that time of the month. I'm only telling you because a) we're friends, b) I've been mega exhausted, and c) I want to eat everything in sight. Hope you enjoy!

I was on a steel-cut oatmeal kick for a while but I changed it up this week with a big ol' smoothie. Into the nutribullet went frozen Wild Blueberries (from Costco of course), frozen spinach, frozen cauliflower florets, avocado, vanilla Vega protein, flax, cinnamon, turmeric, ginger, stevia, and almond milk. Toooo good! 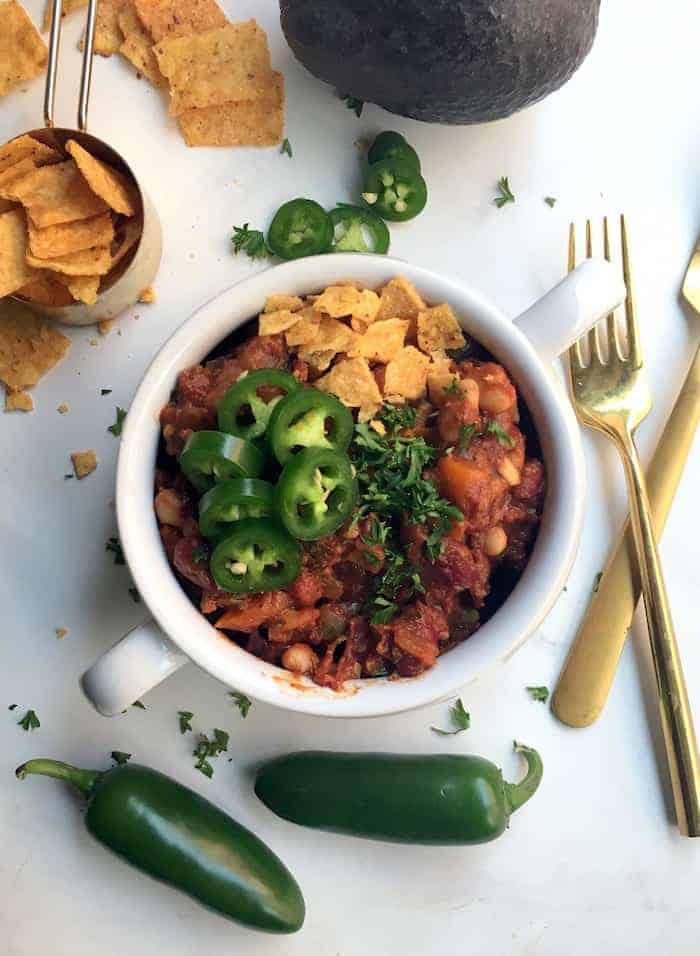 I spent an insane amount of time at the post office today mailing some Alchemy treats so I was beyond starving by the time I got to sit down and stuff my face. The recipe for this delish chili will be on the blog tomorrow! 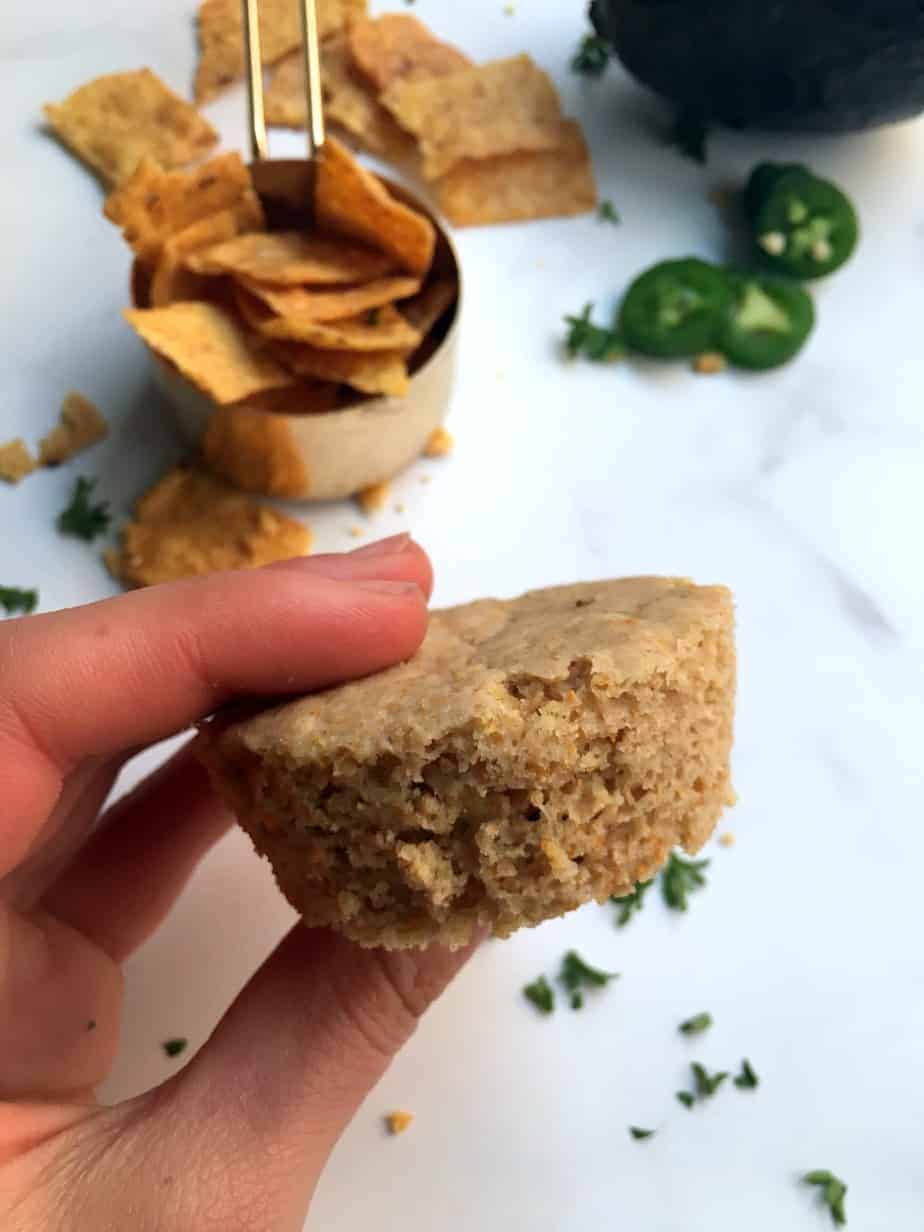 I ended up crumbling this leftover cornbread muffin on top. They came out a bit crumbly. I used a little under ⅓ cup of sugar instead of ½ cup, and they were still sweet enough for the boyf to call them "sweet muffins." Maybe the reduced sugar affected the structure? 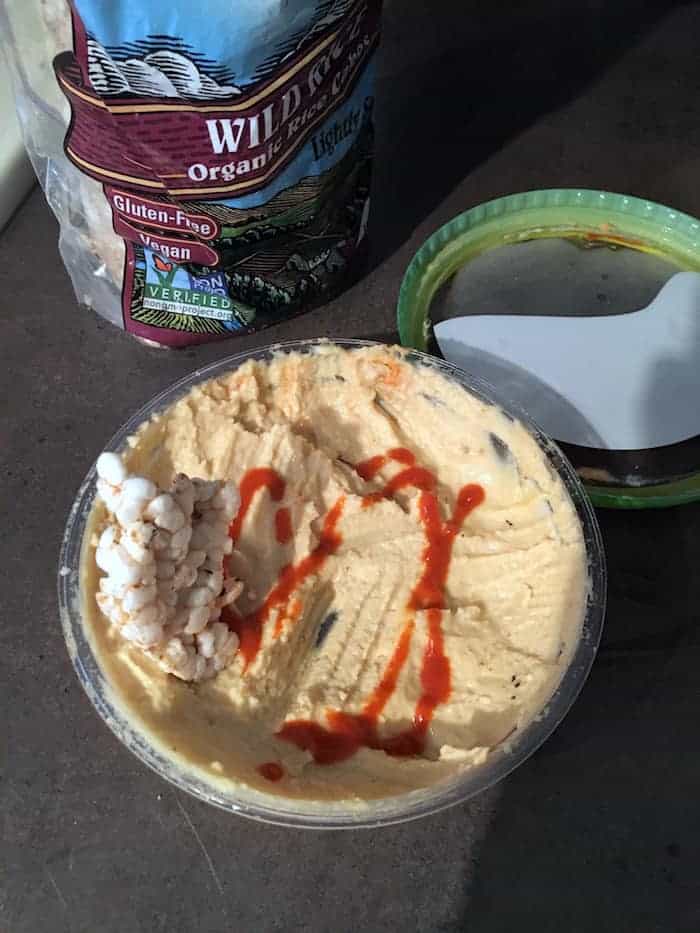 Then I was still hungry so I had a couple brown rice cakes with roasted garlic hummus and hot sauce. 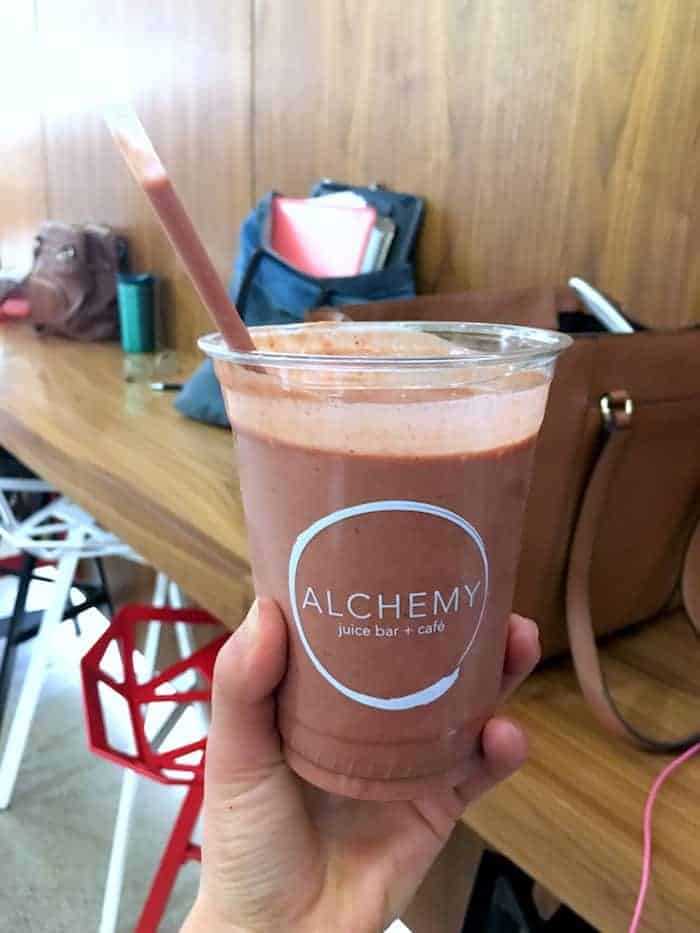 Back at Alchemy I had a bunch of sips of our new Red Gingerbread smoothie that's coming soon. I can't wait for this gem to be available for the holidays!

When I got home from work I threw on some fuzzy slippers and nommed on two leftover almond flour chocolate chip cookies with several gulps of almond milk. I used coconut oil instead of butter and they were fab! 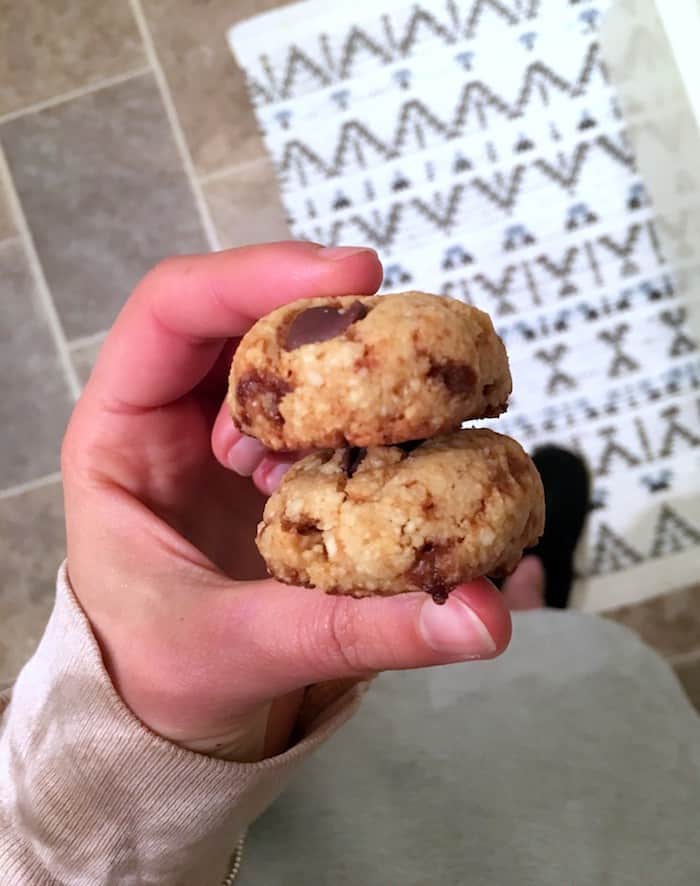 Gingerbread tea was next on the line-up. 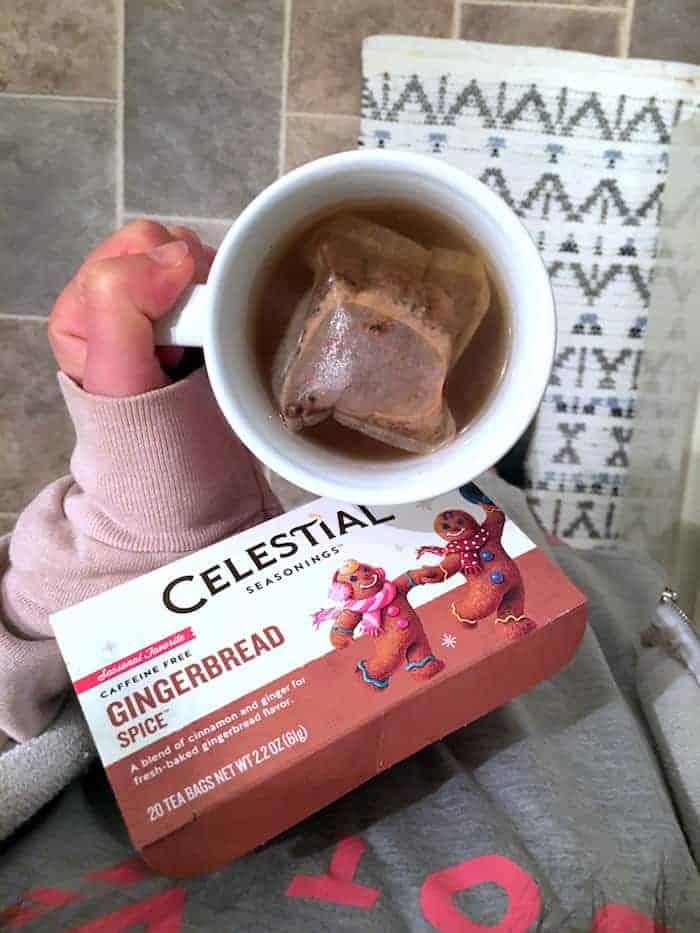 Dinner was organic whole wheat pasta ($1.50 for a box at Kroger!) mixed with spaghetti squash and topped with these quick and easy zucchini meatballs (you can cook them both at the same time), Carfagna's pomodoro basilico sauce, and tons of nooch on top. We had our typical salad on the side with local lettuce, peppers, tomatoes, balsamic, extra virgin olive oil, salt, pepper, and garlic. 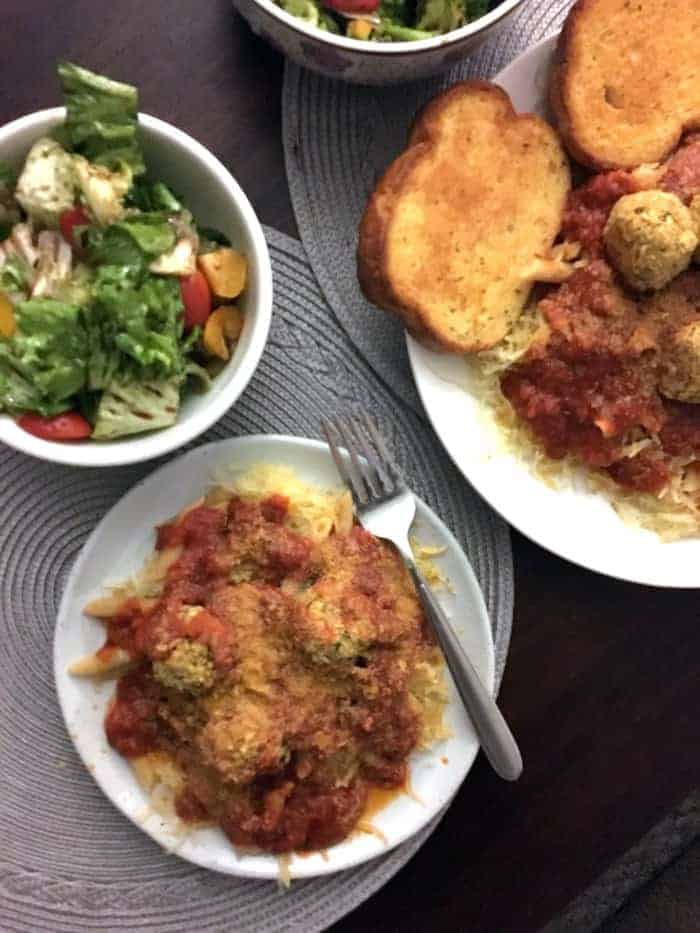 I also ate a slice of Jeff's Texas toast. It was nothing short of amazing. 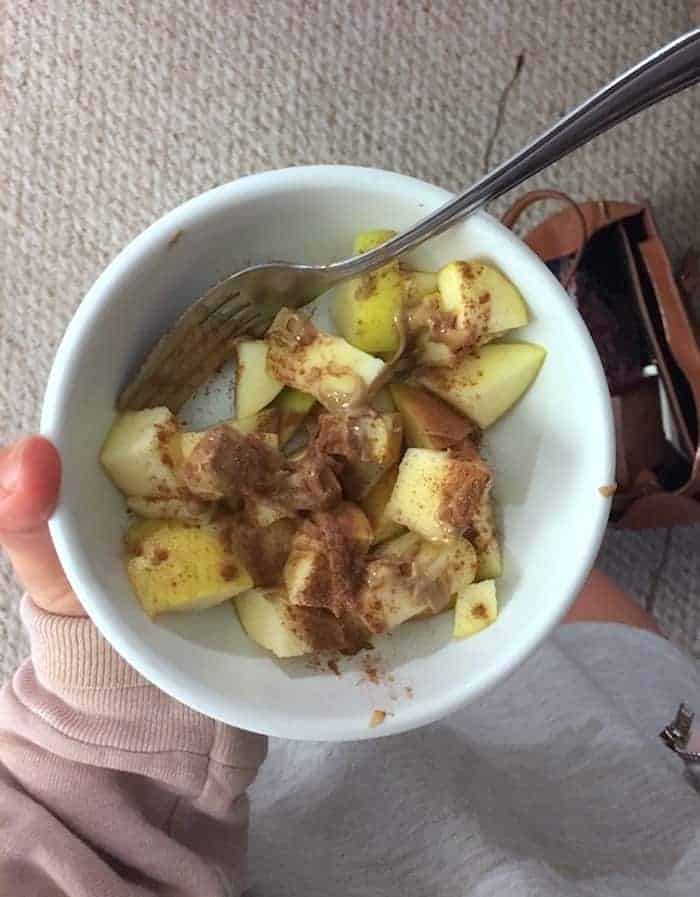 Then I wanted something sweet so I chopped up an apple and drizzle it with Sunbutter and cinnamon. So satisfying. Have the best day!