Hummusapien » lentil » What I Ate Wednesday

I wrote this on Tuesday evening before I knew the results. I don't feel like being very funny today. I'm confused, disheartened, shocked, and scared. As a Jewish female, I'm trying really hard to see the light and believe that the integrity of the American people and democracy and equality will always prevail. Will it? Because I feel like we've failed.

I'm sitting here with my eyes glued to the TV, nervously chowing down on Northstar takeout, freaking out because they forget to put dates on my salad but mostly because there's a chance Donald Trump might run this country. 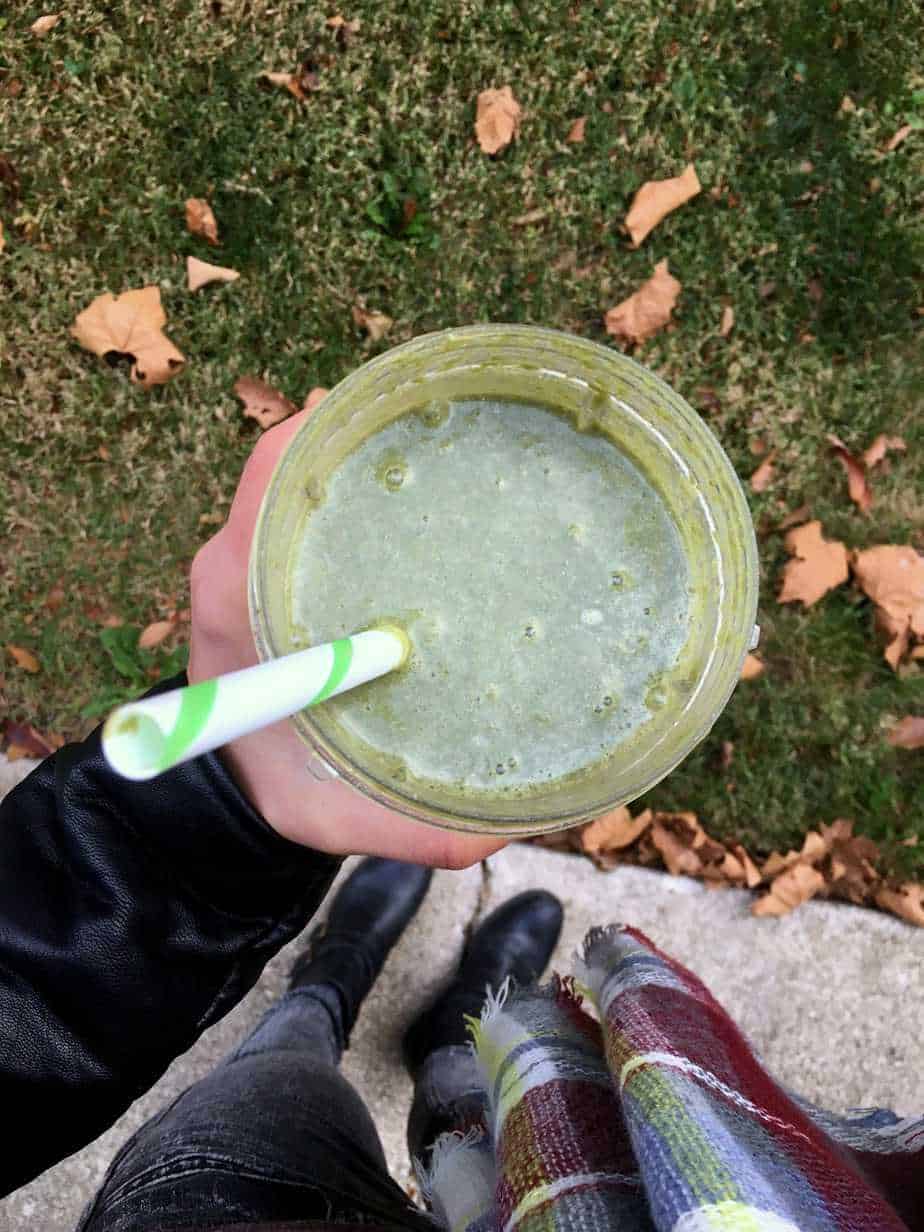 Breakfast was a huuuuuge smoothie with an orange, frozen spinach, frozen cauliflower, turmeric, cashew butter, chocolate protein powder, and almond milk that actually didn't taste good. I had extra oranges from a super delish Orange Chocolate Smoothie recipe I'm sharing with your faces tomorrow and for some reason I thought it would be wise to throw one in a freezer smoothie pack. WRONG.

It turned into one huge messy frozen clump that I had to hack apart with a knife on a cutting board that unknowingly still tasted like onions. Mmmmmm. 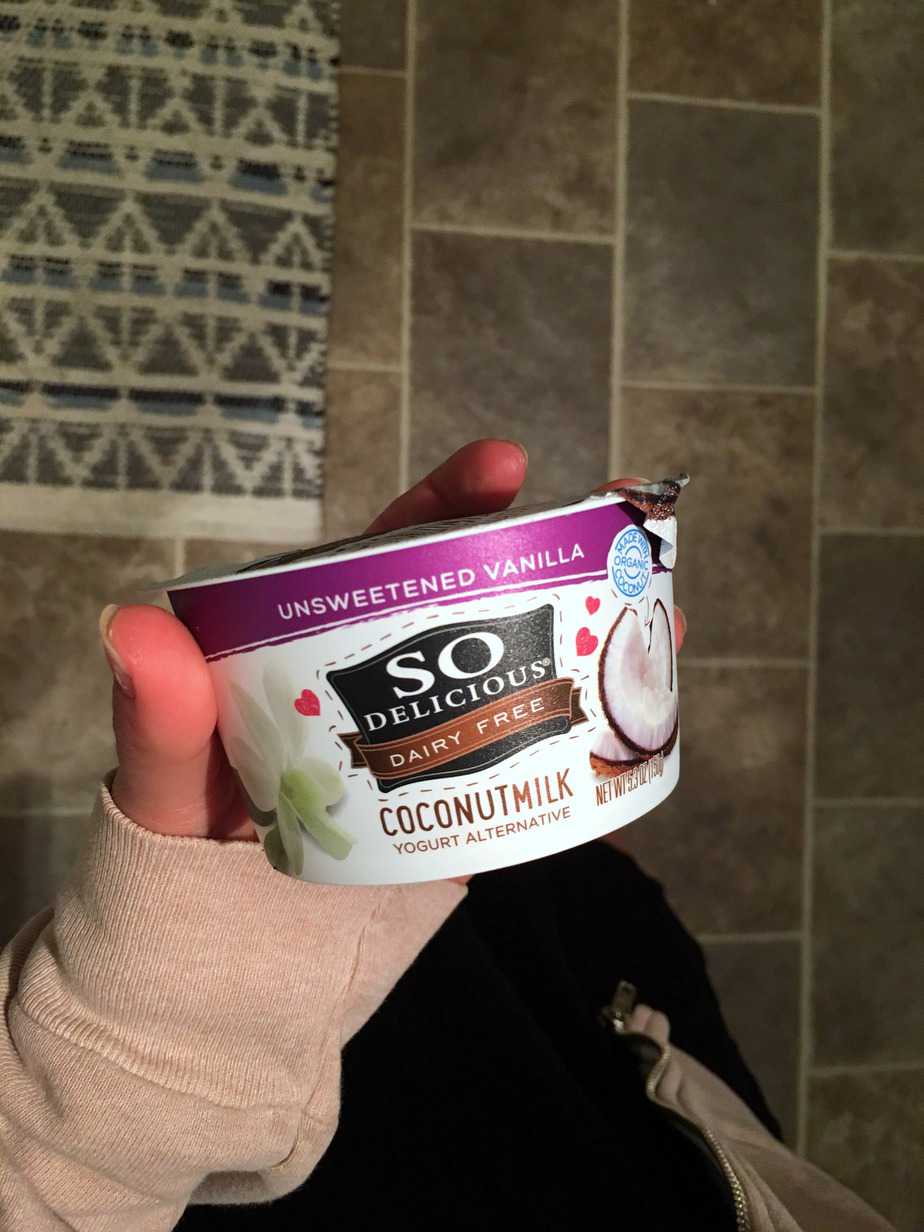 I snacked on this coconut yogurt with unpictured strawberry jelly, almond butter, and a drizzle of cinnamon before lunch. I've been on the prowl for a satisfying non-dairy yogurt and the almond ones kind of weird me out so this has been my go-to. The vanilla one is pretty rad! 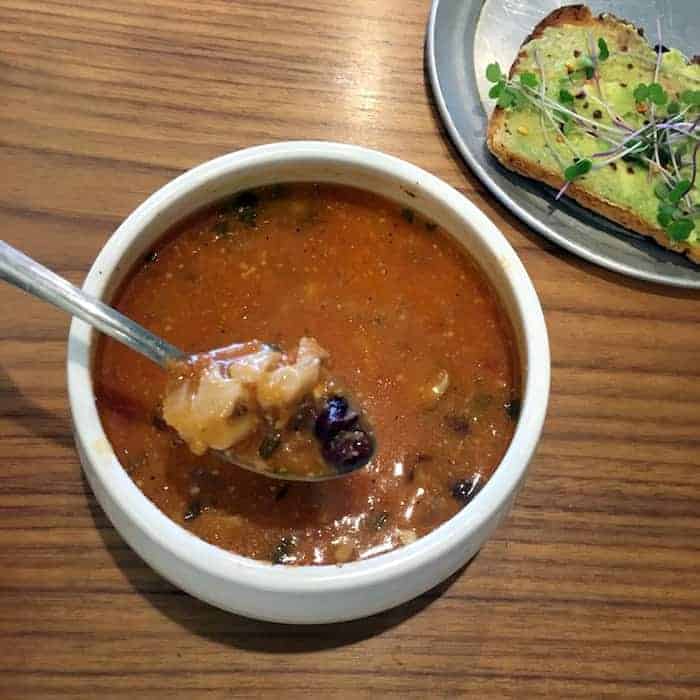 Lunch was Coconut Saag from Isa Does It (forgive my outfit change, this pic is from the day before), a beautiful hardcover cookbook that I enjoy staring at. As you can imagine, I have a ton of cookbooks. I'm trying to spice up our meal prep lives and cook some new recipes I've never made before. Blogs are awesome and easy but sometimes I just want to feel real pages between my fingers.

We loved this recipe! Loaded with chickpeas, greens, tomatoes, coconut milk, and fun spices like fennel seeds, it was a nice twist on traditional curry. I snagged some organic brown basmati rice in the bulk bins at Whole Foods to eat with it. Jeff loved it, too!

P.S. you all warmed his soul with your sweet comments on the What My Boyfriend Ate Wednesday post last week. It won't be his last! 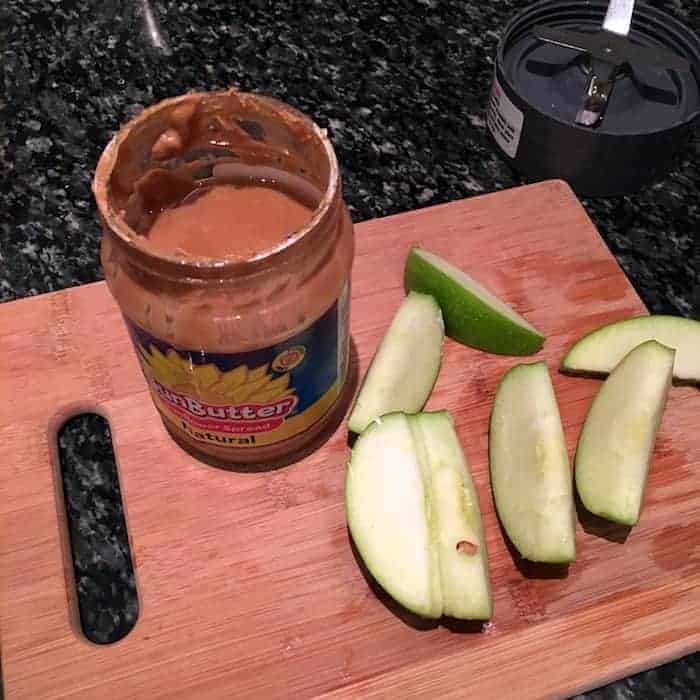 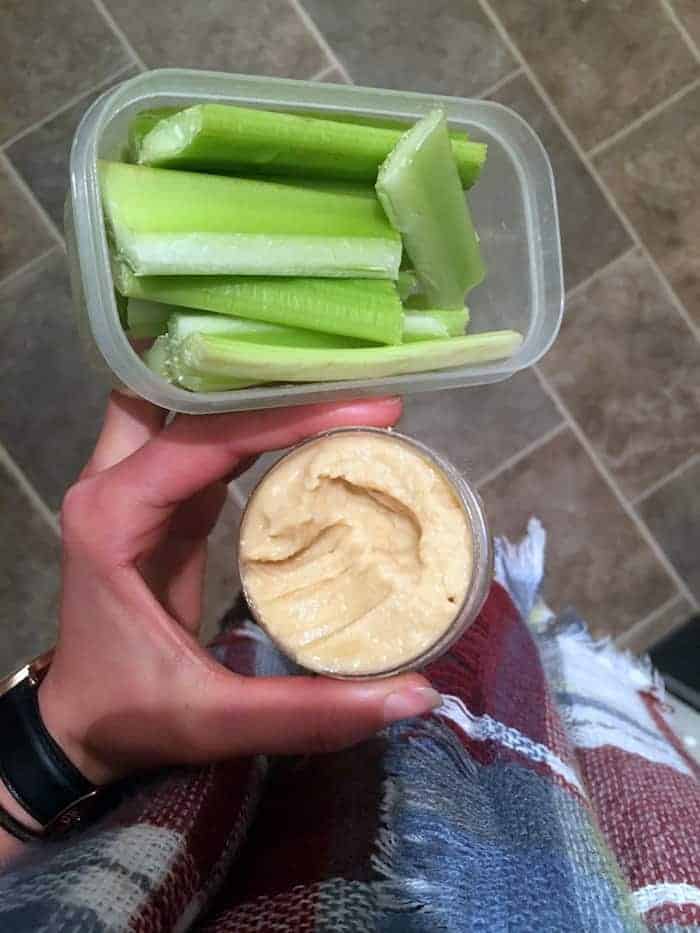 ...and a couple cookie dough balls from Oh She Glows Every Day. Promise me you'll make Angela's Golden French Lentil Soup if you haven't already! 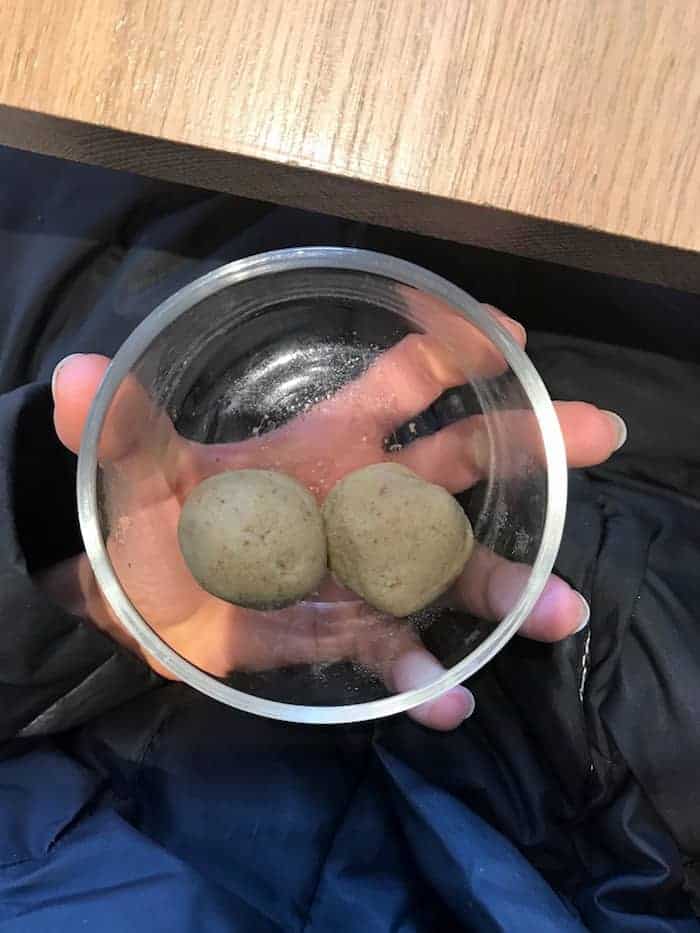 We got Northstar for dinner. I got my usual village salad with tofu while Jeff smashed the burger with wild rice salad. 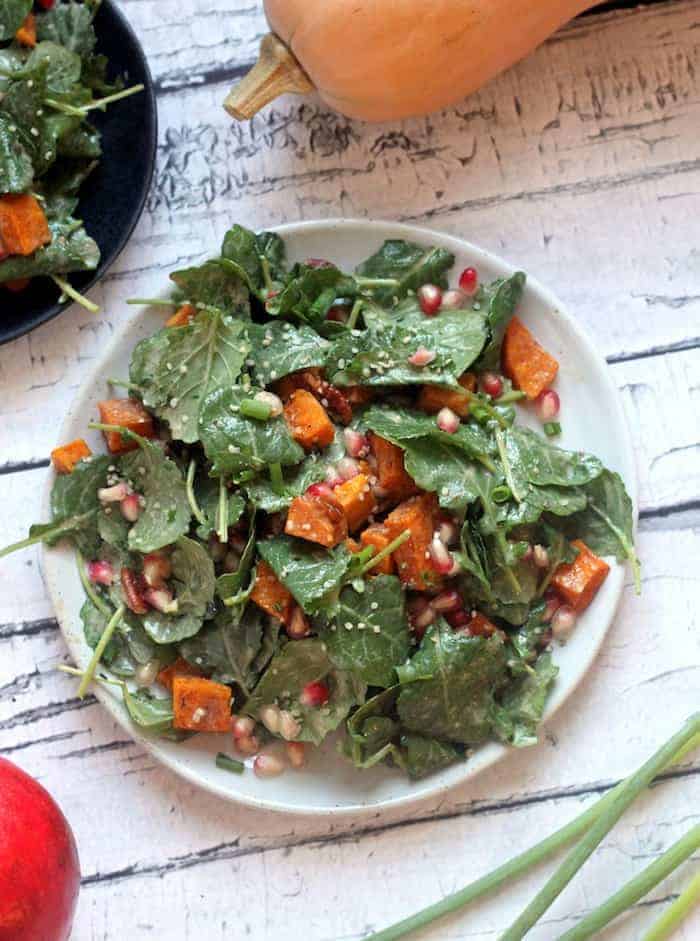 Dessert was another recipe from Oh She Glows---Peanut Better Balls! I used the recipe from her cookbook, which is a little bit different with the measurements. These were a HUGE hit! Jeff and I have been eating two for dessert every night. 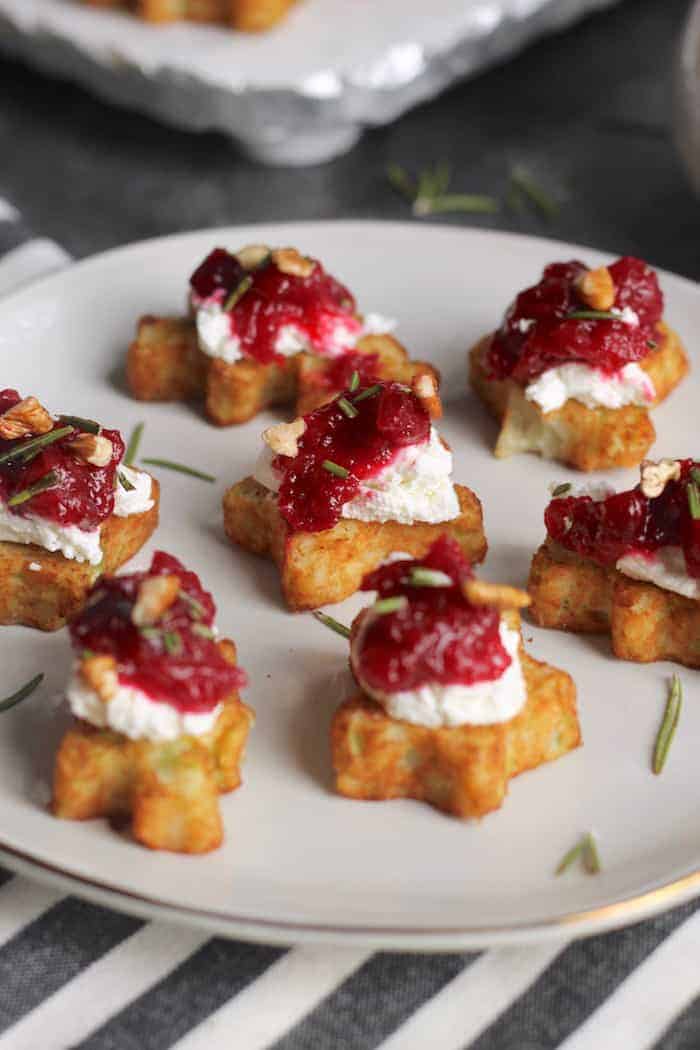