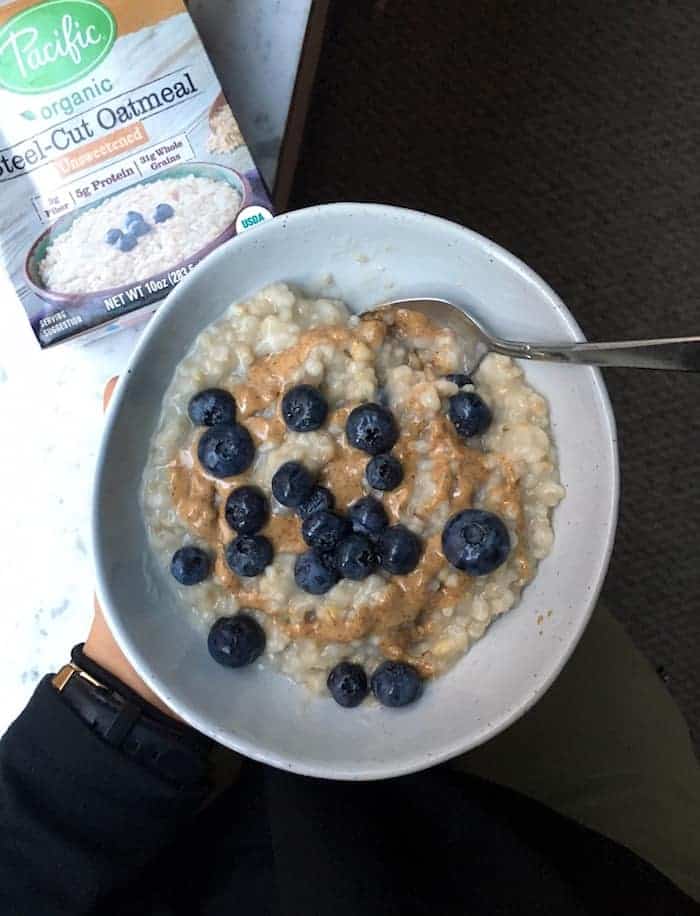 Speaking of pumpkins, has everyone seen the Paleo Pumpkin Bars Video I posted yesterday on Facebook? In case you couldn't tell, I'm still freaking out about it. So.very.in.love.

Onto the eats, since that's why you're really here. ISN'T IT NOW. I need to tell you that I had hot oatmeal with bloobs and almond butter for breakfast. Hold the phone.

I swear. It was weird and so different and I kind of loved it. I used to have it all the time but for some reason I only crave DIY cold oatmeal cereal these days. I'm working on a post in partnership with Pacific Foods so I had lots of their new ready-to-eat steel cut oatmeal to spare. I emptied one into a bowl, microwaved it for a minute, and voila! They're already pre-cooked to the perfect consistency so you don't even have to add water. These would be super dreamy for travel, like for oh I don't know...when I leave for freaking Italy on Monday!!

Winan's also had pumpkin spice coffee yesterday which I pretty much died over. That was important. 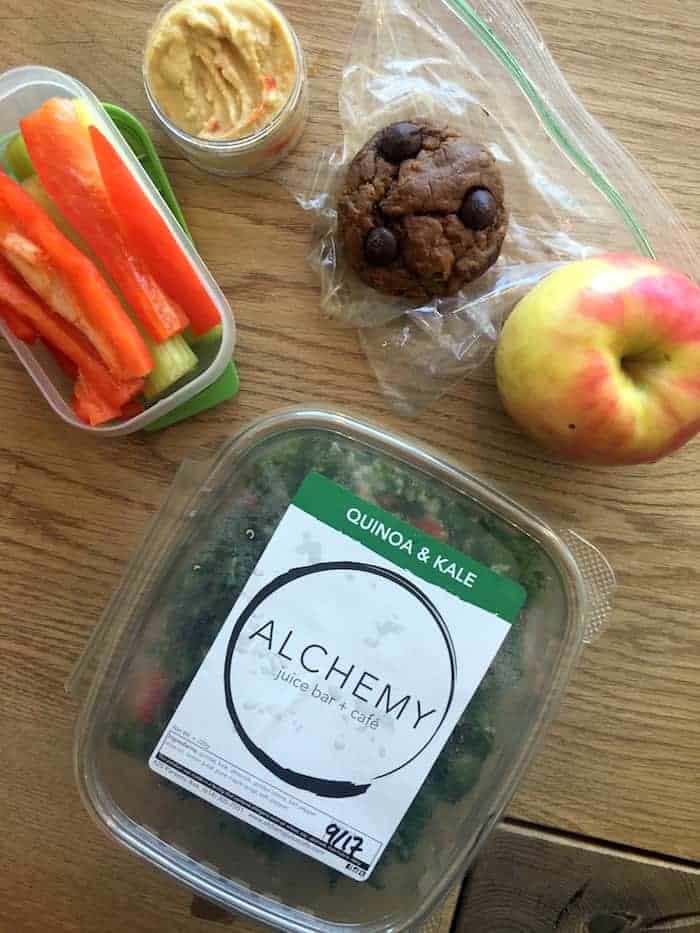 I don't have tons of food at home since we have a wedding this weekend before flying out, so I grabbed a Kale and Quinoa at Alchemy and ate it with sliced peppers and celery, hummus, a Pumpkin Chocolate Chip Muffin, and a big apple.

I usually have an afternoon snack but today was a really, really busy day. I spent the latter half of my afternoon teaching a nutrition seminar to a sorority on campus and had to go meet a new potential chef for an exciting new concept (squeal) immediately after which lasted till 8pm. Sometimes I'm bad at practicing what I preach and keeping an emergency snack on me at all times but hey, ain't nobody perfect and I sure as hell am not. 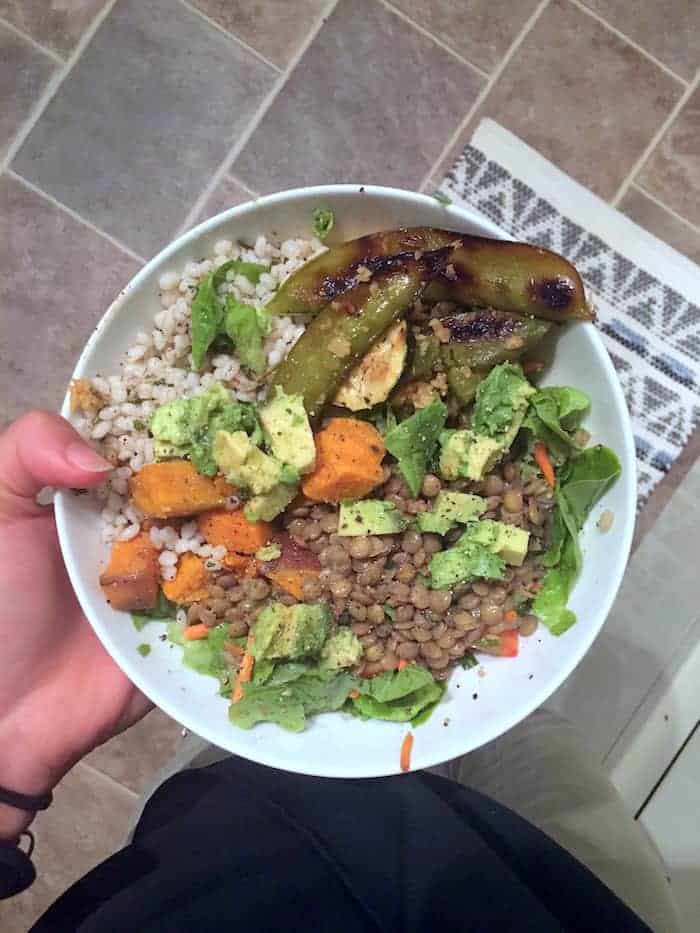 I was hangry when I got home to say the least. I got to take some leftover lentils and bulgar from the chef tasting so I made the most delish hugh jass bowl of red oak lettuce, carrots, heirloom tomatoes, balsamic, olive oil (all hidden underneath the madness), lentils and bulgar, leftover sweet potatoes and cauliflower rice pilaf, sauerkraut, and avocado. This thing was HEAVY. And oh my god...I ate it embarrassingly fast. 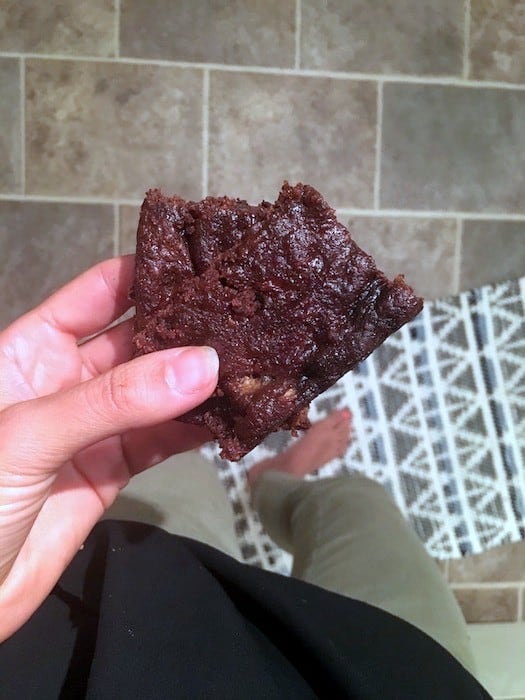 Now excuse me while I tackle my ridiculous to-do list and sigh over my inability to say "no," which is totally fine because "Rather Be" by Clean Bandit is blasting in my ears and I'm this close to fully accepting that being a lady boss means early days and late nights and then some. "Betty Who" Pandora is life.