The blog got implants!!!

I kid. In all honesty, I was getting a little tired of my current look. I felt like it was no longer "me." Sooo basically I turned my marble and gold kitchen dream into a blog logo idea. Ha! 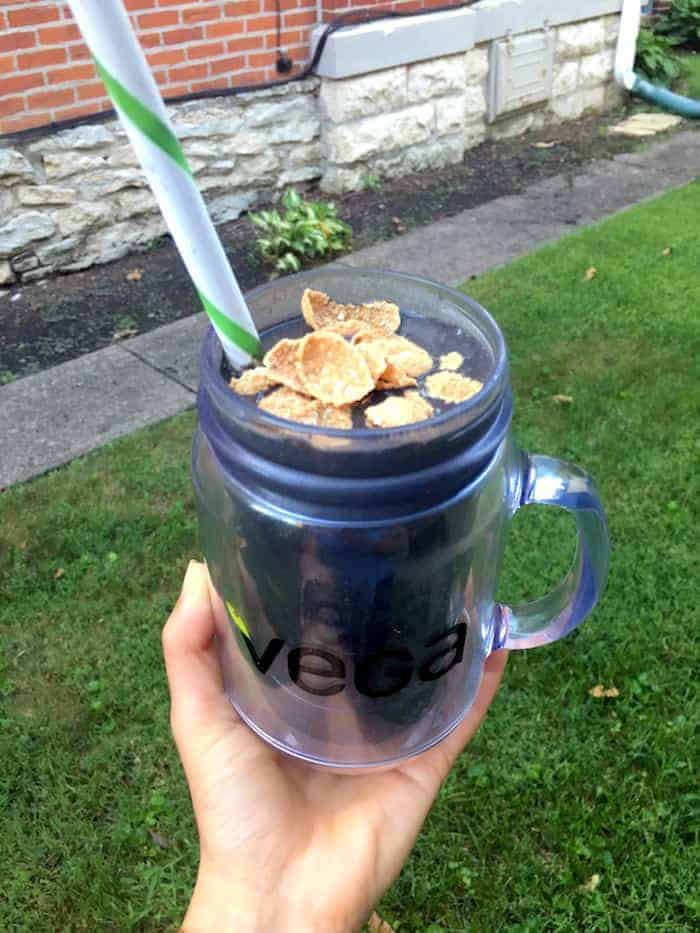 I took a break from my recent DIY oatmeal cereal obsession to whip up a smoothie complete with everything but the kitchen sink: ¾ cup frozen wild bloobs, a scoop of Healthy Skoop chocolate protein powder, a medjool date, a few florets of frozen cauliflower, a handul of frozen zucchini moons, some frozen spinach, 1 tsp spirulina, 1 tbsp hemp seeds, a splash of vanilla, a few drops of stevia, dash of cinnamon, black pepper, turmeric, and lots of unsweetened vanilla almond milk. I topped it with some Nature's Path Organic Heritage Flakes for crunch.  So good!

I also took a shot of this new Organic Root Cider. It's...an experience. From raw apple cider vinegar and lemon juice to garlic and hot chili peppers, this extremely potent little tonic has it all. We're trying to take a tablespoon a day for a healthy boost but its' definitely not the easiest to get down! We're feeling pretty good so far... 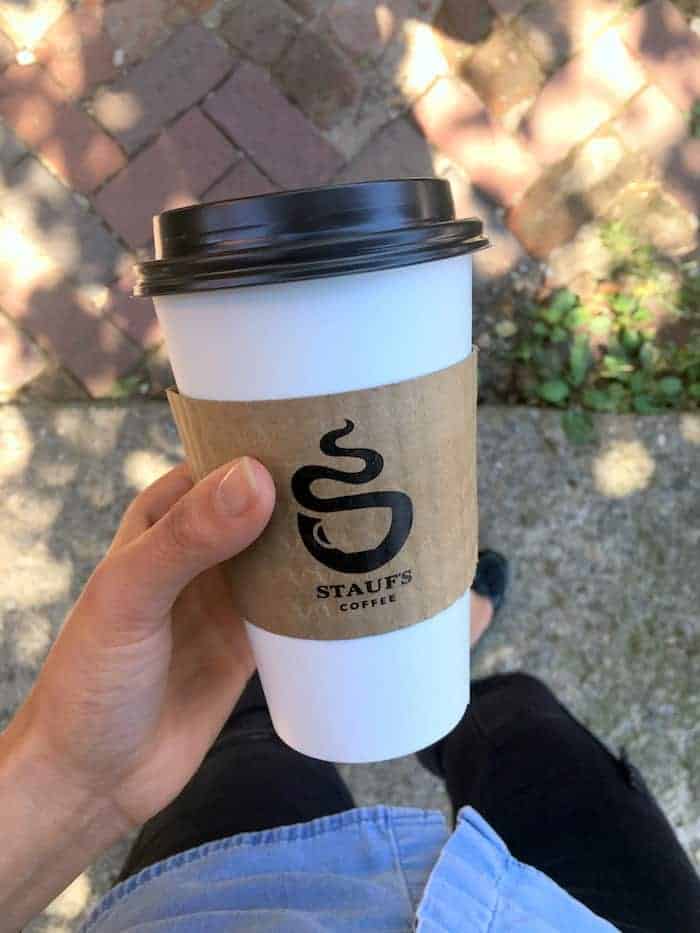 Some work at Stauf's meant a light rose with soy milk. I've also been trying to drink more water because I pretty much have zero thirst response. My friends at Healthy Human were kind enough to send over an awesome blue insulated water bottle and 20oz wooden cruiser cup. 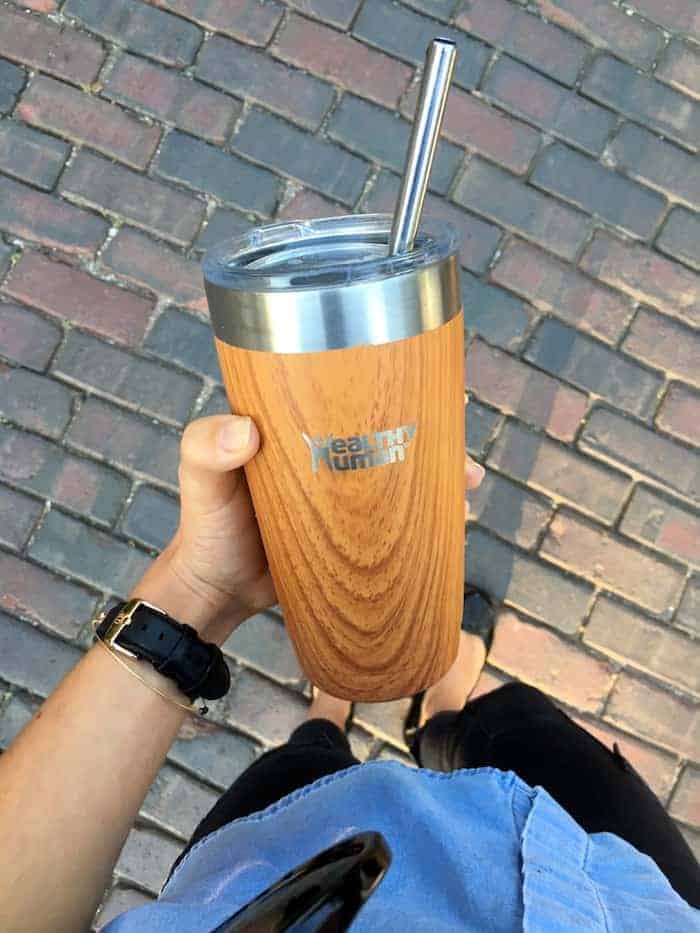 I'm OBSESSED! I haven't parted with the cup since it came in the mail yesterday. I love how cold it keeps the agua! 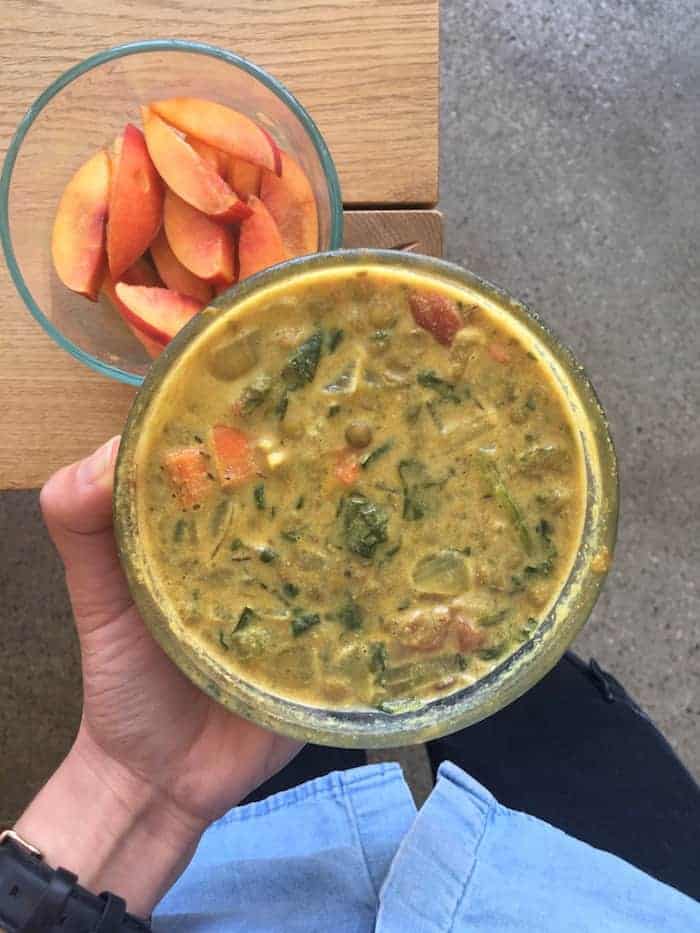 Lunch was Golden Lentil Soup from The Oh She Glows Everyday Cookbook. It's SUPER creamy and flavorful and I can't wait to share the recipe with you all soon! I also had a juicy organic nectarine on the side 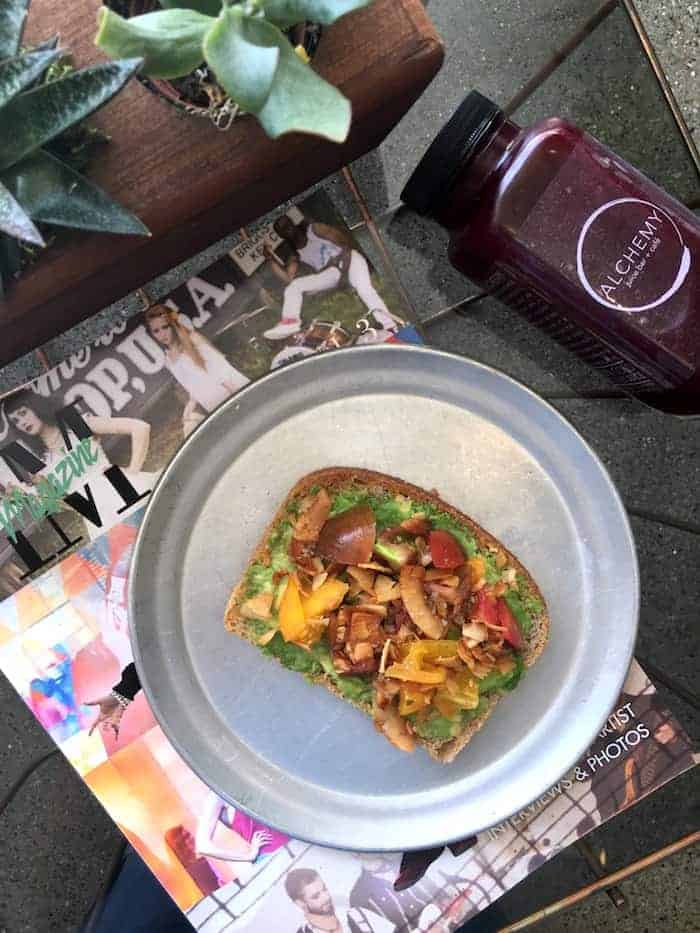 Snacks included Alchemy's new toast of the day, which was avocado, coconut "bacon," local heirloom tomatoes, and mesquite smoked sea salt. OHMYGOD I can't even begin to describe the heaven in your mouth that is this toast.

I also had several bites of our Asian Carrot Noodles because...yum. 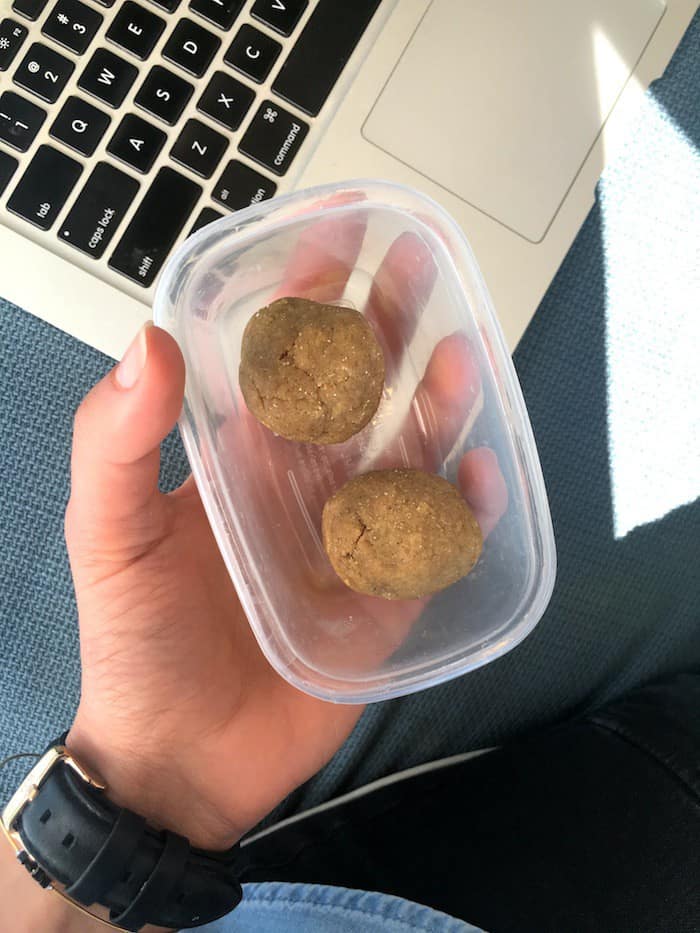 My last afternoon snack was a couple of these addicting Snickerdoodle Bites that I made a couple nights ago with Vega Sport protein. I think I ate half the batter before I rolled them into balls...

Dinner was my vegan enchiladas (I used canned chickpeas and no greens) with avocado and salsa plus roasted green beans, roasted broccoli (I dipped it in hummus and hot sauce after the picture), and a big bowl of salad. 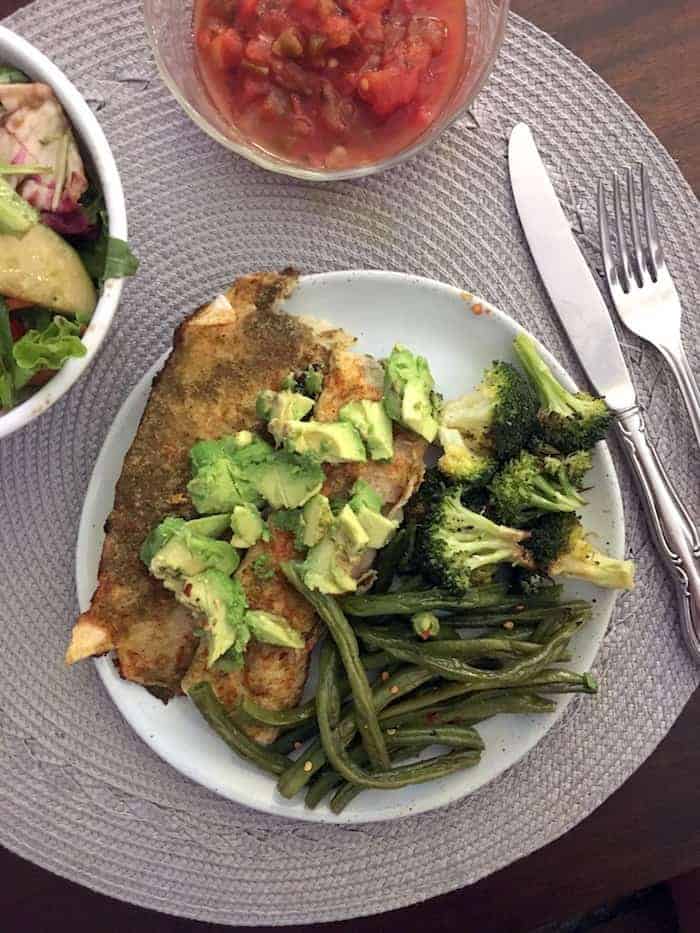 Obviously I couldn't resist making a batch of Flourless Double Chocolate Cookies before we watched eighty episodes of Lost. Then I had a So Delicious ice cream sammie because I'm hashtag addicted. 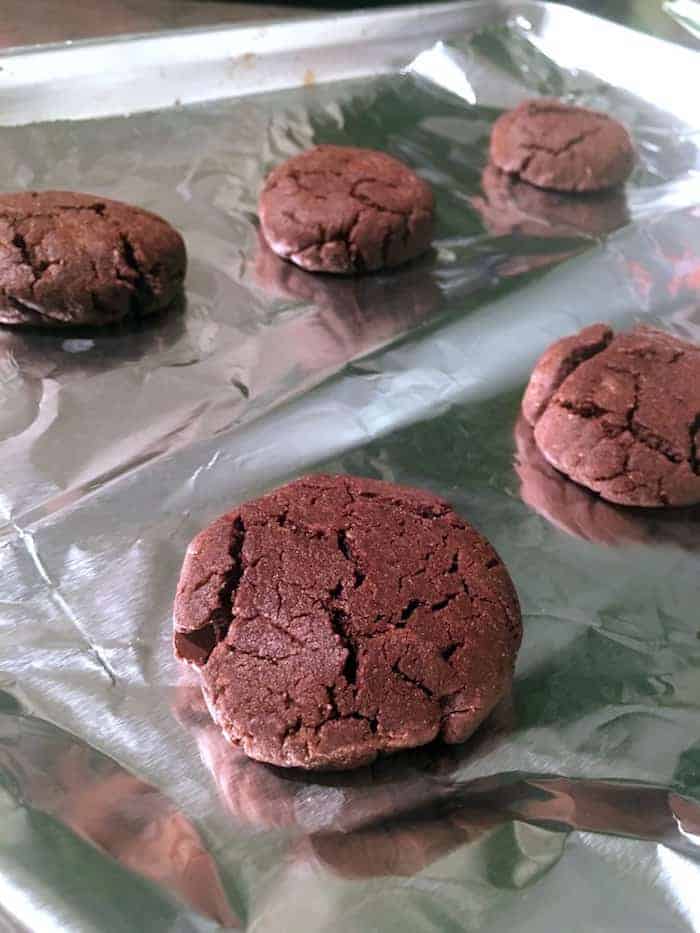