There was no shortage of fruits eaten today. 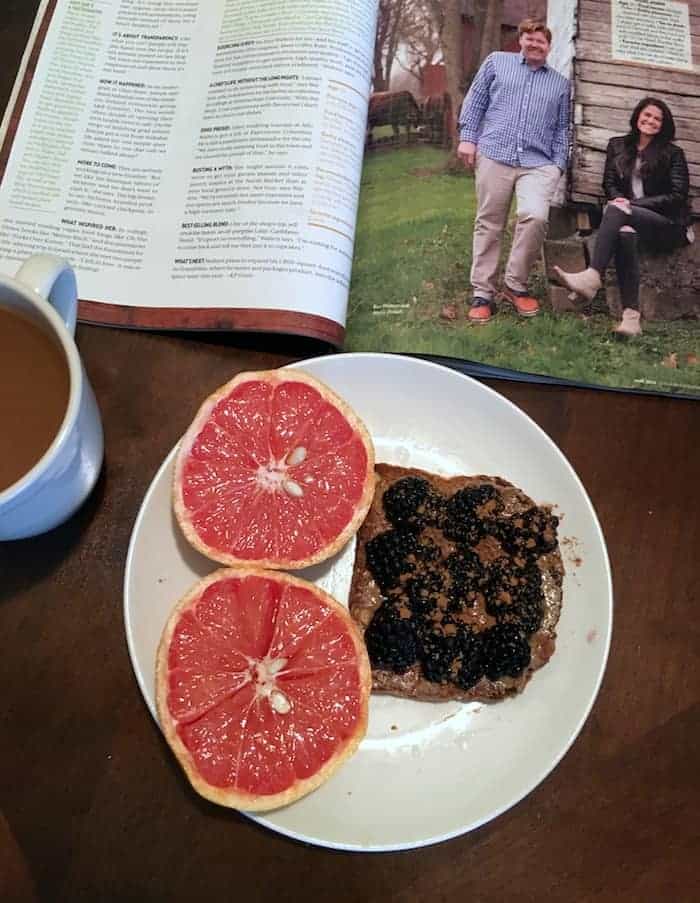 Breakfast was Ezekiel toast with crunchy almond buttah, blackberries, and cinnamon with the most juicy and amazing grapefruit ever plus a couple cups of coffee with almond milk and cinnamon. Literally the best one I've ever had!

Subtle hint that I was named a Tastemaker for 2016 (!!!) and the article is featured the May issue of Columbus Monthly! Check it out, Columbus friends! I'll link to the article on Facebook once the online version is up. Be sure to follow me on Snapchat (username: Hummusapien) for more fun foodie life updates! 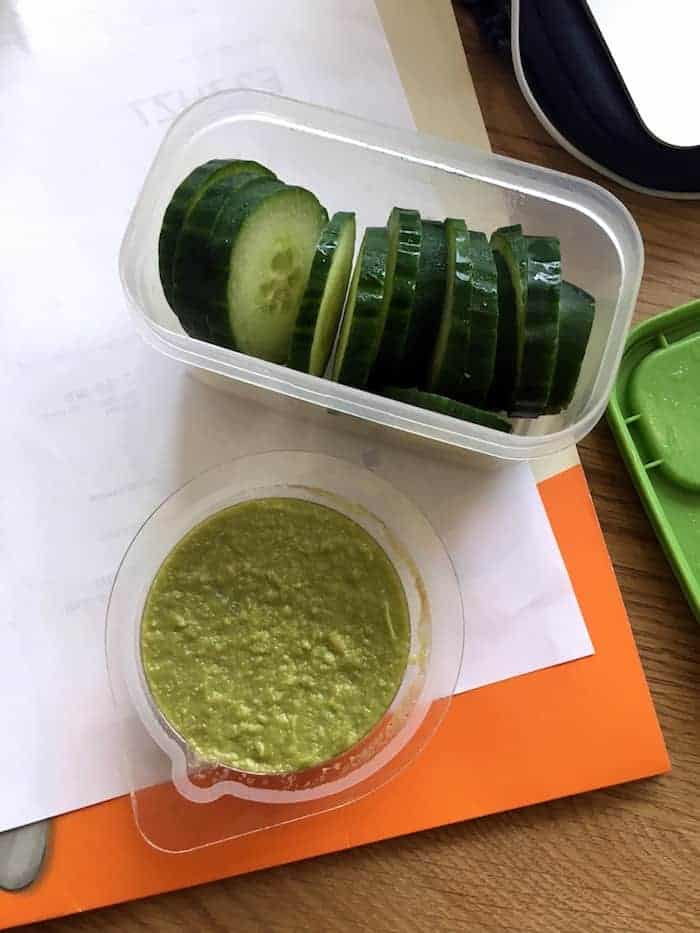 I snacked on cucumber slices and guacamole (love those mini packs!) before our lunch rush. 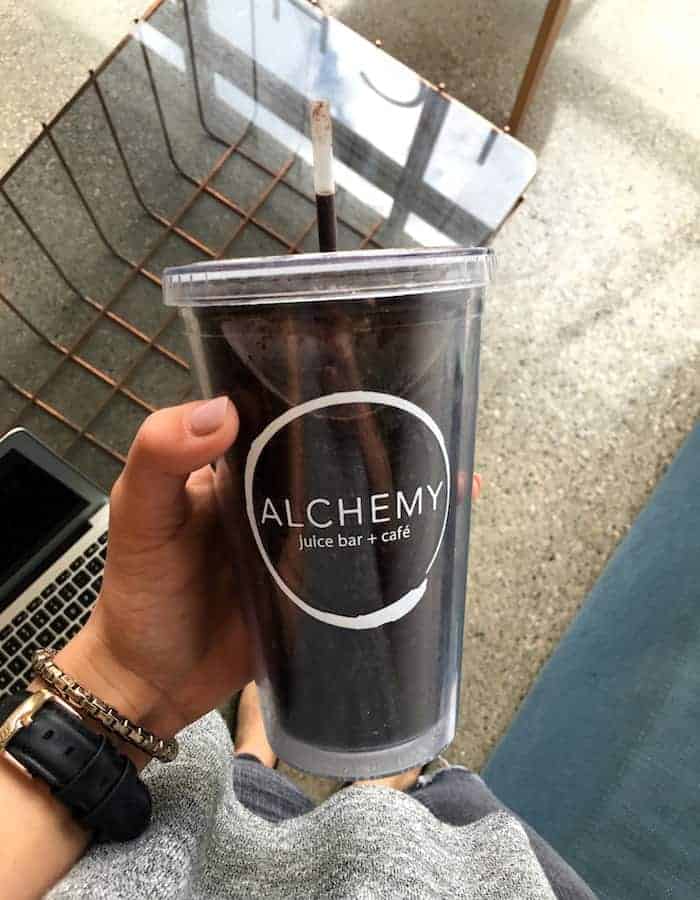 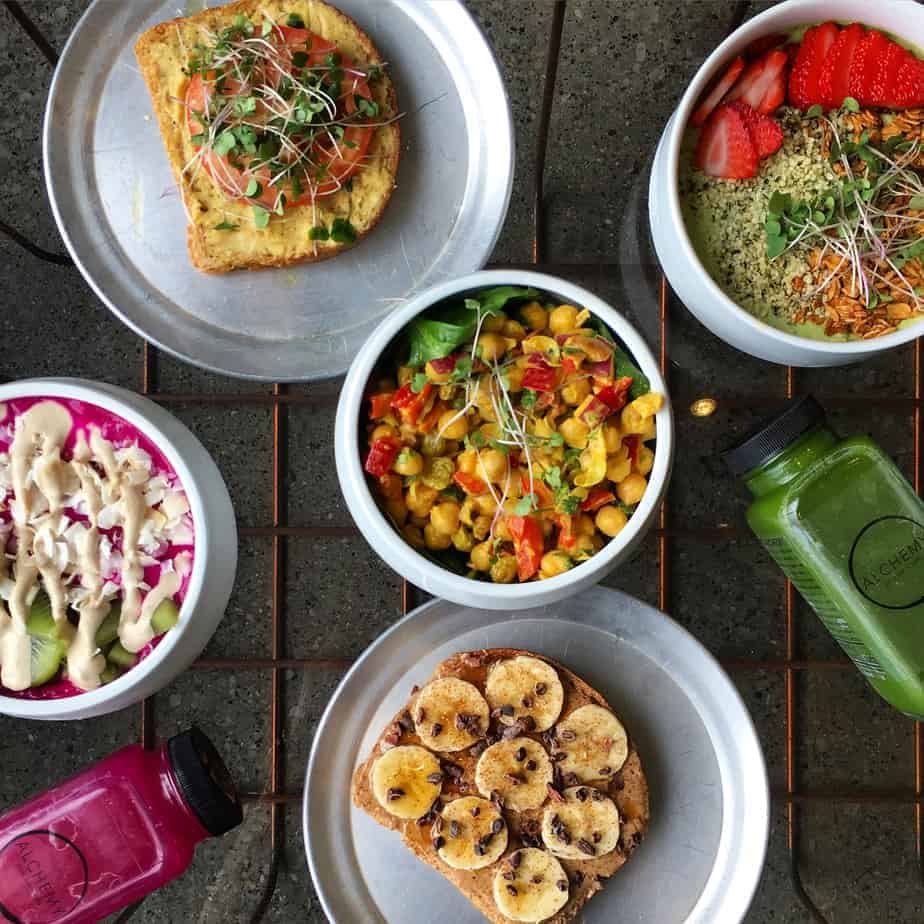 I spent some time with our graphic team throughout the afternoon to get new photos for our website and Instagram, so we had quite an array of goodies to snack on! I had a few bites of the Tropical Dragon Bowl, Mediterranean Toast, and our new Umami Kale Salad that's basically my favorite thing ever. It tastes like pizza. 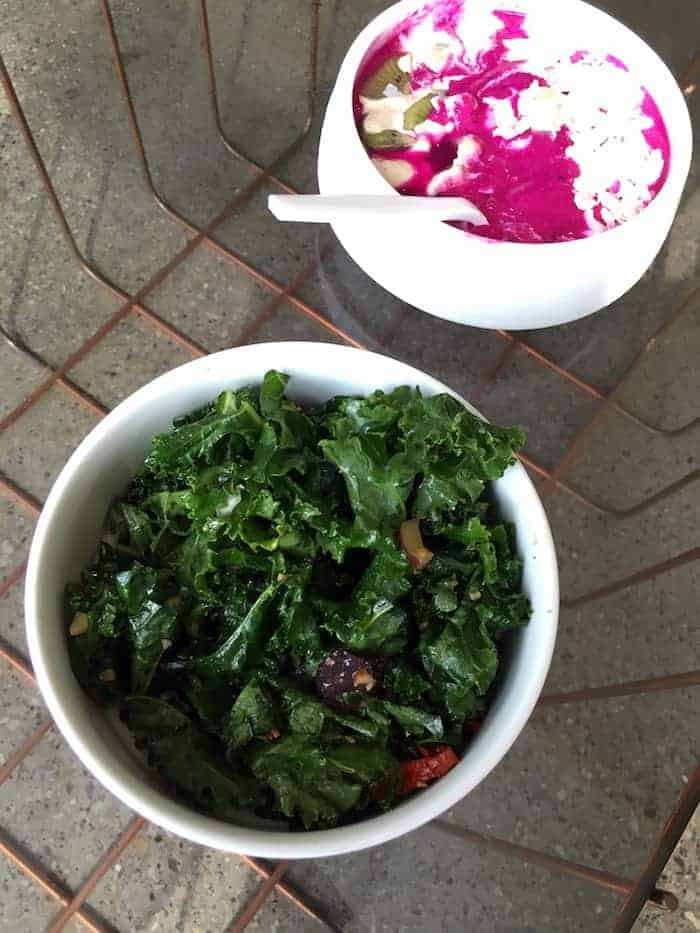 Dinner was a big salad with mixed greens, radishes, carrots, cucumbers, tomatoes, golden balsamic vinegar, extra virgin olive oil, salt, and pepper. I also had a leftover tempeh stuffed pepper that I made this weekend (sautéed onion, tempeh, brown rice, black beans, tons of salsa, spinach, lemon juice, corn, cumin, smoked paprika, salt, pepper). I threw these together on a whim when I realized we had tons of leftover salsa and I'm SO glad I did. Simple, healthy, and flavorful. Perhaps I'll get around to posting it someday... 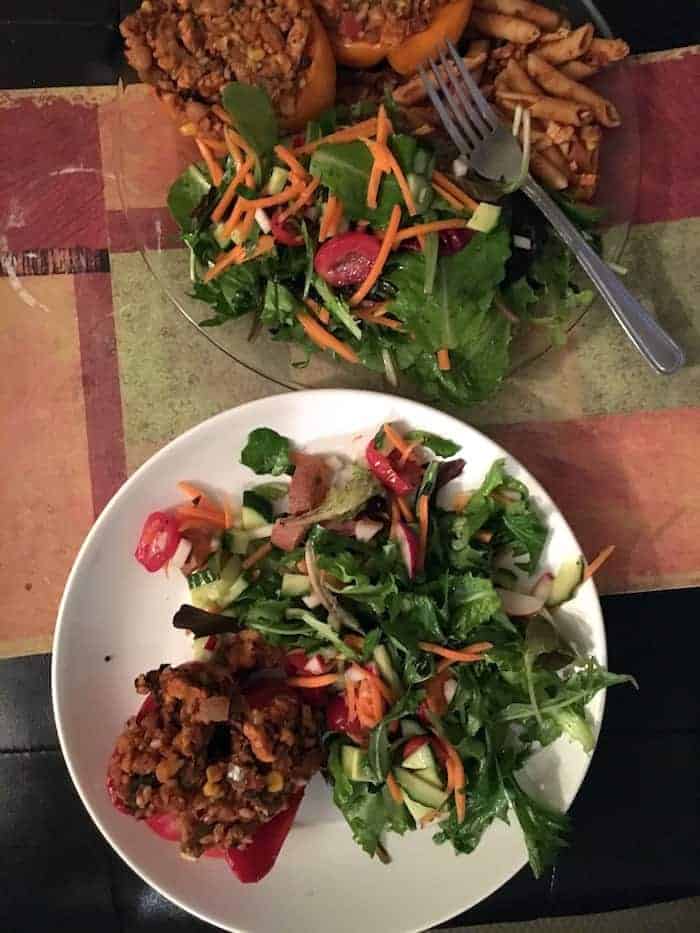 I also had some of the boyf's whole wheat pasta with TJ's organic tomato basil marinara and tempeh. 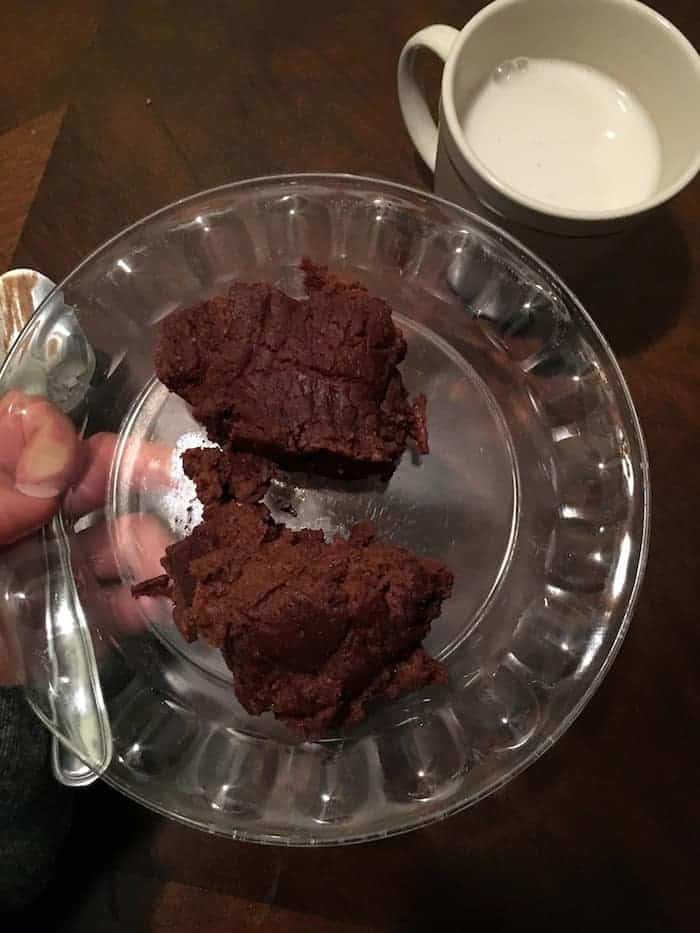 We were both craving something sweet after dinner so we whipped up Arman's (my long lost Aussie mate) 4-Ingredient Flourless Sweet Potato Brownies. What a good way to use up a sweet tater!! Deeeelish.