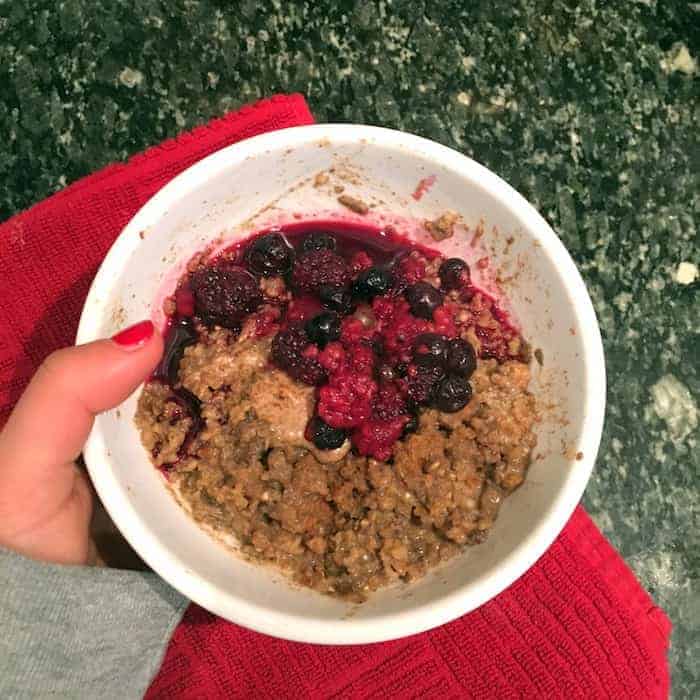 Breakfast was heaps of smushed gingerbread baked oatmeal and quinoa microwaved with almond milk and topped with almond butter and berries. It was a little weird not having a smoothie, but the sweet tooth has been on the prowl so the change of pace was more than acceptable.

I walked to Pistachia Vera for coffee with cinnamon and soy milk...always. 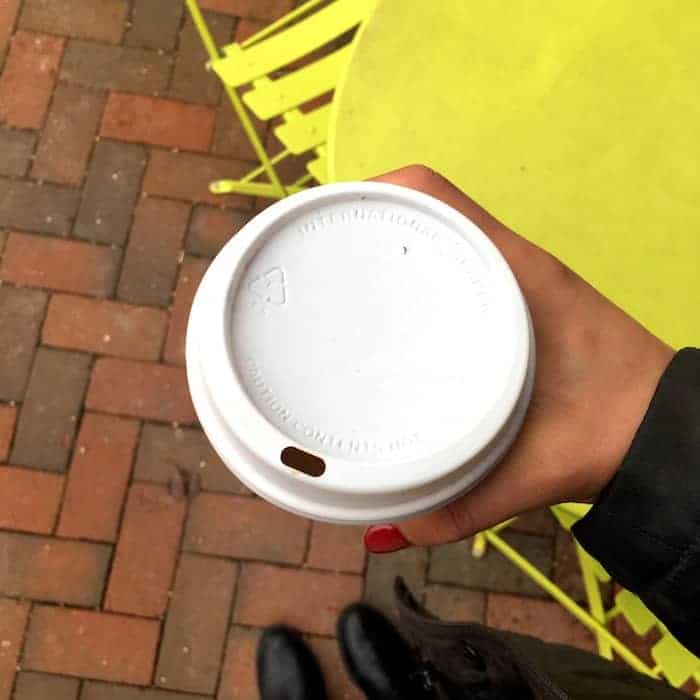 Last night I made a really, REALLY tasty dinner. First, I made this baked chicken parm for the boyf. I can count on my hands the number of times I've made chicken so I was a tad nervous, but he loved it! It was super simple, too.

For me, I made spaghetti squash, sauteed kale and shrooms with garlic, and super tasty baked bean balls using Neat's Italian mix (made with nutritional yeast instead of parm cheese). We smothered everything in my favorite local Carfagna's pasta sauce and had roasted broccoli on the sauce. It was quite a vegtastic dinner! You can imagine how excited I was to have leftovers for lunch. 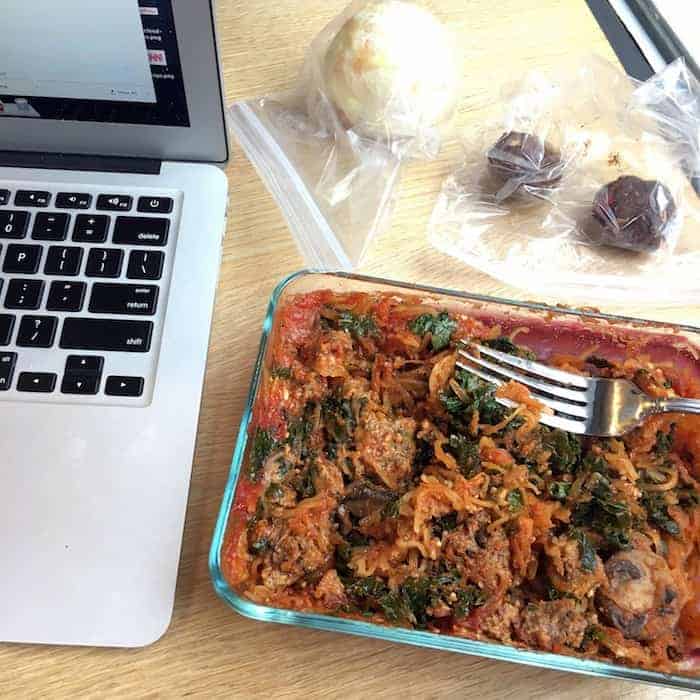 On the side was a cranberry chocolate protein cookie and an orange.

Snack time consisted of a smoothie that was basically half a normal blueberry cacao with Love Grown Power O's on top for crunch.... 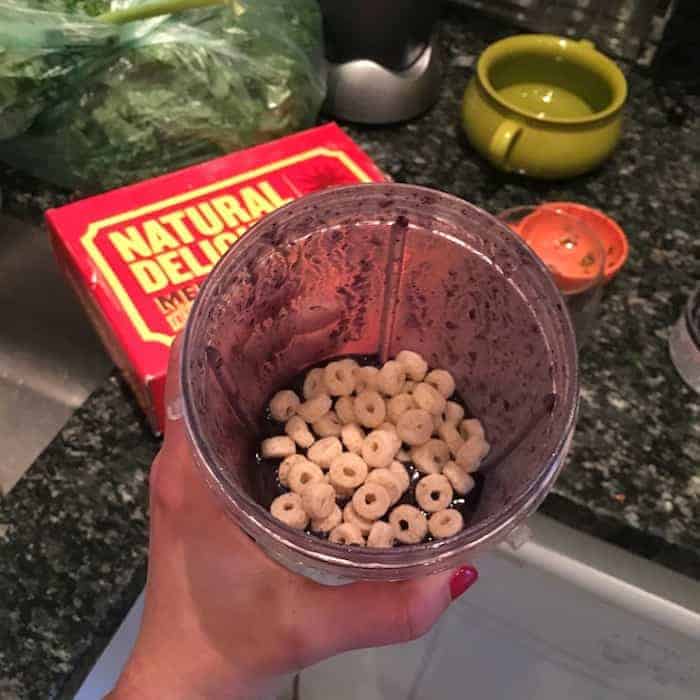 ...and some wasabi peas also happened in an effort to clear my sinuses. It was delicious and unsuccessful. 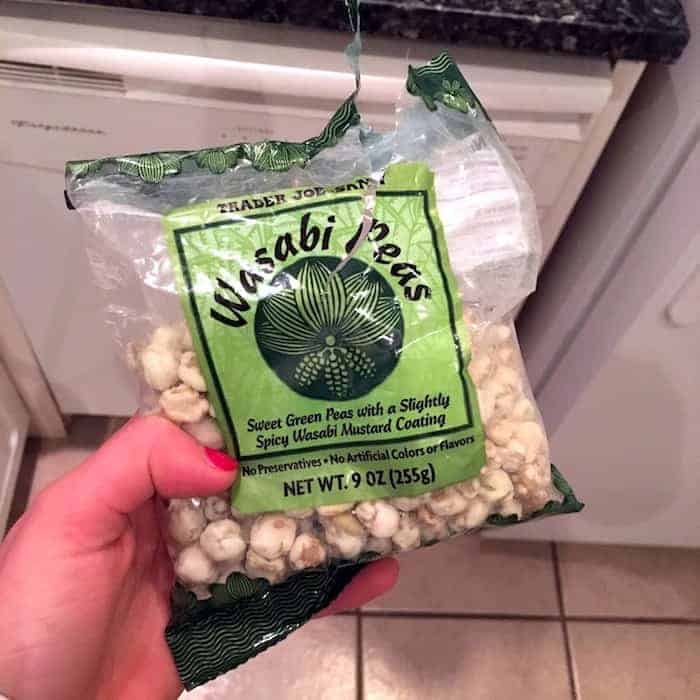 I also had a couple bowls of this fantabulous local and organic puffed corn with almond milk. 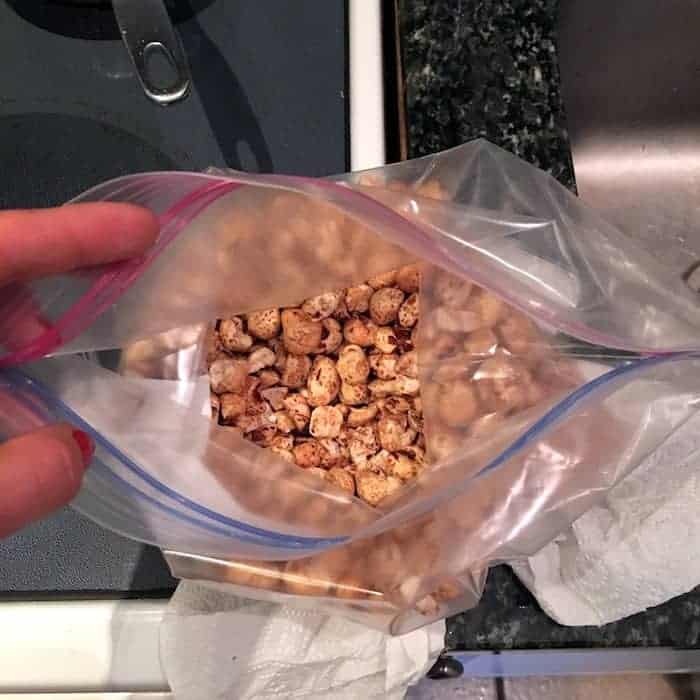 It's made with honey and coconut oil and is beyond addicting. It was a snackity day! 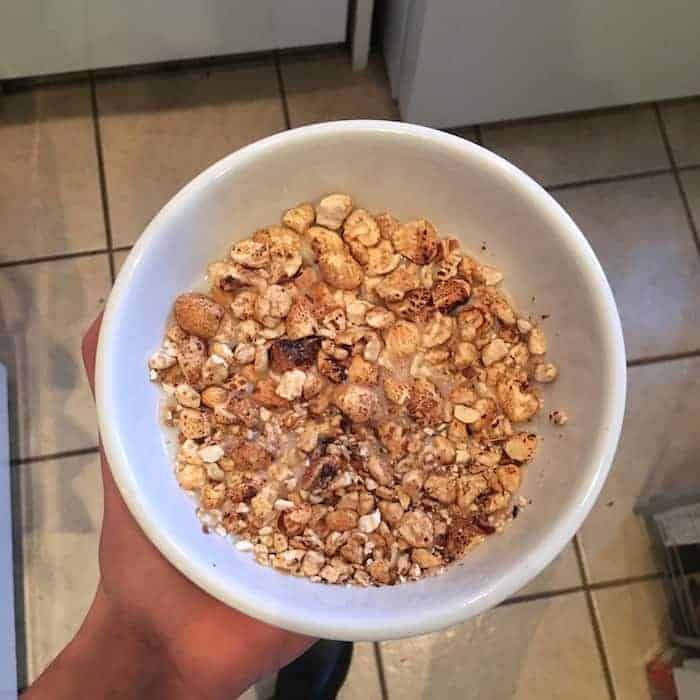 We picked up Romeo's veggie pizza for dinner and ate it alongside vegan kale caesar salad with peppers and carrots. I used this dressing as a guide but eyeballed everything, doubled the water, used jarred minced garlic, and added more salt and pepper. The result? AHH-MAZING. 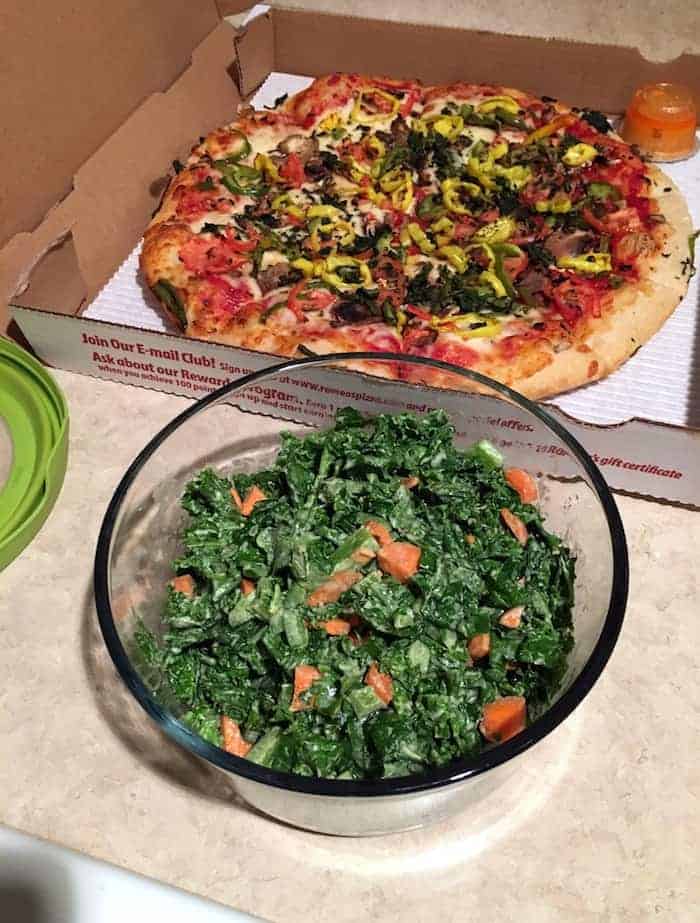 It was my first time trying Romeo's and I thought it was delish! I ordered a fourth of the large with no cheese and didn't miss it one bit to be honest. The sauce was sweet and the crust was doughy. Adding a sprinkle of this cashew parm didn't hurt, either.