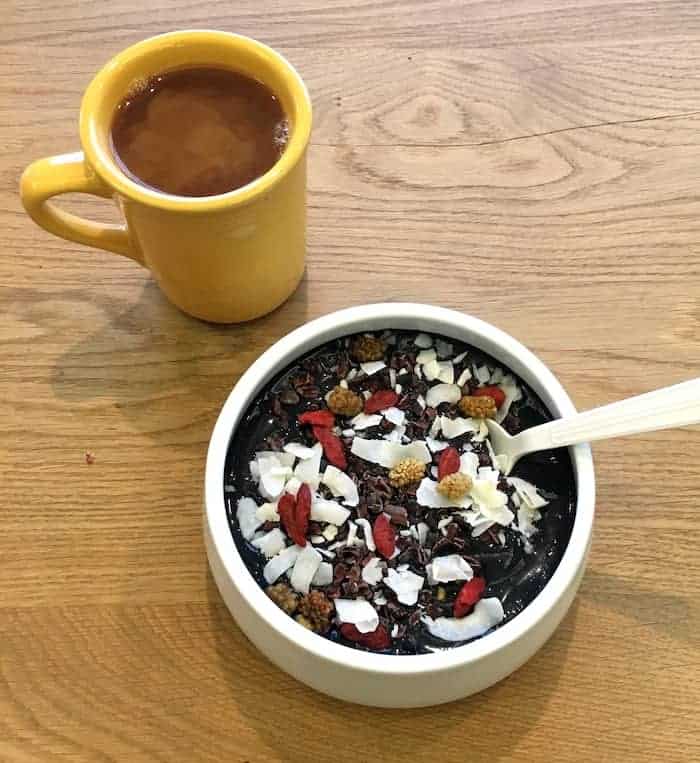 It started with two nutrition counseling appointments followed by a lengthy trip to the store for Alchemy odds and ends and then recipe development galore. Before my first appointment, I had a delish breakfast consisting of the usual hugh jass smoothie bowl. Inside was frozen blueberries, cacao, hemp seeds, spirulina, vanilla, almond milk, and Vega Protein + Greens and on top was coconut, goji berries, cacao nibs, and mulberries. Ohhhh the perks of running a cafe with every superfood known to man!!

Coffee with almond milk always happens but never gets photographed. 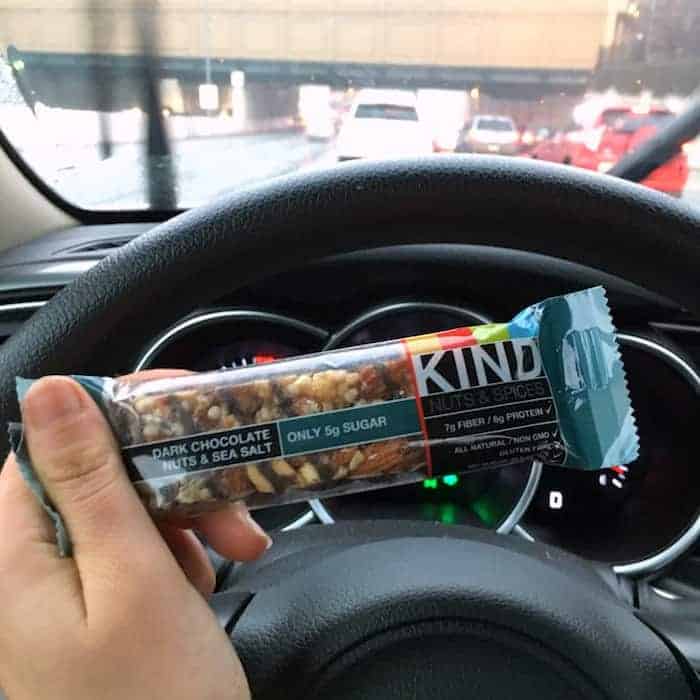 I snacked on my favorite dark chocolate nuts and sea salt KIND bar on my way back from picking up our peanut butter from Krema. 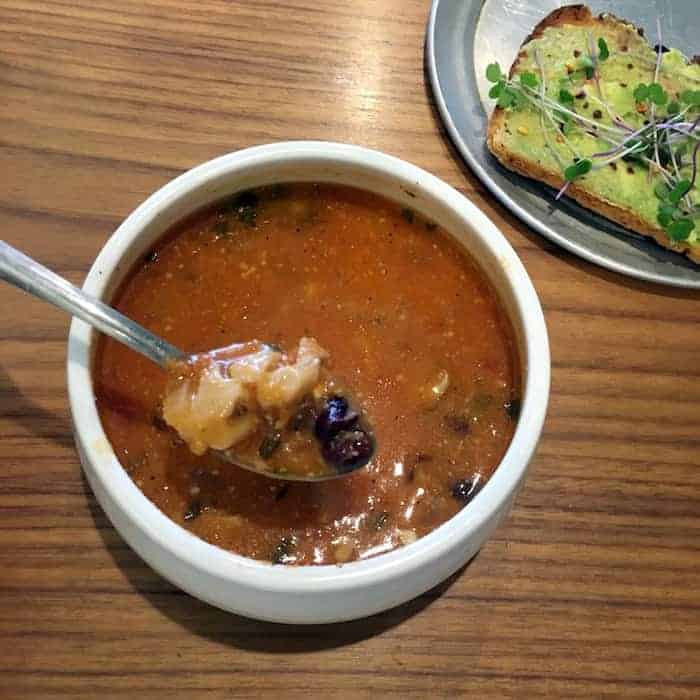 Lunch was our soup of the day, which was one of my favorites so far! Our lovely prep manager made a tomato soup with lots of garlic, black beans, and local mushrooms. I had a piece of avocado toast on the side. It was a heavenly combo! 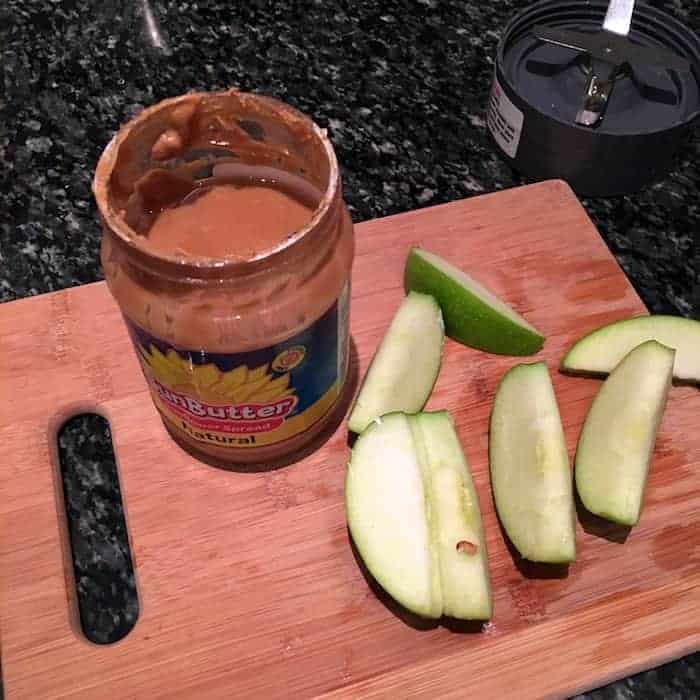 I was so hungry after Barre3 that I ate cucumber and Oasis roasted garlic hummus with hot sauce on the way home. While driving. Hangryness makes me do dangerous things. Why does it get dark at 5pm?! 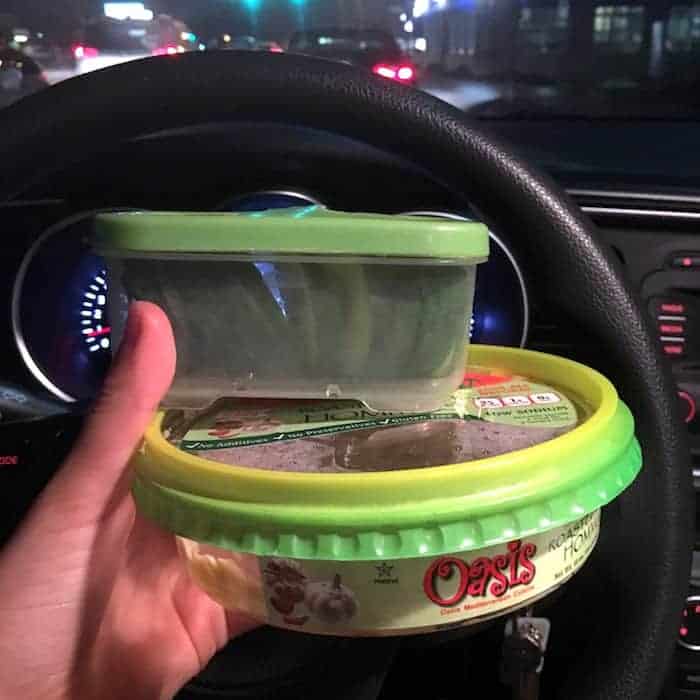 Dinner has been mushroom tofu chili stuffed in a baked sweet potato and it's my favorite thing ever. I'm totally baking a bunch of sweet potatoes every Sunday and stuffing them with everything know to man from here on out. Eggs. Beans. Salsa. Avocado. Almond butter. Cinnamon. It's all amazing!! 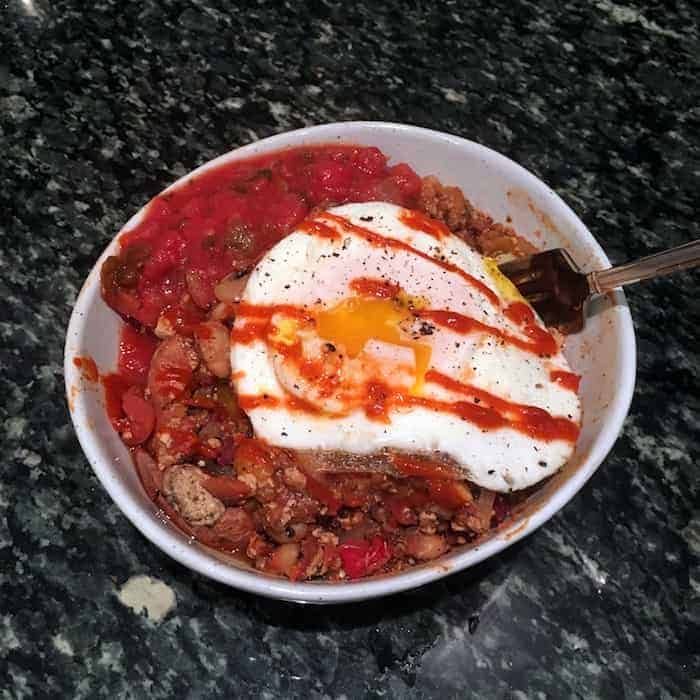 I was craving another smoothie before bed so I whipped one up with frozen berries, banana, peanut butter, almond milk and Vega topped with Love Grown Power O's and cacao nibs. 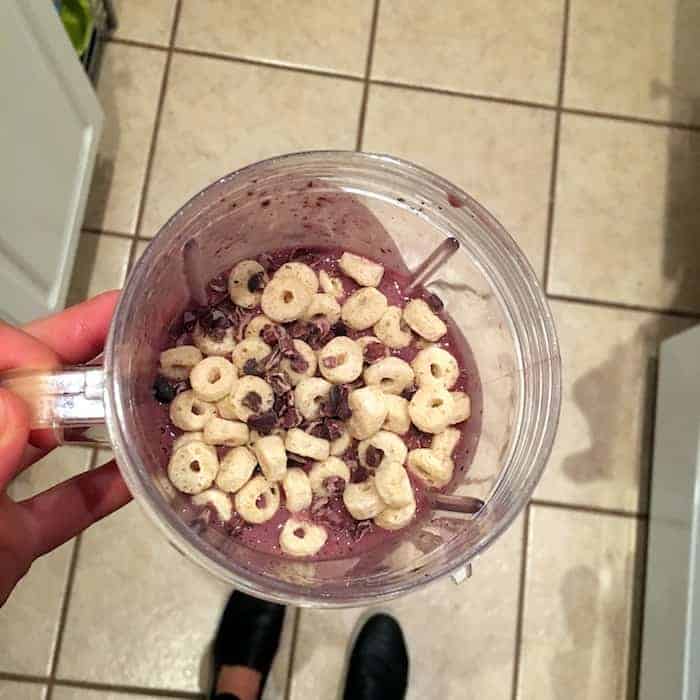 I could seriously eat a smoothie with every meal. And sometimes I do.