Hi hi hellooo from the very large apple! I’m currently eating my way through New York City and it’s just as dreamy as it sounds. 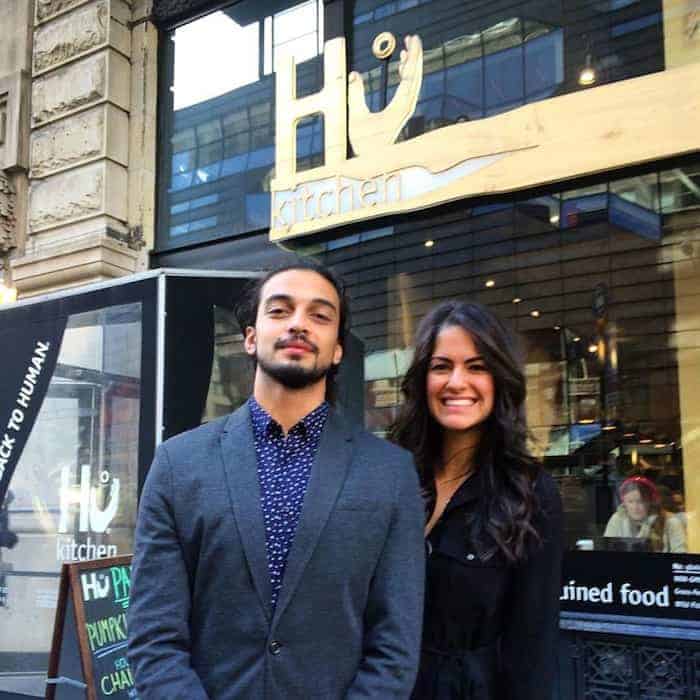 I’m here with my two fellow Alchemist superstars, Abed and Zack, to get inspiration for Alchemy as well as some other potential health food concepts that we have swirling around our brains. As you very well know, this city is buzzing with an incredibly energizing and inspiring food scene. It feels pretty amazing to escape Columbus and be a part of it all for a couple days! 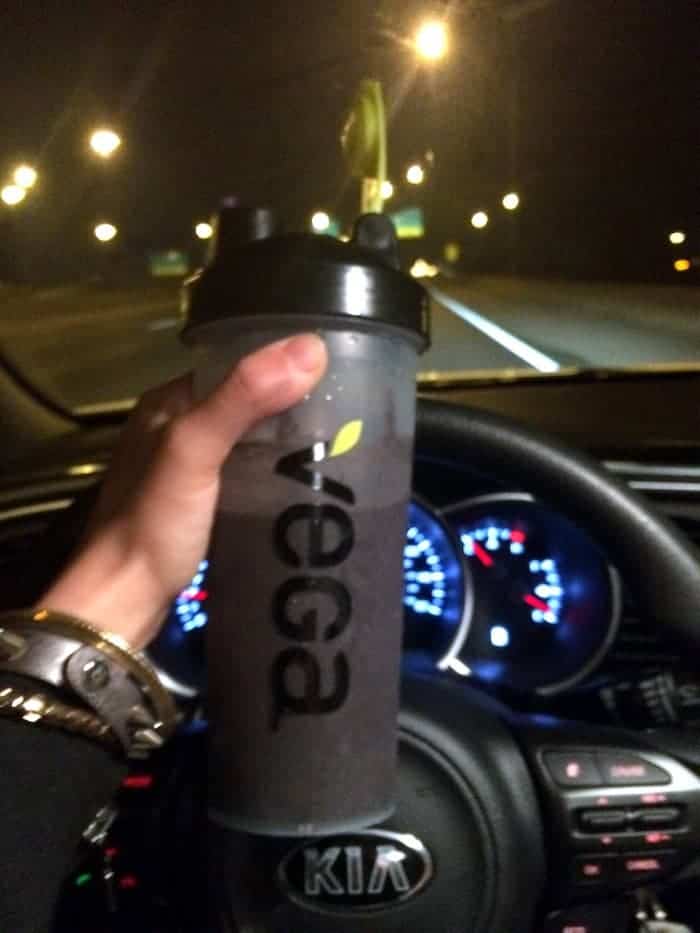 I drank my usual smoothie (a cup of frozen wild blueberries, a cup of frozen spinach, a tablespoon of raw cacao, half a scoop of Vega protein, and lots of almond milk) before heading to the airport at 5am. Excuse the blurry picture. 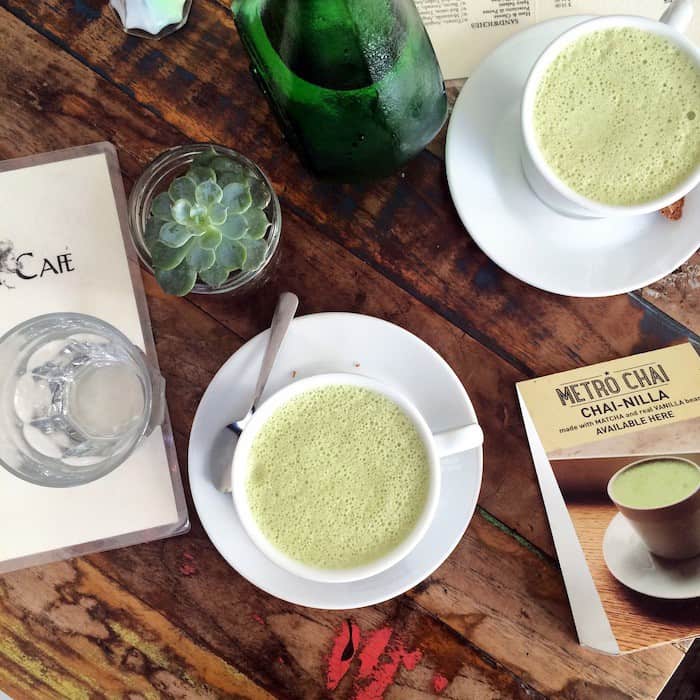 After a bunch of hustling and bustling, we made ourselves comfortable in a little spot called Marm Café. Abed and I both enjoyed an almond milk matcha green tea latte. 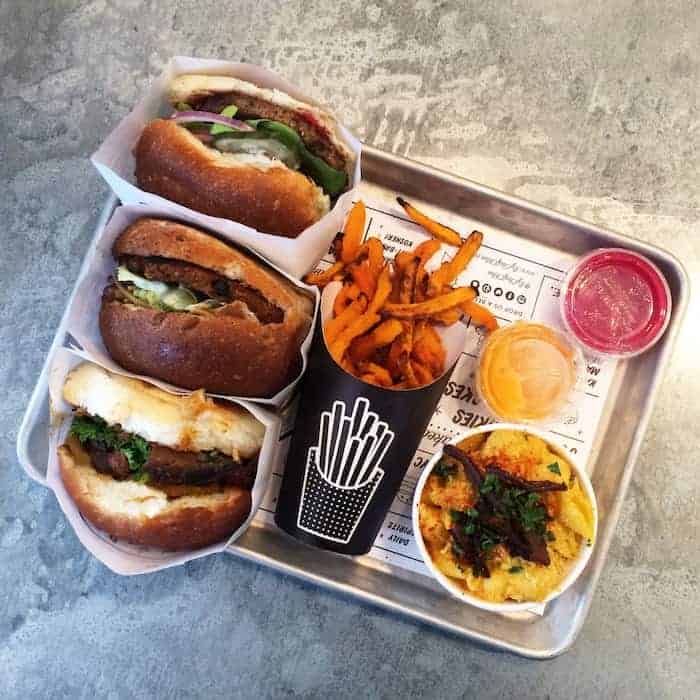 Then we headed to the much anticipated vegan café By Chloe. From the foodgasmical baked sweet potato fries with beetroot ketchup to the best damn vegan chocolate chip cookie I’ve ever laid mouth on, it truly was everything we hoped for and more.

I ordered the guac burger (black bean sweet potato quinoa patty, corn salsa, guac, tortilla strips, chipotle aioli, whole grain bun) and then we all shared the air-baked sweet potato fries and mac and cheese (sweet potato-cashew cheese sauce, shitake bacon, almond parm). Everything was so visually spot on and undoubtedly delish, whether you’re vegan or not. We obviously had to follow it up with something sweet, so we got the home-style chocolate chip cookie, raspberry coffee cake, and iced coffees all around. Ah-maaazing. I’m already dying to go back and try all the salads and perhaps the quinoa hashbrowns. 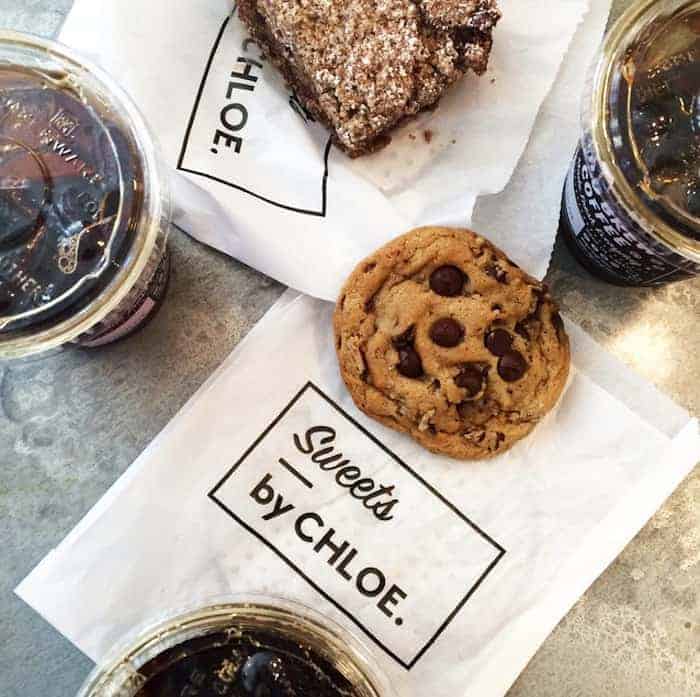 Meeting Chloe while standing in line to buy a cookie didn’t hurt, either. What an inspiration!

We spent the day exploring the city and popping in and out of a bunch of juice bars and health food spots including Juice Generation, Fresh & Co., Juice Press, Matcha Bar, and Liquiteria. Then we headed to Chelsea Market (a million fabulous food spots smushed into one) to explore the scene and check out a vegan sushi spot called Beyond Sushi. 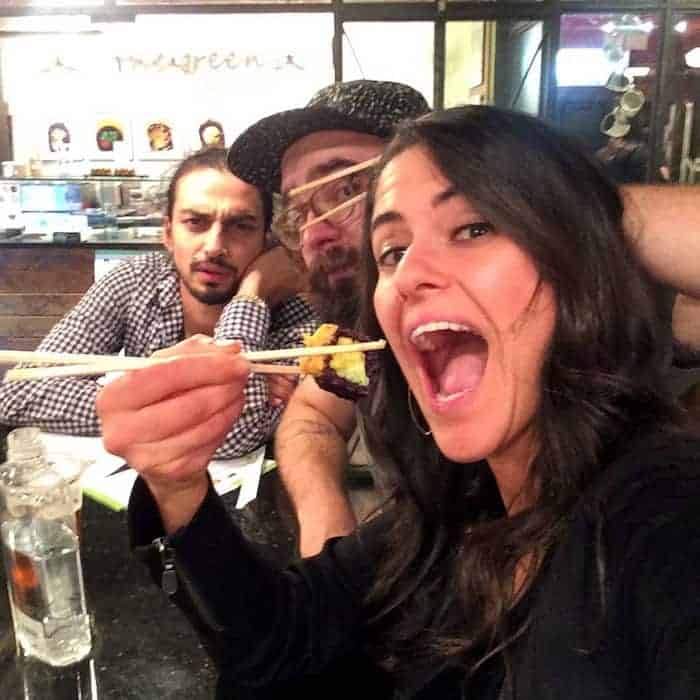 I tried a piece of a couple different rolls. It was definitely beautiful sushi, but I wasn’t head over heels in love with the flavors of the rolls themselves. 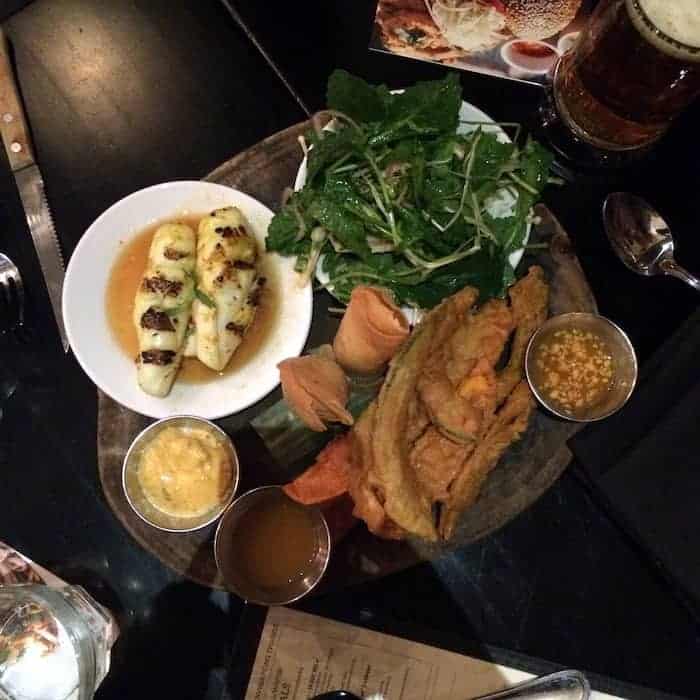 After checking out a flea market (and maybe getting a bracelet and a key chain engraved with Alchemy and Hummusapien…maybe….) we walked around Union Square for a bit. We decided on a trendy Thai restaurant called Ngam for dinner and it was nothing short of fantastic. Colorful, innovative, refined, sophisticated yet approachable, and absolutely delicious. First we shared a starter plate of kale and mushroom salad, shiitake mushroom spring rolls, and grilled calamari. The salad had a really unique lime vinaigrette that I could have licked off the plate. Then we got our drink on with a divine lychee and pear sangria. 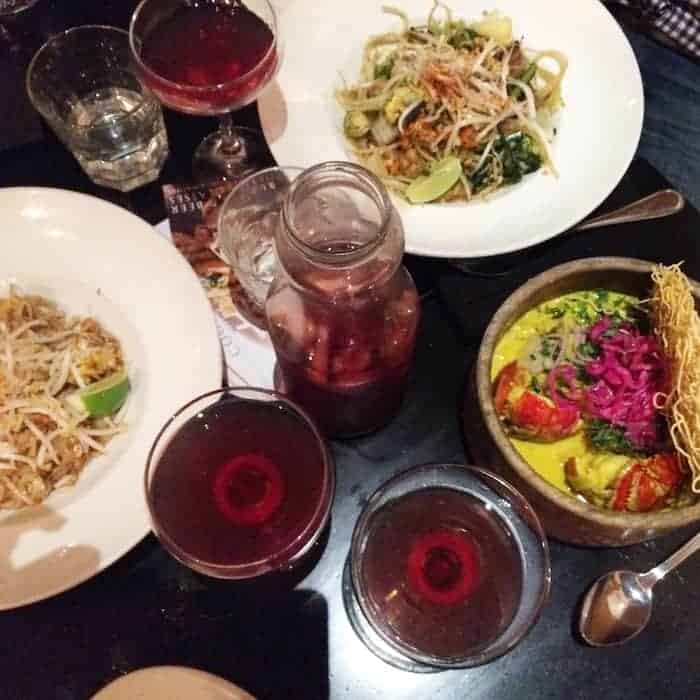 For my entrée, I ordered the papaya pad thai (green papaya “noodles”, Ngam’s special pad Thai sauce, eggs, veggies, peanuts, chives, and tofu). I loved the crispness of the papaya and how it didn’t get soggy like zucchini noodles. Dessert was a few bites of a chocolate coconut poached pear. Overall, it was one of the best meals I’ve had in a long, long time. I would recommend it to anyone in a heart beat. 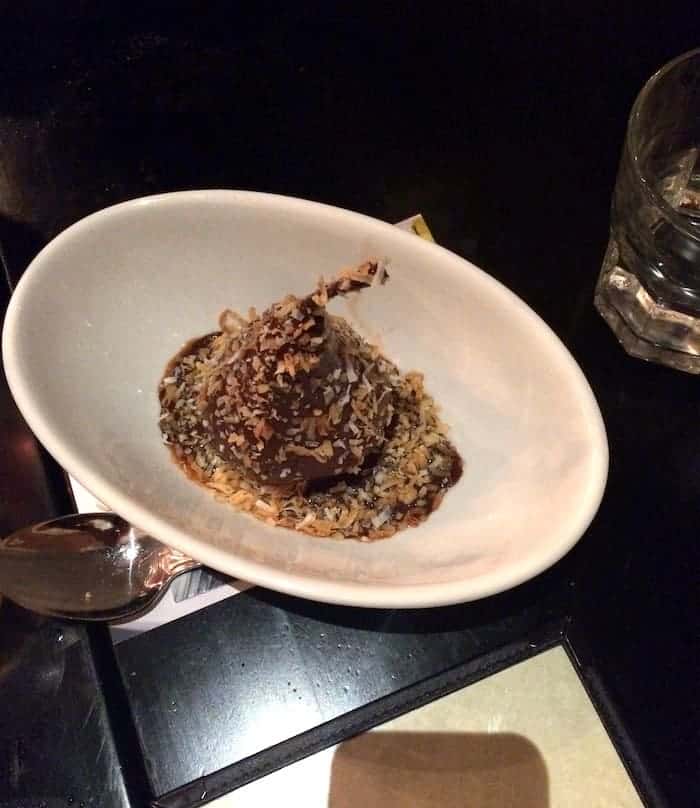 Alchemy has a LOT to learn. There is a LOT of competition out there. Everyone wants a piece of the vegan-gluten-free-organic cookie. To say that seeing all of these well-established healthy cafes with multiple locations is overwhelming would be a vast understatement. We're still small and so young, but we have so much potential. I can barely contain my excitement for the future of Alchemy and the overall direction of Columbus' health food scene. 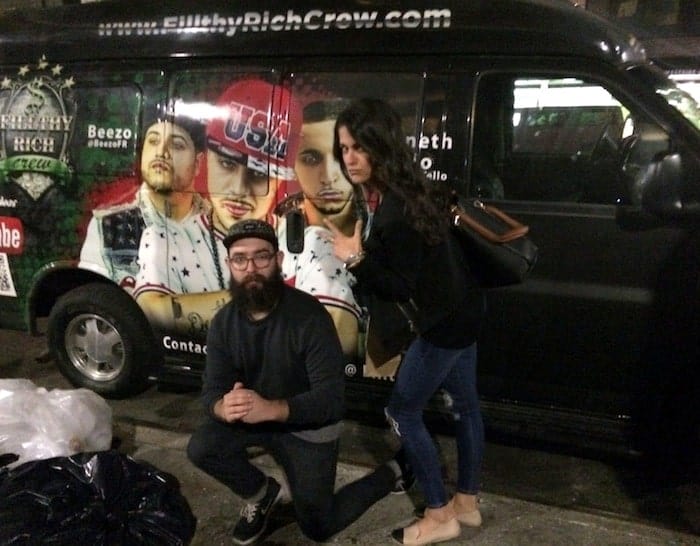 Today we’re off to explore Hu Kitchen, The Butcher’s Daughter, The Little Beet, and Digg In. Be sure to follow along on Instagram! PEACE LOVE AND ALCHEMY.