Time for another round of let's-all-salivate-in-unison-over-all-the-dreamy-eats. 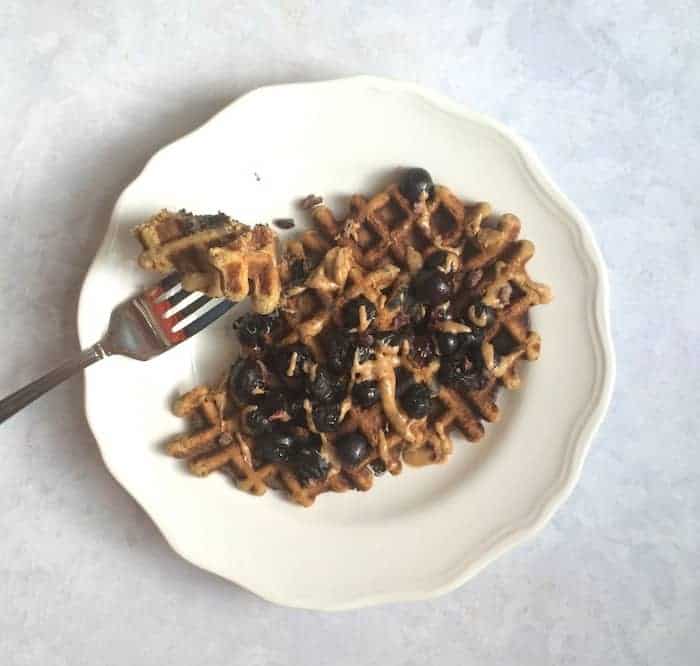 I was working on behind-the-scenes stuff for Alchemy today so I took advantage of enjoying breakfast at home. The lovely ladies of Double Dose Bakery sent me their new grain-free blueberry waffles to try so I woke up pretty darn excited to faceplant into the box. The waffles are made primarily with eggs and coconut flour and lightly sweetened with raw honey, so they're lower in carbohydrates than your typical waffle. They're also free of gluten, dairy, soy, refined sugar, and preservatives. Can I get a hallelujah?!

I tossed a couple in the toaster before topping them with more bloobs, drippy almond butter, and cacao nibs. They were absolutely delightful! I was pleasantly surprised that they weren't too eggy or spongey like some paleo waffles can be. I'm excited to eat them again later this week! 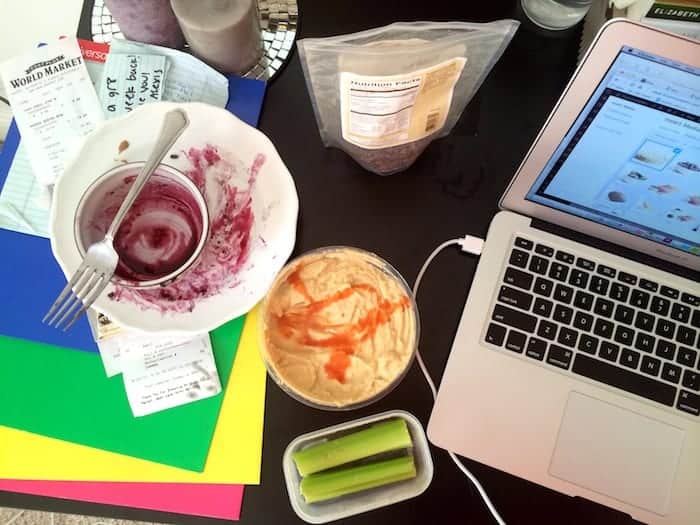 After working on a couple blog projects, I snacked on some celery with roasted garlic hummus plus an unpictured brown rice cake that I ate standing over the fridge. I think I eat 98% of my meals standing up.

Before presenting a nutrition seminar on healthy eating for busy professionals, I slurped down a half caff iced coffee with soy milk. Once again, I forgot to take a picture.

You'd think at this point I wouldn't forget. My sincerest apologies. 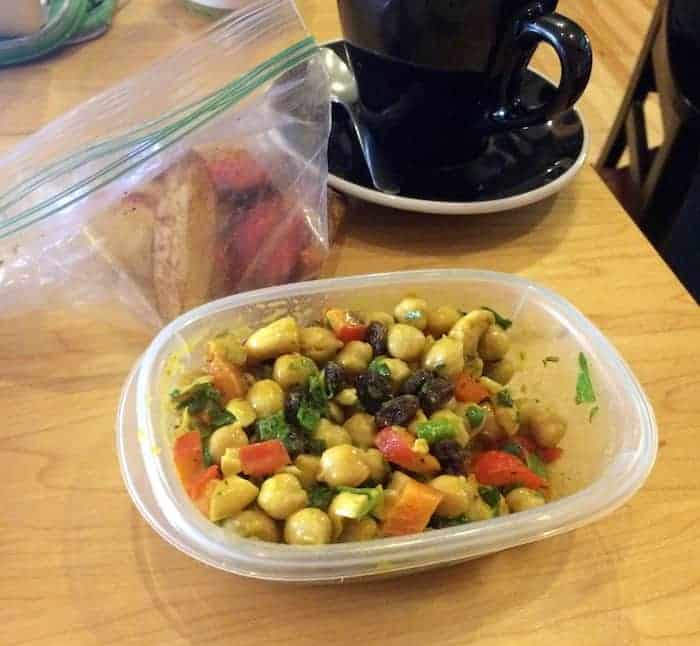 I made a batch of Curried Chickpea Salad in the morning so lunch was a breeze. I also had a sliced Gala apple with cinnamon... 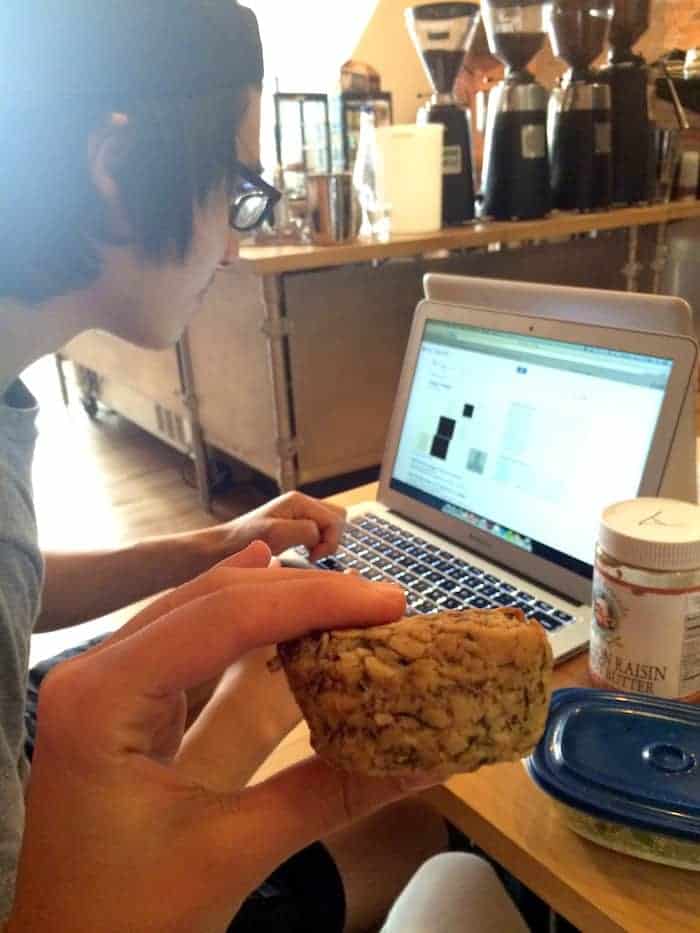 ….and a Zucchini Banana Baked Oatmeal Cup slathered with Wild Friend's cinnamon raisin peanut butter. Arman thought it was funny that I whipped out my peanut butter at the coffee shop. I am what I am. 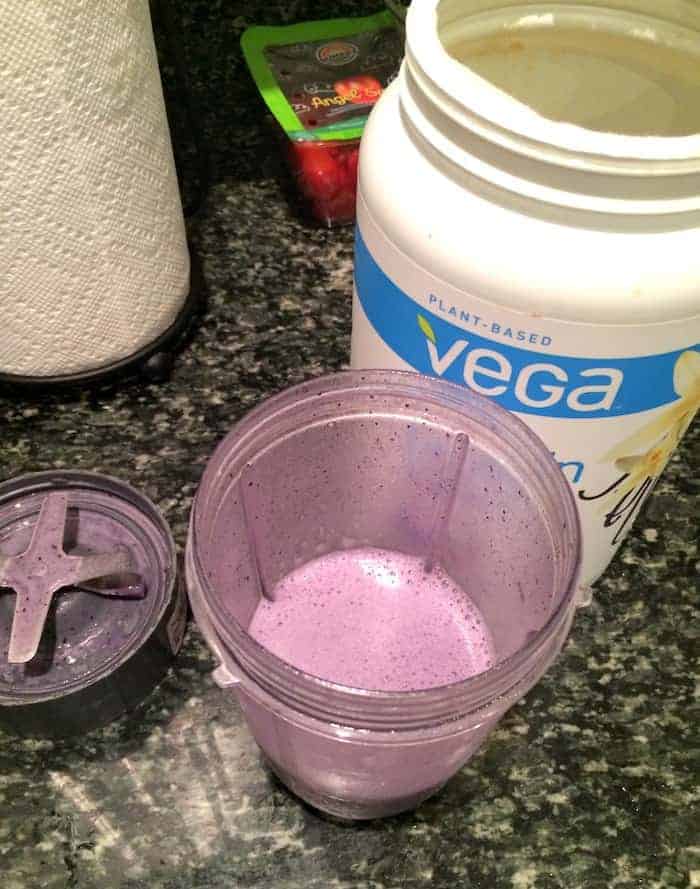 After a very sweaty Body Pump sesh at The Fitness Loft, I gulped down a protein shake made with one scoop Vega Protein + Greens, a cup of water, a handful of ice, and a handful of frozen blueberries all blended up in the Nutribullet. 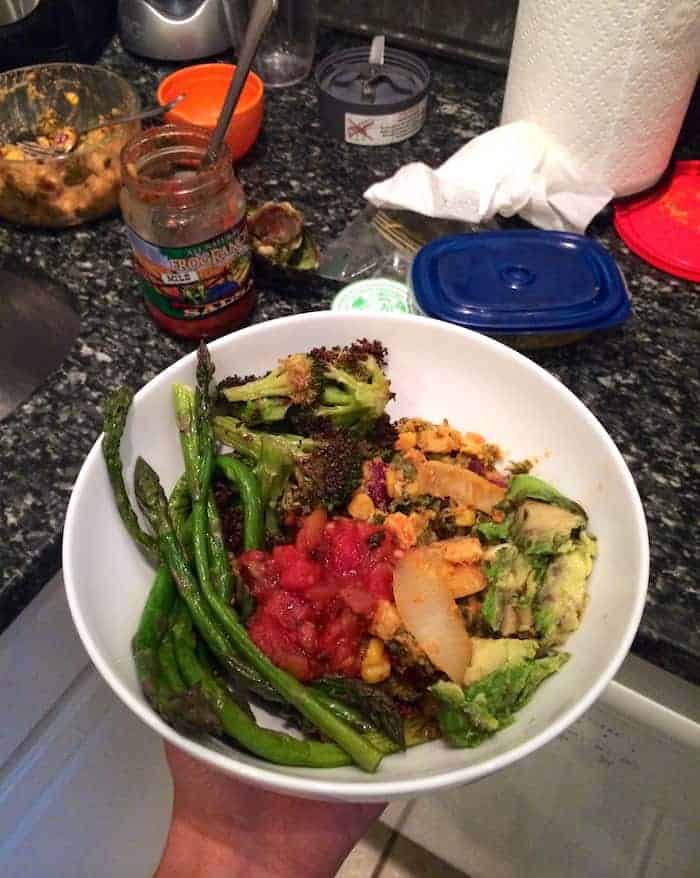 Then I reheated leftovers for dinner, including Tempeh & Kale Enchilada Casserole with avocado, salsa, roasted asparagus, and roasted broccoli. 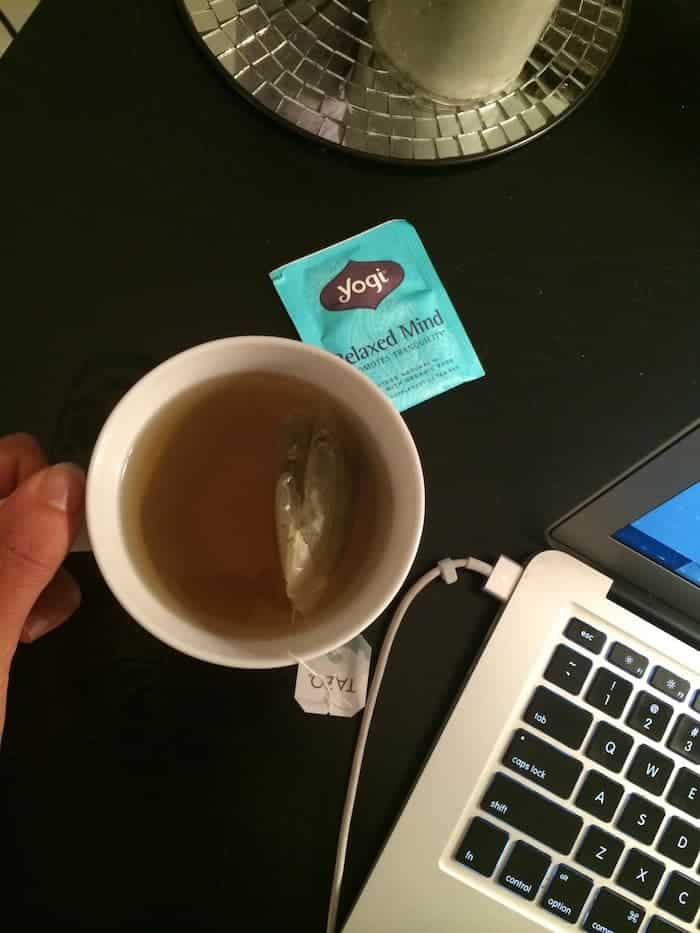 I'm trying to limit the snacking I do after dinner because I tend to eat mindlessly when I blog, which definitely doesn't make my racing mind go to sleep any earlier. I sipped on two big cups of sleepy tea and it actually really helped curb my snack cravings.