Who ate all the green things yesterday? 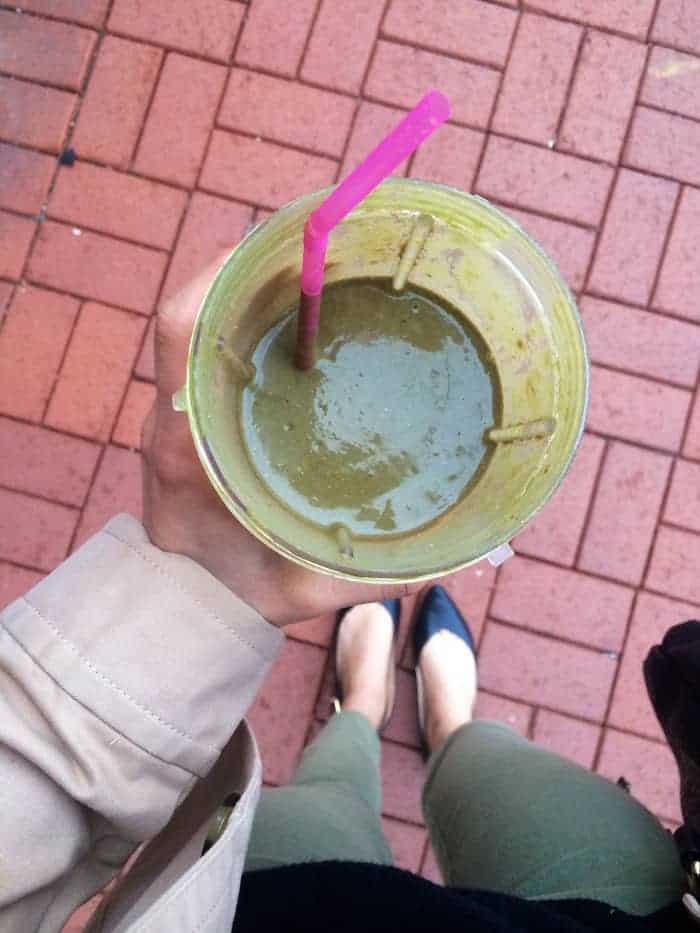 Me! I started the day with a particularly unattractive blend including frozen strawberries, hemp seeds, B-Strong brown rice protein powder, frozen spinach, a date, cacao powder, and almond milk. I've really been digging frozen organic spinach in my smoothies lately. It's cheaper than fresh and it lasts forever!

I've been blending the almond milk and spinach first and then adding everything else. You'll probably have to use more liquid than usual. Works like a charm! 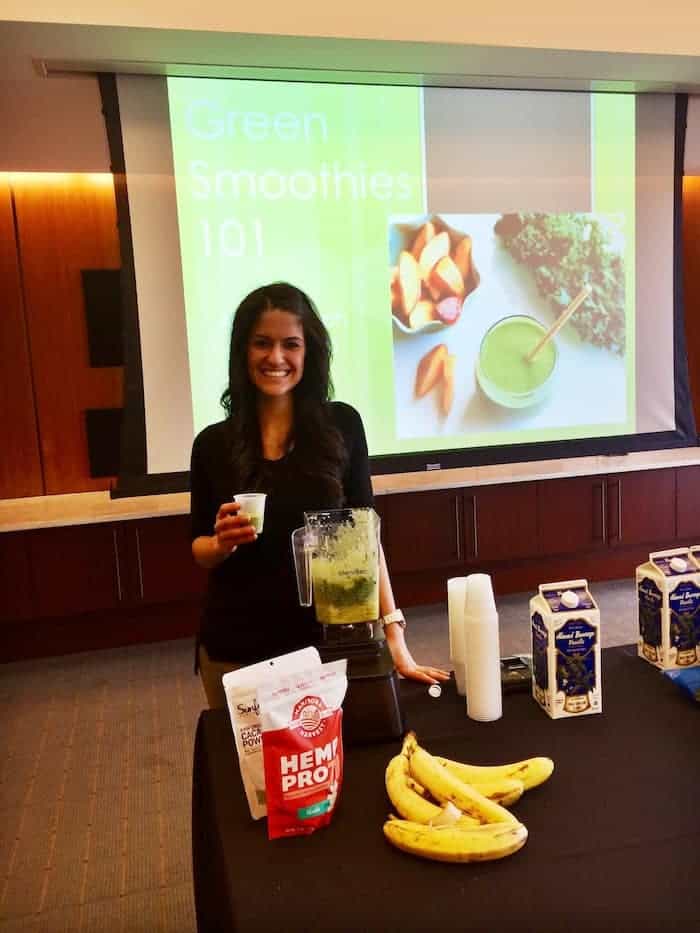 I taught a Green Smoothie 101 class around lunchtime at a law firm downtown and it was fabulous! I love that they wanted to showcase green smoothies for St. Patty's rather than green cake. Hallelujah. 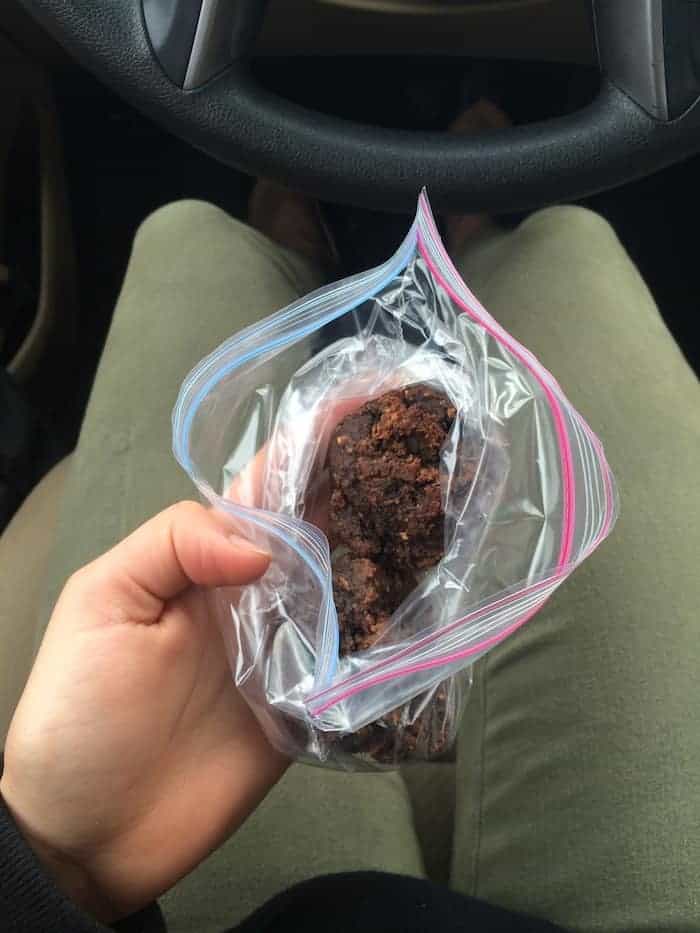 I snacked on a couple of my favorite vegan chocolate banana muffins right after so I didn't eat my arm off. I subbed in some protein powder for the oat flour, added a little extra banana, and ditched the oil. This recipe is so forgiving! 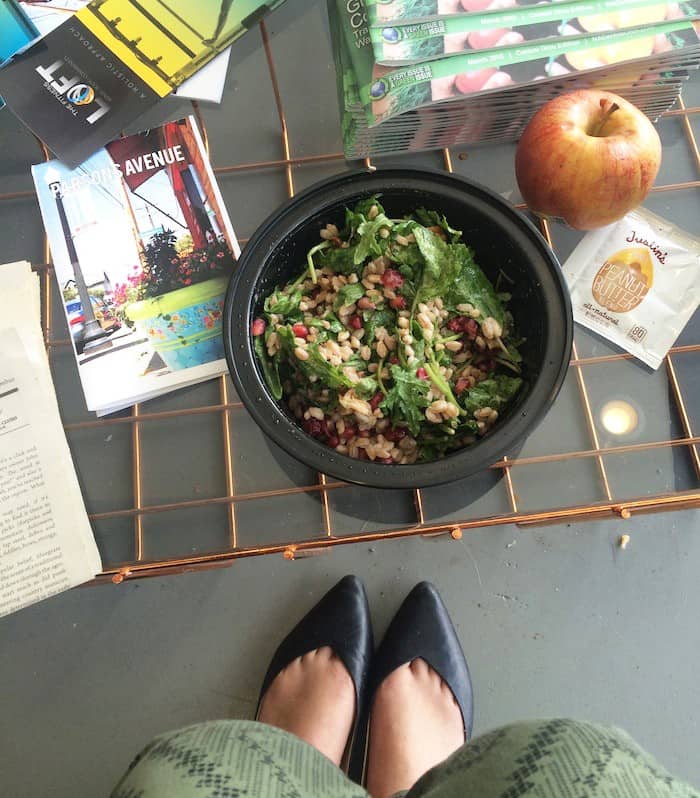 Lunch was my farro, pomegranate, and arugula salad...so dreamy. I got a bag of baby kale at Trader Joe's and dumped that whole thing in instead of using arugula.  I also may have cheated and bought prepared pomegranate seeds because....#laziness. Obsessed! On the side I had an organic gala apple and some peanut butter. 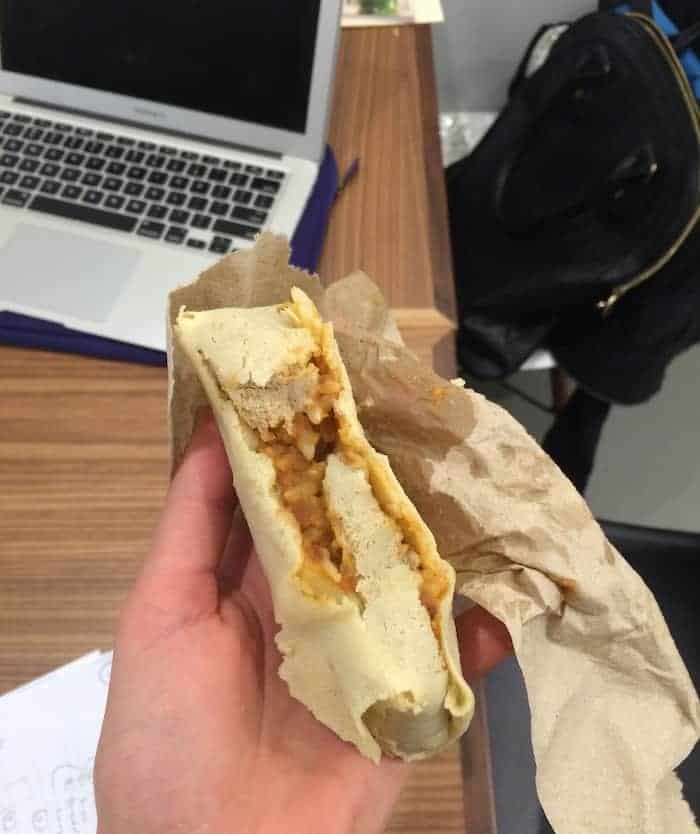 Dinner was a very sad-looking Amy's burrito. I had to stay late at Alchemy so when I found this in the freezer I declared it dinner! I also had a cup of our lentil soup. 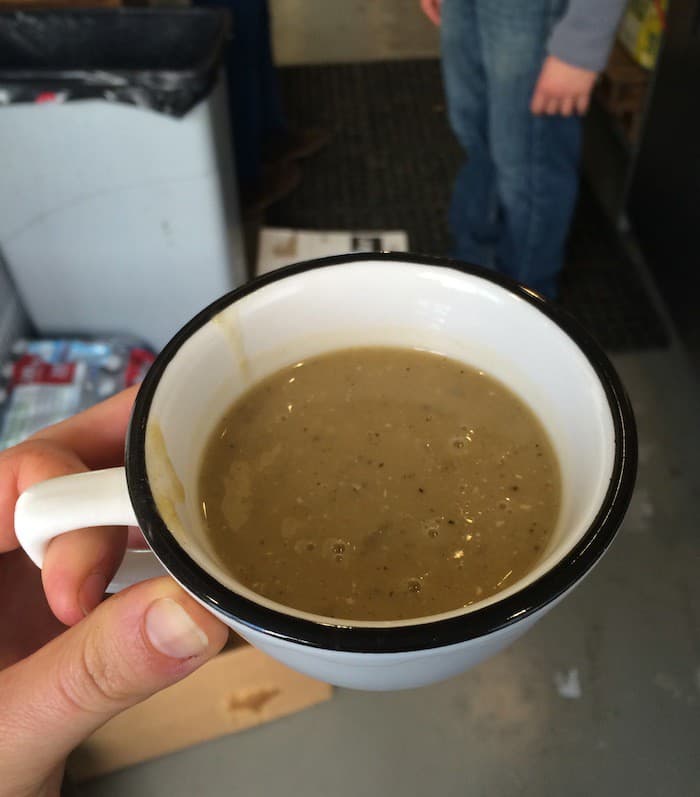 When I got home, I ate some Wasa crackers with basil hummus, an unpictured hard-boiled egg, and a few handfuls of granola. 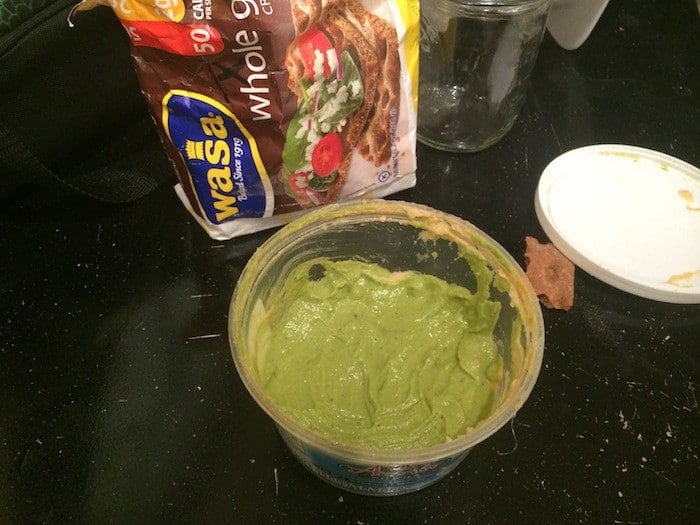 Now for some excited news besides what I stuffed in my pie-hole!

Have all you Columbus folks picked up the new Spring issue of Edible Columbus magazine? Flip to page 48! I'm featured as the Edible Entrepreneur and I couldn't be more excited! For all you lovelies not in Columbus, simply click the link and you can read the magazine online! 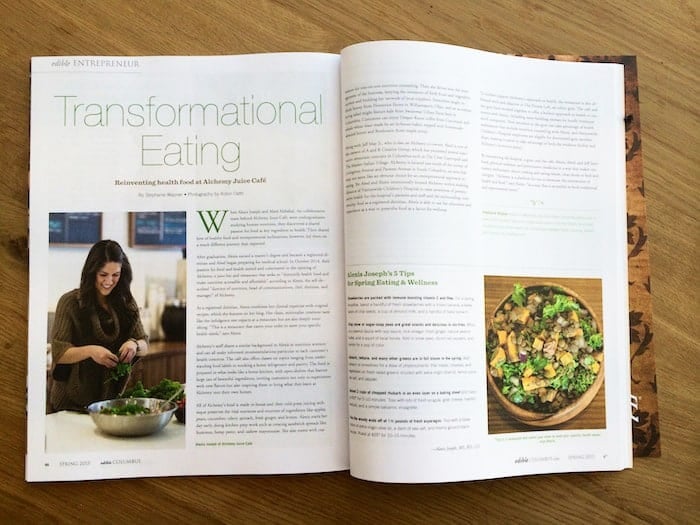