Friends. How are you. Sometimes I don't like using question marks. 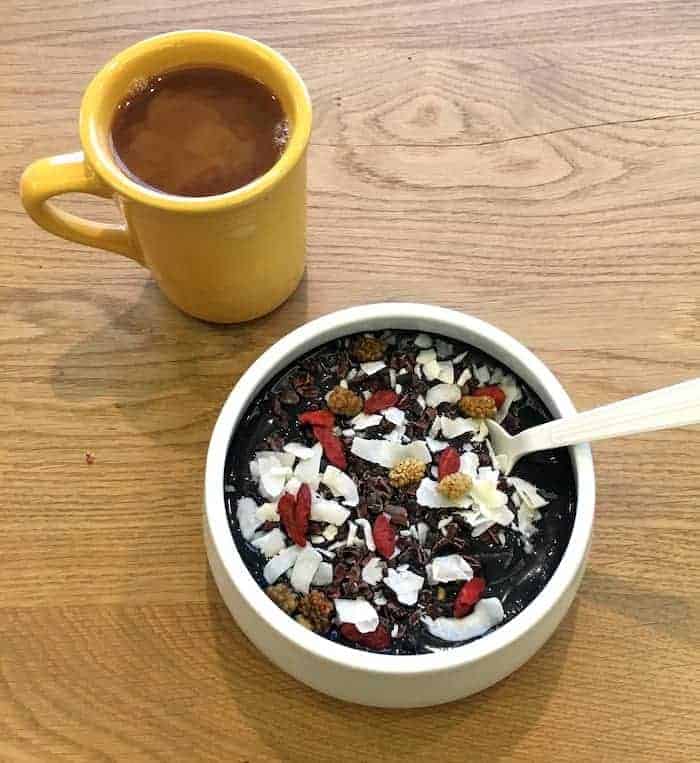 Someone needs a manicure!

HA! Who has time for fingernails?!

I was starving my booty off after a sweaty Barre3 sesh so I couldn't wait to dive in to an ice-cold smoothie for breakfast. It has been ridiculously hot here in OH-IO. Today's blend was frozen blueberries, frozen strawberries, frozen spinach, Vega protein, hemp seeds, cacao, and almond milk. 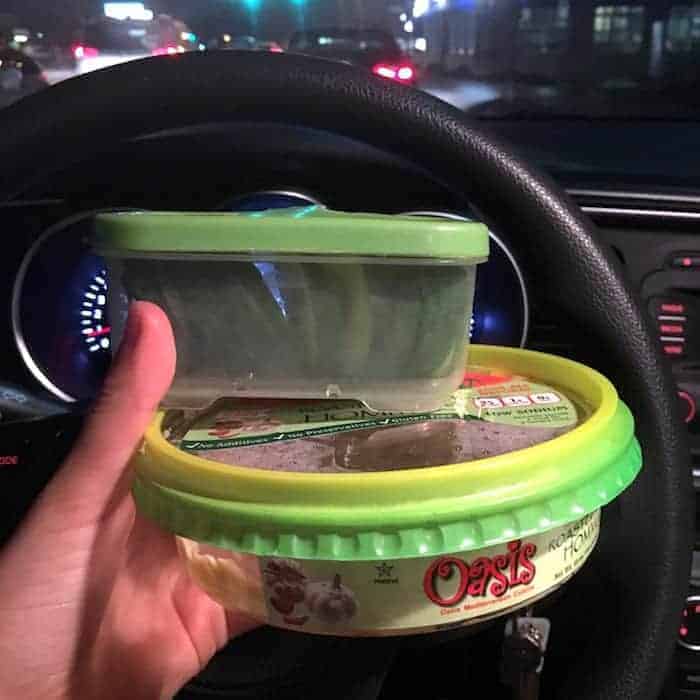 Then I snacked on a brown rice cake with thai coconut curry hummus. When is curry a bad idea? Ummm never. 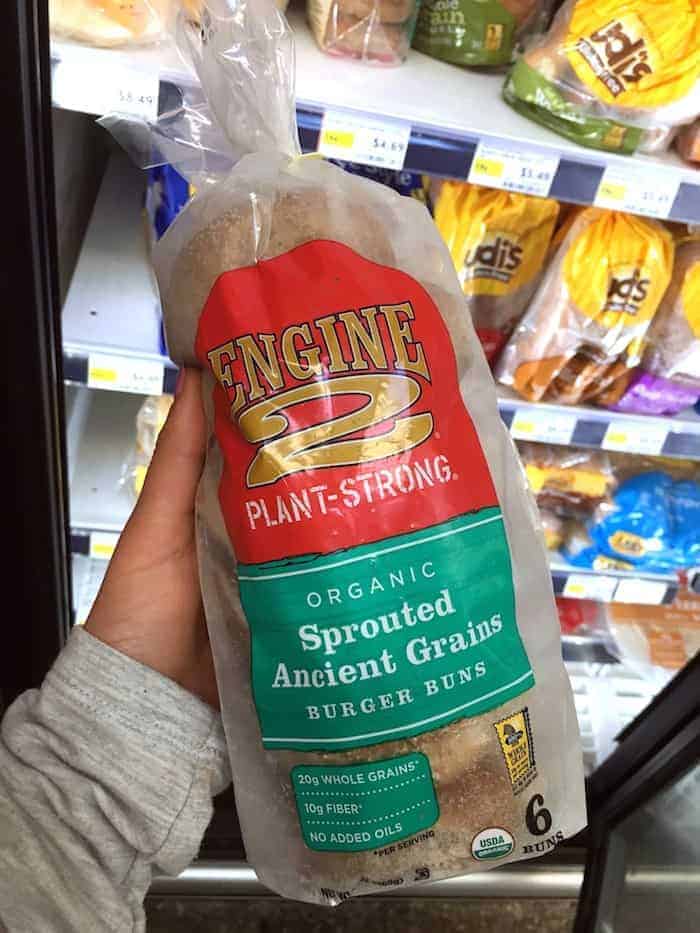 Before I left for an afternoon Alchemy pit stop I had a sliced gala apple with cinnamon and the best damn nut butter in the land, also known as Wild Friends cinnamon raisin peanut butter.

I have a serious obsession with brown rice cakes. I don't even buy crackers anymore! They're amazing with hummus and equally as good with mashed avocado or nut butter. 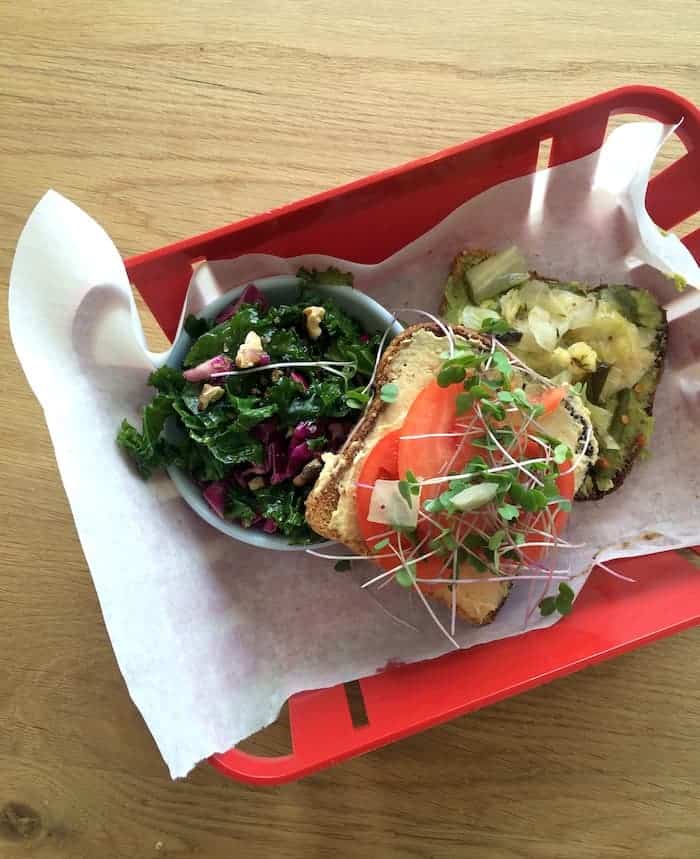 Lunch was my new sandwich obsession: two pieces of toasted Ezekiel bread with hummus, pesto, micro kale, local Krazy Kraut sauerkraut, tomato, avocado, and red pepper flakes. We make all the spreads at Alchemy so it's super fresh and tangy and perfect. I had some kale and cabbage salad on the side. 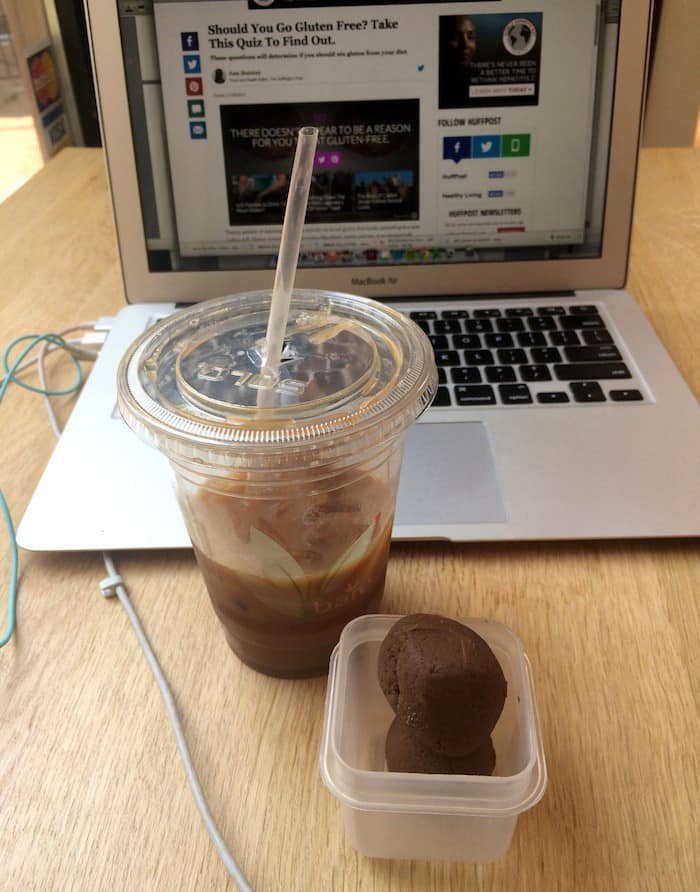 Afternoon snackage involved a decaf iced coffee with a splash of soy milk plus two mint chocolate coconut flour bites, which are a spin-off of my lemon coconut bites. I'm addicted. Recipe to come!

Who read the Huff Post article where I ranted about gluten?! I also gave some words of wisdom to a SELF Magazine article this week titled "The One Thing Nutritionists Wish You'd Stop Doing" in case you're so inclined to read. 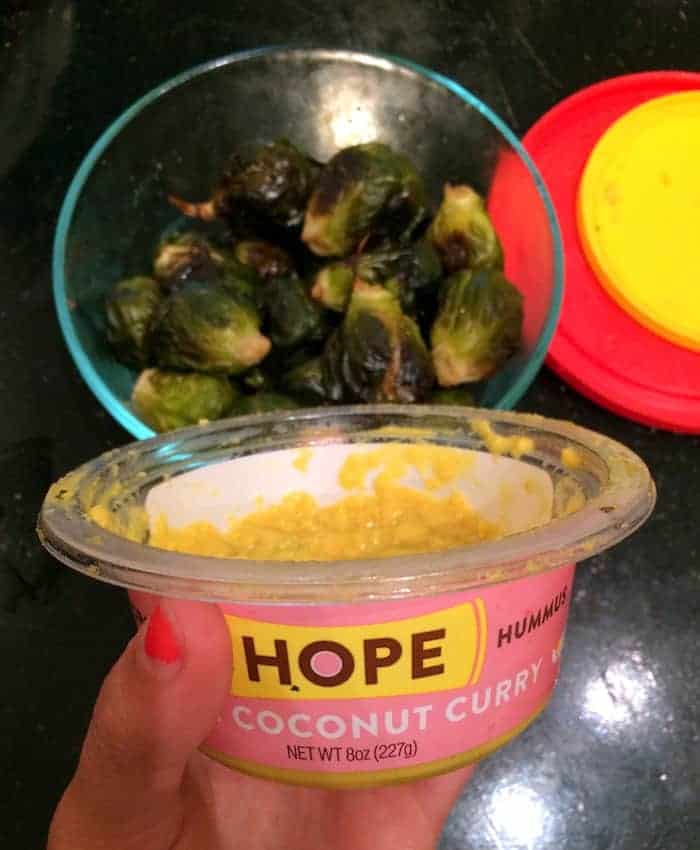 When I got home I noshed on some whole roasted brussels sprouts right outta the fridge with MORE hummus.

Clearly I don't like hummus and I don't dip all the foods in it.

Dinner was baked tempeh, veggie kebabs, and some sliced polenta. I got the tube kind and just cooked the slices on the stove for a few minutes per side in olive oil. I've been going for easier, simpler meals lately and I'm kind of loving it. 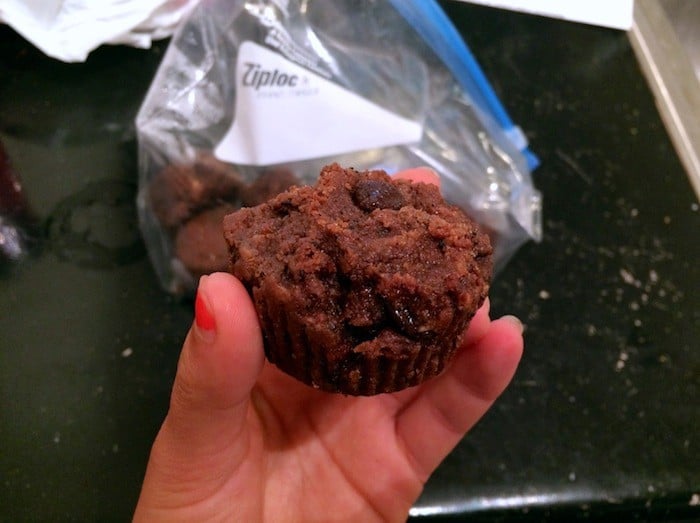 After dinner I had a few bites of dark chocolate and a mocha chip muffin. Recipe to come tomorrow!

I don't want to make a big thing about it, but I decided I'm going back to being vegan for the month of August. I've noticed that I'm eating more plant-based than ever before anyways (with only the occasional egg here and there or ice cream as a treat), so it won't be much of a change at all. You've probably noticed my weekly eats are all primarily plant-based anyway. I haven't eliminated anything on purpose; I just enjoy it and feel my best when eating this way, to be honest!

See tomorrow for some muffin goodness!