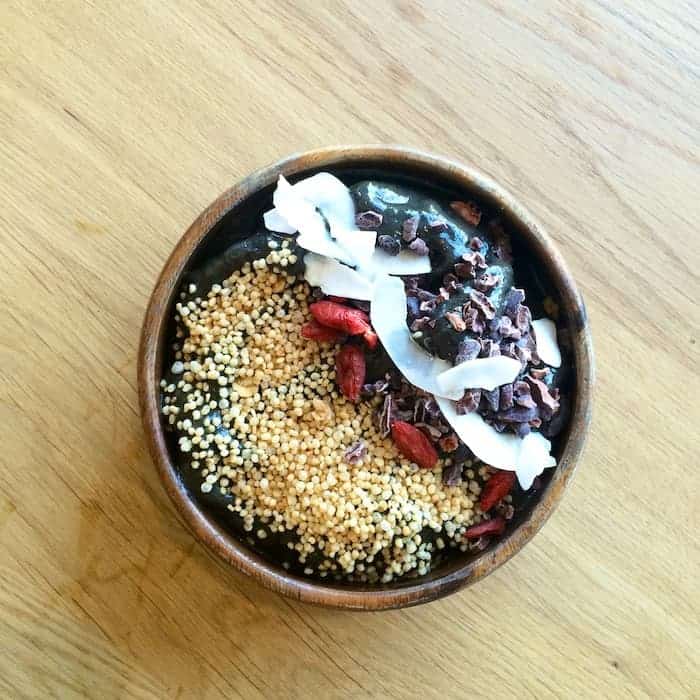 Who enjoyed last week's What I Ate Wednesday where I told you what I was doing, where I was doing it, and who I was doing it with for every single solitary second of the day? Was it a little much? Was it not enough? I'm all ears!

This week, lettuce focus solely on the food. Because expanding upon what goes on in this crazy brain of mine isn't always the prettiest!

Breakfast was the smoothie bowl of all smoothie bowls. Insert monkey with his hands on his head emoji here. Like I mentioned last week, I make a few baggies of prepped smoothies on Sunday so I can just grab one before work. Into each baggie goes 1 cup frozen blueberries, 1 cup frozen spinach, 1 scoop brown rice protein powder, and 1 tbsp cacao powder. Lately I've been throwing 1 tsp spirulina in the mix as well.

Before blending, I add enough almond milk to get it to blend (I like it thick), stevia to taste (usually one packet works), and a splash of vanilla extract. I usually top it with about a tablespoon of cacao nibs and a handful of Power O's, but I was at Alchemy so I used cacao nibs, puffed quinoa, goji berries, and coconut. Gotta take advantage of the plethora of superfoods at work! 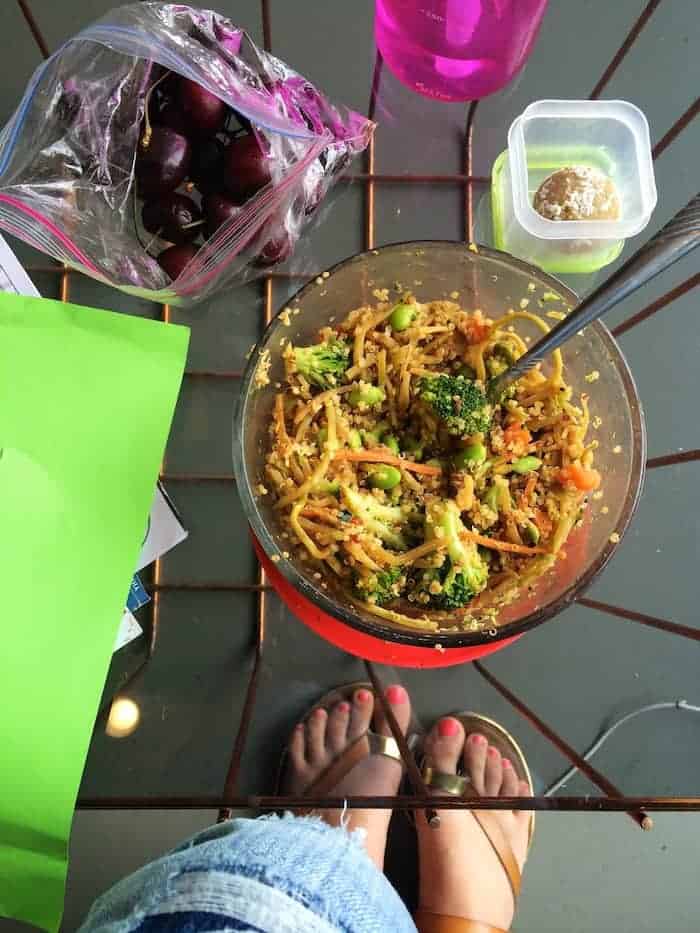 My roommate and I are moving in a few weeks so I'm trying to plow through the ridiculous amount of frozen food I have. On Sunday I sauteed a bag of TJ's broccoli slaw with sesame oil, ginger, garlic, soy sauce, and peanut butter for sides throughout the week so I knew I wanted something with that flavor profile. I ended up putting 1 cup Whole Food's frozen quinoa and veggie blend with ½ cup frozen edamame, a few frozen broccoli florets, a hefty drizzle of soy sauce, and sriracha in a glass Pyrex dish. Then I added some of the peanut broccoli slaw and mixed in all together. I had this for lunch two days in a row and it was amazing.

On the side I had a couple Lemon Coconut No-Bake Bites plus a big bag of cherries. I think cherries are my new favorite fruit. They're especially tasty when they're on sale. 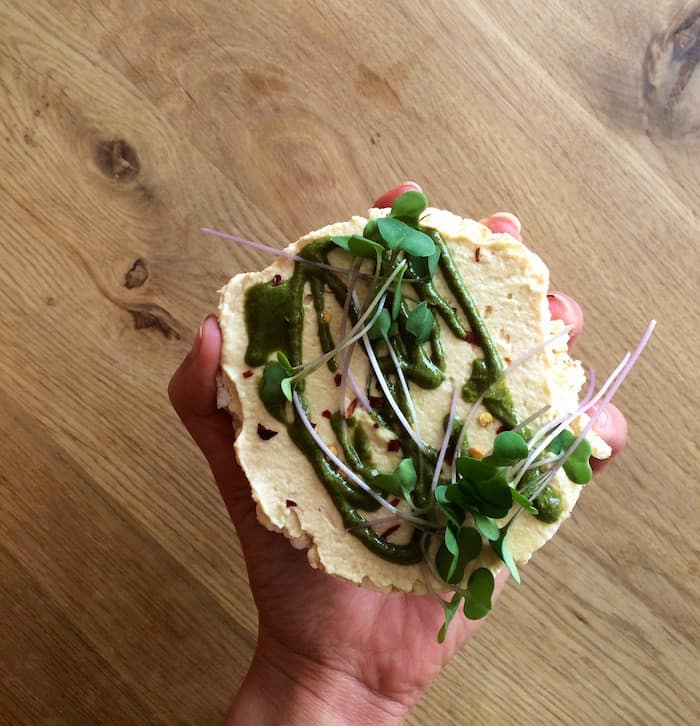 My afternoon snack before flying out of Alchemy was a brown rice cake with hummus, pesto, red pepper flakes and micro kale. There's never not a good time for pesto.

After a super sweaty Barre3 class, I whipped up a quick protein shake with 1 scoop Vega Vanilla Protein + Greens, about a cup of almond milk, cinnamon, and a couple chunks of frozen banana. I like to use this protein post-workout since it has 20 grams of protein per scoop. Helloooo muscle recovery! 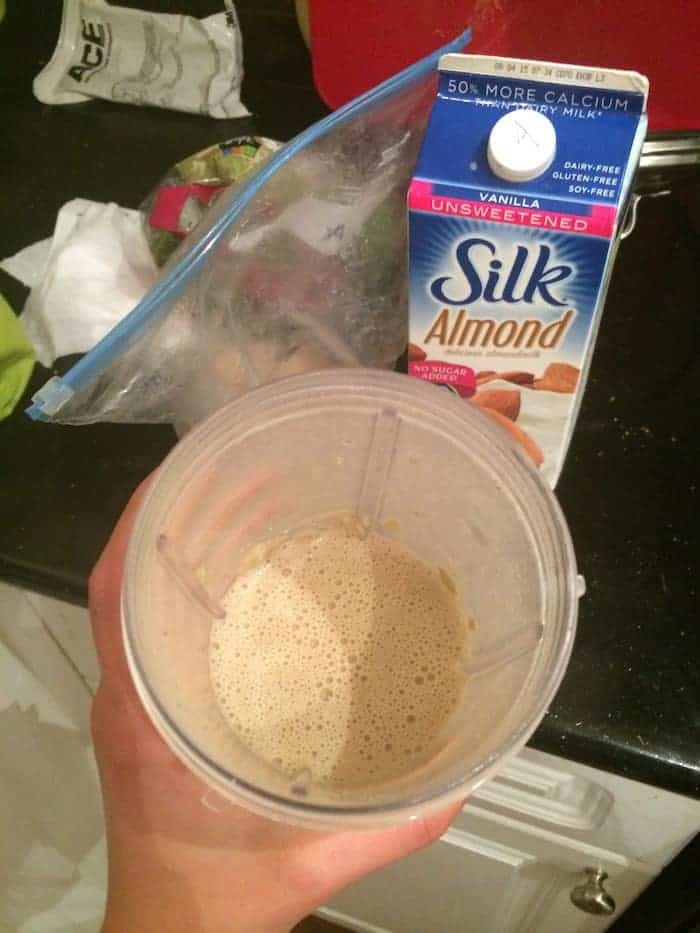 Dinner was an Avocado Bean Burger over arugula with leftover roasted sweet potatoes, red onion, avocado, chopped bell pepper hiding in the fridge, and leftover shallot dressing that I also found at the back of the fridge. I hardly ever make salads at home to be honest, but I snagged a bag of arugula at Whole Foods to basically force myself to make a salad for dinner. It was super tasty! 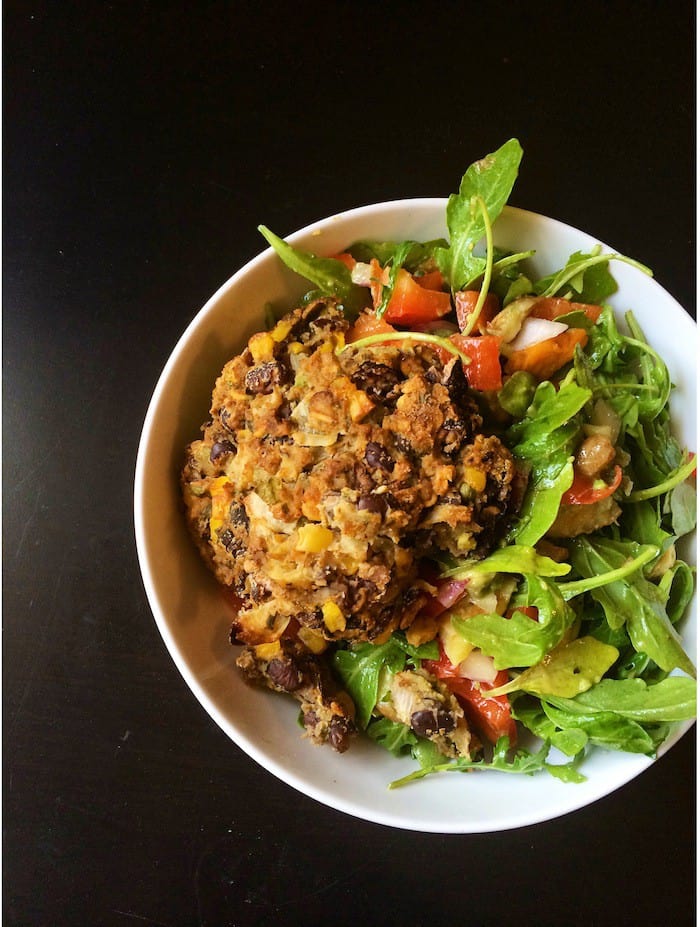 I also had a bowl of roasted brussels. I've been roasting them whole in a bit of olive oil and salt at 425F for 30ish minutes until they're nice and browned and I'm obsessed! It's so nice being able to just dump the bag on the baking sheet. The less chopping, the better! 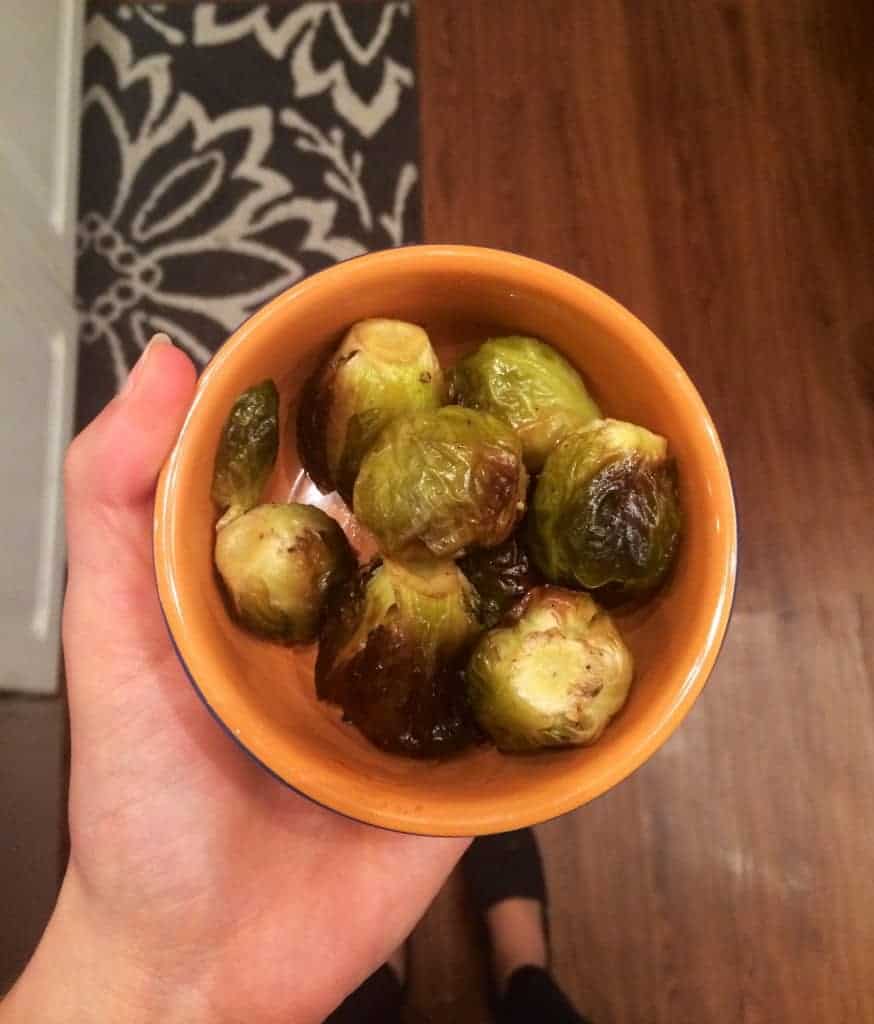 I've been trying to drink water after dinner because a) I don't drink half as much water as I should throughout the day, b) I tend to mindlessly snack after dinner even if I'm not at all hungry, and c) I had my fair share of apple pice/ice cream/beer/pizza/wine over the weekend for the Fourth of July. I'm not sure how much I believe in the power of intuitive eating, but I drank a big mason jar of water and it really did the trick!

See you tomorrow for an epic recipe!

[Tweet "Wondering what an RD eats in a day? Check out a full day of eats via @TheHummusapien"]