Guess what? My back is finally getting better! Hallefreakinlujah. We're headed to Utah on Friday for a ski trip that I wasn't sure I'd be up for so I'm feeling suuuuuper grateful for the pain relief!

I haven't dove fully back in to do a ton of cooking yet because I'm still not feeling like my normal self. Lots of convenience foods are still going on.

On another note...are you signed up for my newsletter? This weekend I sent out a sneak peak of my Vegan Pumpkin Gingerbread with Maple Glaze recipe + plaid tops I'm loving. Be sure to subscribe on the right side bar if you're not already! 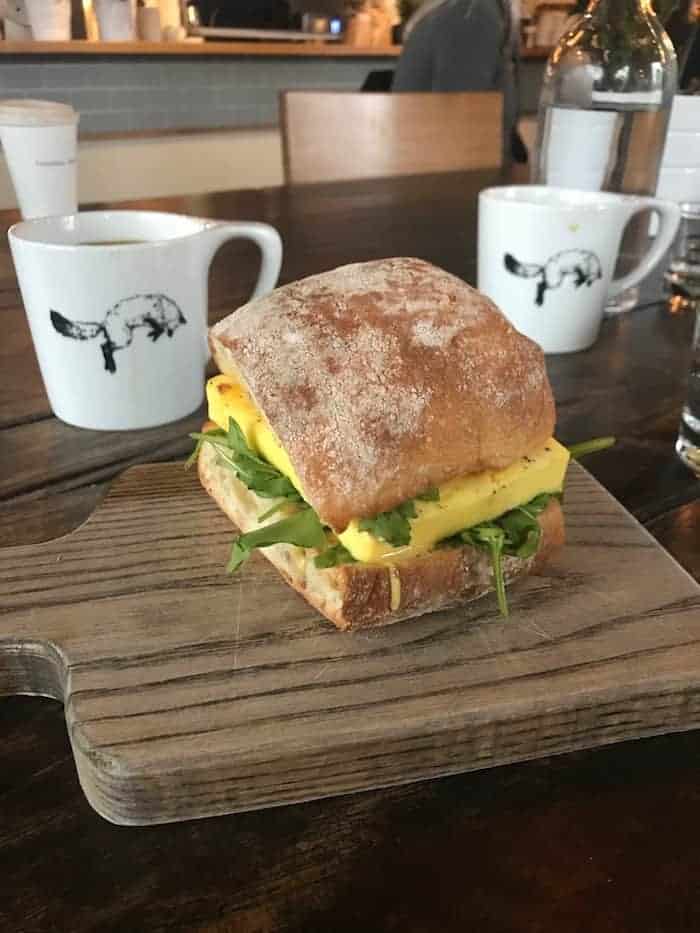 It had been far too long since I'd had a Fox in the Snow egg sammie. Big mug of coffee definitely not optional. It hit the spot! 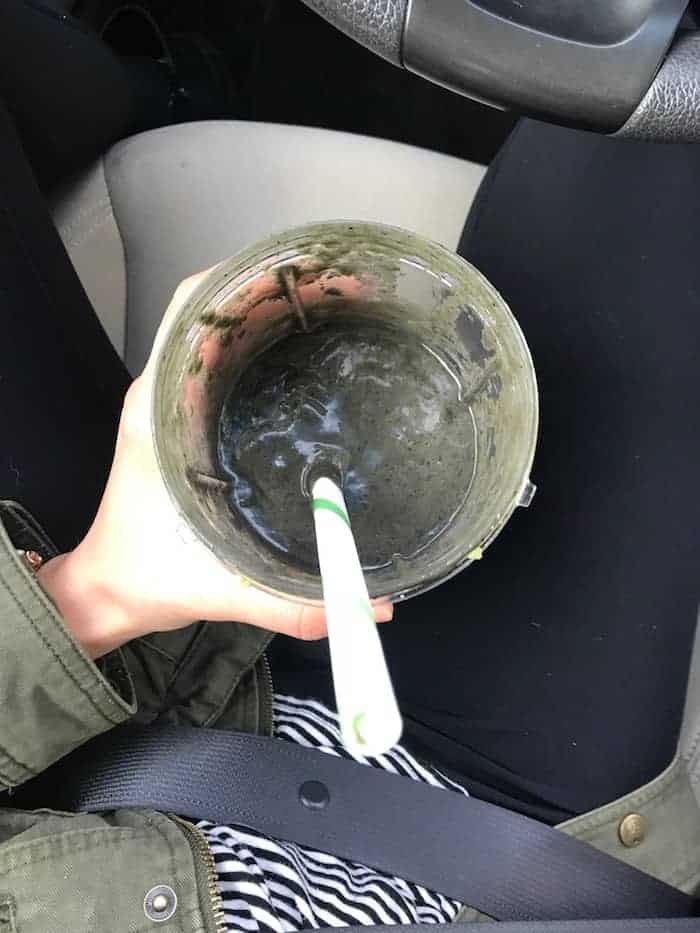 I was on a quest to squash inflammation in my back so I hit the ground running with my smoothie game. This one was my Creamy Blueberry Shake with spinach from our CSA and spirulina for added green goodness. 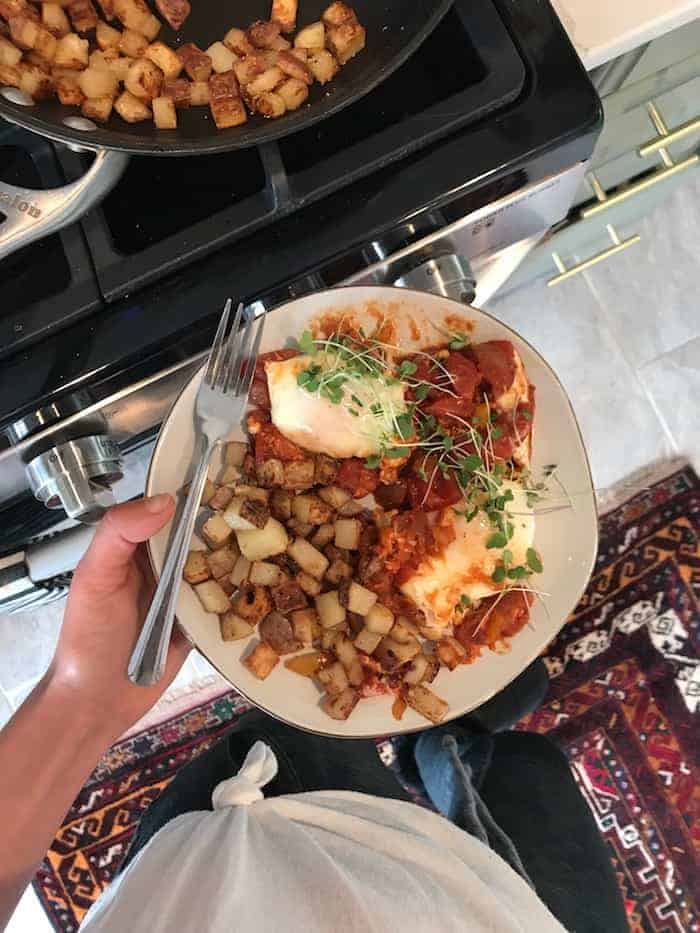 Shakshouka with taters! I've been perfecting my recipe and I can't wait to share it with you as soon as it's just right. 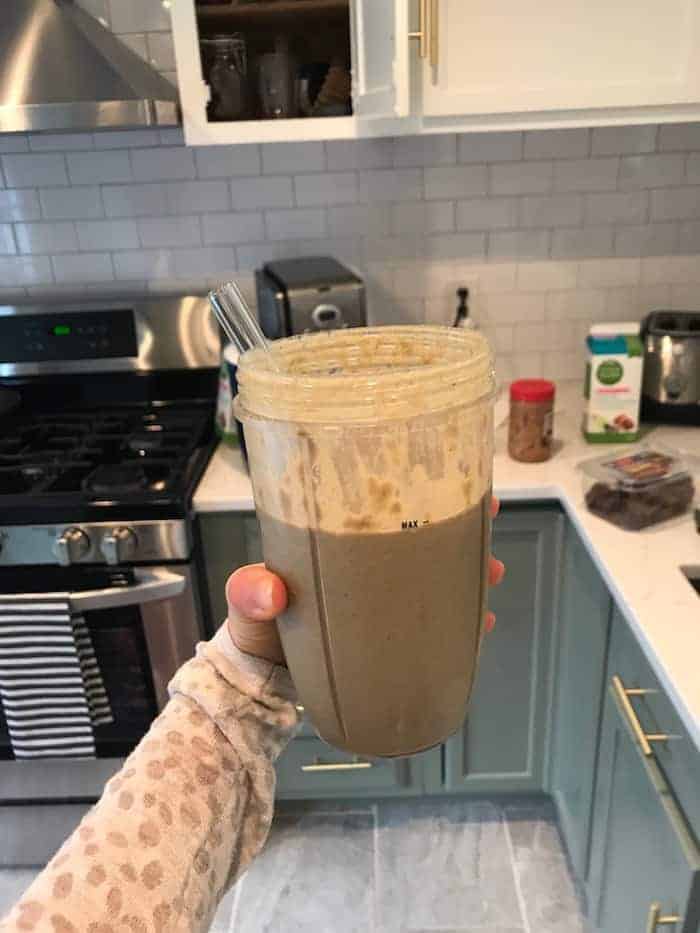 Hello, renovated kitchen! My other go-to smoothie blend this week was frozen pineapple, cherries, and zucchini pus a medjool date, fresh spinach from our CSA, hemp seeds, peanut butter, ginger, turmeric, black pepper, spirulina and almond milk. All the anntioxidants. It was so delish that I made it three times last week! 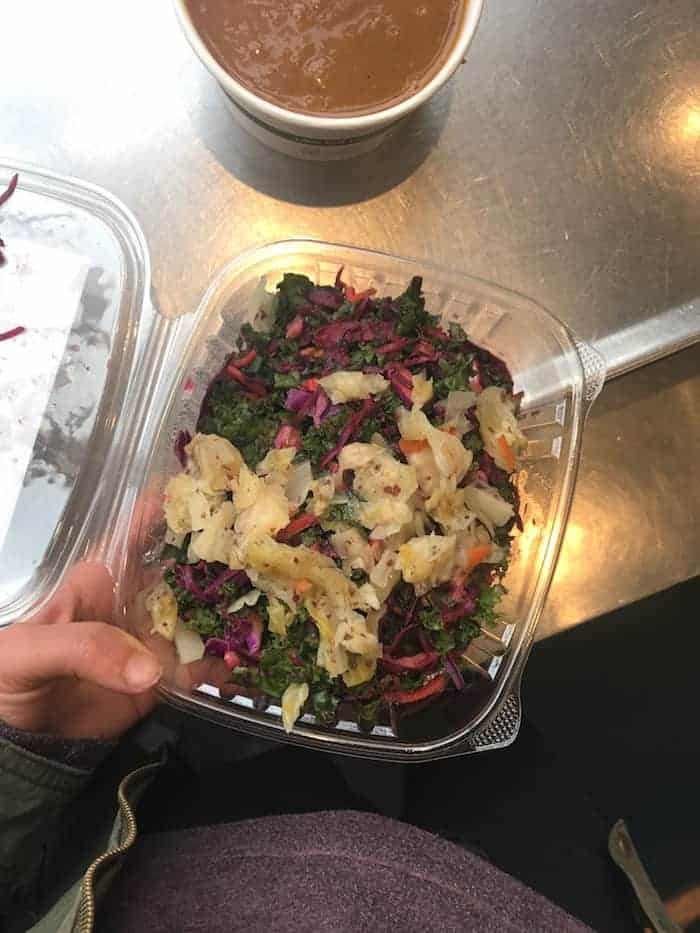 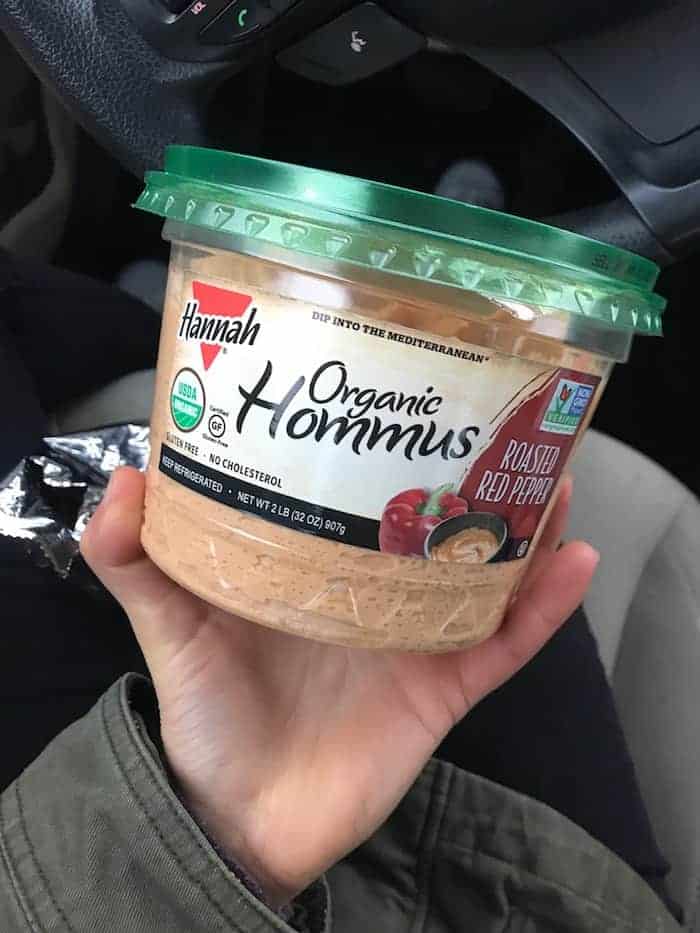 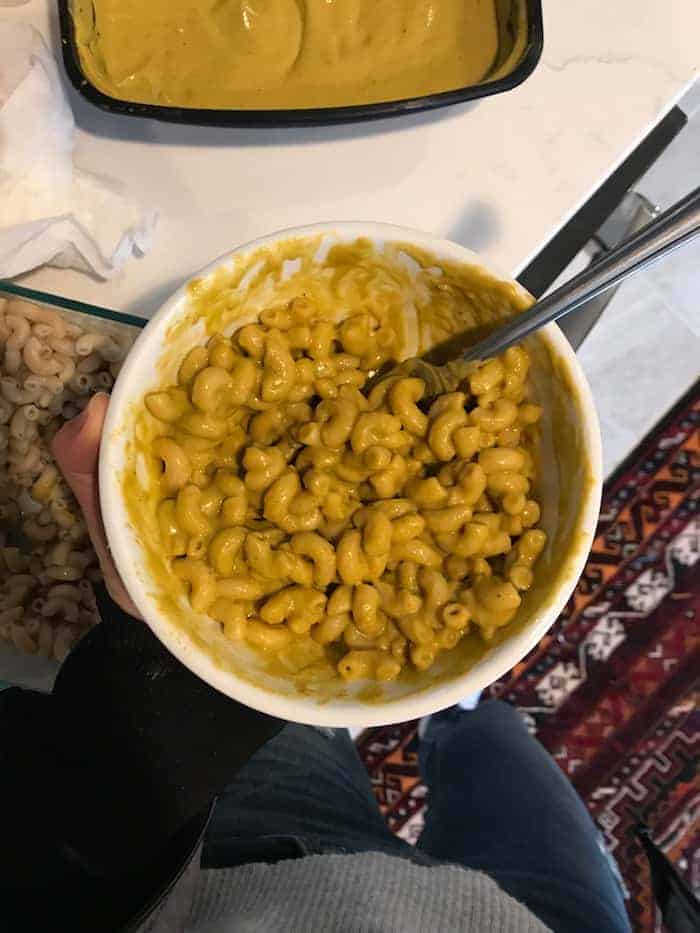 Pumpkin Mac and Cheeze that my beautiful friend Simi made me! 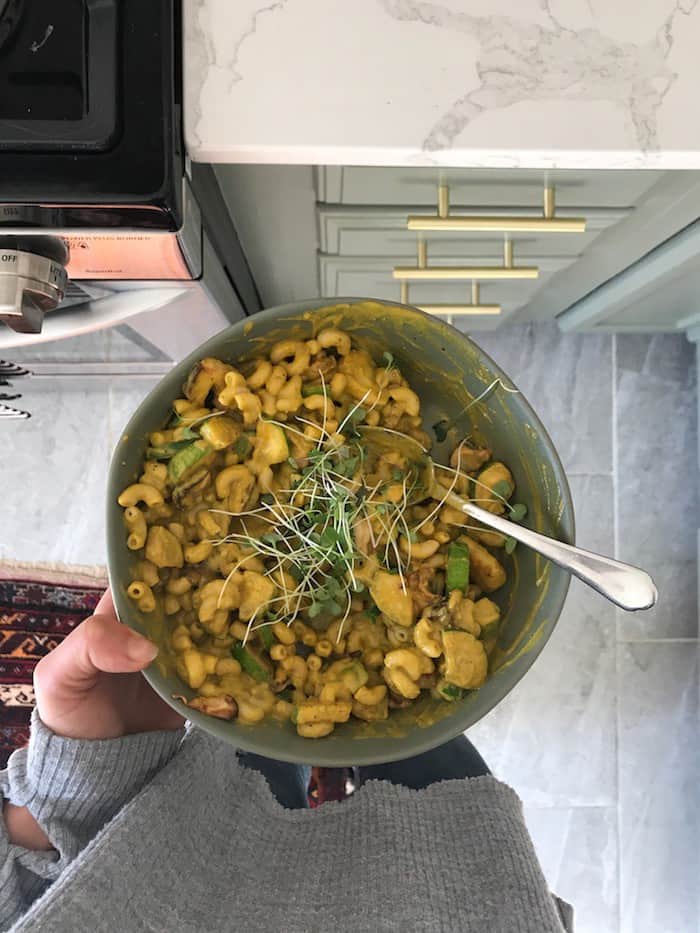 And again with sautéed mushrooms and zucchini topped with micro greens. 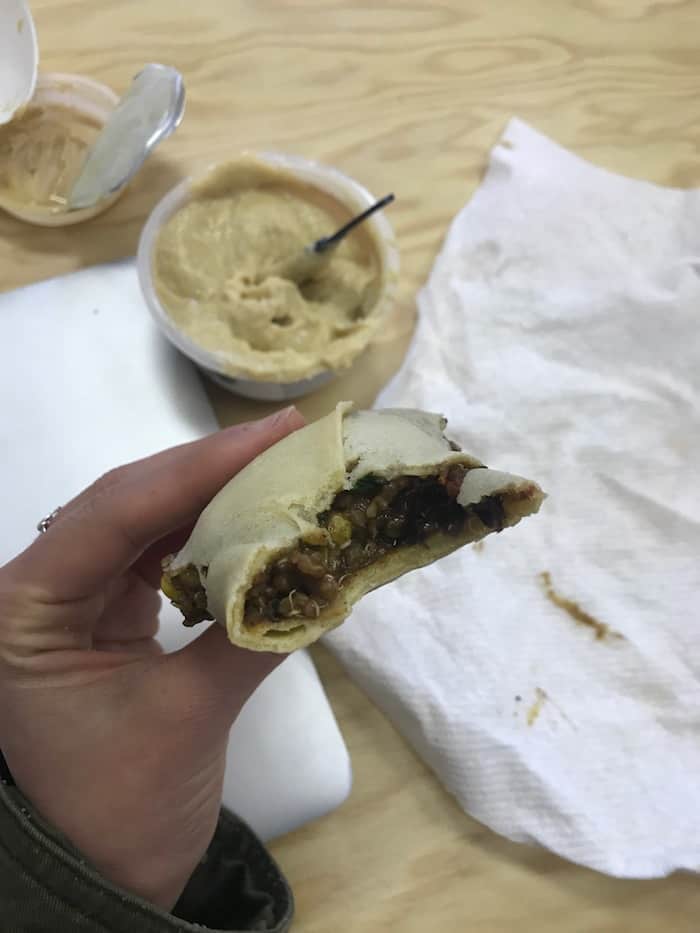 Amy's frozen burrito with hummus. This is more like a snack since I eat again a couple hours later but I like to throw one in my bag when I don't have anything else prepared. 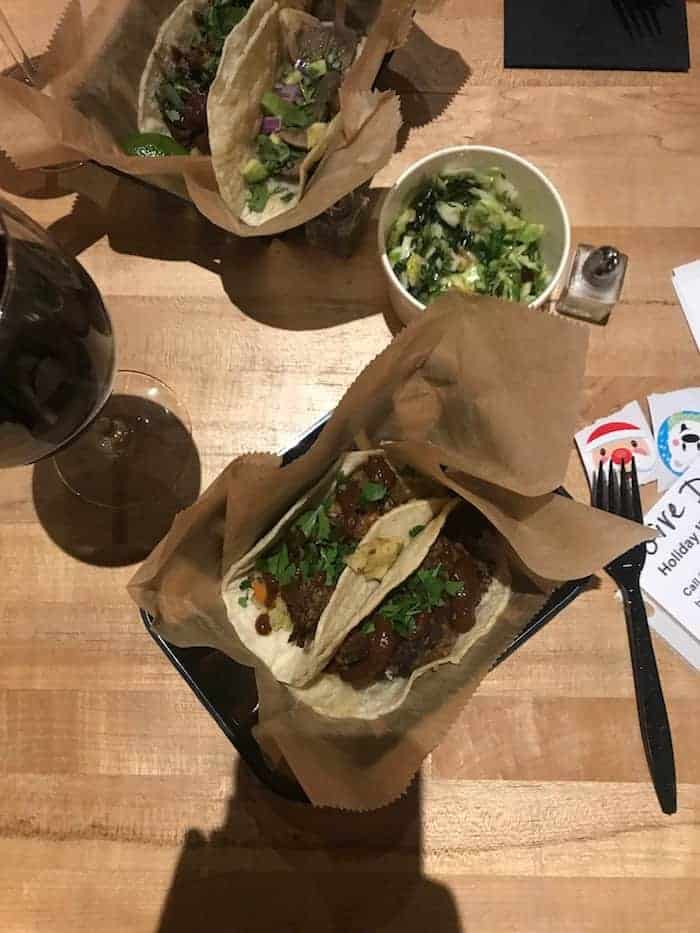 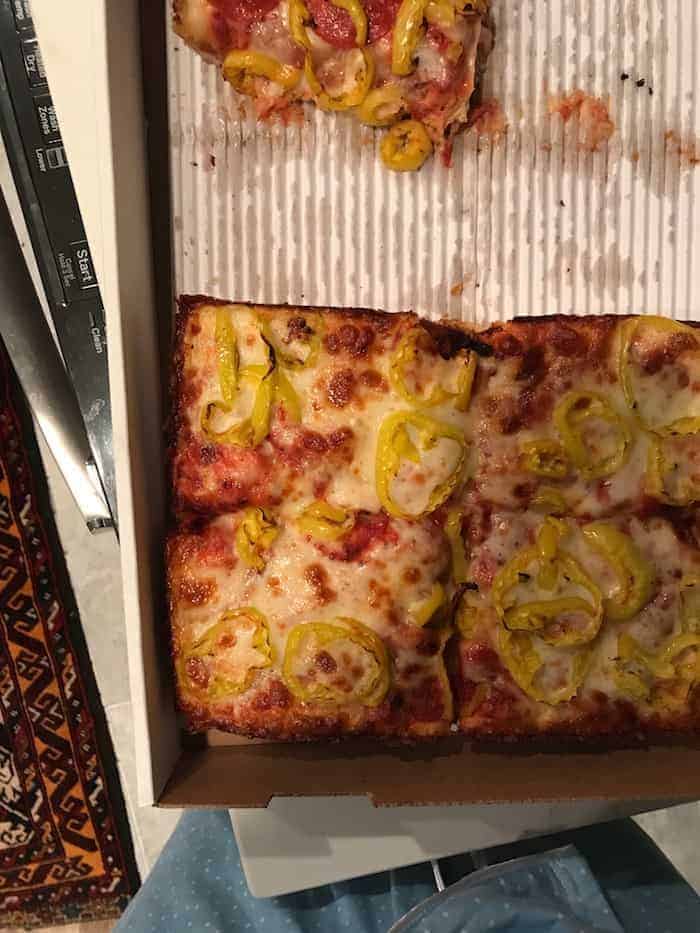 Jet's deep dish pizza with banana peppers strikes again! We were out late Sunday night for Village Lights and after a couple glasses of wine, our fave pizza tasted extra yummy.

I also had the most delish Village Salad from Northstar but the picture is nowhere to be found on my phone. 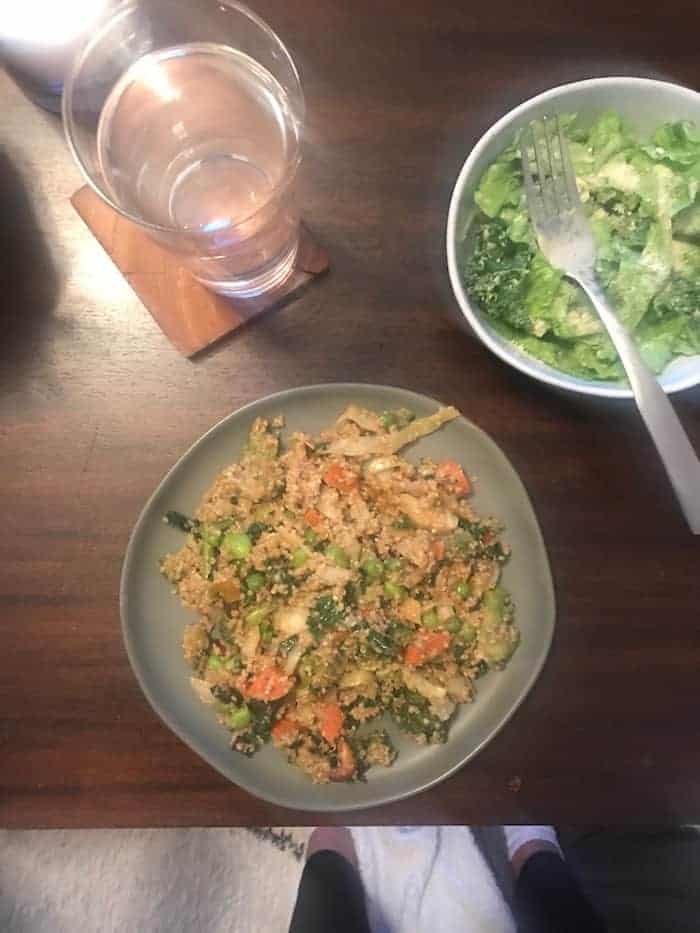 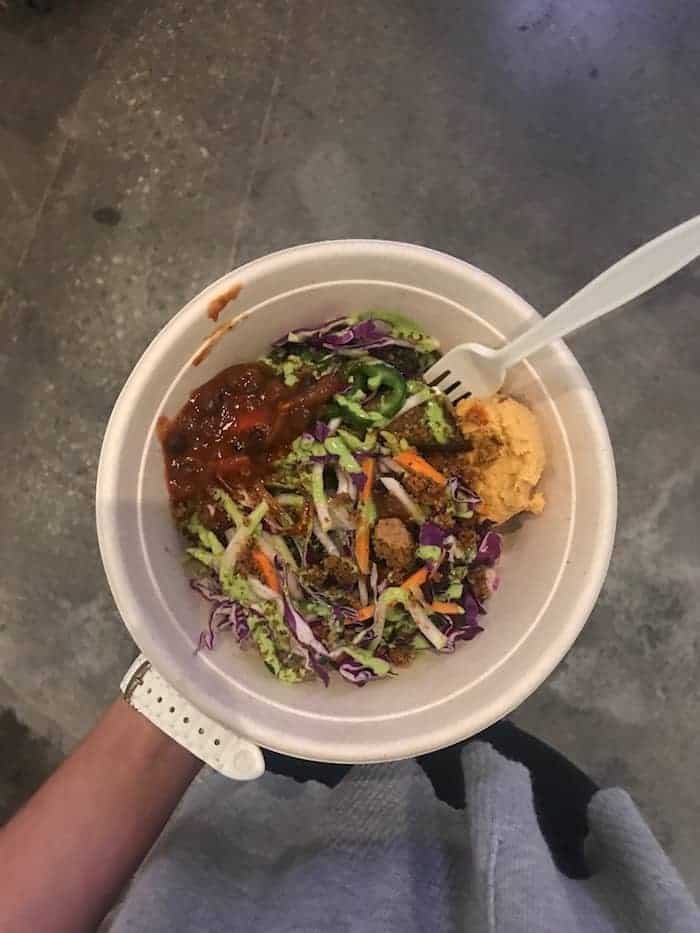 TRISM Soul Bowl with every hummus flavor known to man. 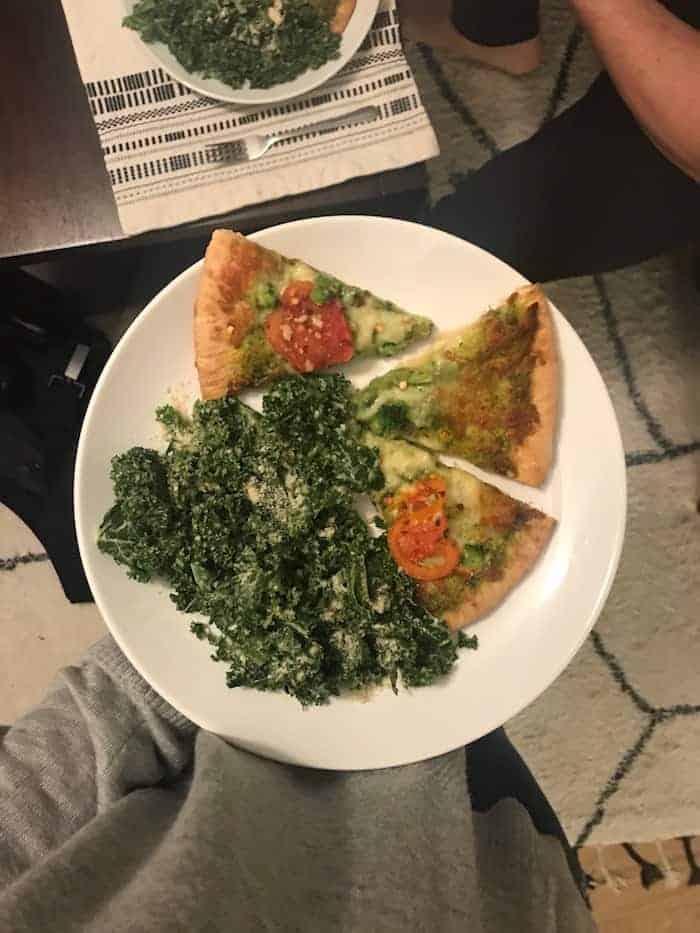 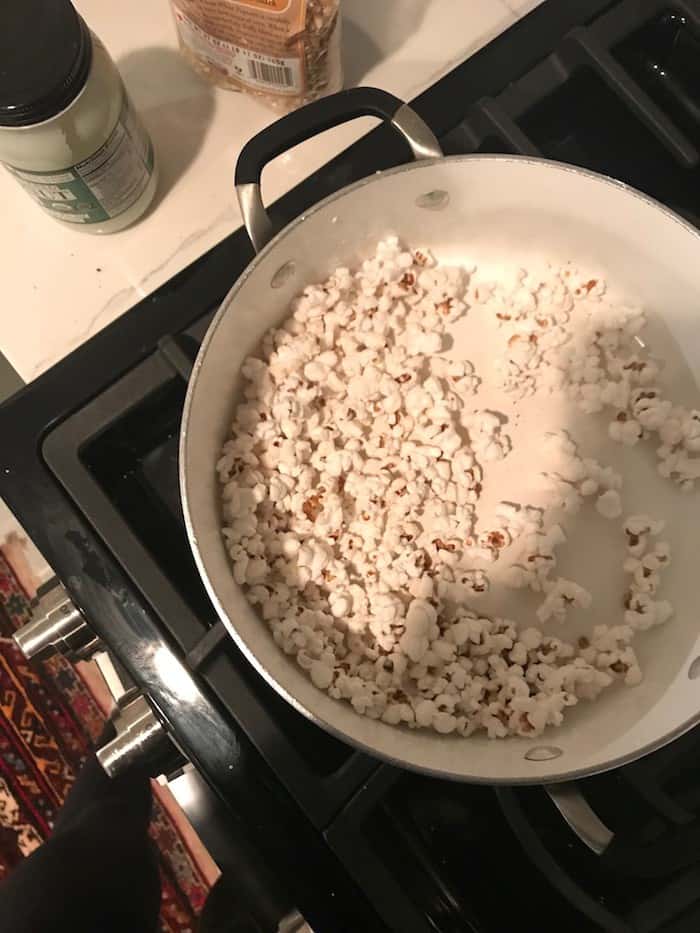 Coconut oil popped popcorn! To make,  melt a tablespoon of oil with ¼ cup of popcorn kernels and salt over medium heat in a big pot with a lid and shake until it's all popped. 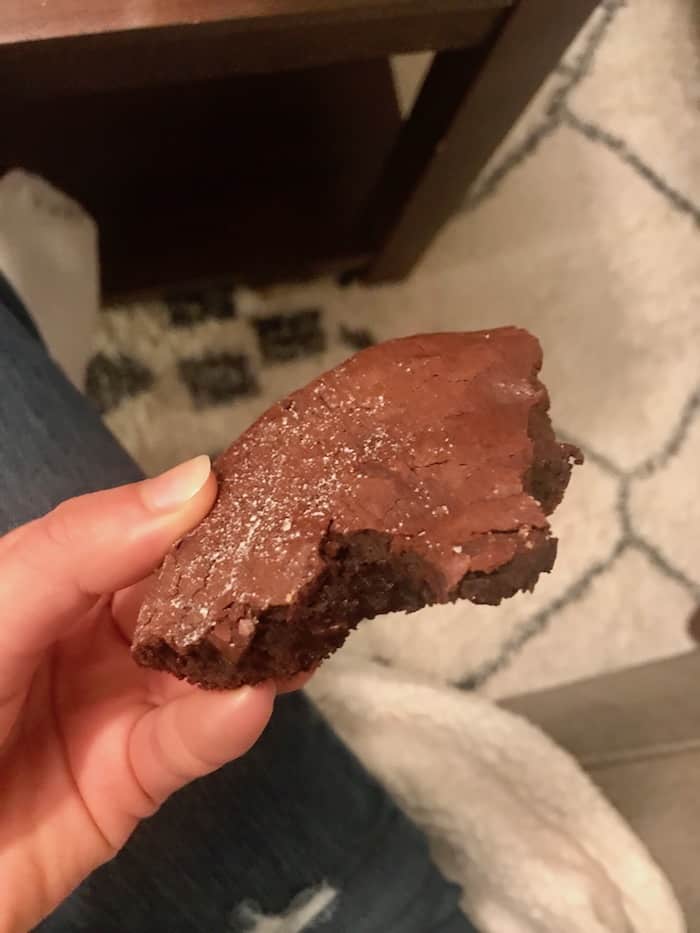 Northstar's epic chocolate cookie with sea salt on top, of course. I think I salt all of my desserts now. 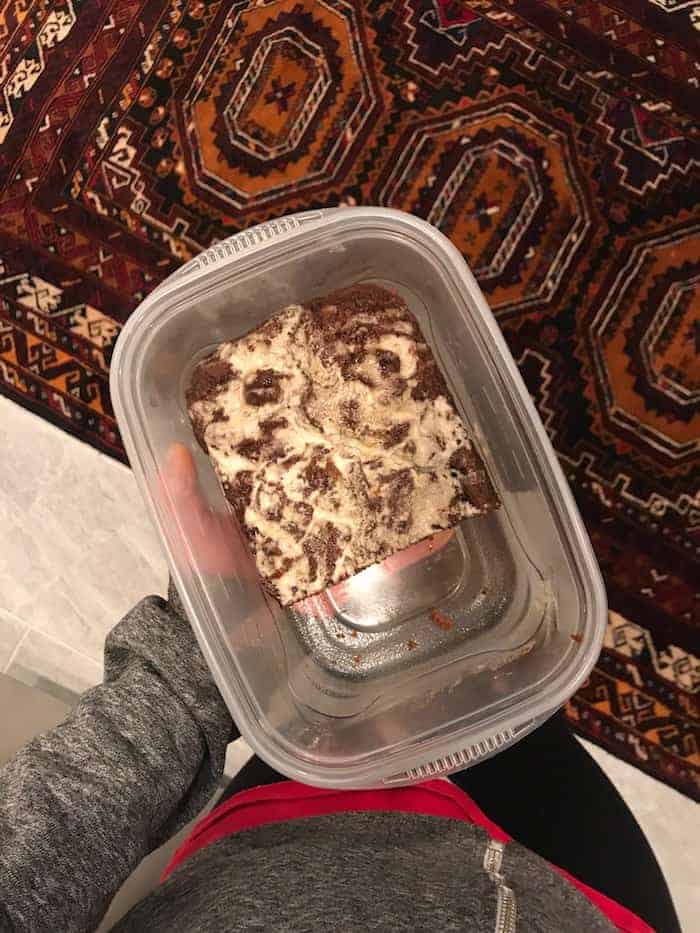 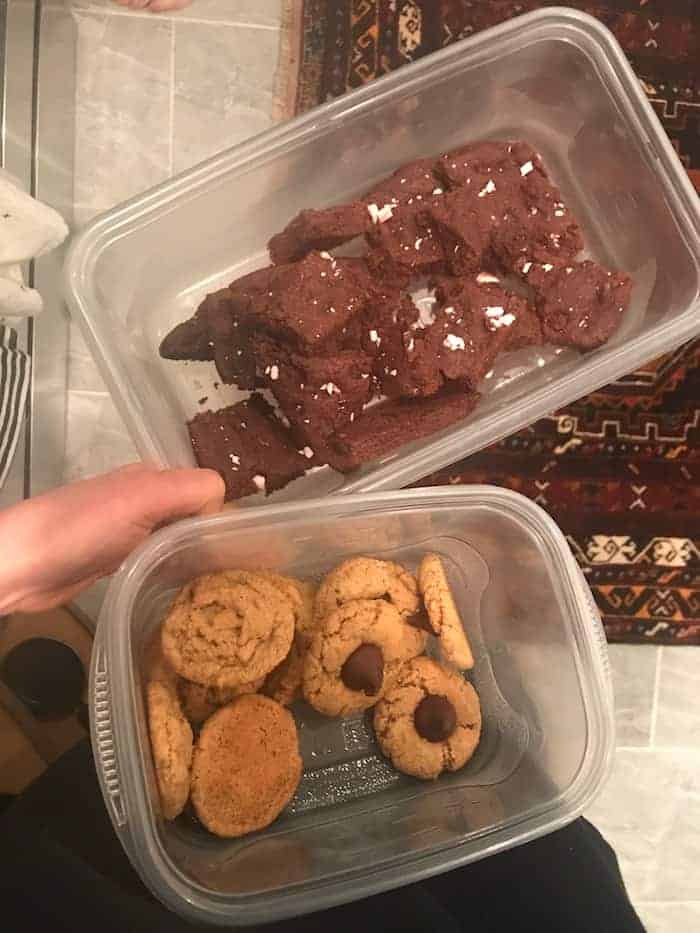 Oodles of Peanut Butter Blossoms and chunks of Peppermint Skillet Cookie. You're gonna freak for this one. 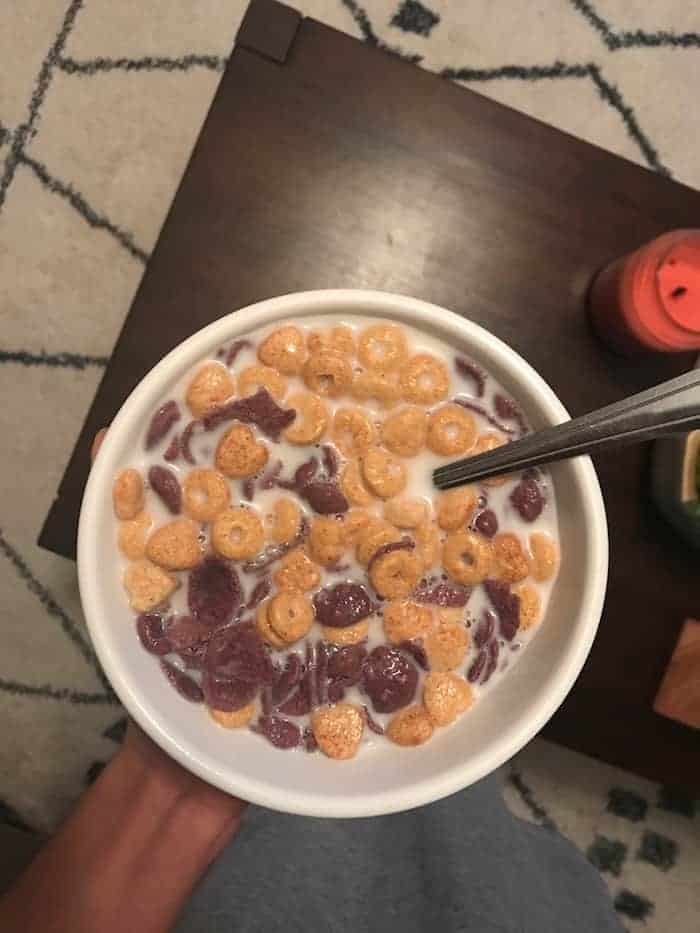 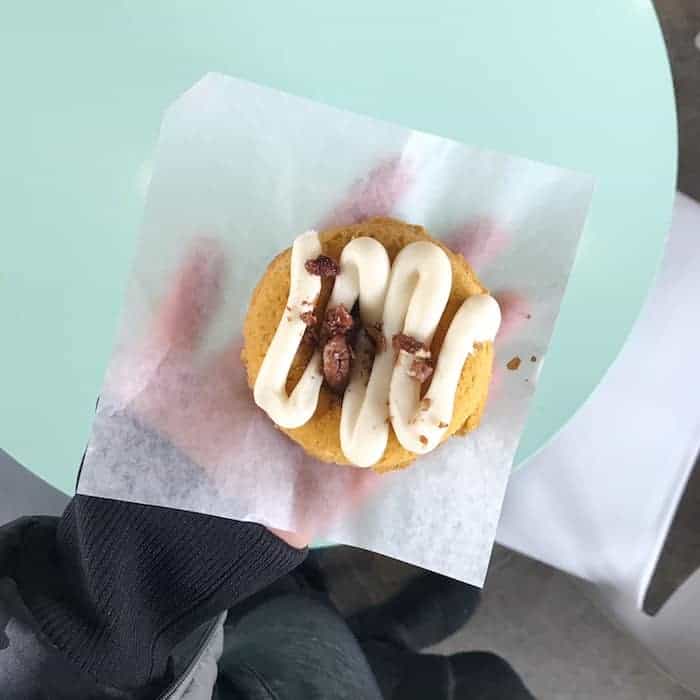 TRISM pumpkin donuts on repeat. Have the best rest of the week, you lovely souls you!