G'day mates! Cheers to being halfway done with this week and a wee bit closer to warmer weather. Spring is upon us (kind of but not really)! 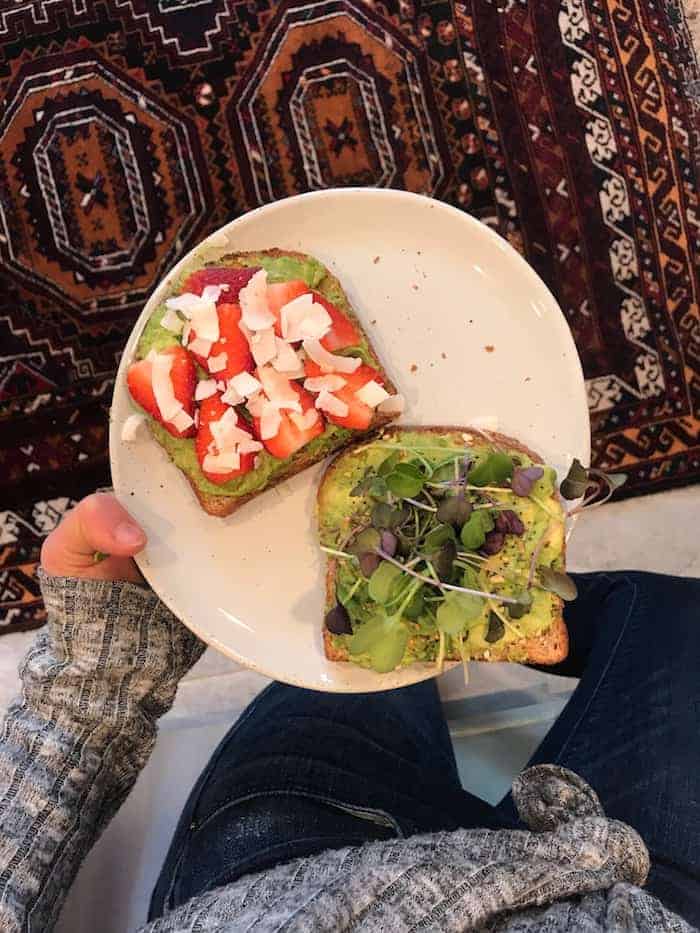 Two slices of avocado toast on Trader Joe's sprouted wheat berry bread. One with strawberries, coconut, and sea salt and the other with everything bagel spice and local micro greens from our CSA. 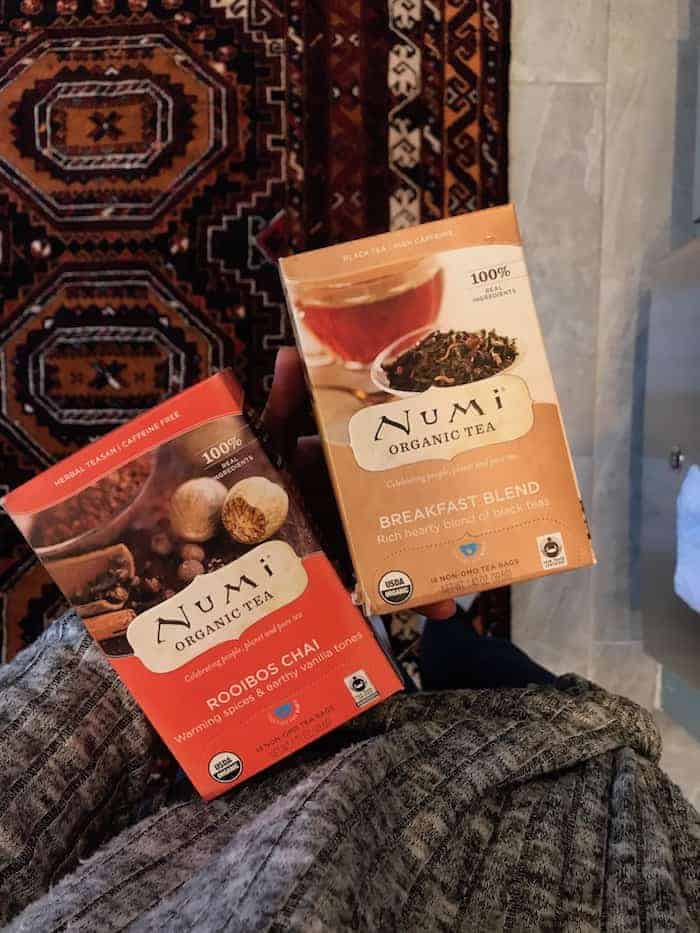 I went on a tea spree at Whole Foods last Sunday because lately I've had zero desire to drink coffee. IT'S SO WEIRD. My nose is pretty stuffy and I've been feeling kind of bleh so I think tea just sounds so much more comforting and less dehydrating, ya dig? Numi breakfast tea and rooibos chai are my fave! 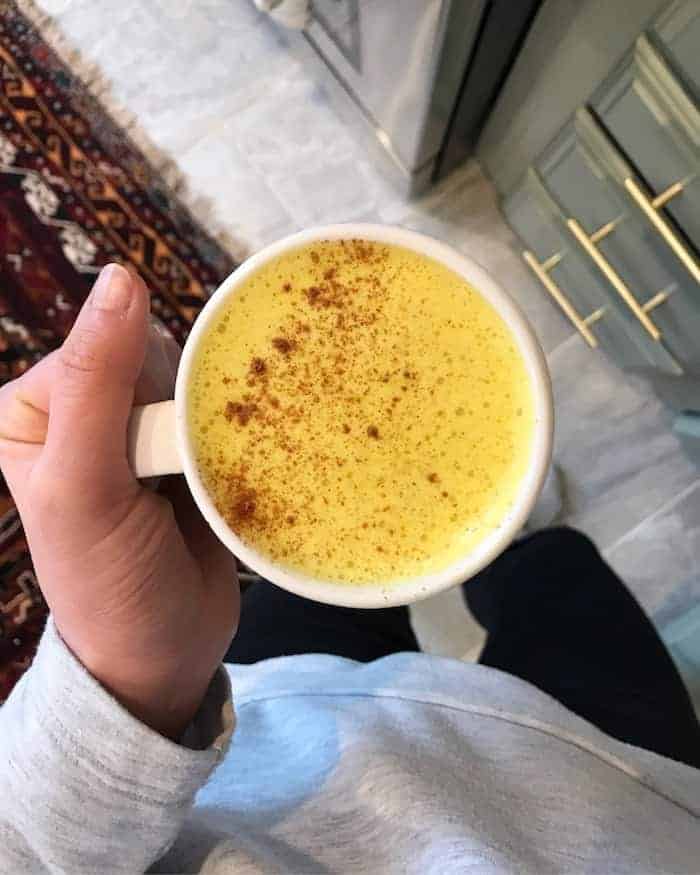 I've also been loving warm and cozy turmeric lattes. I blend up almond milk, coconut oil, fresh ginger, turmeric, cinnamon, pepper, and honey in the blender then heat it on the stove. So soothing! 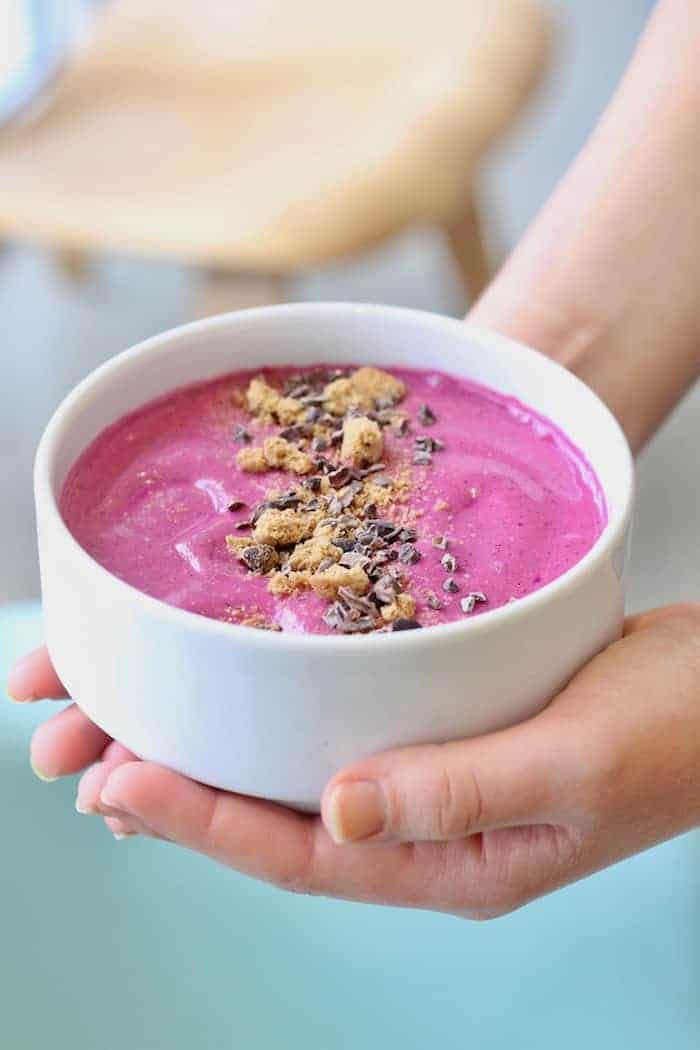 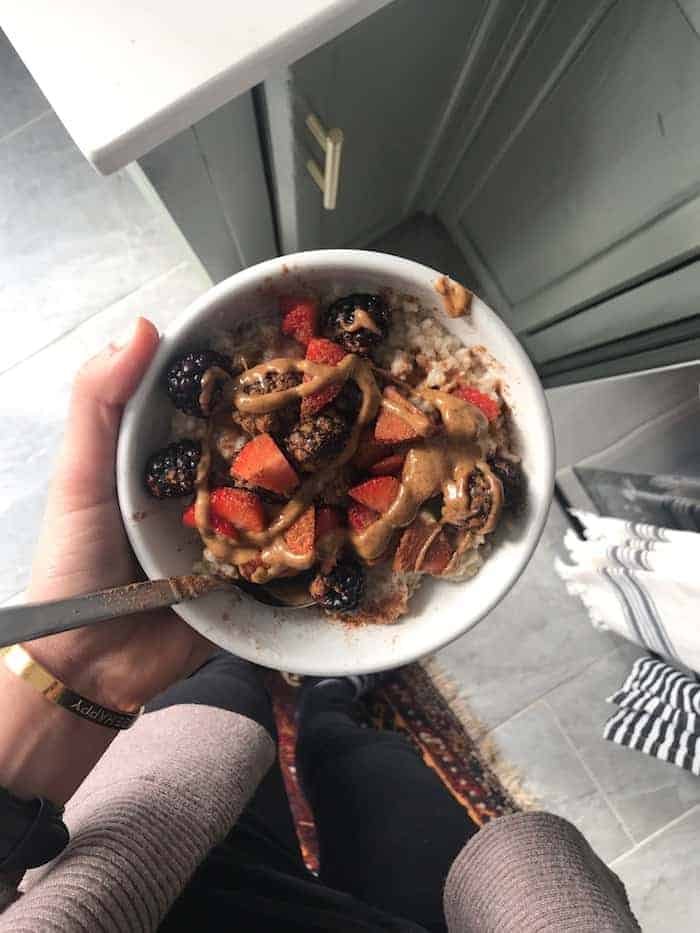 Steel cut oatmeal on repeat. I've been topping mine with whatever berries are on sale at Kroger, banana, cinnamon, and almond or peanut butter. 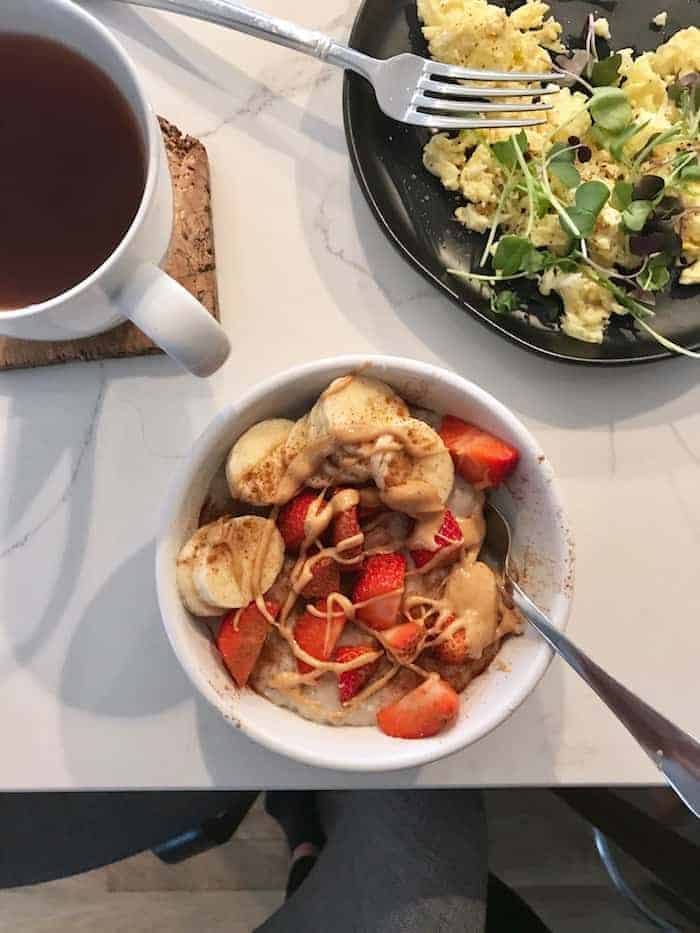 On Sunday I was craving eggs and oatmeal so I had both. Wondrous! 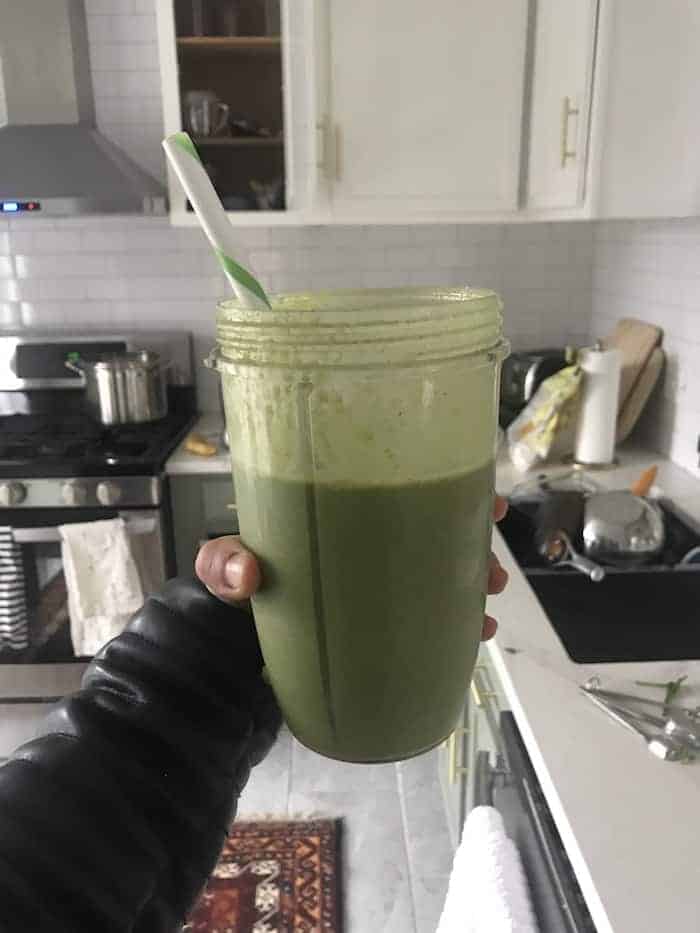 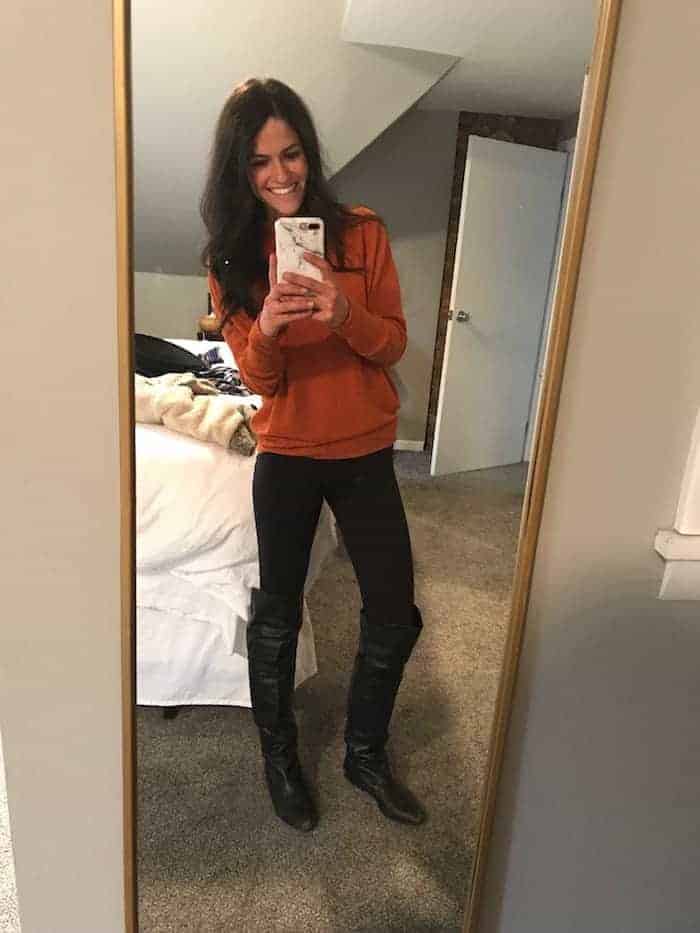 Shakshuka, salad, potatoes, and tea from The Table. (Not gonna lie...I prefer my shakshuka recipe!) 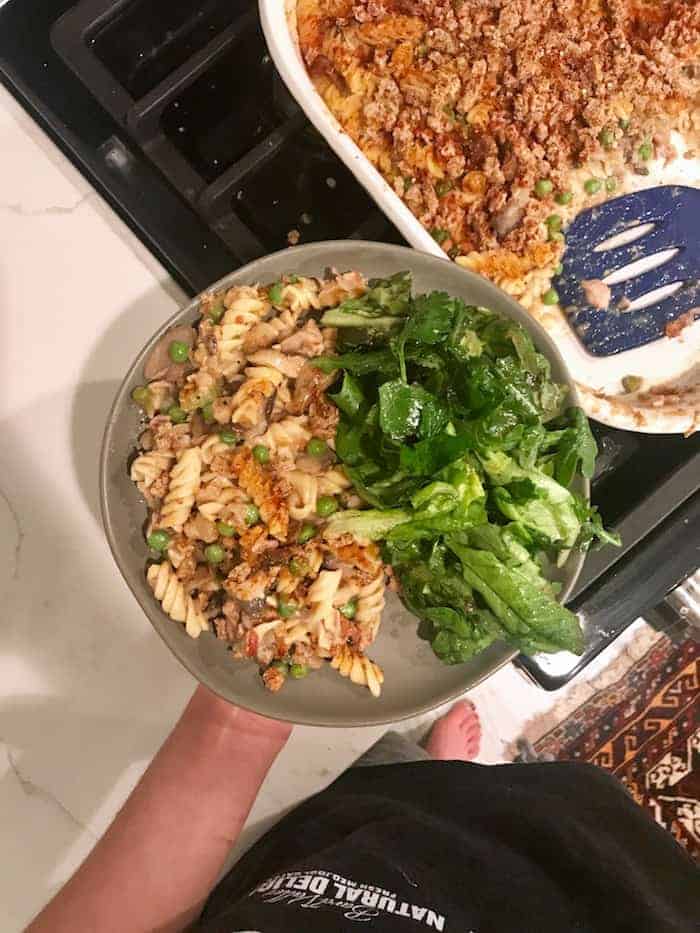 Tuna Noodle Casserole inspired by this recipe but I added nutritional yeast, double mushrooms, more peas, celery, whole wheat flour, Banza rotini, and a couple sliced of toasted and chopped bread on top for the breadcrumbs. It makes a big pan and feeds us for two nights so that's winning to me. 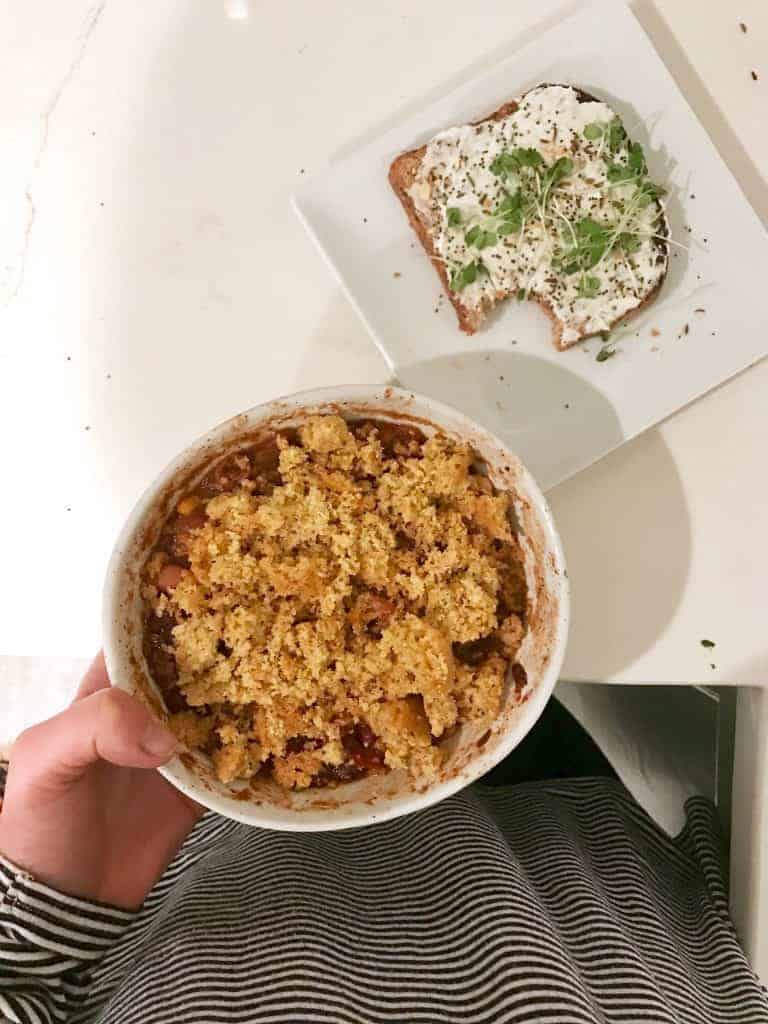 Leftover Sweet Potato Bean Chili with cornbread and a piece of toast with chive cream cheese because I was really craving cornbread and toast. 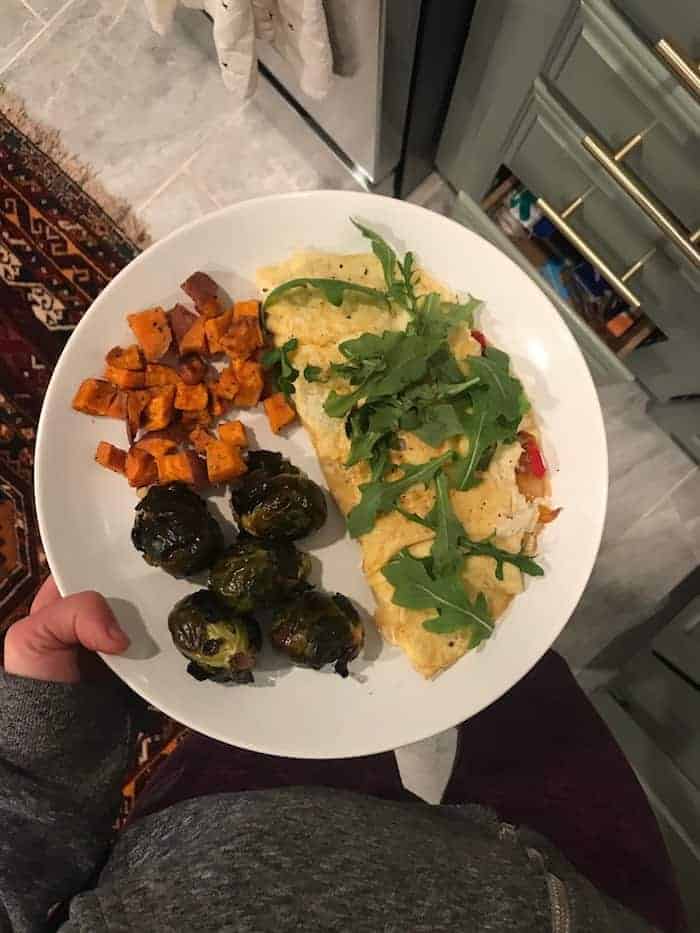 Omelet with onion, peppers, mozzarella, arugula, sweet potatoes and whole roasted Brussels sprouts. Usually I'd have more sweet potatoes but I had just sampled a bunch of new bread at Alchemy so I wasn't starving! 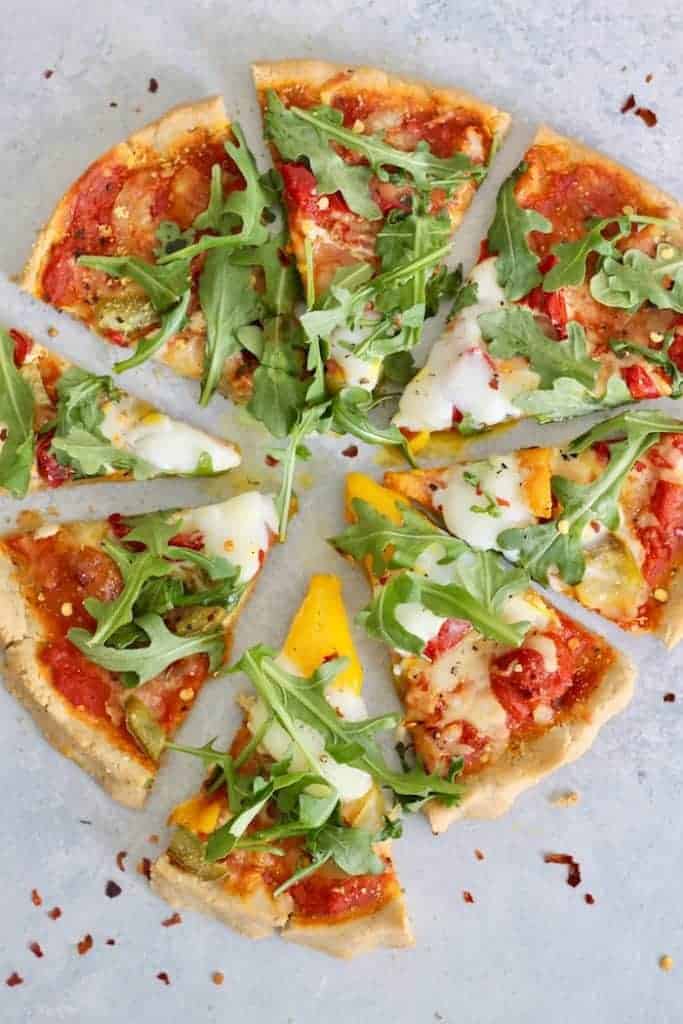 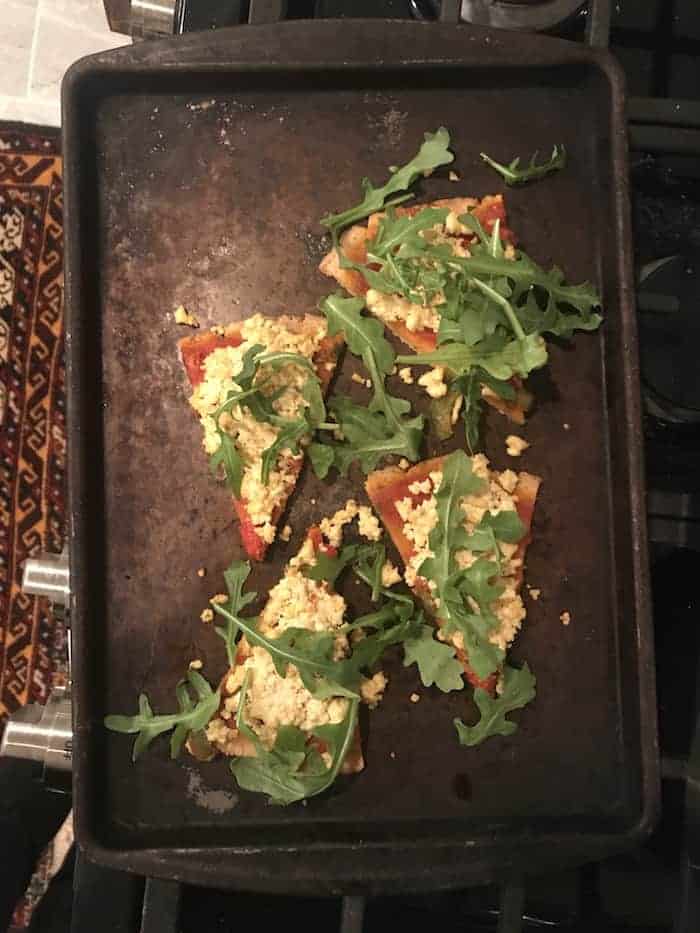 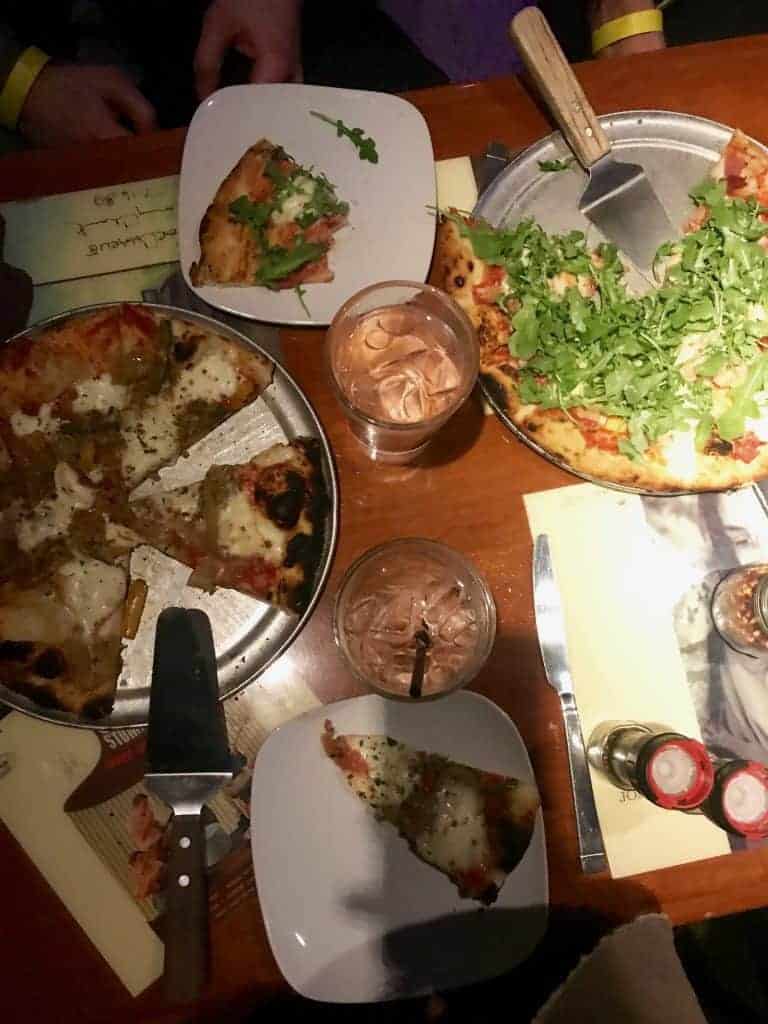 The yummiest pizza from Natalie's on Saturday evening with some soul-soothin' jazz. It was quite the week for pizza! 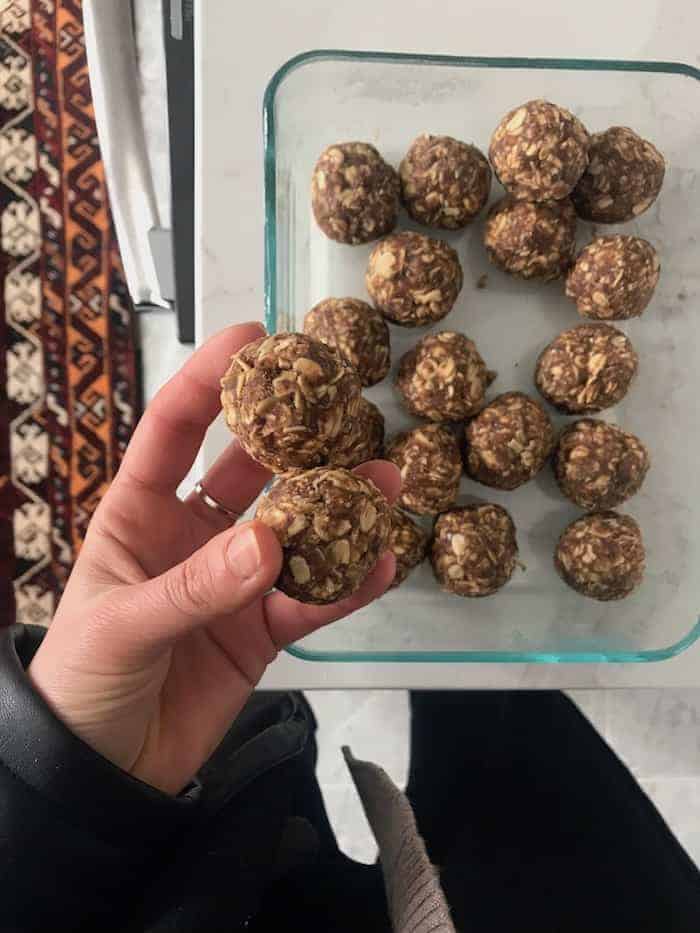 Kitchen sink no-bakes. I had a bunch of dates getting hard so I soaked about 10 in a bowl with hot water. Once they were soft, I blended them with water to make a paste. I mixed the date paste with oats, pecan meal, ground flax, cinnamon, salt, and lots of peanut butter. Voila! 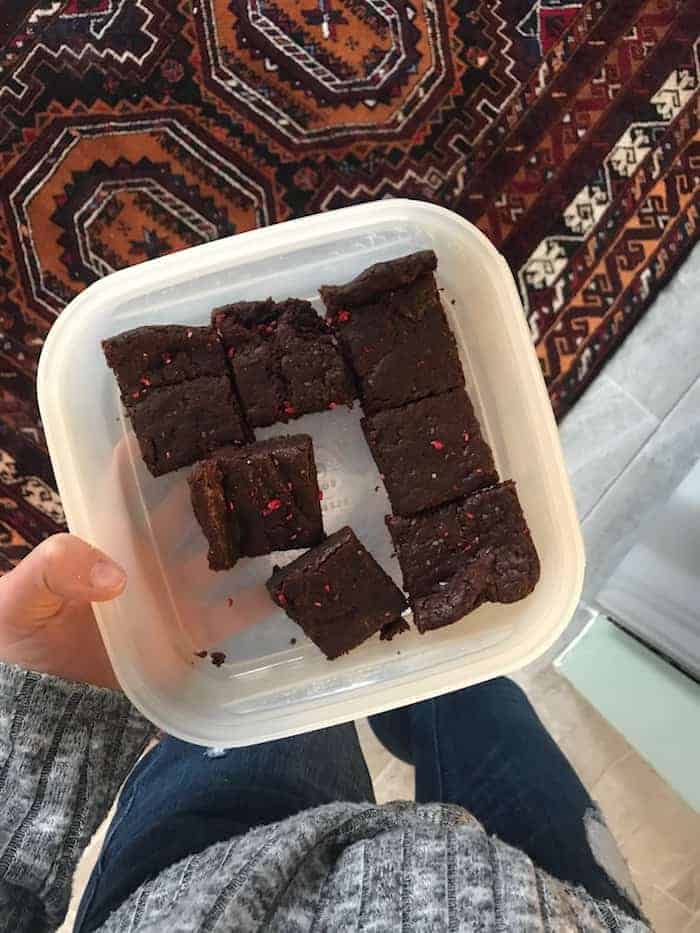 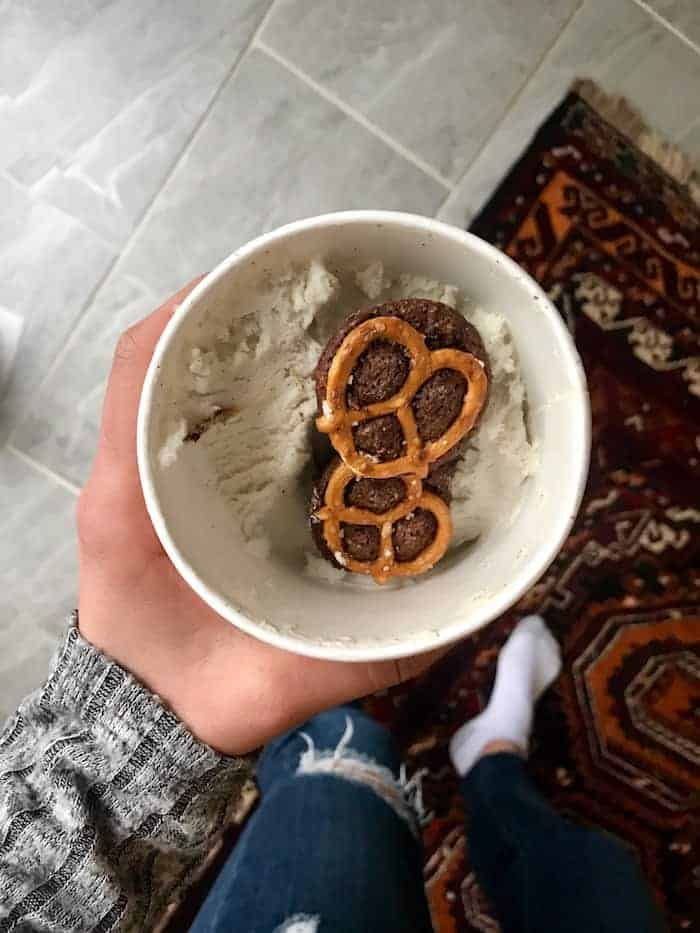 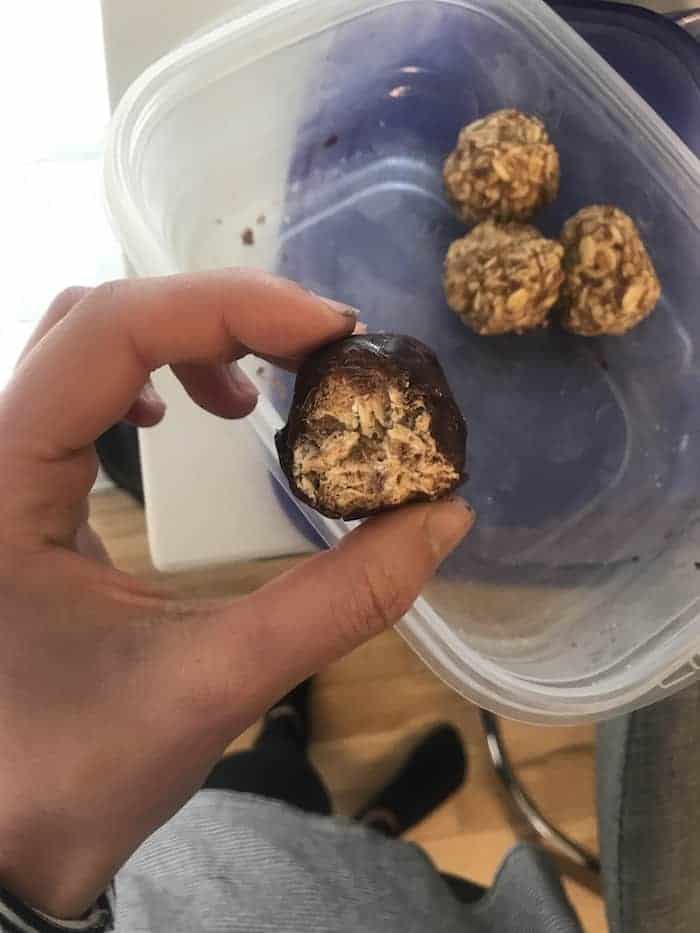 Salted Chocolate Peanut Butter Oatmeal Bites because I simply can't stop with these.

Sending wishes for a dreamy day from my heart to yours!