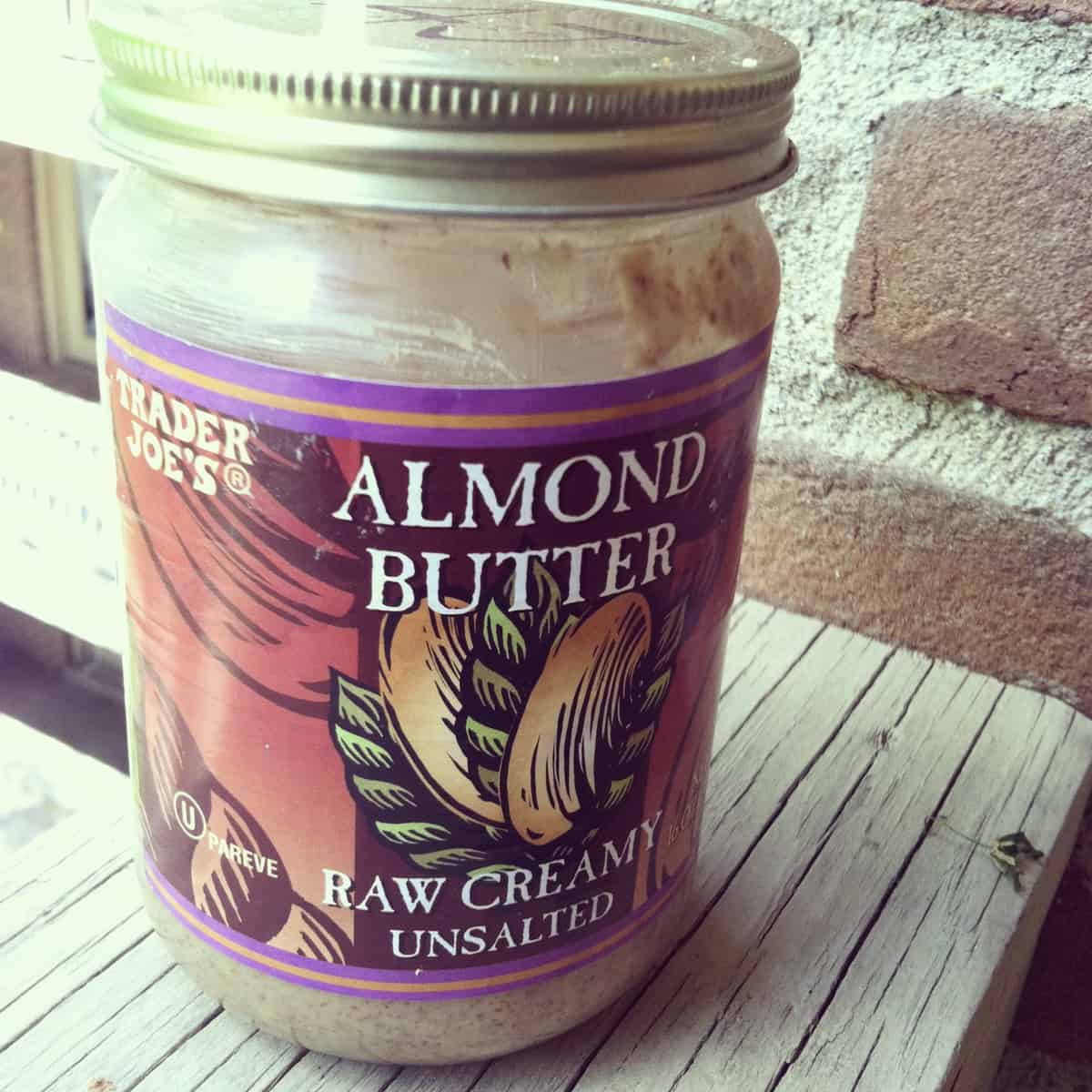 I didn't used to think it was that big of a deal, but now I am most definitely obsessed.  Step aside, peanut butter.  You just aren't that cool anymore.

I love it on Ezekiel cinnamon raisin toast, on a spoon, and in smoothies like this one. 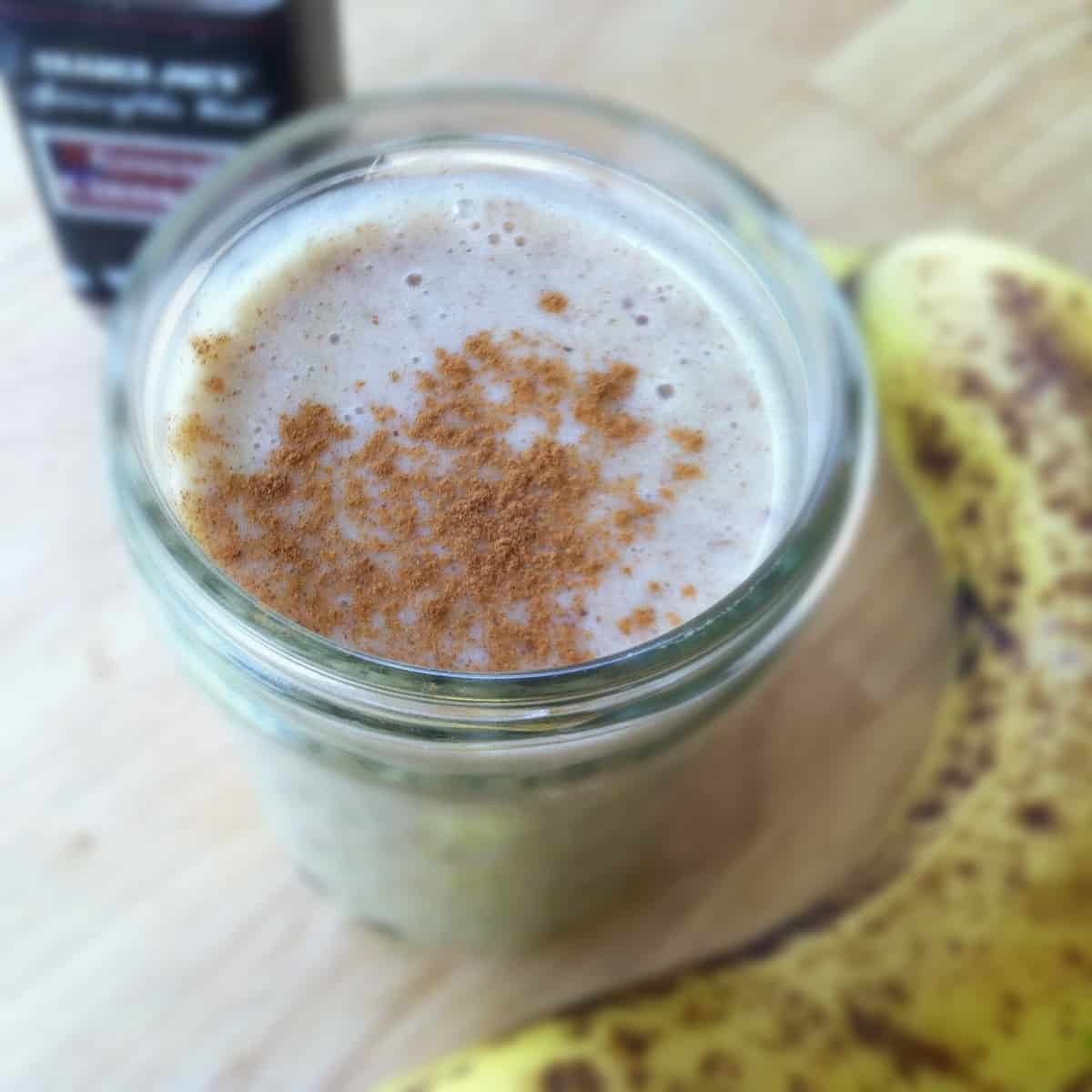 You wouldn't think unsalted, un-roasted almonds would blend into something so sweet and perfect, but trust me, they do.

Since I've been really sick of fruit smoothies and not sick at all of cookies, I decided to combine the two.  I've been drinking this combo for three days straight now and I'm still not sick of it.  It tastes like a cinnamony snickerdoodle sans all the saturated fat (no offense, coconut). 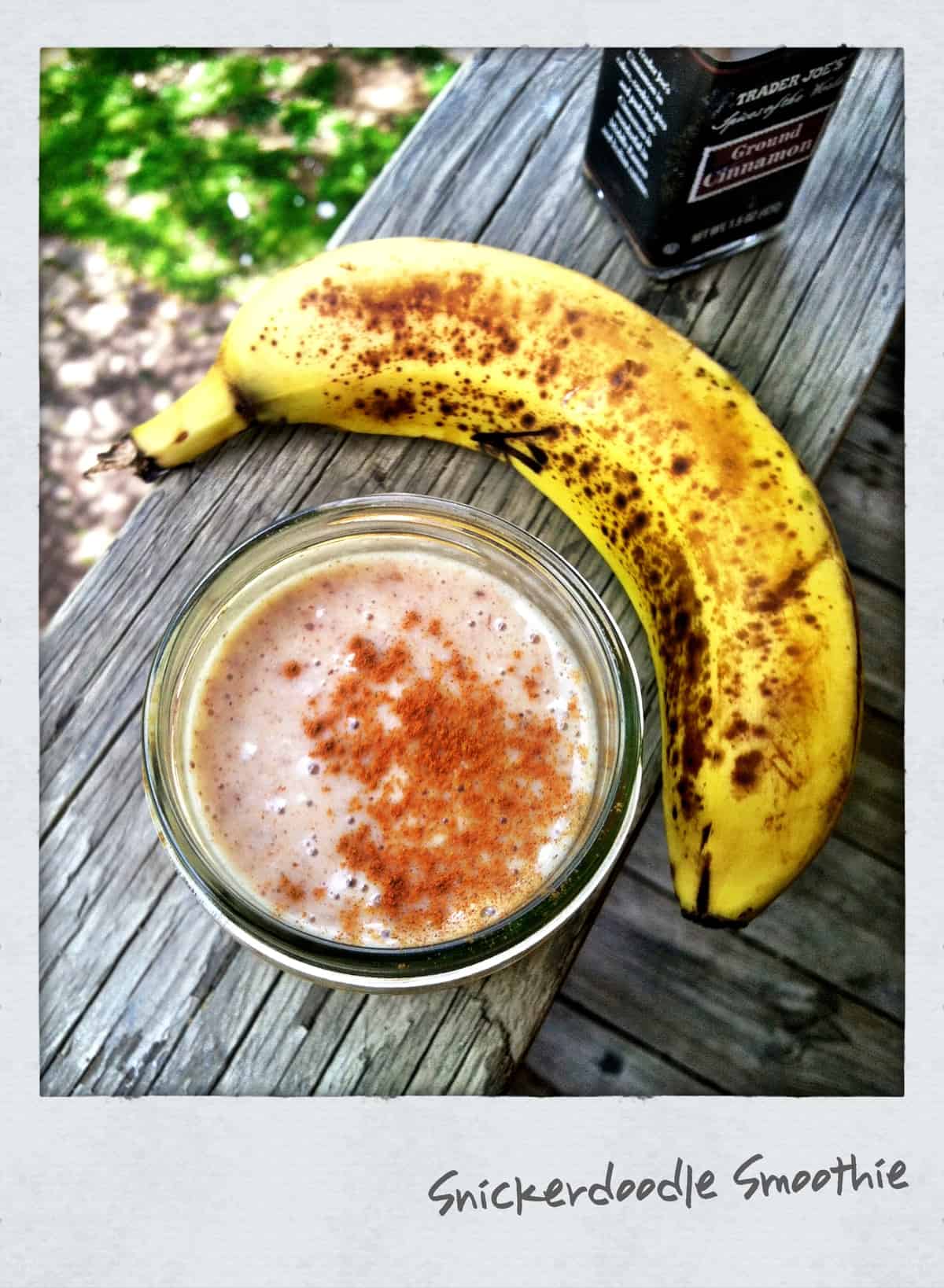 No pre-heating the oven or mixing wet and dry here.  Just blend and sip! 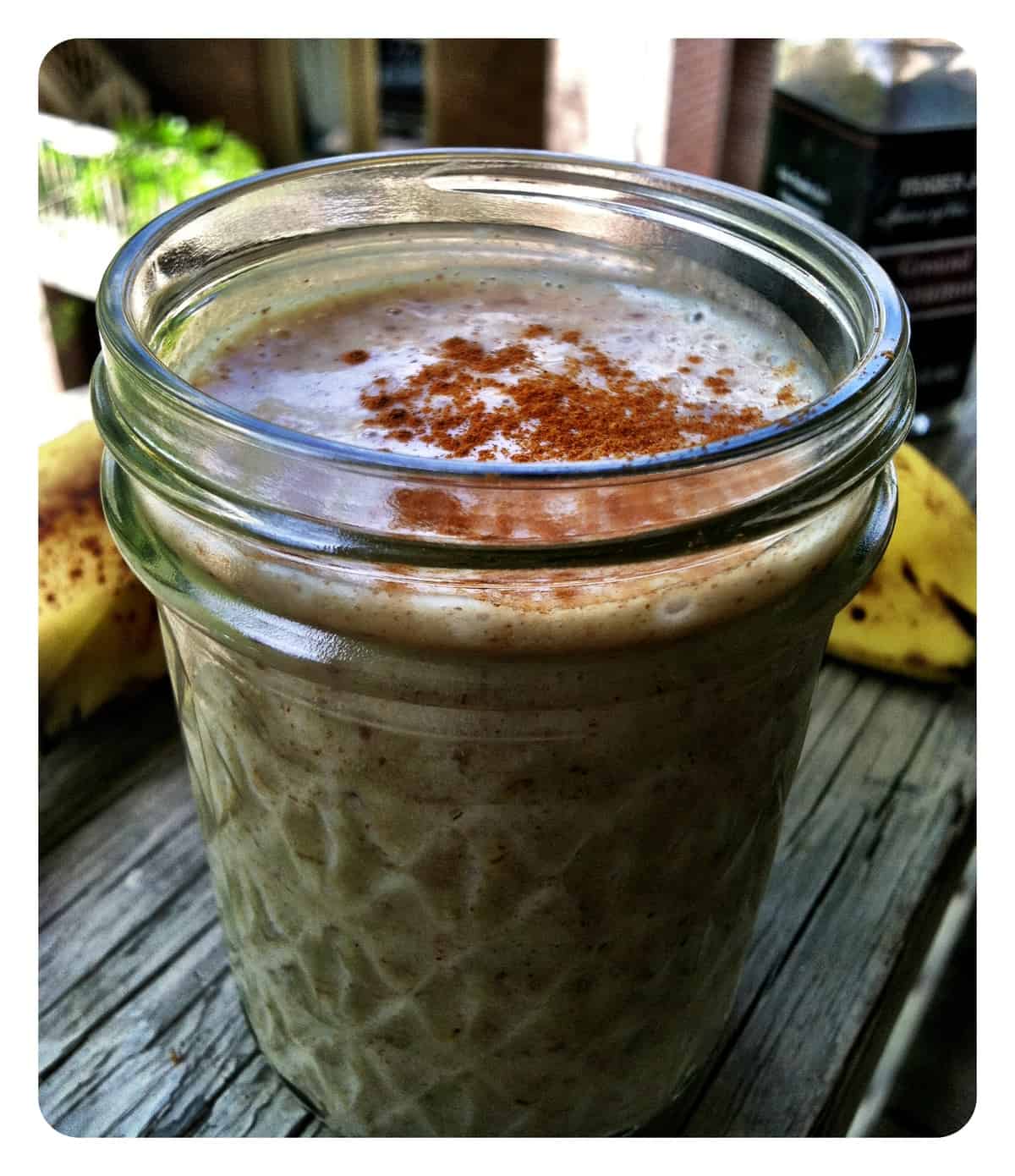 I hope this smoothie makes you snicker.  I'm off to class, where I'll probably doodle.