It got a little crazy in the kitch, but I was more than pleasantly surprised with how everything came out. I wanted to get back in the swings of things meal prep-wise, since school is starting back up soon and I won't have time to wing it for dinner every night. Lately my prep has consisted of washing, chopping and storing a big head of organic kale in a Tupperware, baking a few sweet potatoes, cooking big batches of two meals and baking healthy muffins. Baked sweet potatoes are the perfect snack smeared with nut butter (lately I've been digging sunflower butter), and they also happen to be perf sliced up and tossed in salads. 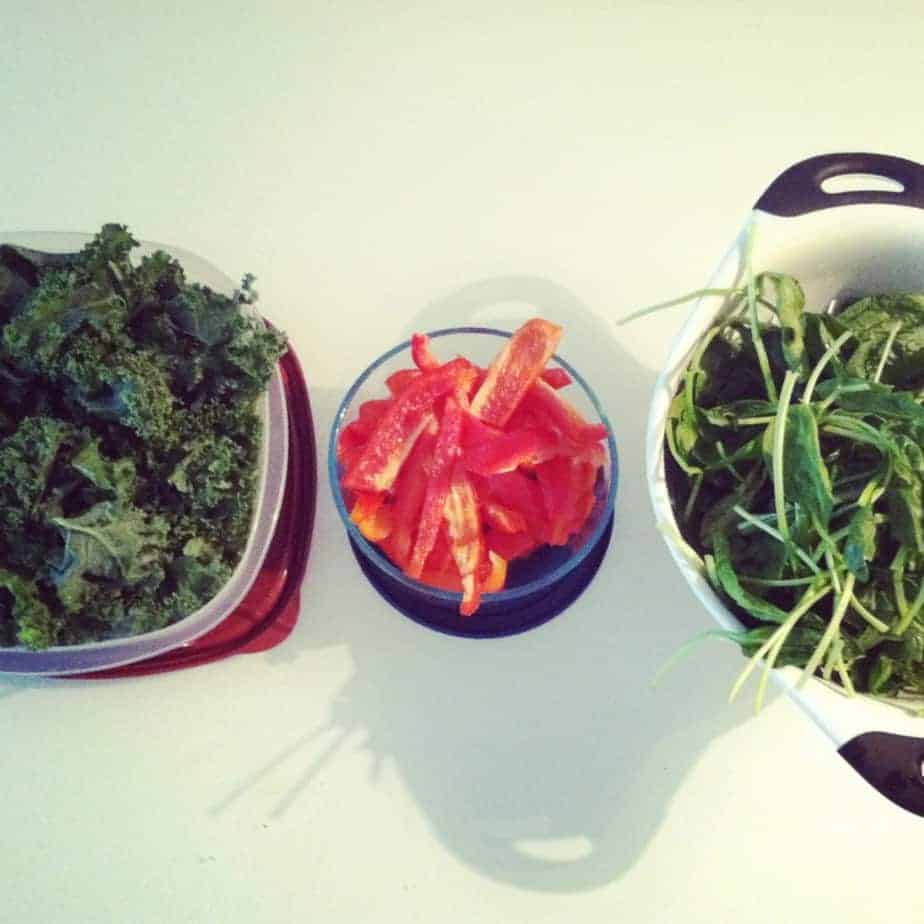 Having kale pre-washed and chopped makes you way more inclined to eat it. Same goes for having sweet potatoes already baked. You know what they say....fail to plan, plan to fail!

As far as packing my lunches go, I usually pack leftovers (quinoa salads, kale salads, bean burgers, veggie chili, tofu, tuna, etc.), along with fruit (apple, peach, berries, etc.) a healthy muffin or nut ball(s) and some nuts. Now that I have teeny Tupperware containers, I could see celery and sunflower seed butter or cucumbers and hummus becoming part of the regular rotation. Life would be dreamy if I has access to unlimited sizes of Tupperware. When I'm in a hurry or feeling lazy, I'll pack an Amy's burrito or an almond butter, jelly and flax sandwich on Ezekiel sprouted bread.

These would all be delish in the lunchbox, people! Here's what I've been drooling over this week: 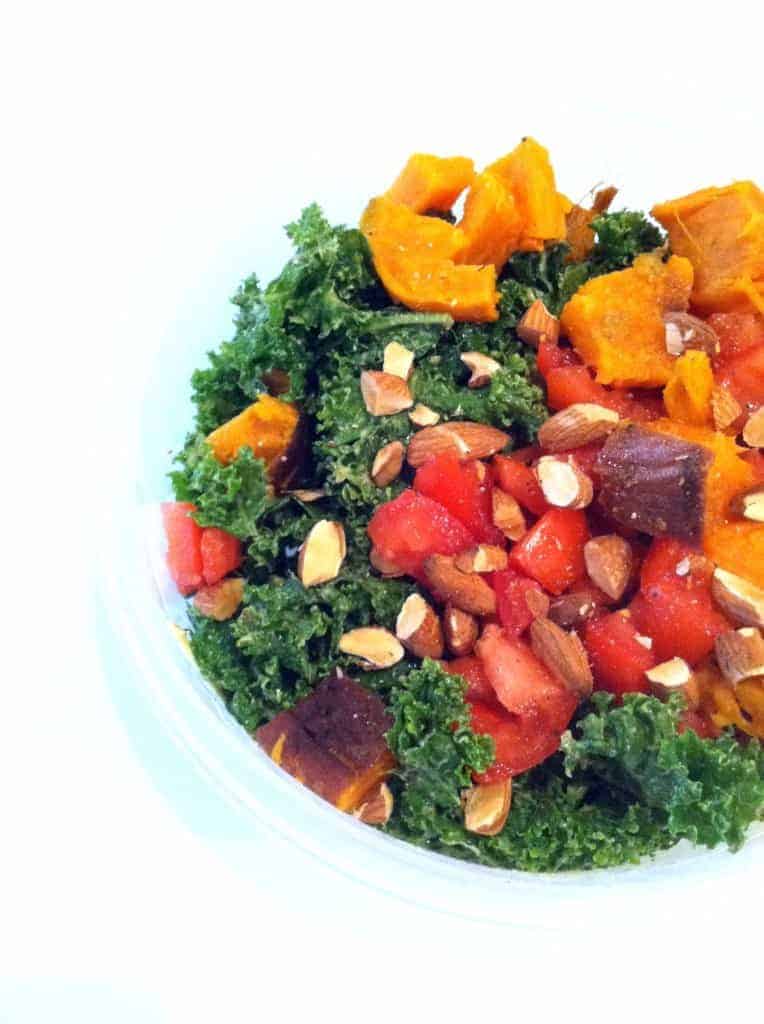 Kale salads are the shiz because a) kale is like the the most nutrient-dense food on the planet and b) massaging the dressing into the kale means you don't have to find an itty bitty container to pack dressing separately (hate that).  Drizzling random dressing over kale does not make for a tasty salad. You literally have to dump on the dressing and massage it into the greens for a minute to break them down. That way, the kale is less bitter and each bite is filled with dressing goodness. I made a batch of this easy avocado dressing, which tastes amazing massaged into the kale. My topping lately have been a chopped baked sweet potato, diced tomato, almonds, and/or tempeh bacon. 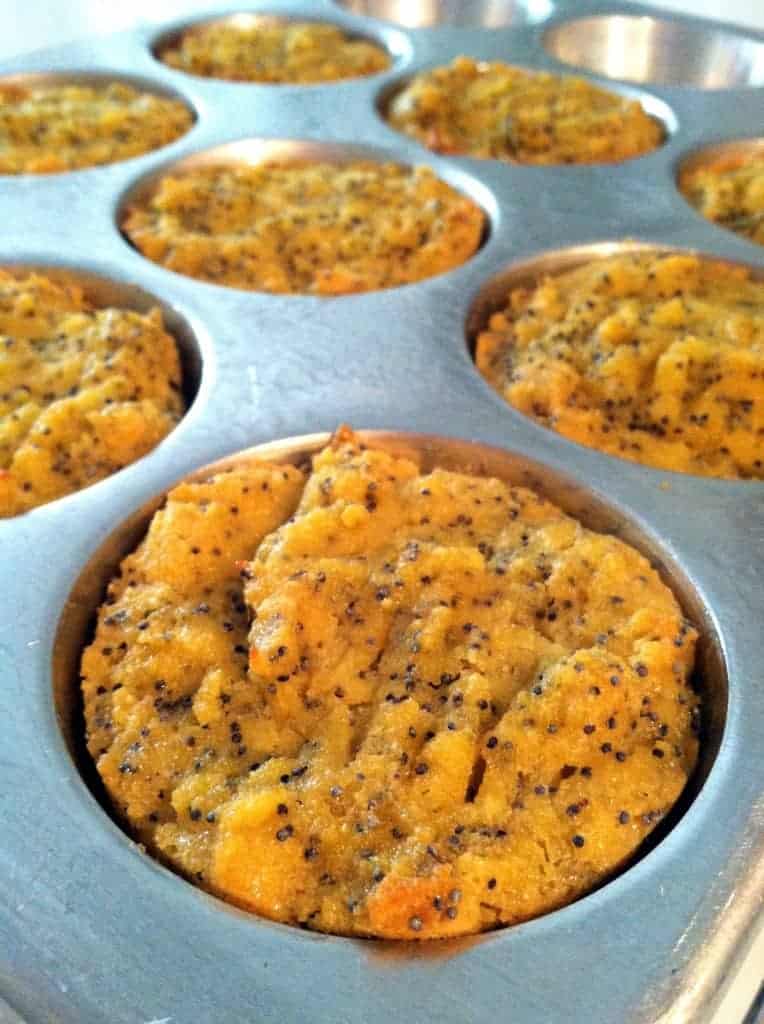 Ummmmm I don't even know if I can do these justice with words. They're ridiculously moist and perfectly lemony. I got exactly two tablespoons of poppy seeds for like fifteen cents in the bulk bins at Whole Foods. I did make a couple changes, including using the juice and zest of three lemons instead of two and using ¼ cup of honey + liquid stevia instead of ⅓ cup of honey. They're high in protein and fiber, making them a great lunchbox addition. Her flourless apple cinnamon muffins and cauliflower biscuits are also outstanding and totally lunchbox-able. My love affair with coconut flour doesn't appear to be ending anytime soon. I've been prepping a couple raspberry mug cakes with coconut flour as mid-day snacks, too! 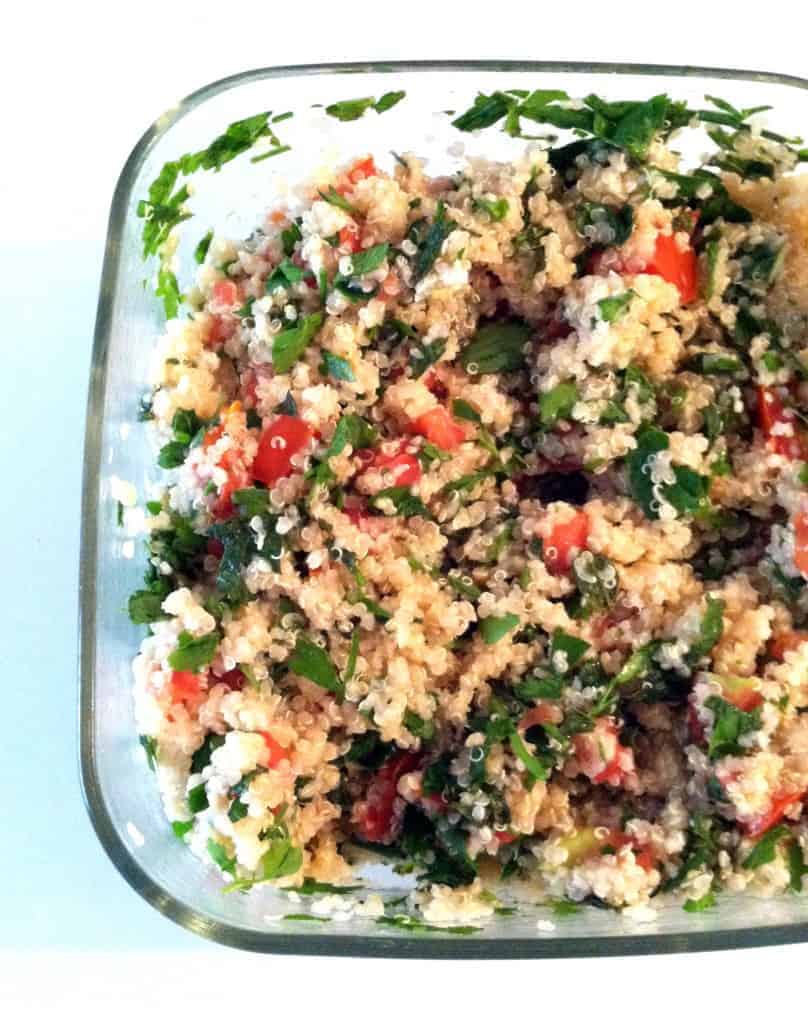 I got a huge bunch of mint and parsley plus lots of tomatoes from the Garden of Hope in anticipation of making this recipe. It's so ridiculously simple but perfectly light and flavorful. Quinoa can be boring, but the fresh herbs and lemon juice really make this dish shine. Adding chickpeas or cubed tofu would make this perfect for a light summer dinner. If you're not veggie, you could easily add some diced chicken to make this a complete meal. I adore her channa masala and almond butter chocolate chip cookies, too! 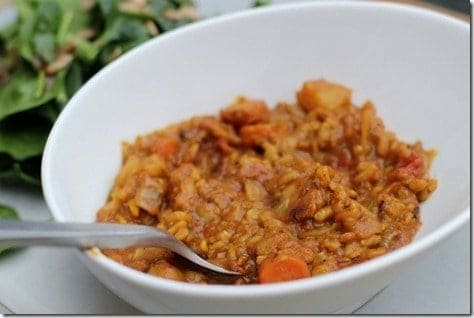 I'm absolutely obsessed with this soup. It's almost TOO easy. It came out so perfectly creamy from the lite coconut milk and spiced to perfection from the curry powder and ginger. I love all of Emily's recipes and they're all even better as leftovers in your lunchbox. Other delicious ones I've tried include 20 minute 4-bean chili, chickpea hummus burgers, favorite homemade salad dressing, spaghetti squash with vegan mushroom cream sauce, pumpkin cinnamon-spiced ice cream, whole wheat oatmeal banana bread and my all-time favorite...crispy blackened tofu.

What are your go-to lunchbox picks? Do tell!