A liquid peanut butter and jelly sammie doesn't even sound all that dreamy. Rest assured, it's freaking dreamy times seventeen. 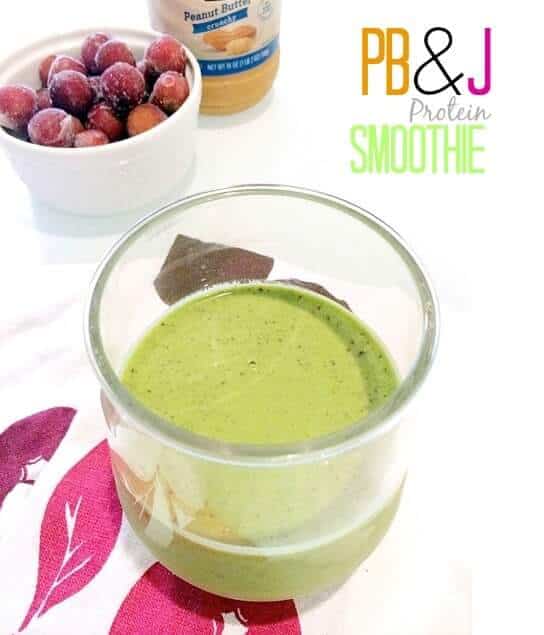 Like if I could be FBO with this smoothie, I totes would be. In all reality, our Facebook relationship status would more than likely warrant the "it's complicated" status, considering the fact that I often cheat on it with my favorite blueberry chocolate green smoothie. But no matter how you look at it, I'm in a serious relationship with this pb&j smoothie.

I can no longer stomach a smoothie that isn't made with some kind of healthy fat, whether it be avocado, almond butter, chia seeds or hemp seeds. Once you go creamy, you never go back. If you thought frozen nanners added creaminess, you have another thing coming. Adding healthy fats make them totally unparalleled in thickness. In fact, they're more like milkshakes than smoothies. They're the reason I go to bed excited for breakfast. It's by far the best relationship I've ever been in. 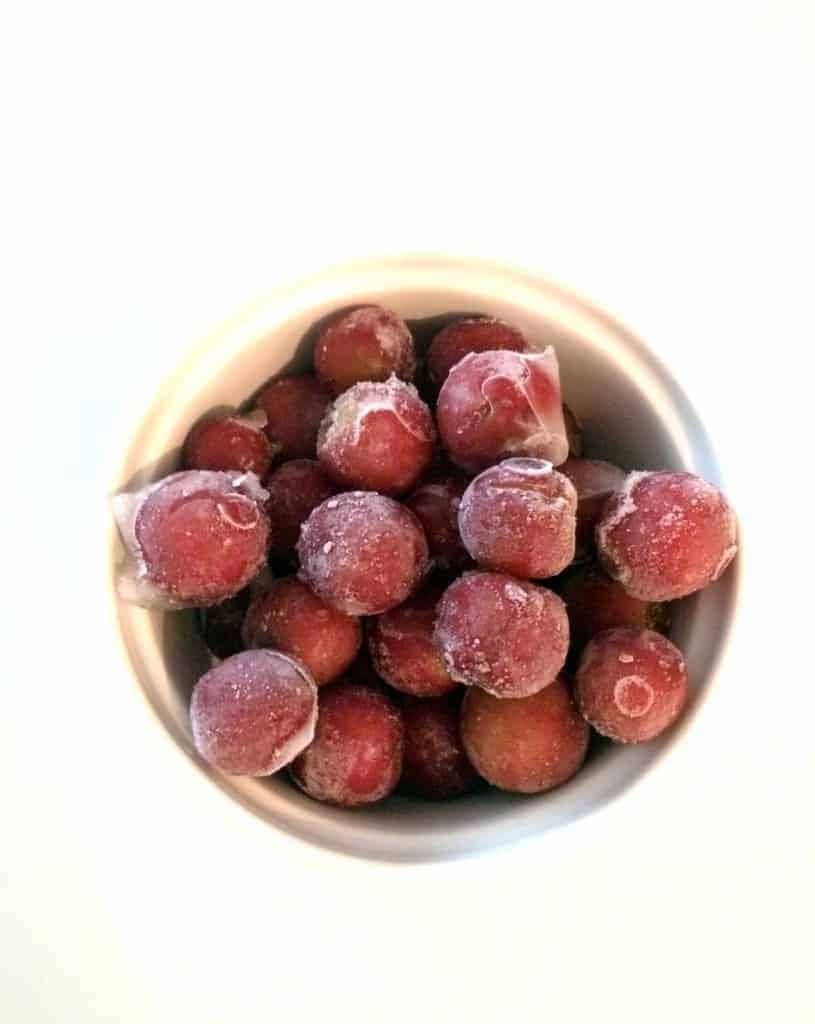 Frozen grapes aren't just for late-night snacking, my foodie friends. They're for this smoothie, which you need to make like yesterday. I know some of you are going to ask what you can subsititite for hemp hearts, but they're the reason for the "protein" title so you really should just go and buy some. Why, you ask?

Well, I recently snagged a bag of hemp hearts on sale at Whole Foods because I'm that person that buys superfoods when they're on sale even though my pantry is chock full of them already. I immediately fell head over heels in lurve with them as soon as I added them to this delish peanut butter chocolate protein shake from Detoxinista. Three tablespoons of those bad boys have a whopping ten grams of plant-powered protein to get you through the morning. Wowza! I'm so over smoothies that taste like protein powder. Blech. 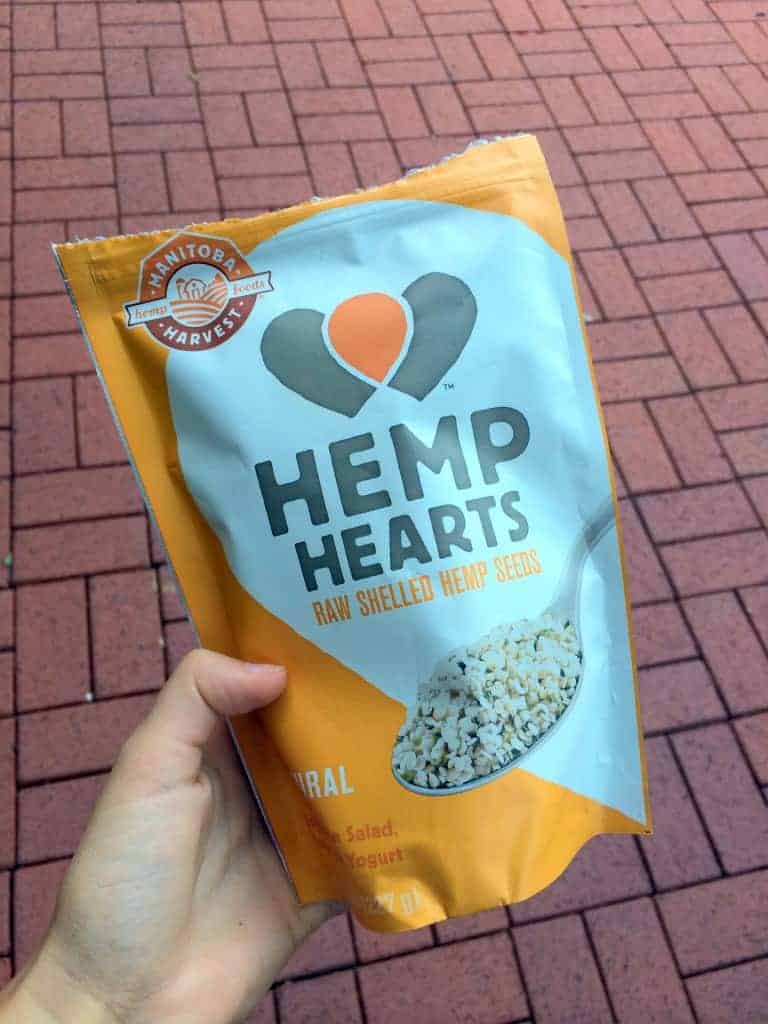 These seedies pack one serious nutritious punch. Hemp is a complete protein, meaning it contains all of the essential amino acids--quite an accomplishment in the plant world! Besides the fact that these nutty seeds are packed with protein, they're also loaded magnesium, fiber and healthy fats (specifically those brain-boosting, anti-inflammatory omega-3's). You may see them labeled as hemp hearts, which just means that they've been shelled. That's what you want. I bought the Manitoba Harvest brand, but they're often sold in the bulk bins as well.  Since they're so itty bitty, you can basically throw them into anything, from no-bake bites and homemade granola bars to smoothies and salads. 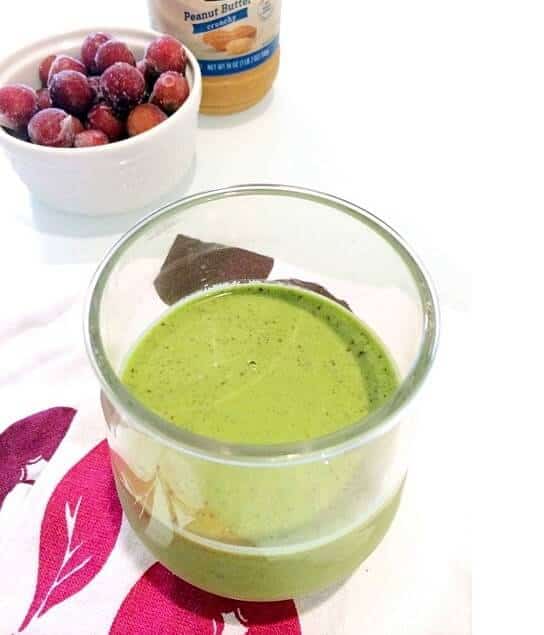 You need this in your life. Just ask my friend April. I gave her the recipe yesterday to try out and this was her response, word for word: "Holy shit this smoothie is the bomb. No joke my new fave. HOLY YUM! I can really taste the pb which is nice. I'm winning today. I'm literally freaking outover how good this is. I'm drinking it crazy fast haha. Usually smoothies don't taste THIS good. Already excited for tomorrow's smoothie bfast. Best smoothie of life." The texts also included a thumbs up emoji and a selfie of her gulping it down. Do you think she liked the smoothie errr no?

If you like it even half as much as April does, I'll be overjoyed.

This creamy and refreshing smoothie is loaded with protein and tastes just like a classic PB&J!