What a week. We officially launched Alchemy Meal Prep (check out the post here). I can't thank you enough for your kind texts, messages, and overall support. It's been such a joy to debut my latest labor of love with you all and hear your excitement.

Today I'm headed to a workshop on effective servant leadership in Ann Arbor, Michigan with some of our Alchemy managers. It's been really neat to invest more in our people this year!

Taco night. I always use the recipe I posted last week for chickpea walnut taco meat. Is there anything better than homemade guac? 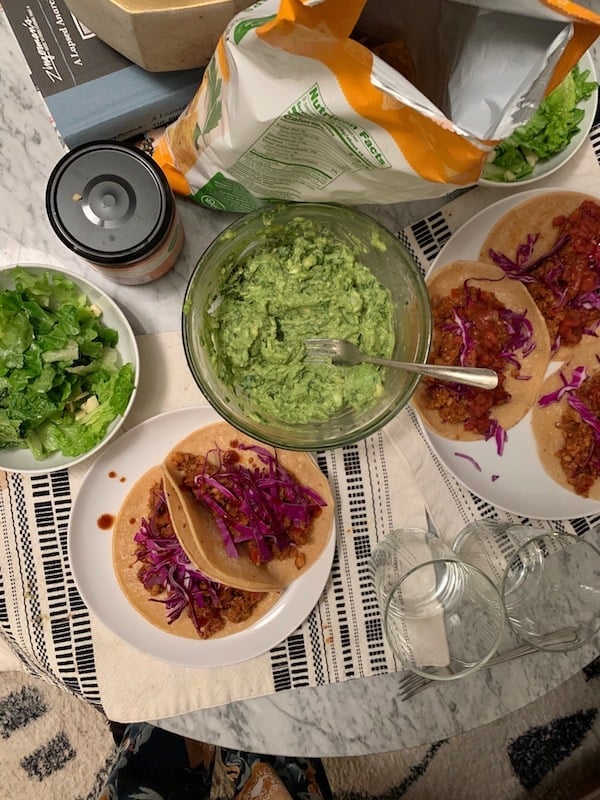 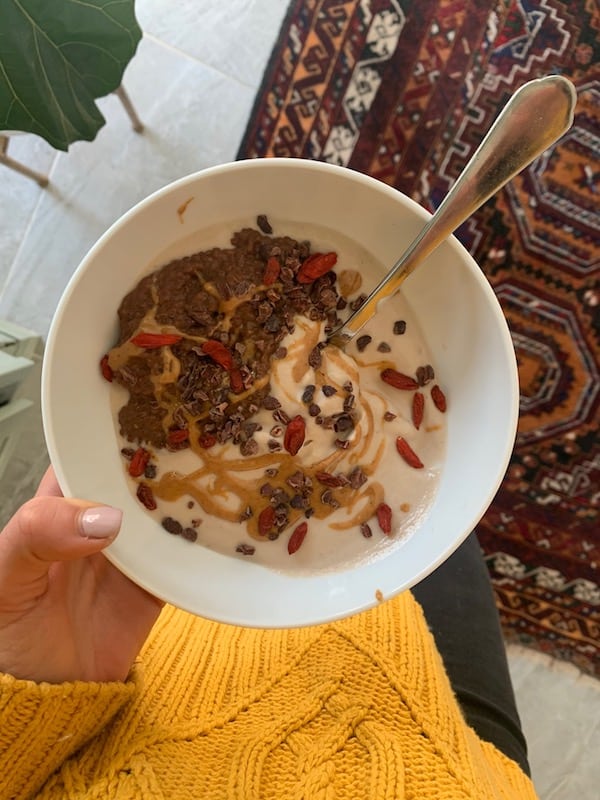 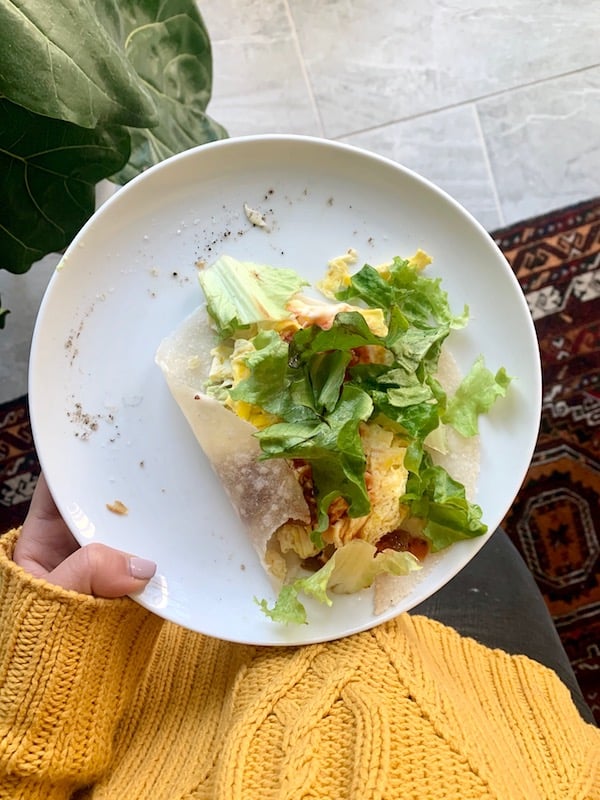 Lately when I'm busy in the morning, I have cereal for breakfast and it's actually really freeing to not feel like I have to spend 20 minutes making something amazing. Jeff eats cereal a lot with eggs if he's not feeling oatmeal. 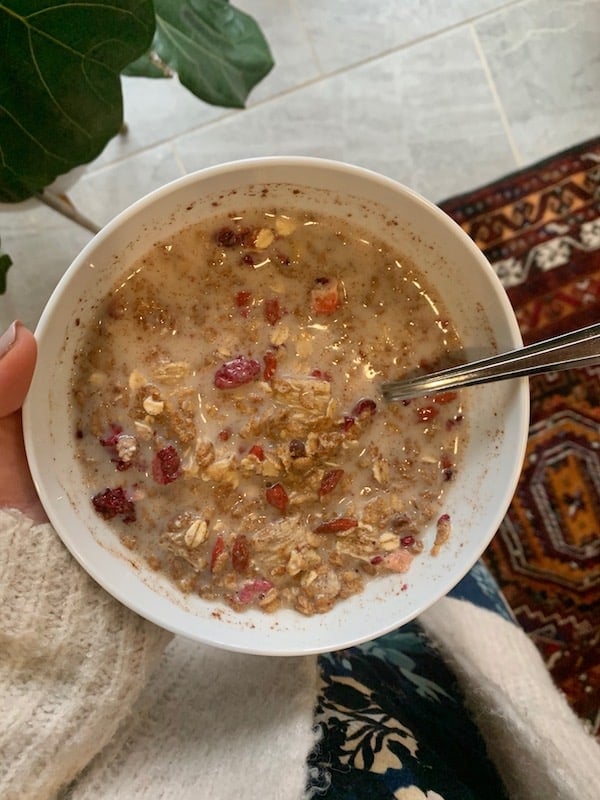 We like the Engine 2 Rip's Big Bowl and also Toasted Wheatfuls, which we get at Kroger.

We'll often add a sprinkle of cinnamon, goji berries or cinnamon banana chips, and cacao nibs for texture and sweetness since we typically stick to less sweet cereal. 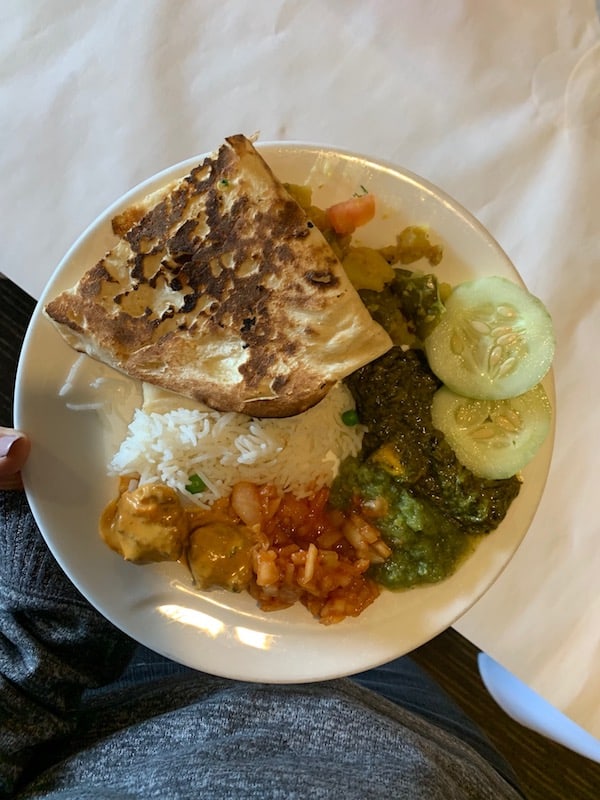 We're rolling out a new Mexicana Bowl at Alchemy Kitchen that's going to knock your socks off. We're also adding chicken to the menu next week! 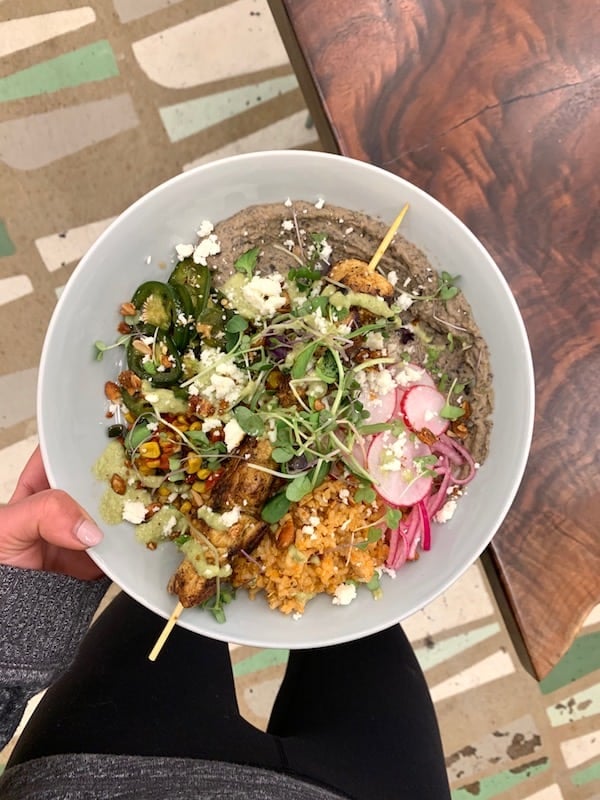 Whole Wheat Pancakes with blueberries (frozen wild blueberries microwaved with chia seeds and maple syrup) and eggs. Our go-to weekend spread when we're not going out for brunch. 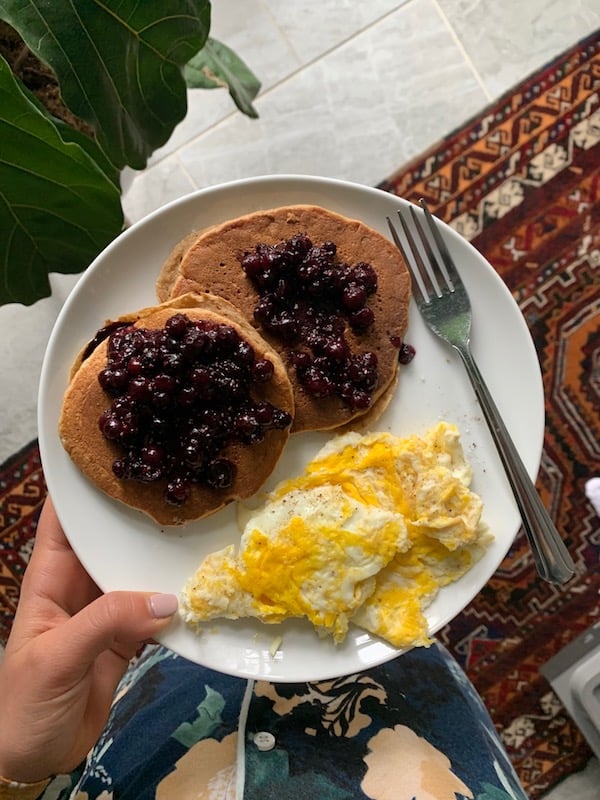 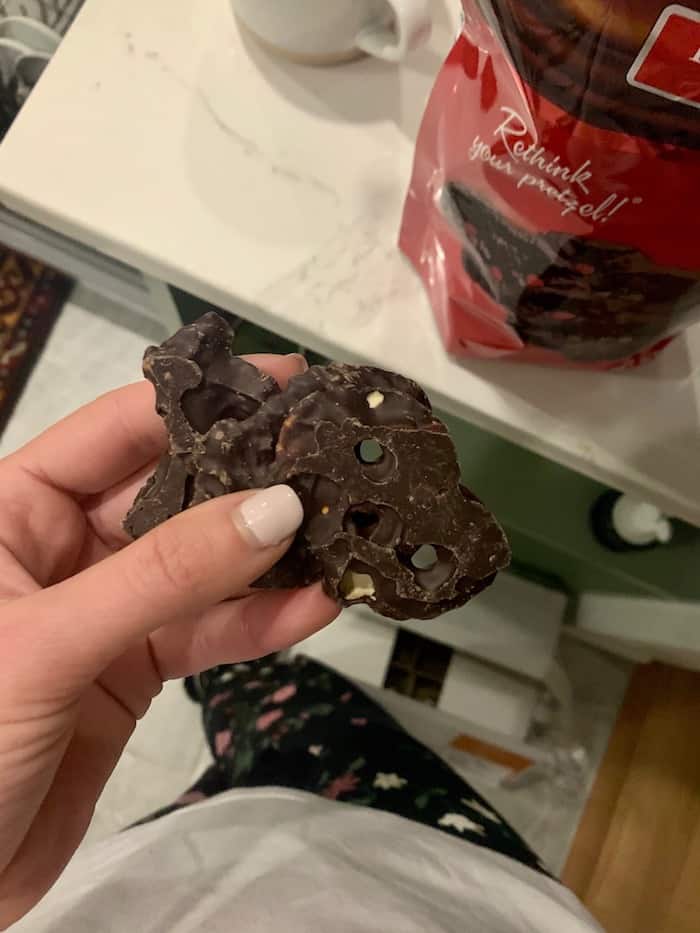 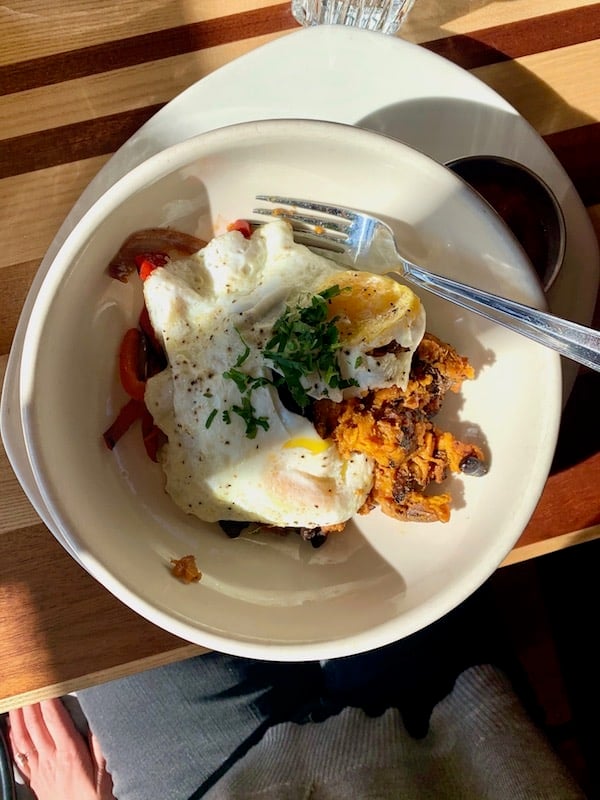 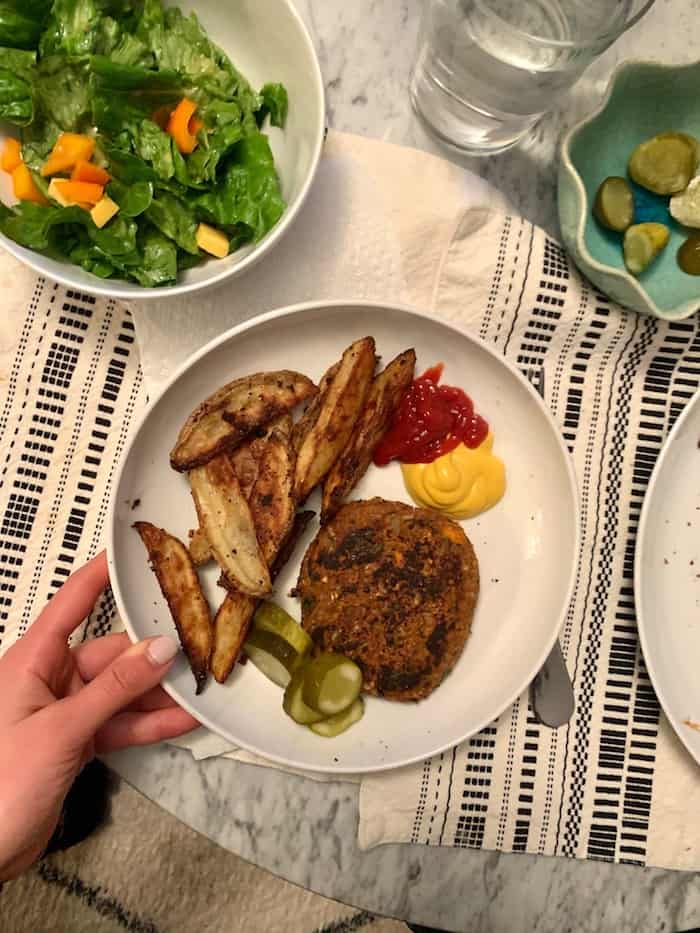 I made the most ridiculously delish sandwich the other day with peanut butter and banana on one side and chocolate chips on the other. I heated it on the skillet sprayed with cooking spray so it got all warm and toasty. 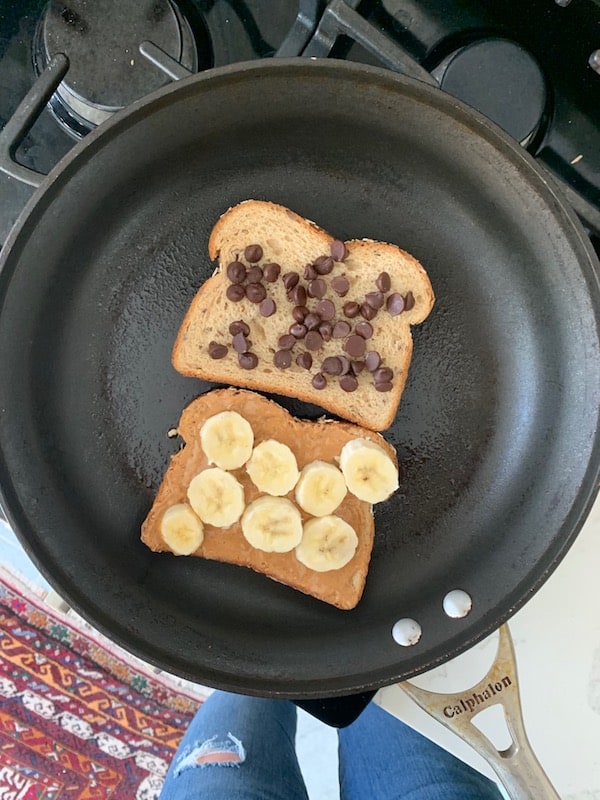 Cherry Chocolate Shake (this one but 1 cup frozen tart cherries, no ice, add spinach). I've been loving a smoothie as a refreshing snack lately! 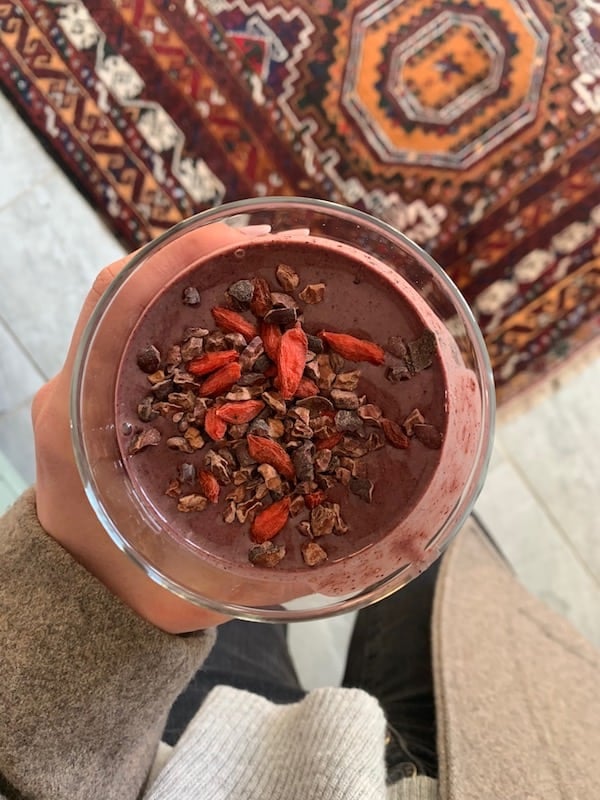 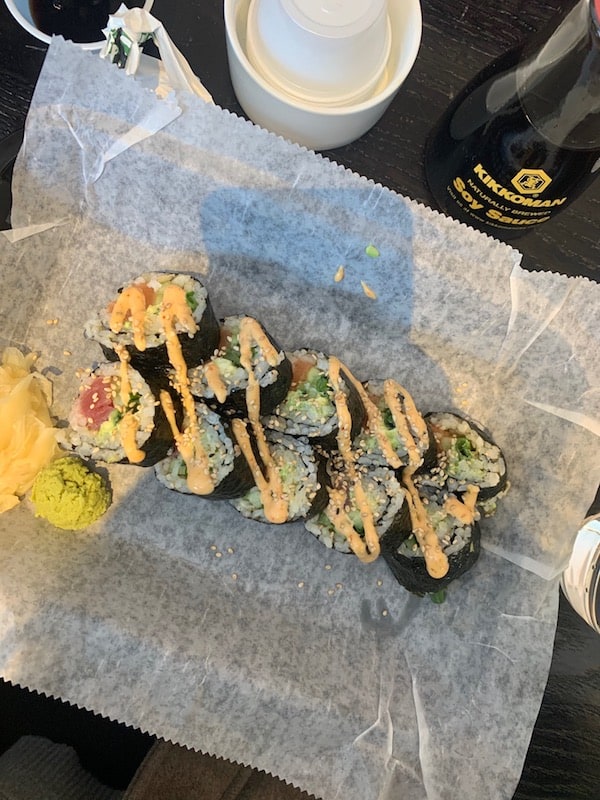 Have a stellar week! And be present.