I’m officially five days out from heading to the hospital for a month before my c-section hopefully at 36 weeks, or around January 4th. I’m definitely feeling anxious about leaving home but I know there’s an adorable pot of gold at the end of the tunnel!

The good news is that I have plenty of work to do between writing content ahead of time for the blog and everything with the restaurants, so hopefully I don’t get too bored. I know I’ll get plenty of reading done, too!

I haven’t been sleeping super well lately, which may be due to nerves or just pregnancy. Other symptoms have also come back with a bang, including food aversions (water is not my friend) and indigestion. I no longer crave the all the “normal” food I did in the second trimester.

I pretty much want bagels, pizza, lemonade, eggs, pancakes, and sweets all the time. Soooo get ready for a post that’s basically bread, LOL.

The most delish matcha energy bites! 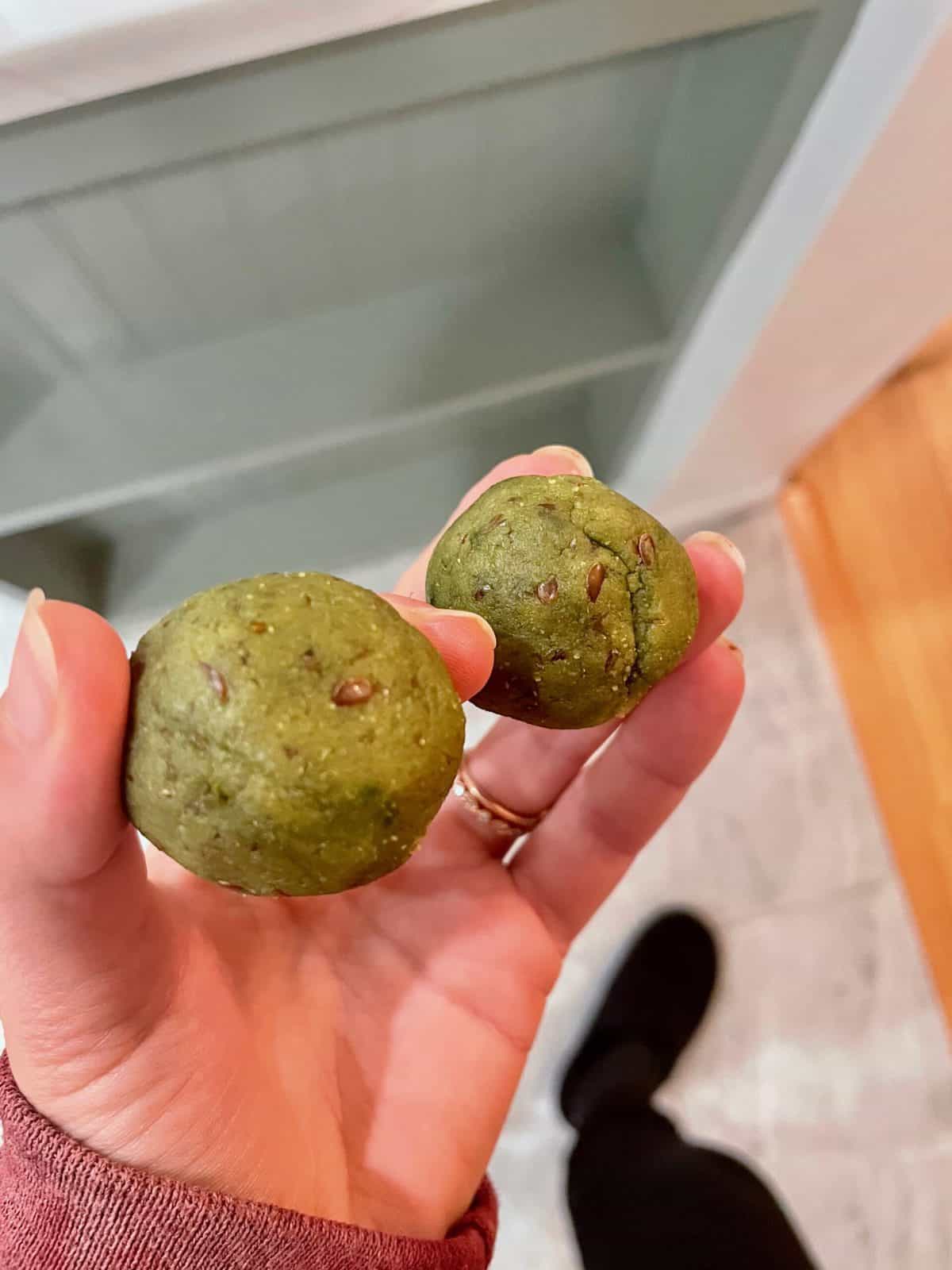 Blueberry cacao smoothie with frozen spinach, cauliflower and zucchini instead of ice (trying to get veggies!) plus a Dave’s Killer Bread everything bagel with cream cheese (I ended up having both halves). 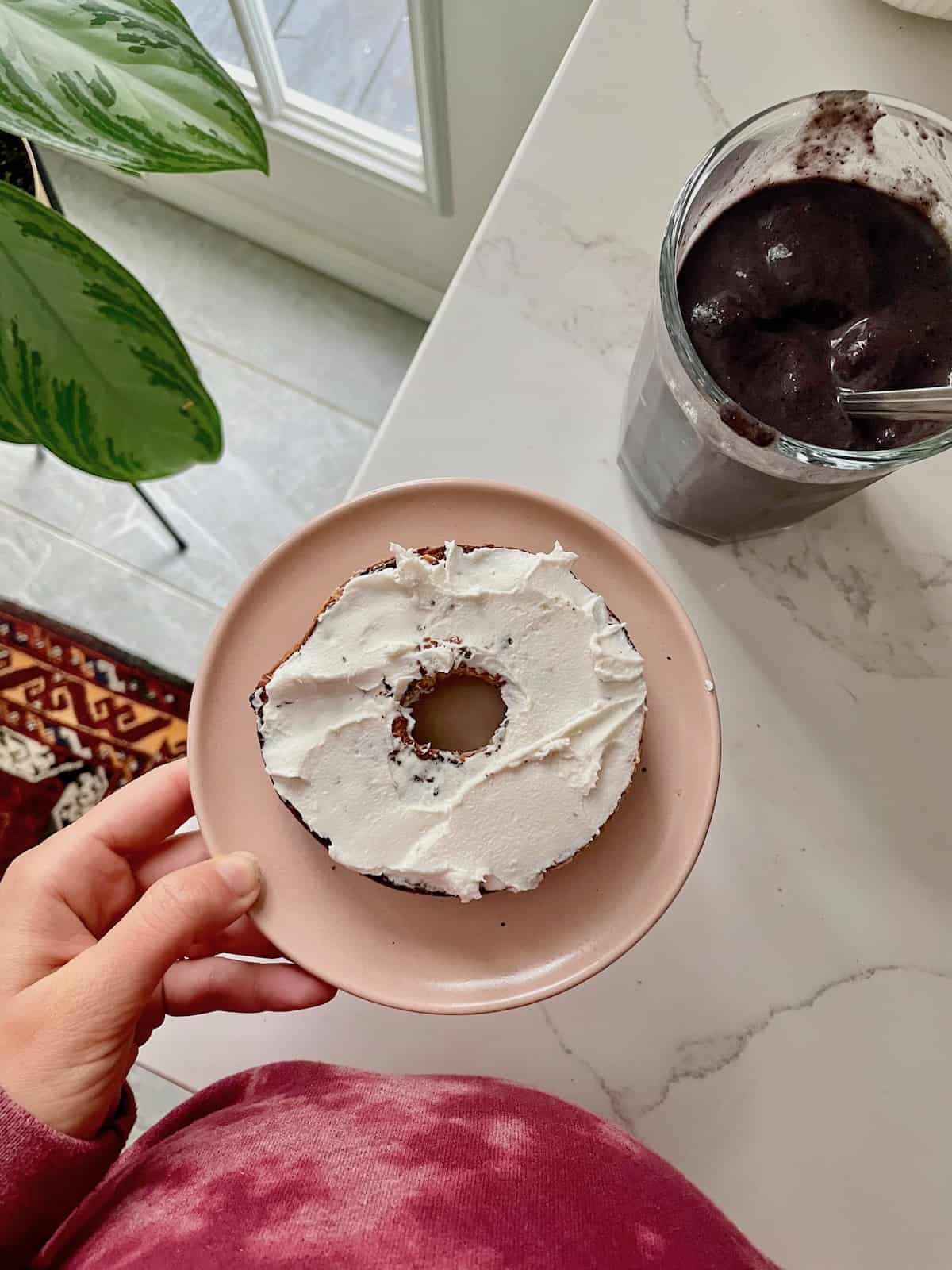 Yummy French toast! To make, whisk together 1/2 cup almond milk, two eggs, a splash of OJ and maple syrup, vanilla, almond extract, and cinnamon in a mixing bowl. Pour into a 9x13in dish and soak four pieces of bread for a few minutes on each side. 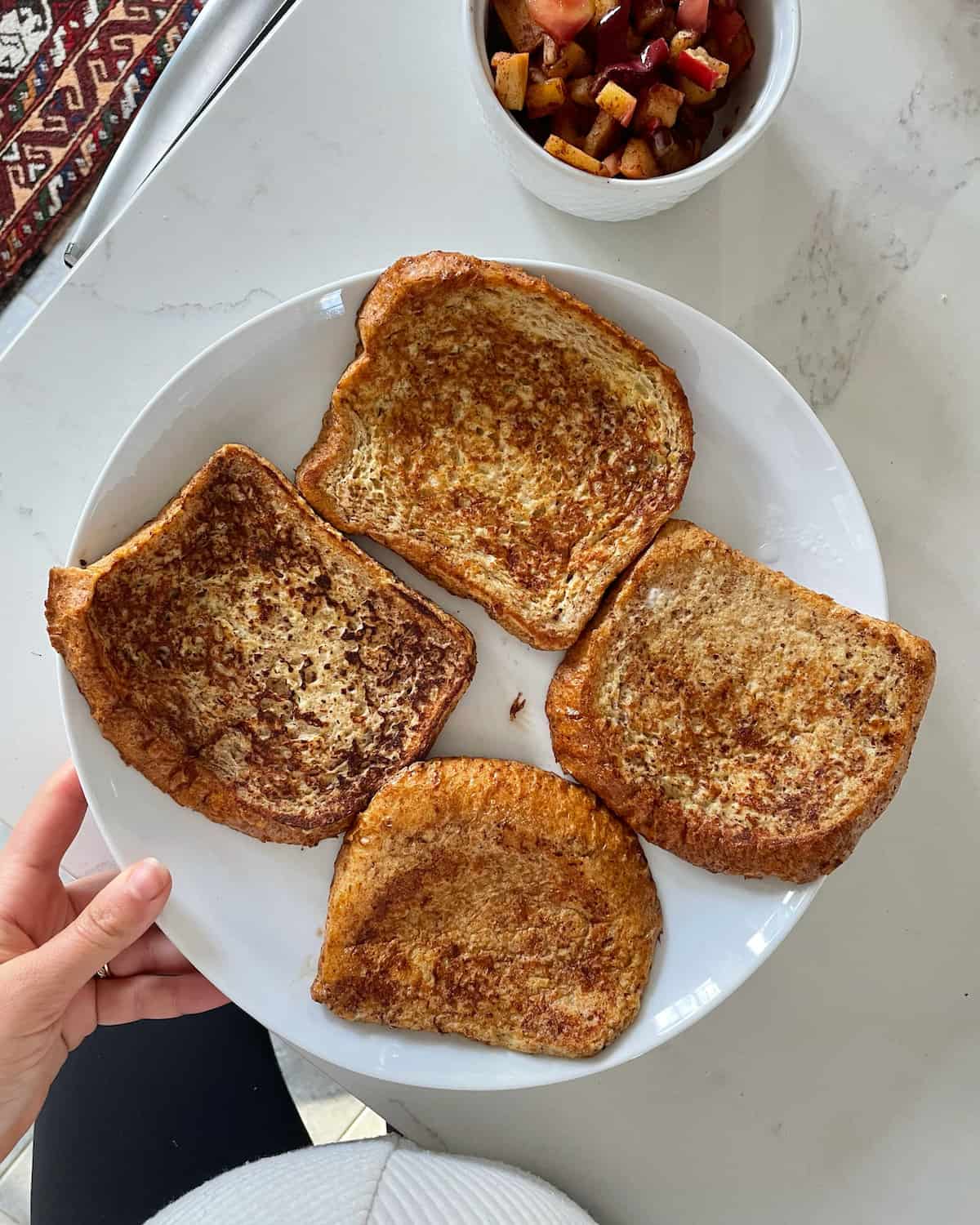 Meanwhile, sauté a couple chopped apples with cinnamon until soft for the topping. Cook bread on a skillet until golden. Eggs and bottomless coffee on the side!

Aladdin’s mujadara salad with baba ganoush and grape leaves. The most veggies I ate all week! 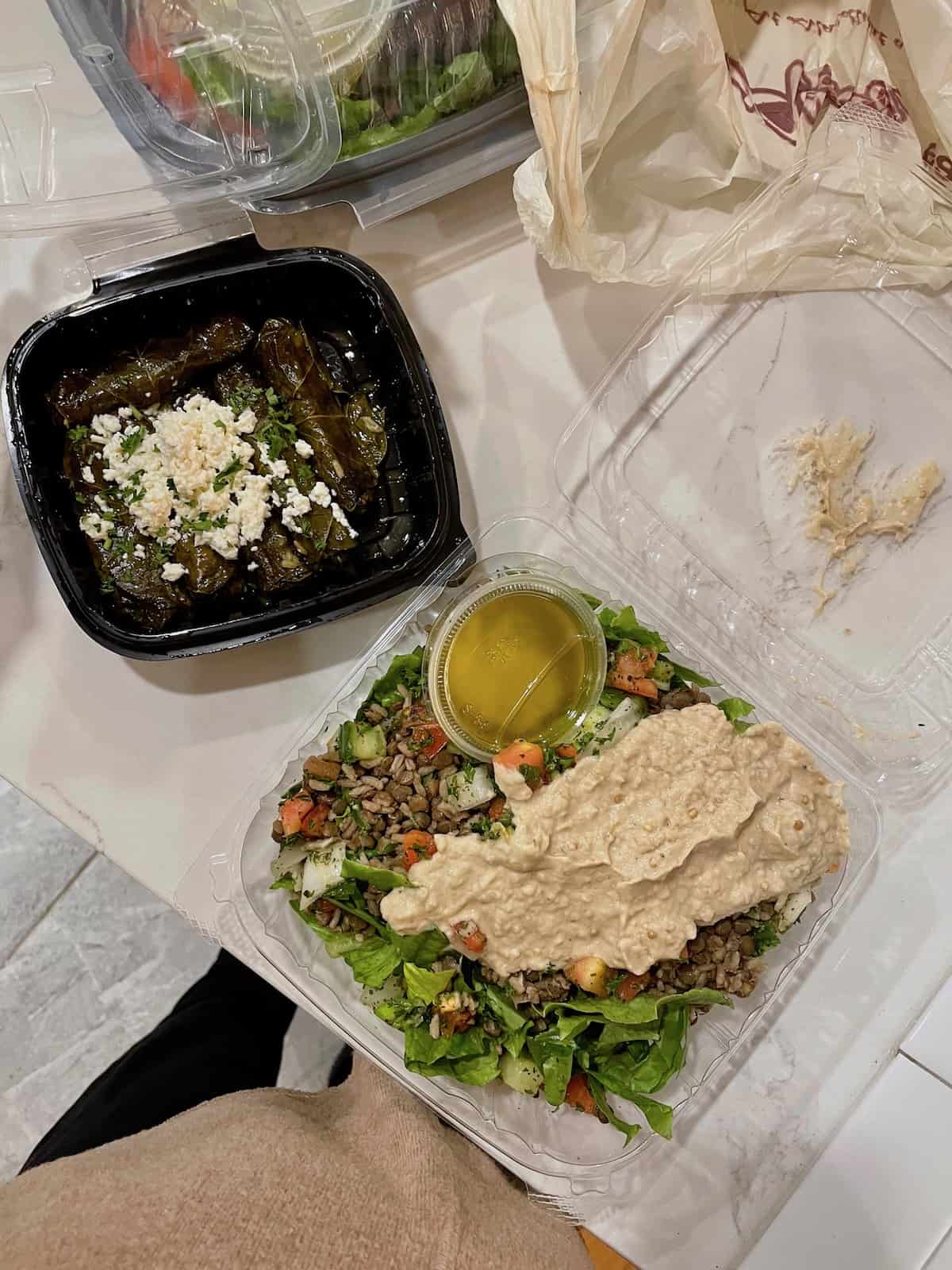 I woke up at 4:30am on Thanksgiving and thought, “why not make cinnamon rolls!” I used this no-yeast recipe for the dough and they were insanely good. For the filling I did 2 tbsp melted butter, 1/2 cup brown sugar, and 2 1/2 tsp cinnamon. I also did a quick glaze. I’ll definitely be making these again! 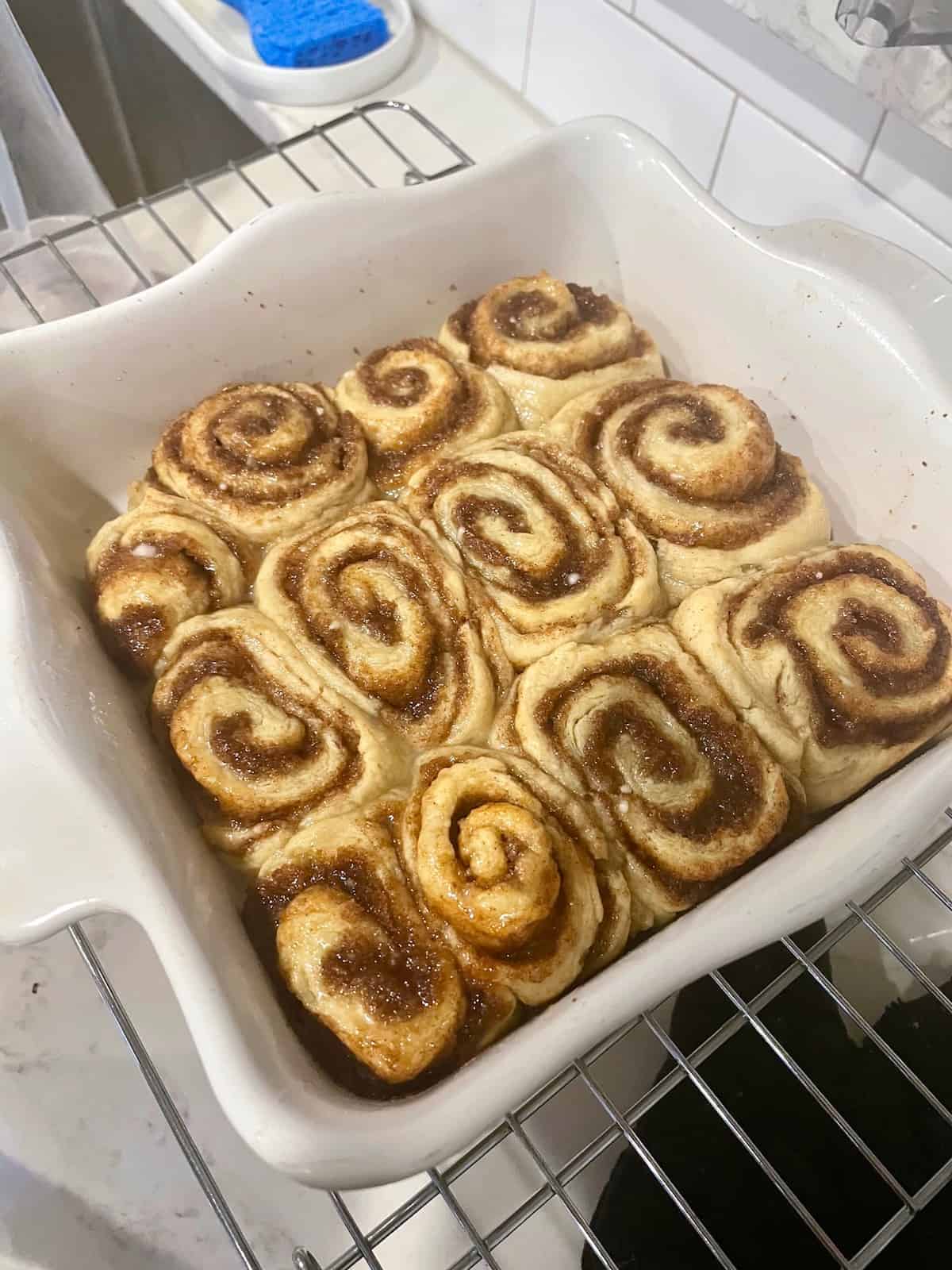 After Thanksgiving I took the turkey carcass (I’ve been eating meat here and there) and boiled it with water, celery, onion, carrot, peppercorns, and turkey rub spices for a couple hours. Then I strained it and refrigerated it overnight. The next day, I skimmed the fat and added some water since it was crazy gelatinous.

I had a bunch of broth to freeze and then with the rest I made soup by sautéing carrots, onion, celery and parsnips and then boiling everything for 20 minutes with the broth and spices. I added brown rice and it was seriously one of the best soups I’ve ever made! The flavor was out of this world. 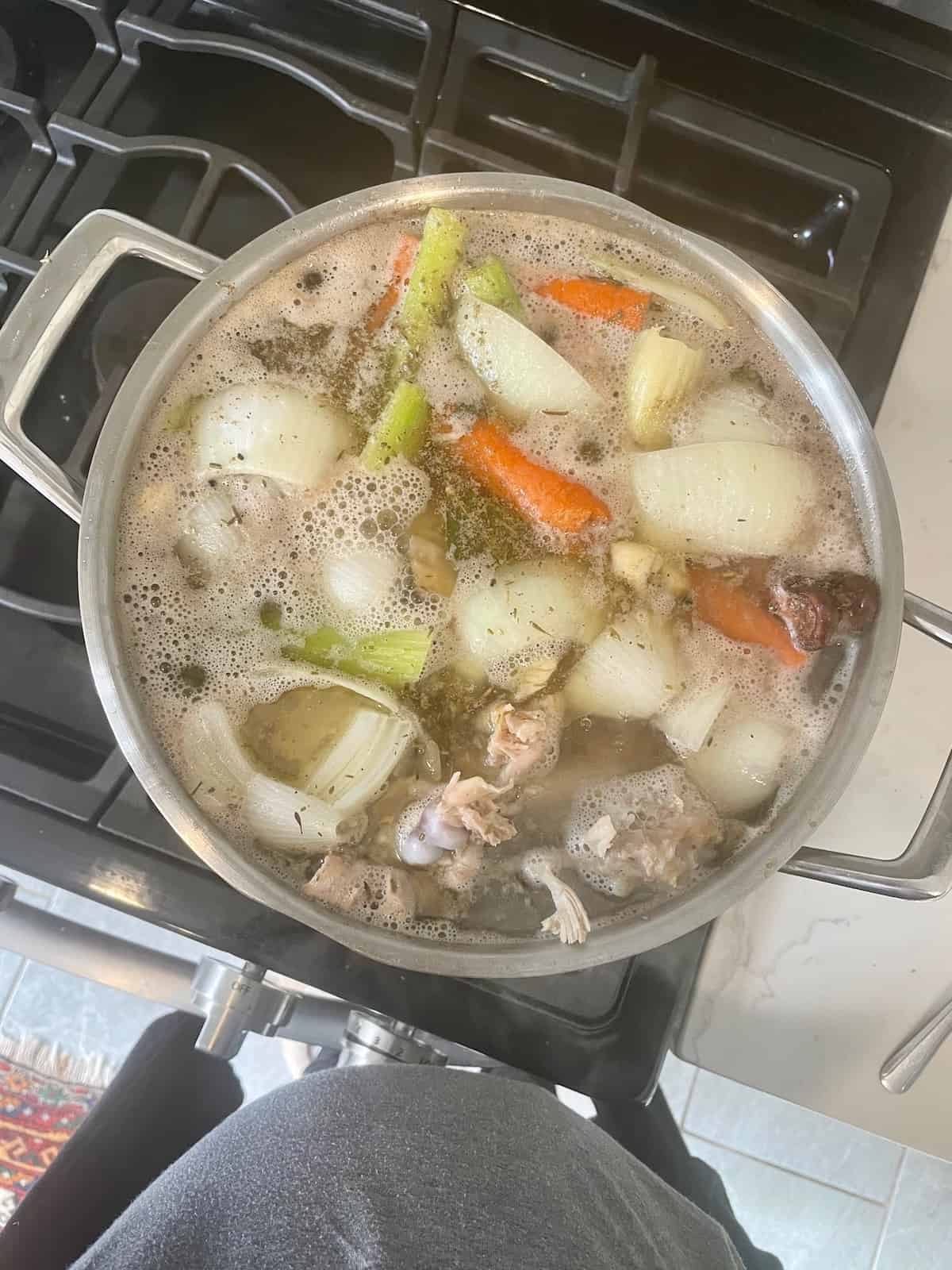 Everything bagel, one half with cream cheese and one with sunflower butter + cranberry sauce. 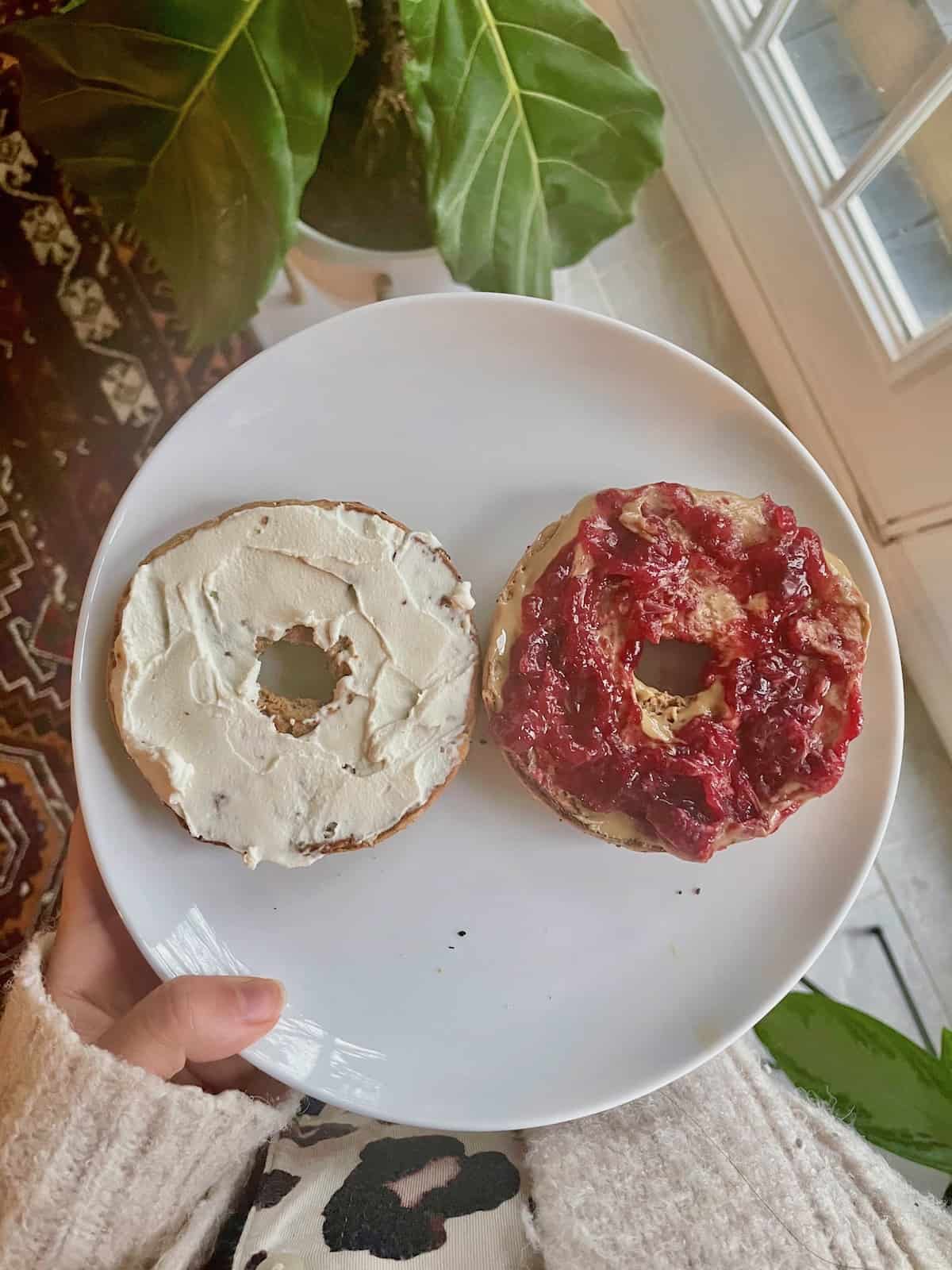 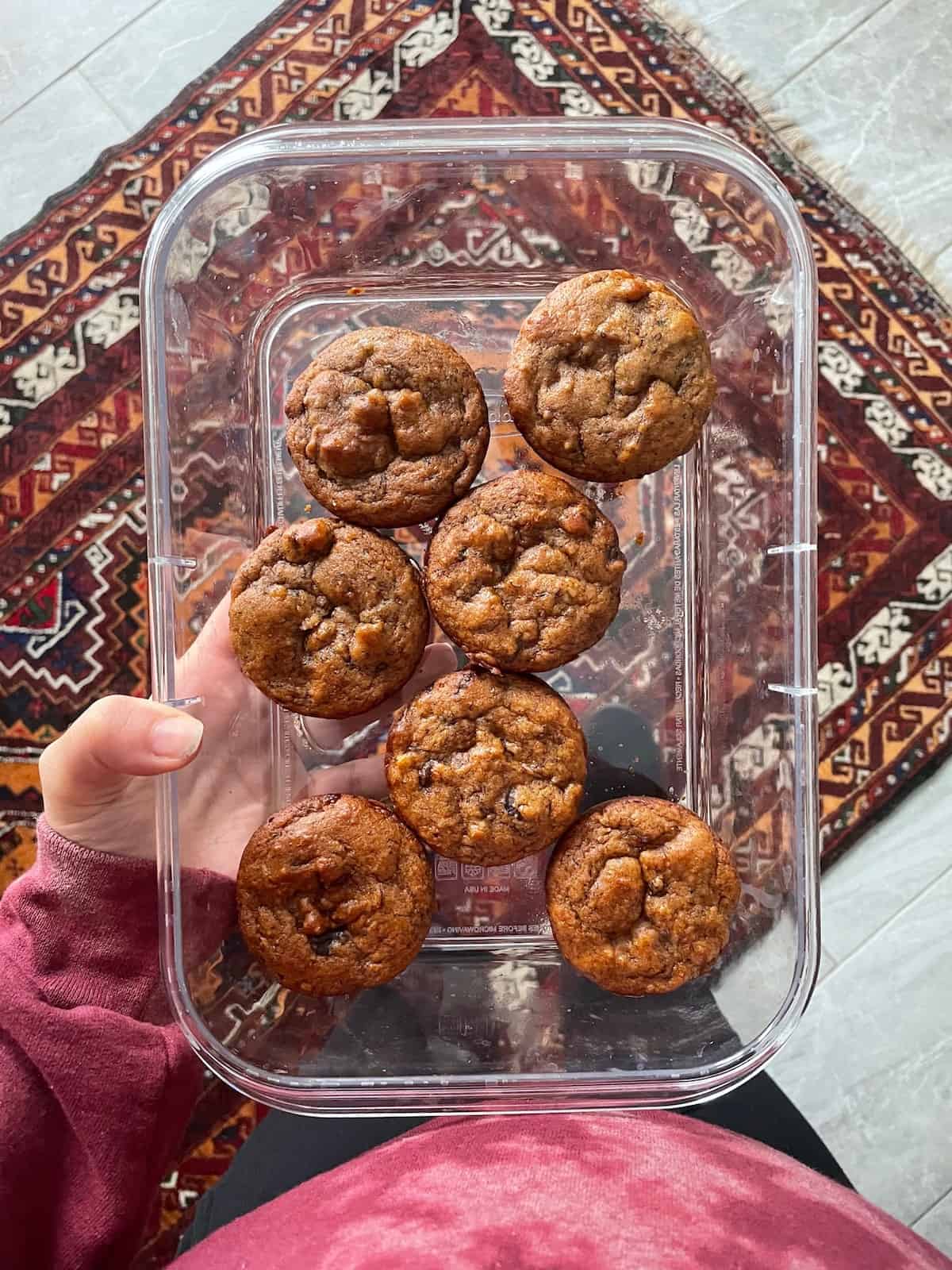 Jumbo chocolate chip cookies! I used potato starch instead of arrowroot and they were quite tasty. The definitely have an almond flavor, though. 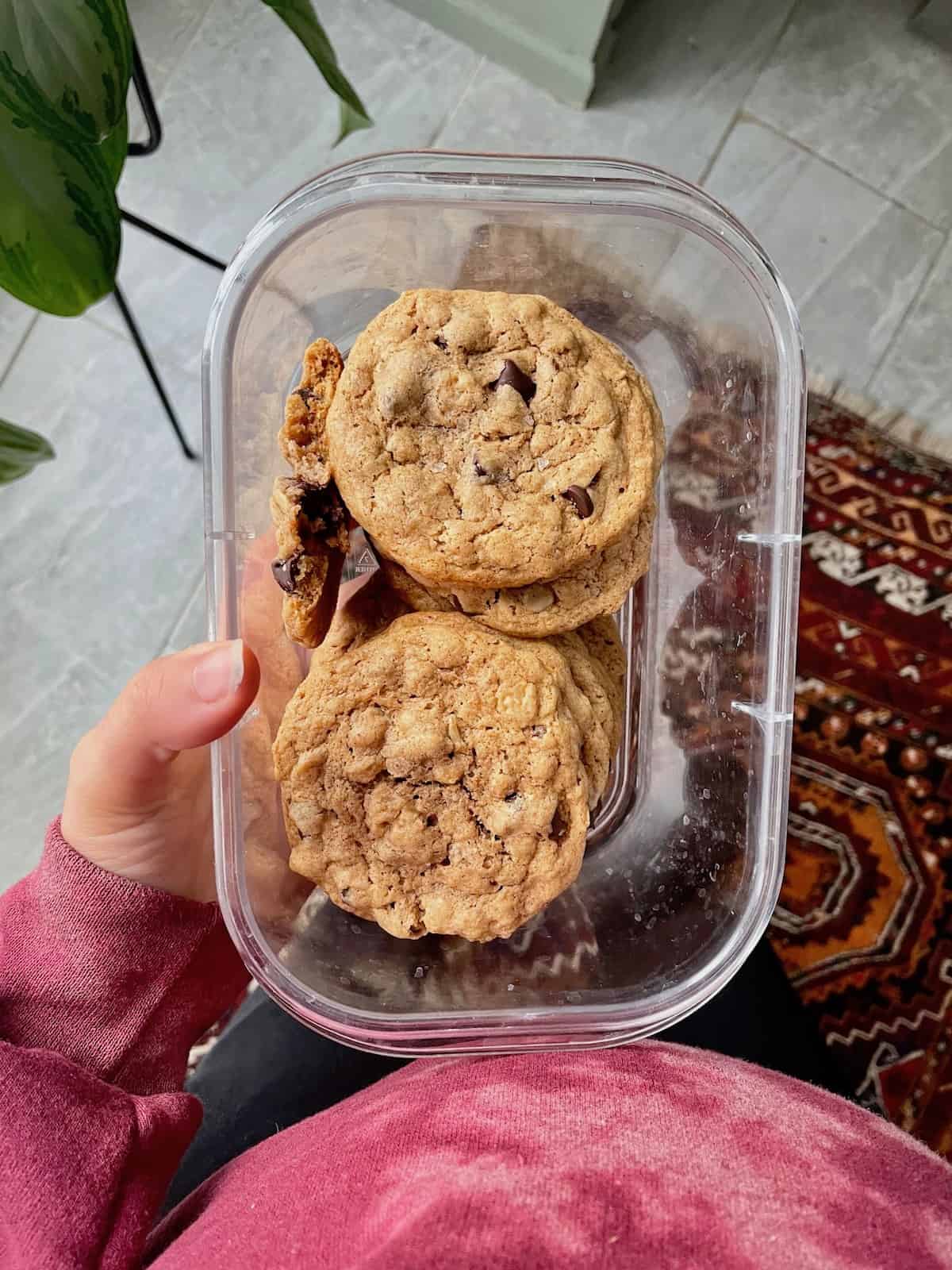 Pancakes topped with Honeycrisp apples and eggs on the side. 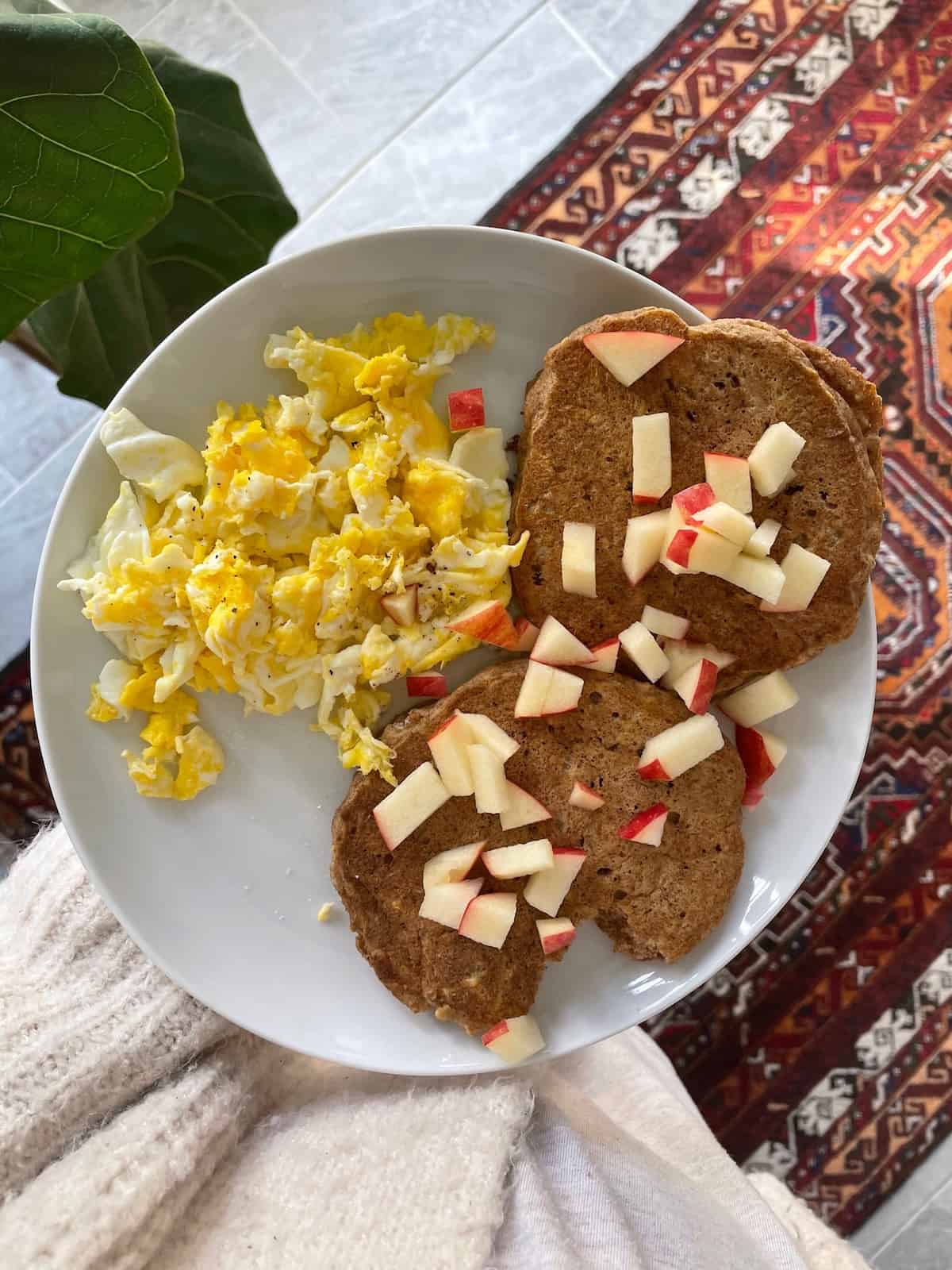 We had everything to make tacos but all I wanted was pizza…again. Donato’s with banana peppers for the win! Salad on the side (I love salad on top of pizza). I had a couple pieces straight from the box before this picture, too! 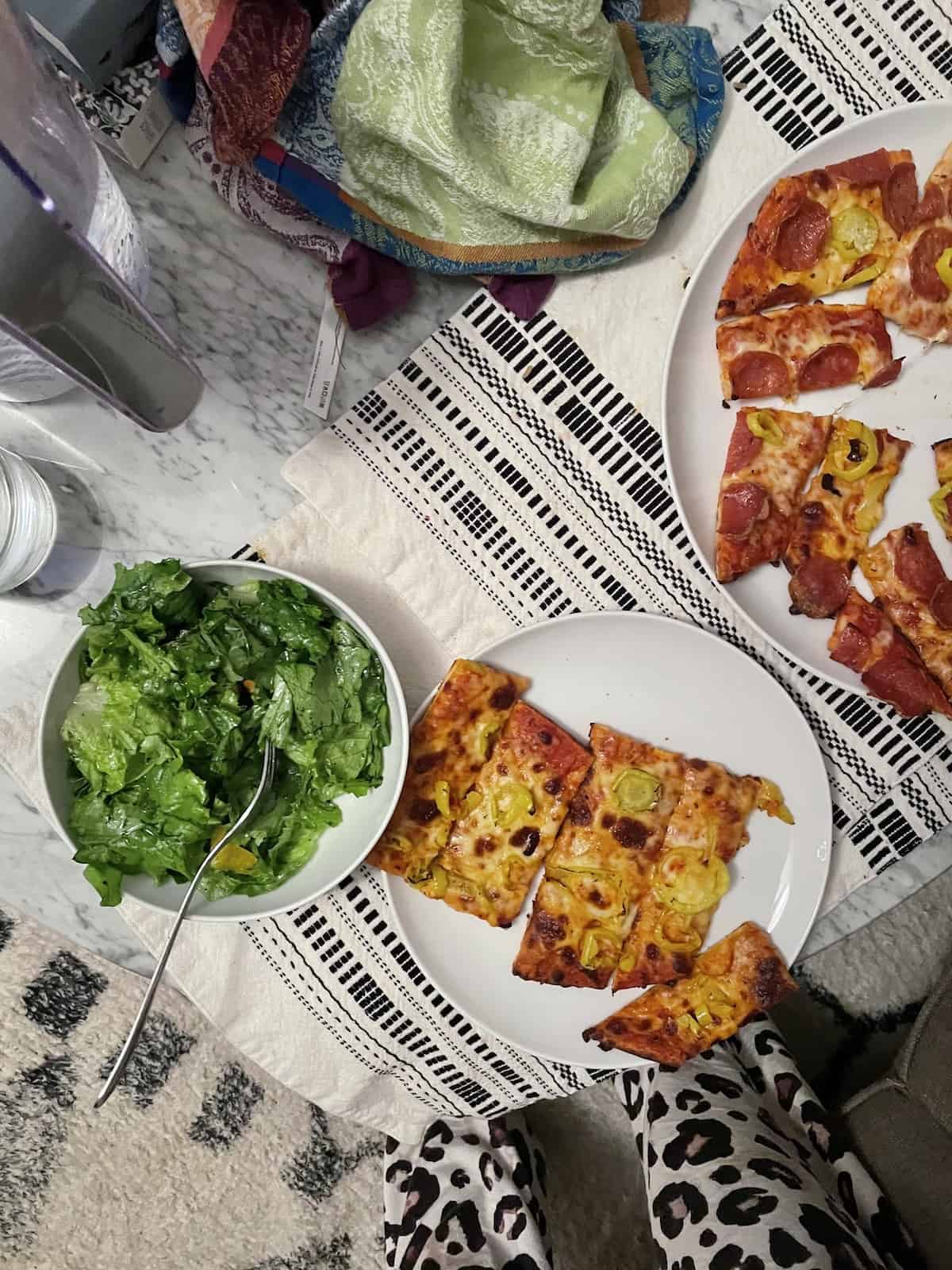 Raspberry lemonade is getting the job done given the return of my water aversion. 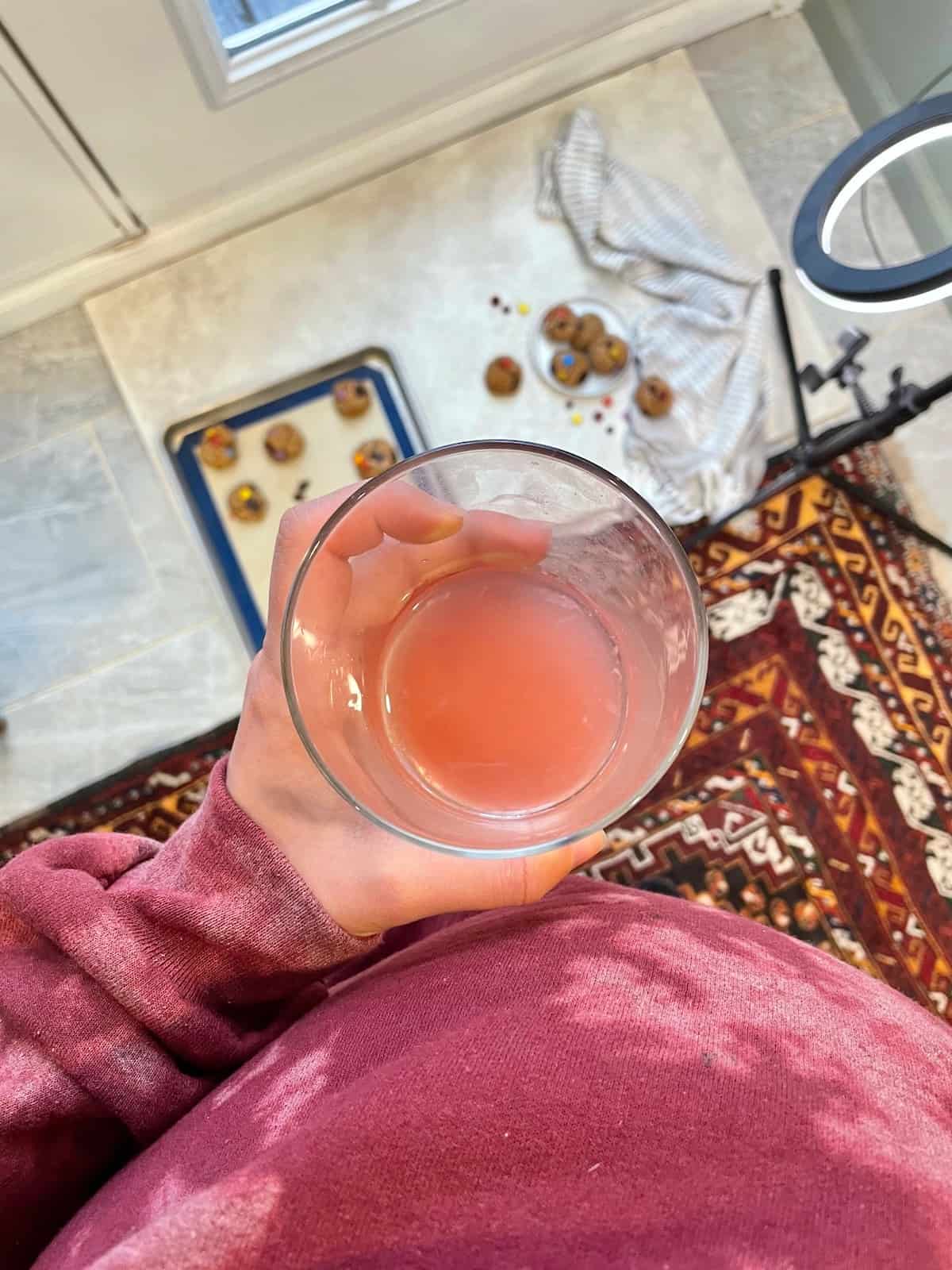 I have these wide leg jeans from Madewell and love them. They’re currently 60% off! I also love these if you’re looking for a slimmer fit.

These Hunter rain boots are 40% off and the taller pair are on sale as well.

These joggers are the most comfy ever!! I’ve also been living in this shirt, insanely cozy. I went back and got another color. Great for maternity or not.

I’m so excited about this throw blanket, rust pillow, and geometric clock (all 30% off) for the nursery! I can’t wait to see it all come together when I get home.

See you next week! 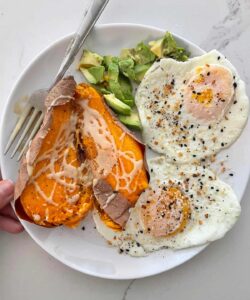 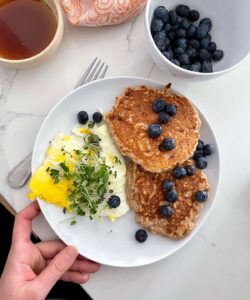 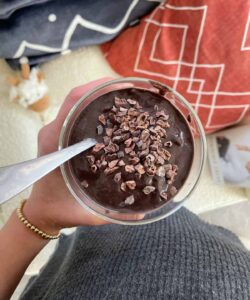