Hummusapien » Lifestyle » Life Lessons: On Being Too Healthy

There’s a fine line between healthy and high-maintenance. 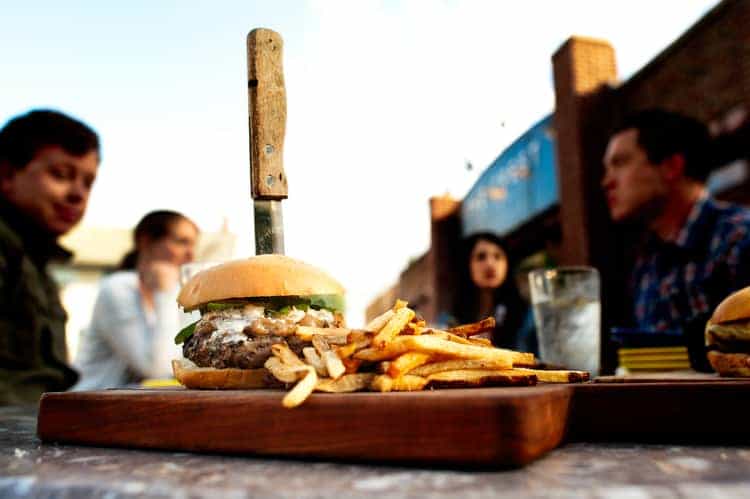 Between intolerant and ignorant.

I love working at The Crest. Today some one asked me what a lentil was. Her neighbor told her it was a vegetable. I died a little. I bit my tongue.

We have an incredibly unique menu featuring tons of local, vegan, vegetarian and gluten-free goodies amidst grass-fed burgers piled high with pulled pork served alongside sweet potato fries and house-made chili garlic aioli. We have a kale and quinoa salad with pumpkin sage dressing that’ll knock your socks off and flash-fried goat cheese balls drizzled with local honey that'll make you cry a little. We grow the herbs in your falafel on our rooftop garden. We're committed to supporting the community and protecting the environment by serving great food from sustainable and often local sources.

There's truly something for everyone. Food intolerances are a piece of [gluten-free] cake. 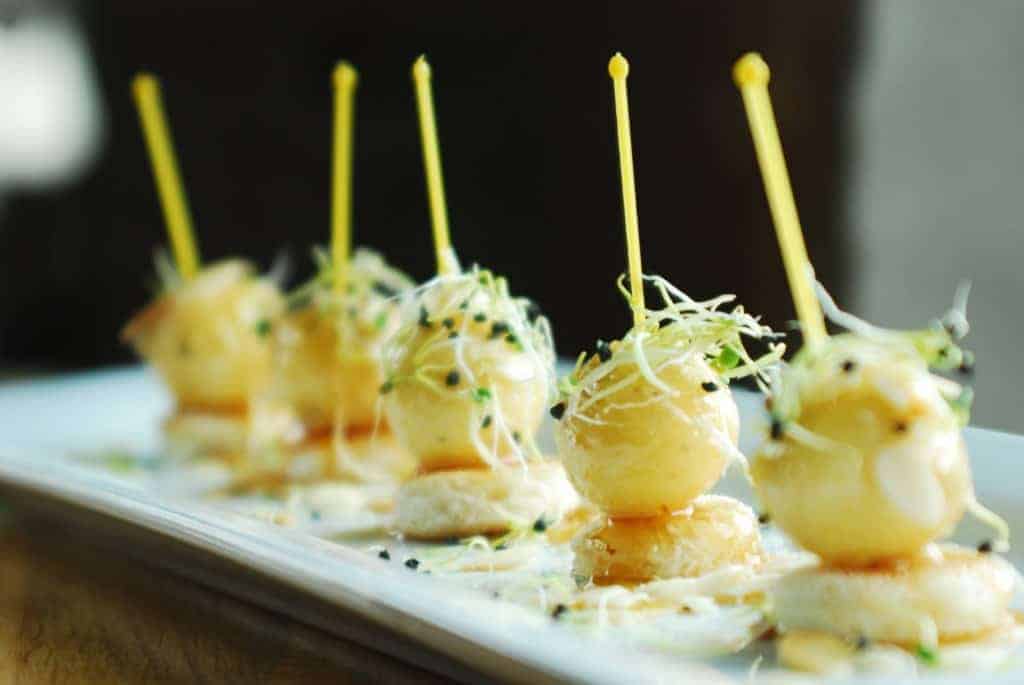 But when you come in with a laundry list of food “intolerances” forbidding processed grains, gluten, “industrial oils” like soy or canola oil, and added sugar, I’m gonna scratch my head. And then I’m going to go outside and fetch you a piece of organic tree bark because that’s about the only thing in a mile radius that meets those requirements. I could probably put mustard on it too, if you want. I'll even serve it up with water on the rocks.

Don’t get me wrong—allergies and intolerances are no joke. I have friends that are sick for weeks if they eat gluten. This post is obviously NOT directed toward those who are legitimately allergic or intolerant to  gluten, dairy, corn, eggs or soy. I don't want to come off as insensitive or offend any one who can't eat certain foods for legitimate health reasons.  If you came in and were intolerant to all those things, I would feel so bad that I would go in the kitchen and whip you up something delicious myself! But when you order your burger on a gluten-free bun followed by a local draft, I have to wonder how “intolerant” you really are. Everyone is completely entitled to eat or not eat whatever they choose, and if you don’t want to eat gluten or sugar or soybean oil, I totally respect that.

But maybe...maybe you should eat at home.

Because for the chef to leave the kitchen so he can whisk together a special dressing of olive oil and vinegar and find some wild salmon that isn’t already marinated in the blended oil, that’s a little ridiculous. Now if you were actually allergic to the canola oil, that would be a completely different story. If you're one of those people that's actually allergic to that laundry list of food, you shouldn't eat at home. You  should come on in to The Crest and we will most definitely find something that works for you! 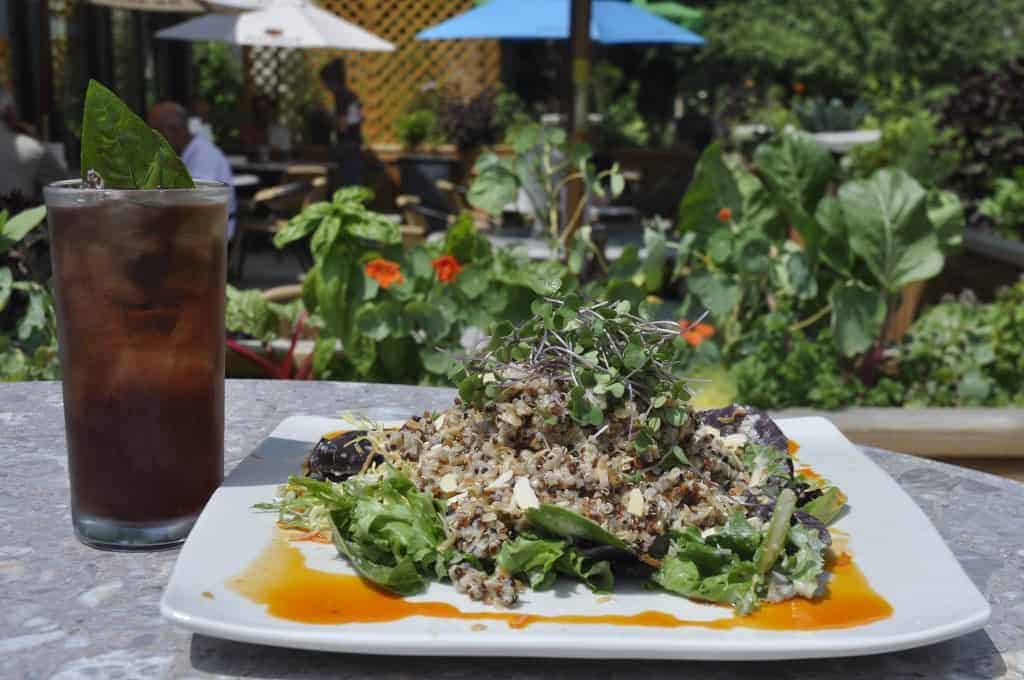 And trust me, the chef was more than happy to do it. They want to cater to everyone’s needs, as do I.  I love describing our vegan and gluten-free options and I’m extremely proud to work at a restaurant that’s so accommodating to different diets and allergies. That said, if you think you’re going to go out to eat and not consume soybean or canola oil, you’ve got another thing coming. If The Crest could afford to only cook with olive oil, I bet they would.  But that will never happen. They can’t afford to incur those costs because you as the customer wouldn’t want to pay them. They’re a business. They’re doing their best to serve a healthy product with integrity, but it’s not realistic for a large-scale food operation to only serve that caliber of food unless the clientele is not only willing to pay for it, but also able to afford it.

I’ve studied nutrition for six years. I know a quite a bit about what it means physiologically to be allergic or intolerant to a certain ingredient. And yes, I understand why people don’t want to eat soybean and canola oil. Cook with your ingredients of choice at home and respect that those may not be exactly the same in the food service industry. They’re trying. They really are.  But honestly, a little canola oil when you go out to eat isn’t going to kill you. There are far worse things you could eat at a restaurant. Pick your battles.

Restaurants are already making huge leaps and bounds by offering so many healthy, gluten-free and plant-based options. We should be celebrating that! Being insanely picky to the point of awkwardness isn’t fun for anyone, and that’s how us "healthy" eaters get a bad rep. 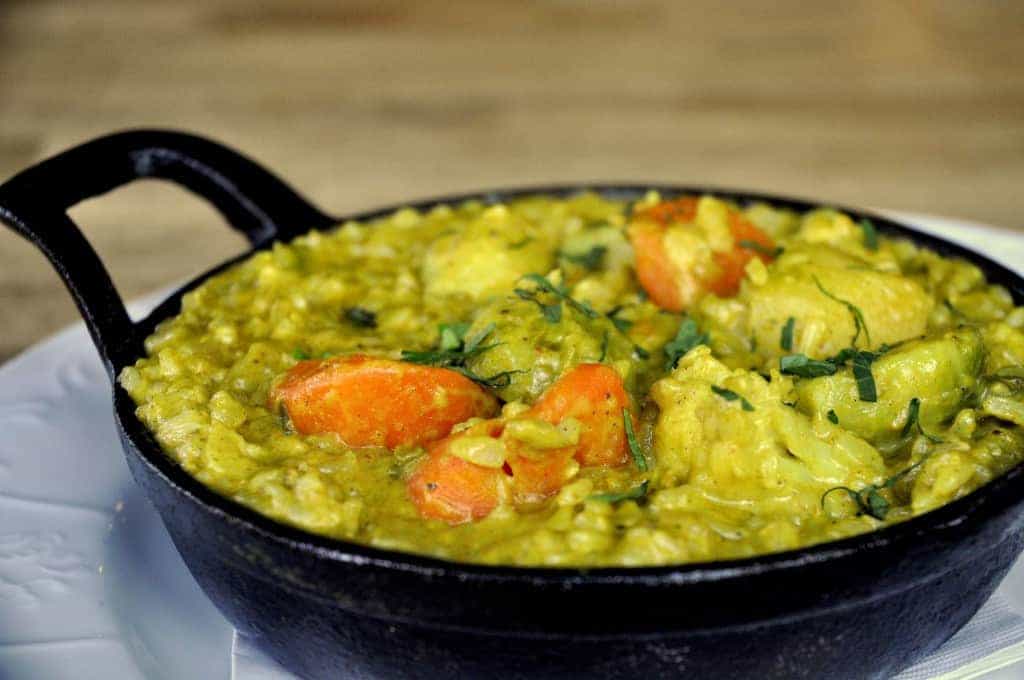 Don’t get me wrong….I ask the server if the salmon is wild and if the bread is whole wheat. I order salads on the side instead of fries. I was vegan for over a year, and I’ve made my fair share of restaurant requests. I’m annoying too. We all are, to some degree. And we’re entitled to that. We’re allowed to care about our health. But there’s a big difference between being health-conscious and being completely unrealistic.

Don’t be that person. Celebrate the good company and bite your tongue.

At least you know it’s gluten-free.