These Vegan Enchilada Stuffed Peppers with Avocado Cream are packed with protein and fiber for a delicious and healthy meatless meal the whole family will love!

Never have I ever stuffed a pepper. 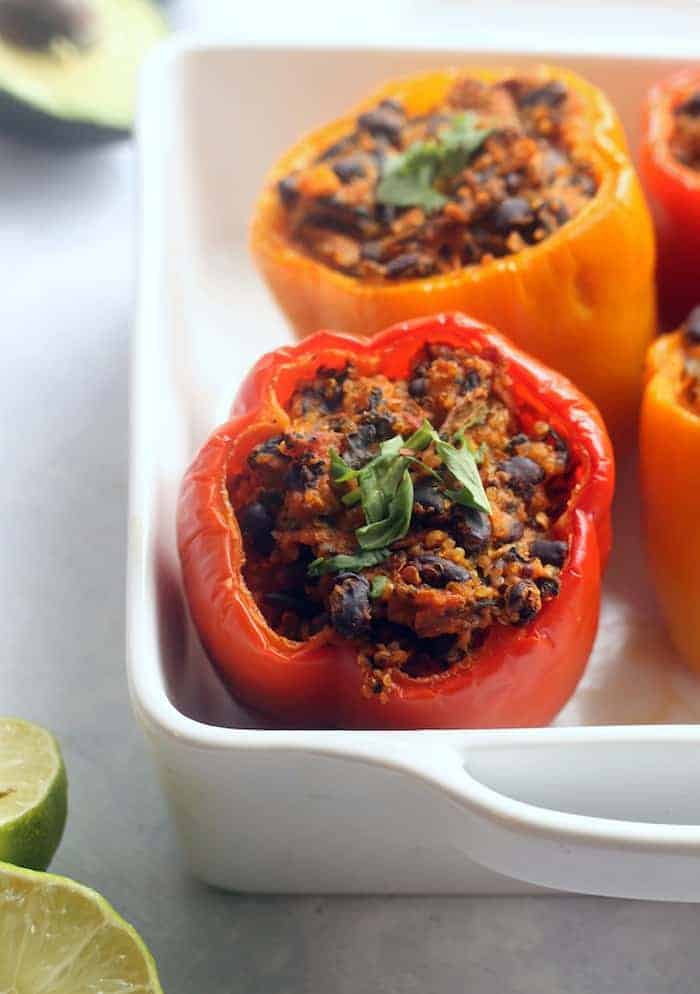 It's a darn shame, because they're so stuffable. Like, they're hollow. It's kind of bizarre. What a waste of precious pepper space.

Oh hi, seedy pith. Let's throw you in the garbaahhhge and replace you with creamy dremy enchilada filling. Because how much better does that sound than...air? 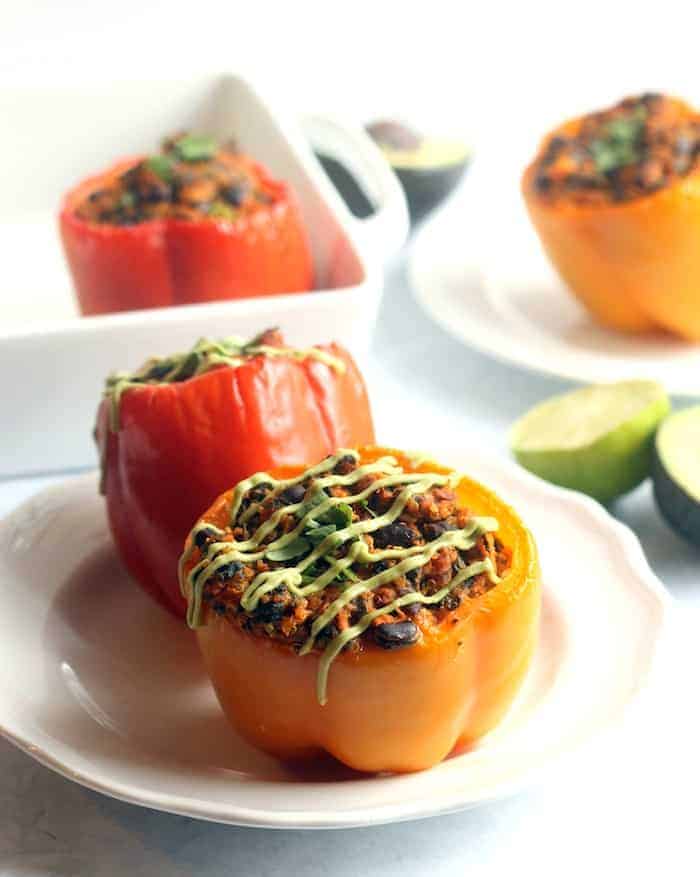 I tried really hard with every inch of my brainsicle to think of a corny yet funny one-liner for the beginning of this post. Want to know why? Because when I made this recipe I actually forgot the corn. Is the irony killing you?

Thus the pepper is not corny. And neither is the joke I couldn't think of. 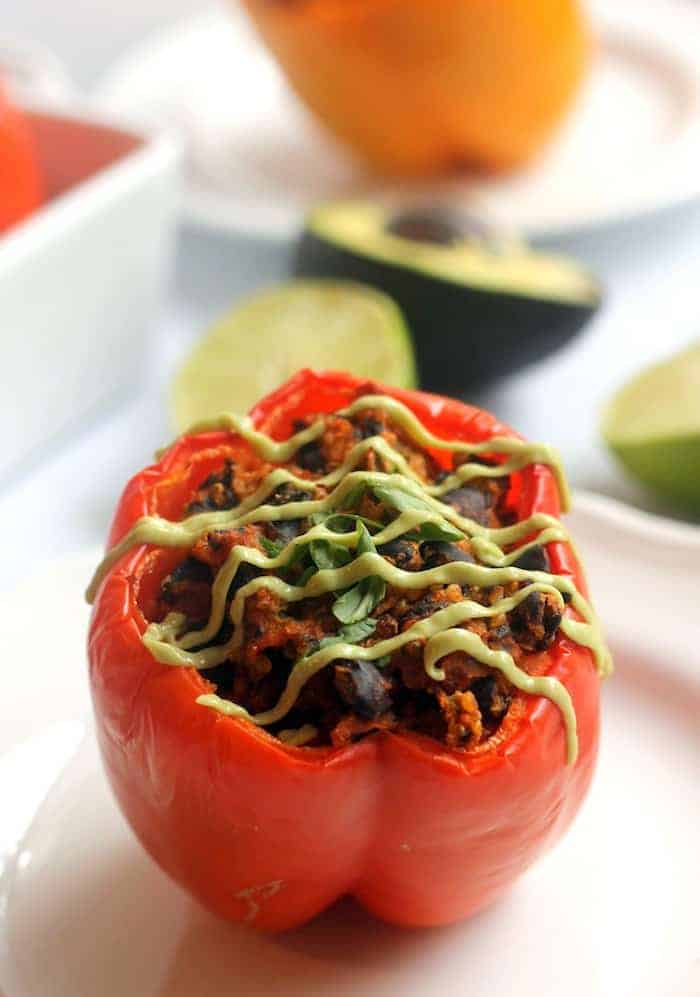 This recipe was birthed when my roomie stuffed the filling of my beloved lentil & kale enchiladas into peppers rather than tortillas. A genius, that woman is!

So naturally I was going to tweak the greens and beans in that recipe, stuff it in a pepper, and call it a recipe, but my creative juices got the best of me. I didn't want the filling to be mush (AKA enchilada filling), so I blended the raw cashews with the enchilada sauce and some peppers rather than blending all the ingredients together. Now we have a decadent creamy sauce (that's secretly healthy) plus some much-needed texture from the beans, veggies, and quinoa. 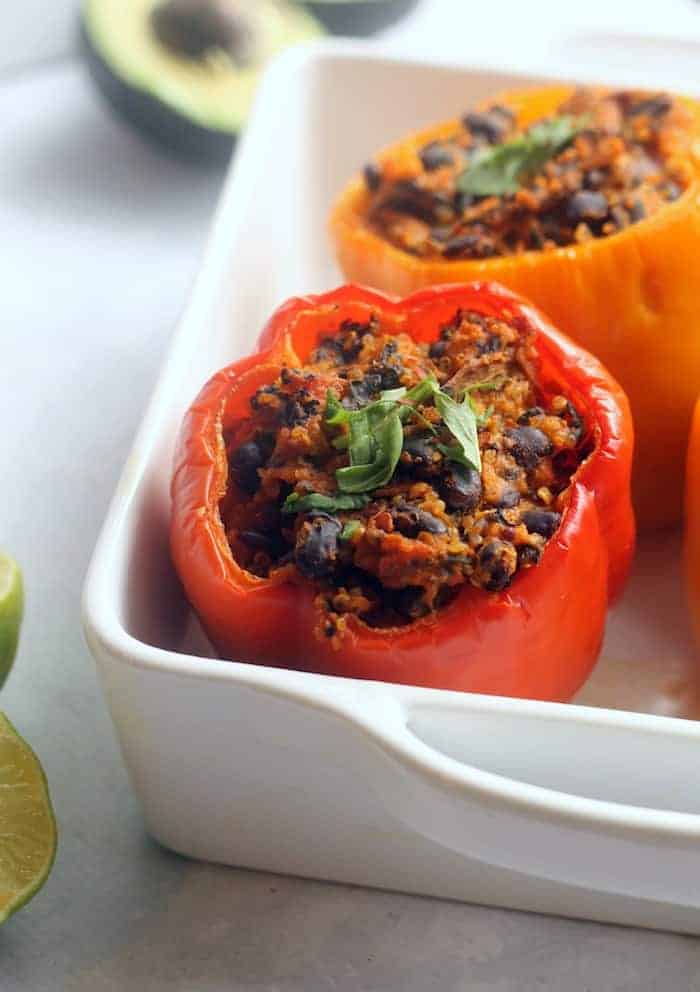 Since I'm playing the clean out your freezer/pantry/fridge game for the big move, I threw a handful of veggies in these including frozen spinach, corn (at least I meant to), and sweet potatoes. Feel free to toss in a handful of fresh spinach or cilantro, too.

For the stuffed peppers:

For the avocado cream: