I don't know how I ever got so lucky to cook what I love for everyone I love in a restaurant that is quite literally making my dreams a reality. 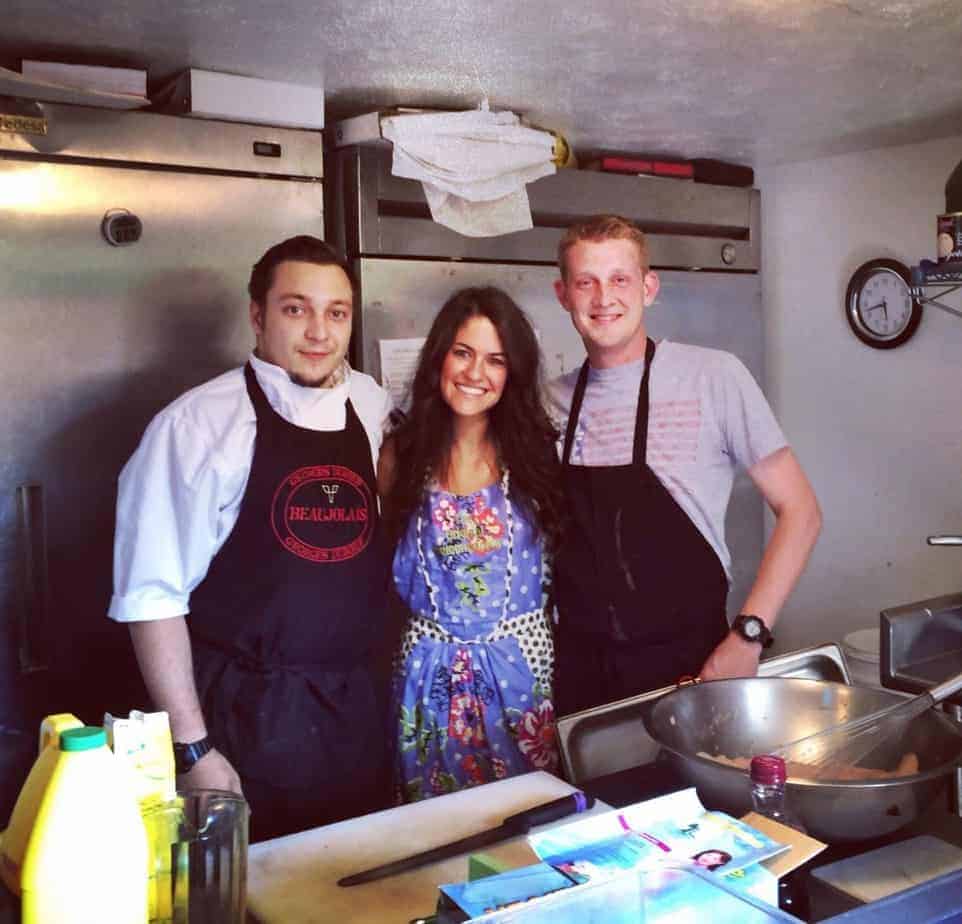 Where do I even begin? The night could not possibly have gone any better. So what if thirty-two people showed up instead of thirty? So what if we had to slice a quinoa caprese bite in half and run outside to harvest more kale halfway through the first course? Minor details. 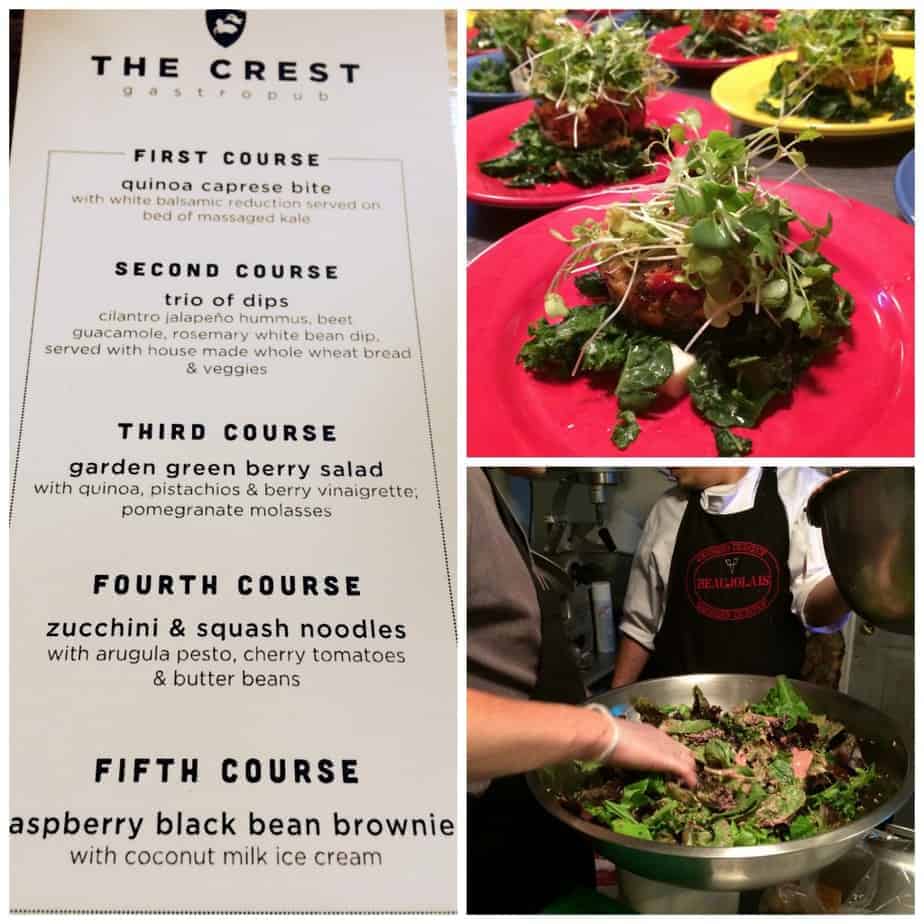 There's so much I want to say about the evening, but I feel at a loss for words. This is my attempt at describing one of the most rewarding nights of my life. 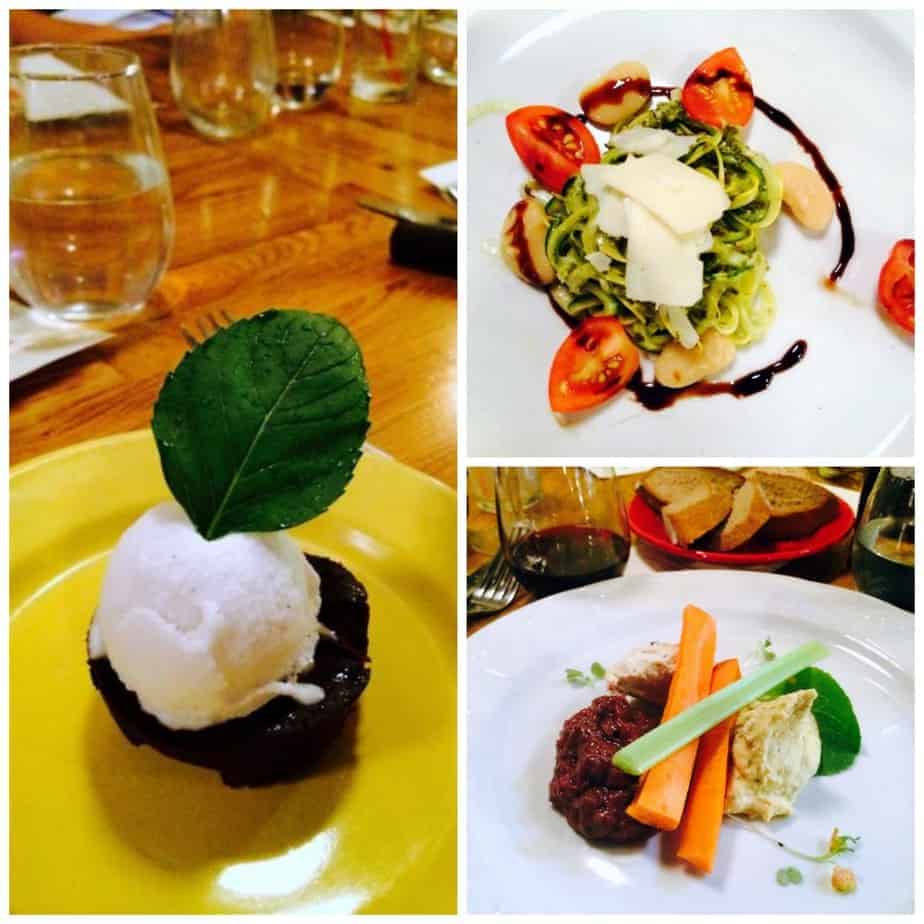 Allow me to begin by saying that I have never before felt so much love, so much support, so much warmth. Cooking up a storm (AKA a five course plant-based dinner for thirty) in The Crest's kitchen alongside two incredible chefs was not only beyond educational, but also incredibly inspiring. 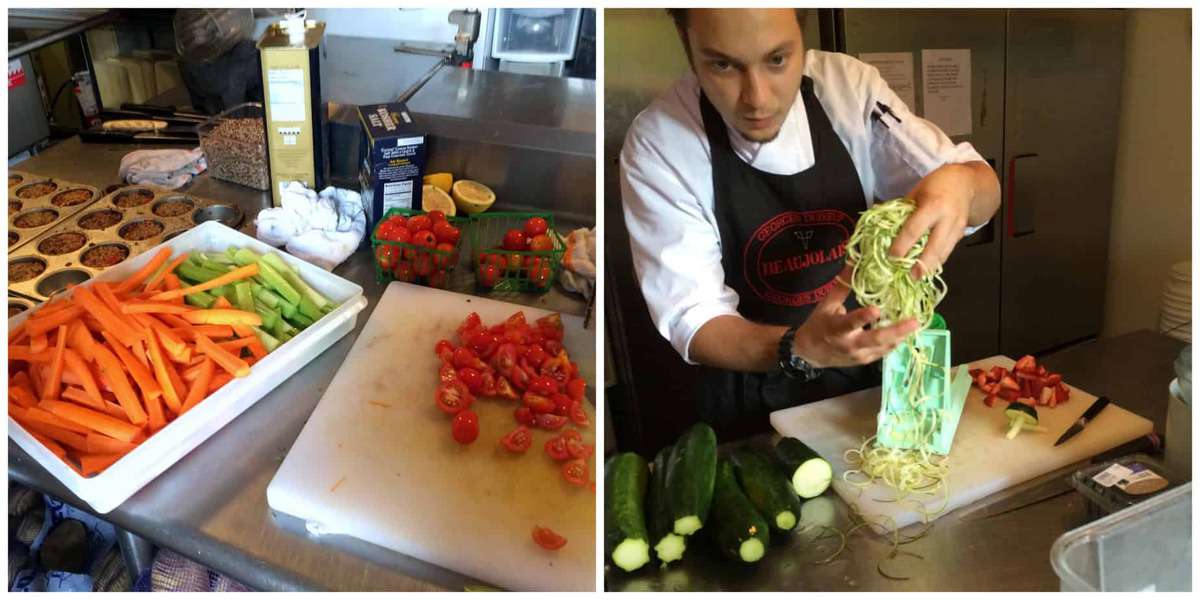 Everything was done with an effortless passion that left me in awe time and time again. 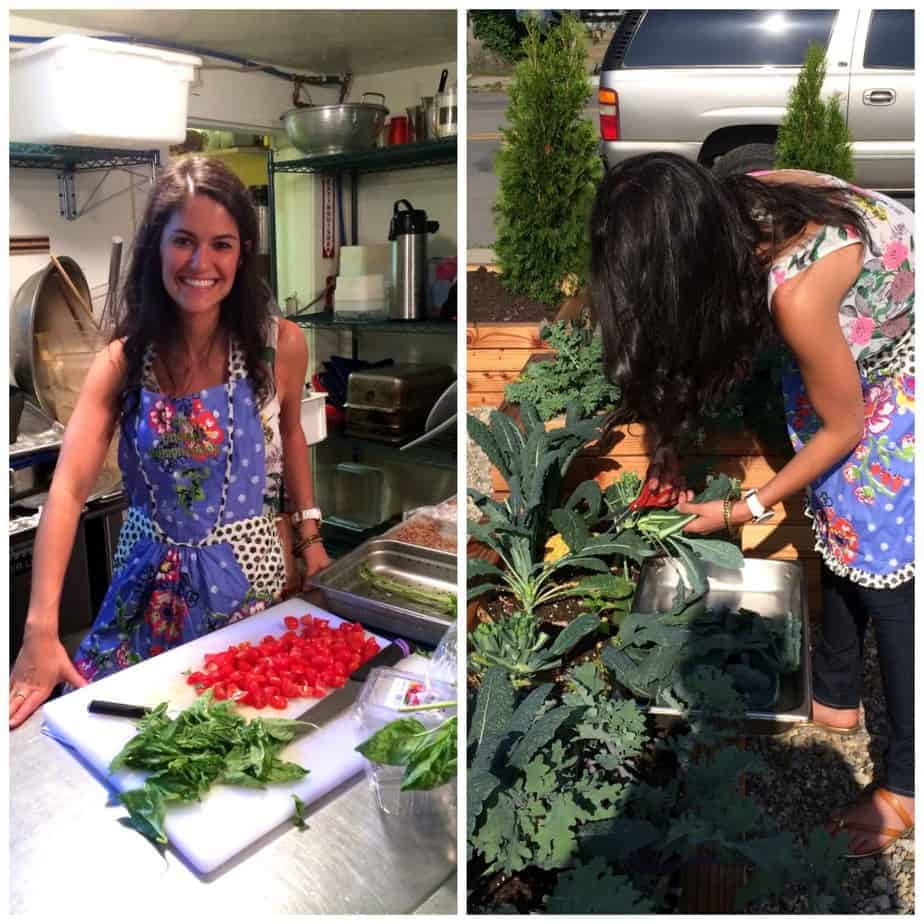 Dustin and I harvested the kale for the first course in The Crest's very own garden an hour before the dinner started. It gave farm to fork a whole new meaning. 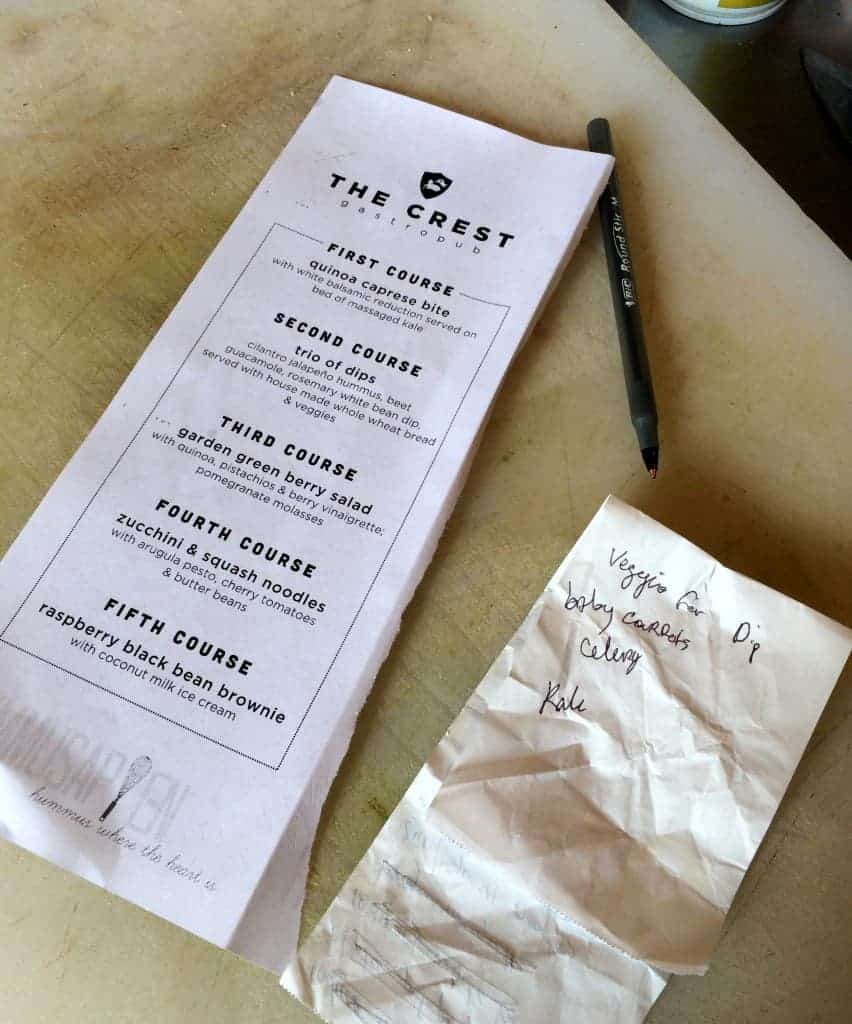 To say that I adored watching my meat-loving family in addition to all the other guests happily devour the massaged kale salad, quinoa caprese bites and black bean brownies would be a vast understatement. I loved the fact that no one could get over that the brownies were made with beans and that the coconut milk ice cream was vegan. 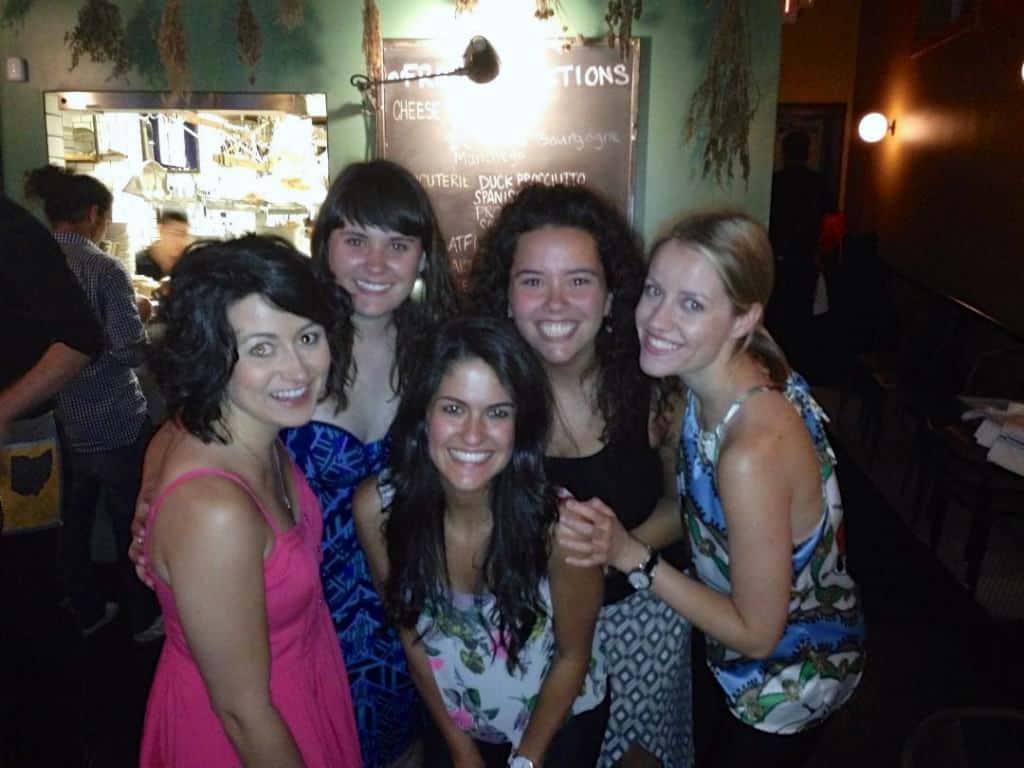 My mom willingly ate beets and kale for the first time because they tasted that good. 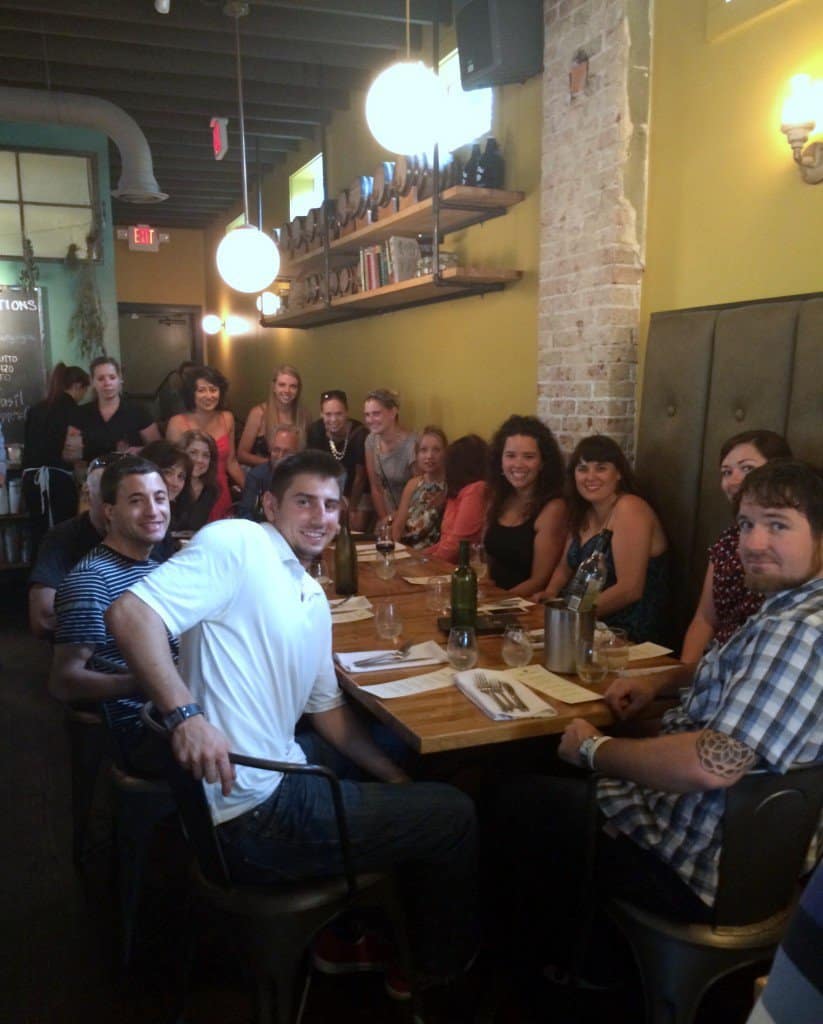 Trying to convince some one that they should eat kale for their health is one thing, but watching them willingly shovel it in their face is another. Healthy really doesn't have to be that hard, and this dinner was the perfect example. If we can save one in three people from cancer with good nutrition, why the hell wouldn't we? 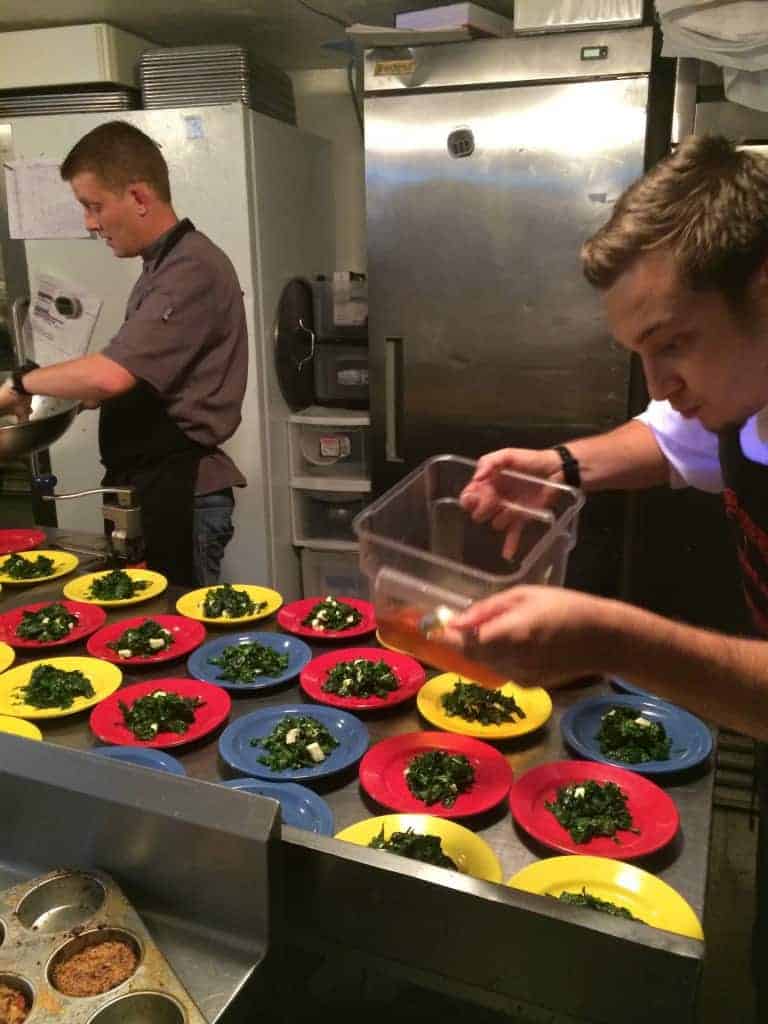 I am so honored, so humbled, so happy.  I can't thank Dustin, Julian, Abed and all the other wonderful people at The Crest enough for supporting what I love, welcoming me into their loving family, and committing to good health, good food and good community. I truly believe that together we can make this world a healthier place, one bite of hummus at a time. 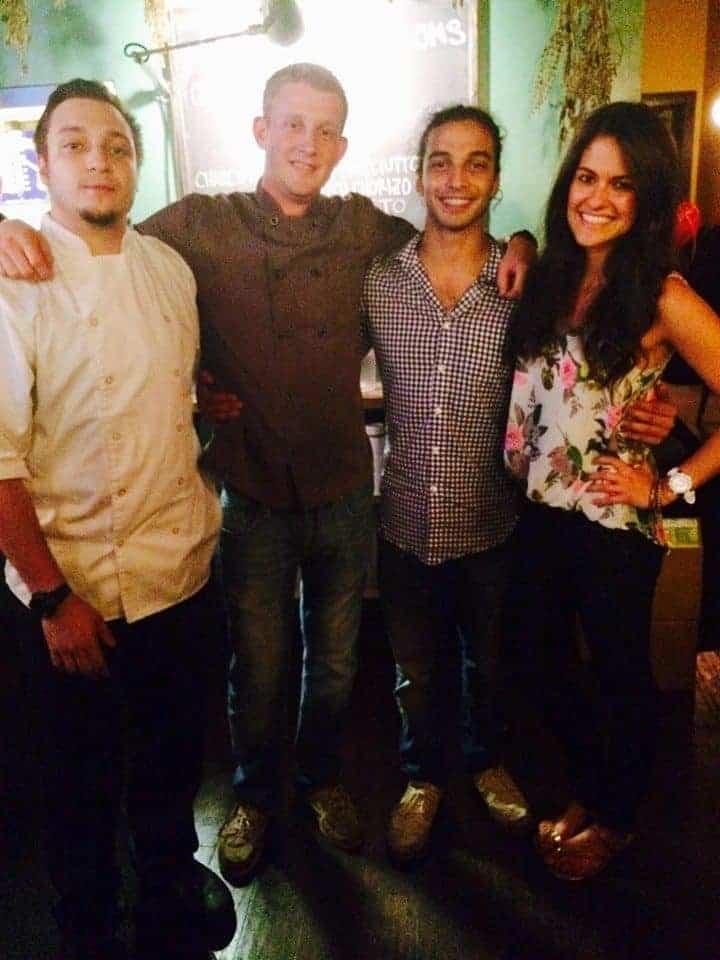 Thank you to everyone who made the night so magical. You are my inspiration, and this is only the beginning. 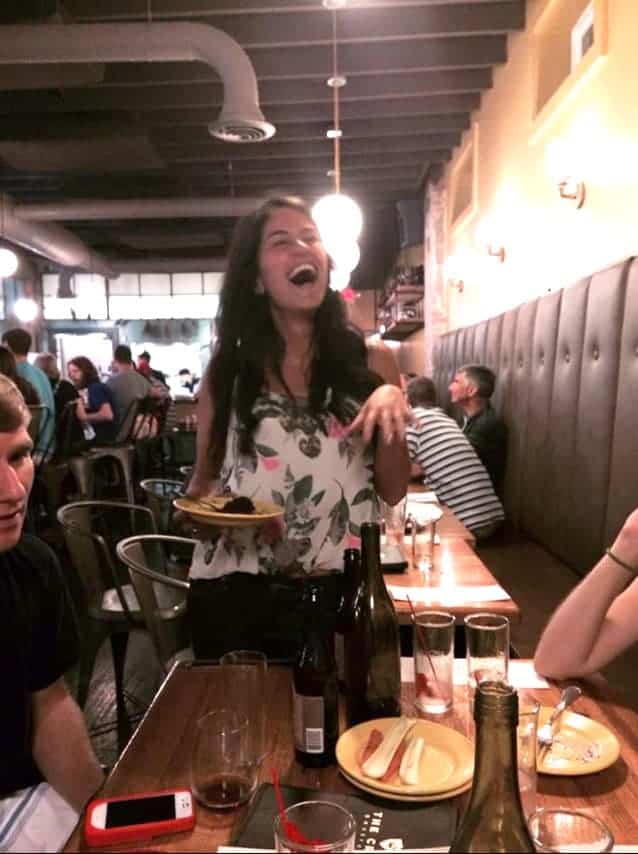 I have a feeling that we're going to change the world!