This post is sponsored by California Raisins and The Healthy Aperture Blogger Network.  I was compensated for my time. All opinions are my own.
Yew guys. I just discovered that those purple wrinkly dudes called raisins may even be BETTER than dates in no-bake bites! 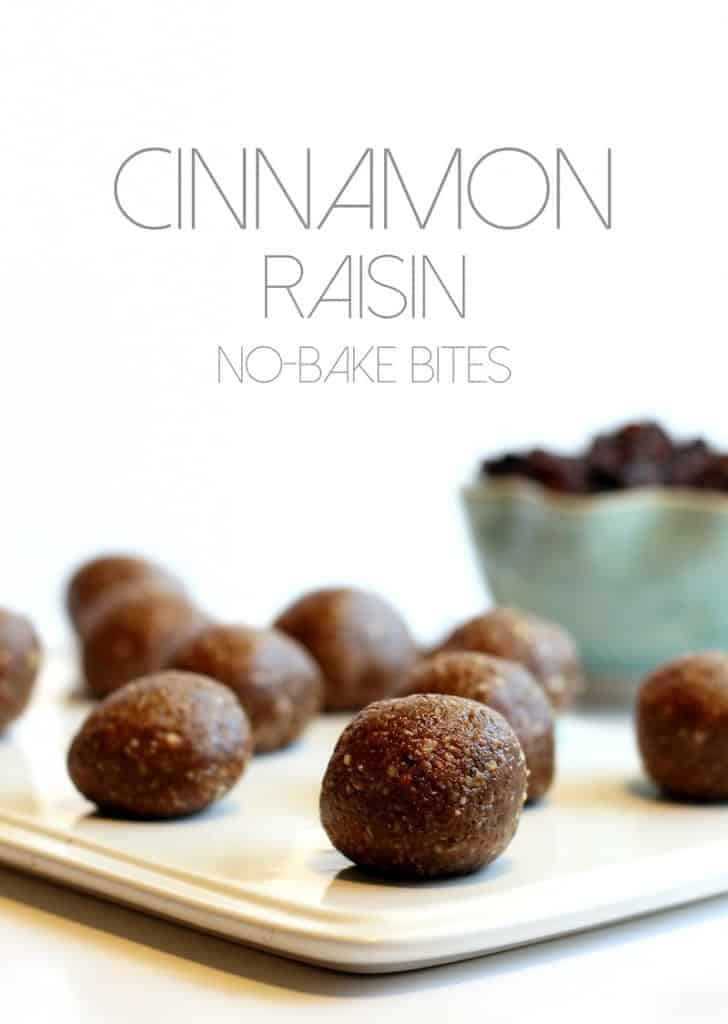 Raisins are one of those love it or hate it foods. Kind of like walnuts. Like some weird people can't stand walnuts in their brownies and raisins in their oatmeal cookies, whereas a raisin-less oatmeal cookie is like a crime in my opinion. Whenever I make no-bake bites (which is like every week), I start with a dried fruit base. I wasn't sure how a base of exclusively raisins would turn out, but I'm officially obsessed! These bad boys seriously taste like oatmeal raisin cookies.
But guess what? You don't even have to turn the oven on, my frands! Simply blend, roll, eat, repeat. 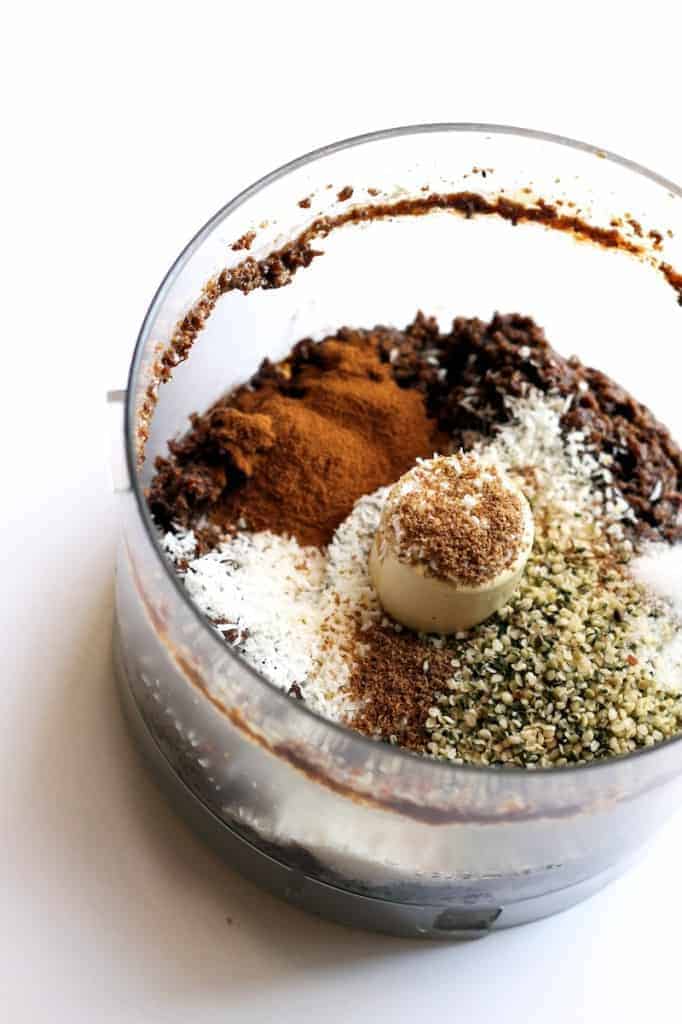 California Raisins are the bomb because they have one ingredient: raisins. They're sweetened naturally (no added sugar) and dried by the sun. They're totally convenient and portable, and wrinkles aside, they're kinda cute, too! What more could you need in life? They're an awesome whole food snack not only for the kiddos after school, but for parents and grandparents alike.
Did you know that a serving of raisins provides 9% of your daily fiber and potassium and 6% of your daily iron? Research actually suggests that among children, eating raisins as an after-school snack may prevent excessive calorie intake and may increase satiety (or feeling full) when compared to other common snacks, including cookies and chips.
You know I'm all for the one ingredient snackities! The fewer ingredients, the better. 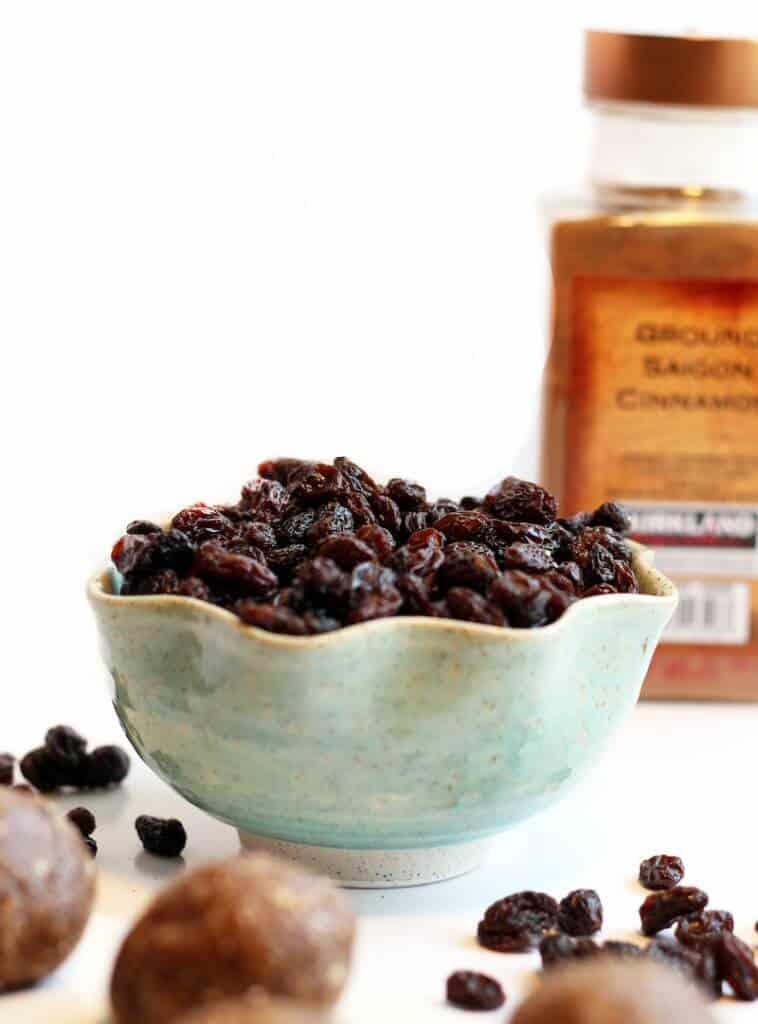 But wait. There's more. According to the USDA, raisins are the most economical dried fruit! Considering I know the price of pretty much every item I buy at four different grocery stores, you could say that I care a little bit about those things. Having a food blog ain't cheap, yo!
I always whip up a batch of bites on Sundays while the quinoa is cooking and the broccoli is roasting. I wanted to pack these gems with a variety of nuts and seeds, including protein-packed hemp seeds, flax seeds, almonds, and walnuts. Feel free to use whatever combo of nuts and seed you like. I wholeheartedly guarantee that they will be mad delish no matter what. 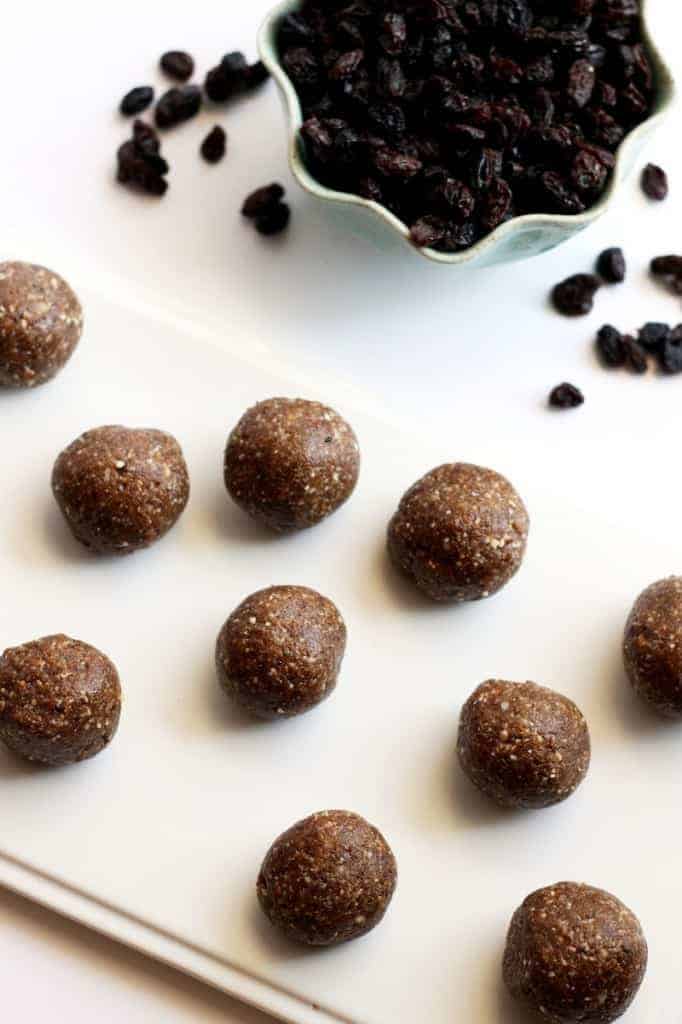 The kids will thank you for this one.
Print

Sponsored posts make it possible for me to maintain my blog. Thank you tons for supporting Hummusapien!