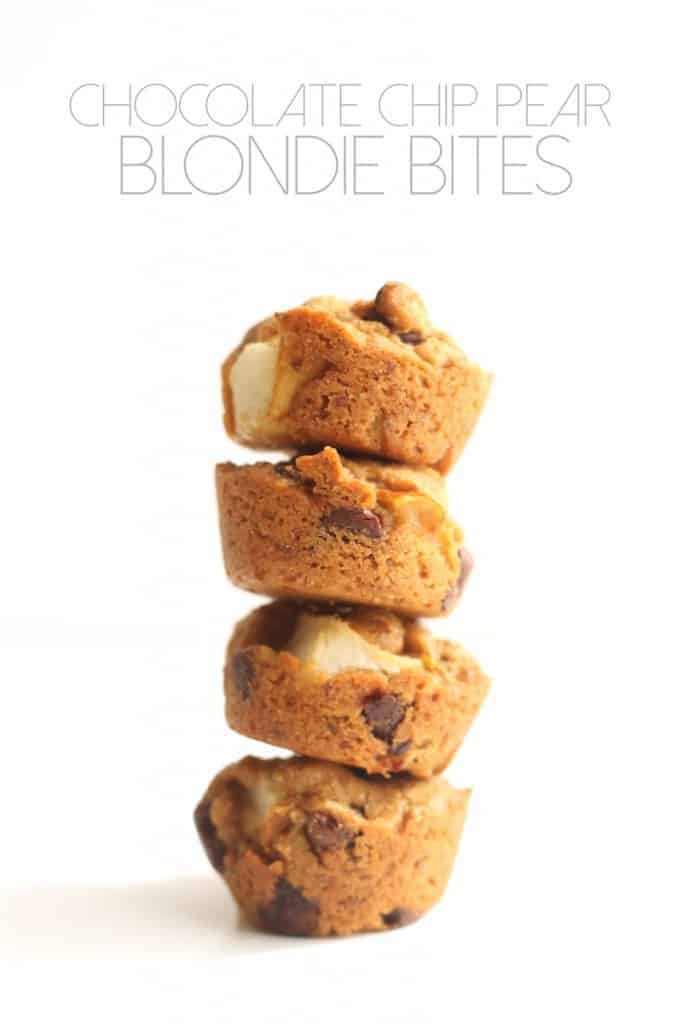 When I was home in Cleveland last weekend, my dear mumsy told me about a pear blondie recipe that my fam has been loving lately.  I got quite a kick out of the 1992 cookbook it came from, oohing and ahhing over the "butter flavored crisco" and cake mix that nearly every recipe called for. Apparently trans fat was the thing in the early nineties.

When I got to the pear blondies recipe, I got all excited because the ingredients weren't that bad. A cup of brown sugar. A quarter cup of butter (or margarine aka trans fat). Three quarters cup of white flour, and so on. I immediately started brainstorming about how I could make a healthier version because I was head over heels in love with the idea of combining pears and chocolate. 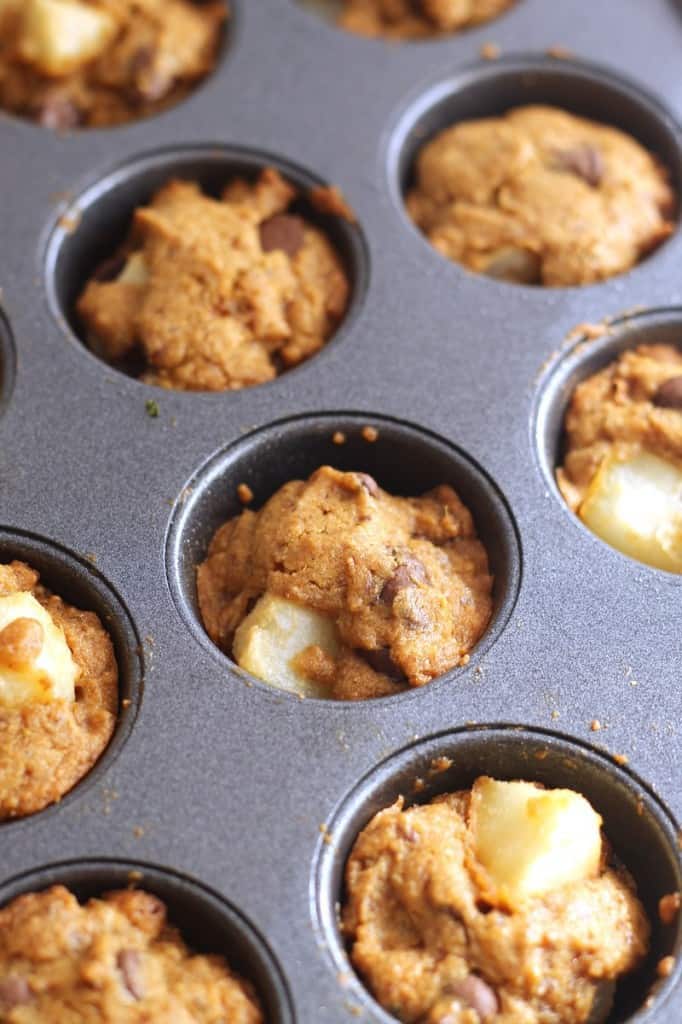 I ended up swapping in a half cup plus two tablespoons of coconut sugar (a healthier, less processed alternative) for the cup of white sugar, coconut oil for the butter, and whole wheat flour for the white flour. Even after cutting the sugar nearly in half and using an 100% whole grain flour, they tasted AMAZING. Like a little bite of blondie heaven.

I don't even really know what blondies actually are (these seem more like cookie bites to me....) but hey, I thought I'd give credit to the original recipe name. 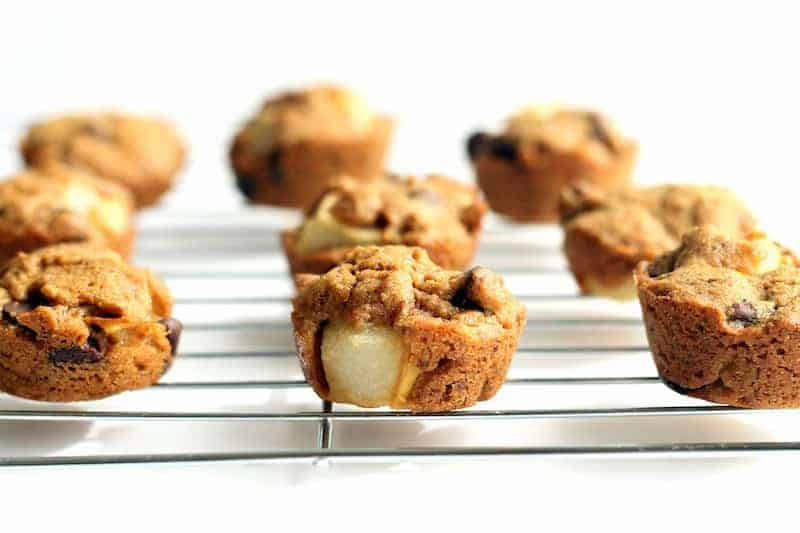 Like when you bring home a new dog named Joel and you're dying to change it to Jackson but that would just be plain wrong.

The best part about these blondie babies is how easy they are. Like that dog named Joel could even make them.

These taste like itty bitty chocolate chipey cookies with gooey bites of sweet pears. While their cute size should in theory aide in portion control, I ate four straight out of the oven. They're officially my new favorite dessert! Secretly healthy, totally delish, and super duper cute. 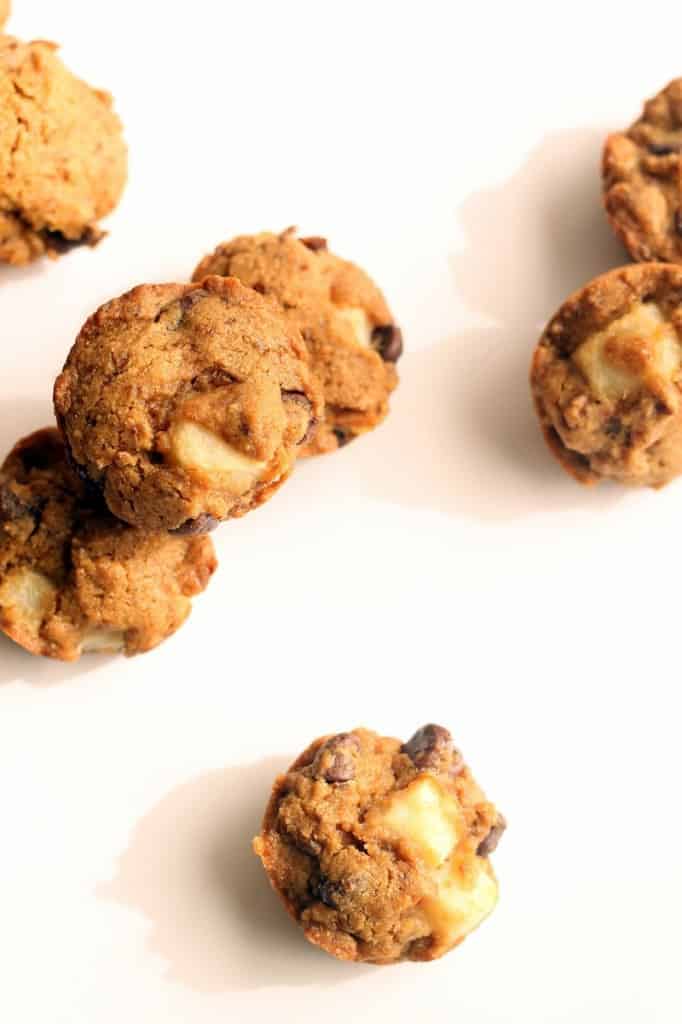 Did I mention they're totally vegan, too? If you're not following a vegan diet, feel free to swap in a real egg for the flax "egg." You could also use brown sugar instead of coconut sugar, though they do sell coconut sugar now at Trader Joe's for super cheap! I have a feeling these would be awesome with bananas or chopped apples and cinnamon, too! The possibilities are endless, my friends.