I mean there aren't many things I prefer to chocolate. Lavender body wash maybe? Northstar's village salad? Cotton scented candles? No dessert contenders there. As much as I love a juicy hunk of dark chocolate after dinner, I love me some banana-flavored breakfasts and snacks. This kind of banana flavoring comes from a legit banana, not those icky fake flavorings that have taken over the processed food world. Have you ever seen the label of instant banana cream pudding? Sugar, modified food starch, artificial flavor, disodium phosphate, preservatives, yellow #5, more fake colors and a bunch of other crap I can't pronounce. Um, ew. Maybe that's why I never liked banana pudding. IT'S NANNERLESS. Since real nanners are naturally sweet, I don't have to jack up this chia gunk with a bunch of added sugar.  Instant pudding has 18 grams of sugar per serving--that's over four teaspoons! I did add a couple dates for sweetness to this version because you know how much I adore those little guys. 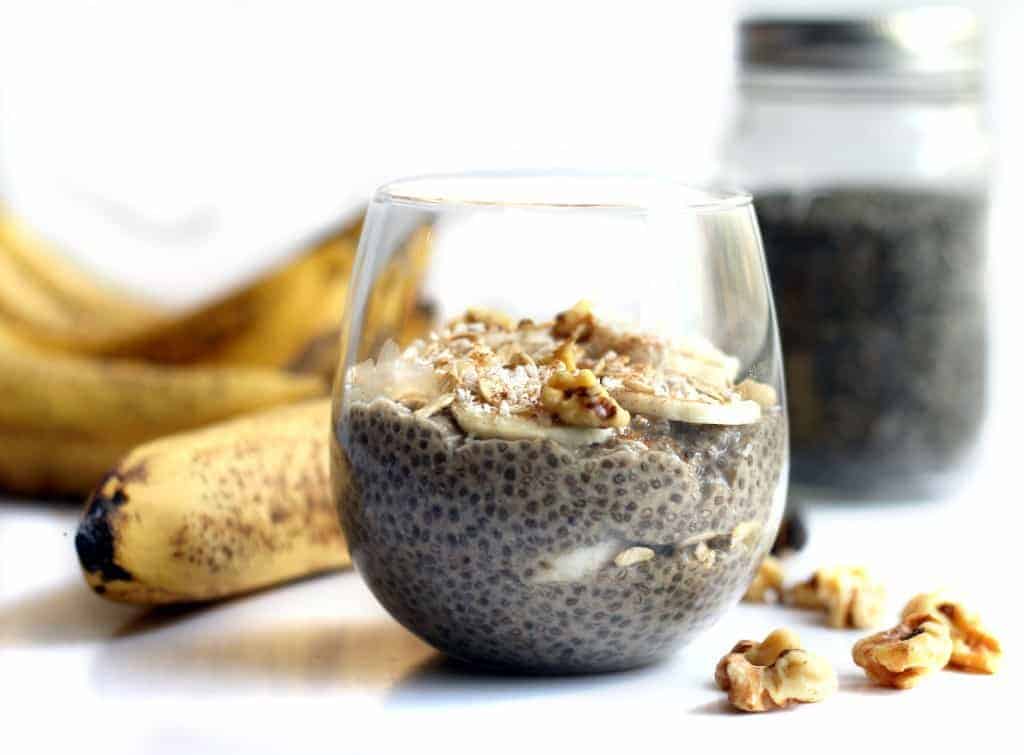 I'm sure you know by now if you're into the texture of chia pudding or not. It's not for the faint hearted. It's gelly and mushy and weird and fantastic. Since each tablespoon of chia packs a whopped five grams of filling plant-based fiber, these parfaits have well over ten grams of fiber each! That's like two big apples. Kind of a big deal! I always get asked about healthy snacks and I often tell people to think of them more like mini meals rather than "snacks" because that word shifts people's minds to crackers, pretzels, chips and other refined, high-carb, nutritionally void foods. Chia pudding may be perfect for breakfast, but you could also cut back on the portion and call it a snack. Veggie chili for dinner? Snack on half a cup the next afternoon with some sliced peppers and hummus.  Beet and green bean salad for lunch? Nosh on a bowl mid-morning and call it a sexy snack! 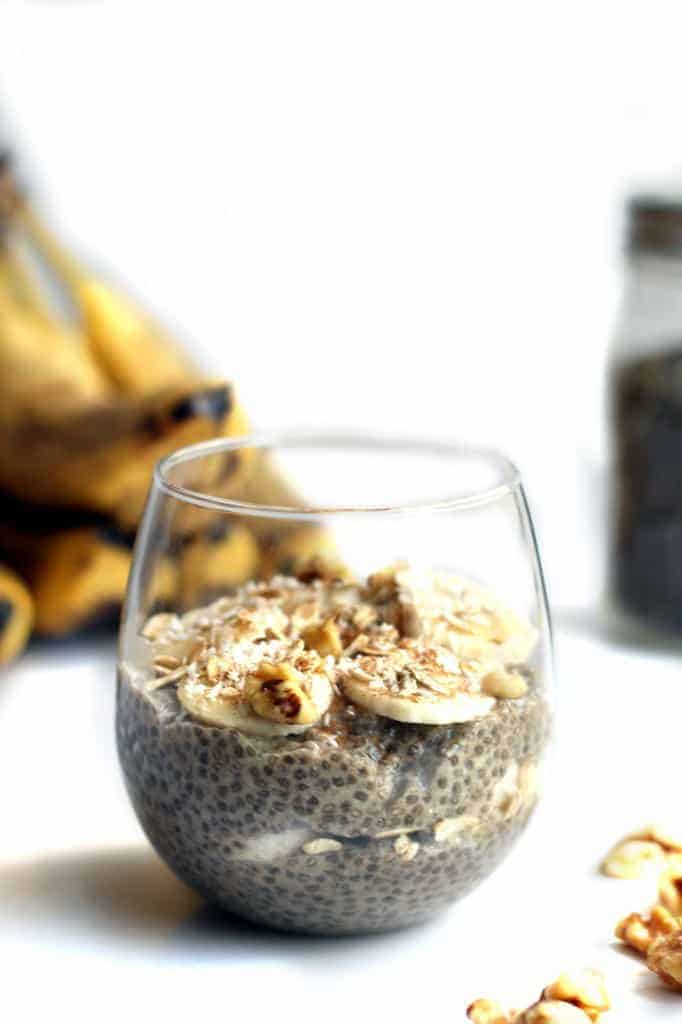 Chia seeds are one of the easiest ways to add fiber to your diet because they don't even taste like anything. Fiber pushes all the yuckies out, combats cholesterol and helps solve your bathroom woes. Yeah, I said it. You want it in your life. Often. I like to keep a batch of chia pudding (remember my chocolate covered strawberry version?) in the fridge for those days when I'm running around like a madwoman and need a quick snack that's uber nutritious. Ya know those days where you sleep through breakfast and want eggs and toast for lunch? Maybe you skipped your fiberlicious morning smoothie? Enter the chia pudding life saver. You've got your fruit, your healthy fats, fiber and plant-powered protein. You could even blend in a handful of baby spinach. WOAH THERE, SISTER. Go crazy! [tasty-recipe id="22629"]  ]]>