Today's eats are in celebration of Registered Dietitian Day and National Nutrition Month! I hope all my lovely fellow nutritionistas are having a super duper day chock full of green juice and dark chocolate and all the avocados. 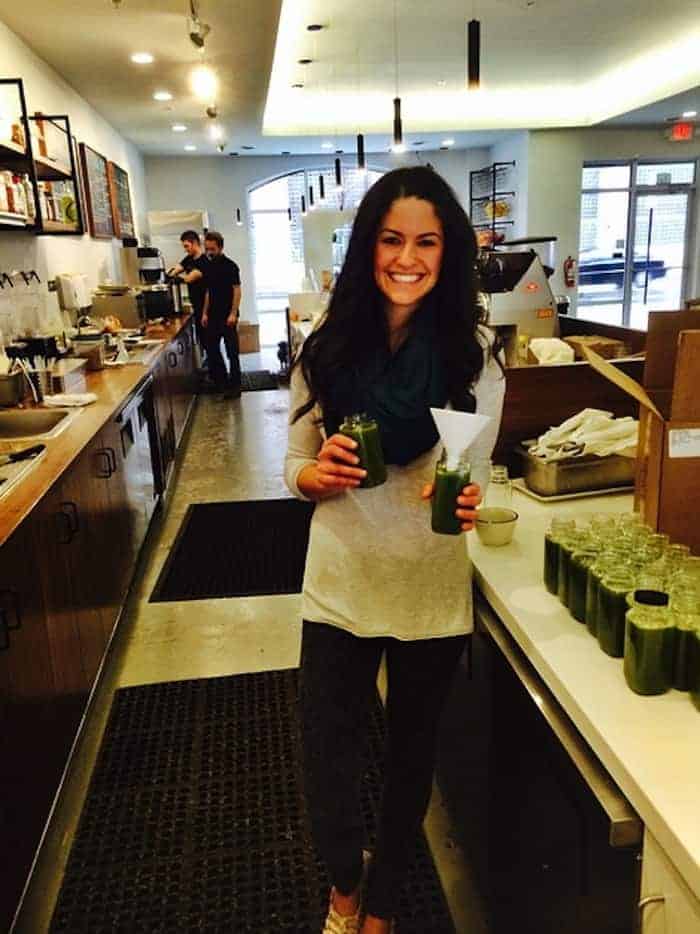 Breakfast was not a pretty sight but it tasted like a dream. I was starving because I went to a sweaty 6am Body Pump sesh, which isn't the norm for me. Since I had to close at Alchemy, I knew I'd have to squeeze in an early workout if I wanted to get work done before heading in. I'm glad I did! 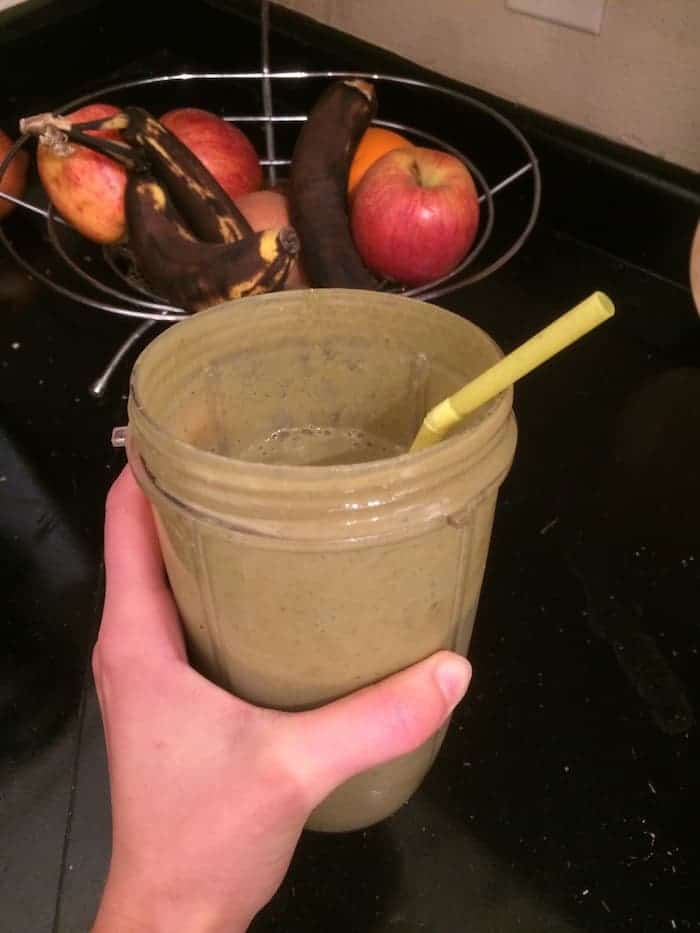 In the mix was a cup of frozen strawberries, a cup of unsweetened soymilk, a tablespoon of cacao powder, two tablespoons PB2, a scoop and a half of my favorite B-Strong brown rice protein, and large amounts of frozen spinach. I don't normally use PB2, but it's nice to get that peanutty flavor without the fat since fats slow the time it takes for protein to get to muscle and aren't recommended for post-workout snackage. 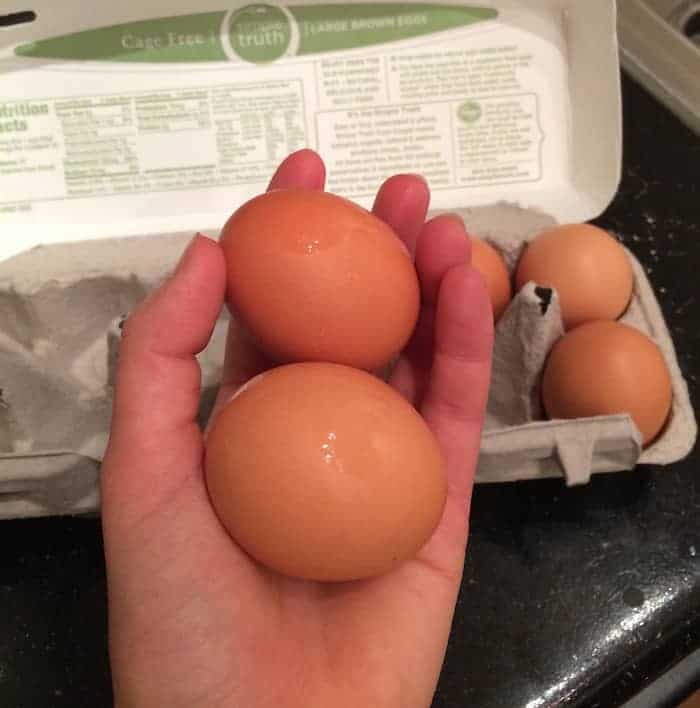 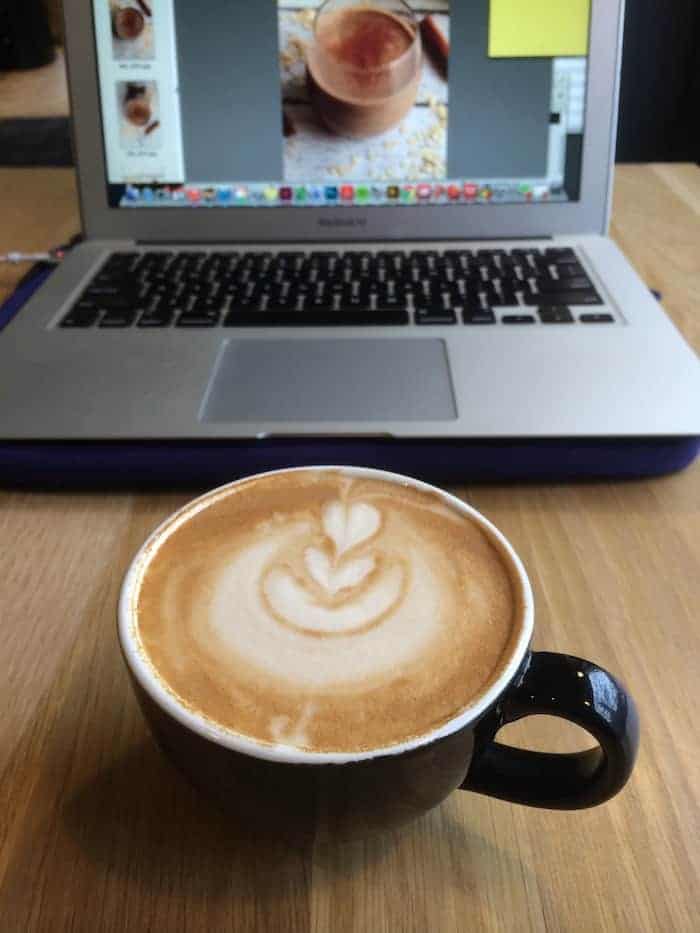 I went to the new Stauf's in German Village to get some blog work done before Alchemy and it's stunning! It's really bright and open, which is everything I want in a coffee shop/blog office. I sipped on a delish soy cappuccino to get my creative juices flowing. 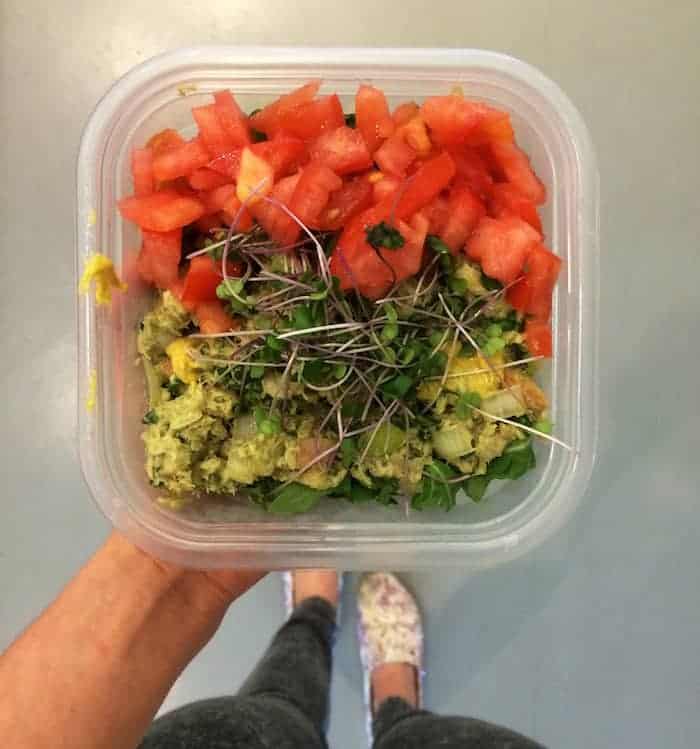 Lunch was a hodge podge of loaded veggie avocado tuna salad (without the carrot and cucumber) over some arugula with tomato and micro kale. That suff will never get old. 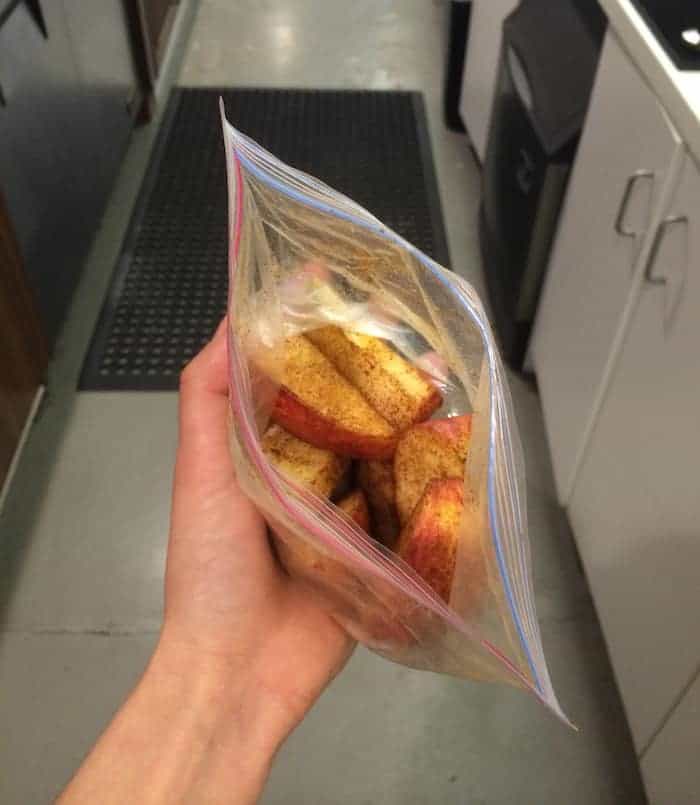 So lately I've been slicing up a big organic gala apple, putting it in a baggie, and sprinkling it with lots of cinnamon. I love being able to eat the slices rather than the whole apple and the cinnamon keeps them from getting brown. Do it! 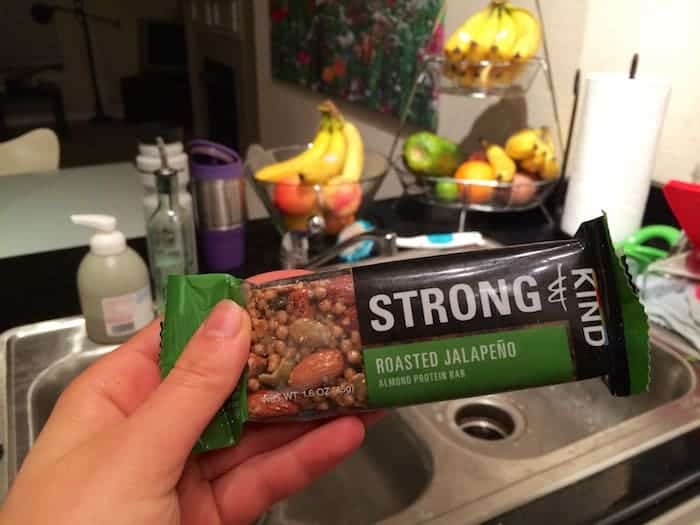 I also had a KIND B-Strong bar to fuel me through the insanity that is the Alchemy dinner rush. Lord help me. 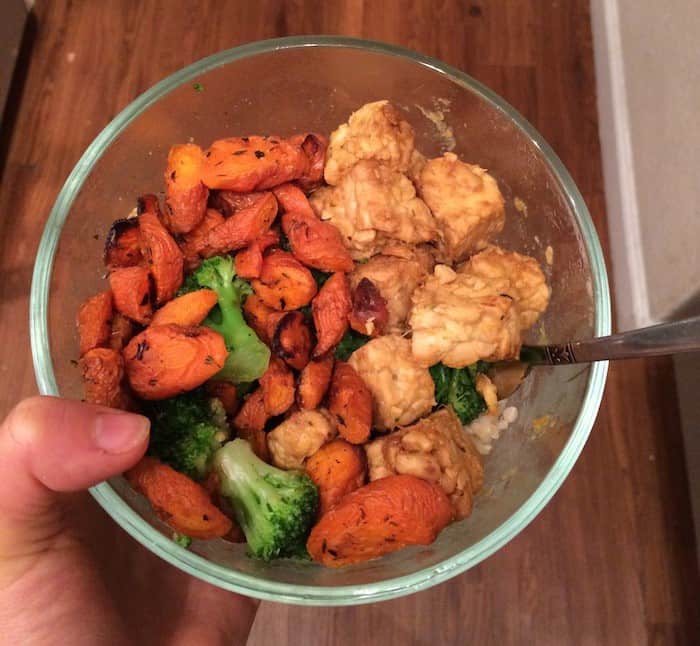 I didn't end up eating dinner till 9:30pm when I got home from work, which was really rough.  That's also why this post was published late! Oopsies. I chowed down on some sticky orange tempeh (minus the maple syrup) with maple thyme roasted carrots that I had thrown in a Tupperware with frozen brown rice and broccoli. This recipe is an olide but such a goodie.

See you tomorrow for some serious noms!