I listened to the entire "Shake It Off" song in all its overplayed glory on the way home from Alchemy today. 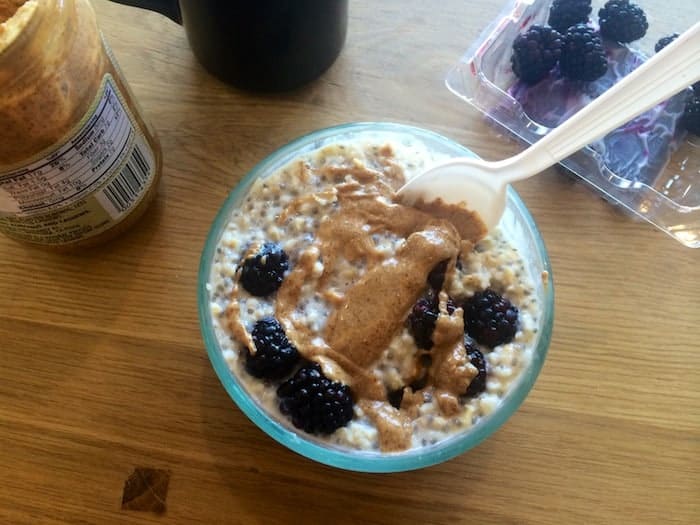 I normally would have changed the station after the first beat. Now don't get me wrong---I love me some T. Swift. But I'd rather burn the roof of my mouth on mediocre coffee than hear that song in its entirety.

That's how distracted I was. My brain was buzz buzz buzzing about an upcoming catering event we're planning for Alchemy. It's only for 100 FREAKING PEOPLE, no big dealio.

I'm kind of freaking out. If I seem insane, it's because I'm insane.  And did I mention the news decided to pop in today, too? Oy vey. 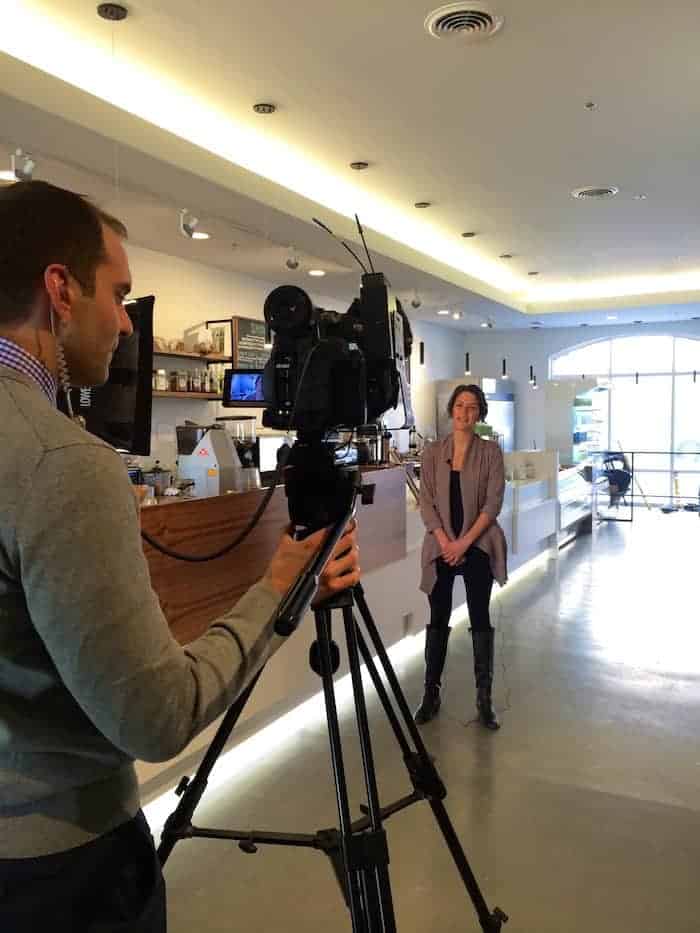 Onto the eats! Breakfast was the same thing I show you guys wednesday after wednesday on these fuh-reezing cold days....make-ahead steel cut oatmeal with chia seeds topped with almond butter and blackberries. One second the oatmeal is there, and the next second it's gone fishin' in my belly. It always happens so fast. Makes me sad.

I ran around all morning like a chicken (like a tofu?) with my head cut off because there are always a bajillion and a half things for me to get done on the operations and administrative side. Order more 16oz to-go acai cups. Send the invoice for the green smoothie class. Figure out who's juicing tomorrow. Write the schedule. Make a prep list for the catering event.  Plan my nutrition counseling class. Send a follow-up email to a nutrition counseling client. Make Mediterranean quinoa salad. Order more water bottles. EAT OATMEAL.

Sometimes I literally make to-do lists that include drinking water and going to the bathroom. It's crazy the things I'll put off when I'm busy! Oh I can pee later, this order is more important. Bad, bad decision. 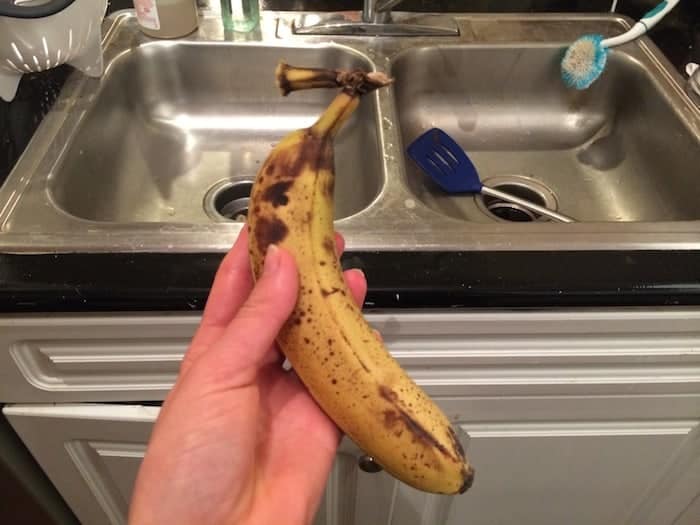 The morning flew by and before I knew it, it was 2pm and I had a follow-up nutrition appointment. In an effort to abide by my own rules and eat every three to four hours, I snagged a banana and a big cup of water to hold me over through the appointment. (I totally forgot to take a picture of the banana so I took the picture right before I wrote this post....weird.) 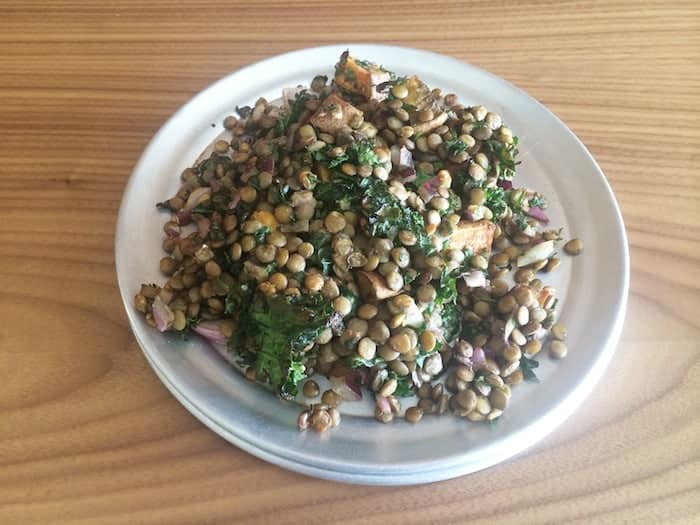 Lunch was sweet potato lentil salad straight from Alchemy! I must admit, it's way more fun eating your food when some one else prepared it.

And thennnnn I had some coffee with soymilk and a banana muffin. 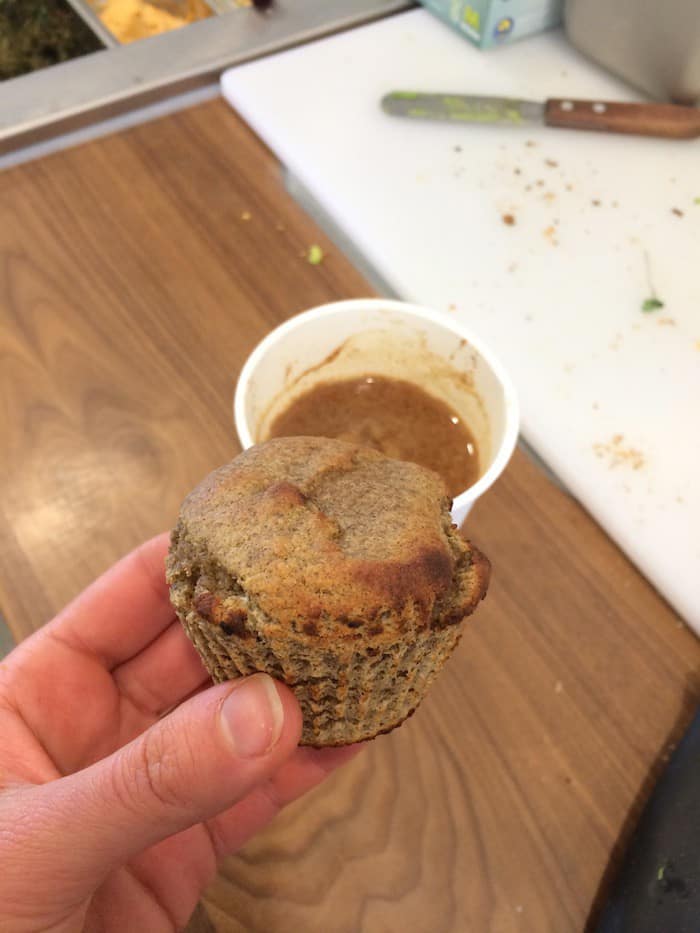 After we put the finishing touches on our beautiful new produce shelves, I sipped on a smoothie made with a cup of water, a cup of frozen blueberries, a tablespoon of cacao powder, a scoop of Skoop protein powder, a handful of spinach, a tablespoon of hemp seeds, and ice. It was like a yumtastic slushie of sorts. 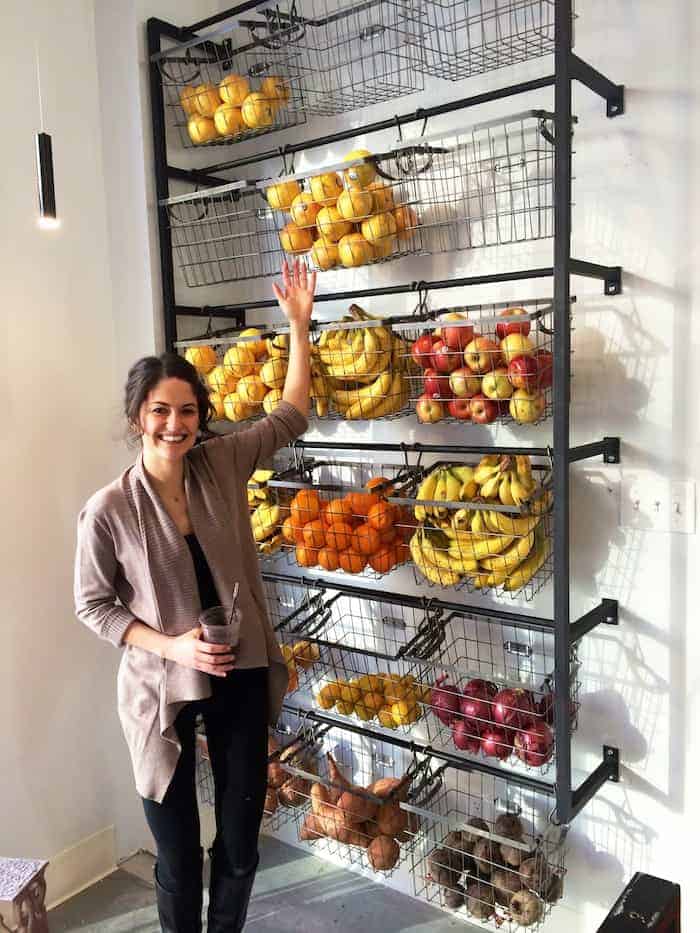 I made a huge salad for dinner that was actually really, really delish. I had some romaine that was about to die in the fridge so I chopped it up along with some tomatoes, leftover roasted sweet taters, a broccoli cheeze veggie burger (recipe coming soon!), a fried egg, and Hilary's vegan chia ranch dressing. It was an epic combo! If you've never put a fried egg on your salad, I feel sad for you. 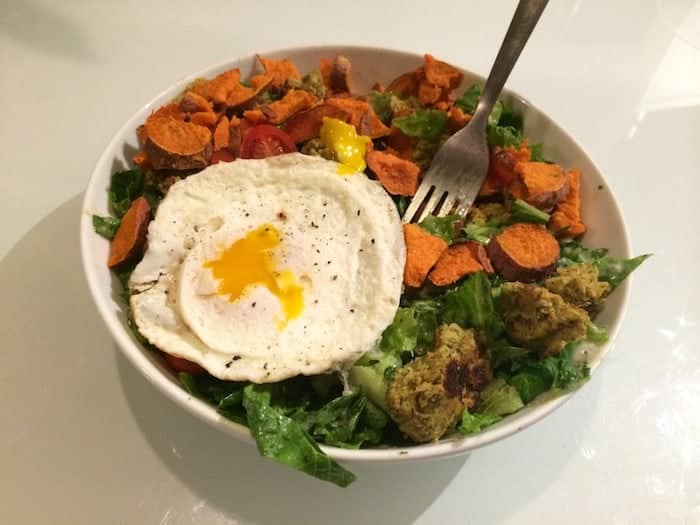 To conquer my sweet tooth, I had two dates with peanut butter, AKA nature's candy. 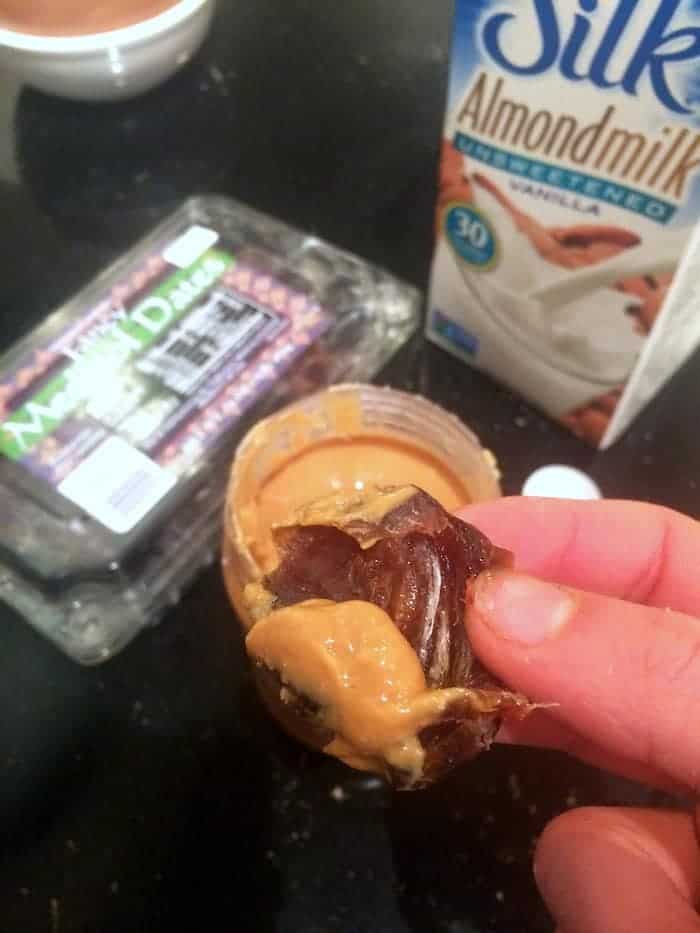 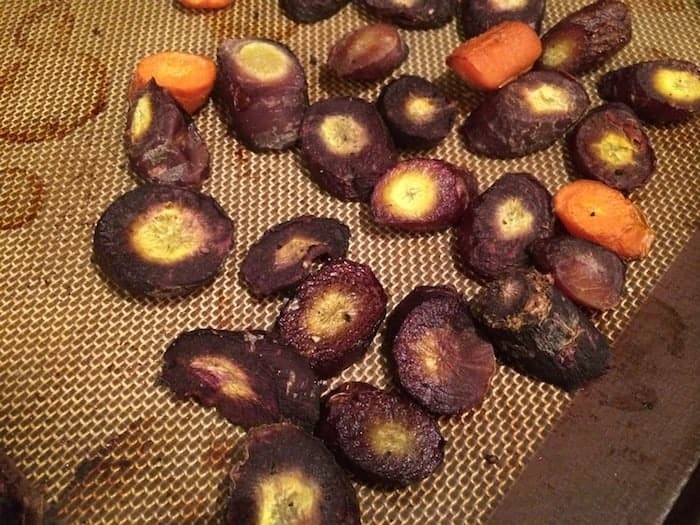 Before bed, I ended up eating nearly the whole pan of roasted rainbow carrots that I popped in the oven before dinner as well. Roasted veg can do no wrong!