It's hot outside and here I am shoving oatmeal in my pie hole. There's no rhyme or reason. Gotta feed the beast. 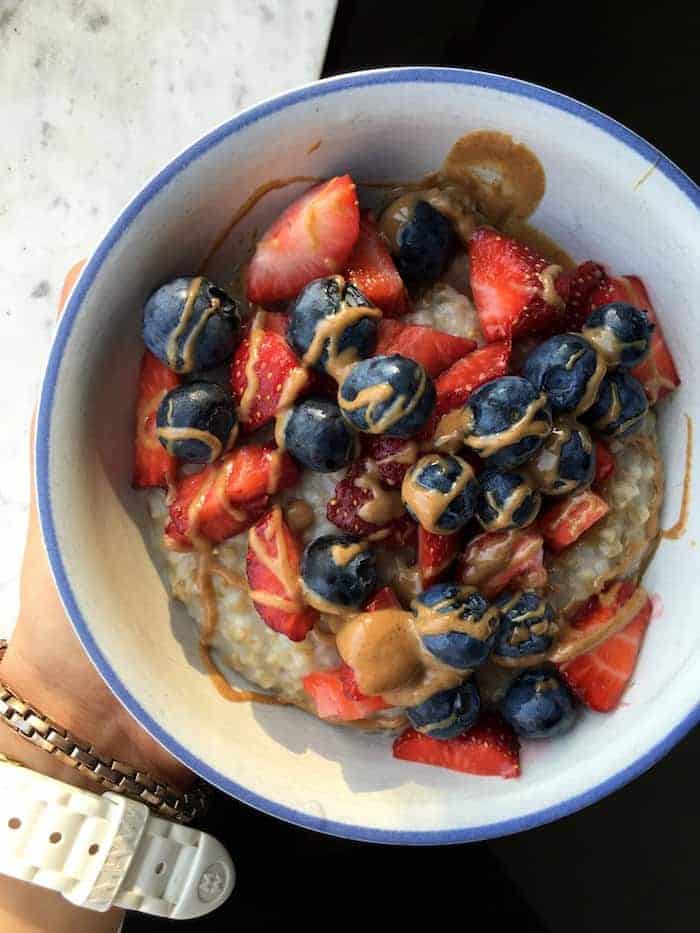 I always do a serving of steel cut oats (I cook them in water with a pinch of salt while I get ready for work since they take 25 minutes) topped with berries (today it was fresh strawbs and bloobs) and some kind of nut butter. I either go for the natural peanut butter from Kroger, Nuttzo, or Crazy Richard's.

Today it was Crazy Richard's almond butter, which is the creamiest nut butter known to man. I also had cold brew coffee at Alchemy to power me through the insanity that was my day leading up to 9:42pm when I showered, finished the other part of my dinner, and started righting this post. Gah!

Bee tee dubs, oats keep me more full than anything else I've noticed. Lurve it. 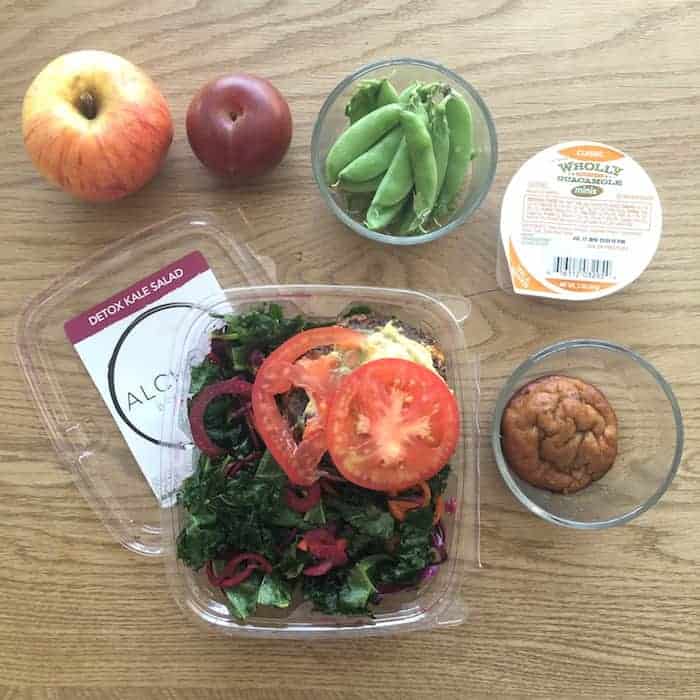 Lunch was an a veggie burger similar to this Avocado Bean Burger with tomato and hummus on top of a Detox Kale Salad, which is fairly similar to this Quinoa and Kale Salad. I also had a Peanut Butter Banana Muffin with cacao nibs added on the side along with a wee little baby plum and an organic Fuji apple.

We got snap peas at the Farmer's Market so I nommed on a baggie's worth plus guacamole in the afternoon. 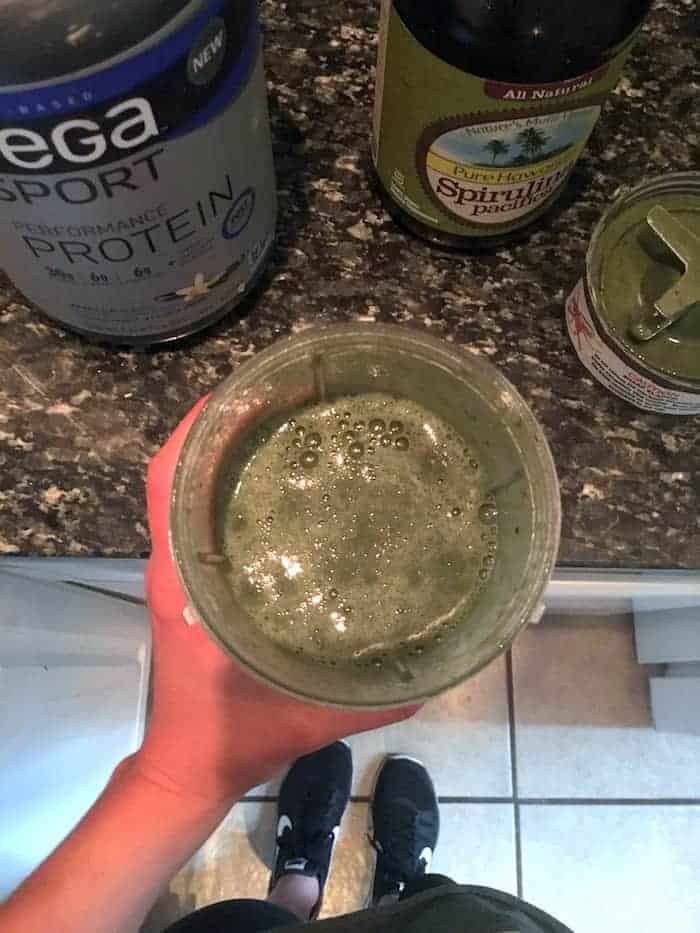 After a sweaty Body Pump sesh at The Fitness Loft, I slurped down my new favorite smoothie. I'm taking a break from my blueberry cacao combo. I know, it's crazy. Who am I.

It was a combination of Simple Truth organic coconut water (on sale!), Dole's mandarin sunshine blend (mandarins, pineapple, strawberries), a handful of frozen cherries, a teaspoon of spirulina, a bunch of frozen spinach, half a scoop of vanilla Vega Sport, and a little knob of fresh ginger and fresh turmeric. FRESH TURMERIC. 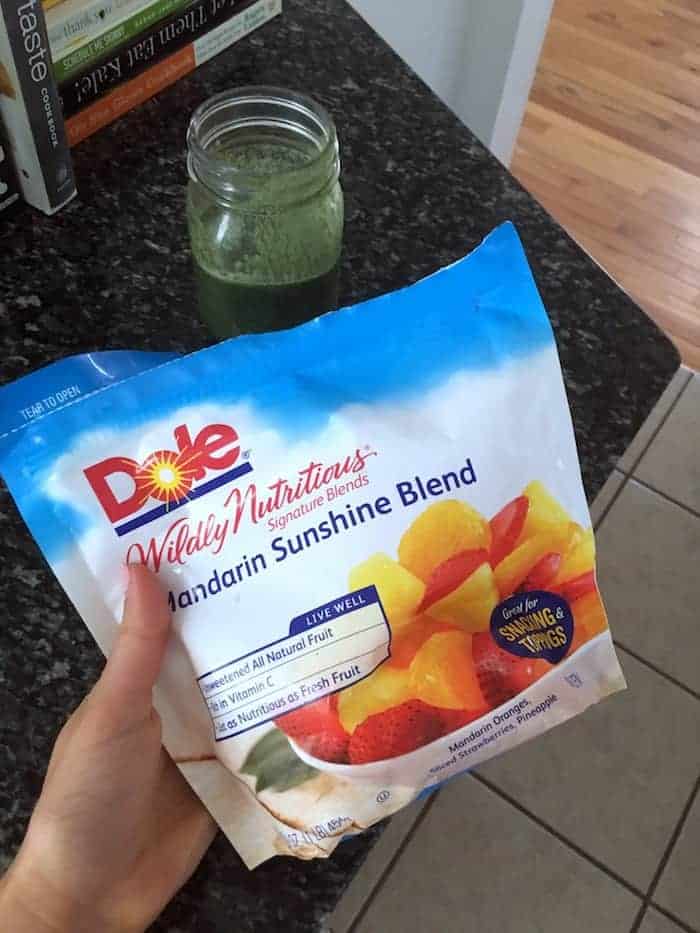 Sounds intense and weird and hard but totally isn't. I picked up a few knobs (they weirdly look like fingers) at Kroger and I just cut off a hunk of both the turmeric and ginger whenever I make a smoothie! They're suuuuper anti-inflammatory and you don't even taste the turmeric. The ginger makes it zingy and oh so refreshing. It's also super affordable. Please try! 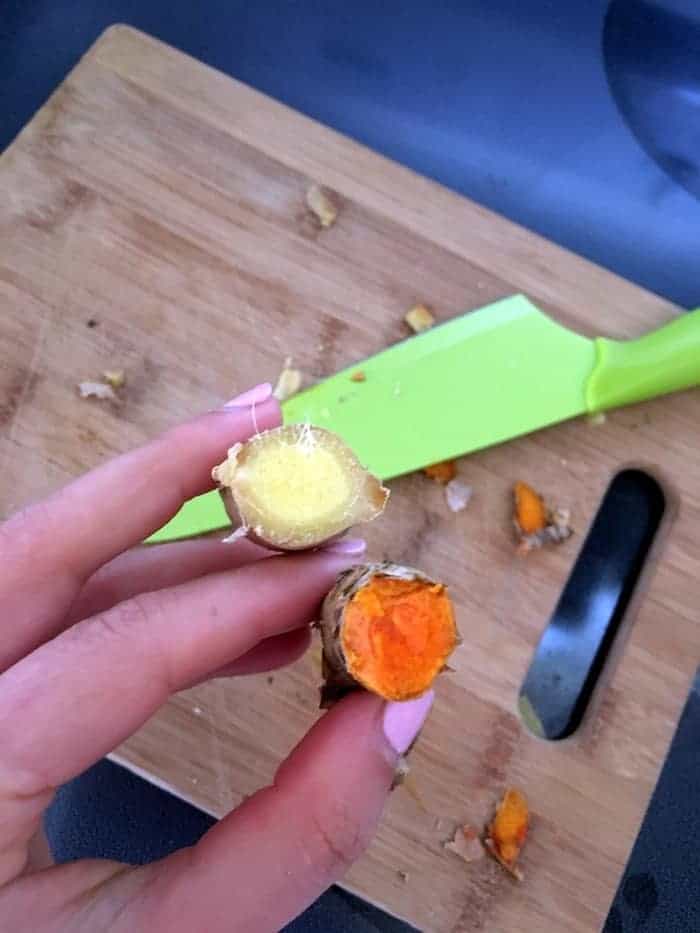 The second part of my dinner was a couple Vegan Enchiladas. I had leftover Vegan Queso so I combined that with a can of spicy black beans and some spinach before stuffing it in corn tortillas and covering with Frontera enchilada sauce. Cover with foil and bake at 350F for 30 minutes. Enchiladas hollerrrrr! 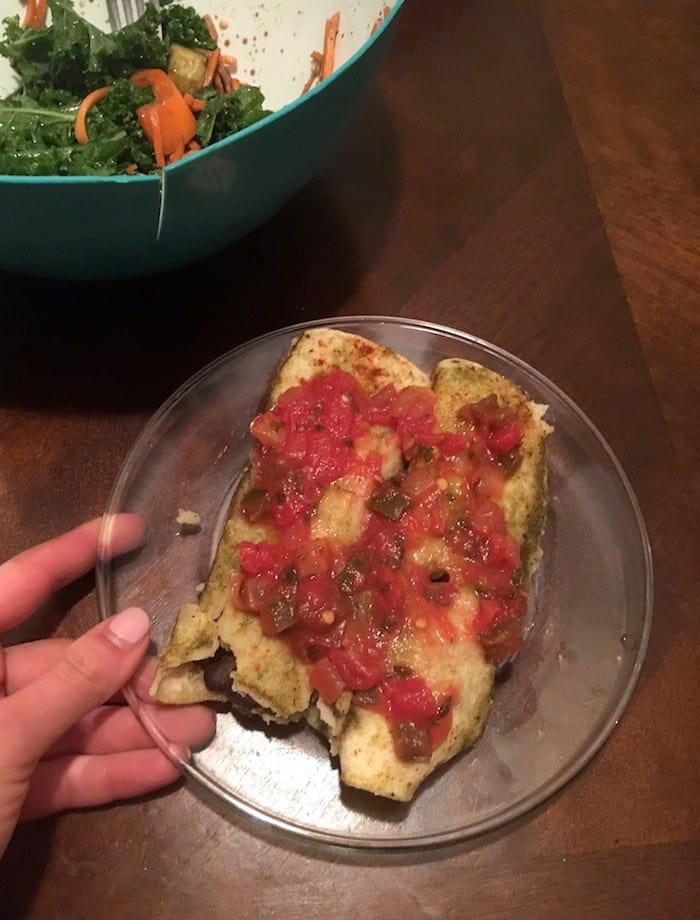 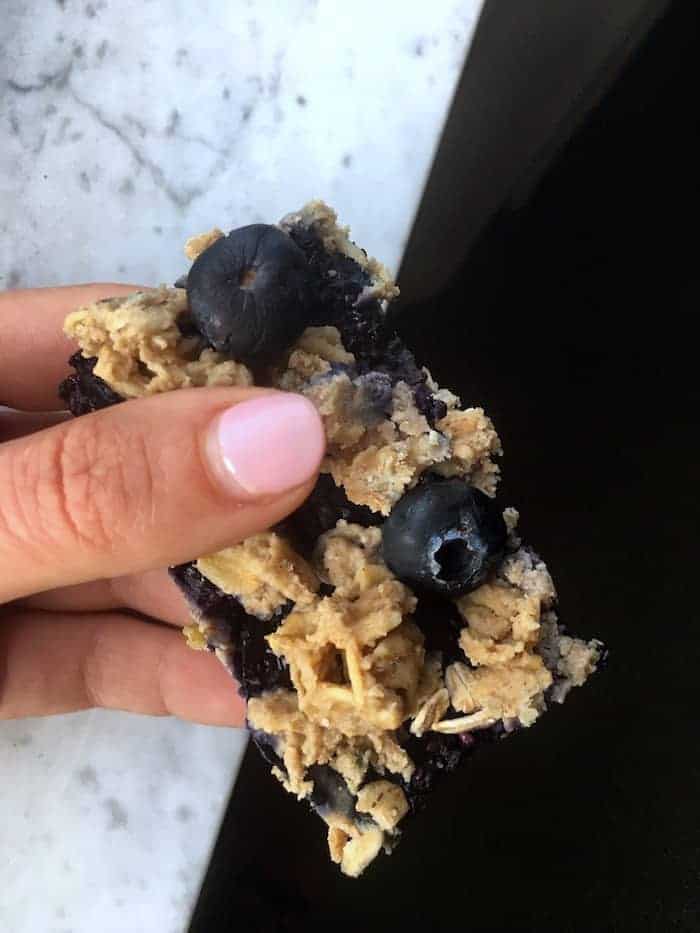