Today was an excellent example of what it's like when I hang around Alchemy all day and never stop eating. 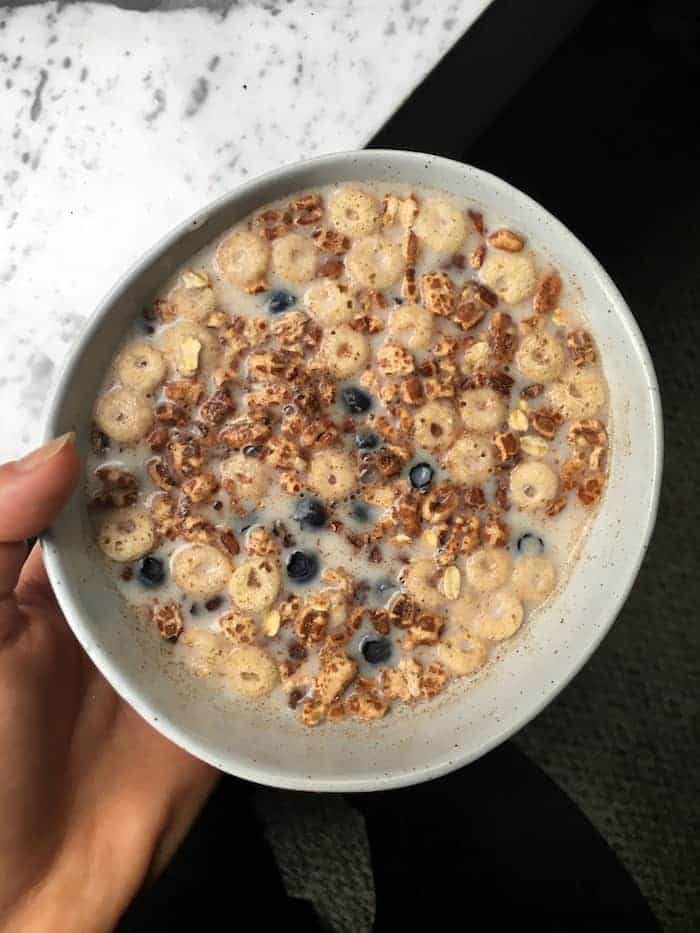 Before I headed in, I broke the fast with my favorite breakfast of choice as of late--DIY oatmeal cereal with fresh bloobs! You know the drill...½ cup uncooked old-fashioned oats, a handful of Power O’s, some local puffed spelt cereal, a sprinkle of ground flax, cacao nibs, pepitas, lots of cinnamon, a Medjool date chopped into tiny pieces (so great for natural sweetness), a handful of fresh bloobs, and lots of unsweetened vanilla almond milk.

Lately I've been putting everything except the bloobs and almond milk in a baggie or bowl the night before to make breakfast super easy. I also had a couple cups of coffee with almond milk on the side. Can't get enough! 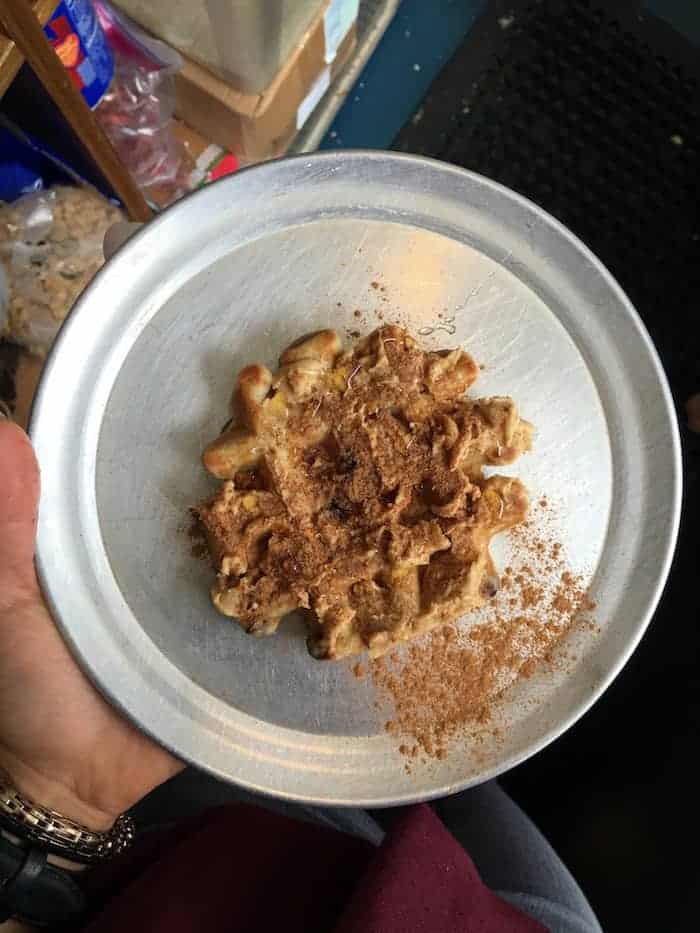 Once I got to the store I sampled a local waffle that we're looking into selling. It was the chocolate chip flavor and obviously we put honey and cinnamon and nibs on top. 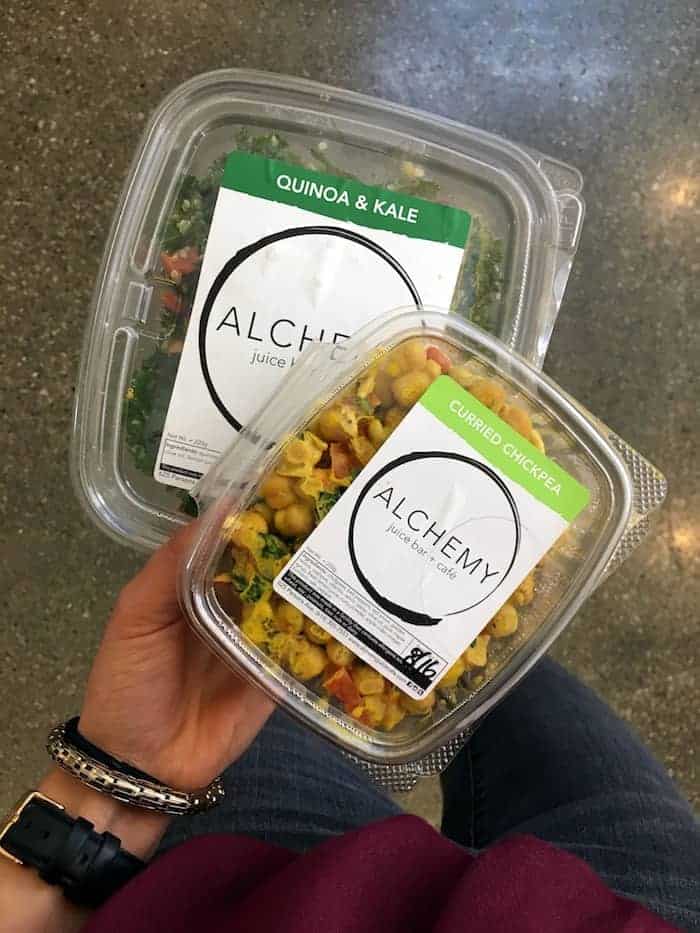 Lunch was bits and pieces of a million thangs but Curried Chickpea and Quinoa Kale Salad played the starring role. So many noms! 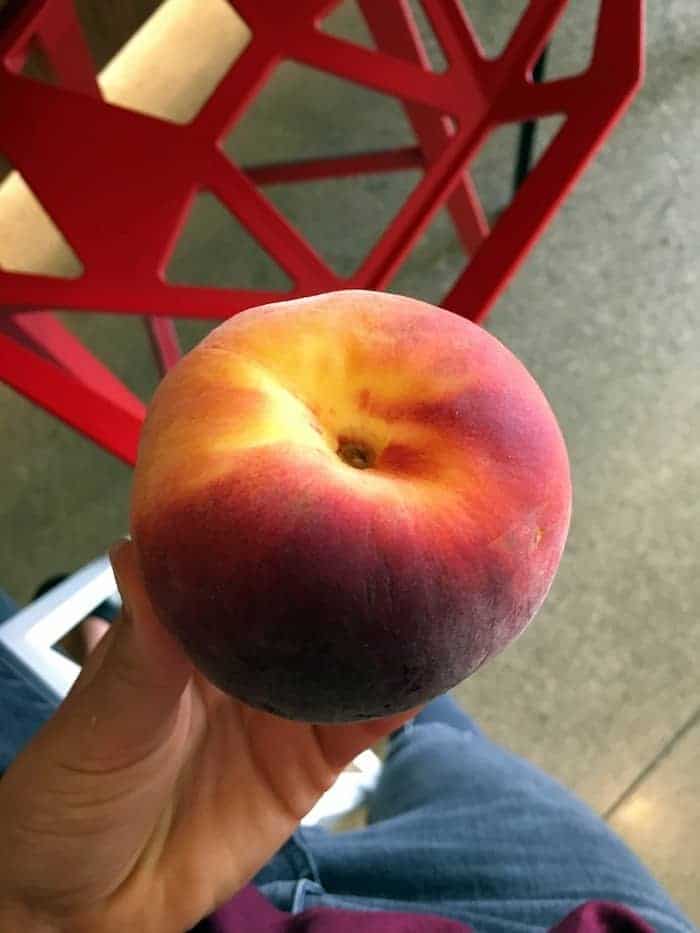 I also had a less than exciting peach (I thought it was going to be juicy and it wasn't at all) plus celery and peanut butter. 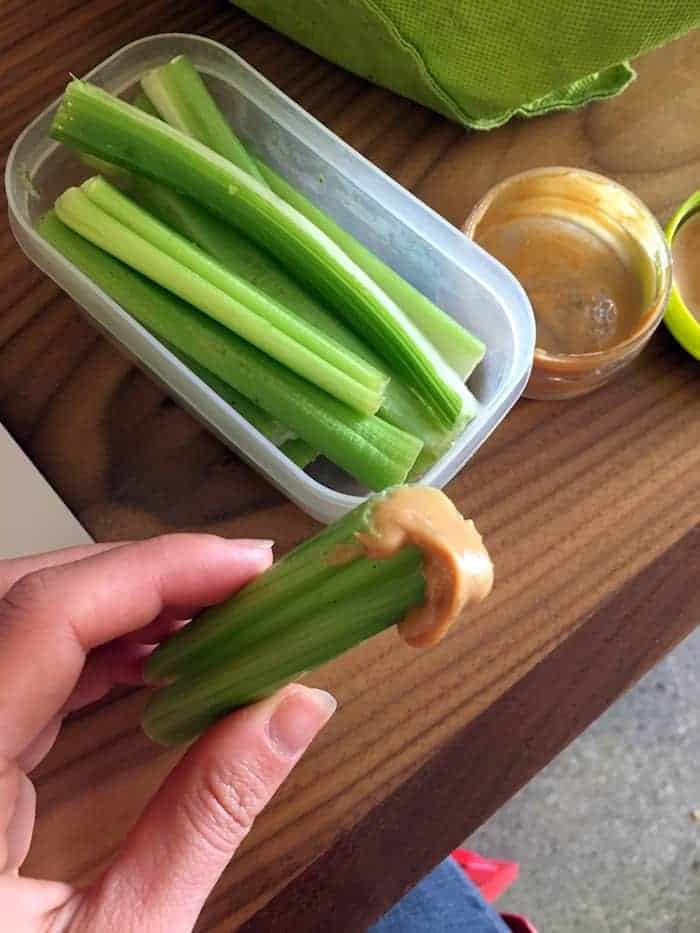 An hour later I snacked on a No-Bake Salted Fudge Protein Bar but forgot to snap a picture. I'm so addicted to chocolate it's not even funny. 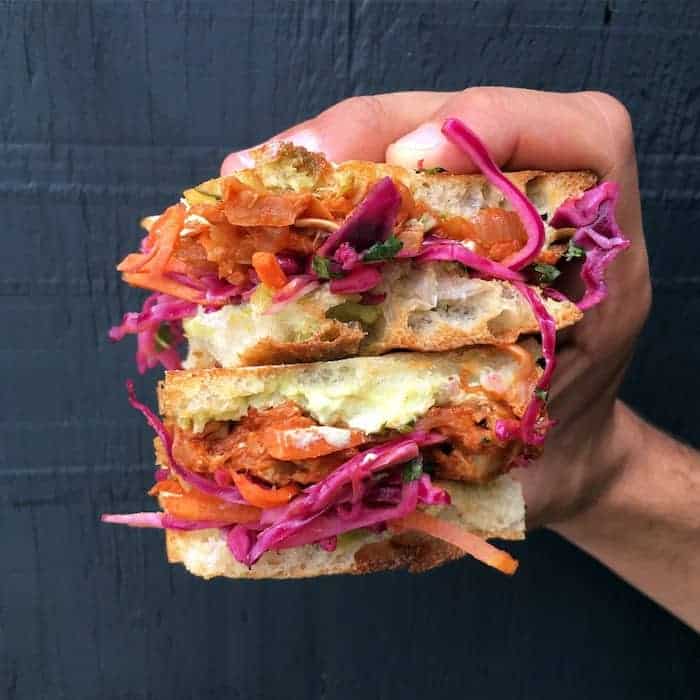 I needed to photograph our brand spankin' new BBQ Jackfruit sammie with herbed cashew cream and carrot cabbage slaw for Instagram and maybe sort of kind of ended up eating the entire thing even though I said I was only gonna have a bite. Like that has EVER happened. 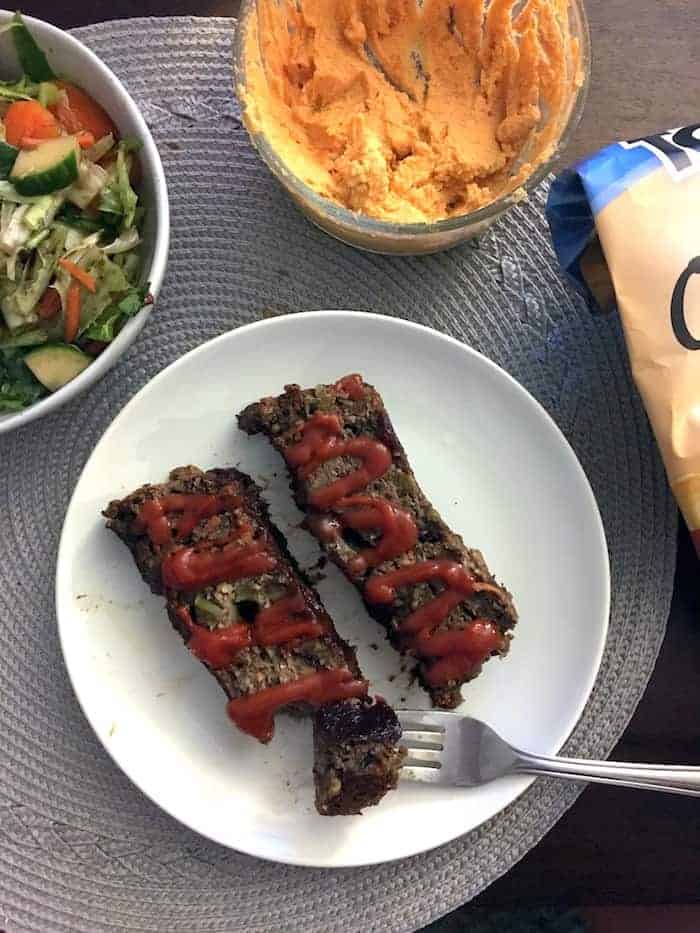 When I got home from Body Pump I had the boyf whip up a big salad (he's the salad king) while I heated up a Mexican turkey thing I made for him and some lentil loaf with extra sriracha and ketchup from The Oh She Glows Cookbook for me. 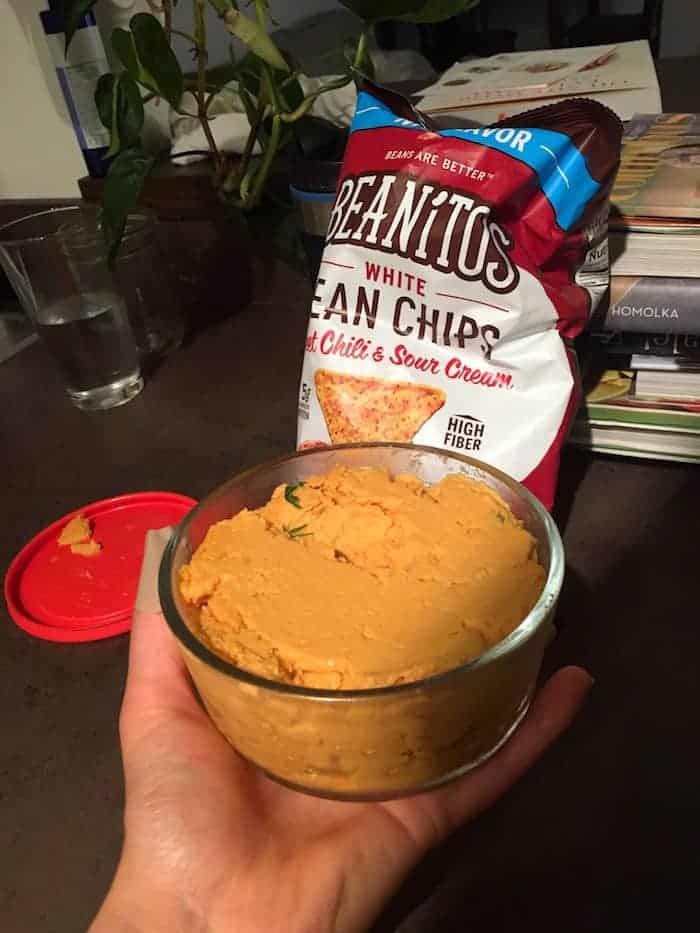 I also had a shiz ton of Vegan Buffalo Cauliflower Dip with both Beanitos and some leftover baked tortilla chips. That stuff is SO addicting and it lasts forever in the fridge thanks to all the hot sauce!