Hola lovelies! Lately my smoothies resemble a green carpet from the 1960's (direct quote from my Whole Foods friend Tiffany). Love her. 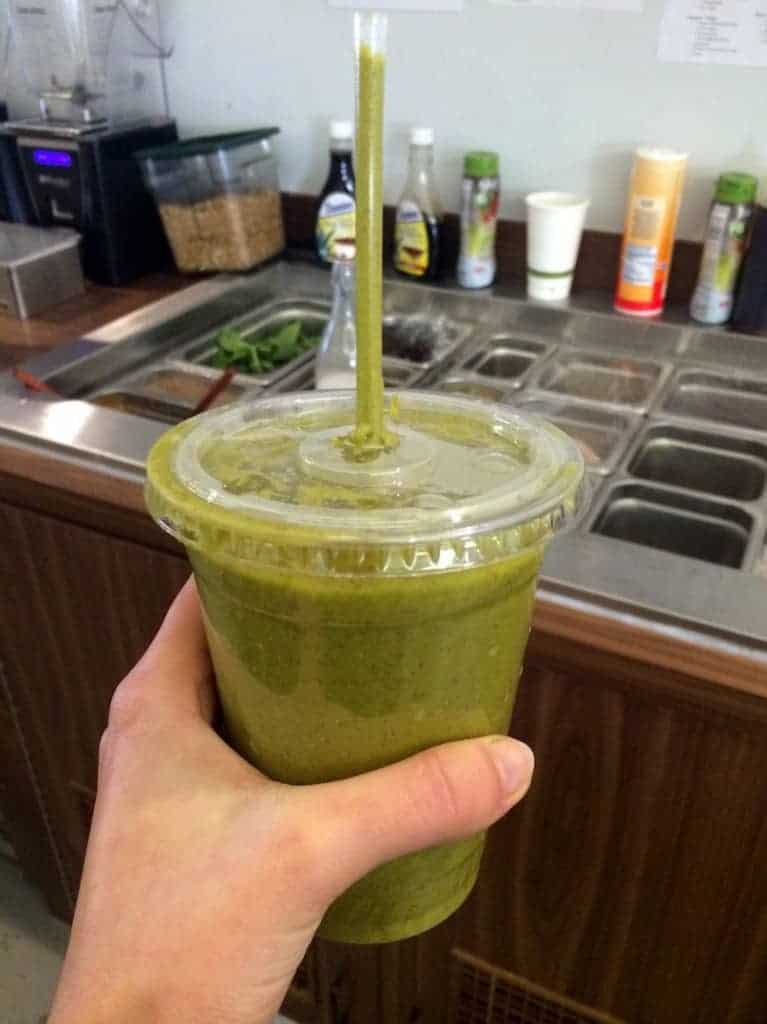 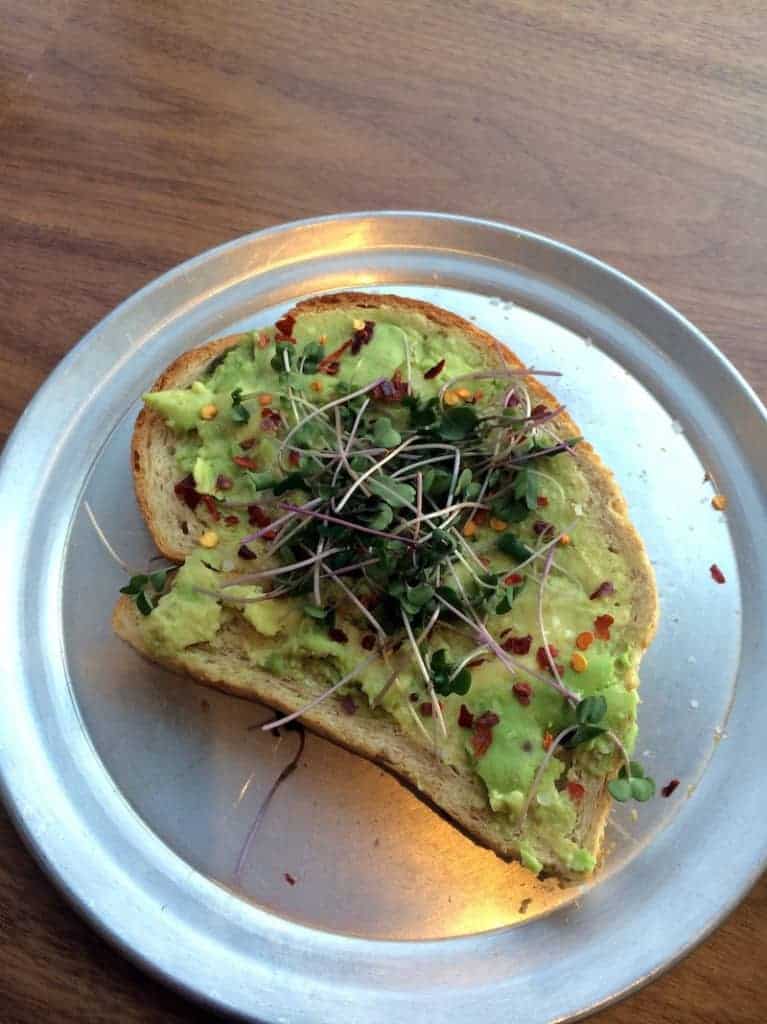 I also snacked on some lentil, quinoa, and veggie soup that I made for Alchemy's soup of the day. 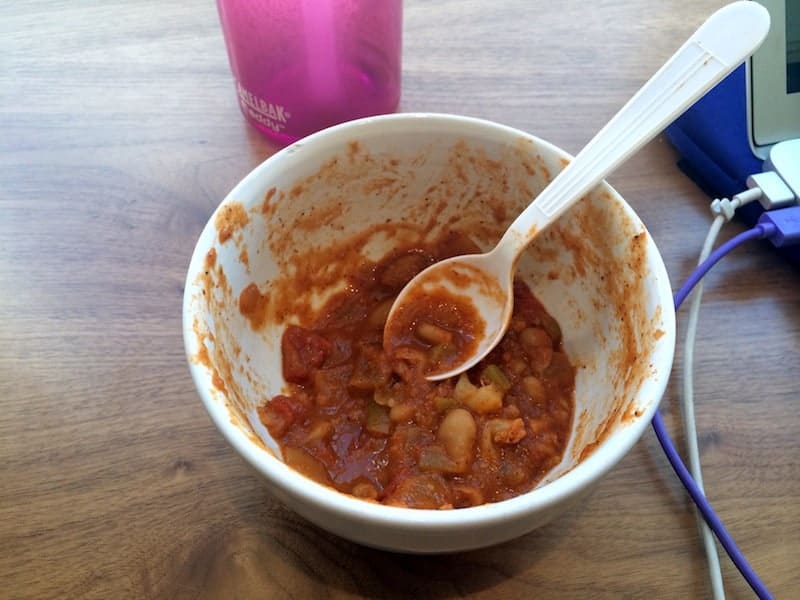 Lunch was half a mason jar of this radically scrumptious Crockpot Buffalo Cauliflower Chili. This recipe couldn't be easier and it tastes incredible! Perhaps it's the half cup of beloved Frank's hot sauce.  It was a huge bowl but I ate nearly all of it before I remembered to take a picture! Story of my life. 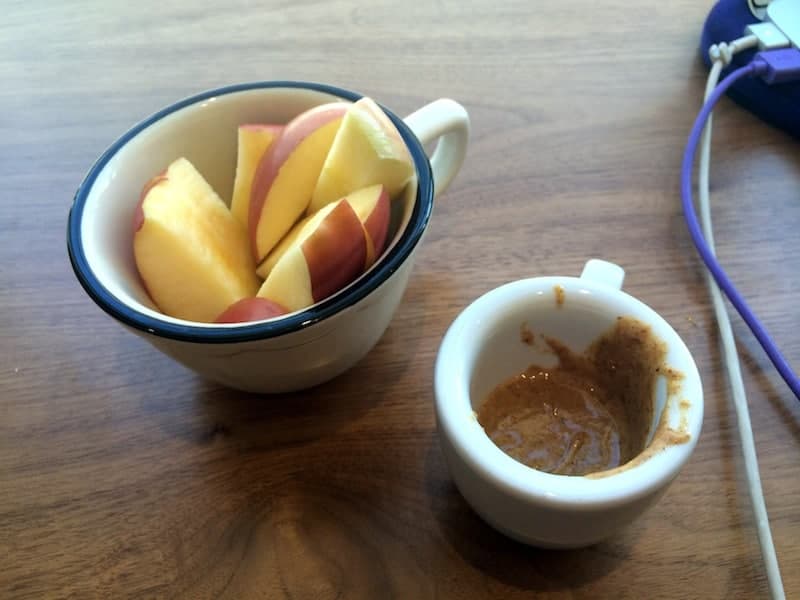 Last week I got a bag of organic fuji apples from Kroger and they're my new favorite! Super crisp and perfectly sweet. They're also the best size for snacking. I sliced up two and dipped them in almond butter for an afternoon snack. 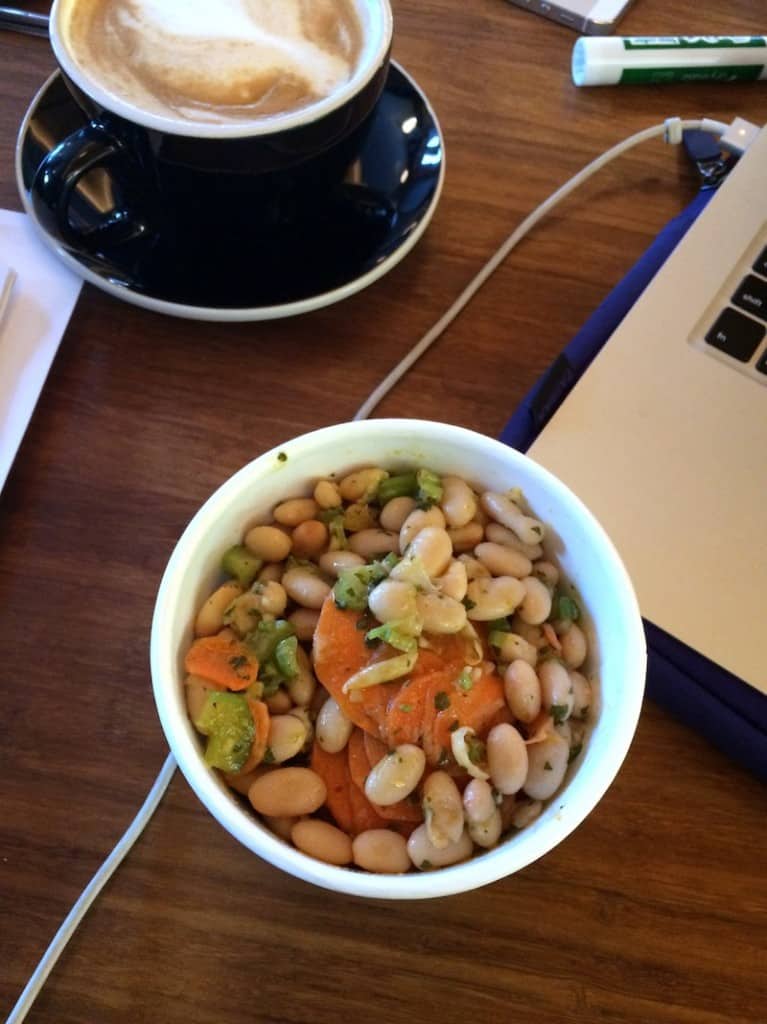 I stopped at The Market Italian Village for a meeting, so I couldn't help but snack on a bowl of their lentil and bean salad. It probably wasn't the best idea to eat a cup of beans an hour before Body Pump. Definitely not. I also had a few sips of my friend soy latte. 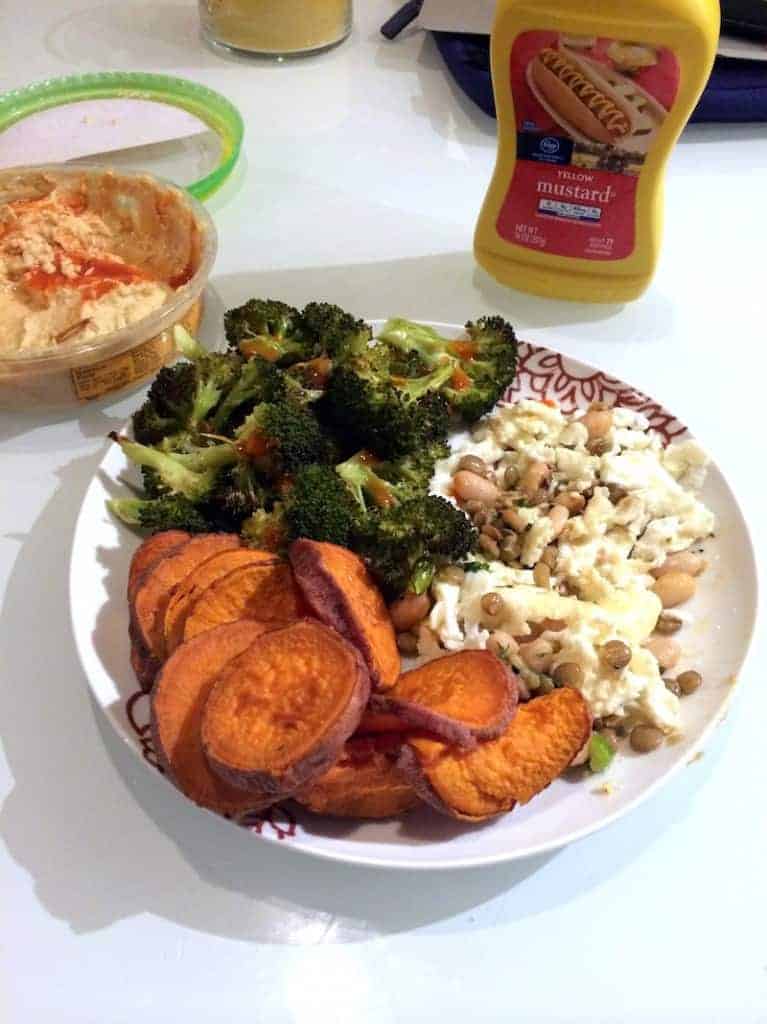 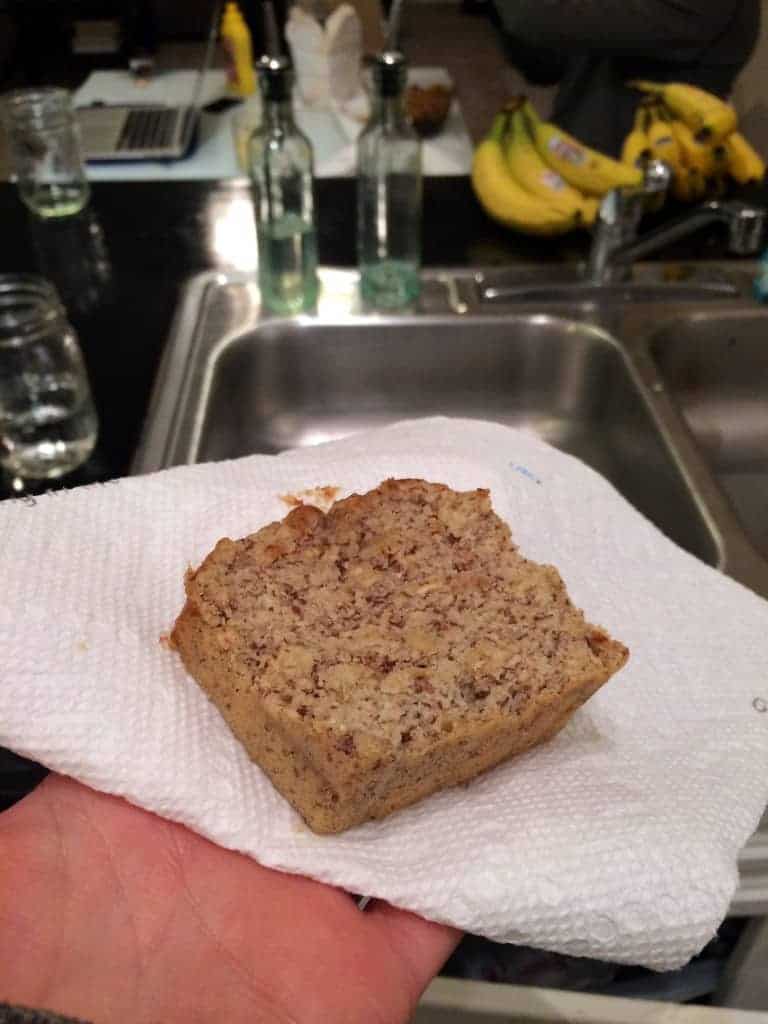 Before bed, I snacked on two pieces of this fabulous banana bread. I doubled the recipe and used about 30 drops of liquid stevia to sweeten it. It's SO amazing and took less than 10 minutes to make. Do it!!