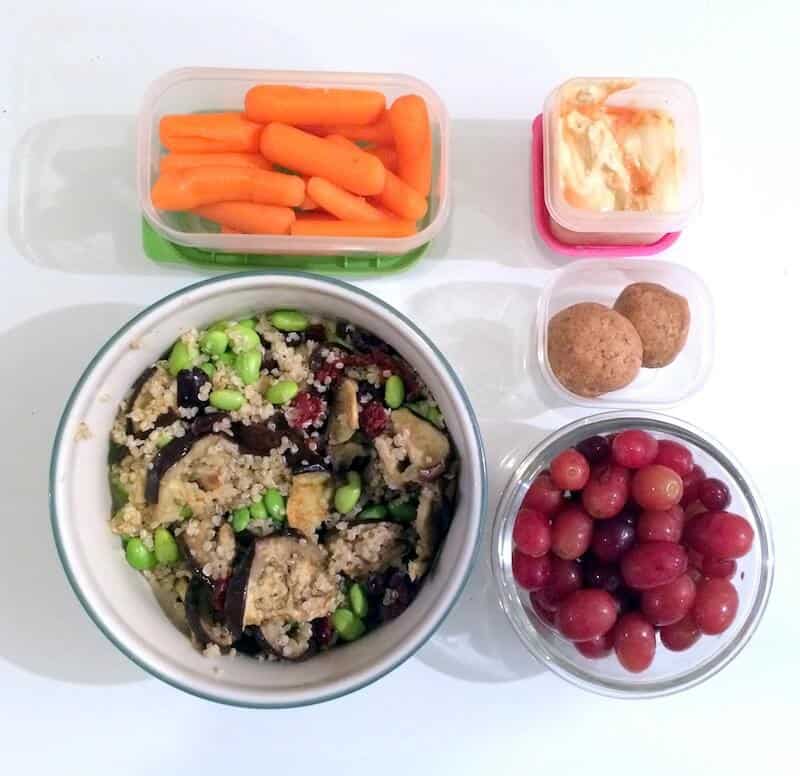 Breakfast was....you guessed it! A blueberry chocolate green smoothie made with 1 cup of unsweetened vanilla almond milk, 1 cup of frozen blueberries, 1 tablespoon each of hemp seeds, chia seeds, and raw cacao, a date, five drops of liquid stevia, a dash of vanilla extract, and a huge handful of baby spinach. Blend 'er up, stick a straw in it and call it day! 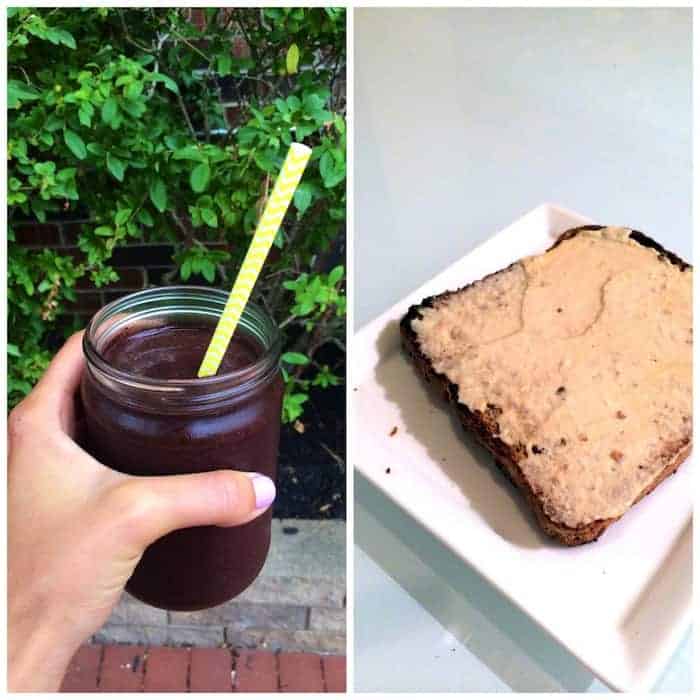 I also had a piece of Ezekiel toast with hummus and hot sauce because ya know, I'm in a serious relationship with carbohydrates. By the way, yesterday was a MAJOR food prep day and it felt so fabulous! First I roasted a bag of broccoli florets, two sliced sweet potatoes, and an eggplant. Then I cooked a whole bunch of quinoa to eat throughout the week and made a batch of salmon burgers (with kale and no goat cheese). 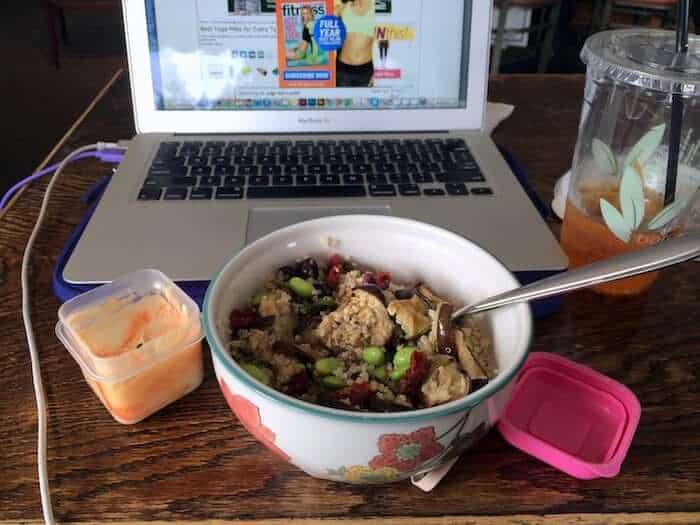 For lunch, I mixed together ¾ cup of cooked quinoa, ½ cup of defrosted from frozen edamame, a bunch of TJ's sun dried tomatoes, and chopped kalamata olives all seasoned with salt and pepper. I also packed hummus and hot sauce on the side for dipping. It's the best combo!

I often work at coffee shops all day between meetings since Alchemy doesn't officially open until October, so I sipped on a large green rhubarb iced tea while I contacted a bunch of retailers. Snacks for the day included carrots and hummus, a bunch of red grapes, and two lemon vanilla energy balls (super delish). 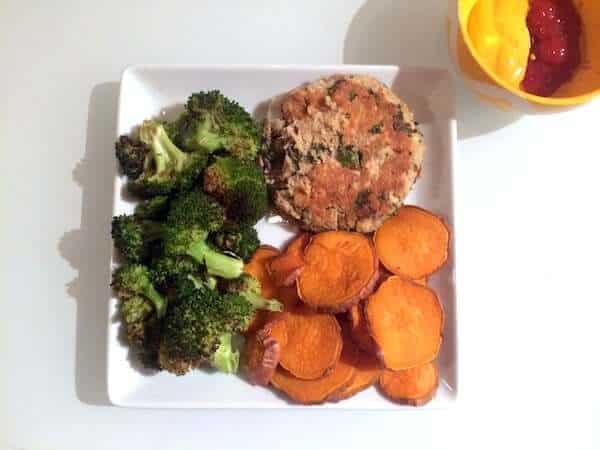 Dinner was a salmon burger with roasted broccoli and sweet taters. Hit the spot after some serious Body Pump sweat! 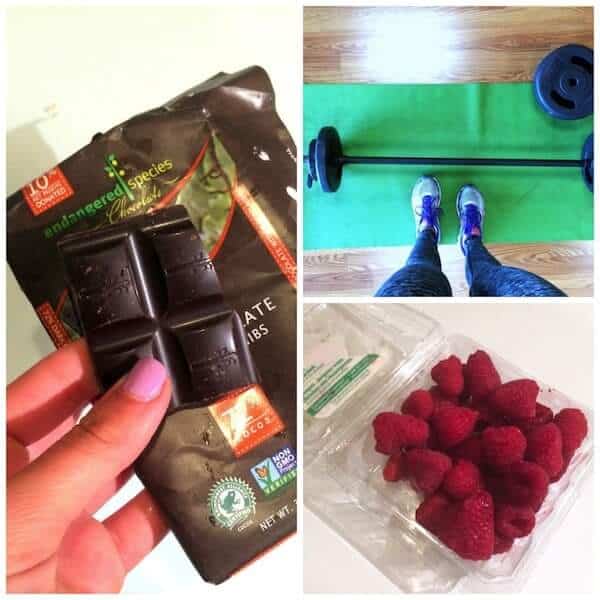 Then I snacked on some raspberries, unpictured pineapple, and dark chocolate before bed. Happy tummy, yo. Speaking of sweets, my Cranberry Chocolate Chip Cookies and No-Bake Pumpkin Pecan Cookies are featured today as #6 and #8 in The Huffington Post's 27 Paleo Cookies You'll Want to Inhale! YIPPEE!]]>